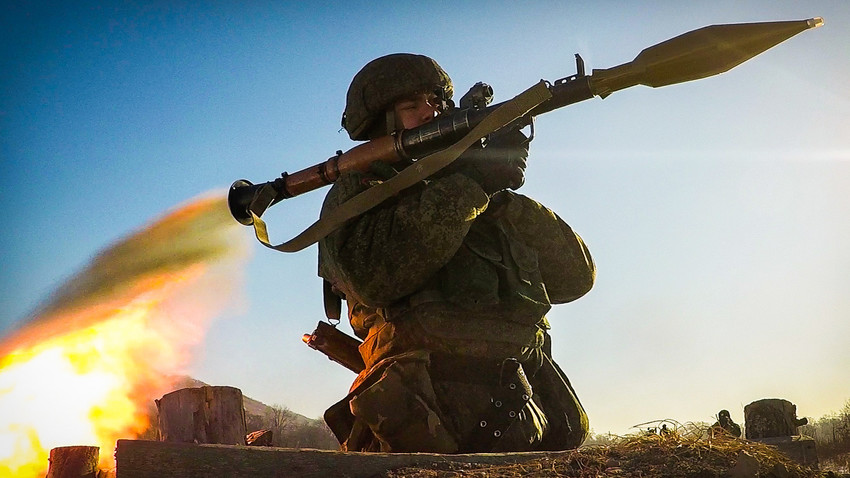 Yuri Smityuk/TASS
At the top of the leaderboard are light machine guns, grenade launchers, and the legendary AK-47.

Russian arms of the 20th century were famed for their power, reliability, and—perhaps most important of all—simple upkeep and usability. This article looks at the three most globally popular Russian weapons of the last century. 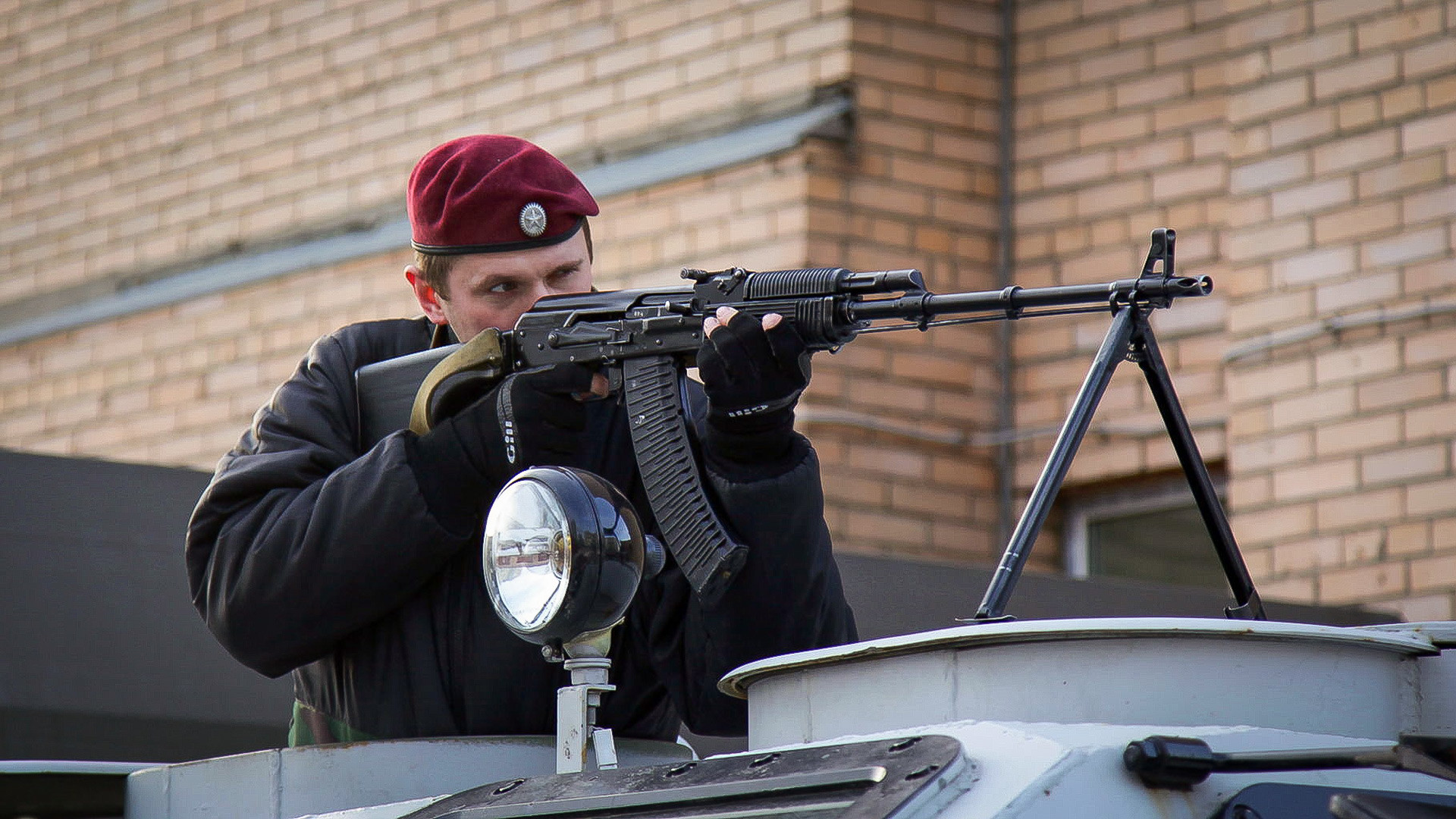 This is one of the most common light machine guns in the world (not to be confused with a regular machine gun!). Six different modifications of this platform currently exist, soon to be supplemented by the all-new RPK-16, which you can read about in this report.

This machine gun was built for two sizes of ammunition: 7.62x39 and 5.45x39mm. It basically the follows the classic Kalashnikov design, but with a few minor alterations. For instance, unlike the AK, the RPK features an elongated barrel with adjustable bipods, a reinforced muzzle brake, and a reshaped buttstock, making it easier to hold during long bursts.

The RPK platform was also fitted with an enlarged 45-round magazine. However, many users of the weapon are sharply critical of the makers for and the small, albeit enlarged, magazine.

The gun is ideal for combat in urban or mountain forest areas. Its kill range is roughly 450m, and the recoil is softer than other machine guns. It is easy to handle when firing both long and short bursts.

The only deficiencies corrected in the new models are the non-replaceable barrel and small magazine.

The firearm can be used as either a heavy (using a tripod) or APC-mounted (using a bracket) machine gun. The weapon was deployed in almost all armed conflicts of the second half of the 20th and is still produced in Russia and other countries. 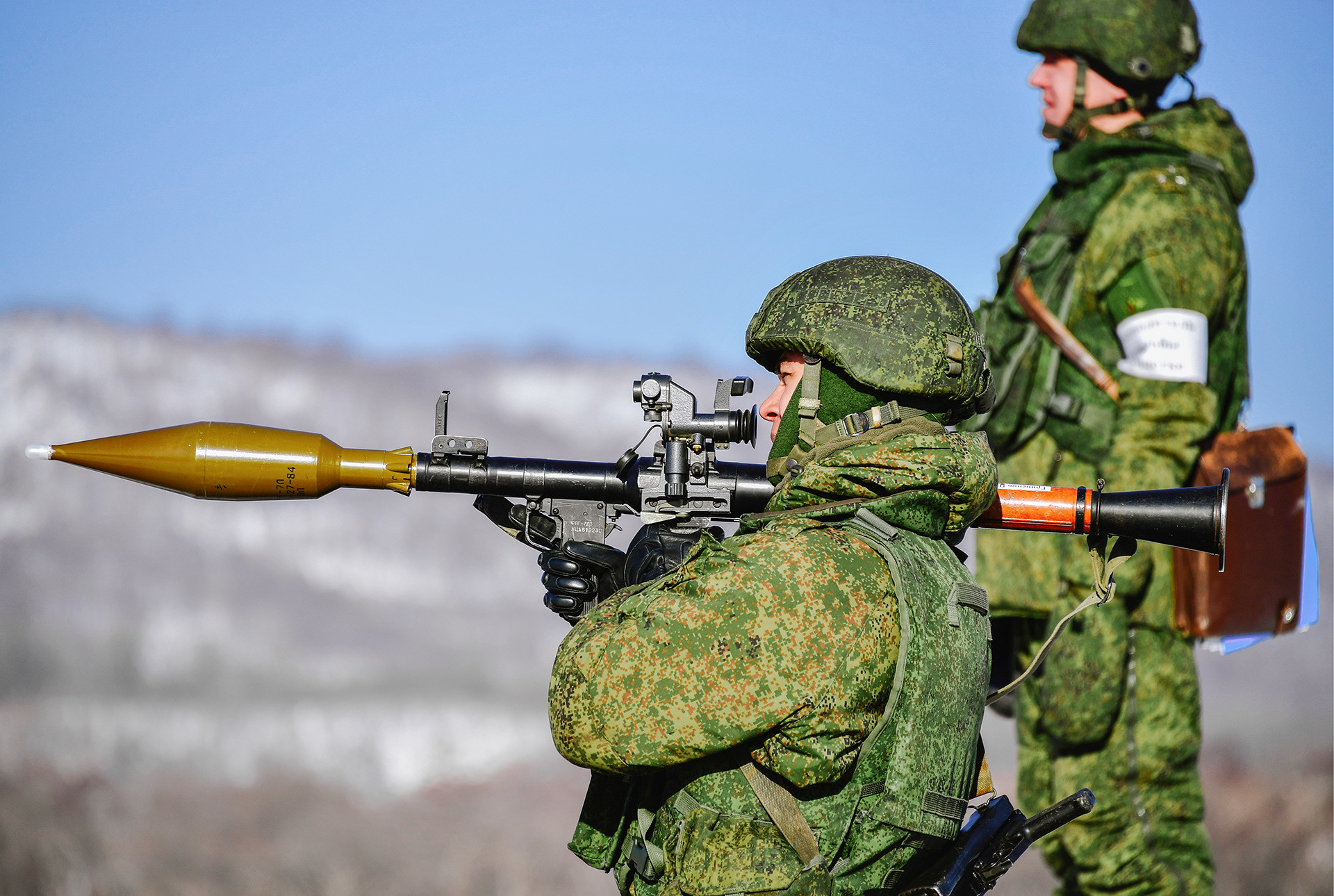 The hand-held RPG-7 grenade launcher is the most widely used weapon in the world. It is often deployed against armored and remains the weapon of choice of the ubiquitous “bad guys” in Hollywood movies. An interesting fact is that its first victims were U.S. since the weapon was used for the first time during the Vietnam War from 1965-1974.

An important feature of the weapon is the low recoil, coupled with easy handling and simple production. The grenade launcher is made up of three sections: a barrel consisting of a nozzle and tube, with mechanical and optical sights; a striker mechanism; and a trigger system with lock.

The grenade launcher’s primary task is to destroy enemy armored vehicles and fortifications. Its effective range is approximately 330m. Although it has been deployed against low-flying targets, such as helicopters and attack aircraft, the advent of man-portable air-defense systems (like the U.S. Stinger) has generally consigned such tactic to the "waste of ammunition" category.

Russia’s top-dog firearm is, without , the AK-47. It was the country’s first 7.62x39mm caliber assault rifle able to operate in rain, slush, frost, and the scorching sun of the Sahara.

It even gave birth to the saying: “As reliable as a .”

The weapon has a strike range of up to 300m, and its ammunition is powerful enough to pierce brick walls and hit enemy targets behind. Because of this and other characteristics, over 100 million units have been sold worldwide, according to a study by Oxford University.

The “classic” AK-47 was made with a wooden foregrip and buttstock, later replaced with laminated veneer lumber. The weapon has undergone many modifications and improvements and is currently preparing for its latest reincarnation under the name AK-12, which you can learn about in detail in our spotlight video.