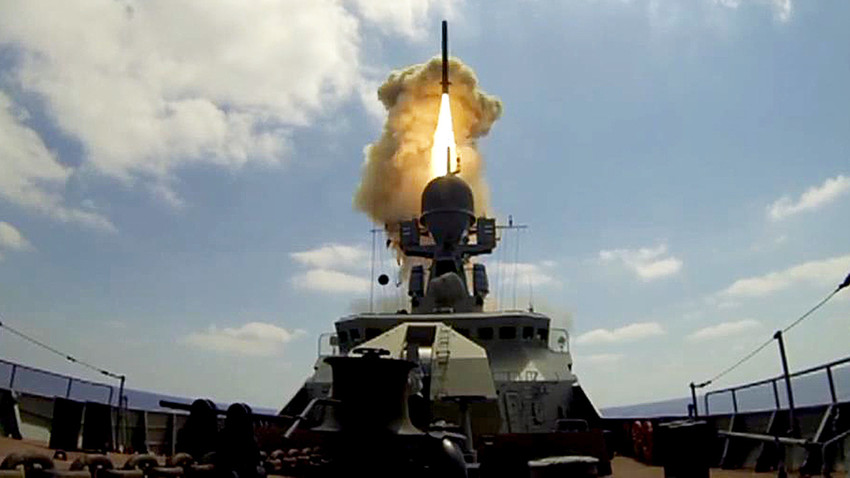 Russian Defence Ministry Press and Information Office/TASS
In recent years, Russia has drastically built up its arsenal of high-precision missiles, and the most cutting-edge of them have already cut their teeth fighting Islamic State militants in Syria.

Russia’s arsenal of high-precision missiles has grown by 30 times in the past six years, it was announced in early November by newspaper Krasnaya Zvezda (Red Star), the main mouthpiece of the Russian Ministry of Defense. The military, however, has declined to give exact figures on the number of missiles available. 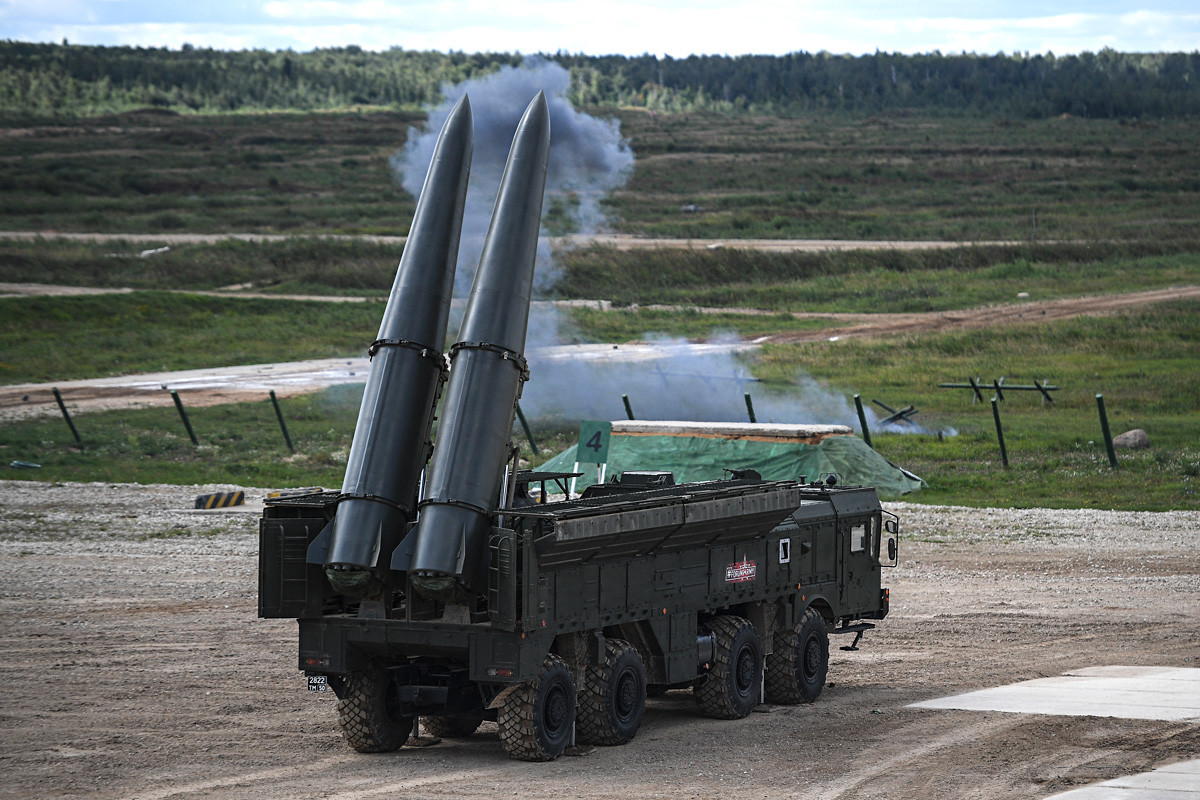 rise is predominantly due to more warheads for the Iskander-M Tactical Ballistic Missile System, which is capable of striking enemy targets at a range of 500 km with ballistic and cruise missiles, including ones armed with nuclear warheads.

Thanks to its awesome firepower, the Iskander-M is one of the pillars of Russia’s defense capability. Moreover, plans exist to upgrade the weapon over the coming decade. The modifications will primarily be to the launch control system, says Dmitry Safonov, a military analyst for the newspaper Izvestia.

“Defense industry specialists worldwide are actively working on electronic warfare means that can ‘disable’ a missile and push it off its flight path. So the first thing will be to enhance the missile’s internal workings and level of protection against the latest foreign EW tools,” says Safonov.

Even despite the development of EW and anti-missile defense systems abroad, analysts rate the chances of downing an Iskander-M missile as very slim.

“Sure, we can’t say unequivocally that they can’t be shot down, but the U.S. Patriot and other missile systems remain fairly ineffective,” Lieutenant General Viktor Yesin, to the commander of Russia’s Strategic Missiles Forces, said in an interview with Russia Beyond. 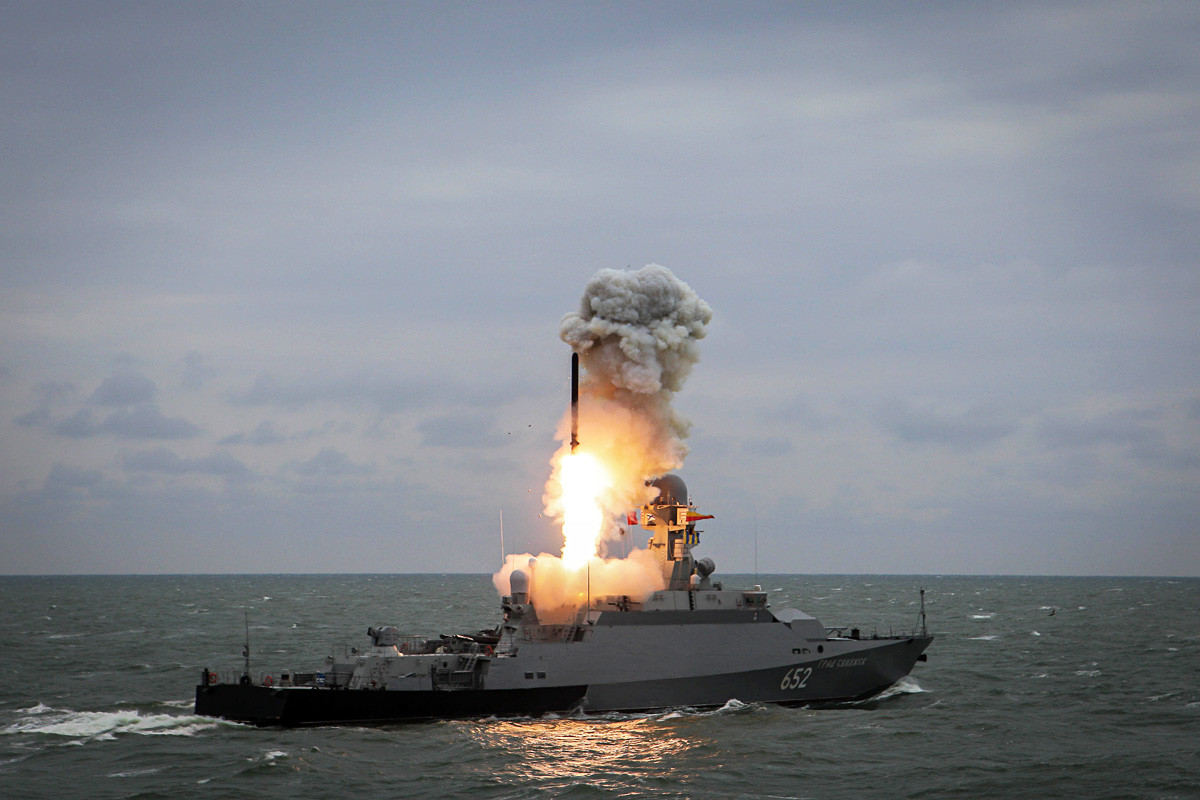 the Iskander, Russia’s defense shield is bolstered by the fearsome Kalibr cruise missiles. These “winged sea monsters” are found on all Russia’s newest ships and submarines.

The strike radius of these missiles ranges from 300 to 2,600 km. What's more, instead of following a downward ballistic trajectory, the Kalibr flies to the target by navigating the local terrain directly above people’s heads.

What the shells are filled with is an important nuance. Technological developments over the next decade will enable each of these missiles to be fitted with a warhead close to nuclear explosive power, thus making it a high-precision, maneuverable weapon without any radioactive contamination. This will allow ground troops to enter the strike zone after the target is destroyed.

Why the need for so many new missiles?

Such a dramatic replenishment of Russia’s missile stockpile has nothing whatsoever to do with any war preparations.

“After the collapse of the USSR in 1991, the country went through a series of economic crises, putting the armed forces and weaponry on the back burner for almost 20 years. Only in the late 2000s, when oil prices jumped to $120 per barrel, did the national coffers have enough cash for a full-scale modernization of the army, which began in 2012 with the appointment of Sergei Shoigu as defense minister and the injection of around 22.5 billion rubles (roughly $350 million at today's exchange rate) in weapons and equipment procurements through 2020,” TASS military analyst Viktor Litovkin told Russia Beyond.

So there is nothing at all surprising about the sudden hike in the number of missiles in Russia. The country is simply making up for decades of lost time, and patching the holes in its armor.