3 greatest victories of the T-34 and its crew

History
Boris Egorov
The T-34 was one of the best tanks of World War II not only due to its outstanding technical characteristics. It was also the exceptional courage of its crews that often allowed these Soviet tanks to do impossible things, such as fighting alone against a whole German division and even winning. 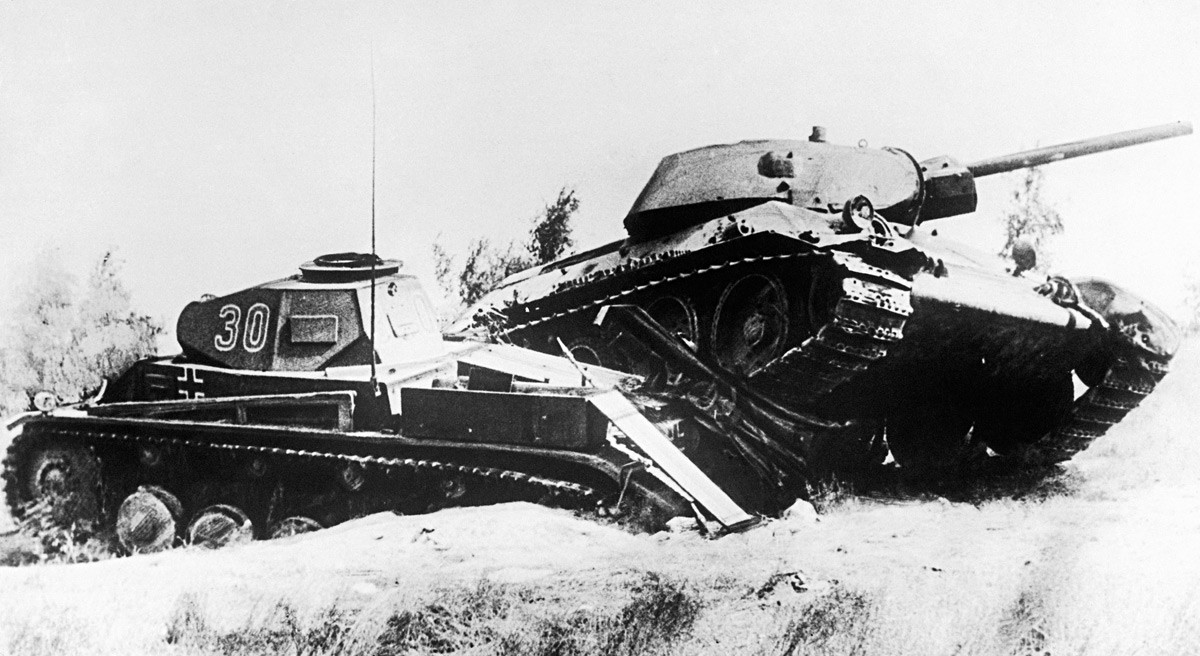 October 17, 1941, the Soviet 21st Tank Brigade appeared on the outskirts of Kalinin (Tver), occupied by the Wehrmacht. The tanks were ordered to make a raid in the enemy rear, circumvent the city and reach their own troops.

During the raid, one T-34 tank commanded by Sergeant Stepan Gorobets lost the main group. Due to failure, the tank crew had no idea that their brigade had been stopped by an air attack and that Gorobets was moving towards the enemy positions absolutely alone.

After Gorobets’ T-34 had destroyed a motorcycle column on its way, it suddenly appeared on the German airfield. Stunned by the audacity of the lone Soviet tank, the Germans, bewitched, watched how the T-34 destroyed two Junkers 87 planes and fuel supplies, and then moved on towards Kalinin.

There, the tank commander realized he was alone, and no support from other tanks would come. To reach his own troops, he drove his tank under heavy fire right across the city center, full of Germans, smashing an artillery gun and ramming an enemy tank along the way.

Finally, the burning T-34, full of holes made by enemy shells, with a broken gun, reached the positions of the surprised Soviet soldiers, who greeted the crew as heroes. 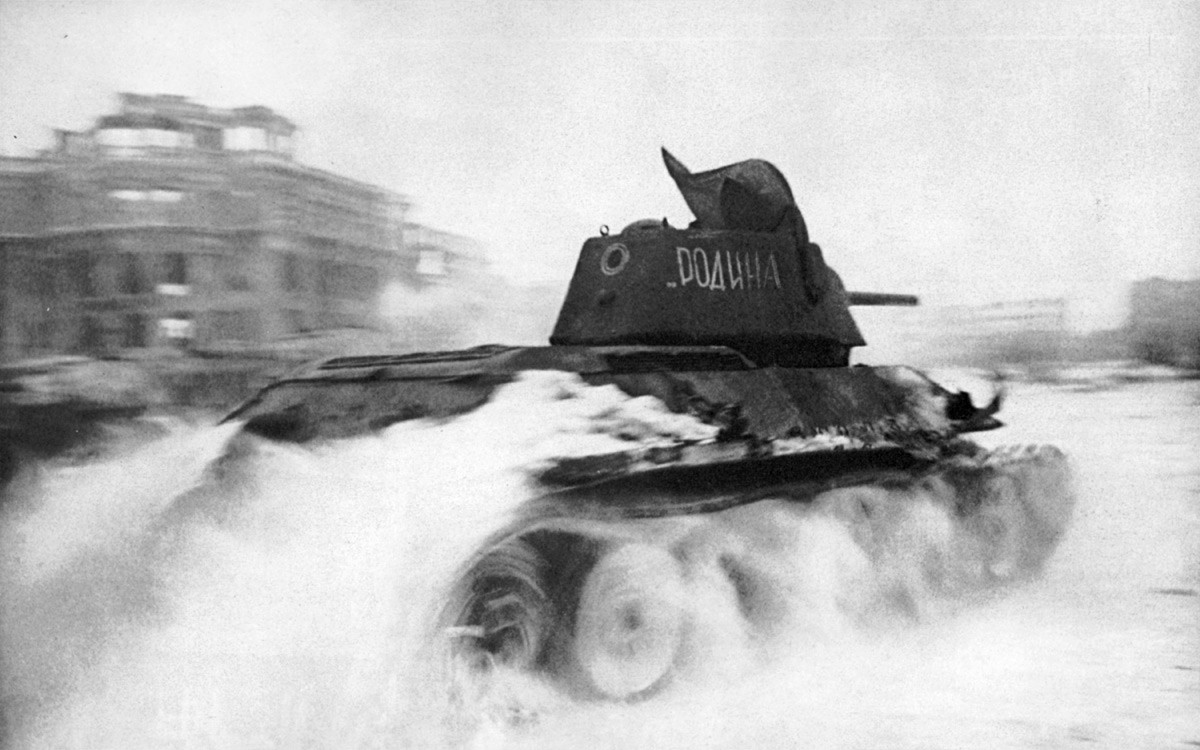 the harsh winter of 1942, a T-34 led by Captain Gavriil Polovchenya got stuck in a river near the town of Andreapol. The crew was waiting for support when the Germans arrived and surrounded the tank.

Polovchenya ordered his crew not to make a sound, although that was very hard to do in such cold in the completely frozen T-34.

Although the Germans couldn’t open the hatch, they decided the tank had been abandoned and dragged it out of the water. On January 15, the Germans sent Polovchenya’s T-34 to Andreapol, while the crew inside continued to keep dead silence.

At the next morning, the Soviet tank attempted a breakthrough. It forced its way out onto the streets of the town, firing and smashing the panicked and enemy. Over 20 soldiers, 30 military cars and trucks, and 10 artillery guns were destroyed, as the tank moved to the Soviet positions.

Moreover, the Germans were so shocked that they couldn’t properly resist the advancing Soviet troops, which easily liberated Andreapol the same day.

3. Fighting two weeks in the swamp 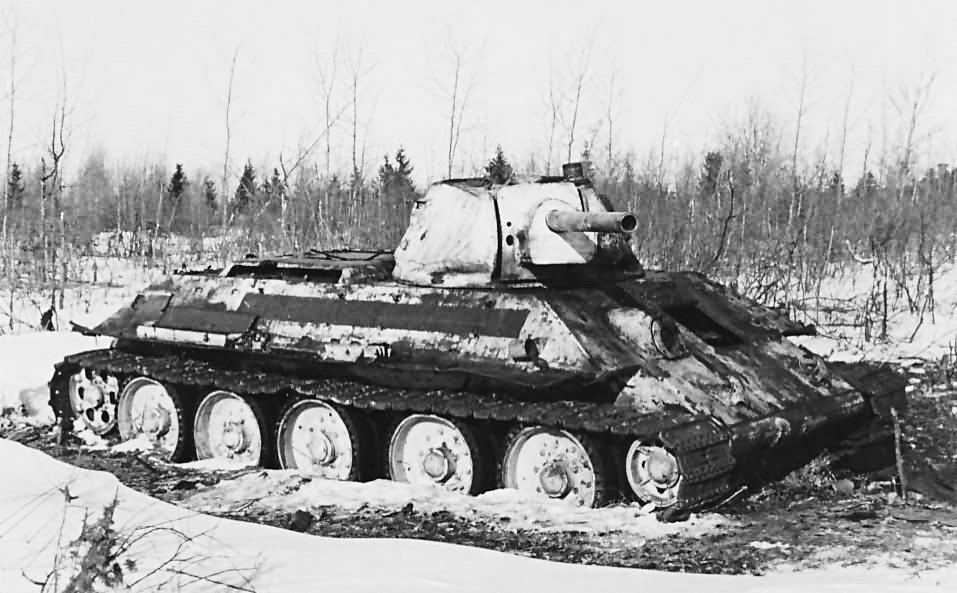 In December 1943, the Soviet army was liberating the north-eastern part of the country. During one operation, a T-34 led by Lieutenant Stepan Tkachenko got stuck in a half-frozen swamp not far from Pskov.

The whole crew was severely wounded or killed, with only radio operator Viktor Chernyshenko left. During the night he was joined by another tank driver Alexey Sokolov, who covertly reached the tank from the positions of the Soviet troops. However, his attempts to drive the tank out were useless.

Chernyshenko and Sokolov decided not to abandon the T-34, and for 13 days they resisted fierce attacks by the German infantry. They had just several cans of meat, a bit of sugar, several biscuits and just the water which leaked into the tank from the swamp.

Totally frozen, hungry and sleepless, the two Soviet soldiers fended off the continuous barrage of German attacks until on December 30 the Soviet troops broke through the enemy lines towards the solitary T-34.

Wounded, Alexey Sokolov died the next day after the rescue. Chernyshenko managed to survive the but unfortunately had to have both legs amputated.