Why did the USSR lecture the U.S. on racial equality? 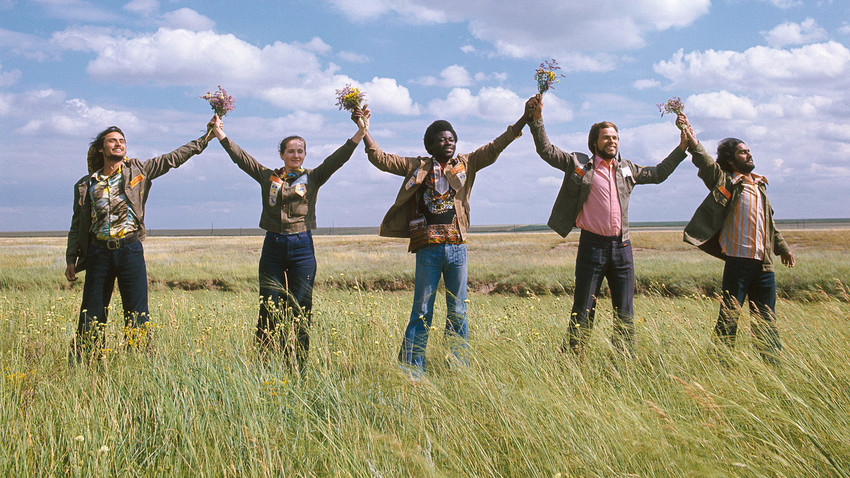 Students of the University of Peoples' Friendship in the USSR.

I.Budnevich, V.Medvedev/TASS
It would be an exaggeration to say that the Soviet Union was completely free of racial prejudice, but the country was also the most passionate critic of the United States when it came to racism. Why was this important to the Soviets?

In the 1970s–1980s there was a popular Soviet joke mocking official propaganda.

An American citizen calls the Soviet radio station and asks:
- Can an ordinary Soviet engineer afford to buy a car?
After a long silent pause the radio station answers:
- Mmm… and what about you lynching Blacks?

While this joke ridiculing ‘whataboutism’ contains some hyperbole, the fact is that addressing American racism was a popular Soviet way of deflecting attention from, say, accusations of human rights violations. But was there any validity to the Soviet position on this issue?

Jim Crow vs. the 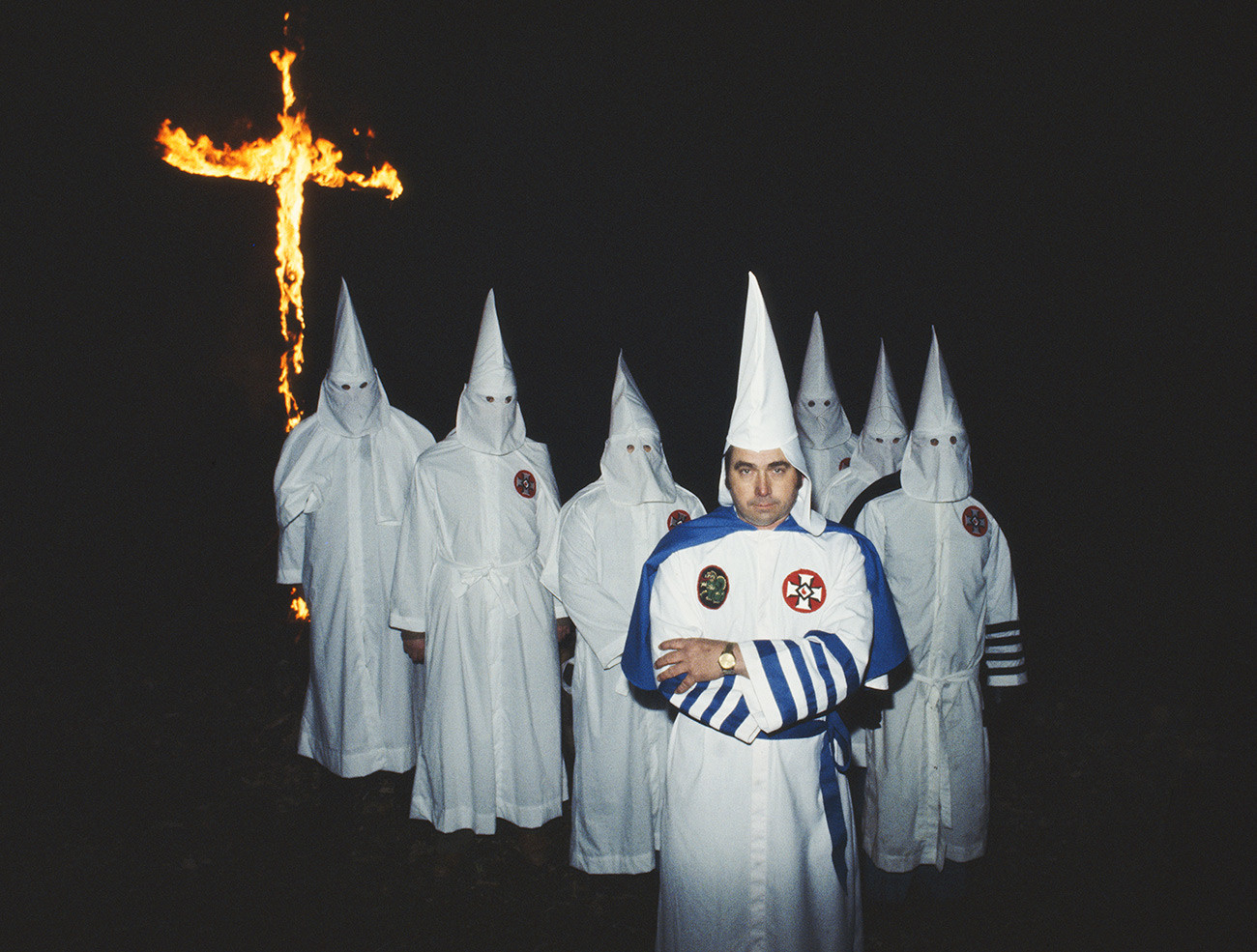 The USSR was an authoritarian and oppressive country but you couldn't find any of those guys there (Ku Klux Klan members in Louisiana, 1997)

not a model of human rights, in the 1920s and 30s the USSR was ahead of the U.S. in terms of racial equality. Back then, Jim Crow laws flourished in the American South, enforcing racial segregation in many states. In 1931, the U.S. witnessed the infamous Scottsboro Case, when nine African-American teenagers were falsely accused of raping two white women – a rock bottom for American racial justice.

As for the USSR, it was in an advantageous position: the issue of race simply wasn’t an important issue even before the Revolution. Yes, there were oppressed nations, especially Jews, who were allowed to settle only within a particular region (the infamous Pale of Settlement), but black people were so unlikely to be seen in the country that Russians just couldn’t have any issue with them.

The Soviet approach towards blacks was strongly anti-racist, because for communists the system of capitalism, not people of other races, was the enemy. An official Soviet motto proclaimed: “oppressed peoples and nations of the world, unite!” This meant that communists were natural allies to the all oppressed peoples, including African-Americans and those suffering from Western colonialism in Africa.

Through official communist networks, such as the Comintern (Communist International) Moscow was trying to connect with Africans and African-Americans, propagandizing the holy fight against the oppressors and, of course, proposing to join the communist ranks. Many agreed.

To Moscow with hope 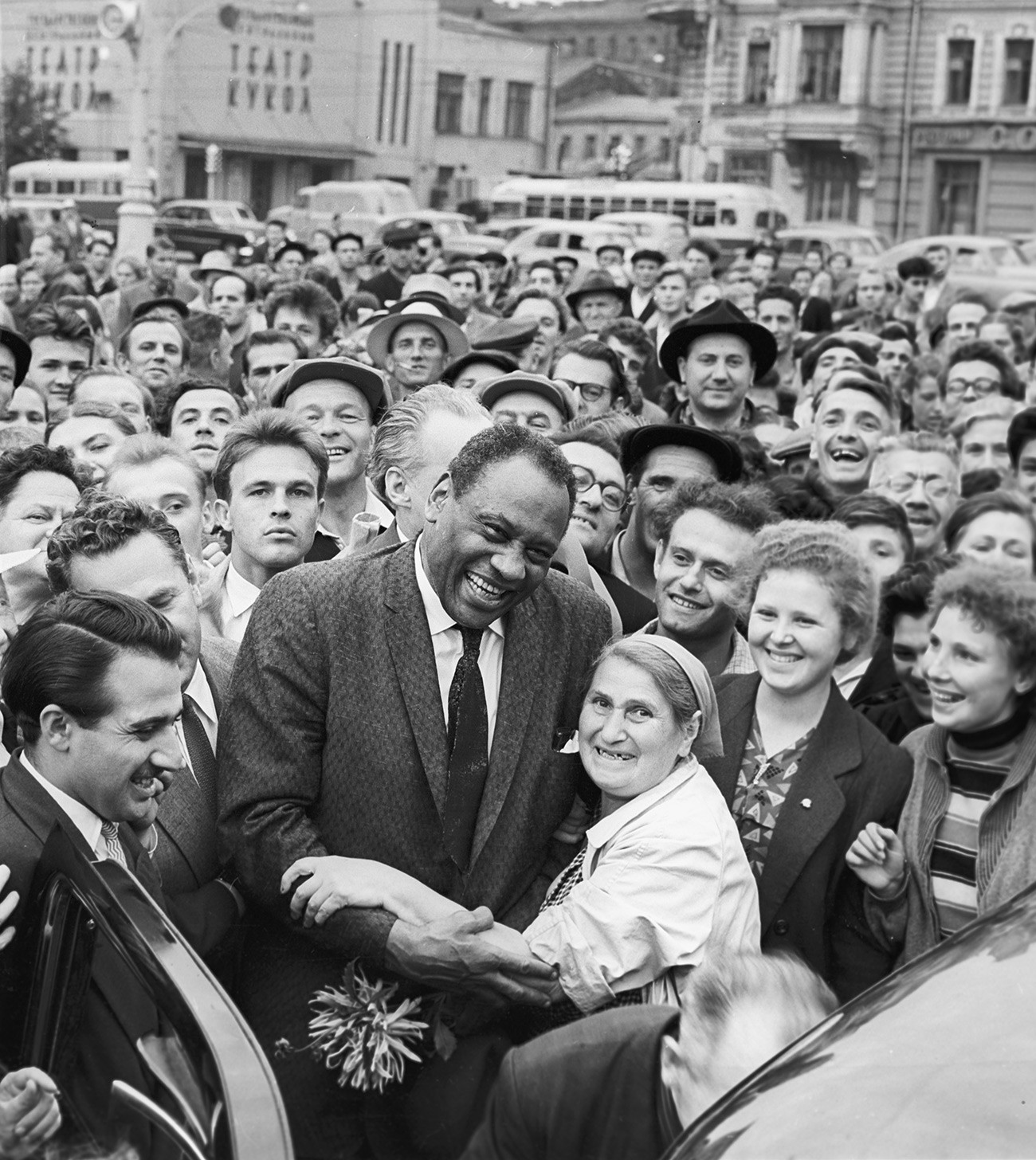 American jazz singer Paul Robeson on the streets of Moscow.

the 20s and 30s, not only was Russia not racist in relation to black people, but it encouraged migration,” reported New Statesman America, quoting Mark Nash, curator of Things Fall Apart, an exhibition dedicated to the USSR. According to Nash, between 4,000 and 5,000 black people came to the Soviet Union each year during that period. Their impressions, however, were quite varied.

Robert Robinson, a black American engineer who came to the USSR in 1930 for better work opportunities (the Soviets were hiring specialists to help industrialize the country), ended up not very happy with living conditions and Stalin’s purges. Unable to leave the country until 1976, Robinson wrote a book, Black on Red: My 44 years inside the Soviet Union, where he portrayed Soviet Russia as quite a troubled country, where the true attitude towards blacks was not as welcoming as the official one, but still better than the one he had faced at home in the 1930s. 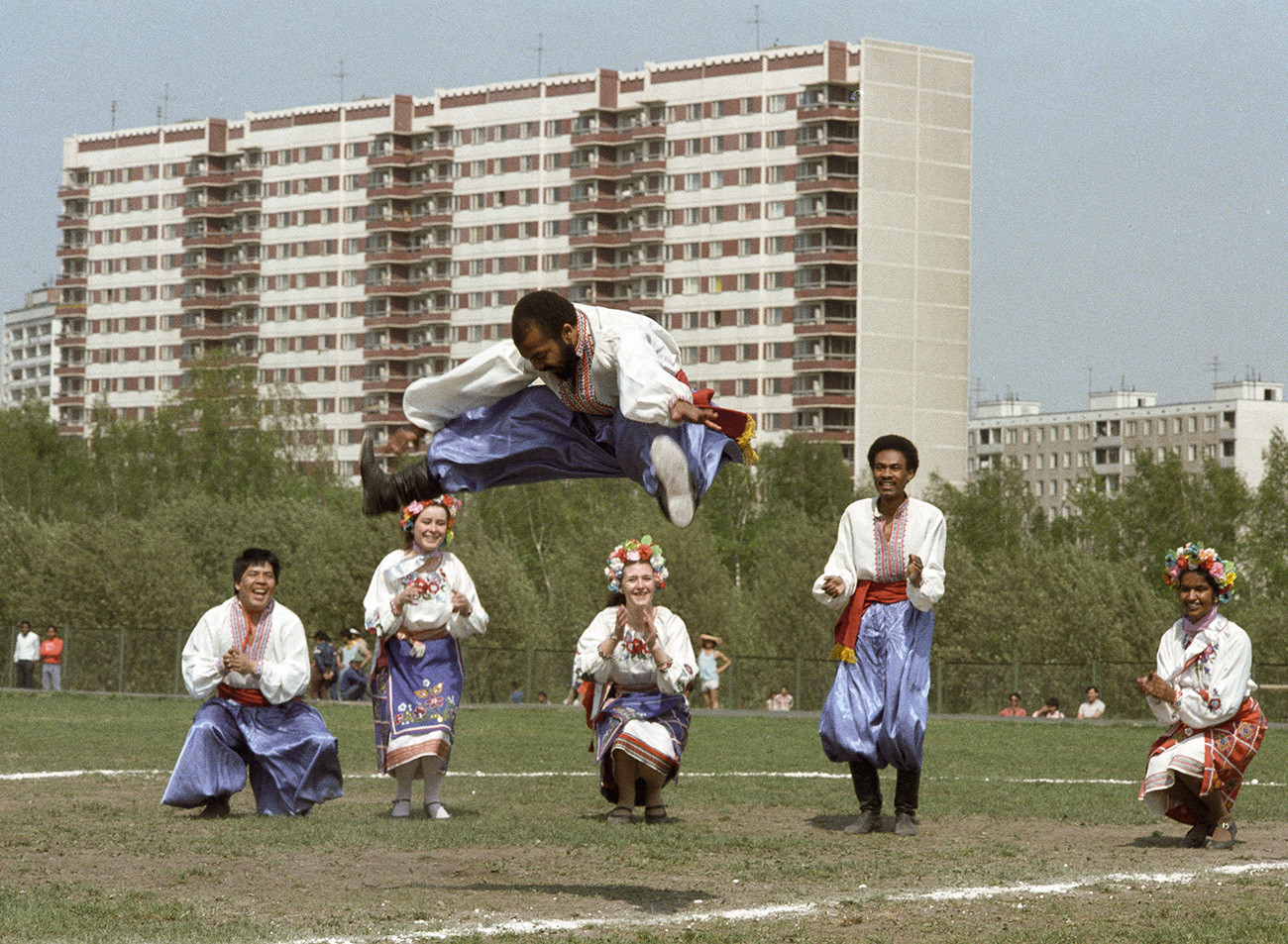 The students of UDN performing a Ukrainian dance.

Many other black people saw the USSR in a more positive way, especially those who didn’t stay for 44 years. The famed African-American singer, Paul Robeson, who visited the USSR in 1934, and later suffered for his pro-Soviet views back home, used to say: “The Soviet Union’s very existence, its example before the world of abolishing all discrimination based on color or nationality… this has given us Negroes the chance of achieving our complete liberation within our own time.” 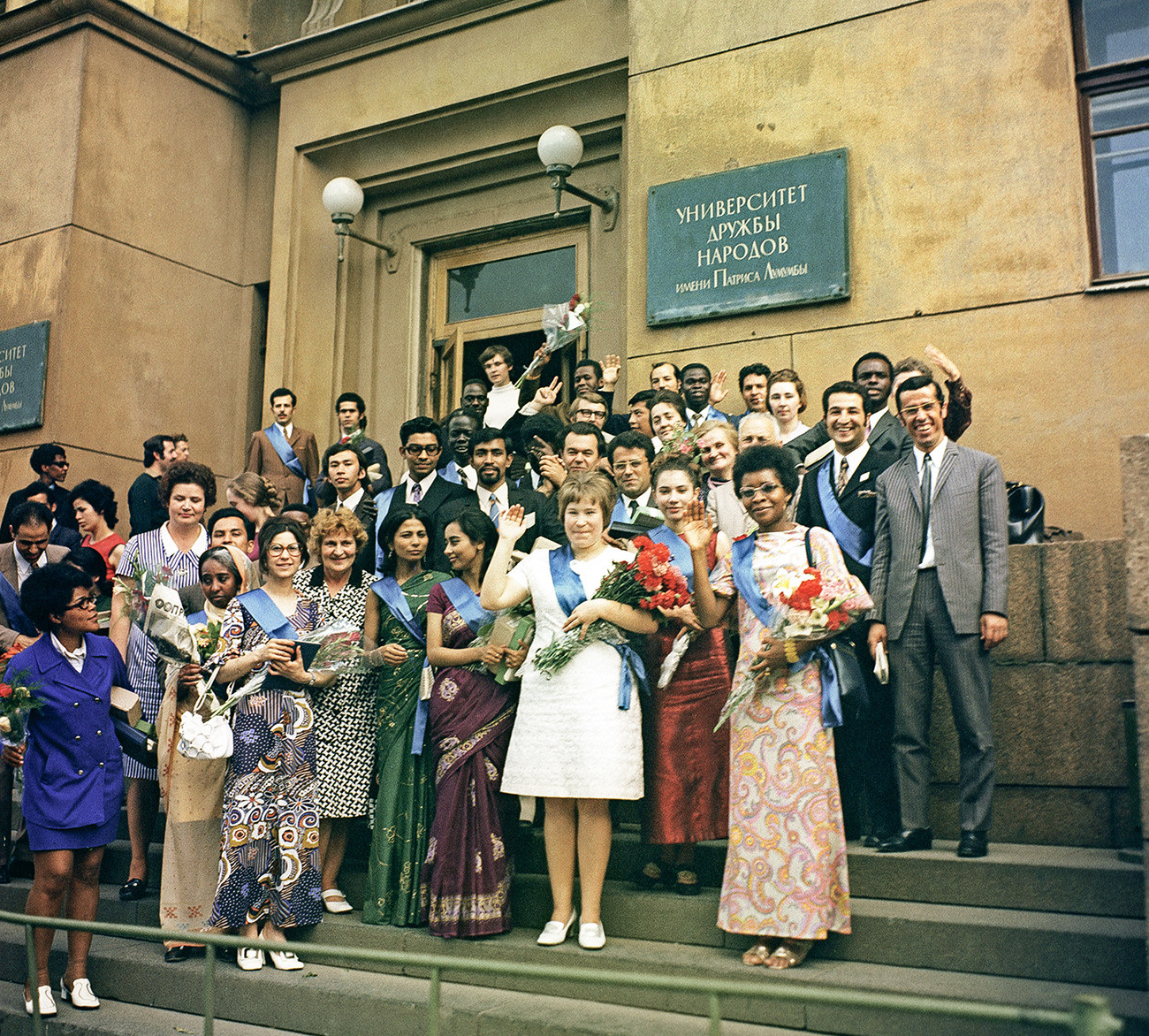 A group of UDN graduates posing for a picture in front of their alma mater.

As the Cold War broke out in the 1940s, the world became a battlefield between the USSR and the U.S.: the superpowers clashed ideologically and in proxy-wars, trying to bring more countries under either the flag of ‘communism’ or ‘the free world.’

Not surprisingly, this led to multiple clashes in African countries, as pro-Soviet and pro-Western leaders often replaced each other in brutal coups. One of the first pro-Soviet politicians to die after a military coup was Congo’s premier, Patrice Lumumba, in 1960. Moscow mourned his death so much that it gave his name to the People’s Friendship University (UDN) was founded the same year. Among other African countries, the Soviets cherished Ethiopia, Angola Mozambique, with their leftist governments, and provided them with as much assistance as possible. 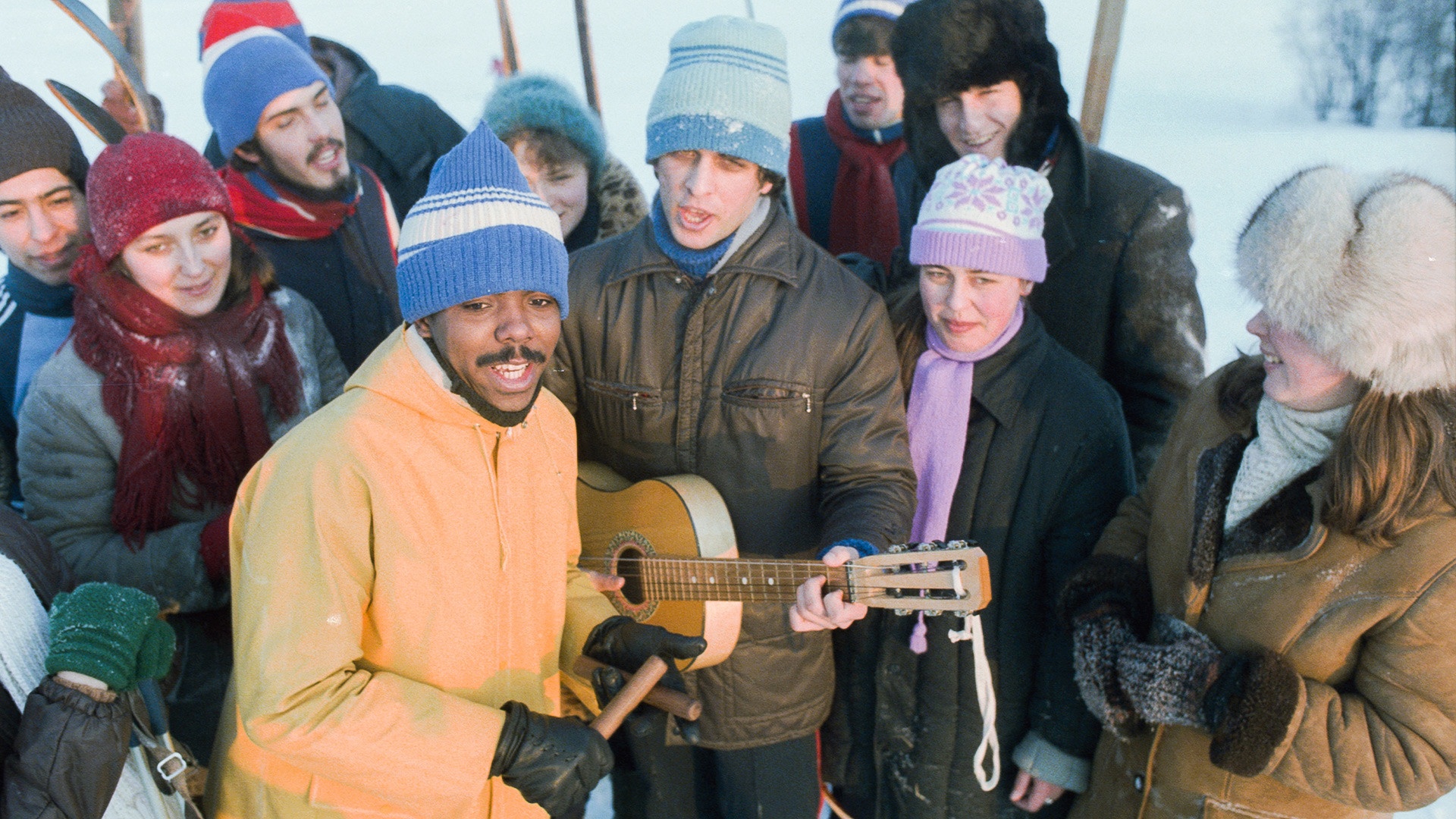 for the UDN, it was supposed to “prepare not only highly-qualified scientific, technical and cultural specialists but also true friends of the USSR who will promote socialist ideas among their compatriots,” wrote Vyacheslav Yelyutin, USSR’s Education Minister. Africans were very welcome. Around 60,000 African students studied in the USSR from 1949 to 1991 (not just in the UDN).

Did they always feel safe in Russia? No. As it often is with international contact, misunderstandings occurred from time to time. “Africans were not guaranteed conflict-free lives among people with different skin color, who belonged to a different civilization,” explains Professor Sergei Mazov, an Africanist at the Institute of World History in the Russian Science Academy 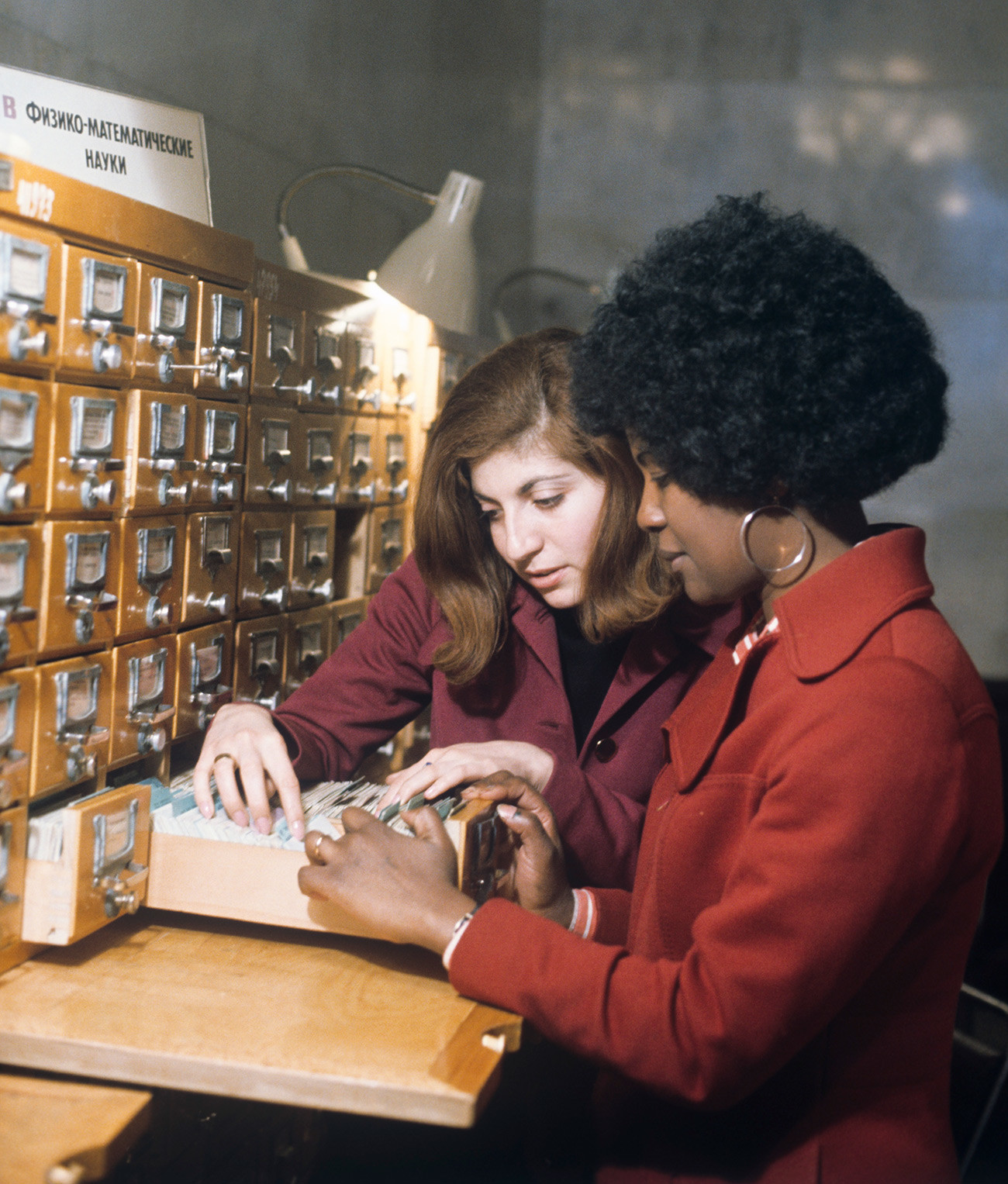 emphasizes that Soviet citizens rarely saw foreigners, especially black people, except on posters bashing American racism and calling for Africa to rise; so, they didn’t understand quite how to behave themselves with real black people. Sometimes there were conflicts: once, a Somalian and a Soviet student fought over a girl. But there were more severe cases: in 1963 around 150 students from Ghana organized a demonstration on Red Square following their compatriot’s death. They believed it was murder, but Soviet authorities claimed he just froze to death while drunk.

“If they had admitted that it was a murder and promised to find the guilty… no one would have protested,” said Edward Na from Ghana, a participant of that protest. It was the hypocrisy, however, that enraged the students. Nevertheless, he abruptly said “No” while answering the BBC’s question if the USSR was a racist country. “It was one incident… you should remember most Soviet people always were friendly to us, they invited us to their houses... Some of us even married Soviet women.”

Na’s words seem to mirror the general trend: the USSR had its own cases of racism, but racism and segregation in Soviet Russia never were institutional and backed by the force of law, as they were in the U.S. until the 1960s. This is hardly a surprise because black slavery, the root of American racial conflict, never existed in Russia’s past. Of course, Soviet history had its own multiple shameful pages, but racism just wasn’t one of them.