This Soviet propaganda portrays Yuri Gagarin as a demigod 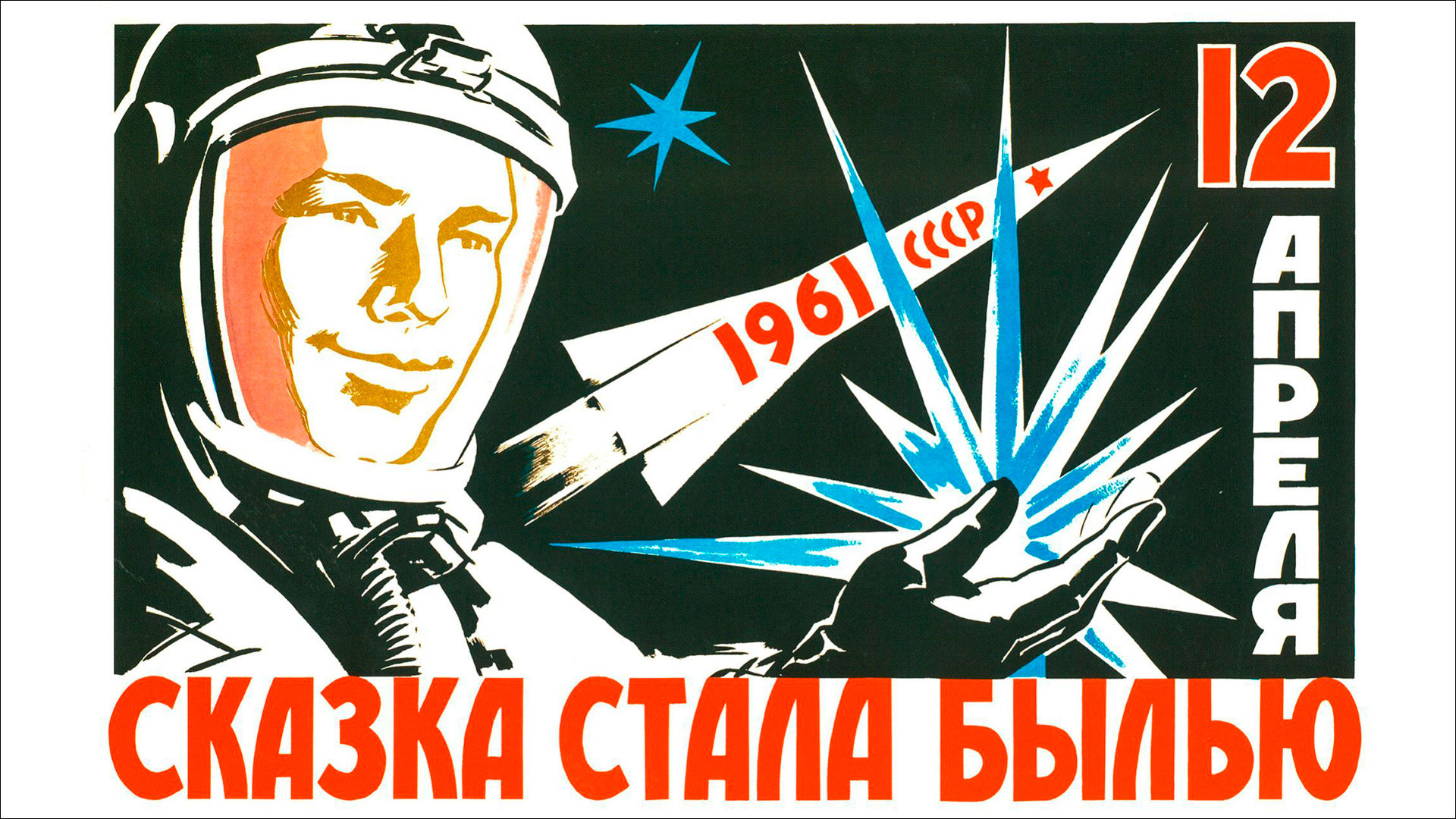 B.Staris, 1961
As the first man in space, Gagarin became the poster boy for the USSR - his chiseled face was plastered everywhere.

“Glory to Soviet science! Glory to the Soviet human - the first cosmonaut!” 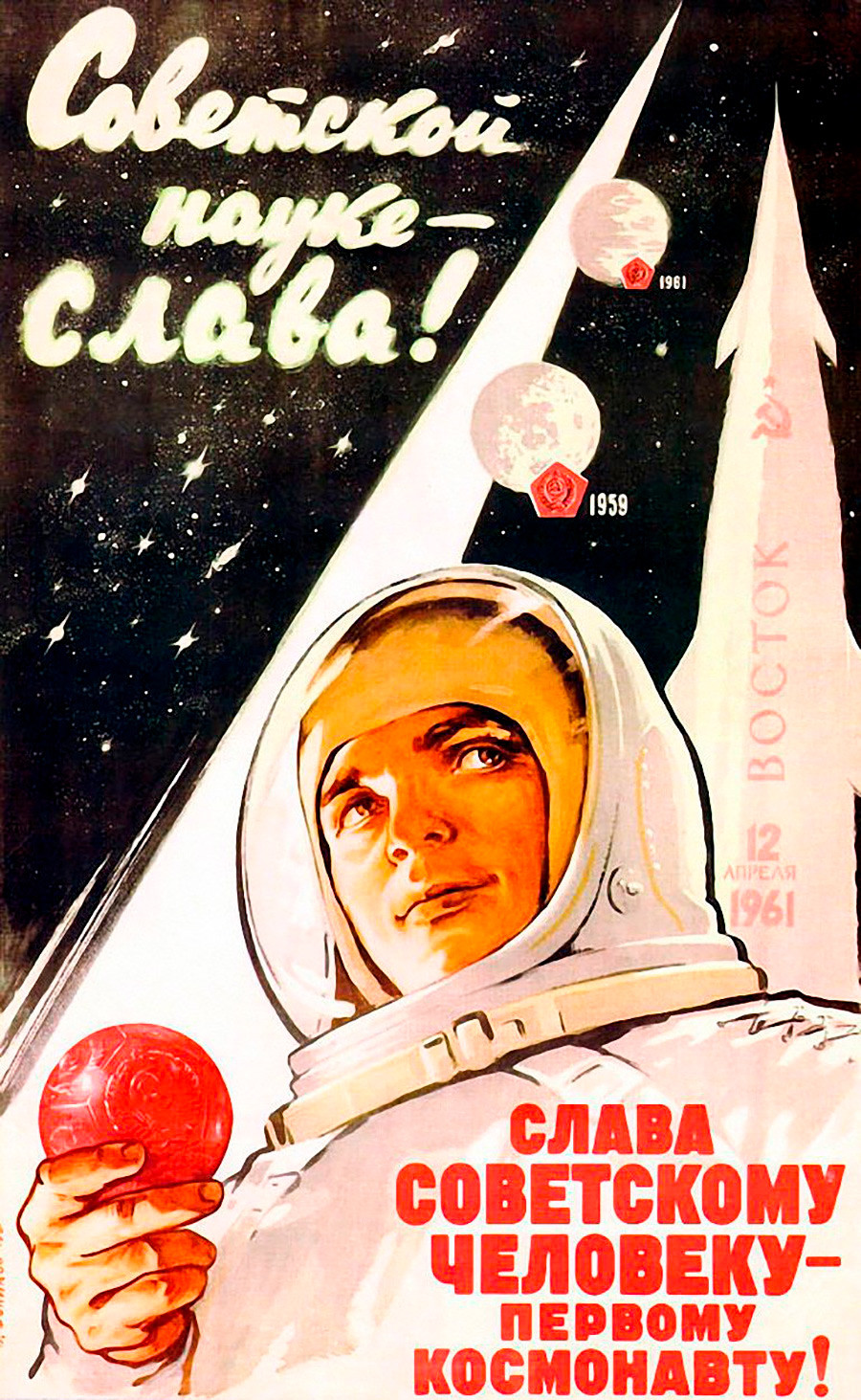 “While orbiting Earth in my spaceship, I saw how beautiful our planet is. People, let us preserve its beauty, not destroy it!” 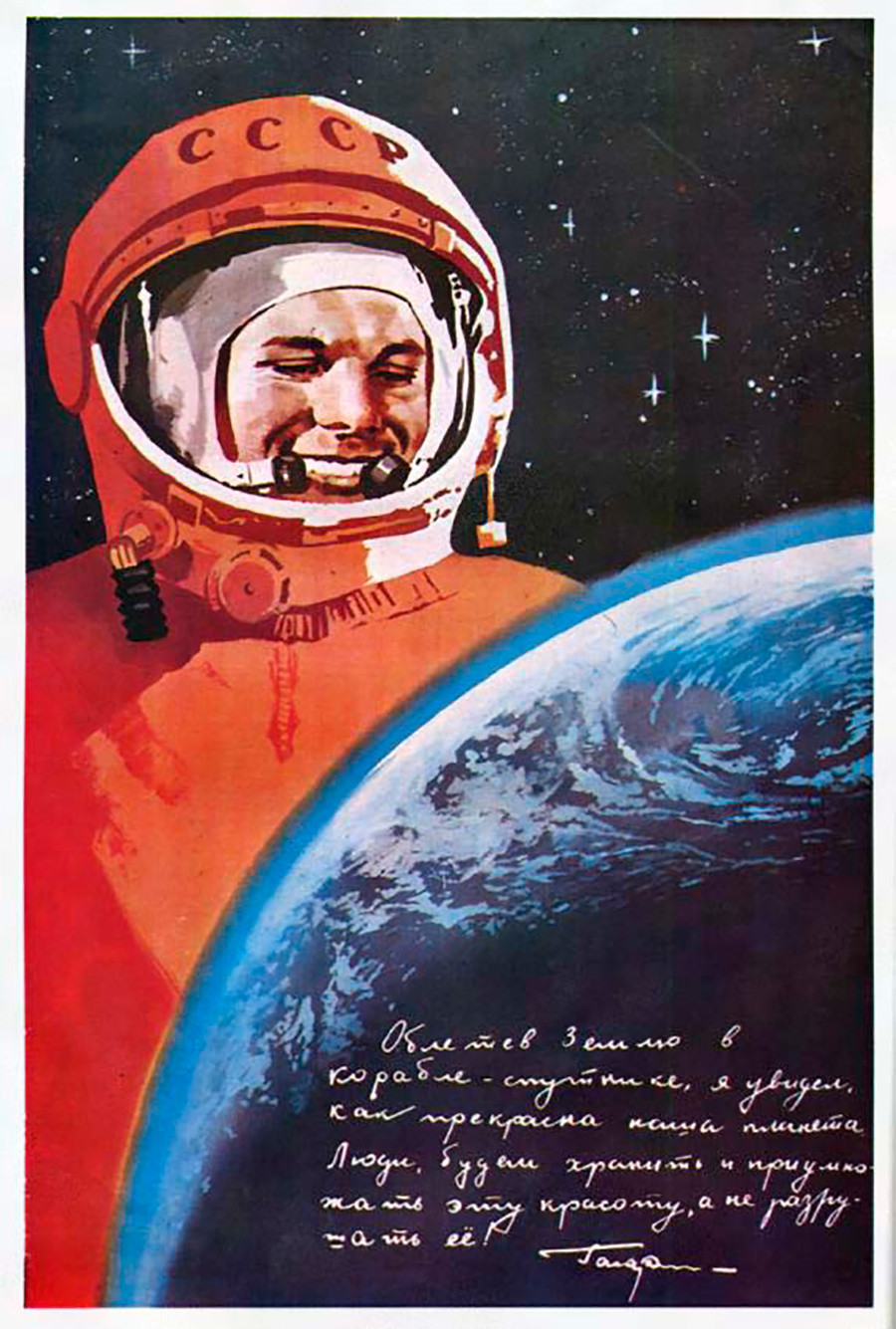 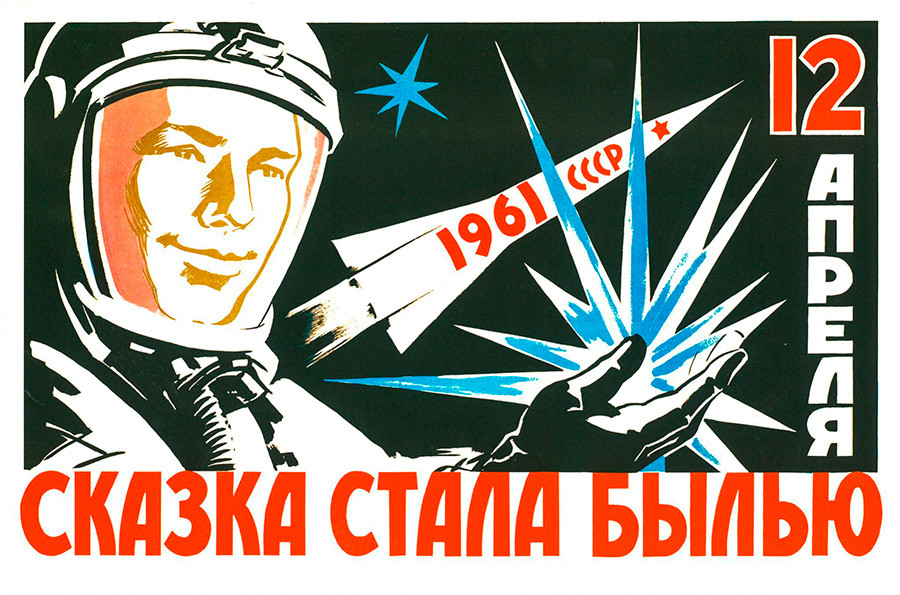 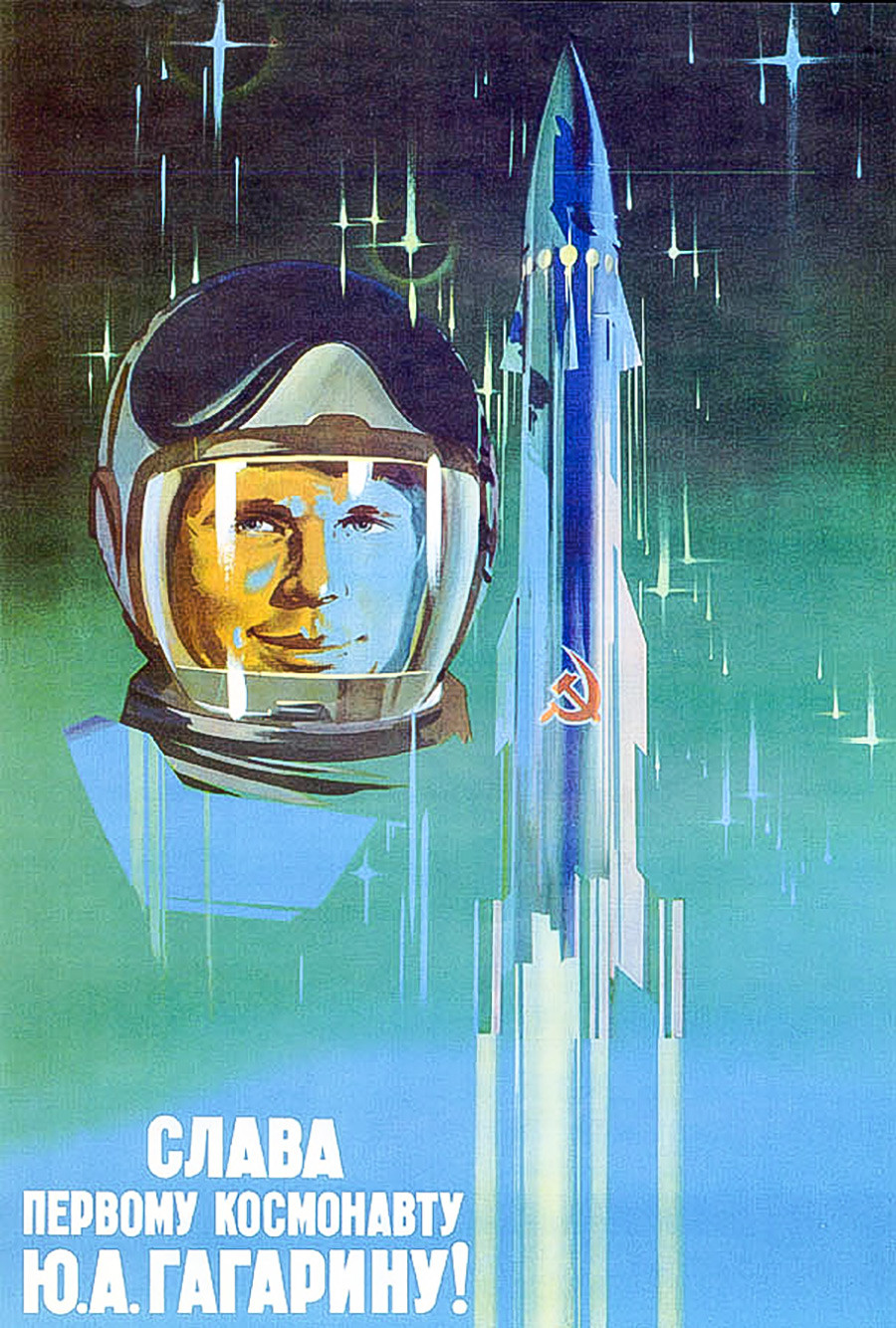 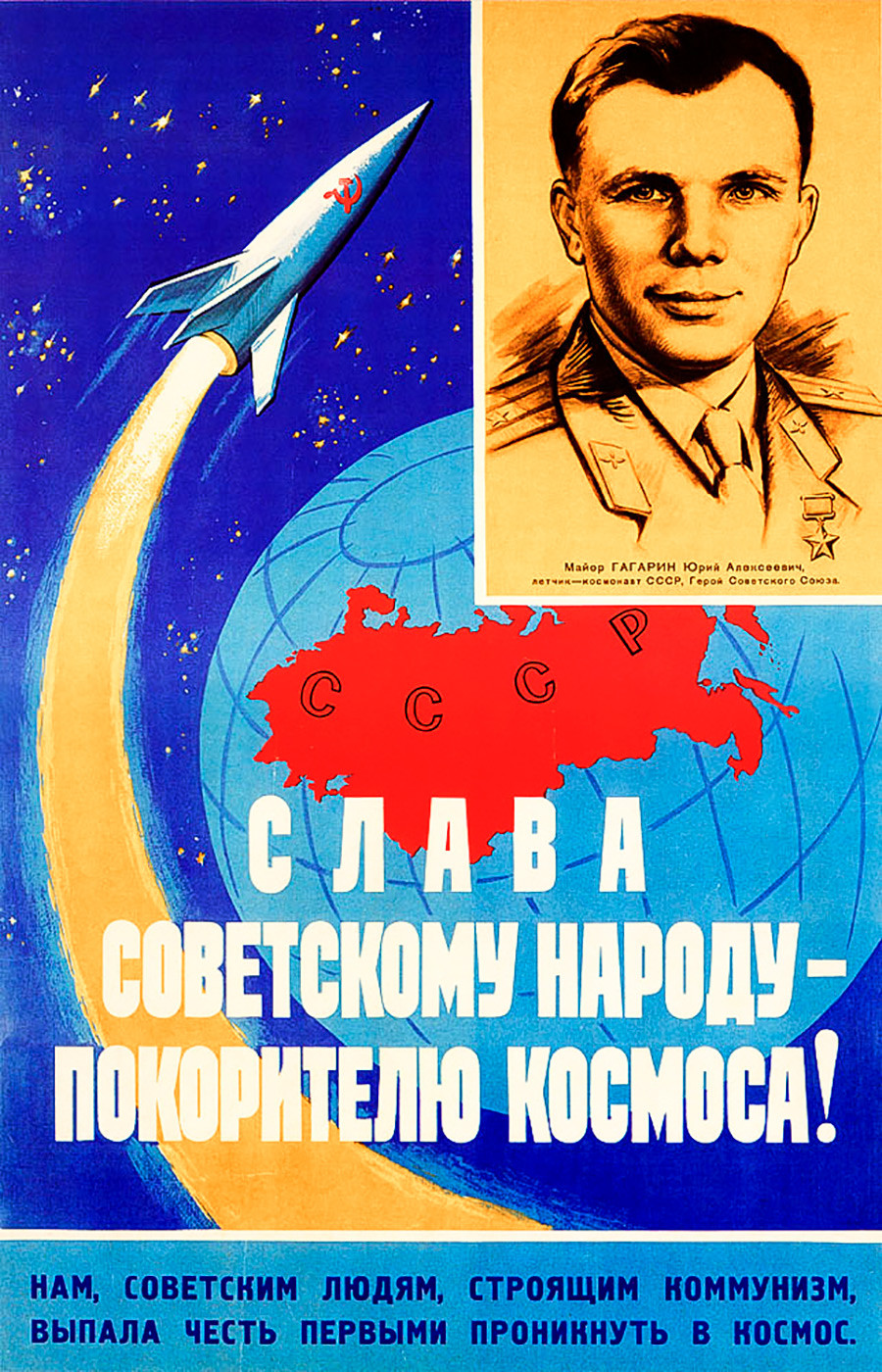 “Glory to the son of the Communist Party!” 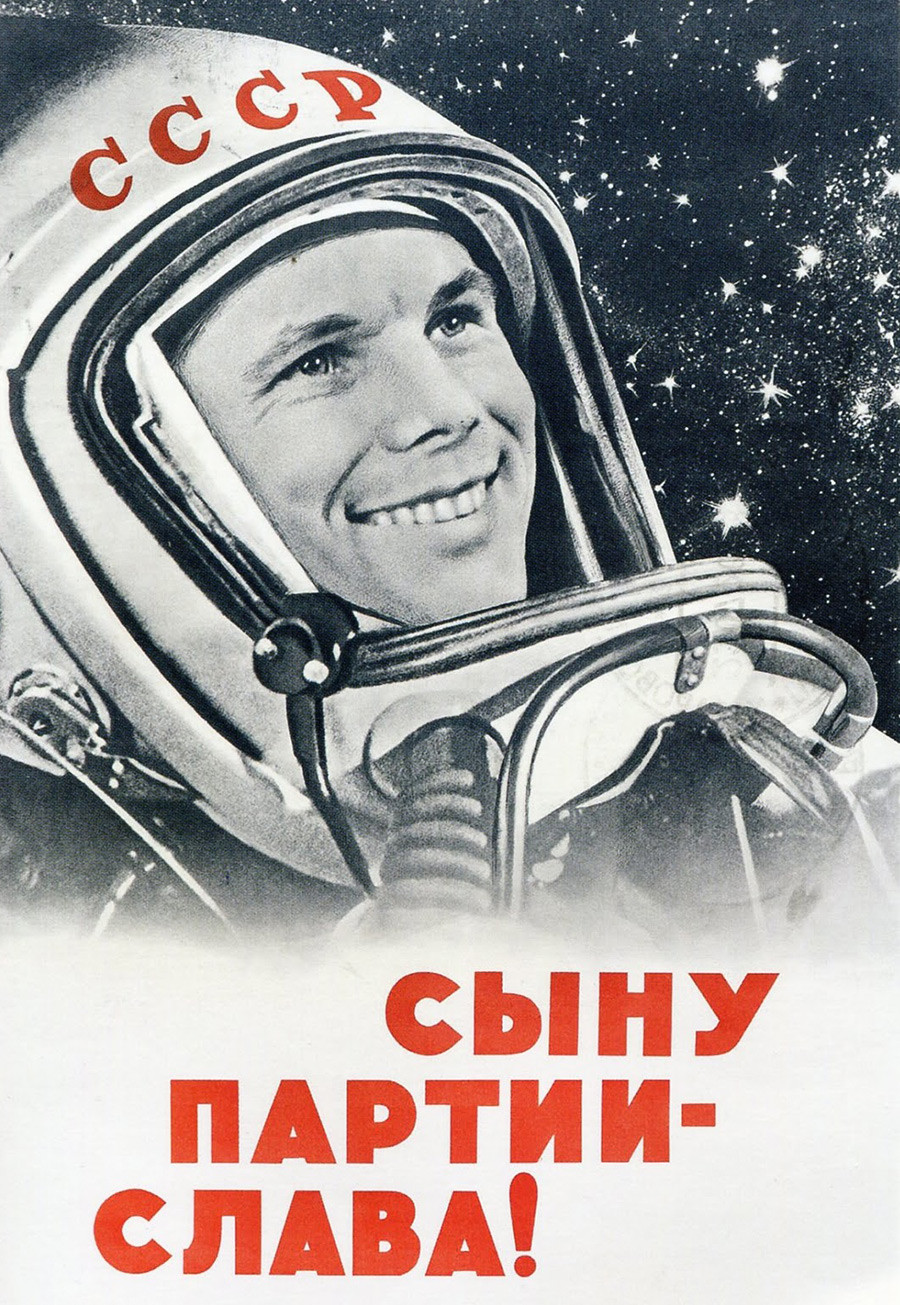 “The Commmunist Party of the Soviet Union. Glory!” 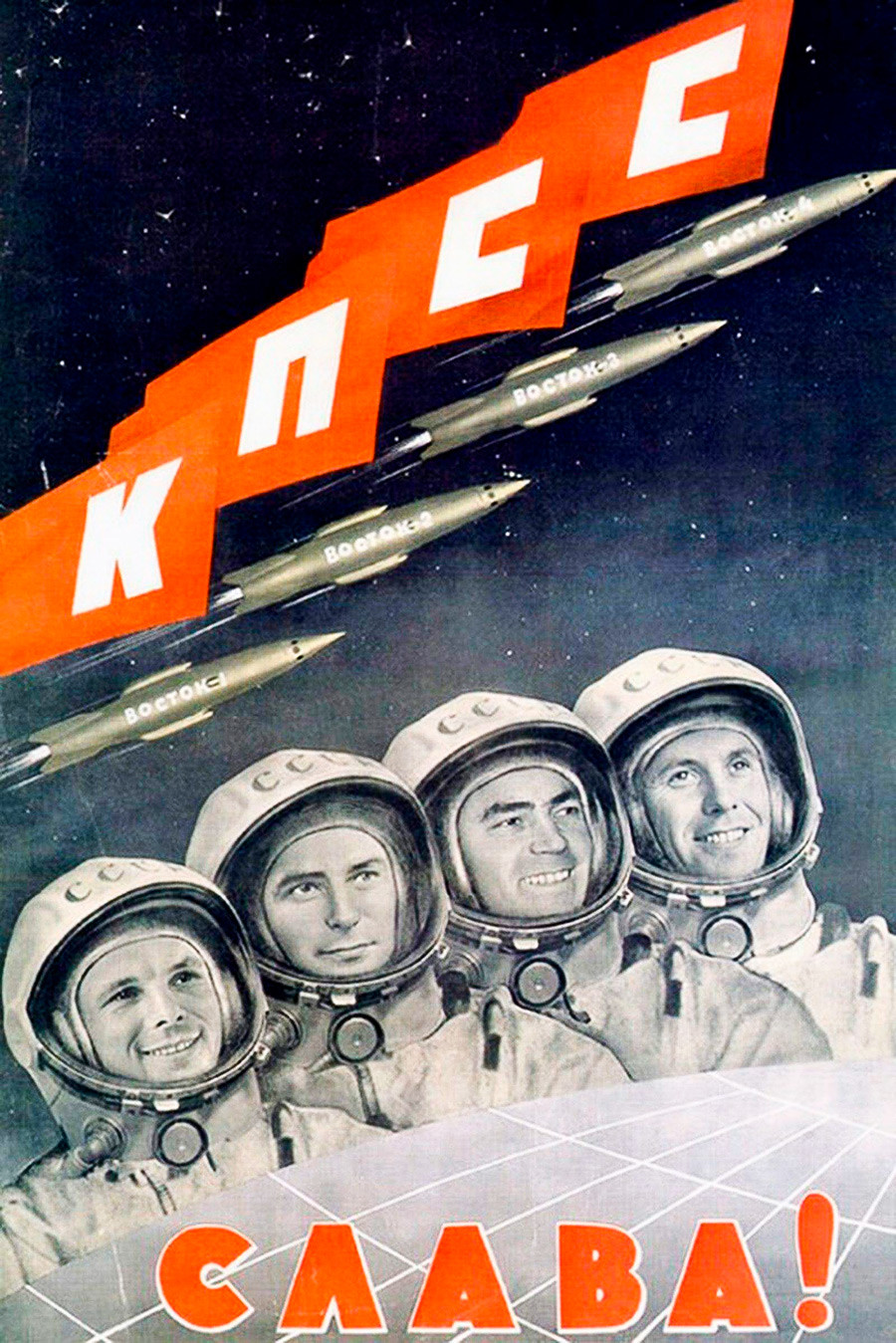 “An example for the young and brave, our cosmonaut hero is a pioneer!” 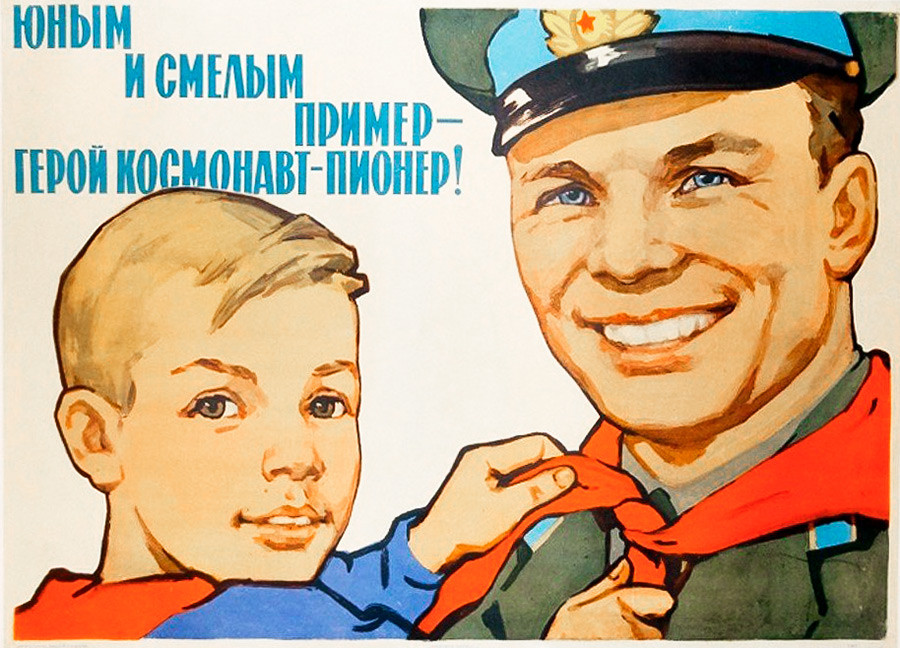 “Communists are paving the way towards the stars!” 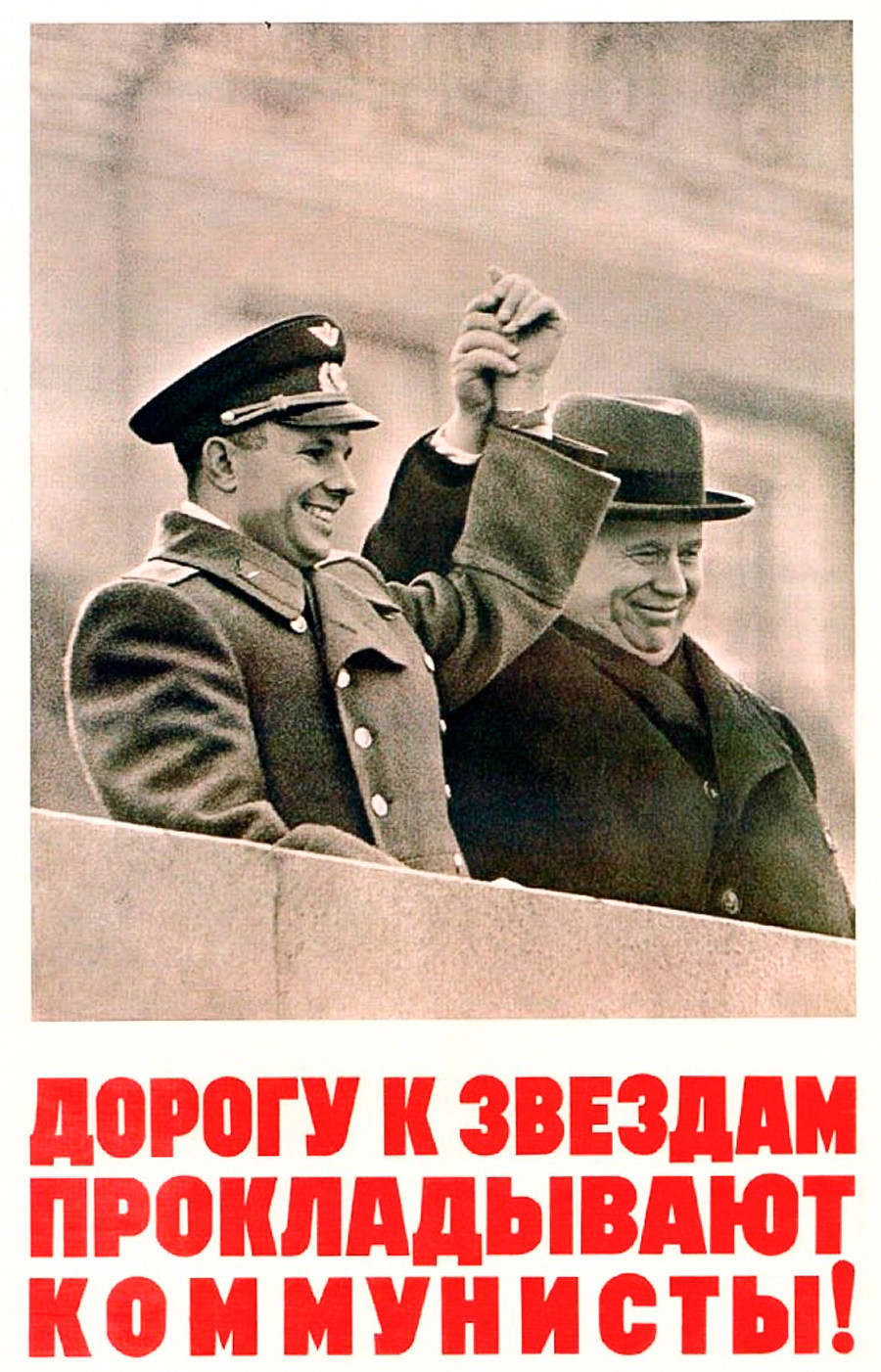 “The country, where majority of people were illiterate, has made a gigantic leap in culture and science.” (From the Communist Party’s program) 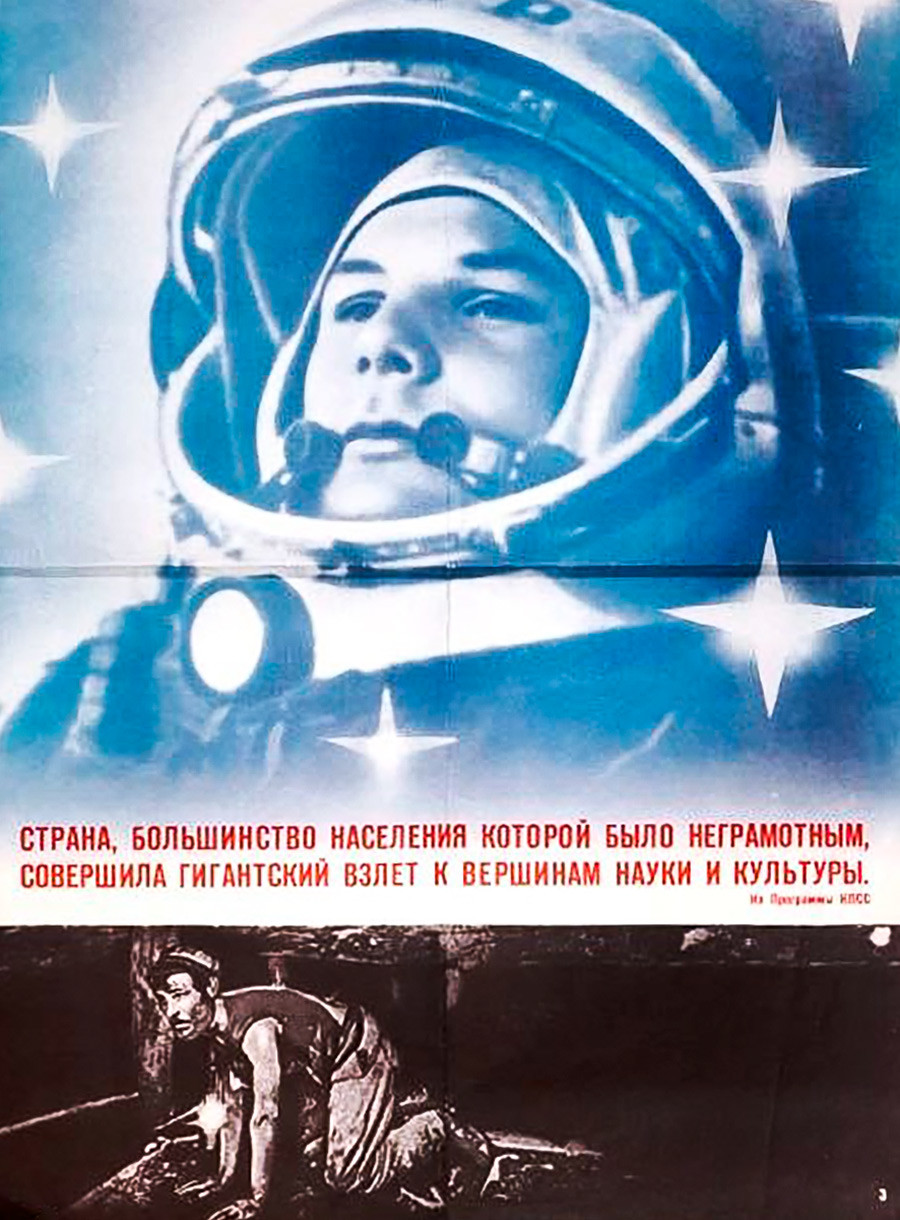