How Russian space food has evolved over the years 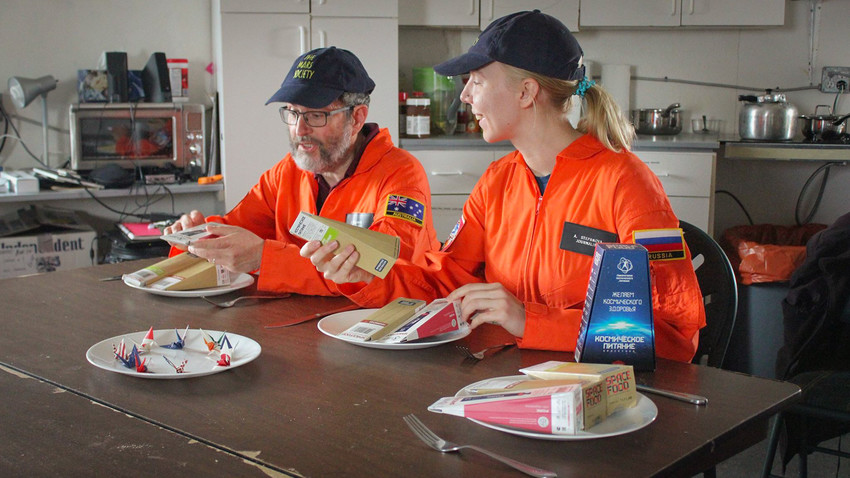 The press service of Russian Laboratory of Space Food
No, it doesn’t come in tubes and yes, you can try it too.

The stereotype of space food coming in tubes is rather outdated. You can still find such tubes at the International Space Station - but only for honey and sauces. Or try them on Earth – as a souvenir. More on that later.

Since 1982 real space food is dehydrated and packed in specially designed plastic bags for weightless conditions. Cosmonauts just need to add hot or cold water, give it a good shake - and the food is cooked. Then they cut off the top of the pack on the other side from where they added water, dig in with a special long spoon and start eating. 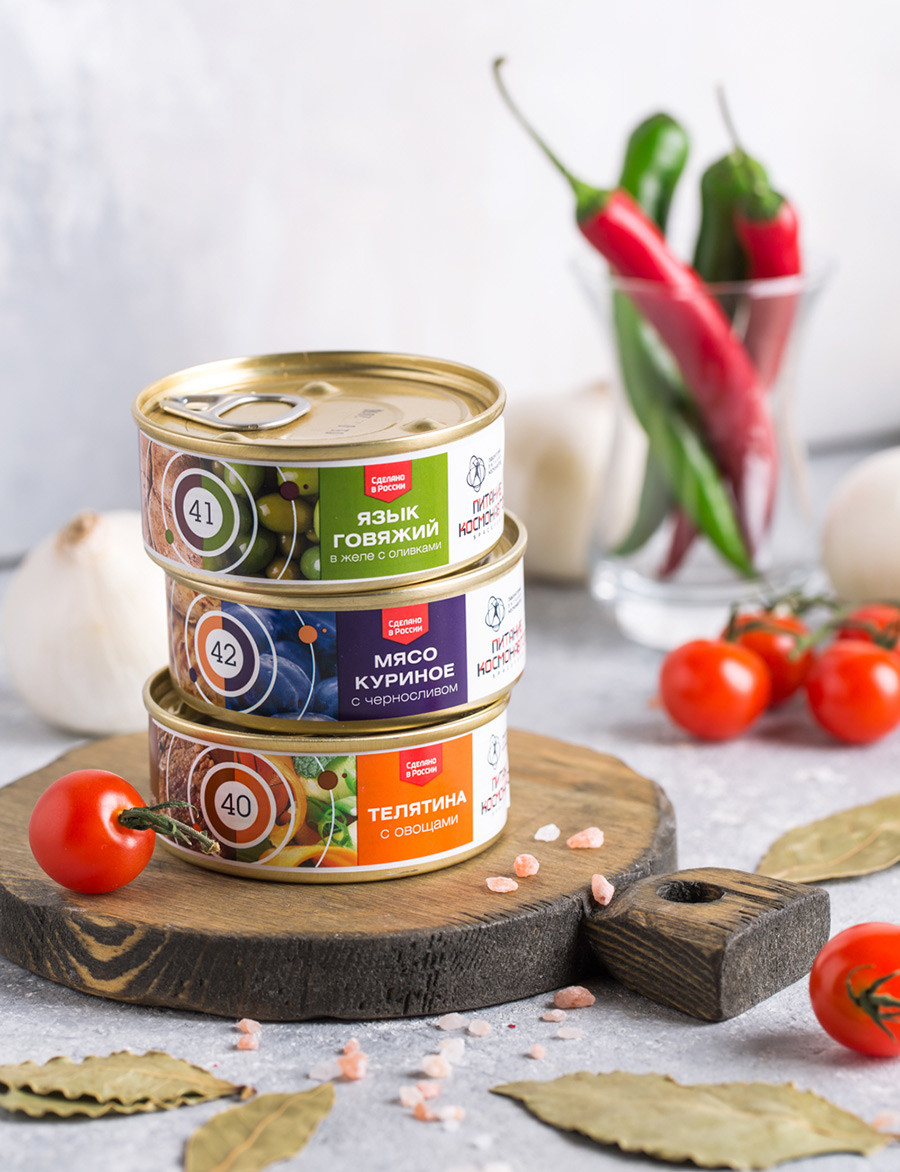 Space food is currently produced using special technologies at Biryulevo Experimental Plant in Moscow. 90% of most food consists of water and, once removed, the volume and weight decreases, which plays an important role for space flights. Each gram sent up into space adds cost and therefore, meals must be dehydrated.

Another popular space packaging is canned food, which mostly contains meat or fish in jelly and can be heated in a special electric heater. Interestingly, NASA supplies the ISS partially with regular grocery food that is specially packaged. 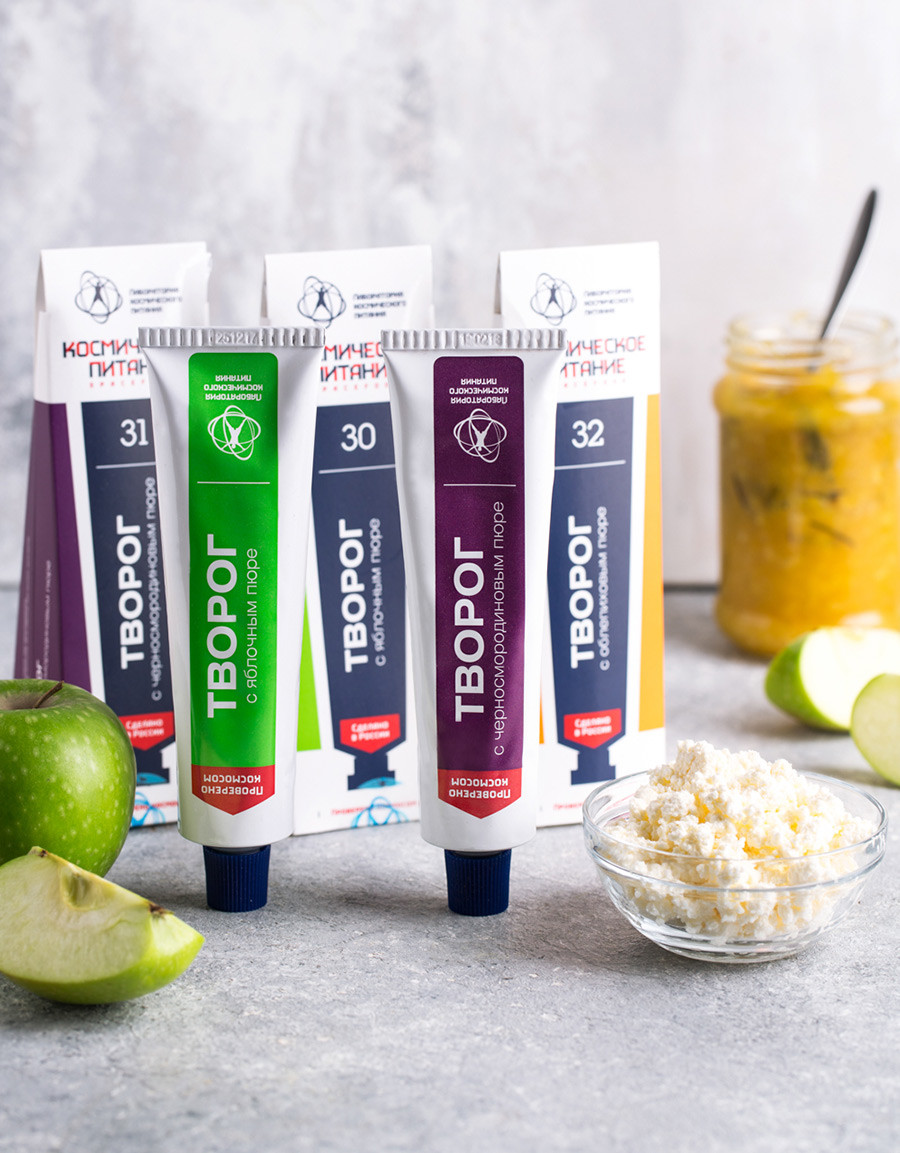 There are more than 450 dishes on the space station menu: borsch, rassolnik (a traditional soup made with pickled cucumbers), beef tongue with olives and many others. In Russian culture, cottage cheese is very popular. It is also indispensable for the normal functioning of the cosmonaut's because it is rich in calcium in a bio-available form. It also comes in handy for exchange. For example, Russian cosmonauts at the ISS trade cottage cheese for shrimp, and sashimi with their American and Japanese colleagues.

“Russian soups opened new flavors to me. I never tried cottage cheese with sea-buckthorn, quite unusual but very tasty”, says Alexandre Mangeot, a French crew commander of the Mars 160 mission of the Mars Society. Mangeot spent one month on Devon Island in the Arctic, where his crew ate food from the Laboratory of Space Food.

In recent years ordinary earthling had the chance to try real space food. For many years any information about the space industry was classified. But then the Russian Laboratory of Space Food for the first time brought space food to the mass market

a nod to tradition, this space food is produced in tubes and cans at the same Biryulevo Experimental Plant. In comparison with contemporary dehydrated space it comes ready to use with no need to add water. Although the recipes and processing technologies are still kept secret, now everyone can eat like cosmonauts.

Engineer Anton Lopatin tried space food for the first time at a space conference: “I always thought that space food was not really tasty. But borsch from Laboratory of Space Food tastes exactly the same as my wife cooks. Tubes are quite handy to eat from in the car.”

Early in the space era scientists thought it was almost impossible to eat in weightless conditions. Yuri Gagarin, the first man in space, had an important assignment in his 108 minutes of space flight: “Try to eat”. 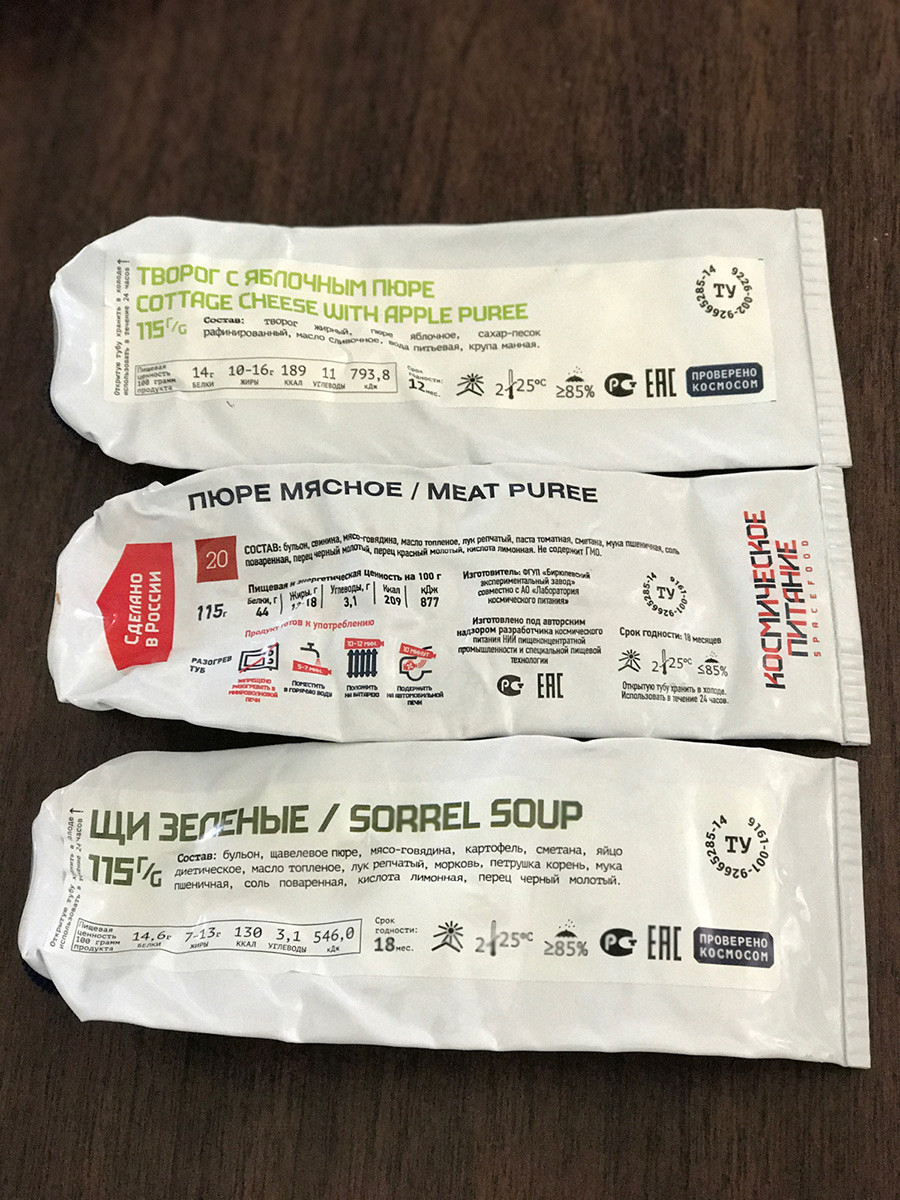 It turned out that it was possible. In weightlessness many changes occur in the human body, for example, calcium is washed out of the bones. Therefore, the cosmonaut's diet should be strictly balanced for fats, proteins carbohydrates. Often, cosmonauts find their tastes change. Before the flight and during the flight, they can enjoy completely different dishes. In addition, space food is therapeutic for those in space.

Scientists faced many obstacles to find the best solution for feeding cosmonauts: the inability to use ordinary dishes; decreasing the weight of products; storage without a refrigerator; and special packaging for eating food while weightless. In addition, they had to develop the recipe of the ready-made dishes, considering the work of cosmonauts in stressful situations with increased physical and mental burdens. Therefore, space food should preserve useful substances, vitamins microelements. The cosmonauts' diet should be strictly balanced and also delicious 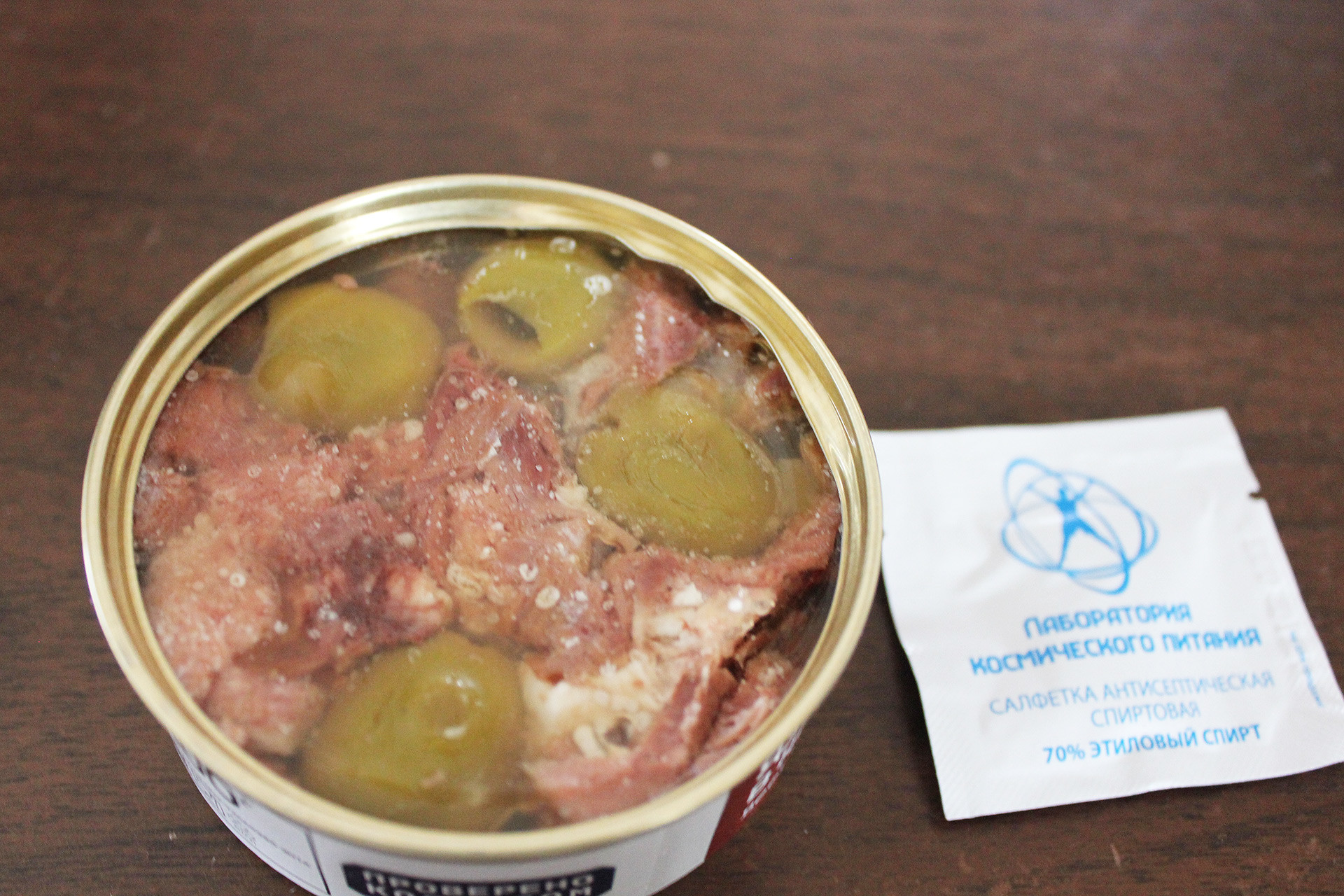 should be prepared quite so that it does not crumble and lasts a long time. The Russian Institute of the Bakery Industry had to come up with for using the bread at the International Space Station without the risk of crumbs getting into the ventilation system. They came up with a miniature loaf - just big enough for one bite. In texture and taste, this bread is virtually indistinguishable from that which we eat on Earth.