How Australia prepared for a war with Russia 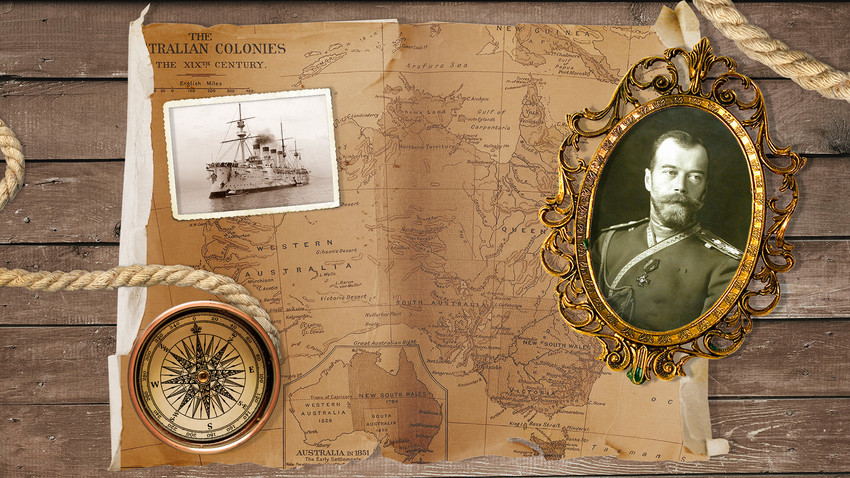 Public Domain, Pixabay
Forts were built and people armed to protect Australia from Russian invasion in the 19th century. Could it really ever have happened?

Australian shores first saw a Russian ship on June 16th, 1807, when the sloop Neva sailed into Port Jackson, Sydney, New South Wales, Australia. Russian ships from then on continued to anchor in Australian ports to replenish food and drinking water. 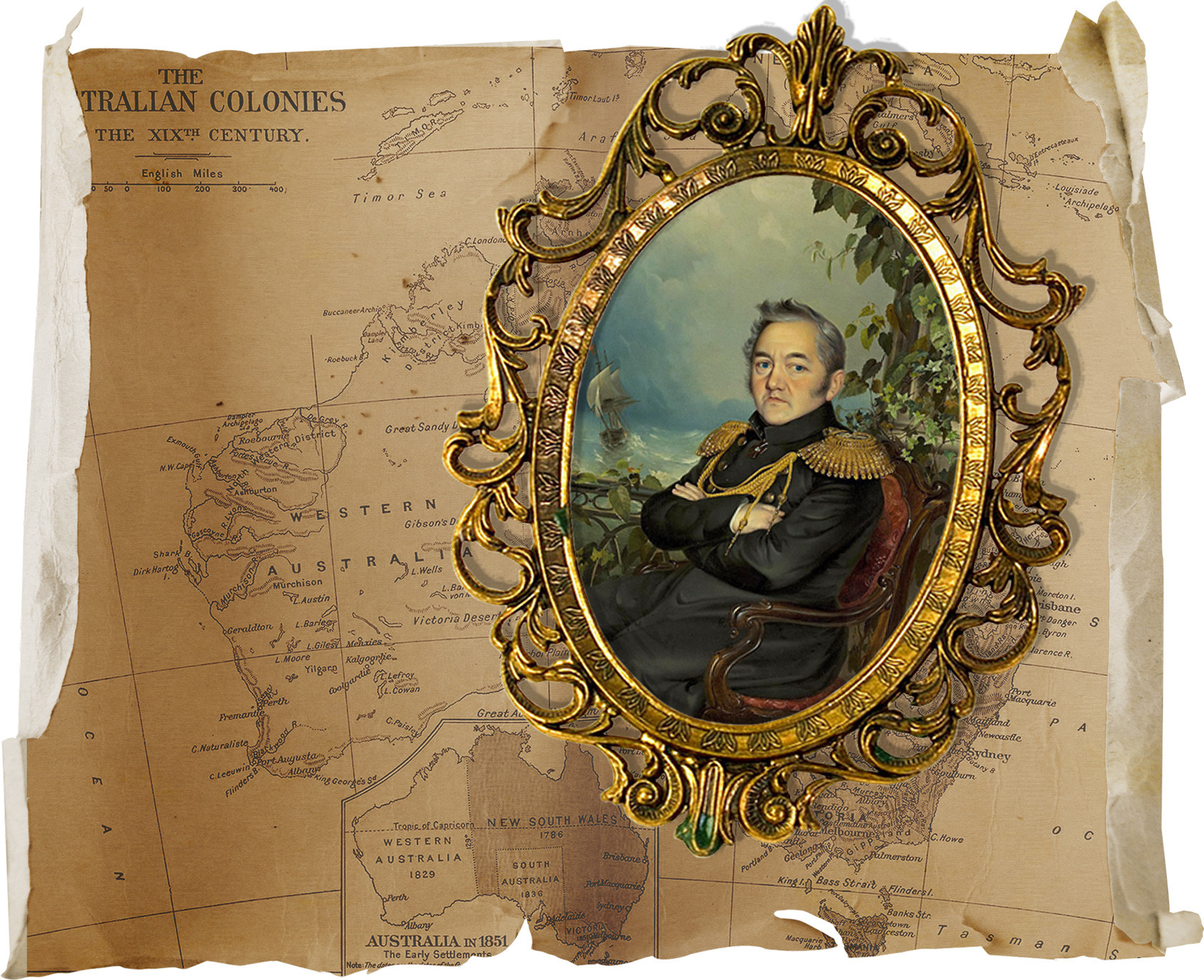 Russian navigator Mikhail Lazarev was the first to bring news to Australia in 1814 of Napoleon’s humiliation following the War of 1812. But due to the exaggerated stories of Australian journalists, for almost a century the continent was in constant fear of a Russian invasion.

The first quarter of the 19th century was a time when Russia was in close contact with its American colonies. Russian merchant vessels and warships frequently anchored near Australian shores to purchase provisions and rest up. Australia, at the time, was still a British colony. Great Britain and the Russian Empire were never formally allied against Napoleon; but when Russians occupied Paris in 1814, British concerns about the Empire’s naval and military power were stoked. Russian warships were becoming habitual guests in Australian ports, and colonial authorities reported their concerns to London. 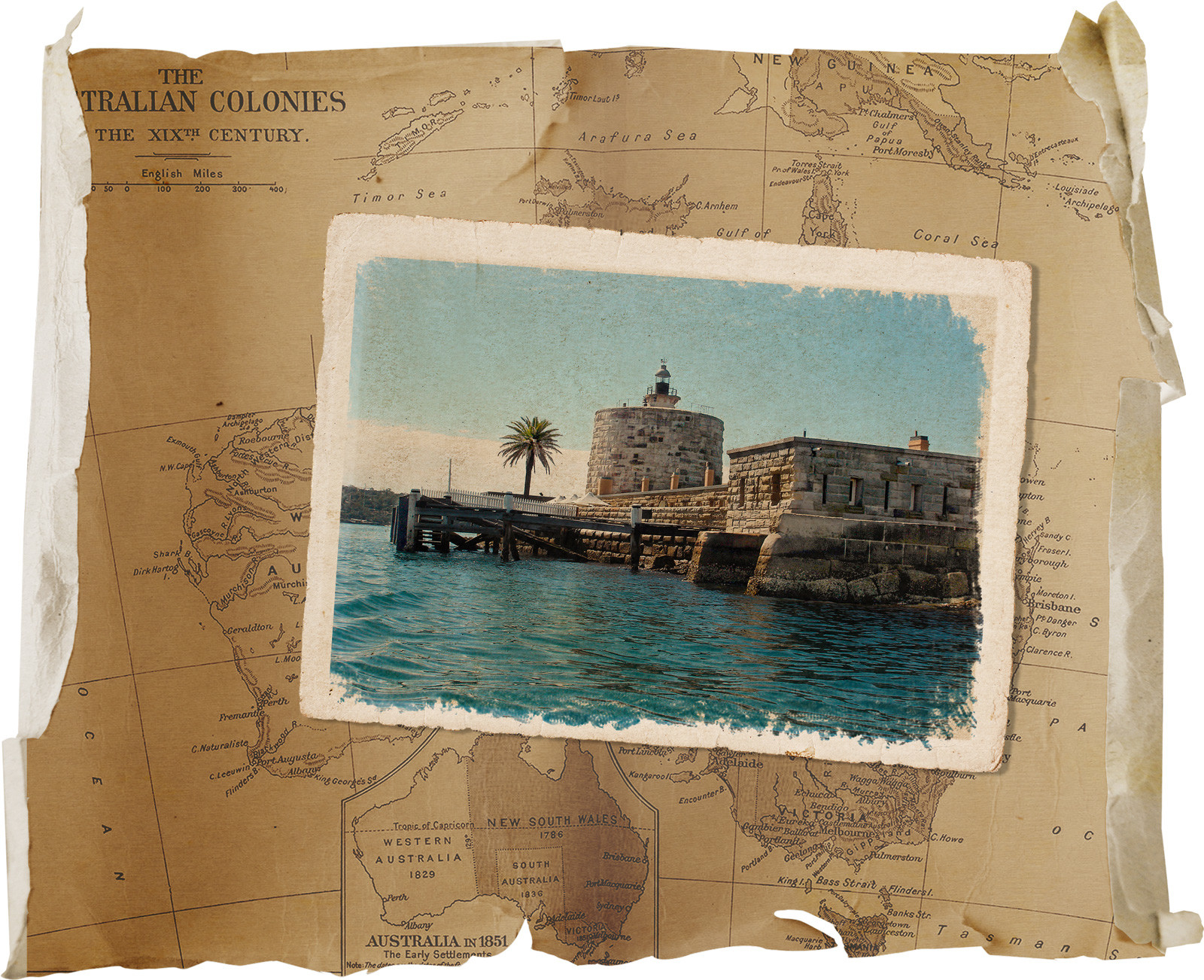 In 1841 the government of New South Wales built a fort at Pinchgut. Fortifications at Queenscliff, Portsea, Mud Islands in Melbourne's Port Phillip Bay, and Hobart followed. During a goodwill visit of the flagship of the Russian Pacific squadron, Bogatyr, to Sydney and Melbourne, about 8,000 Australians were allowed to come on board to allay fears that the Russian visits had anything other than peaceful intentions. The Commander of the Russian Pacific Fleet, Rear Admiral Andrey Popov paid formal visits to the governors of New South Wales and Victoria, and they, in turn, visited the Russian ship.

Meanwhile, Australian newspapers wrote that Bogatyr approach Melbourne almost unnoticed, raising awareness of the fact that the Australian shore was unprotected. Anti-Russian attitudes continued to build up. In 1864, The London Times claimed the colonies were on the brink of a Russian invasion, and Australian newspapers began spreading and exaggerating the fake news. 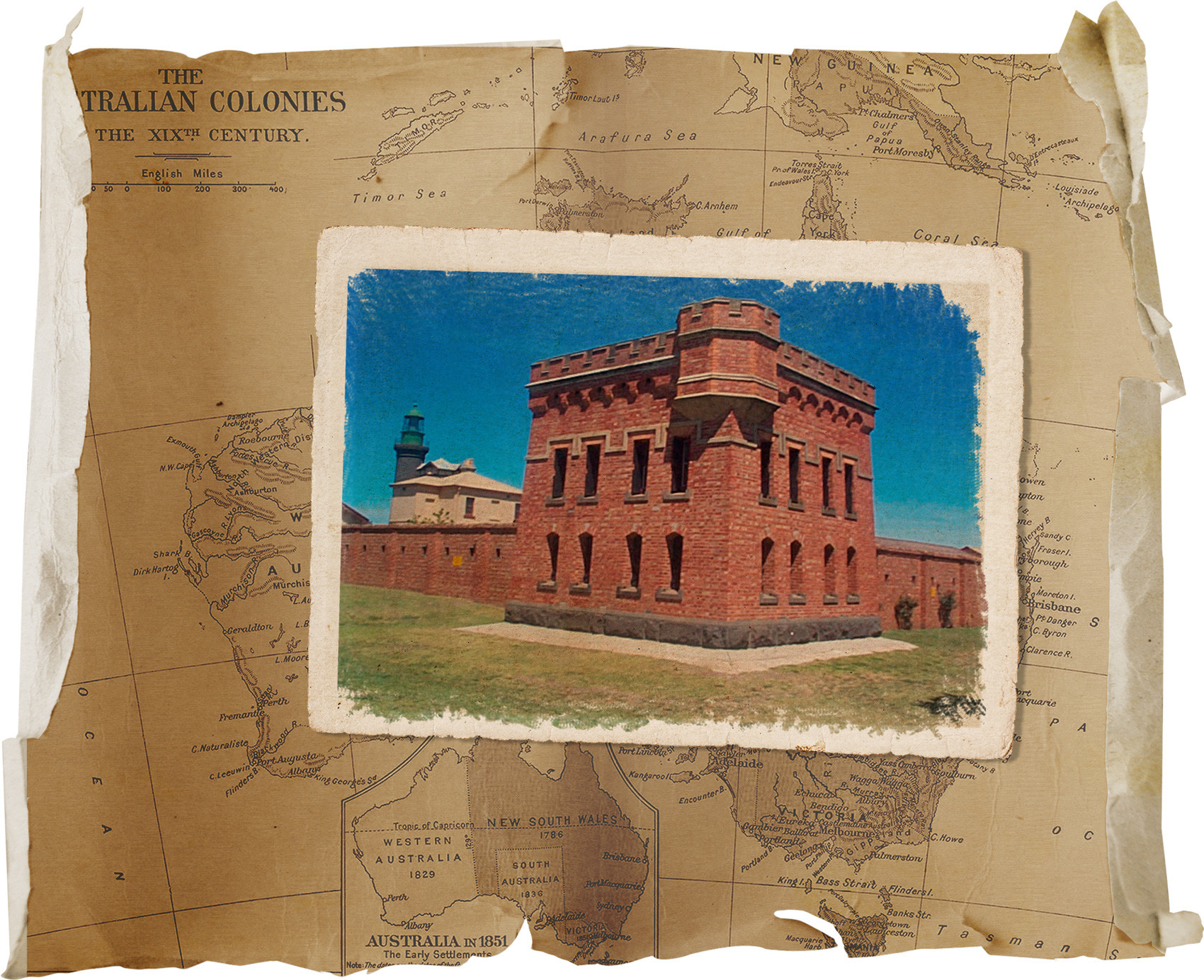 When in May 1870, the Russian corvette Boyarin appeared at the mouth of the Derwent River, rumors spread that it was the advance guard of an invasion fleet. Russian naval officers did all they could to dispel this nonsense. “The Mercury” newspaper in Hobart reported on May 30, 1870: “The Russian Imperial corvette Boyarin was thrown open yesterday afternoon for inspection by the general public, of whom about 2,000 embraced the opportunity, so rarely afforded, of inspecting the internal arrangements of a foreign man-of-war. The visitors were afforded free access to every part of the vessel, from the captain’s cabin to the forecastle, and men were stationed at the guns to show the mysteries of their construction to the uninitiated… It affords us much pleasure to be able to state that the officers and men of the Boyarin are highly pleased with the reception accorded them here…” The Mercury also noted that the officers were gallant and spoke three languages including English and French. 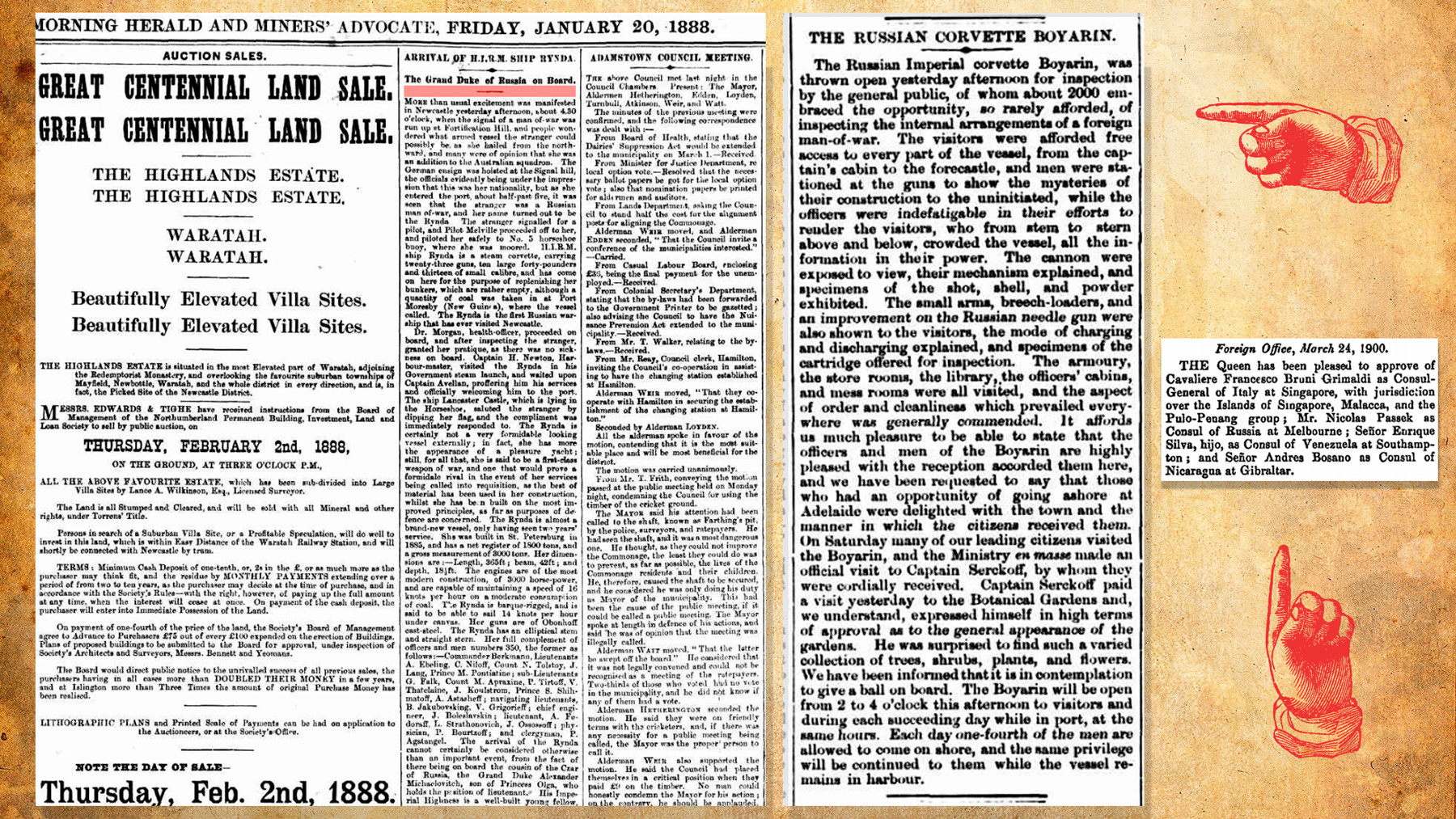 Australian newspapers with articles about visits of the Russian ships

Why did the Boyarin come to Hobart? It was just because Grigory Belavin, the ship’s purser, fell ill and needed medical attention. Belavin subsequently died onshore. He was buried in Hobart at the expense of the ship’s crew, and the Boyarin then left, while the Australian band on shore played the Russian national anthem, and a Russian band on board played “God Save The Queen”. So, the people got along pretty well – but journalists continued their muckraking. 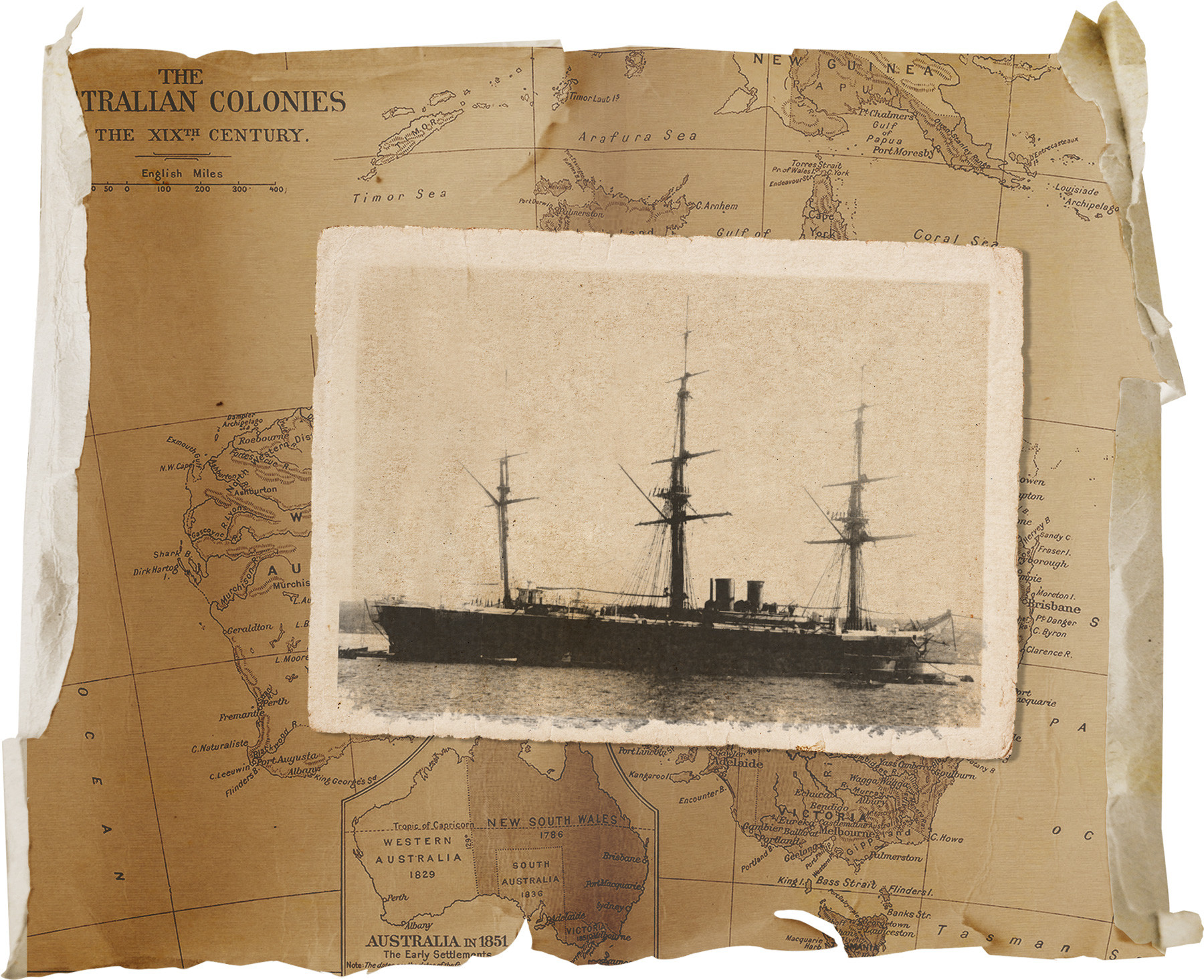 The Russian corvette Rynda in Sydney in 1888

But Australian defenses were indeed weak. In 1862, the Russian ship Svetlana sailed into Port Phillip Bay (Melbourne) and fired a full ceremonial cannon salute – but the fort didn’t reply. It was out of gunpowder.

Great Britain saw the victory of the Russian coalition in the Russo-Turkish war of 1877-1878 as a threat of a further push to India, so Australian colonies were advised to review their defense capability. By 1879, Australia had built its first two warships. When in 1882 three Russian ships, commanded by Admiral Aslanbegov, were sighted near Melbourne, local newspapers reported that he was there to attack the Australian merchant navy. Admiral Aslanbegov even threatened to sue local newspaper The Age. John Wodehouse, the British Secretary of State for the Colonies, had to wire the Australian government to reassure them that relations between Russia and Britain were 100 percent peaceful. Nevertheless, by 1885, Fort Scratchley in Newcastle, New South Wales, was built. 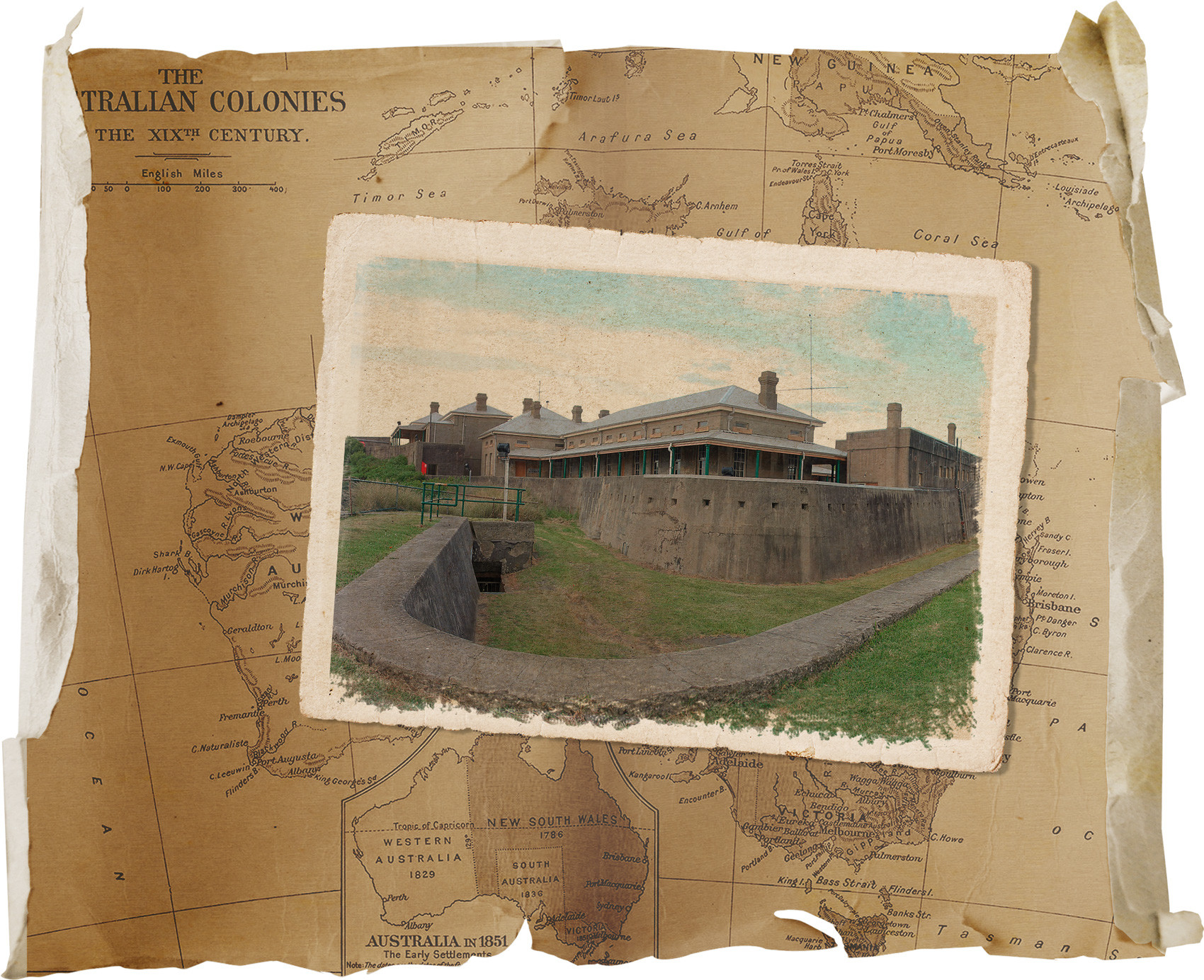 In 1888, Grand Duke Alexander Mikhailovich, a member of the Russian Royal family, came to Australia. It is unclear whether it was intended or not, but the Grand Duke arrived just in time for celebrations commemorating the 100th anniversary of the colony. The ship carrying him, the Rynda, was said to have anchored only in order to replenish her coal supplies. The Rynda sailed first into Newcastle, then onto Sydney. But the visit was not a formal one – the Grand Duke was invited as a private guest of Lord Carrington, the Governor of New South Wales –  but the media, again, made him the center of all events. 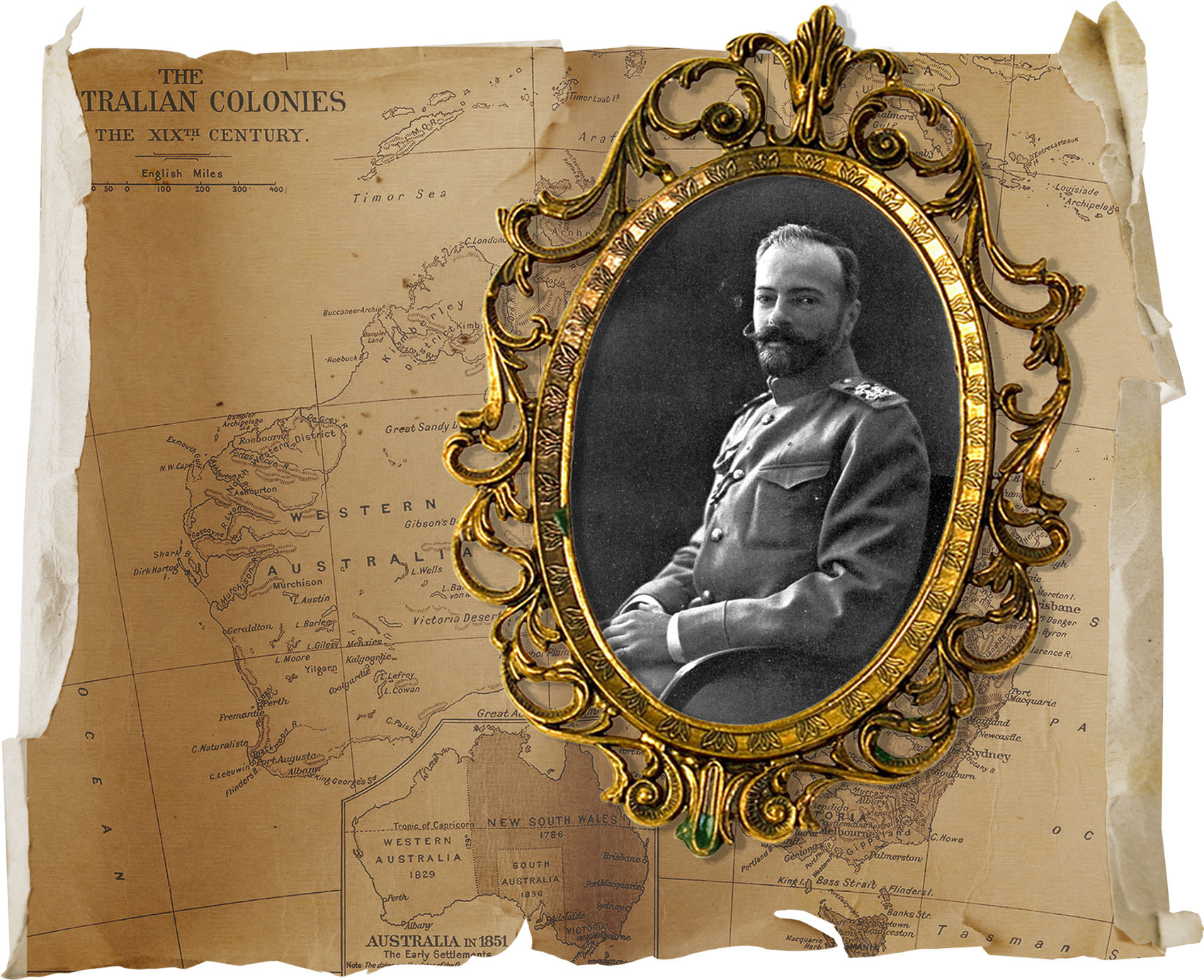 Russians and Australians alike did their best to impress each other and everybody was content. The Rynda stayed in Australian waters for almost three months. But after it left, journalists continued calling for restrictions on the entry of foreign naval ships to Melbourne’s port. 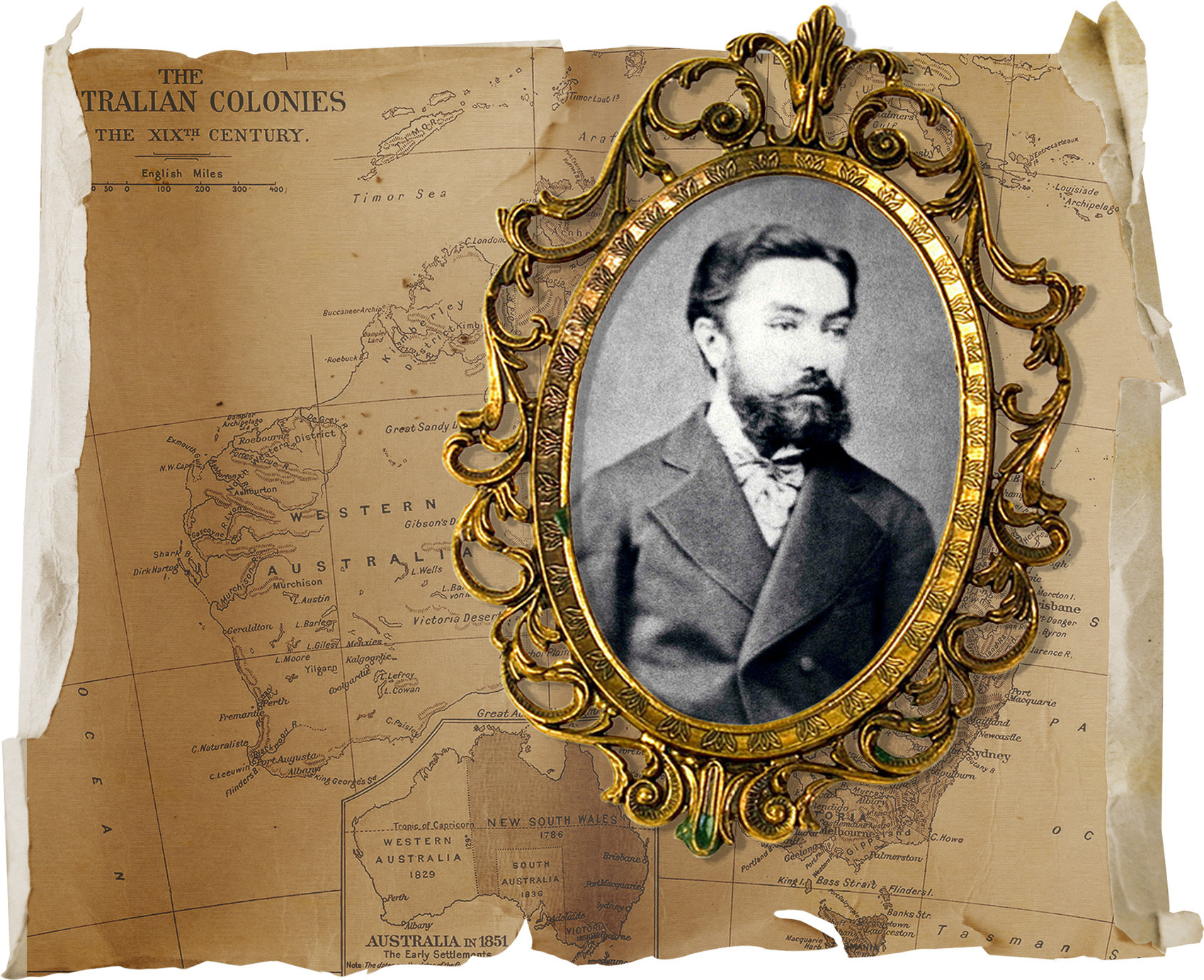 Vyazma Local History Museum, a gift from A. Zhavoronkov

In 1890 Russia decided that relations with Australia were important enough to appoint a permanent representative and, in 1893, Alexey Putyata was sent to Melbourne. Previously, Putyata had served as a Russian diplomat in the Balkans. One Bulgarian nobleman said that Putyata had “a rare capacity – he could charm people with the finesse of his manners and his courtesy.” So Putyata did his best to calm anti-Russian sentiment in Australia. He gave a long interview to The Age, which had been a leading voice in disseminating the militaristic rumors.

Finally, when the Australian Parliament was set to open in 1901, Great Britain announced that the Duke and Duchess of York (later George V and Queen Mary) would visit Melbourne. Russian Emperor Nicholas II considered it necessary for diplomatic etiquette to send a ship to Australia: “It is desirable to send a cruiser,” Nicholas wrote to his Foreign Minister. A cruiser called Gromoboi was sent to Australia. On May 9th, 1901, Russian consul Nikolay Passek was an honorable guest at the opening of the Australian Parliament. 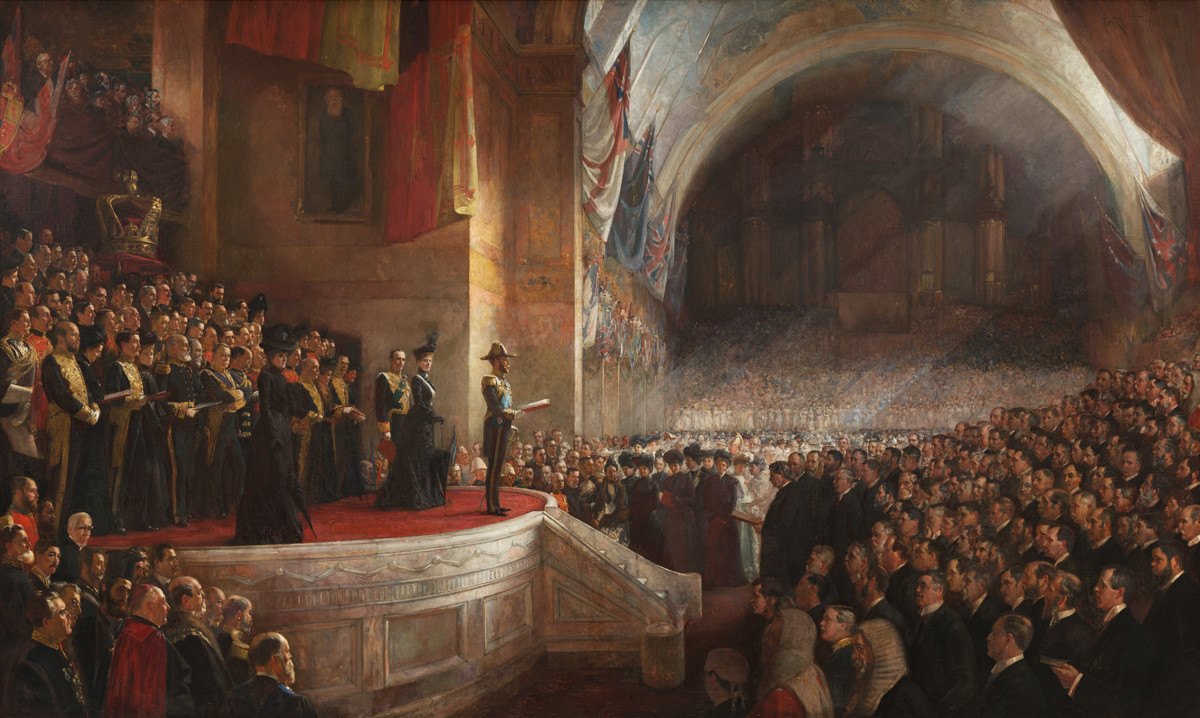 "The opening of the Parliament of Australia on May 9, 1901, Melbourne, Australia" by Tom Roberts (1856 – 1931). Nikolay Passek, the Imperial Russian Consul in Melbourne, is shown in far bottom left of image.

The Duke of York visited and studied the Gromoboi. The Duke even asked his cousin Nicholas II for permission for the cruiser to escort him to Sydney, which it did.

Thus, at the close of the 19th century, Russia and Australia finally reached unity and friendship at the highest levels. During World War I, as a British colony, Australia was allied with Russia. Sadly, this was the last epoch of friendship before the spy war that ensued between the states in the 20th century, but that’s another story.