Chernobyl is NOT Russia: A geography lesson of the disaster 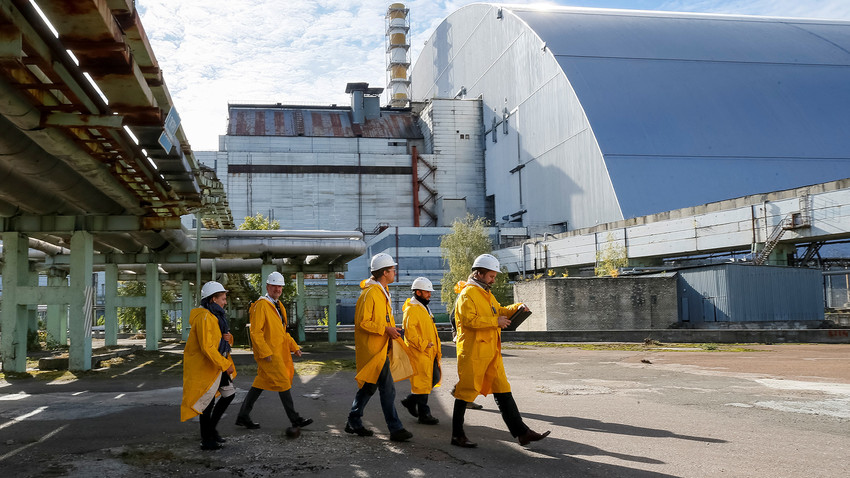 Reuters
33 years after the Chernobyl catastrophe, a new HBO miniseries is drawing attention to the tragedy again. Surprisingly, many people still think Chernobyl is in Russia. 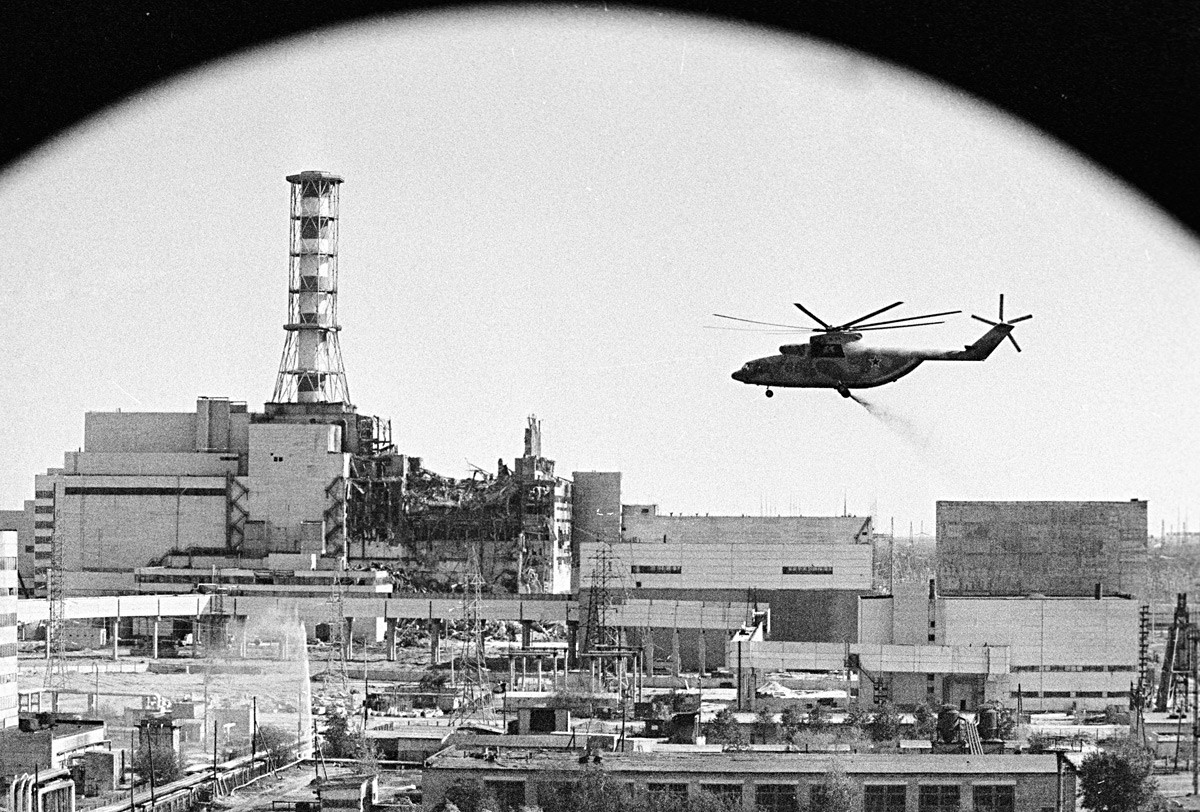 2. Which territories were evacuated and when? 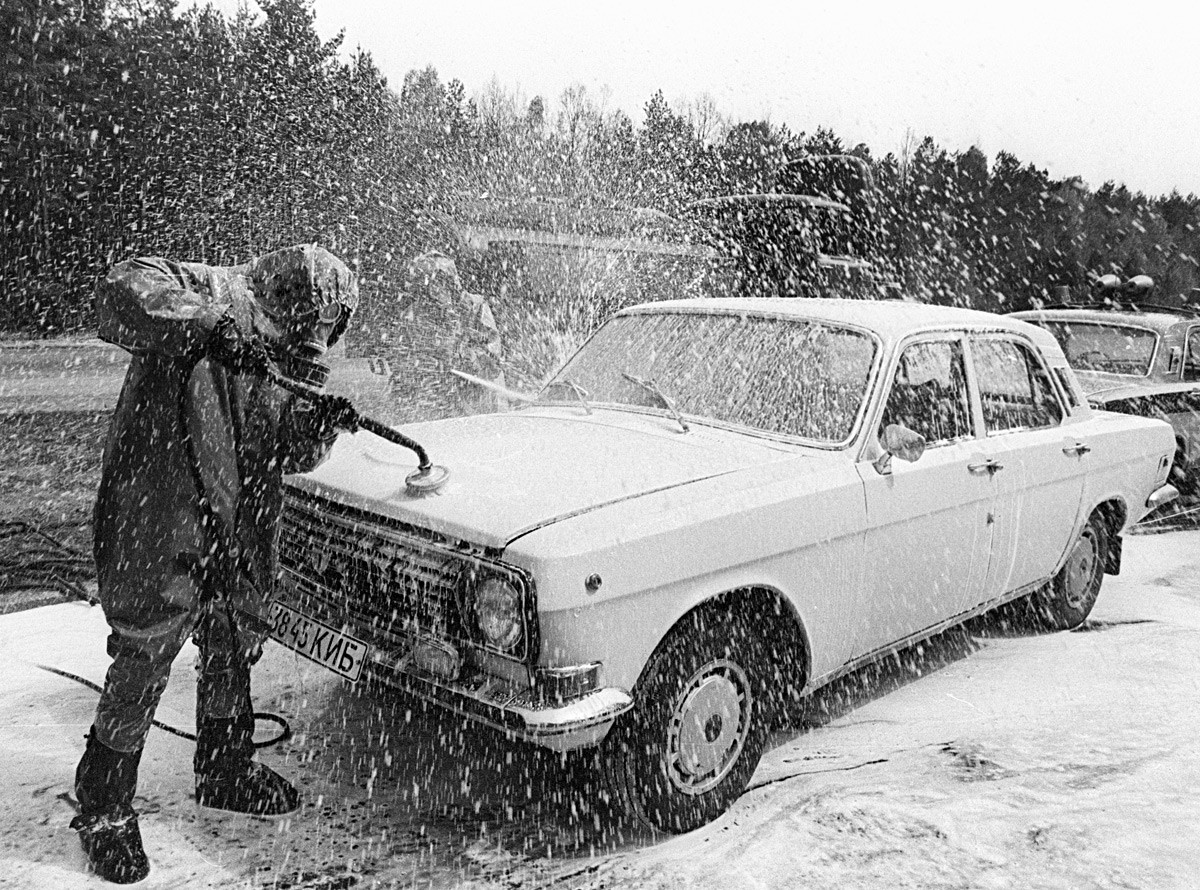 Decontamination of a car exiting the region of the disaster

For a couple of days, the authorities kept the accident a secret in fear of mass panic. Meanwhile, the pollution spread dramatically. Within 36 hours after the catastrophe, Pripyat, the city closest to the reactor, started evacuation of its citizens. People went on foot and by trucks, with their children and carrying personal belongings and clad lightly due to the warm weather. However, it was deadly for their health. Even an approximate amount of people who were affected by harmful doses of radiation is still unknown.

In the subsequent days after the disaster, people living in a 10-kilometer radius were evacuated; shortly thereafter, the area was expanded to 30 kilometers. 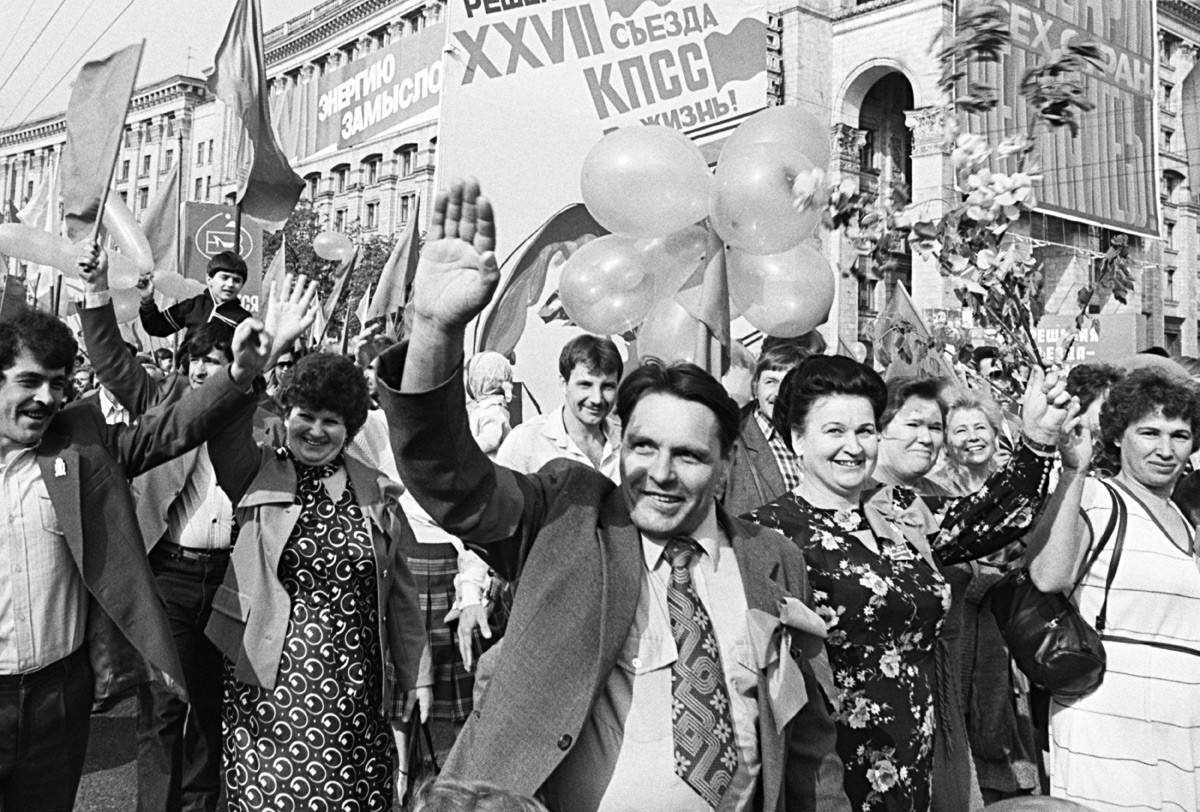 On April 28, 1986, the central Soviet news agencies finally reported the accident but didn’t issue clear instructions on how people could avoid contamination and protect themselves from the nuclear fallout. On May 1st, a holiday in the USSR, a vast demonstration was held in Kyiv. Volodymyr Shcherbytsky, head of the Communist Party of Ukraine, was also present with his wife and kids – although he already knew how dangerous that was, he couldn’t disobey Moscow’s orders.

3. Which territories were affected? 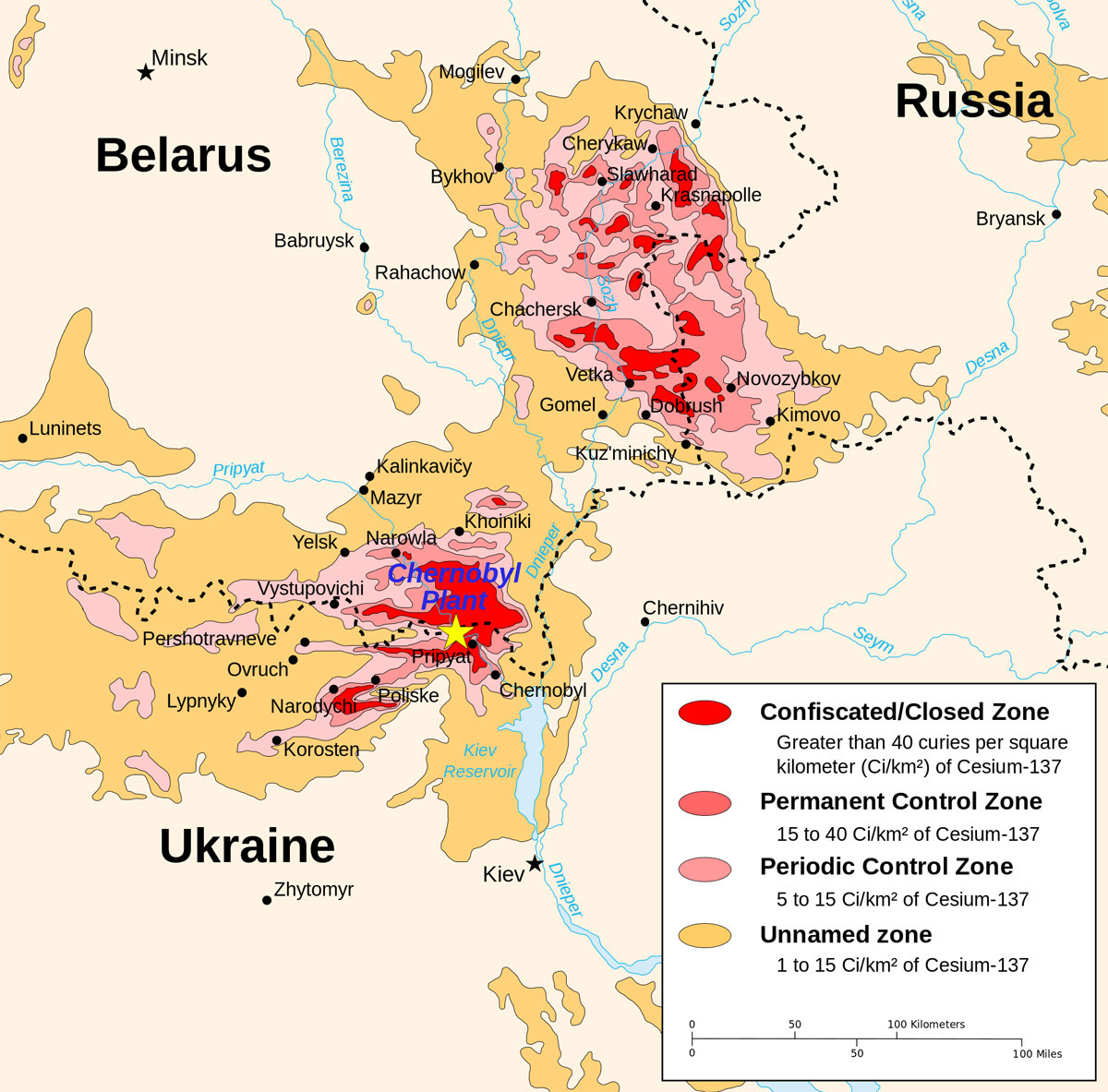 After the explosion, up to 50 tons of radioactive material were released into the atmosphere. The cloud passed over the European part of the USSR, and then over the Eastern Europe, Scandinavia, Great Britain and Eastern parts of the USA. The Belarusian and Ukrainian territories, however, were most affected. There were rumors that to stop the pollution cloud moving towards Moscow, the Soviets sent planes that induced rainfalls over the Belarusian territory to wash down the radioactive particles on the low inhabited districts of Belarus before the cloud reached Central Russia. The damage caused by this decision is also unestimated.

Generally, the explosion polluted a 200,000-km area with uranium and plutonium isotopes, iodine-131, cesium, and strontium-90 – all radioactive and damaging to human health.

4. What were the long-term consequences? 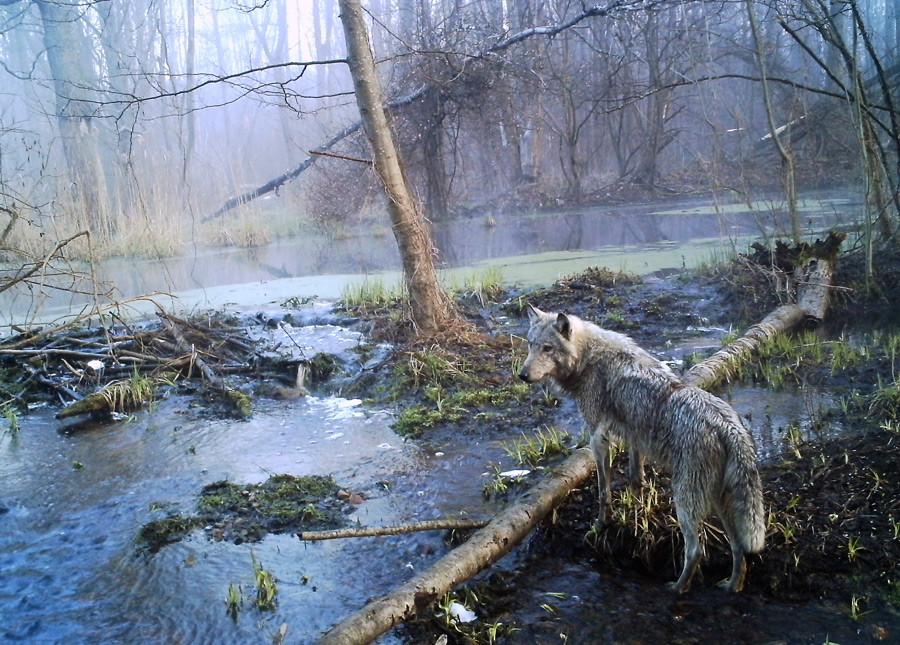 A wolf in a wild wood in Ukraine's Chernobyl, April 2012.

About 5 million hectares of land have been excluded from the agriculture and rural economy after the catastrophe. By 2011, about a third of this land had been recultivated and has since returned to agricultural activity.

A 30-kilometer radius exclusion zone has been made permanent after the catastrophe. It covers approximately 2,600 km2. The town of Chernobyl is its epicenter. Inside the zone, about 5,000 people work continuously on the liquidation of the consequences of the catastrophe. Most of them live in the nearby town of Slavutich. There are more than 300 people who voluntarily live inside the zone. Different species of animals, fish, and birds continue to inhabit the zone.

But the polluted territory stretches farther than the exclusion zone. In 1990s, more villages and towns were depopulated because of the pollution. 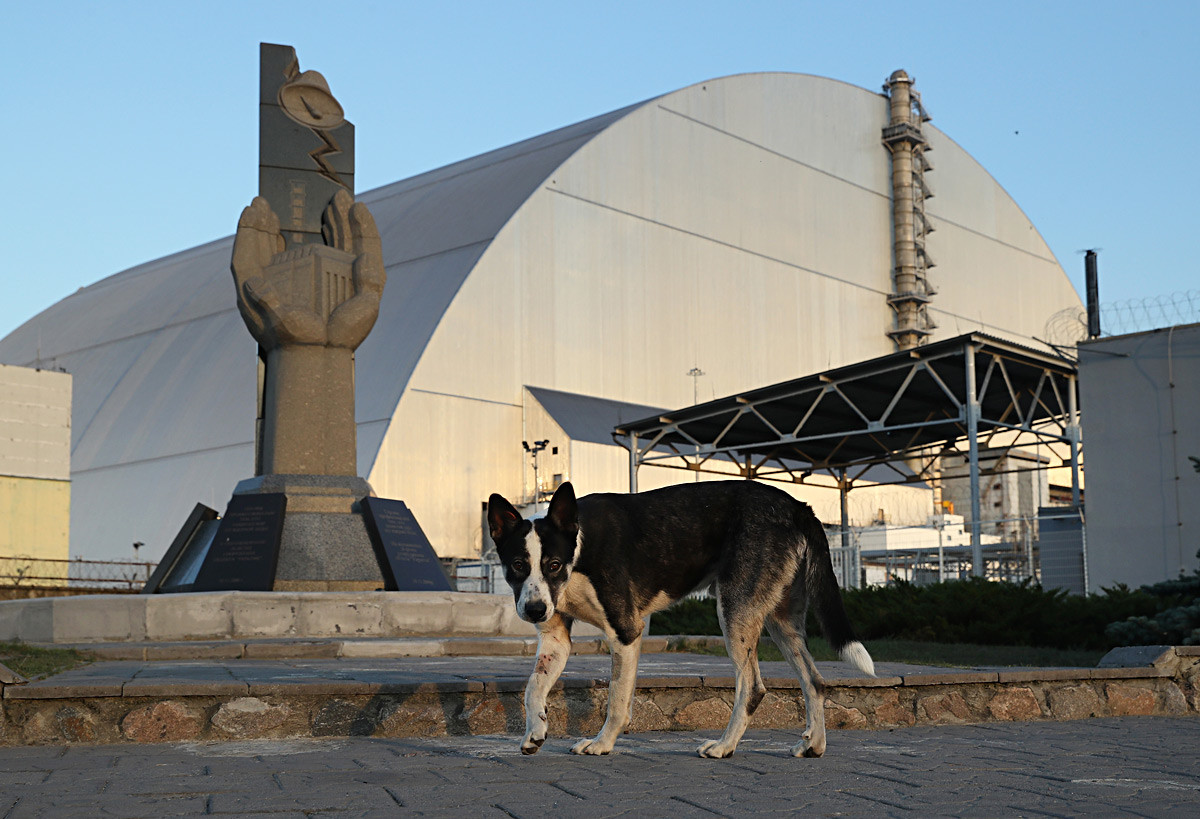 A stray dog outside the new enclosure that covers devastated reactor number four at the Chernobyl nuclear power plant. August 18, 2017.

On April 26th, 2016, The Chernobyl Radiation and Ecological Biosphere Reserve was created to further minimize the consequences of the disaster and to preserve and recover the remaining natural resources. The official area of the Reserve is about 227 hectares.