How the Soviets tried to sell Moskvitches to Americans (PHOTOS)

History
Yekaterina Sinelschikova
Valentin Huhlaev/russiainphoto.ru
The Moskvitch car was a symbol of the Soviet middle class. But when it came to exporting it to the U.S., things didn't quite go to plan… This roller-coaster tale could be made into a Hollywood movie.

Joseph Stalin was a passionate lover of foreign cars. Once, after seeing Opel and Ford models at an exhibition in the Kremlin in 1940, he decided that the USSR must also have its own mass-produced automobile. His wish was taken as a command.  And so, the Moskvitch was born. An assembly plant of the same name was founded with the help of car manufacturers from Detroit (a Soviet delegation had been sent to the U.S.). It eventually went bankrupt only after the collapse of the USSR. But, prior to that, Moskvitch brand cars had managed to become what they had been intended to be - a "people's car" that would also not be embarrassing to export to the West. 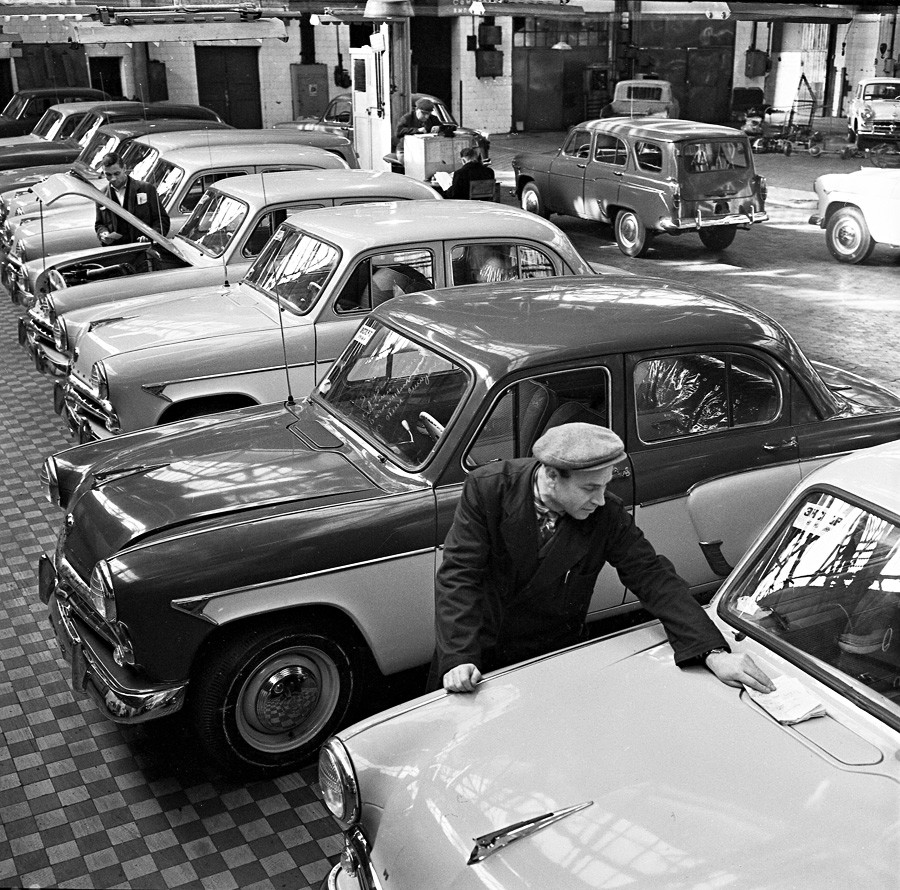 The first Moskvitch model appeared in 1947 and a few years later it was already successfully exported to Egypt - and even ‘capitalist’ France and Norway. Just getting access to the U.S. market would have been a great success, and, what’s more, the slogan ‘Catching up and overtaking America’ was something of a state development strategy at the time. In the fall of 1959, it almost became a reality. Stalin was already dead and Nikita Khrushchev was Soviet leader, and it was he who met with Dwight Eisenhower, the 34th president of the United States. 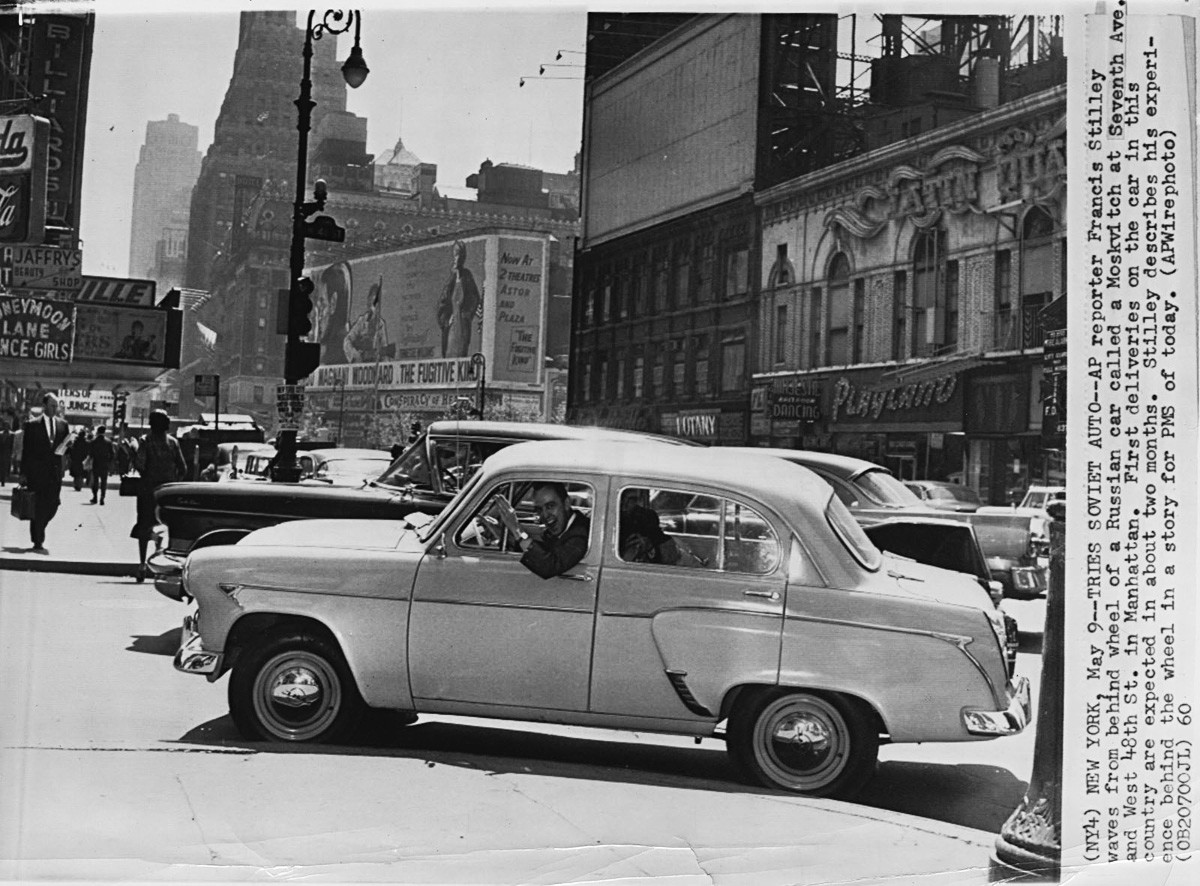 If one is to believe the memoirs of the car’s chief designer, Alexander Andronov, when the subject of cars came up during the meeting, Eisenhower gave the go-ahead for the sale of the Moskvitch-407 on the American market, and added that, “when he retires, he will be happy to have such a car on his ranch." That same year, Associated Press published a photograph showing a Soviet Moskvitch turning from 7th Avenue into 48th Street in Manhattan. The caption under the photograph said that, in the near future, 10,000 such cars would arrive in America. 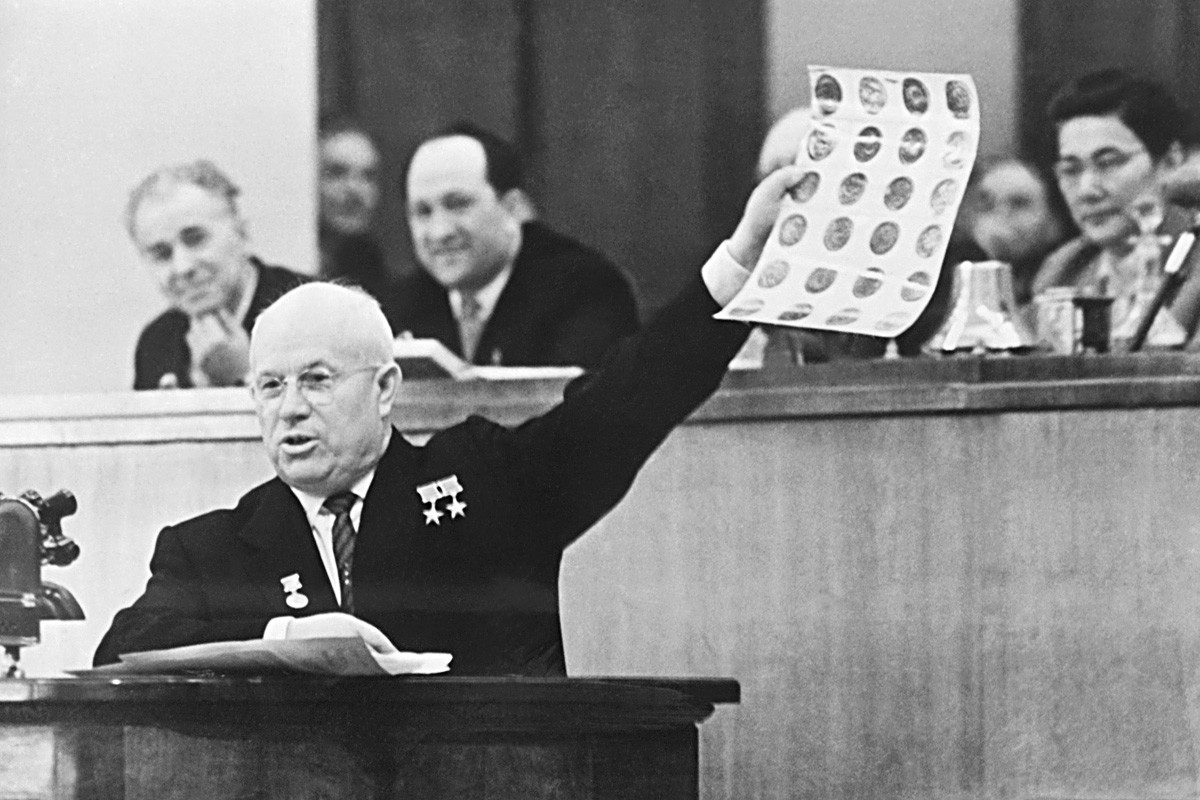 At a time when not a single American car was actually being sold in the Soviet Union, it was a landmark deal for the USSR. And it really happened: An agreement with the importer was signed. But the promised 10,000 Moskvitch cars never reached America. A notorious incident occured: American reconnaissance pilot Gary Powers was shot down flying a U-2 spy plane over the territory of the USSR. The ensuing international scandal was the first, but not the only obstacle. 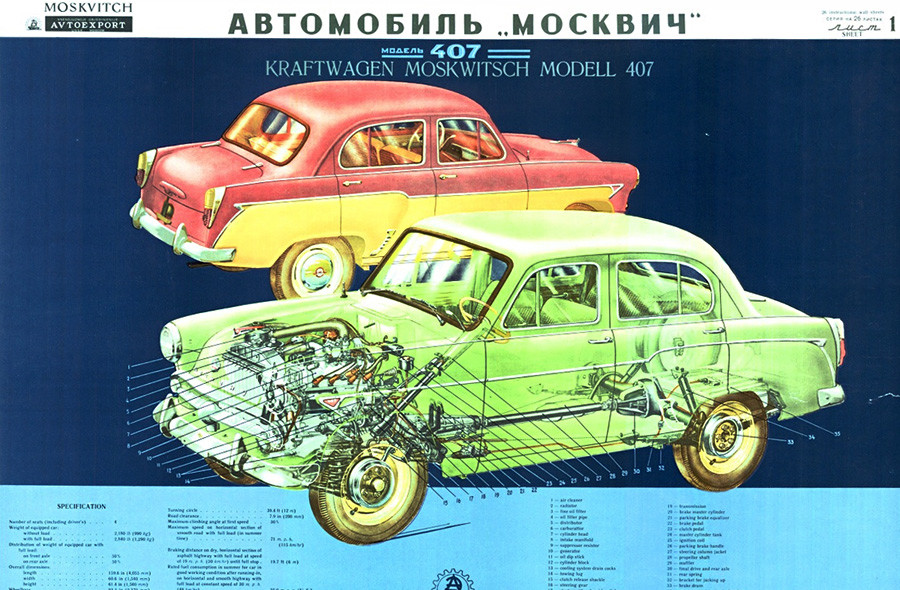 Even before the plane incident, the U.S. Secretary of Commerce said he would take measures against the Moskvitch, to prevent it from coming onto the U.S. market. The reason for this was anti-dumping legislation. The USSR was going to sell the car for a ridiculous price - $1,500. In addition, an American company had hired a law firm to prove that the Russian automobile had a component with a patent belonging to the Americans. 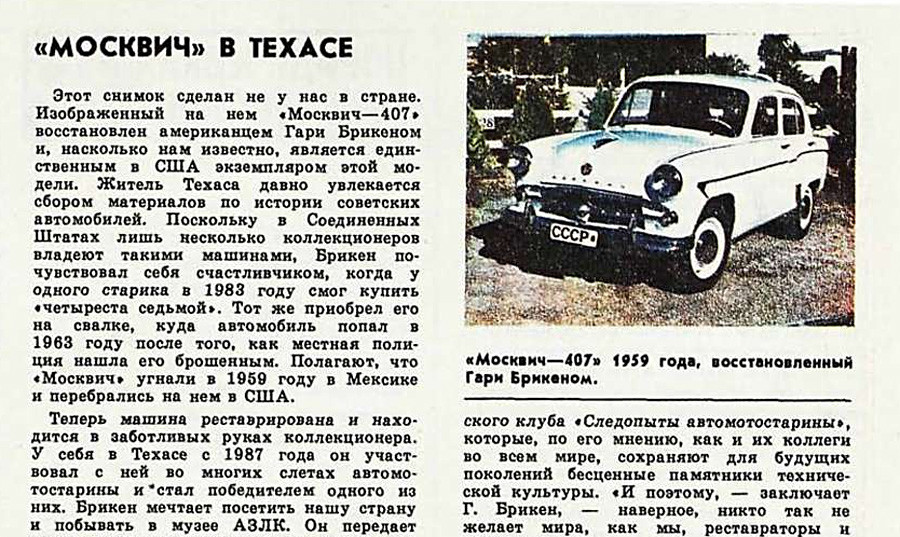 In the end, it all turned out very bad for the Moskvitch. Nevertheless, three vehicles were somehow imported by private individuals to the U.S. in the late 1950s. One of them was later destroyed by fire, while traces of the second one were lost somewhere in the environs of Detroit, but the story of the third Moskvitch sounds like a blockbuster. The Soviet magazine Za Rulem published it in July, 1988. 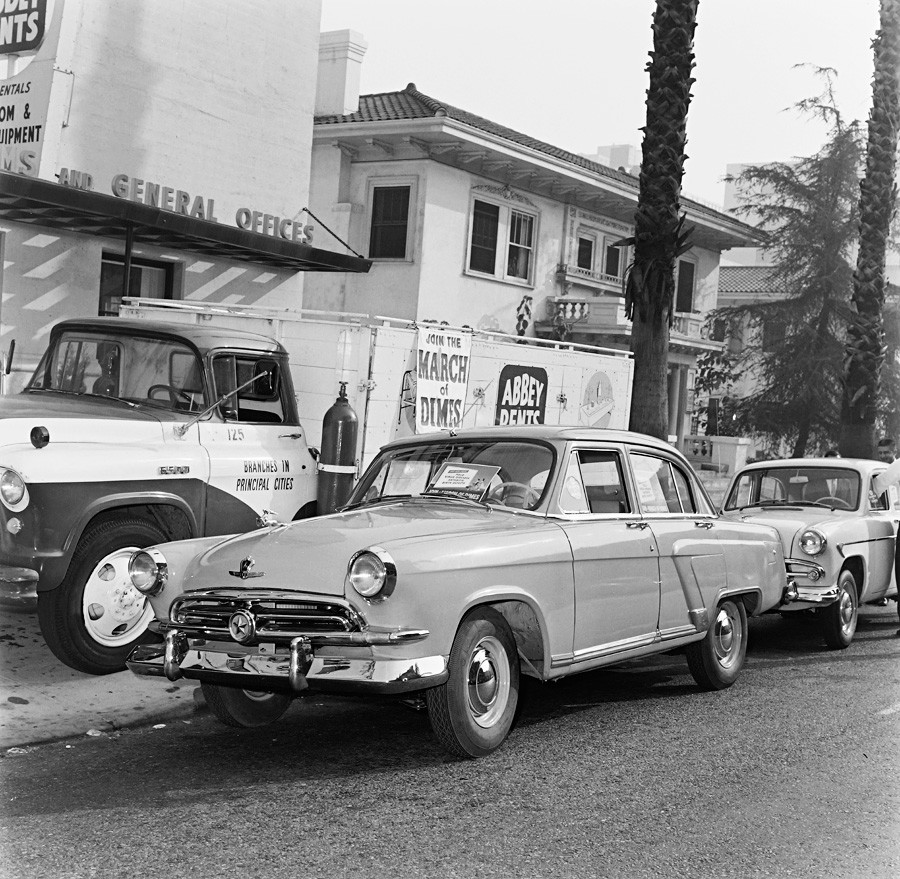 Russian Moskvitch—an unusual site on the streets of Los Angeles. 1958

At the beginning of 1958, it was bought in Europe by an American, who loaded it on a ship in Amsterdam and brought it all the way to the port of Los Angeles. However, the Moskvitch was not allowed in by customs, because it had failed to meet American regulations and, moreover, had its doors damaged during unloading. So the owner decided to send it to Mexico and sell it there. But, as soon as the car arrived in Mexico, it was stolen and taken back to… Los Angeles. 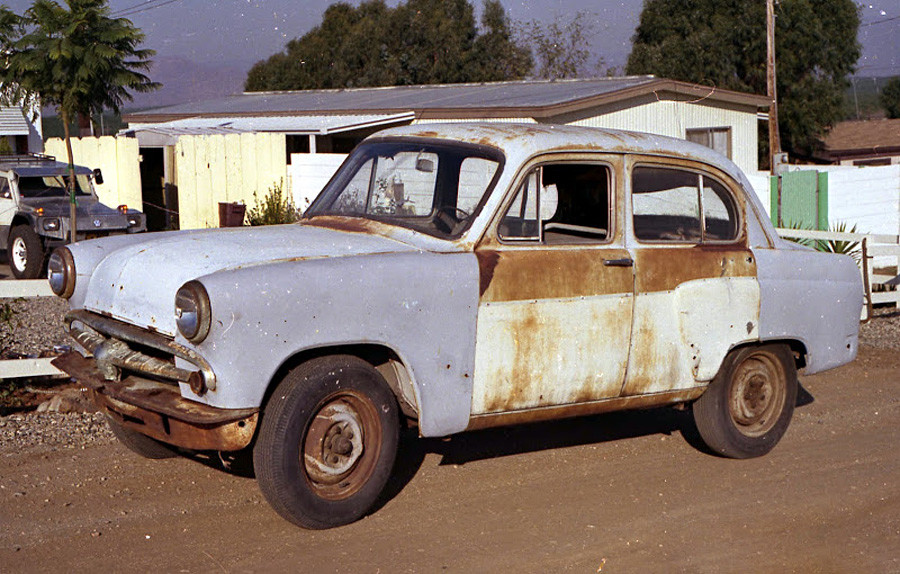 Of course, selling it there didn't prove possible. So the car was stripped of everything that could be removed, and was left abandoned in the street. Police found the Moskvitch, which was not registered in anyone's name, and ordered it to be taken to a local junkyard. 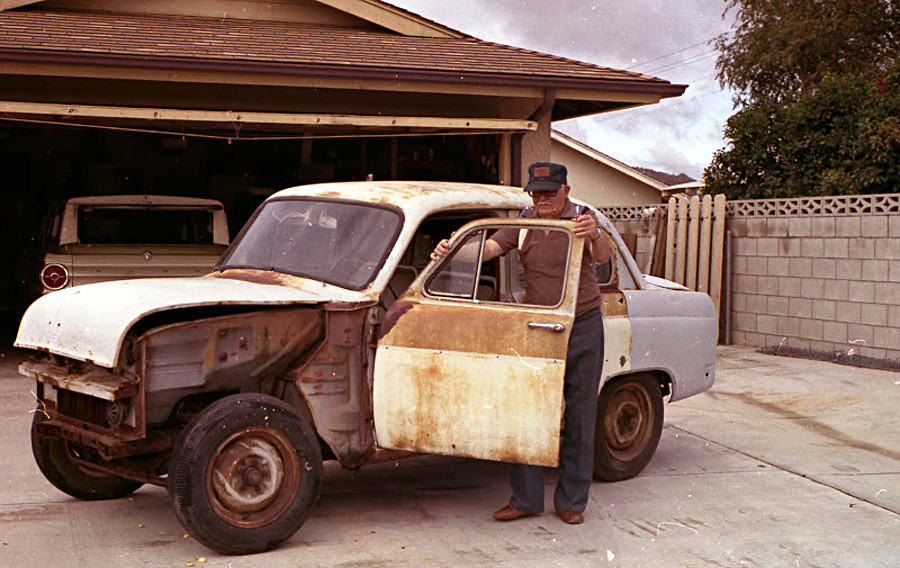 Bev Kidwell, the junkyard owner, took an interest in the unknown car and decided to see what it was capable of. He repaired it, drove around in it for a bit and then forgot all about it. But one day, an old friend who urgently needed a car for a trip, turned up at the yard. The Moskvitch turned out to be the only car available. Yes, it had no registration but, by a weird coincidence, the friend worked for the DMV - the Department of Motor Vehicles. Temporary car registration documents were obtained and Kidwell bought the car from the state of California for $35. 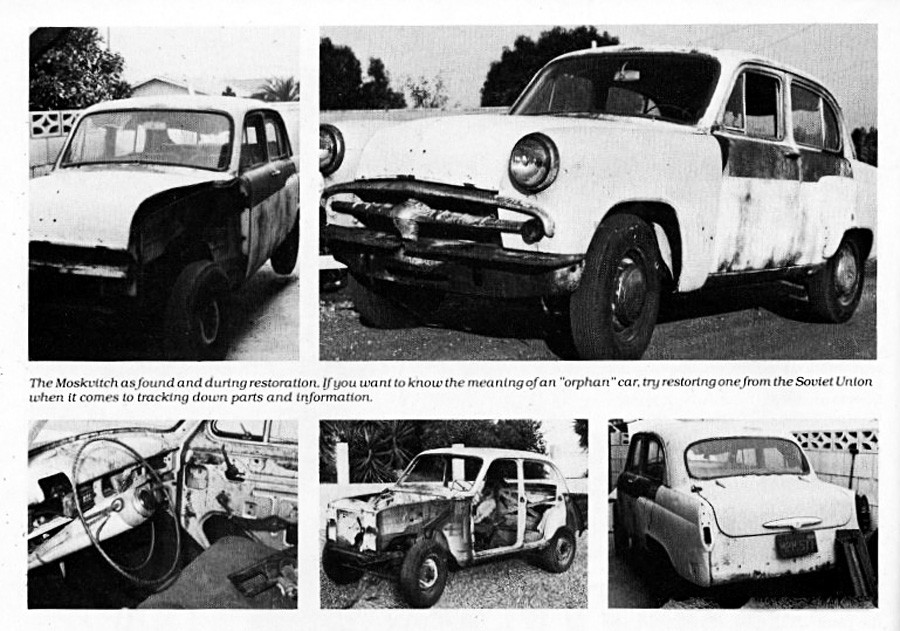 The story didn't end there. The car stayed with Kidwell, rusting in his junkyard for a whole 20 years. In 1981, he closed the yard and decided to put the Moskvich up for sale. Collector Gary Bricken came across the ad in a newspaper. He bought the car in a poor condition for just $300. 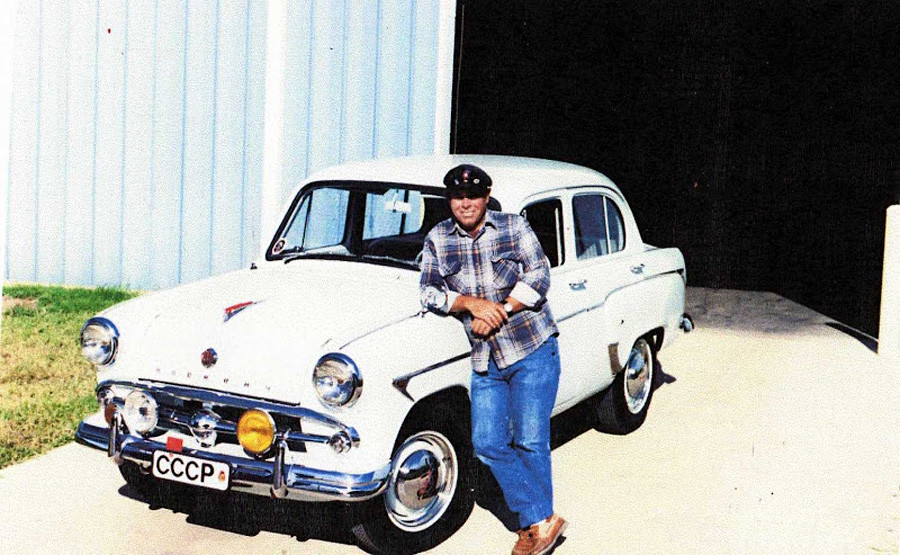 Then followed the long and agonizing business of finding spare parts for the car. There were neither diagrams nor instructions. Gary managed to order some parts from Europe and they took months to arrive. Having finally obtained all the necessary components, Gary took the car to a mechanic, but a few days later discovered that both the mechanic and his car had disappeared… After six week of searching, he found the automobile in a barn eight kilometers outside the city. 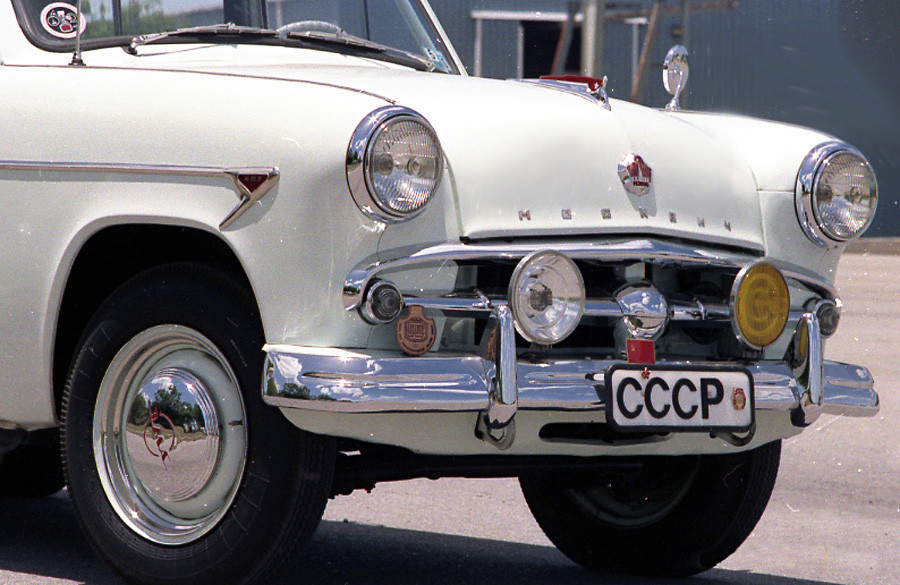 In total, it cost Gary $4,400 to have the Son of Moscow (as he affectionately called the Moskvitch) restored. But his misfortunes didn't end there. When he presented the Soviet rarity for the first time at a local car show in Texas, the Soviet flag and letters ‘CCCP’ [USSR] on the number plate were clearly visible and not to the liking of many people. He even had a visit from FBI agents who came to find out about his possible contacts with communists. 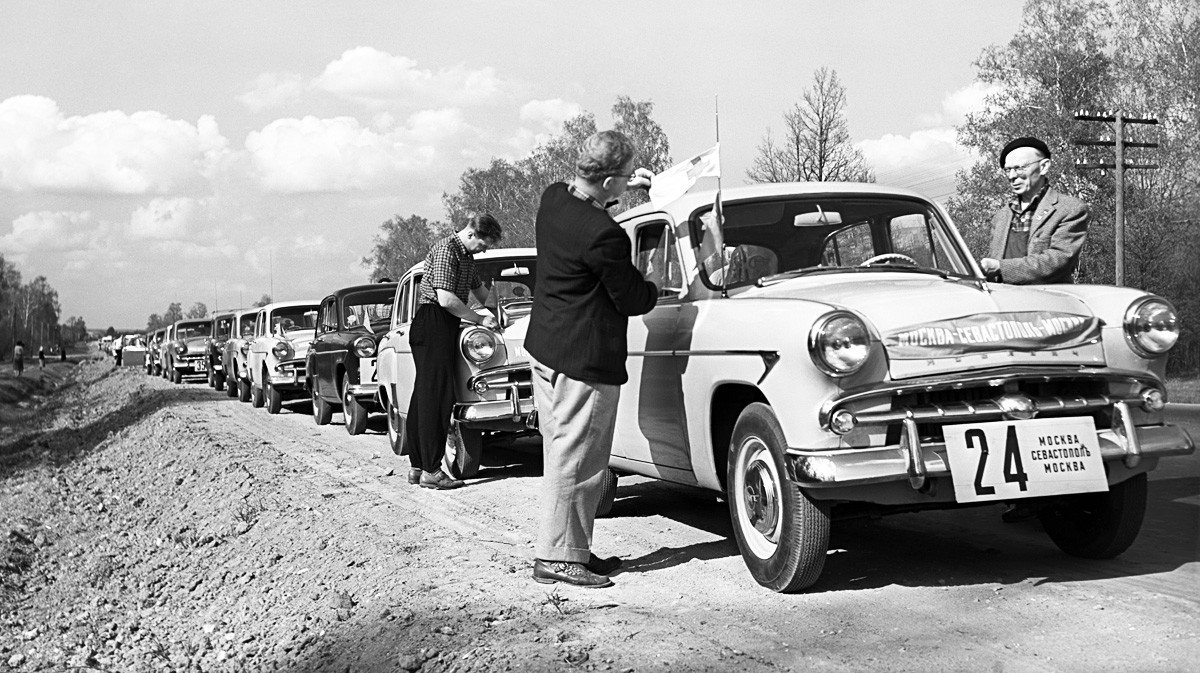 Its long-awaited recognition came in 1987 at a more prestigious car show in Texas, where the car won first prize and came third in the People's Choice category, behind a Cobra 427 and a BMW M-1 worth $250,000!