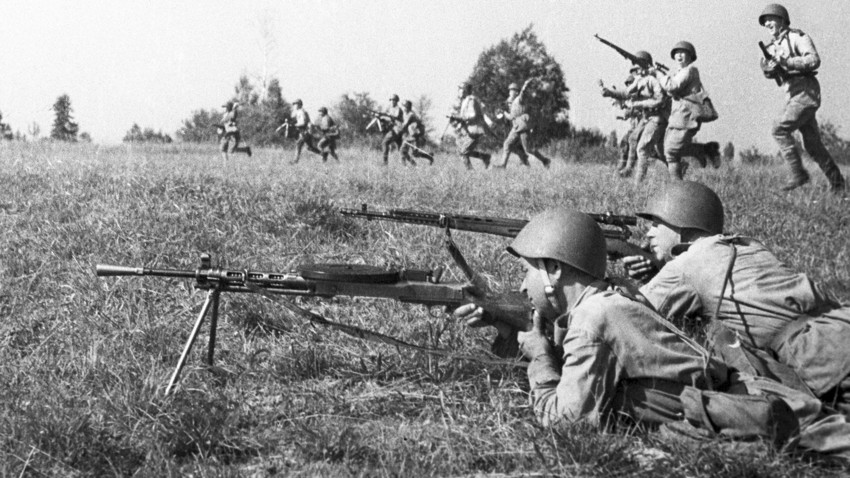 Boris Yaroslavtsev/Sputnik
Operation “Bagration” was the Soviet revenge for the catastrophic disasters of 1941. It cost the Third Reich the lives of almost half a million of its soldiers, and the whole Army Group Center was destroyed during the process.

In the summer of 1944, Soviet troops were ready to begin the liberation of Nazi-occupied Byelorussia. The Red Army command was eager to take revenge for the disastrous defeat it suffered there in 1941. Now the time for the Soviet Blitzkrieg had come. The offensive was planned for the 23rd June, almost to the day Barbarossa had started three years before. 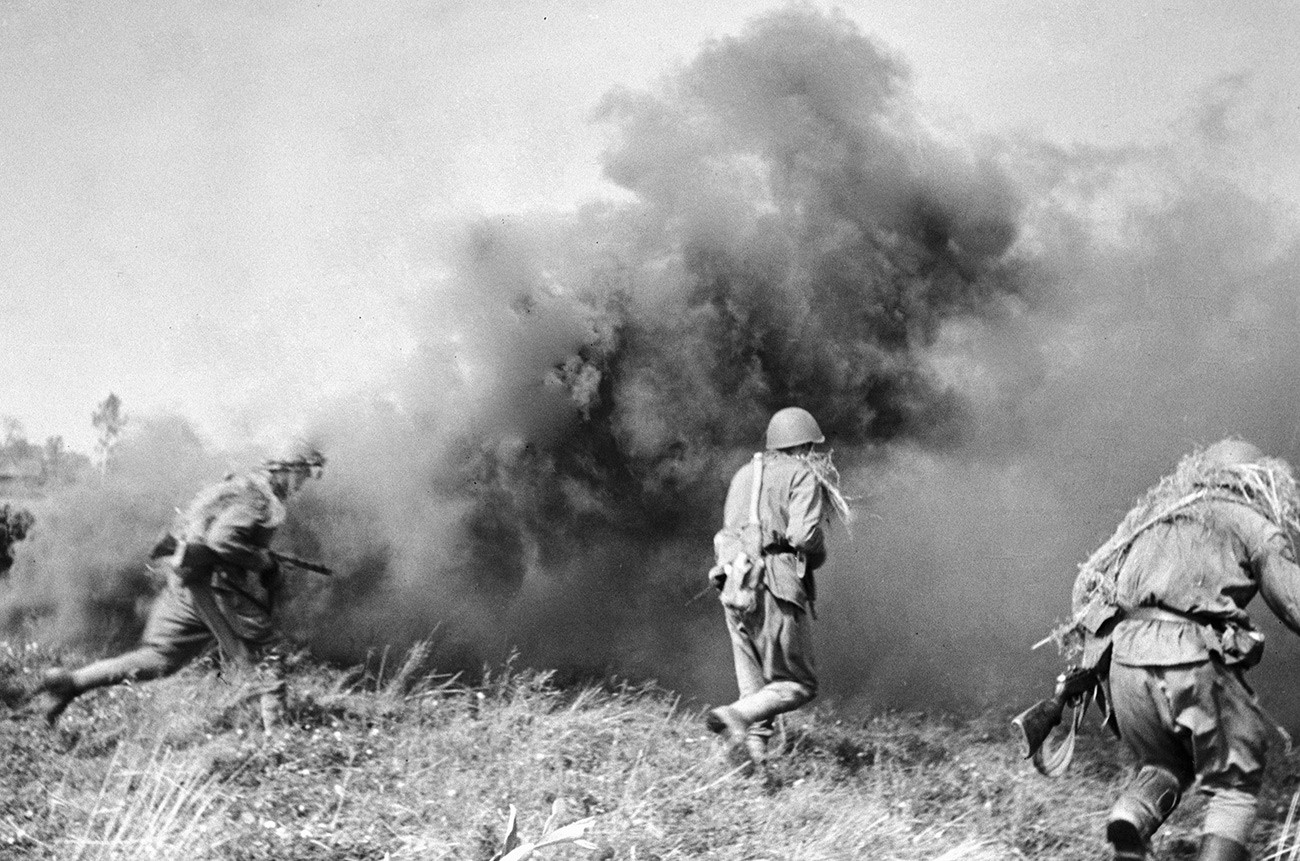 The massive offensive operation was named “Bagration” after the Russian military commander during the 1812 war against Napoleon, Prince Pyotr Bagration, who was mortally wounded at the Battle of Borodino. 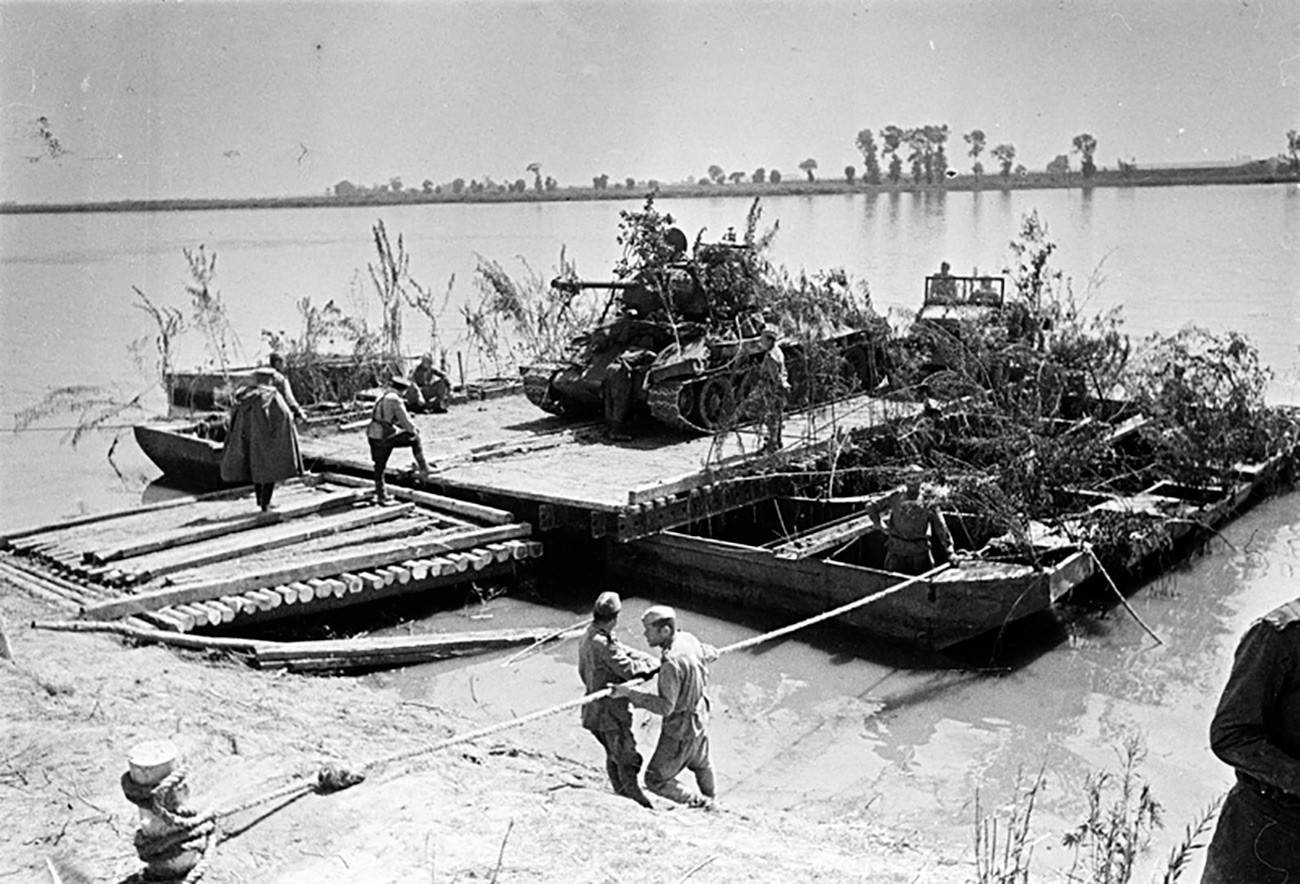 When the Operation started on 23 June 1944, the Soviet troops had 1.2 million troops drawn up opposite 800,000 Germans. Despite numerical superiority, the Soviets had a difficult task to complete: to break into strongly prepared defensive positions of the enemy. 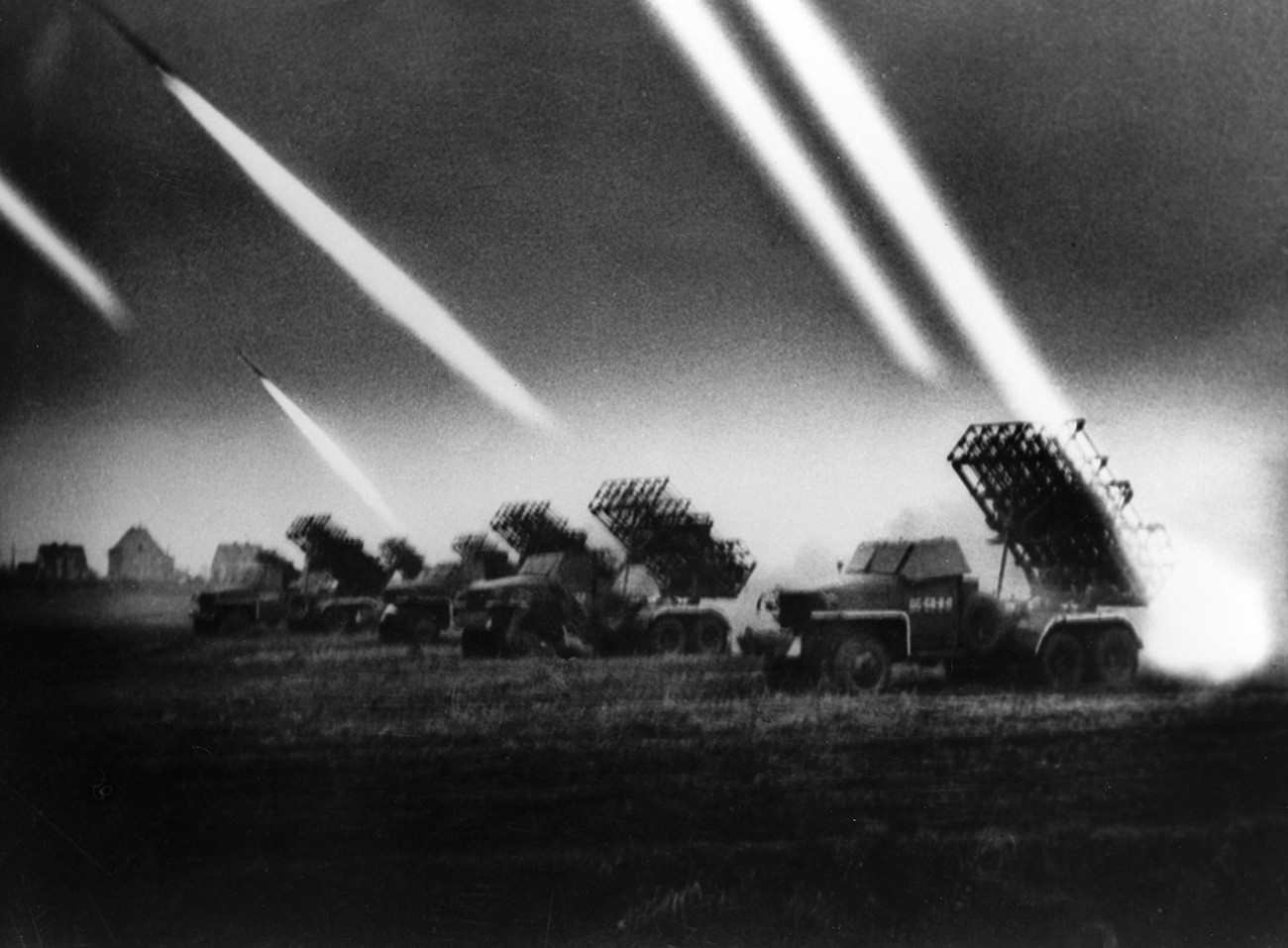 When “Bagration” was in full swing over four million troops, 62,000 artillery guns, 7,500 tanks and self-propelled guns, and over 7,100 aircraft from both sides were involved in the battle. 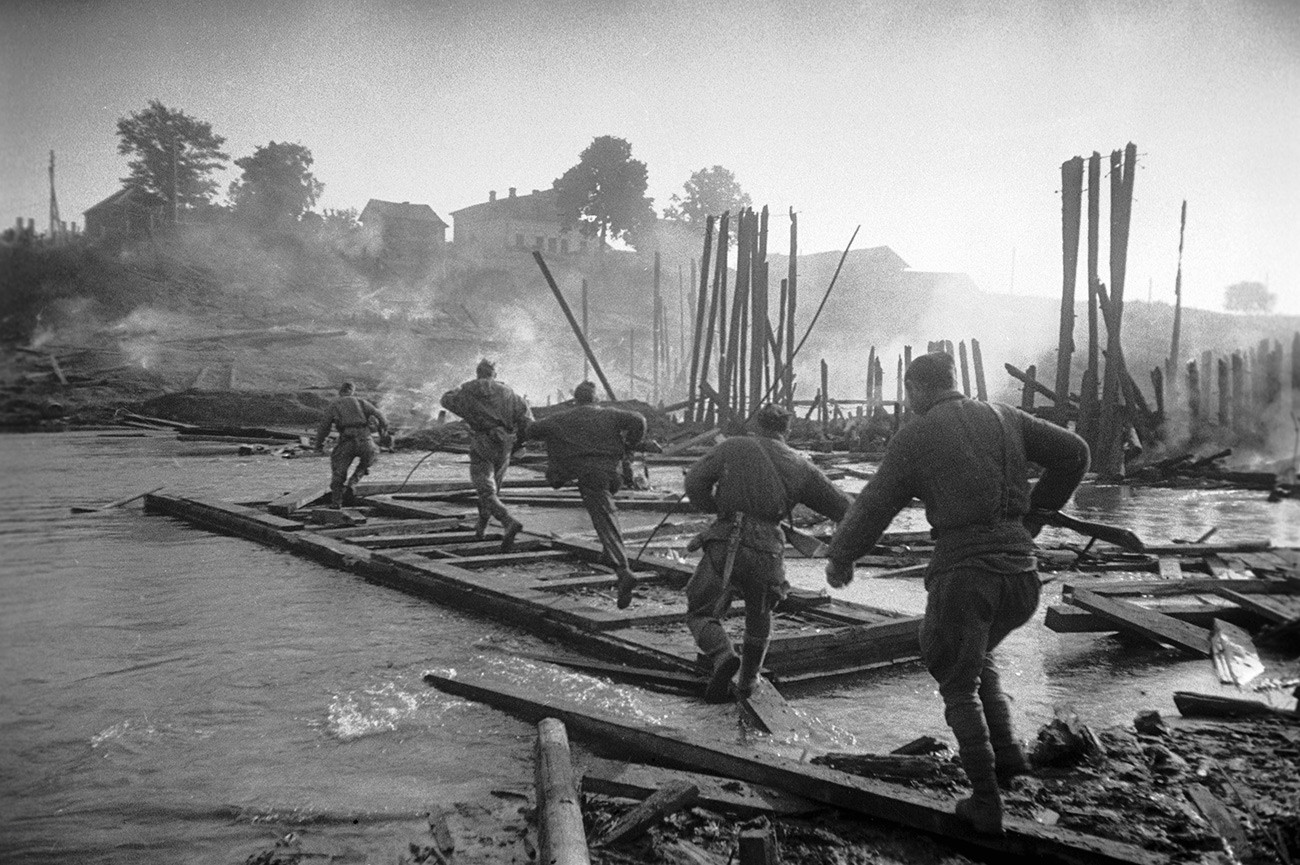 With well-organized coordinated strikes of ground troops and aviation, the Soviets simultaneously breached the enemy defense at six points along the frontline. German armies near Vitebsk and Bobruisk, Orsha and Mogilev suffered heavy defeats. The main forces of Army Group Center were encircled at the Soviet Byelorussian capital of Minsk and annihilated. 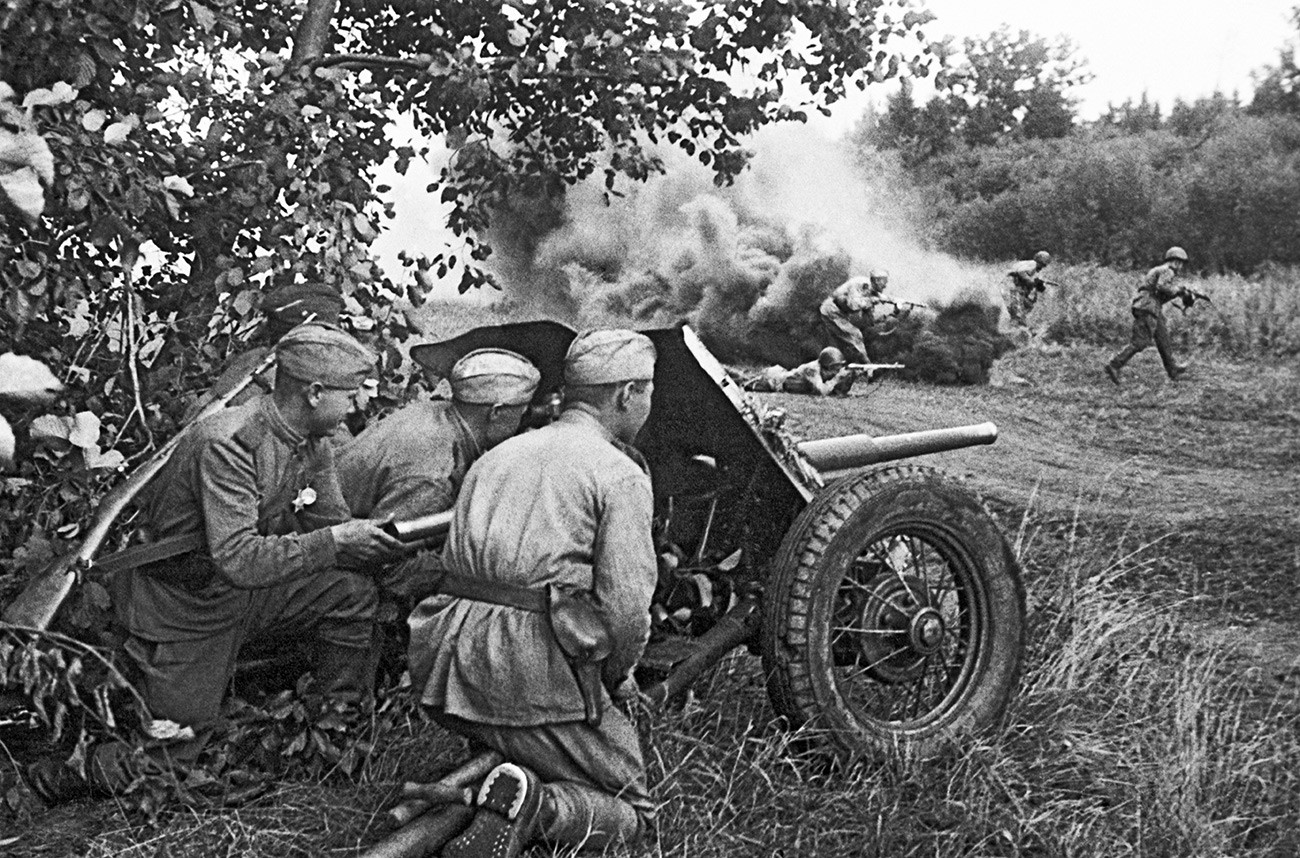 Significant aid was afforded advancing Soviet troops by partisans. On August 3, 1943, they launched Operation Rail War aimed at destroying enemy railway infrastructure in the rear. As a result, 215,000 rail lines and dozens of bridges were destroyed, over 1,000 trains were derailed, and German transportation and traffic on the Eastern front fell by 40%. 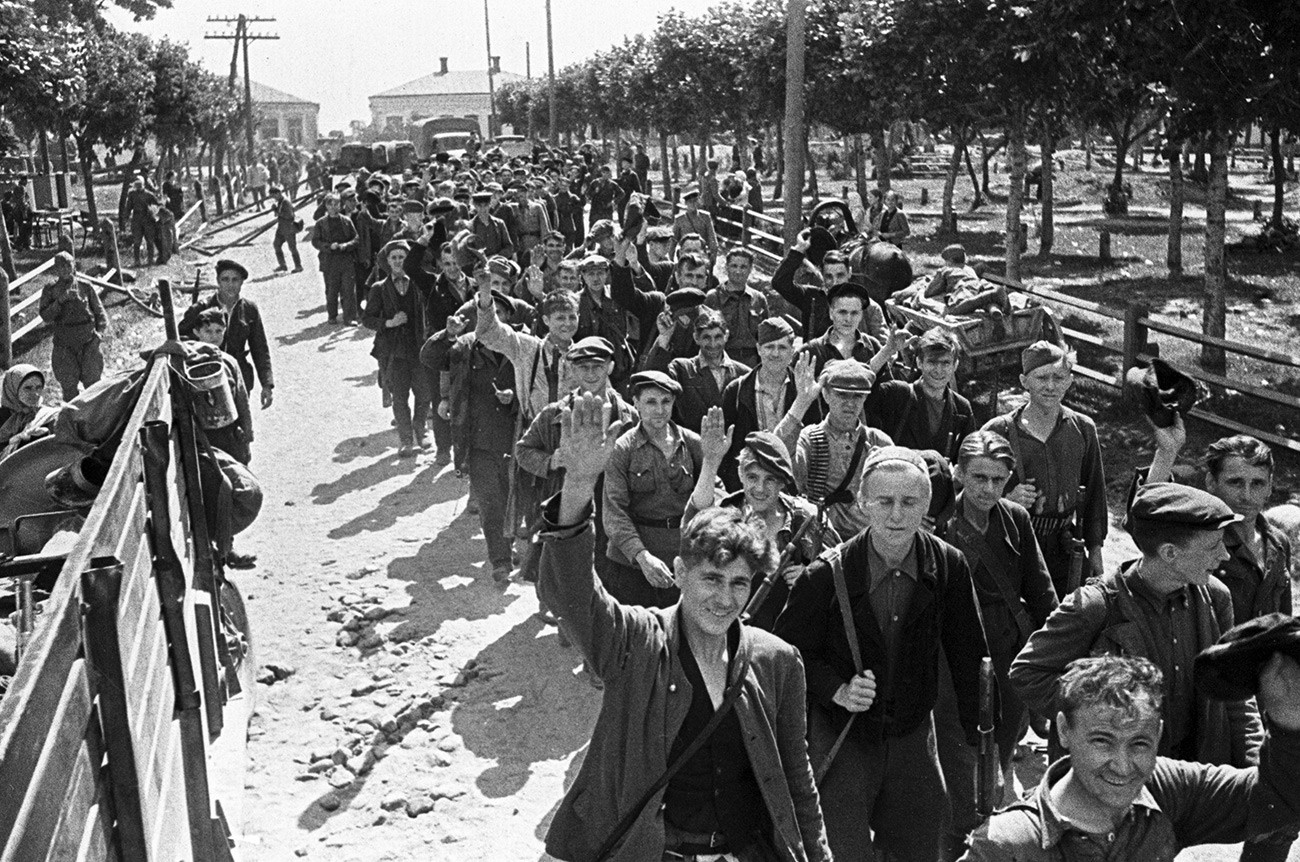 To close the giant breach caused by the Soviet offensive, the German military command was forced to send reserves from other parts of the Eastern Front, which gave the Soviet command an opportunity to launch an offensive in Ukraine and Baltics. Germans also redeployed to Byelorussia their armies from the Western front, giving the Allies more room for maneuver. 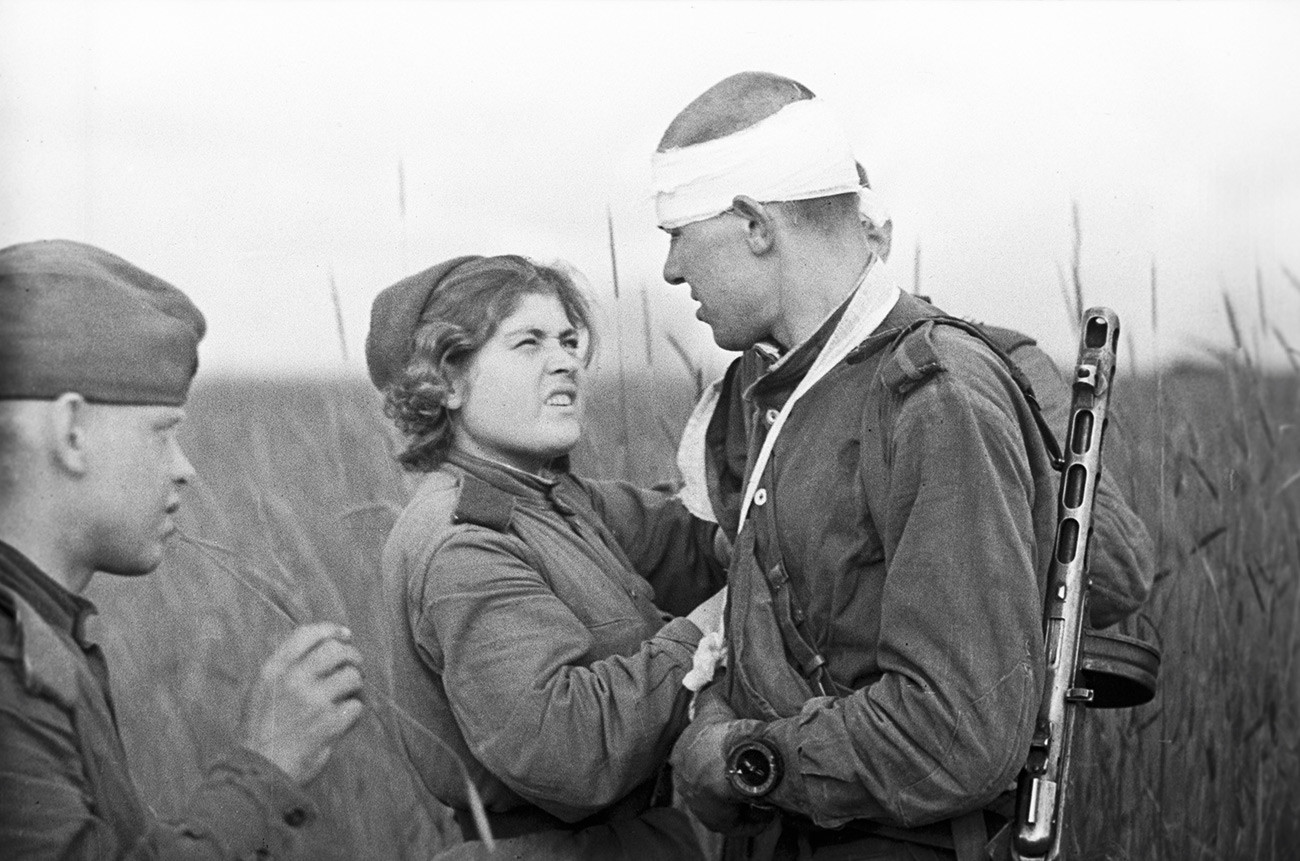 By the end of “Bagration” in late August of 1944, 17 German divisions had been completely destroyed, and 50 divisions had lost over half of their complement. During more than two months of the offensive, Soviet troops pushed forward more than 350 miles, liberating huge areas of Byelorussia, parts of Latvia, Lithuania and Poland. The Soviets came closer to Warsaw, opened the road to Konigsberg and into the heartland of the Third Reich. 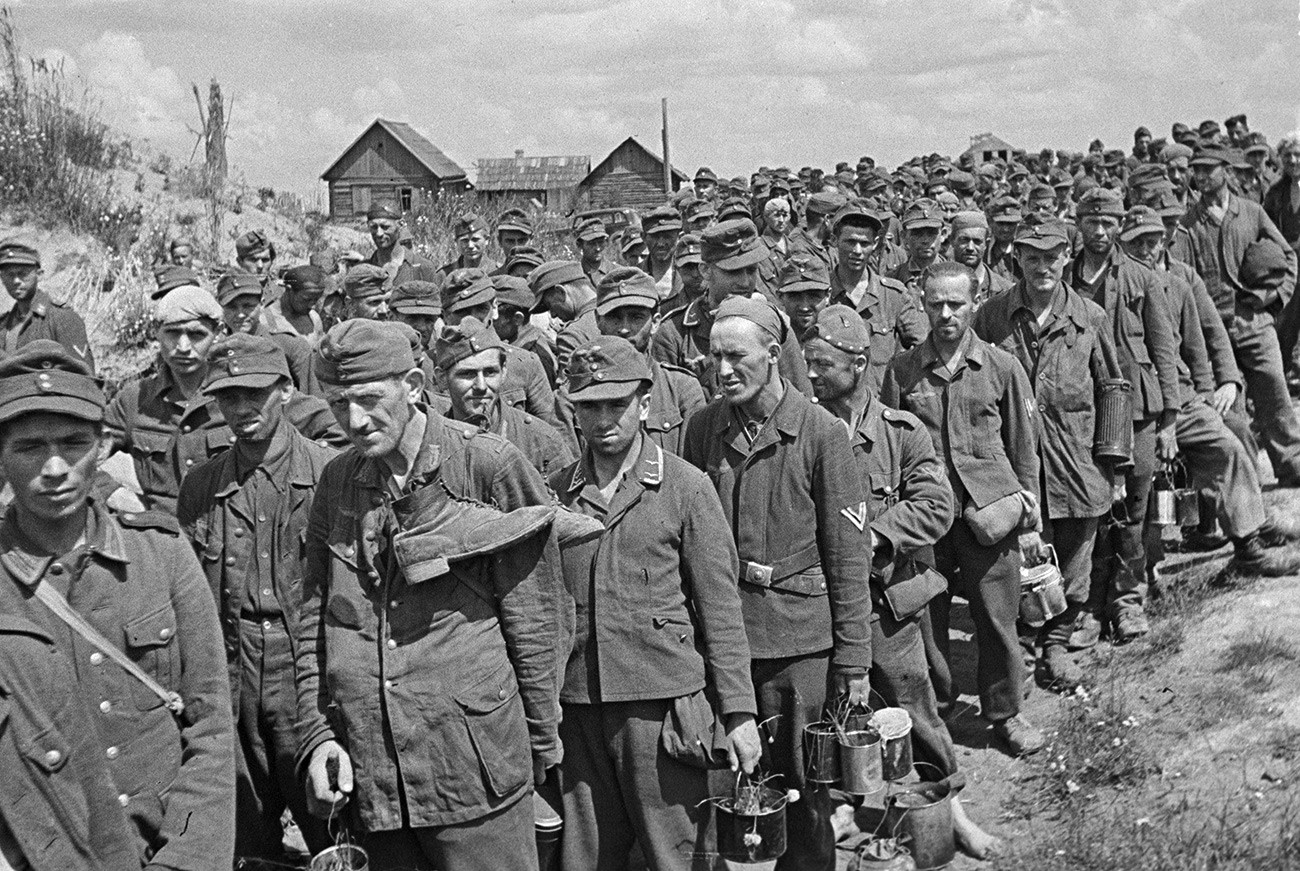 Seeing the rapid Soviet advance during “Bagration”, on August 1 the Polish government in exile organized a major uprising in Warsaw, designed to bring the city under its their control. The Poles had been waiting for the Red Army’s aid, but didn’t get it. Only separate units of the First Polish Army (attached to Soviet forces) tried to enter the city, but retreated with high losses. Stalin’s decision not to help the Poles may have been caused by his wish for Soviet troops to liberate the city and ensure a pro-Soviet Communist government was installed. It could also be explained by the fact that the Red Army was simply exhausted after the long offensive. The decision remains contentious to this day. 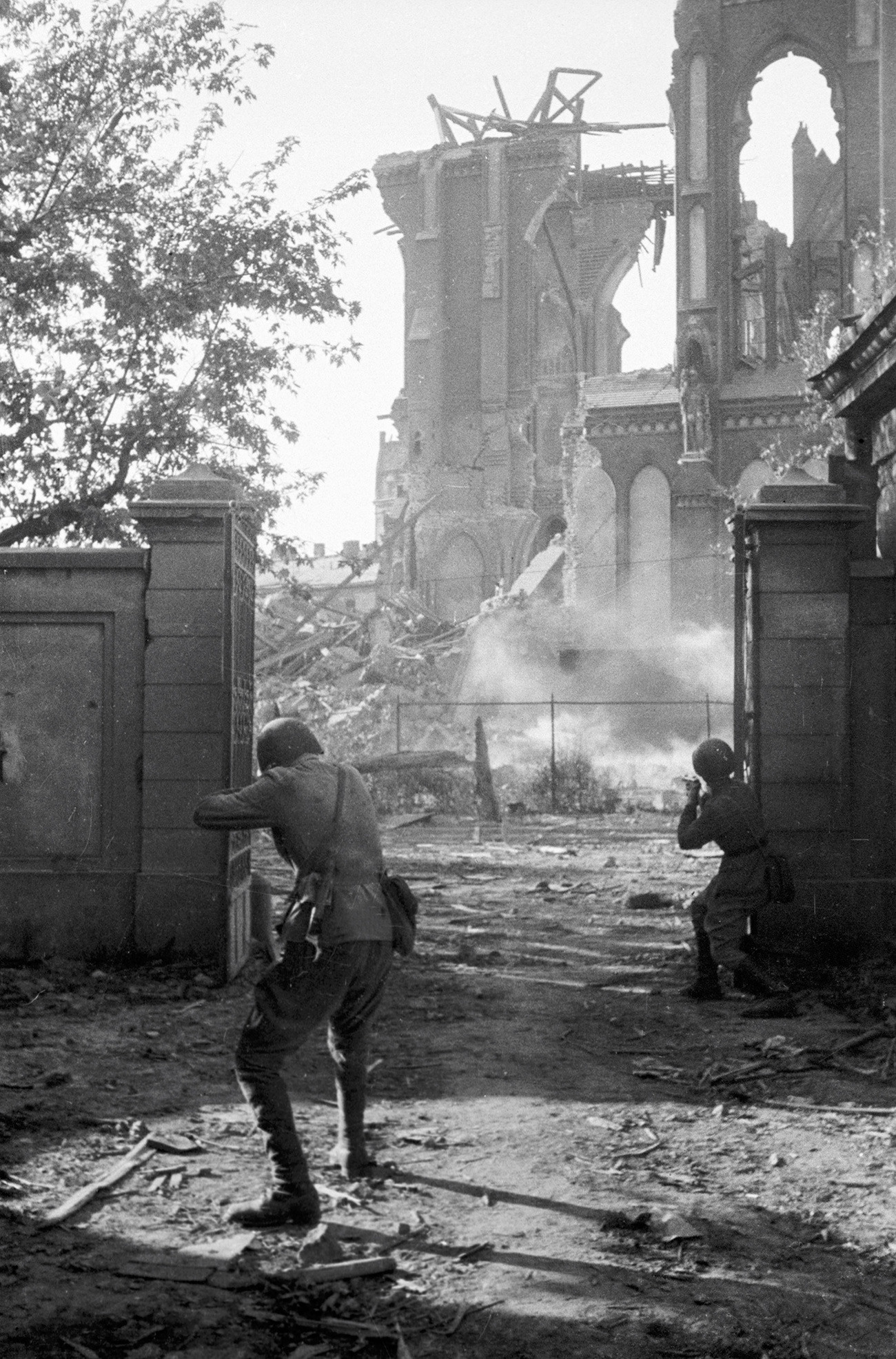 German losses of between 400,00-500,000 men during “Bagration” make this the worst military defeat in German history. The Red Army lost 180,000 troops. With all its importance the summer offensive of the Red Army in 1944 wasn’t, however, a turning point in WWII. That the Third Reich was already doomed had become clear a year earlier, after the Battle for Kursk. 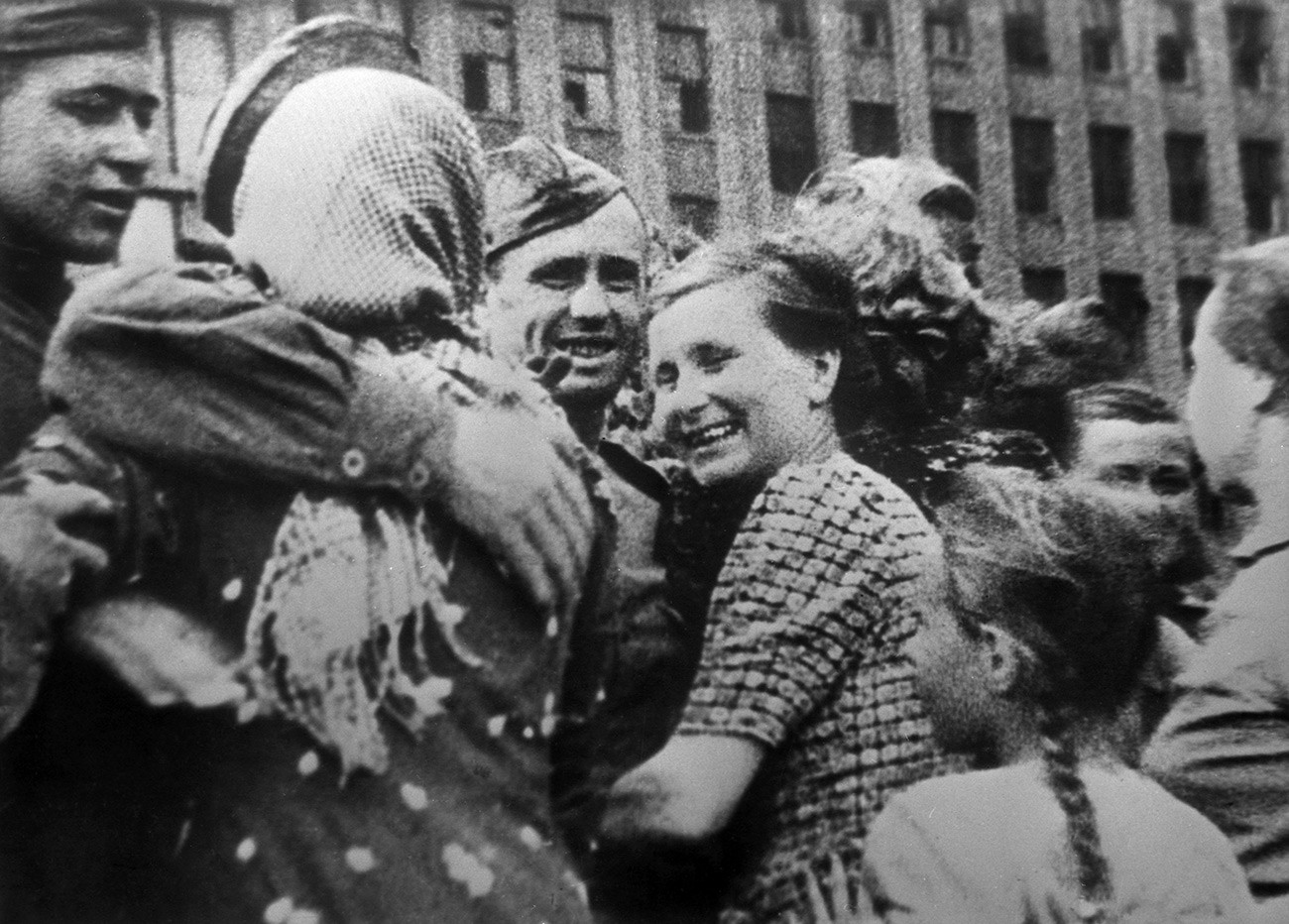