3 episodes when Soviet partisans did the impossible during WWII 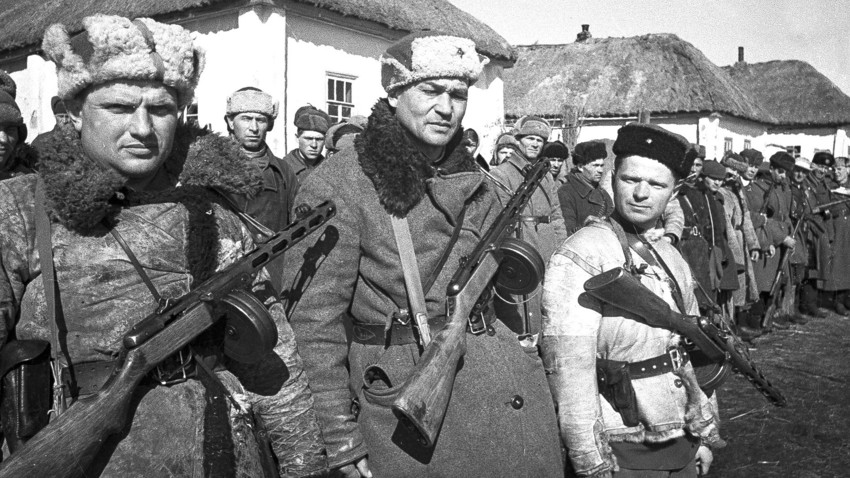 Yakov Ryumkin
During WWII, Soviet partisans were capable of much more than only minor sabotage and small ambushes. They even paralyzed the whole German transport system and eliminated one of the highest Nazi officials. 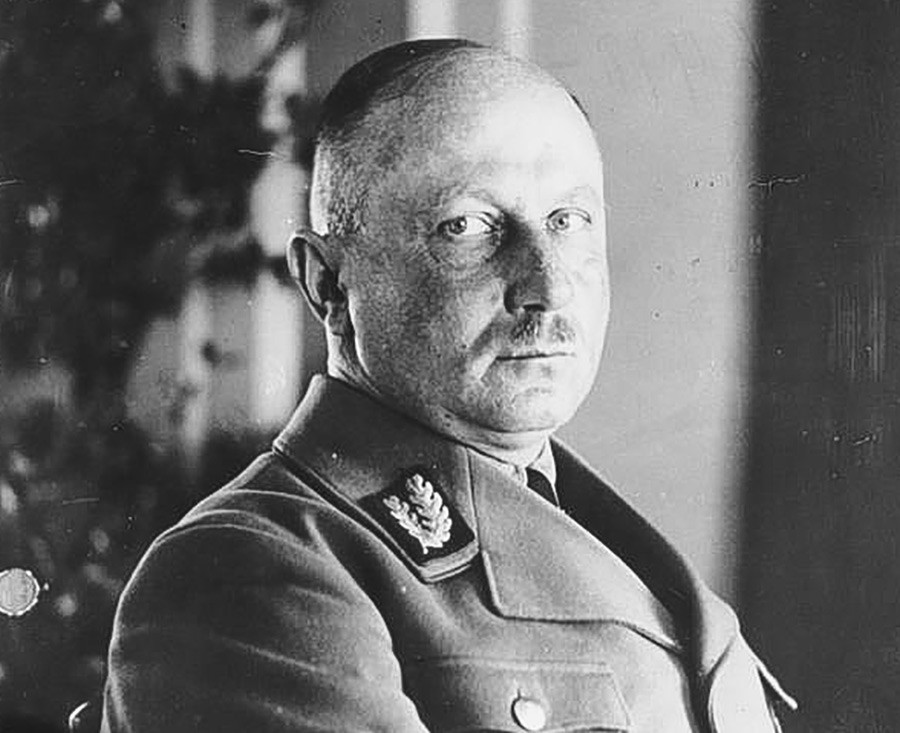 The assassination of Wilhelm Kube by Soviet partisans was akin to that of a well-guarded dictator of a small country. General-Komissar for Byelorussia Kube wielded unlimited power over huge territories in Eastern Europe with a population of almost 8 million people.

During his governance of Byelorussia, over 200 Jewish ghettos and 260 death camps were established, and the mass annihilation of Jews and Communists was initiated. No surprise, then, that Kube became a number one target for local partisan units and Soviet reconnaissance officers.

All partisan assassination attempts on Kube’s life failed until they were approached by volunteer Yelena Mazanik, who worked as a maid at the mansion of the General-Komissar. On September 21, 1943, Yelena managed to sneak a time bomb past the guards, who completely trusted her, and put it under Kube’s bed. 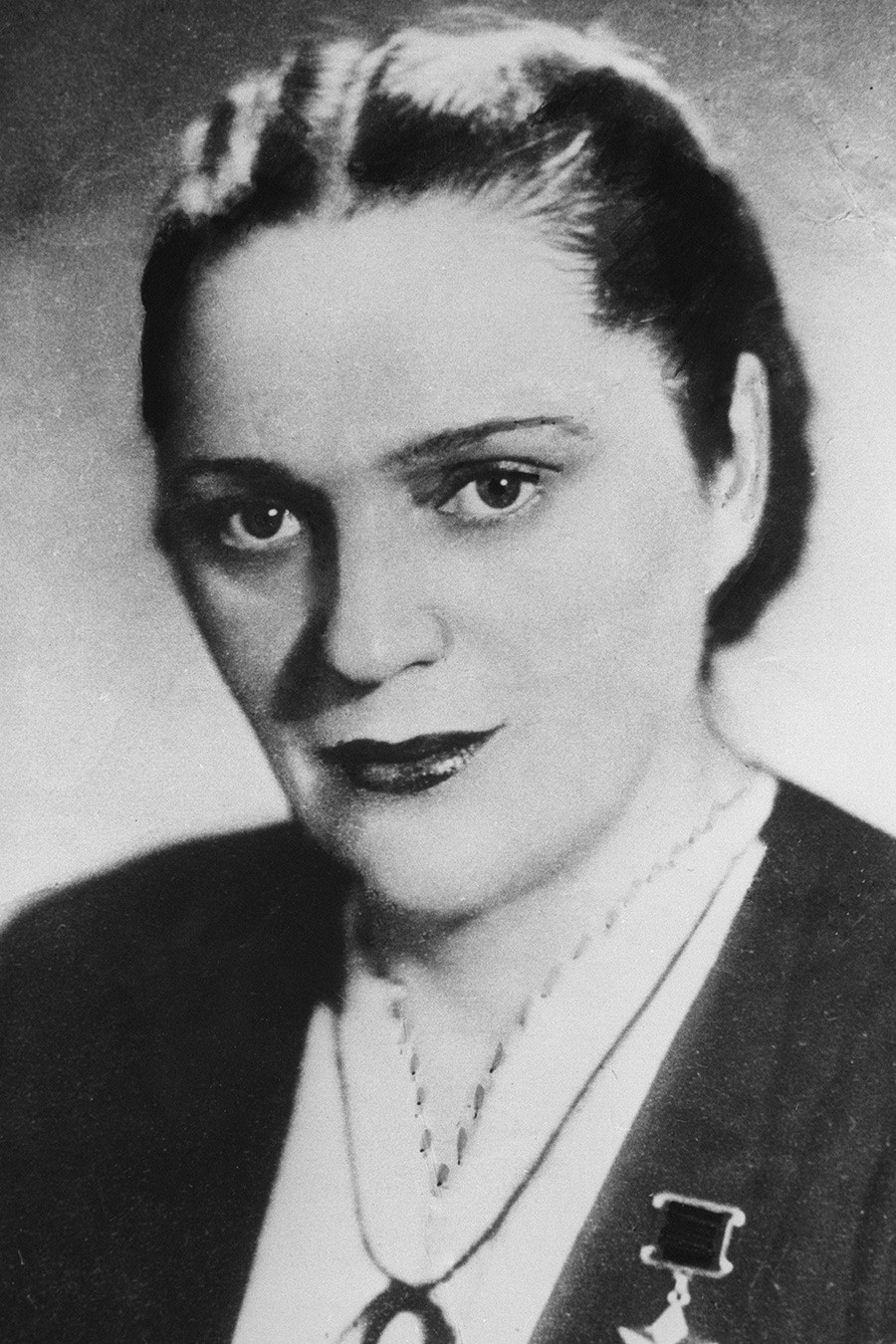 Mazanik immediately left the mansion, and the bomb exploded during the night of September 22, killing one of the most important officials in Nazi Germany. Yelena returned to the partisans, who sent her to Moscow, where the title of Hero of the Soviet Union awaited her.

While the Soviet troops were winning the initiative in the war at the Battle of Kursk, the partisans were not sitting idle by. On August 3, 1943, they launched Operation Rail War aimed at destroying enemy railway infrastructure. 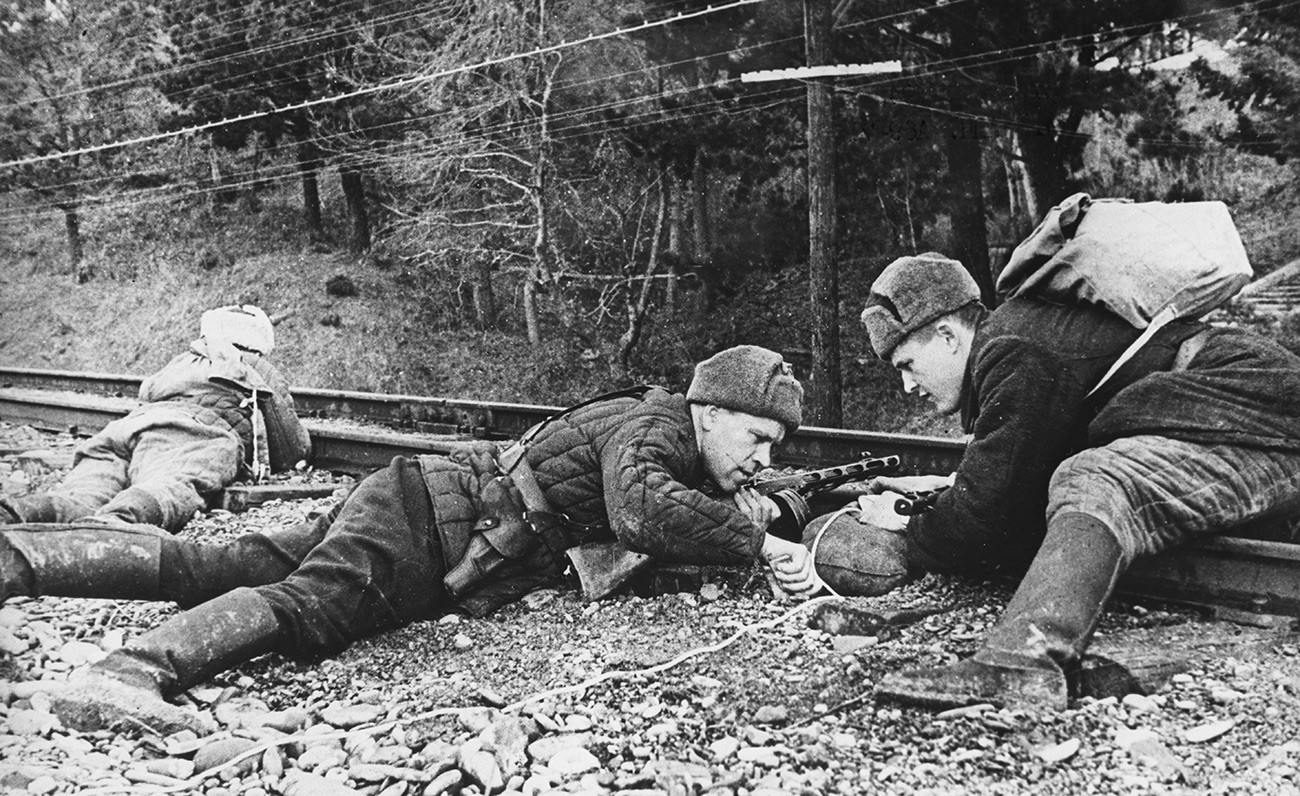 During the course of 1.5 months, over 100,000 partisans in the occupied territories of Soviet Ukraine, Byelorussia, areas near Smolensk, Oryol and Leningrad began to blow up railways, trains, bridges and stations.

215,000 rail lines and dozens of bridges were destroyed, over 1,000 trains were derailed, and numerous small German garrisons near stations and railways were attacked and decimated. As a result, German transportation and traffic on the Eastern front fell by 40%. The retreating enemy felt the acute lack of necessary equipment and reserves, caused by the Soviet offensive. 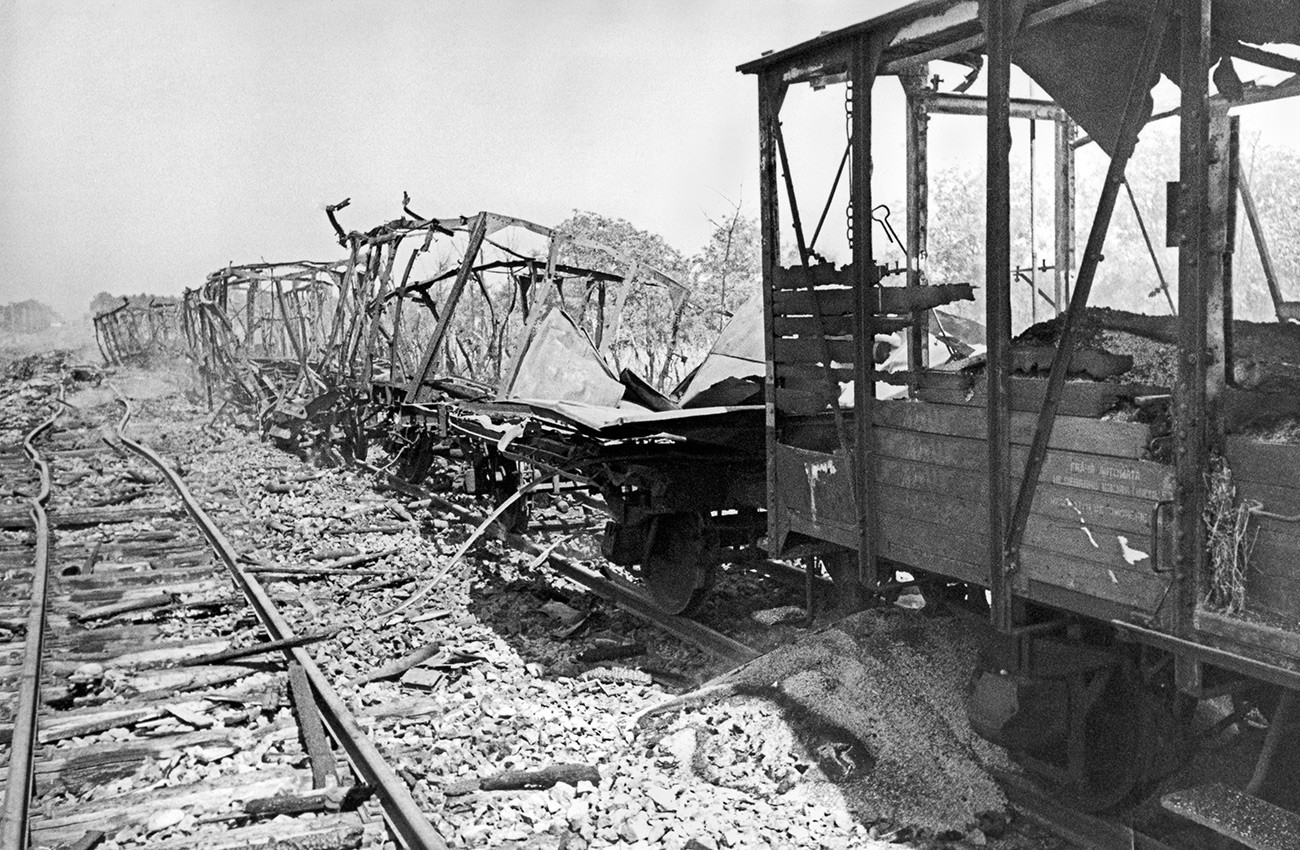 On September 19, 1943, the partisans launched phase two of the operation, codenamed “Concert.” This time they were joined by their comrades from the occupied territories of Crimea and the Soviet Baltic republics.

3. Battle of the Janowskie Forests

In the spring of 1944, the Janowskie Forests in south-eastern Poland was a center of concentration of large partisan forces. Here, living and fighting side by side against the Germans were Polish Communist partisans from Armia Ludowa, Soviet partisan forces and separate units of the major Polish resistance movement, Armia Krajowa. 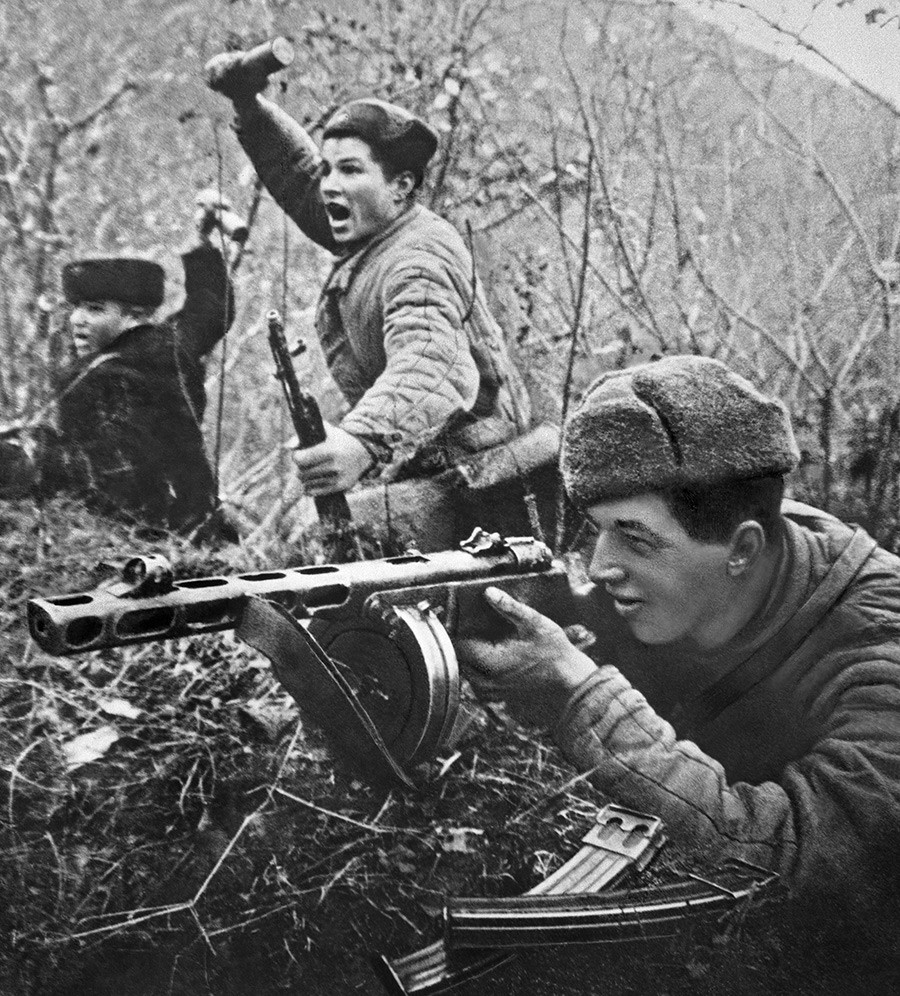 Facing the fact that Soviet troops were approaching the Polish border, the German command decided to eliminate the source of anxiety in the Janowskie Forests. On June 8, 30,000 German troops, supported by artillery, tanks and aviation, surrounded 3,000 partisans in the forests and launched Operation Sturmwind 1 to destroy them.

Completely outnumbered, the Soviet and Polish partisans, nevertheless, fiercely resisted. An especially violent clash occurred on June 14 at Porytowe Wzgórze (Porytowe Hill). For the whole day, the partisans held out against the German attacks, permanently counterattacking. During one of them, they captured several artillery guns which helped them to break the encirclement. 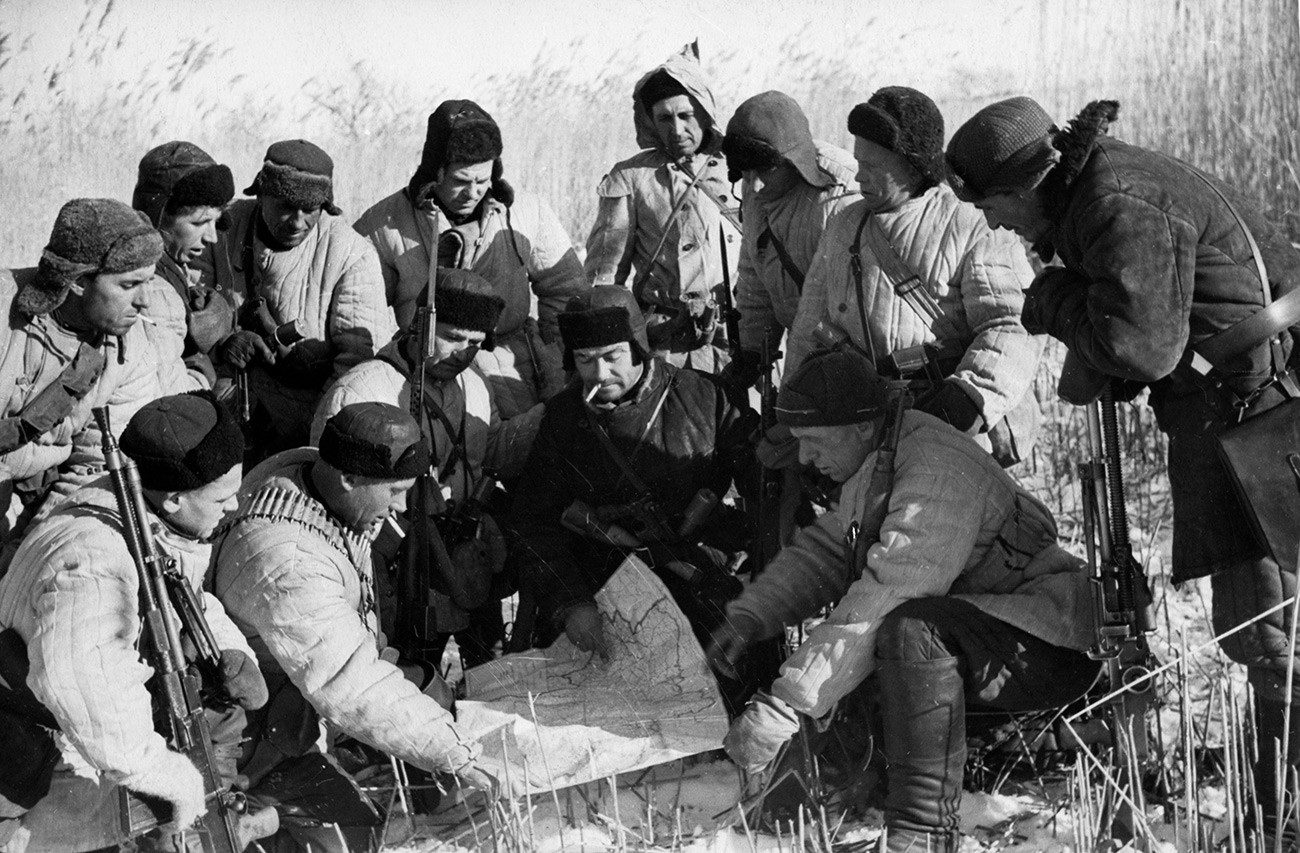 When night came, the partisans escaped, and the enemy did not dare to follow them. The partisans lost 200 men killed, while the German losses were much higher: 600 men killed and 1,400 wounded.