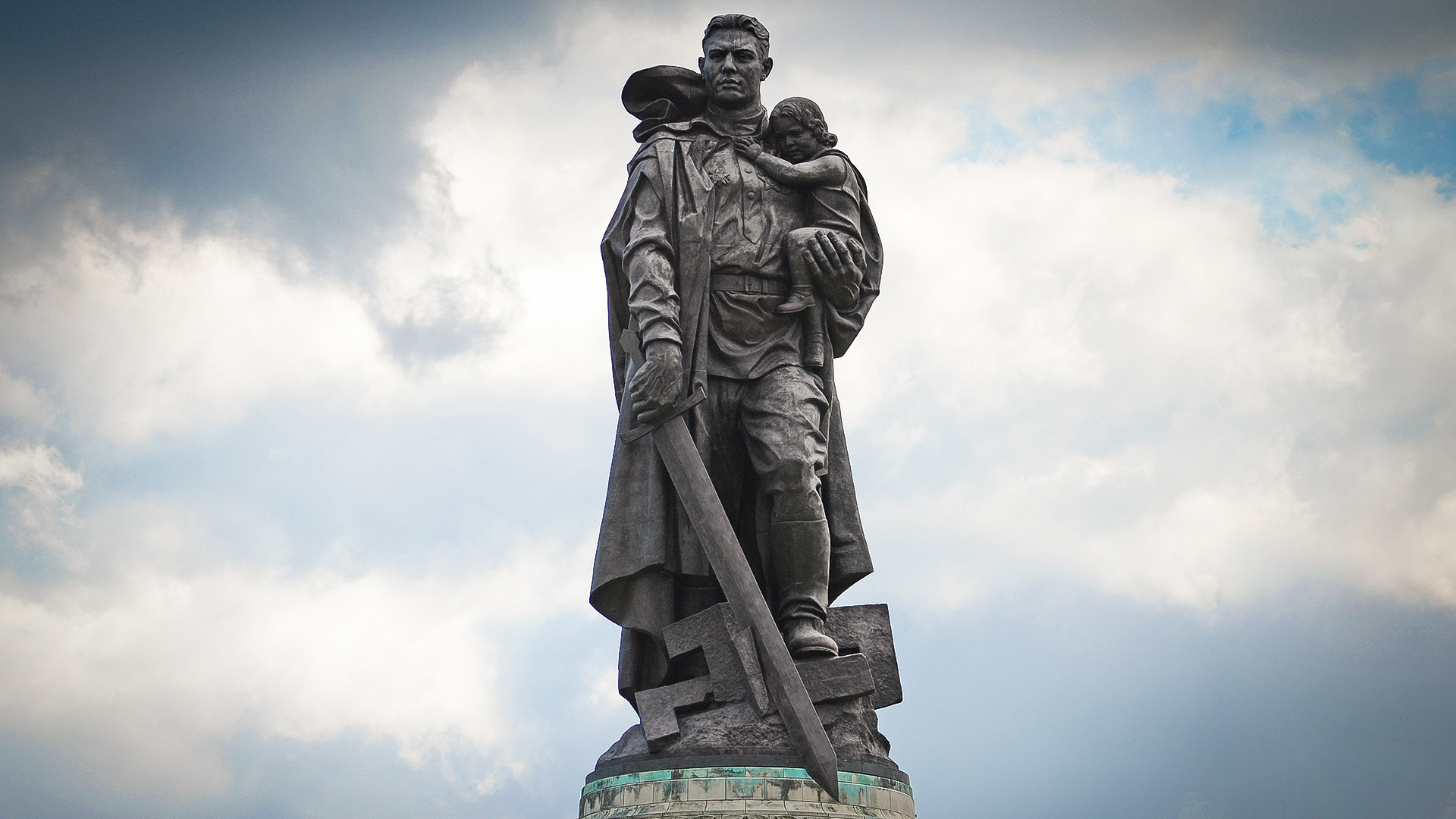 Alexey Vitvitsky/Sputnik
For saving a little German girl, Sergeant Nikolay Masalov received a monument in Berlin, but wasn’t awarded the highest Soviet award - the title of Hero of the Soviet Union. He, however, never thought it was a big deal.

Visitors to Treptower Park in Berlin can’t miss the grandiose 12-meter high monument dedicated to the Soviet victory in WWII. Standing on the remains of a broken swastika, a bronze soldier holds a lowered sword in one hand and a little girl in another. 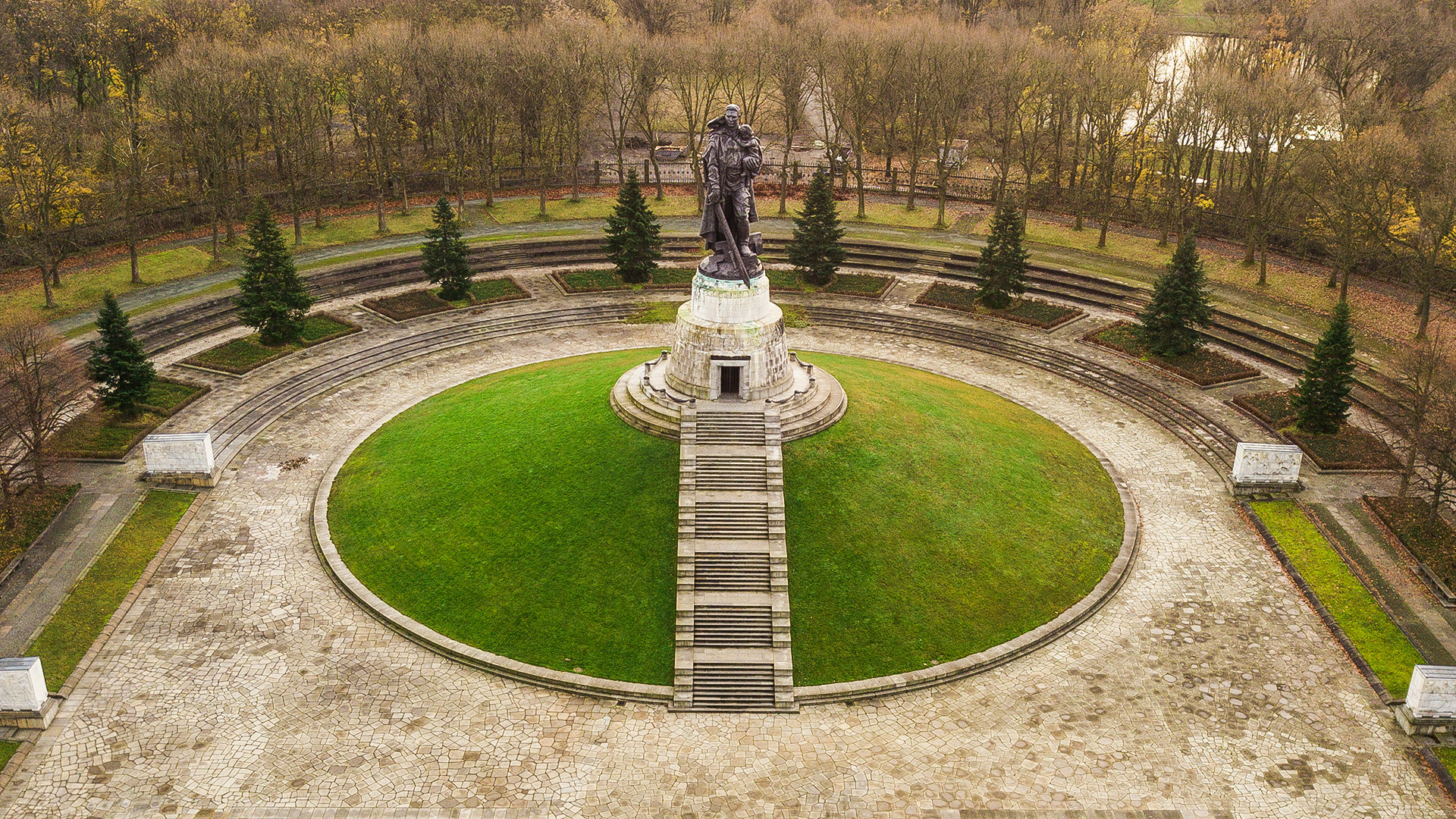 Few know that this monument, which symbolizes Europe’s liberation from Nazism by the Red Army, has a real story behind it. The soldier is Sergeant Nikolay Masalov, immortalized in bronze for his heroic deed.

It happened at the very end of the war. On April 30, 1945, the 220th Guards Regiment of the 79th Rifle Division under the Red Army was about to break through into the strategically important Berlin locality of Tiergarten. Both Soviet and German infantry were waiting for the preliminary bombardment, after which the signal for the assault was to be given. 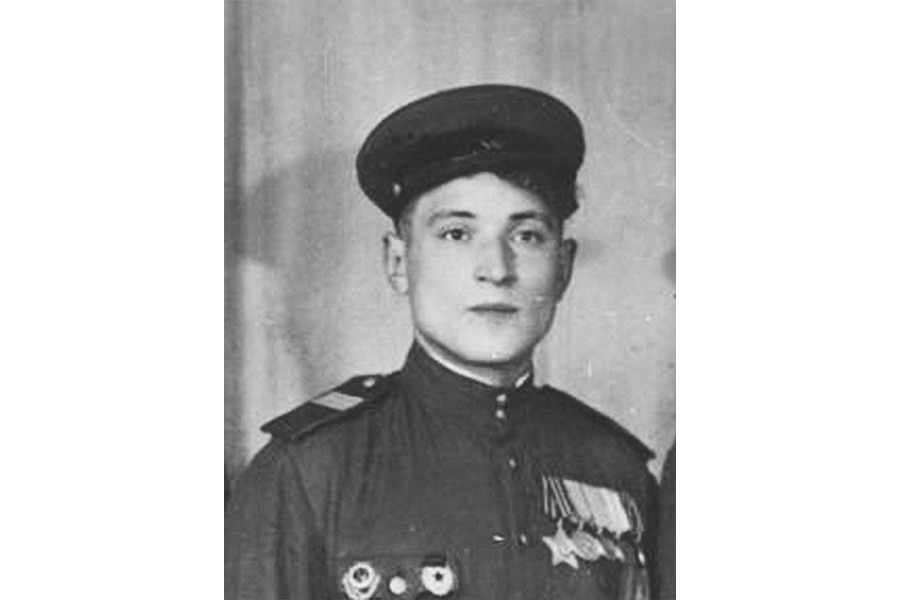 Suddenly, amid the tense silence, the cry of a child calling for her mother rang out. Nobody could see where the child was, but the voice was coming somewhere from no man’s land, which in few minutes would turn into hell on earth.

Something had to be done, and Nikolay Masalov was the first to react. He asked his commanding officer: “Let me save the child, I know where she is.” The officer answered: “You will not get through, Sergeant. The Germans will kill you!” “I will, I know how,” was his reply.

Marshal Vasily Chuikov happened to be an eyewitness to Masalov’s perilous mission: “Machine guns started firing. Sergeant Masalov was crawling forward, snuggling against the asphalt. From time to time, he took cover in the shallow explosion funnels created by the shells. He didn’t forget to feel each bump and crack on the road to avoid landmines. He crossed the promenade and hid behind the projection of the canal’s concrete wall. And then he heard the child’s cry again. She was pitifully and persistently calling for her mother. It seemed like the cry was urging Masalov to move further. And then the soldier stood upright - tall and powerful. Medals were shining on the chest. Neither bullets, nor debris could stop him.” 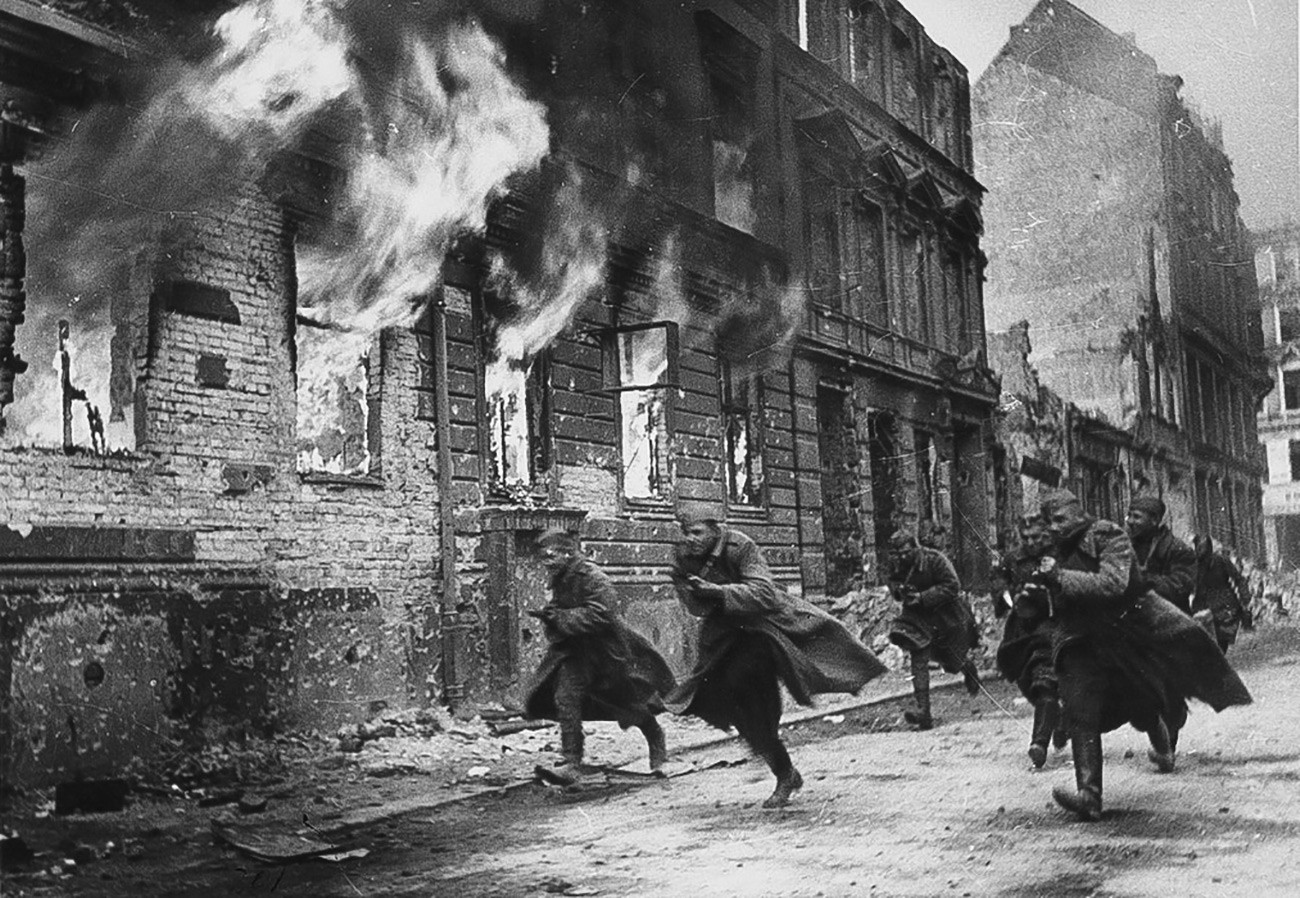 Masalov disappeared behind the canal wall. For several minutes his fate remained unknown. And then a voice sounded: “Attention! Cover me with fire. The machine gun is to the right, on the balcony of the house with the columns. Shut it up!”

Covered by his comrades, Masalov managed to crawl his way to the little girl. It turned out that her mother had died under the bridge from wounds while trying to escape Tiergarten. Having carried the child to safety, Nikolay took part in the commencing assault.

When in 1946 the idea was conceived to establish a monument in Berlin to commemorate the Soviet soldier-liberator, it was Masalov’s image and story that were chosen. 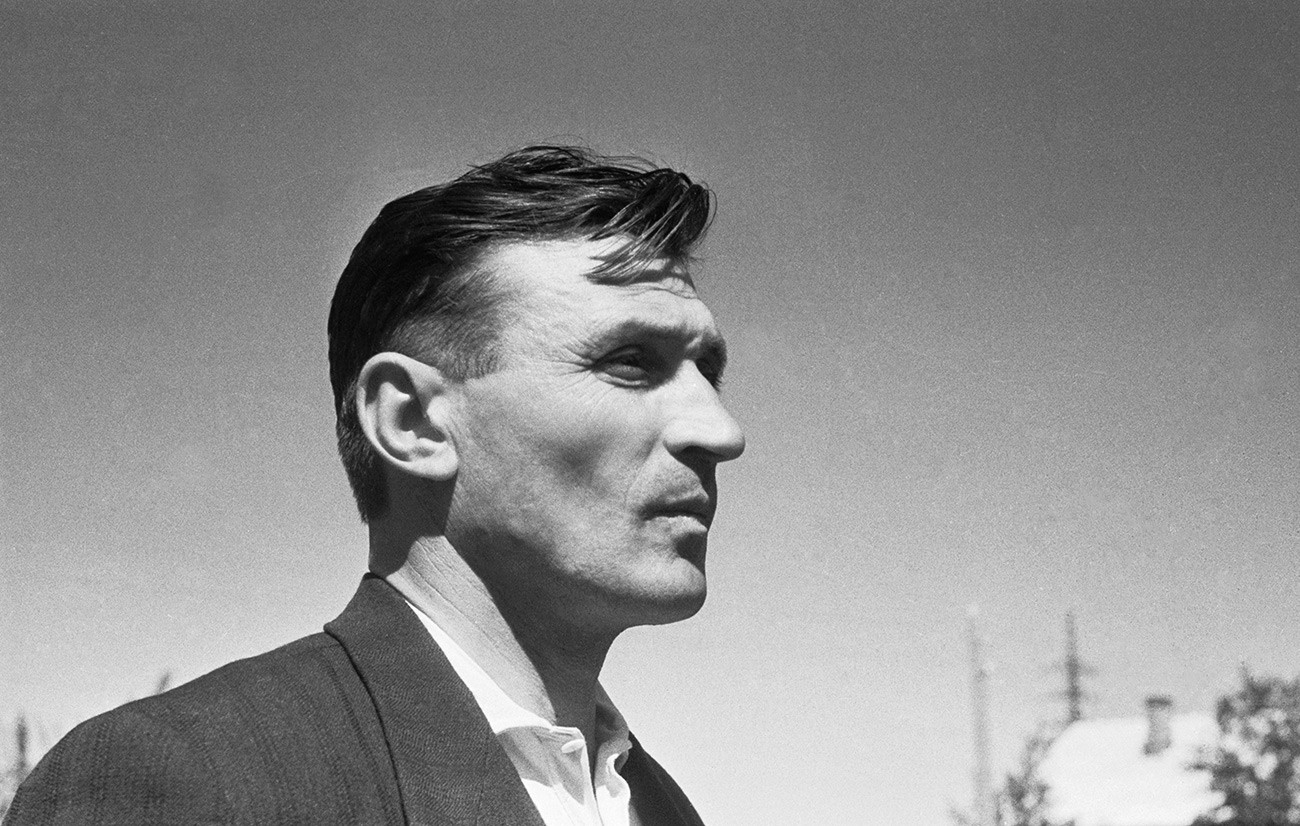 Interestingly, Nikolay himself had no idea about the monument. He saw it later on a matchbox, and recalled that the sculptor, Evgeny Vuchetich, had made a sketch of his portrait soon after the Soviet victory.

At the personal request of Stalin, the machine gun in the soldier’s hand was replaced with a sword. Meanwhile, the girl in the monument was modeled on the daughter of the Berlin commandant. Unfortunately, all attempts to find the real German girl saved by Masalov failed. 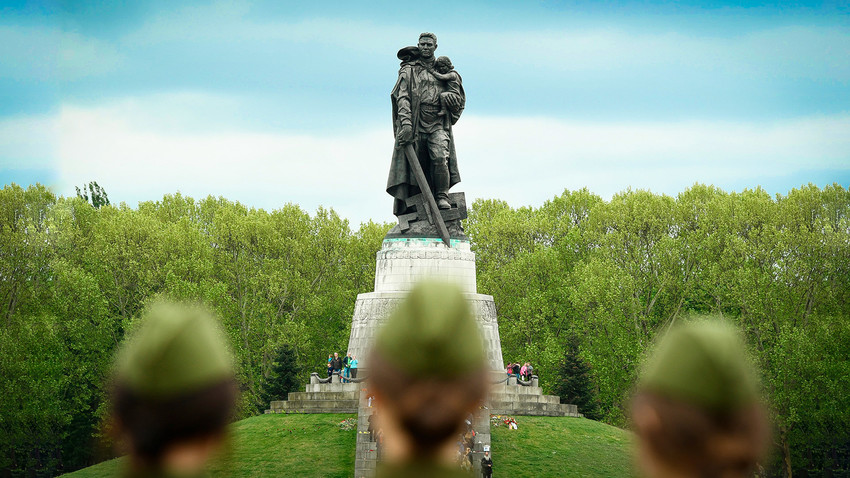 Despite the fact that Nikolay Masalov was decorated with several awards during the war, he was never awarded the highest title - Hero of the Soviet Union.