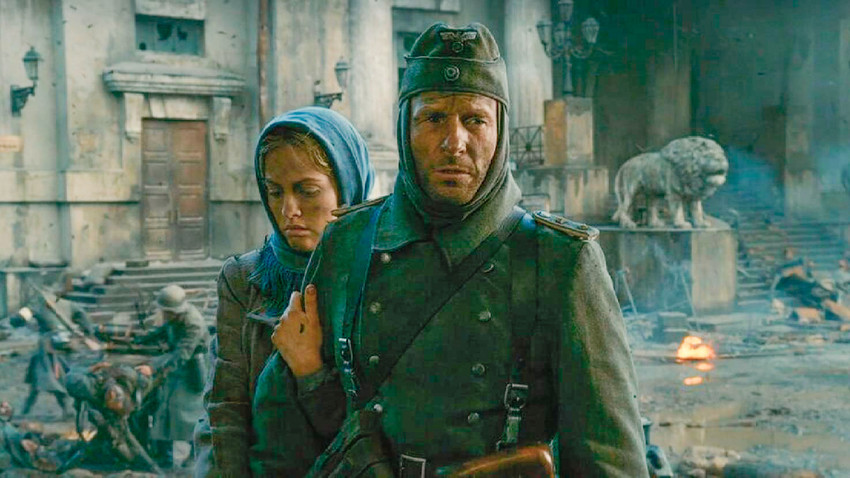 A scene from the 'Stalingrad' movie (2013), where a similar story was shown.

Fedor Bondarchuk/Sony Pictures Releasing,Columbia Pictures, 2013
While Germany was fighting against the Soviet Union on the Eastern Front, Luftwaffe officer Willi Shultz met his love in the Minsk ghetto in 1942, which led to him changing sides and saving 25 people from inevitable death.

The Minsk ghetto was hell on earth. From July 1941 to October 1943, the Soviet city, which is now the capital of Belarus, was occupied by Germany. Throughout that period almost 100,000 Jews were killed in the ghetto, writes Leonid Smilovitski, an Israeli historian of Belarussian origin. Before being murdered, they had to live in horrible conditions, separated from the rest of the city, like beasts in a cage.

“Everything in the ghetto was aimed at depriving us not only of the sense of dignity but of the human form as well,” recalled Mikhail Treister, one of the Belarussian Holocaust survivors. “Starvation, freezing cold, rags, identification marks on our backs… we were eating mainly scones made from potato peels. And for any violation of German rules we faced the only type of punishment – death.” 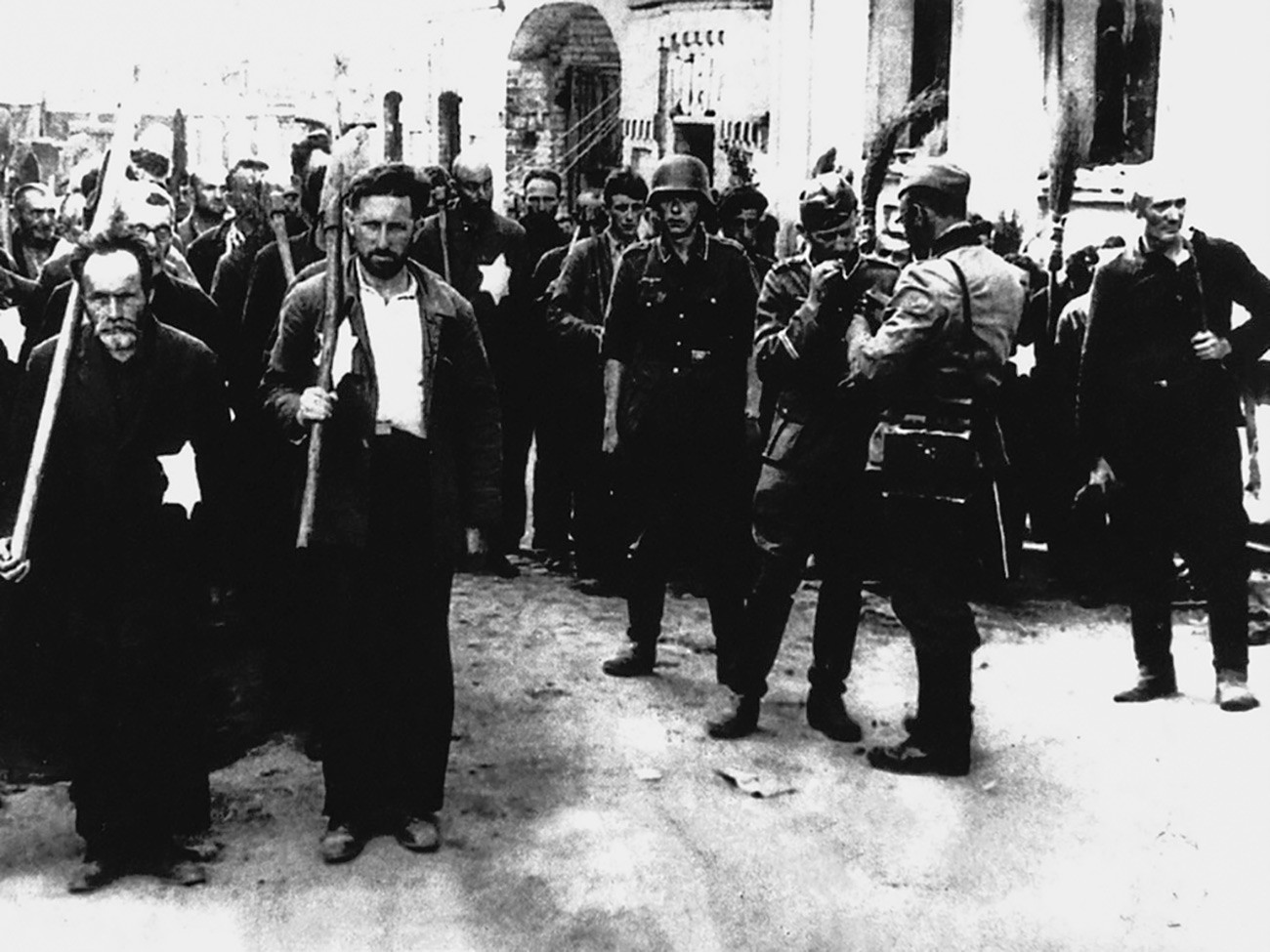 Not only Soviet Jews lived in such conditions – the Germans brought Jews from all over Europe to the Minsk ghetto (as well to the ones in Warsaw, Lviv, Łódź and others) in order to carry out the infamous ‘Final Solution’. That was how 18-year-old Ilse Stein, a Jewish young woman from Frankfurt am Main, found herself in the Minsk ghetto in 1942.

By coincidence, at approximately the same time a new officer arrived in the ghetto to serve in its administration. His name was Captain Willi Shultz.

“He wasn’t an anti-Fascist, and he fought bravely in the war,” wrote publicist Lev Israelevich. Previously, Shultz served in the Luftwaffe on the Western front, but after being wounded he was transferred to Minsk and put in charge of logging. “Nevertheless, fighting on the front is very different from serving in the death camp.” 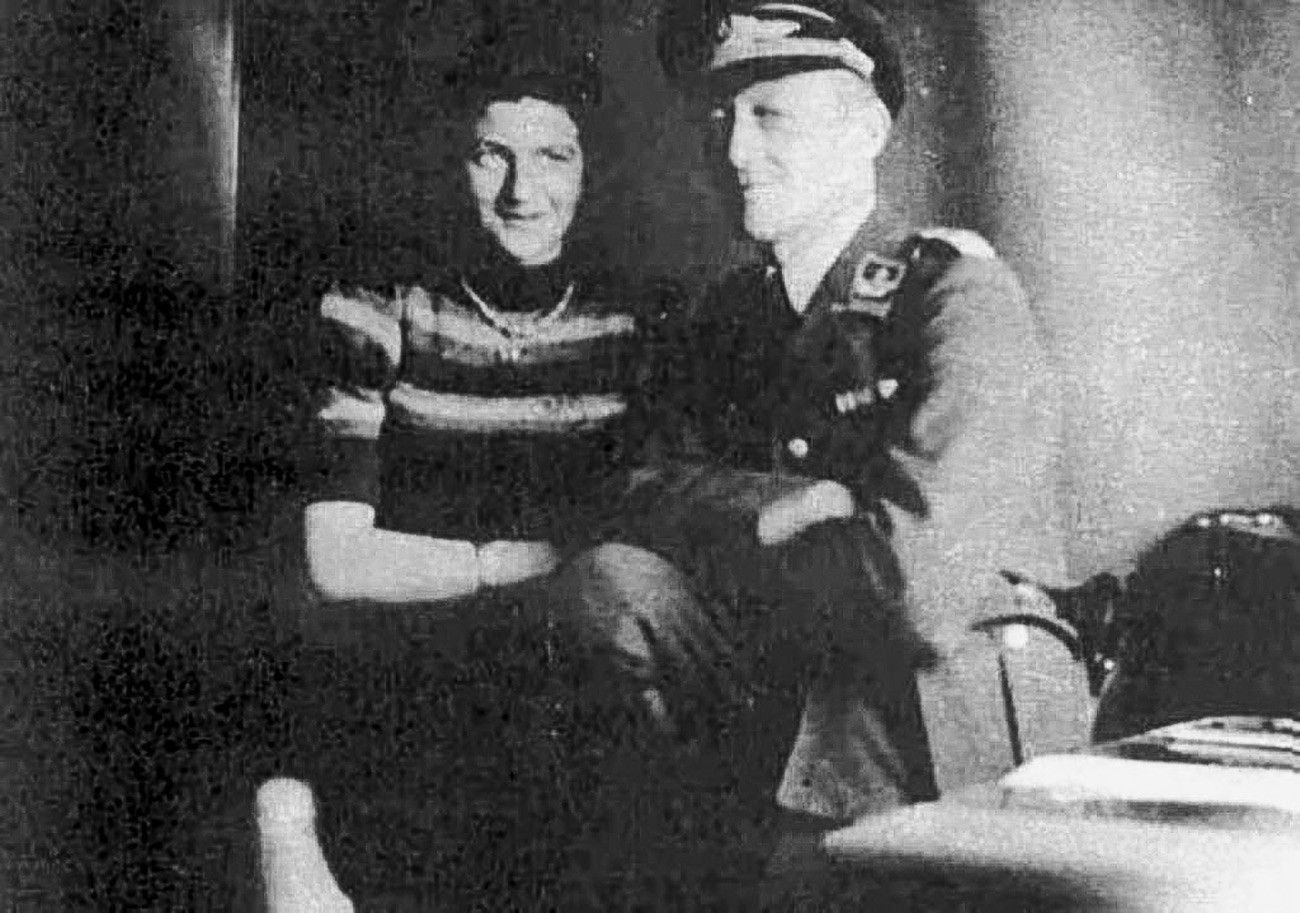 Willi Schultz and Ilse Stein (their only photo together).

Perhaps Shultz was dissatisfied with the Nazi violence, but his meeting Stein totally changed his attitude. “After the March 1942 pogrom the administration formed new working collectives, including those working in logging, to be in charge of heating the command building,” writes Smilovitski. That was how Shultz met Stein.

It was madness – a love story in the ghetto, where dozens of people were killed every night. Stein admitted this to herself in the documentary film, The Jewess and the Captain: “Blood was running in the streets, it was terrible… If not today, we’ll die tomorrow. It was impossible to escape the horror there.”

Nevertheless, the strangest thing happened: the Nazi captain fell for the Jewish woman and their relationship became romantic. It is unclear whether Stein ever loved him back. Her grandson Roman Yablonko wrote in an article, Ilse Stein’s Fate: “Larisa, her daughter, was asked if mother ever remembered Shultz [after his death]. She answered that Ilse hated him. Everything she did was done to save her life and the lives of her sisters.” 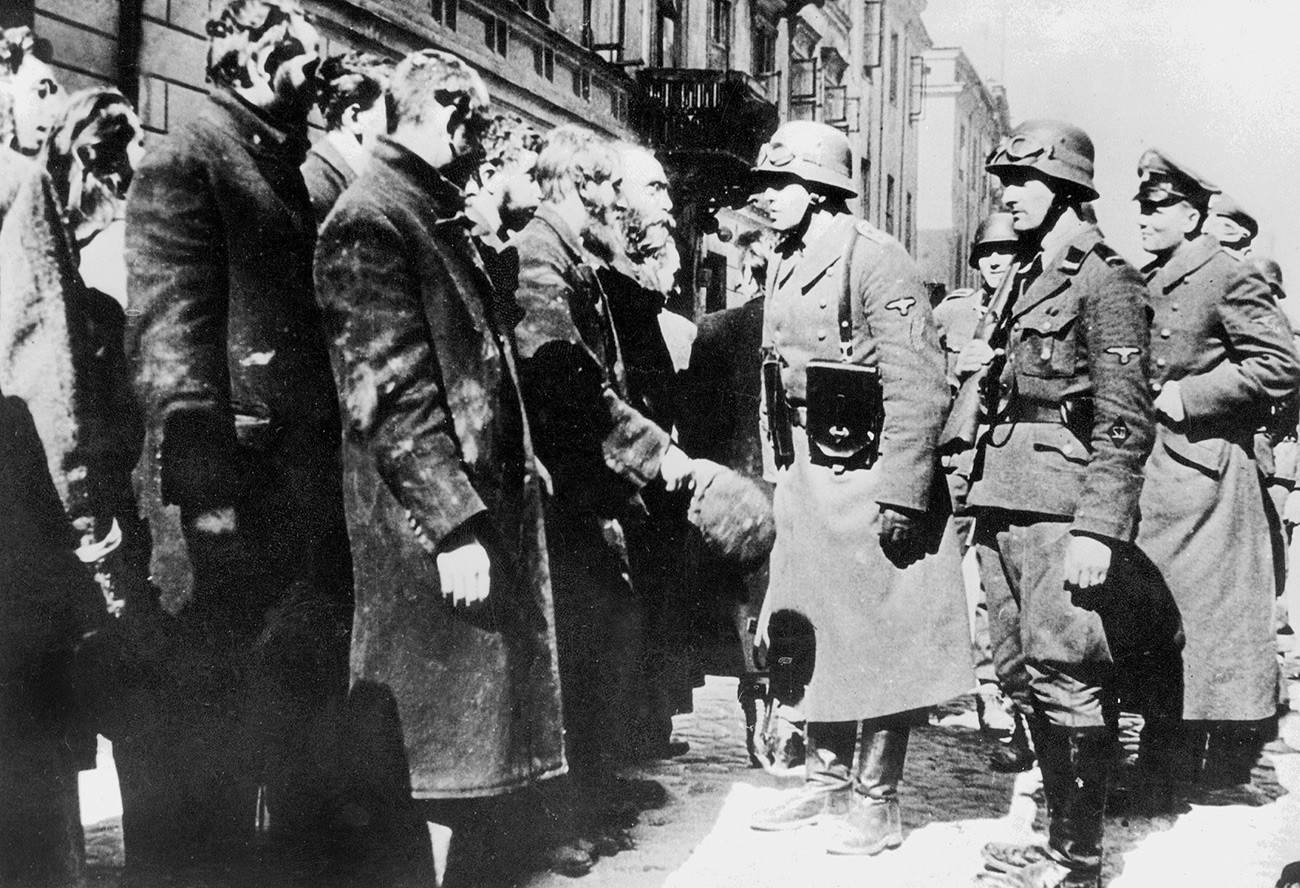 Even if Stein only faked feelings for the captain, their love was very real for him and had a great impact on the man. “His love for Ilse changed him completely,” Stein’s friend from the ghetto said of Schultz in the documentary. “He became a different person.” Indeed, Willi Shultz became a saboteur of the ghetto – perhaps the only German in Minsk who was actively trying to save Jews.

Once, in July 1942, when another pogrom broke out in the ghetto, Shultz protected Stein and all other Jewish workers under his command, closing them in the cellar of the administrative building, which probably saved their lives. As his dossier later showed, the German authorities became aware that Shultz was unreliable: there were notes such as he “secretly listened to Moscow radio”, “warned three Jews about a pogrom in January 1943, saving their lives.” Punishment became a matter of time. 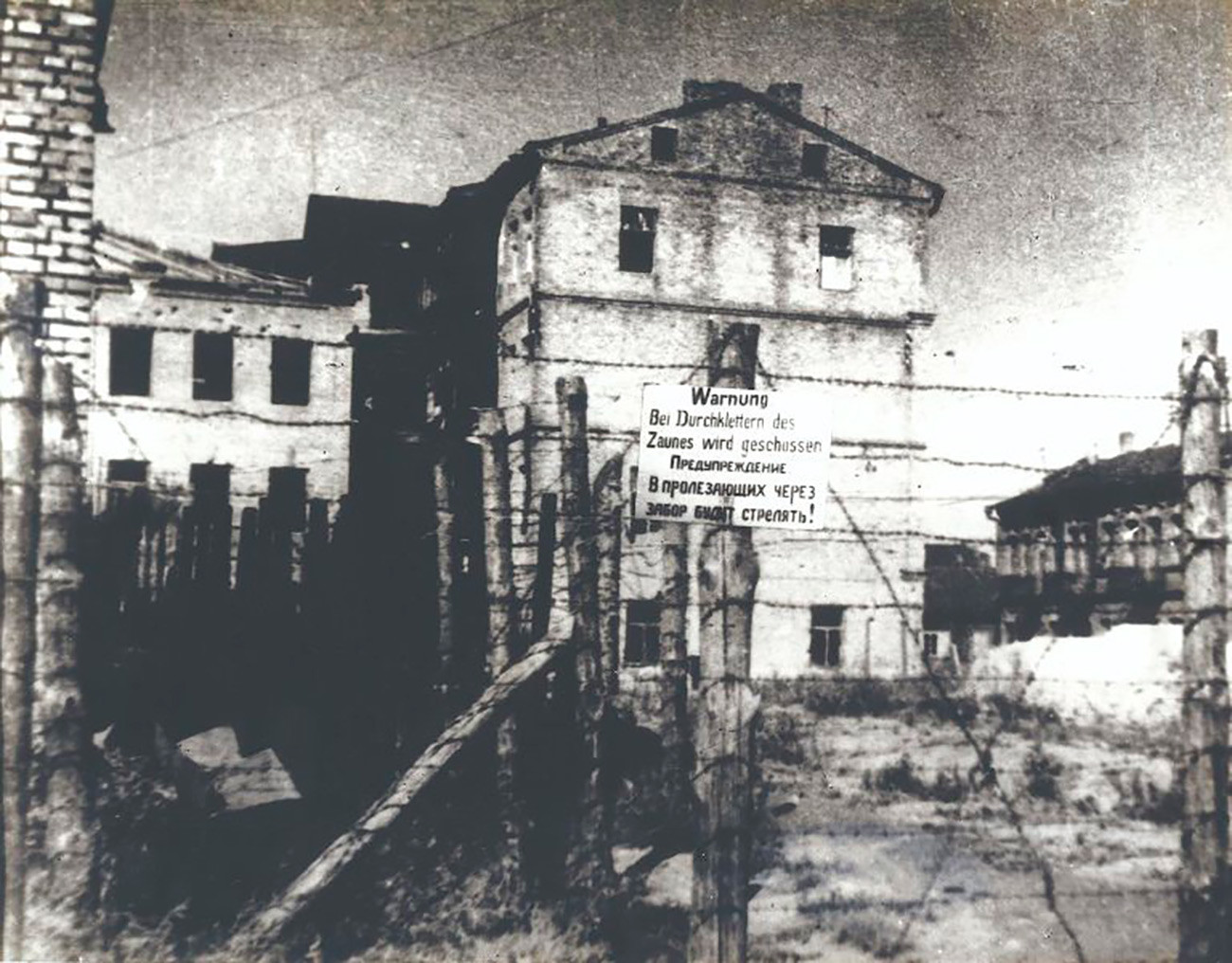 The Minsk ghetto. The sign reads: "Warning, those who try to cross the fence will be shot."

Perhaps Shultz didn’t realize that he was in danger but he knew that he must save Stein – all the Jews in the Minsk ghetto were clearly doomed. Before leaving Minsk in 1944, the Nazis would execute everyone in the ghetto. So, he tried different strategies: getting fake passports, making it through the front with the help of a fellow Luftwaffe pilot – but nothing worked out.

There was one last chance: run away to the Soviet Red Partisans. Liza Gudkevich, a local Jewish woman and a friend of Stein’s, had connections in one of the partisan groups; so, together with Shultz and some partisans they planned a daring escape.

On March 30, 1943, under the pretext of unloading wagons, Shultz commanded a truck and a team of 25 Jewish workers, including Stein and Gudkevich. As they left the city and got close to the area under partisan control, Shultz shot the driver and drove himself. The Germans opened fire but, fortunately, all 25 people made it to the safety of the woods. 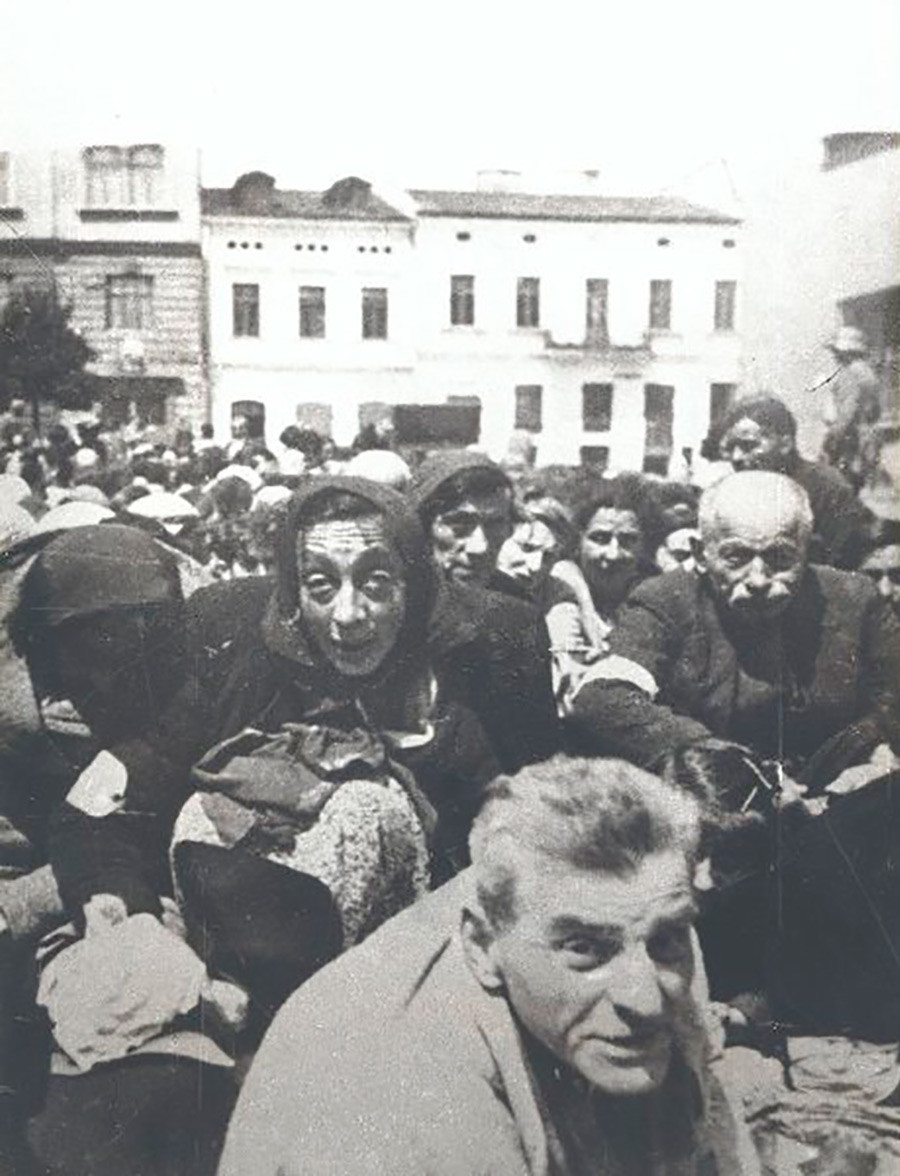 This story ends tragically, however, at least for Willi Shultz. After spending half a year with the Soviet partisans, officially becoming a defector, Shultz was sent to Moscow where the authorities separated him from Ilse, who was by that time pregnant. Shultz lived in an NKVD school near Moscow; some sources mention that he was undergoing training to serve as an undercover agent. But he never got to be one: on December 31, 1944, he died of meningitis.

As for Stein, she outlived her lover by almost 50 years, dying in 1993. Her baby from Shultz died soon after birth, but she moved on, learned Russian, married and settled in the southern Russian city of Rostov-on-Don, where she had other children and then grandchildren. Compared to the massacre of thousands in Minsk, Stein’s fate was a fortunate one, thanks to the Luftwaffe officer.