How the Soviet Union discovered jeans and rock-n-roll

History
Boris Egorov
Ivan Shagin/Sputnik
The West and the Soviet Union finally got a chance to study each other closely at the World Festival of Youth and Students in Moscow in 1957. There, not only the Soviets learned of the blessings of the Western civilization, but Americans and Europeans also saw that behind the Iron Curtain lived ordinary people, and not “red demons.”

The World Festival of Youth and Students held in Moscow in 1957 wasn’t the first of its kind, but definitely the most important. It opened the world and the closed Soviet Union to each other.

Organized by several international left-wing youth organizations, Festivals of Youth and Students had been held since 1947, mainly in Eastern Bloc countries. When the sixth festival came to the Soviet capital 10 years later it was the largest until then, with 34,000 people from 131 countries attending. 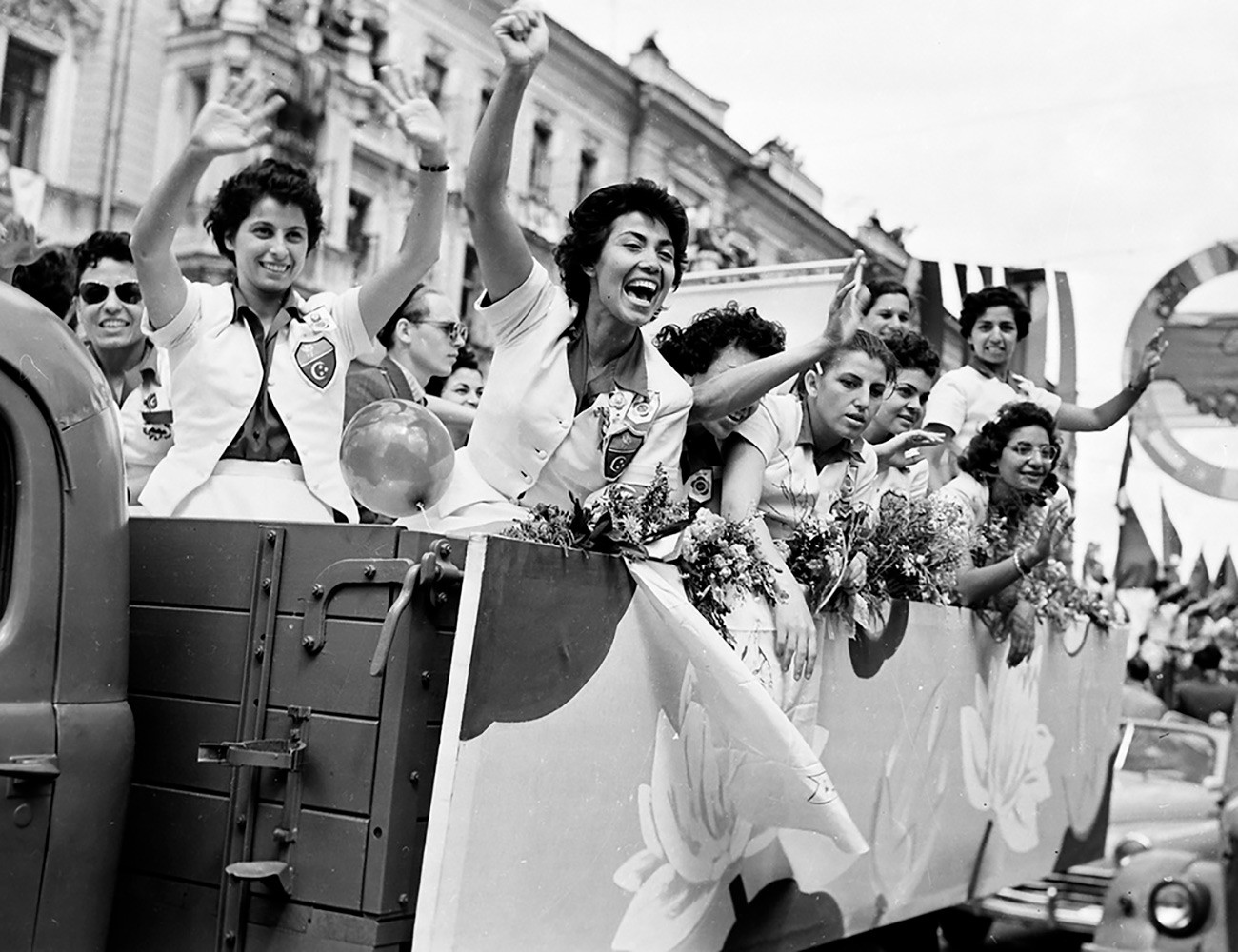 During two weeks, from 28 July to 11 August, Moscow witnessed countless concerts and shows, film screenings, art exhibitions, scientific and cultural seminars, lectures and meetings, intellectual contests and sport competitions. Young specialists - from architects to animal breeders - met to share experience. There was even a meeting of young Christians in Russia’s most important monastery - the Trinity of St. Sergius not far from Moscow. 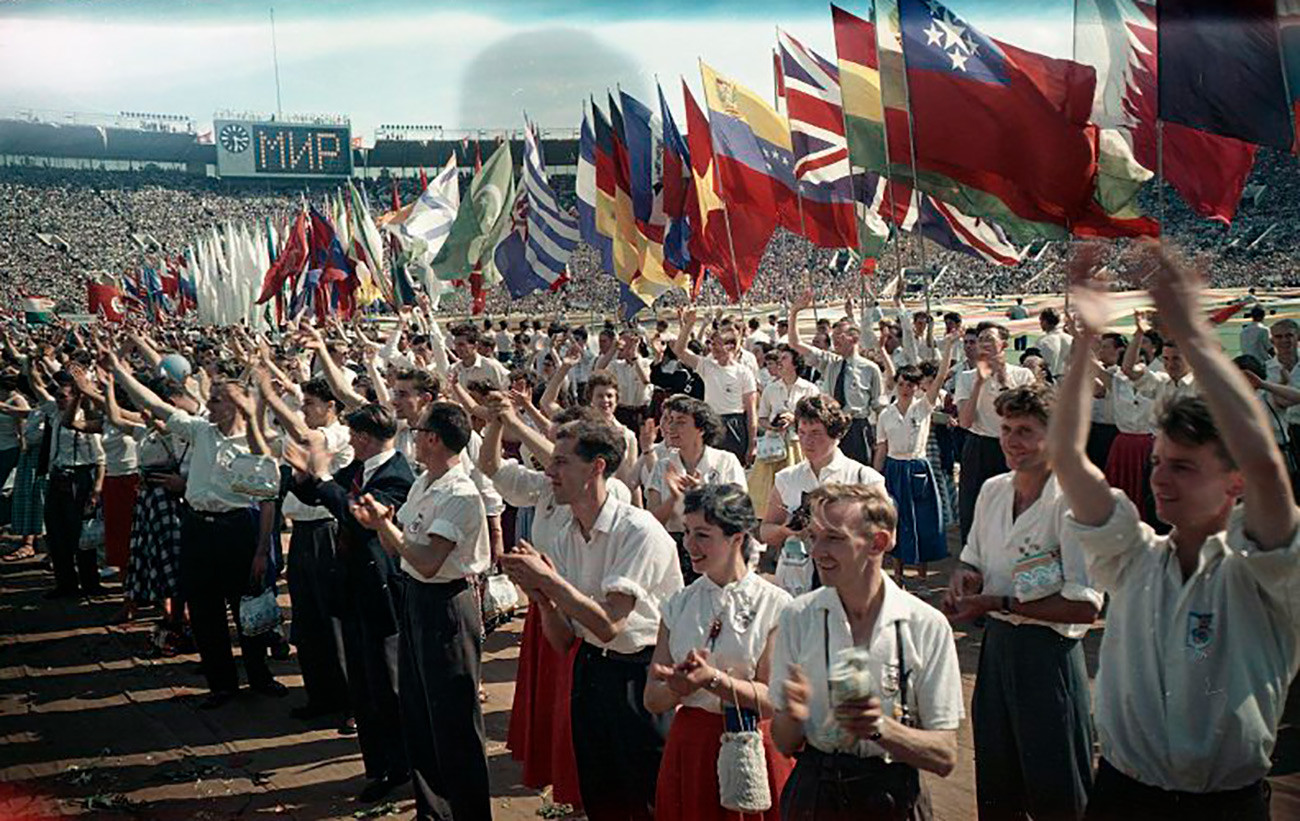 The festival, held under the motto “For Peace and Friendship,” was attended not only by youth from Eastern European countries or Soviet-friendly African and Asian states. Muscovites also saw French chemists, an English brass band and American jazz players, Belgian and Spanish musicians, Finnish, Swedish and Dutch actors and many others representatives from the “capitalist world.” 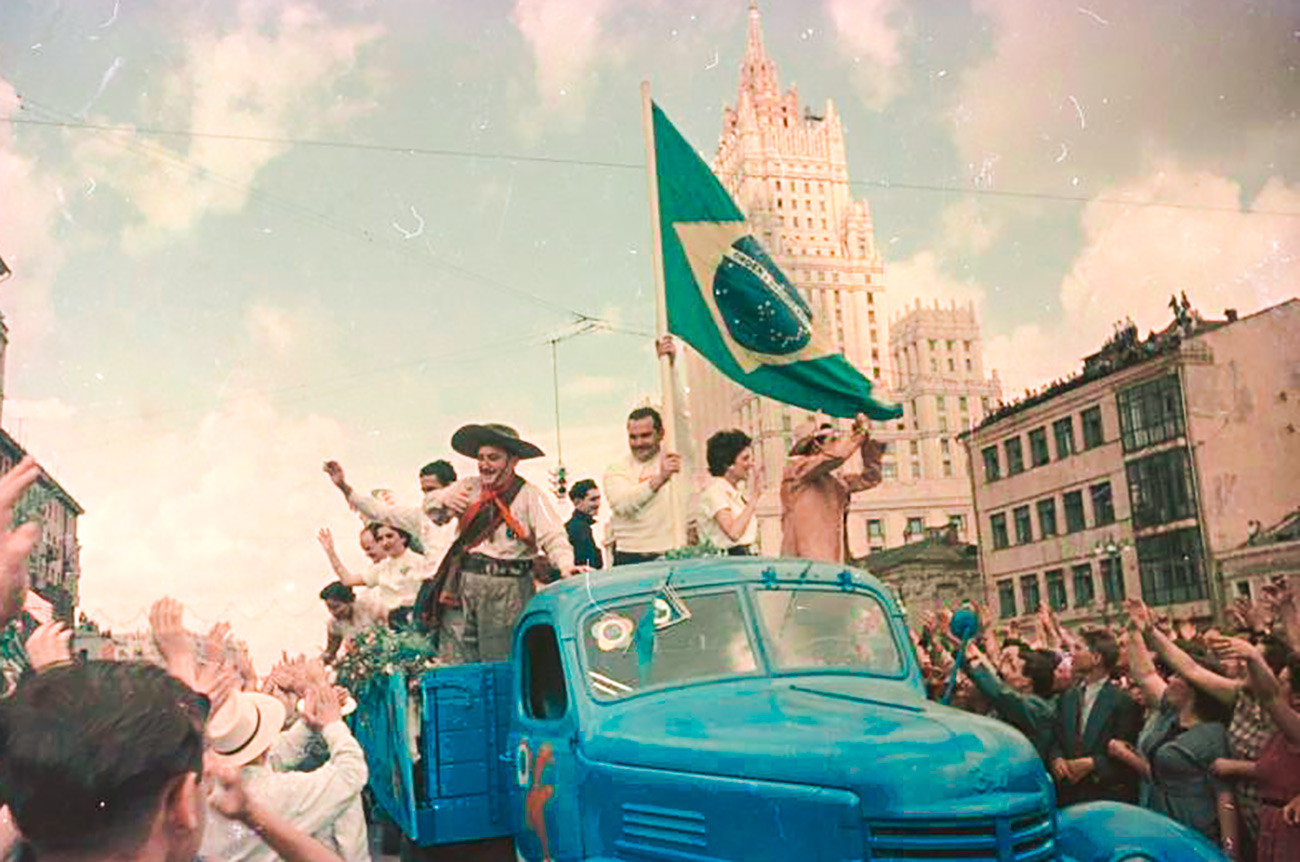 Famous jazz player, Alexey Kozlov, recalled in 1997: “It is useless today to explain to the new generation, what the word “foreigner” meant those days. Permanent propaganda, aimed at the creation of hatred of everything foreign, meant this word gave Soviet citizens mixed feelings of fear and admiration. The Soviet Union knew nothing of tourists or businessmen; diplomats and journalists didn’t walk the streets. That’s why when we saw thousands of foreigners on the streets of Moscow, and we could talk to them, we were overwhelmed by euphoria.” 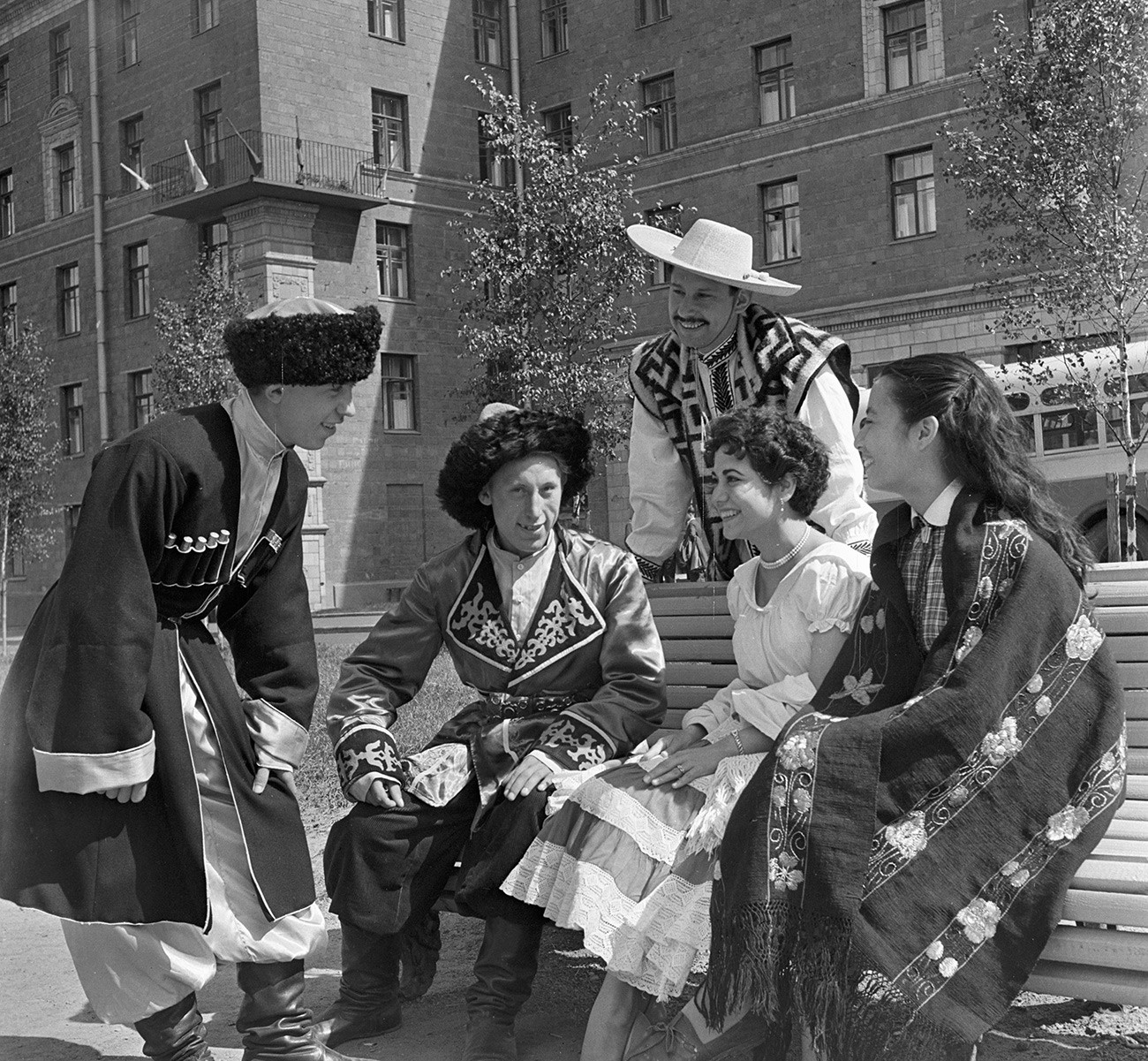 “I perfectly remember those feelings - brotherhood, acquaintance with the foreign students, youth from around the world,” says another participant Oleg Kuznetsov. 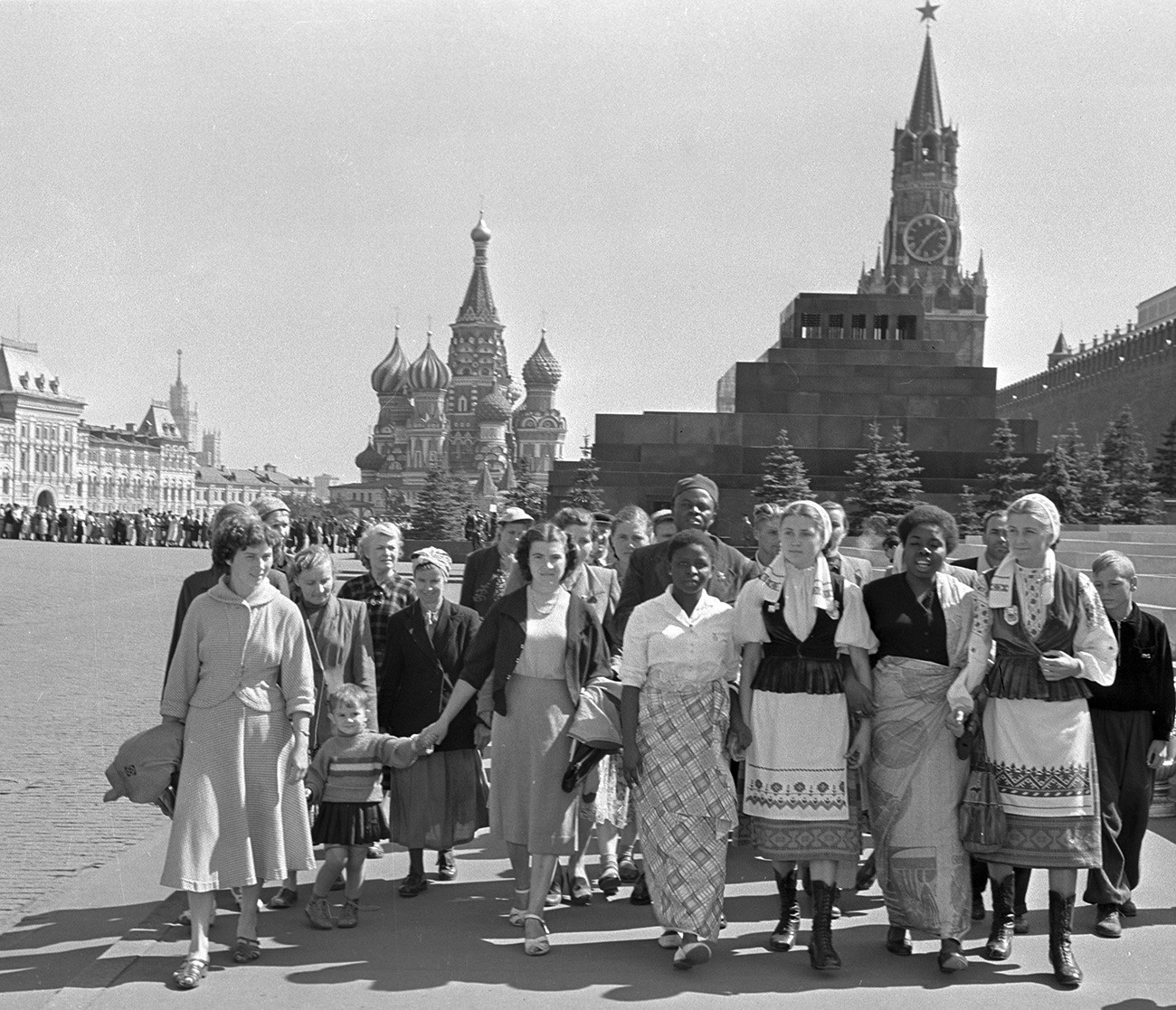 Sometimes relations between the Muscovites and foreigners became too close. The festival set the scene for the appearance, nine months later, of the first generation of numerous children of mixed racial birth - the so-called “children of the festival.” The next such wave happened after the 1980 Moscow Olympic games. 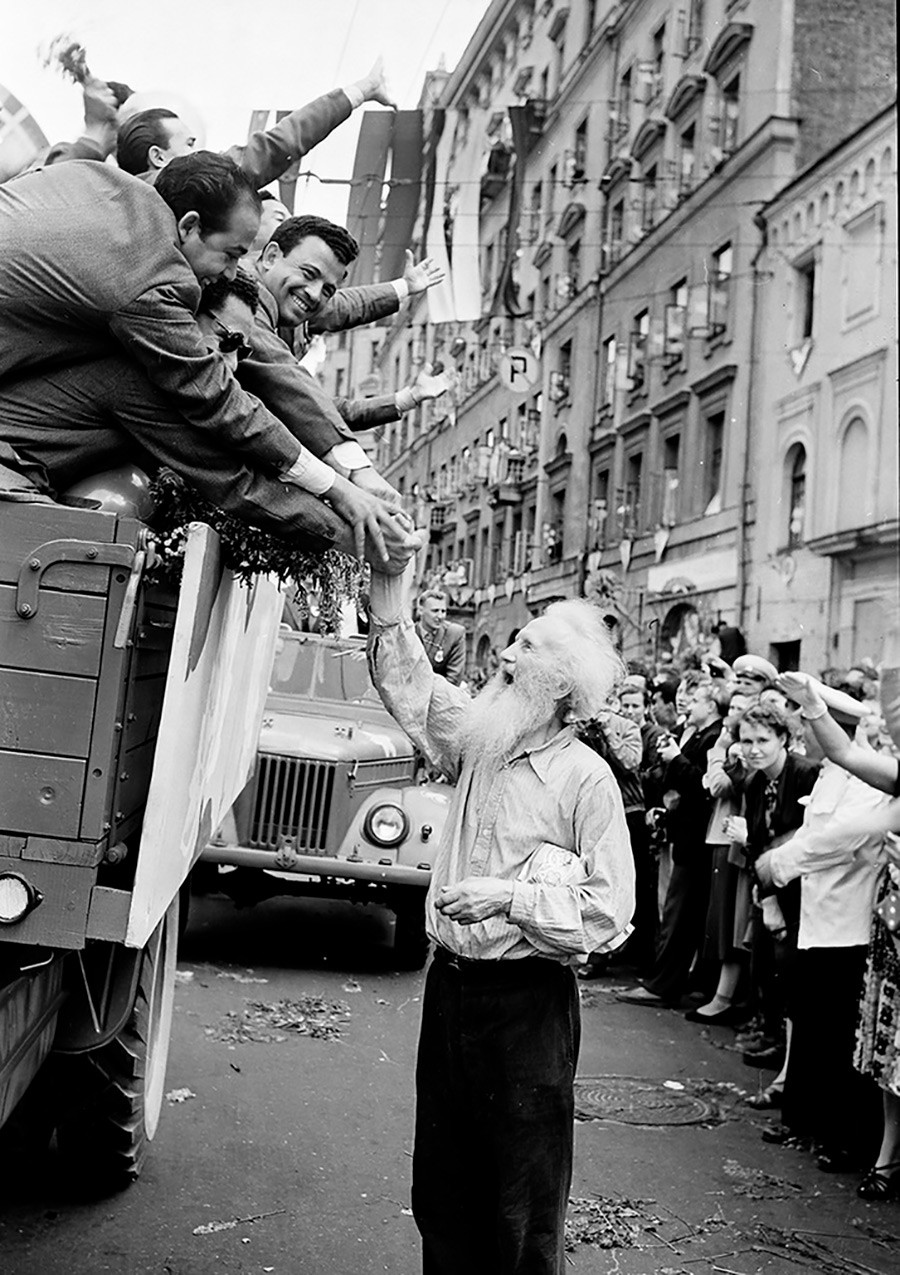 The festival had a great influence on Soviet culture, society and lifestyle. For the first time, Soviet citizens learned what sneakers, badminton, jeans and rock & roll were. And if the first two soon became widespread in the Soviet Union, the latter had a more troubled history. Seen by the authorities as a “capitalist disease” though not prohibited, they were definitely not welcome in this country of workers and peasants. However, they soon became cult items - and it was a cult that would remain strong long after the USSR itself was gone. 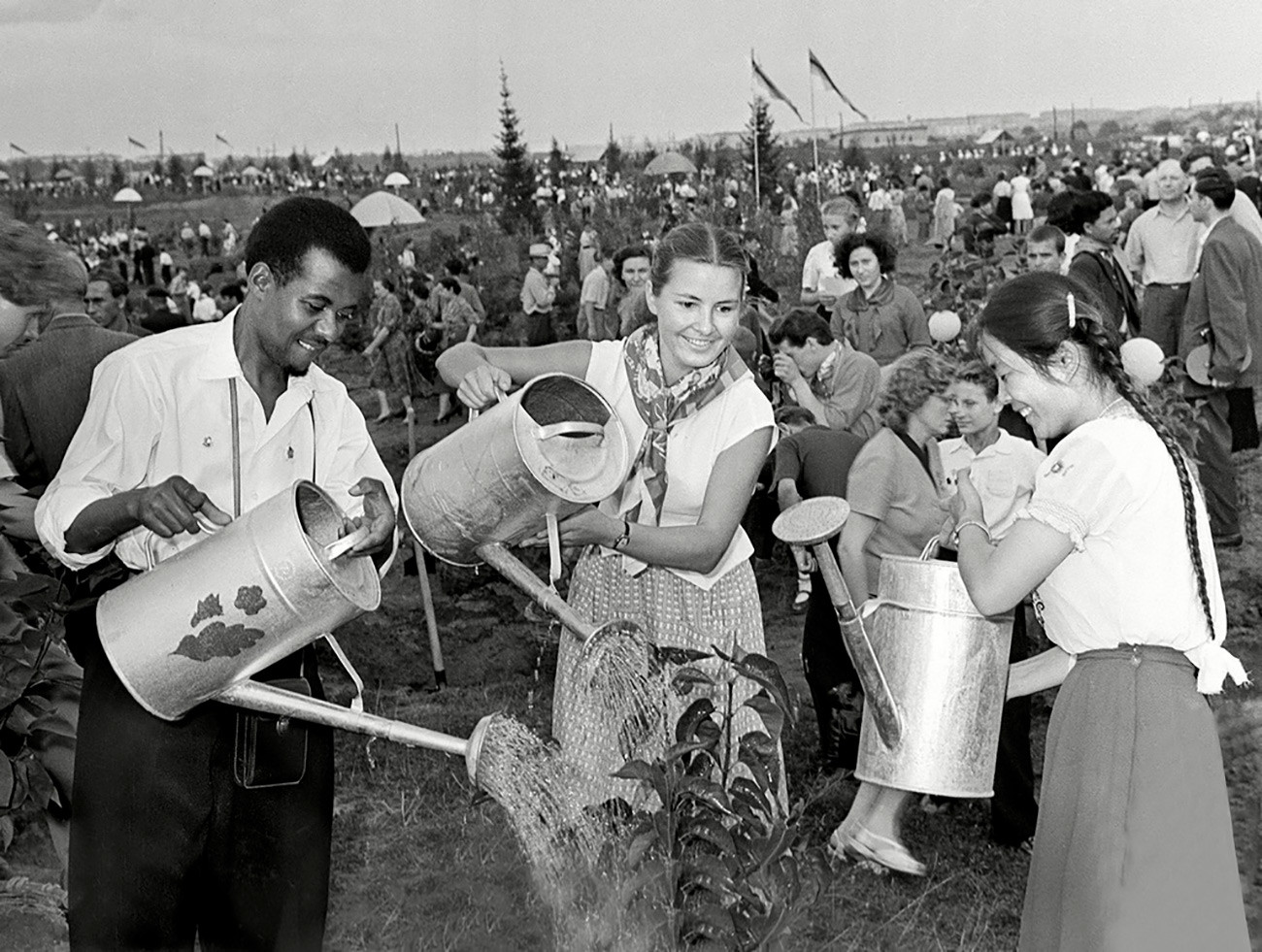 Among numerous songs dedicated to the festival, one - “Moscow Nights” - became so popular, that even today is probably the most recognisable Russian song abroad. “Moscow Nights” was translated into many languages, including English, Italian, Chinese and Hebrew. 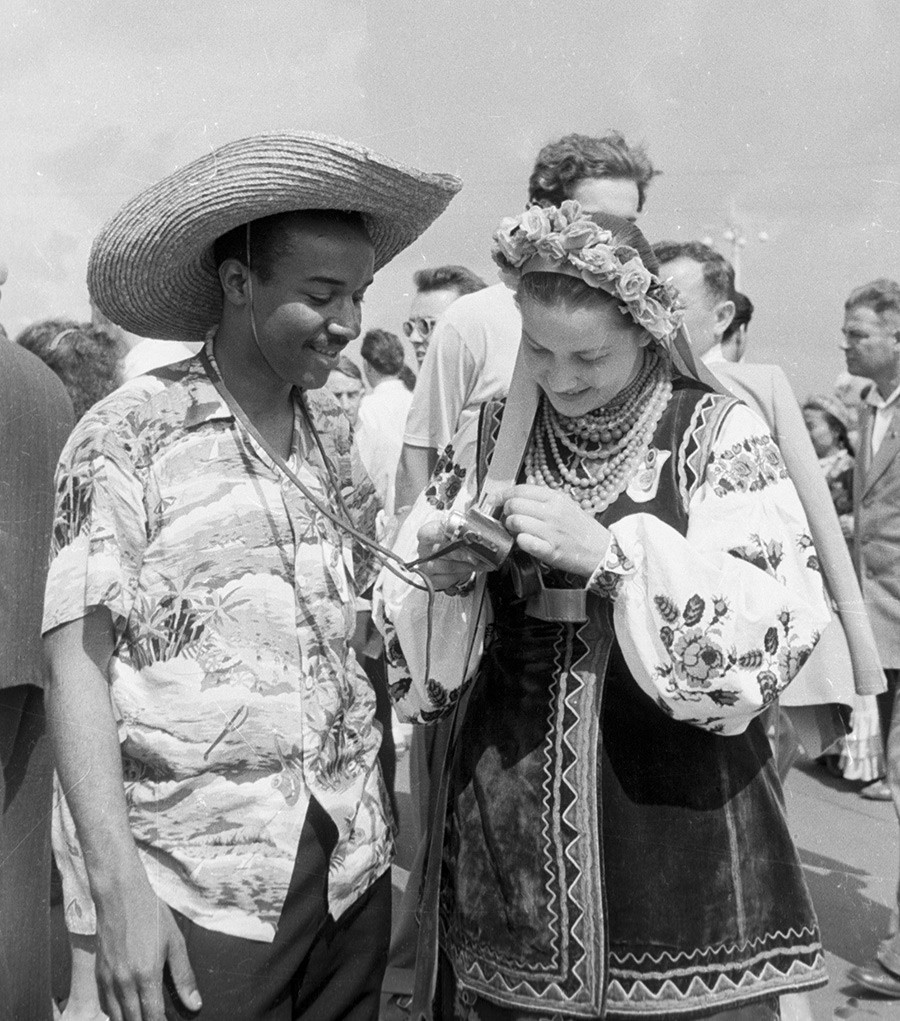 One of the most popular Soviet TV shows - student humour competition KVN (“Club of the Funny and Inventive People"), launched in 1957, was inspired by the Youth Festival. Now an extremely profitable commercial project, it successfully continues its existence in modern Russia. 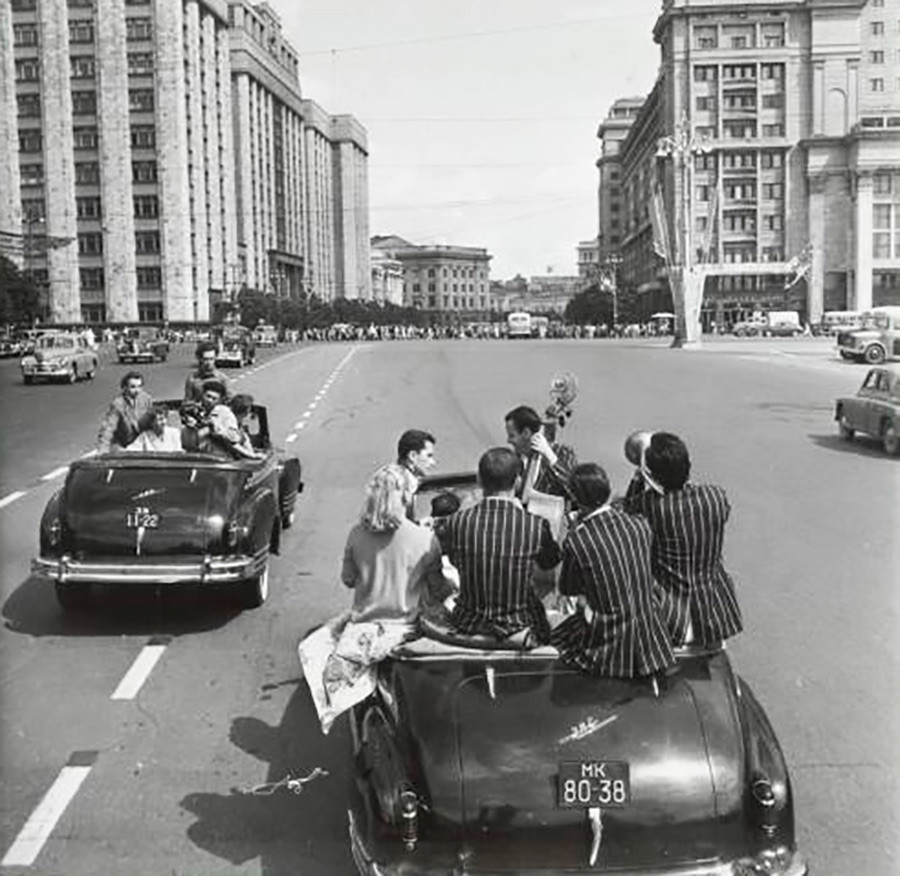 The tradition of holding the World Festivals of Youth and Students didn’t die with the collapse of the Eastern Bloc. They are still being organized around the world. Although some of them are major events, none can beat the 1957 Festival in numbers, and political and social importance. 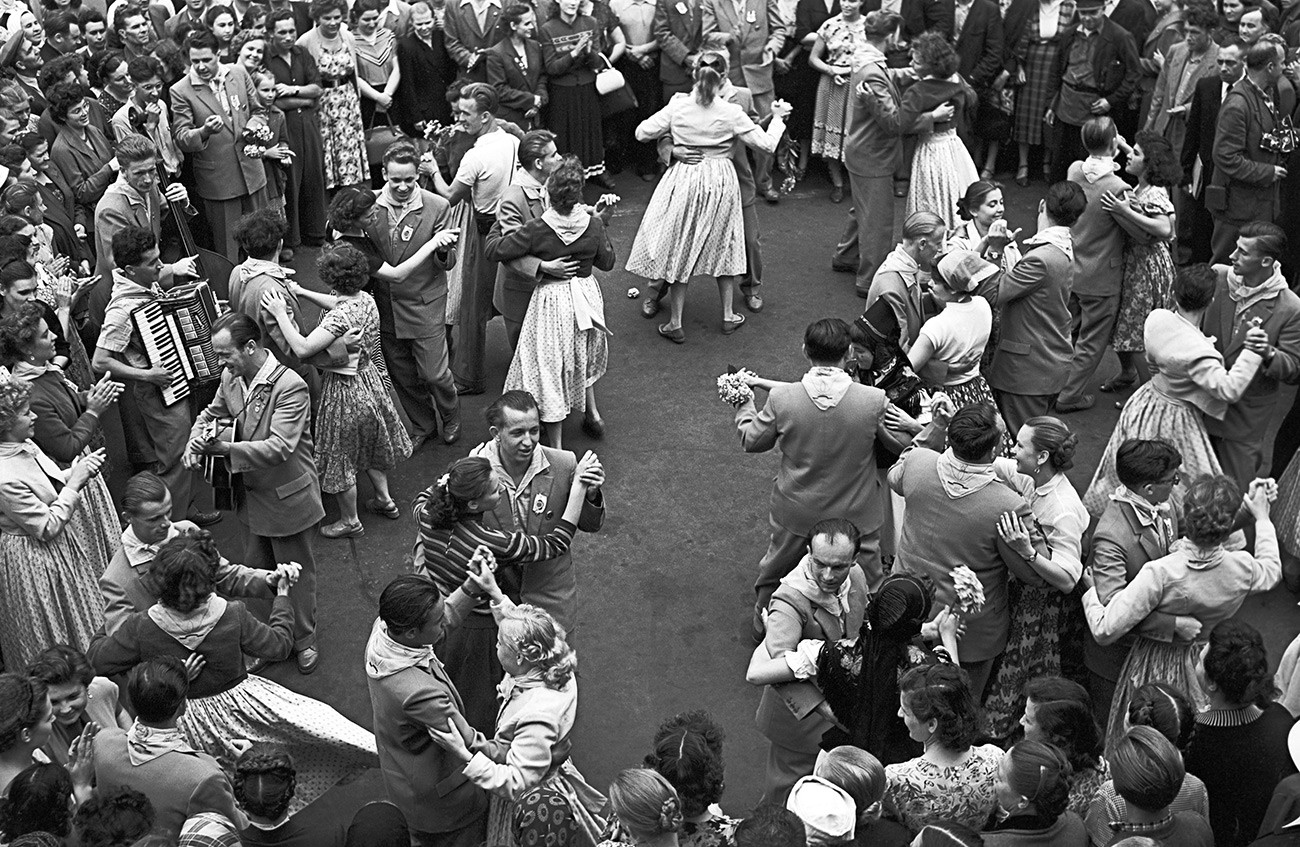