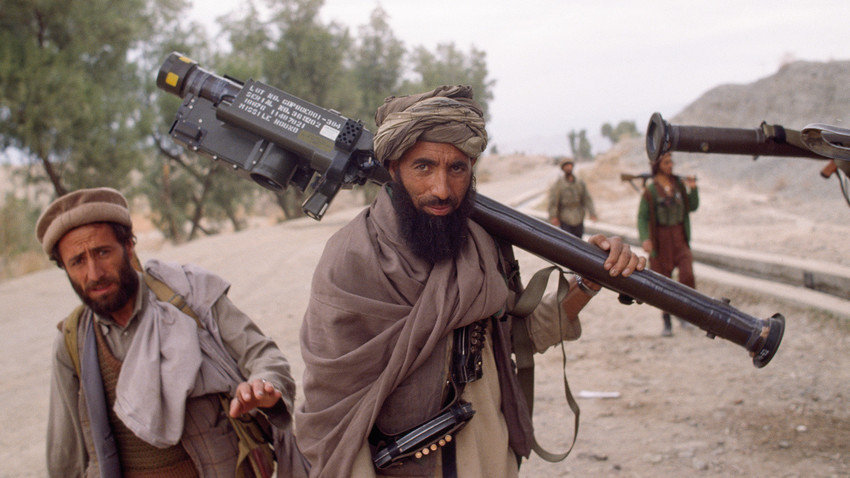 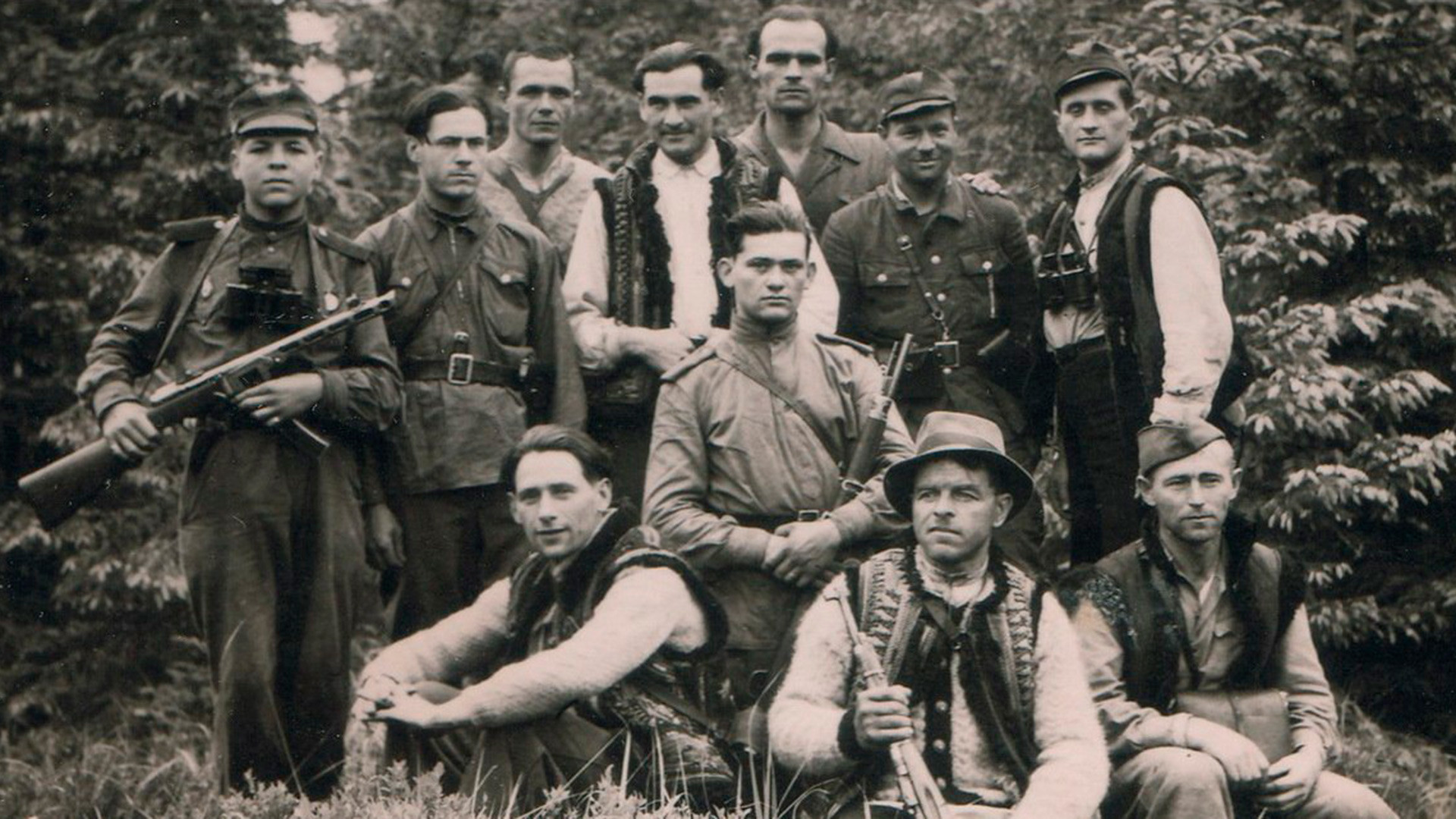 For over 40 years the CIA effectively played the “Ukrainian card” in its anti-Soviet war. Right after the end of World War II, Langley established close contacts with the Organization of Ukrainian Nationalists (OUN) and the Ukrainian Rebel Army (UPA), both major anti-commusnist organizations that counted thousands of members in western countries and in the underground in Soviet Ukraine.

Operation CARTEL, whose goal was to support Ukrainian nationalists, was already in full swing in the late 1940s. During those years the operation changed its name many times, but remains better known as AERODYNAMIC.

At first, the CIA actively supported the armed resistance in Ukraine, sent in agents and instructors, provided financing to anti-Soviet military units, and also gathered information on Red Army positions and organizations.

However, by the mid-1950s when the OUN-UPA forces in Ukraine and Eastern Poland had been mainly eliminated, the Americans changed the course of their politics. Now, they made a bet on ideology: they began to publish anti-communist literature and magazines, as well as conduct underground radio translation and support illegal Ukrainian political movements.

In 1990, with the imminent collapse of the Soviet Union, the American spy bosses in bosses shut down the programme. 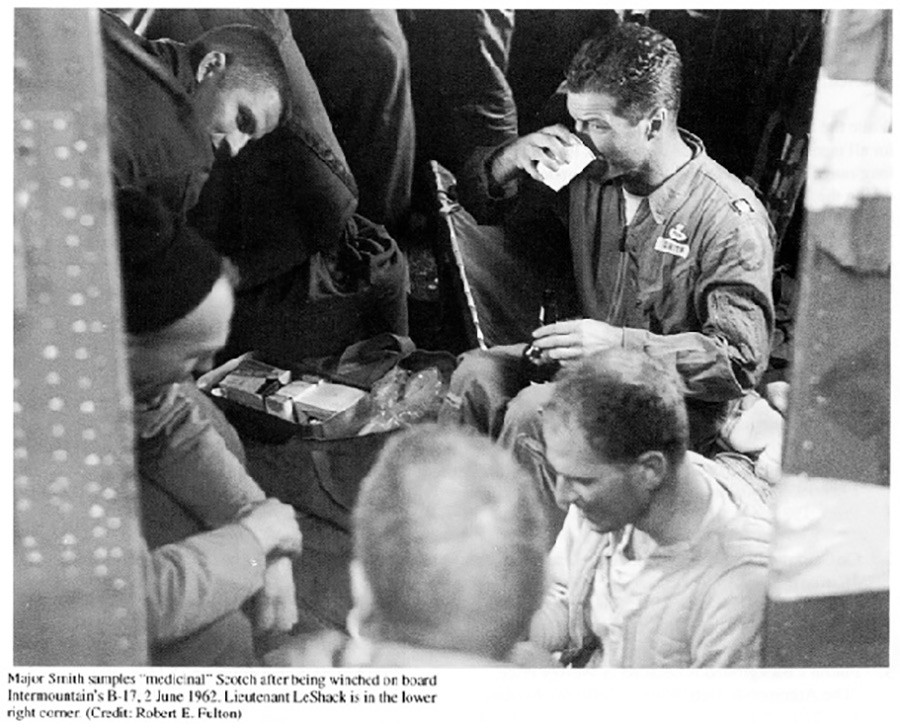 In May 1961, an American reconnaissance plane in the Arctic spotted an abandoned Soviet drifting ice station. It looked like the Soviets had left it in a big hurry, afraid that the ice would soon break apart.

The CIA realized they had a perfect chance to get their hands on Soviet military secrets, and they surmised that the station might have valuable information from  Soviet acoustical surveillance networks, which is used to monitor U.S. submarines under the Arctic ice.

It proved impossible to reach the station by icebreaker or helicopter, so two agents were dropped by parachute from a B-17 bomber onto the ice, followed by eight boxes of equipment.

During the course of those three days at the station the Americans collected over 80 documents and made hundreds of photos of Soviet equipment. When it was over, and with their precious intel in hand, the agents were swept from the station by a B-17 via the Fulton surface-to-air recovery system, better known as Skyhook. 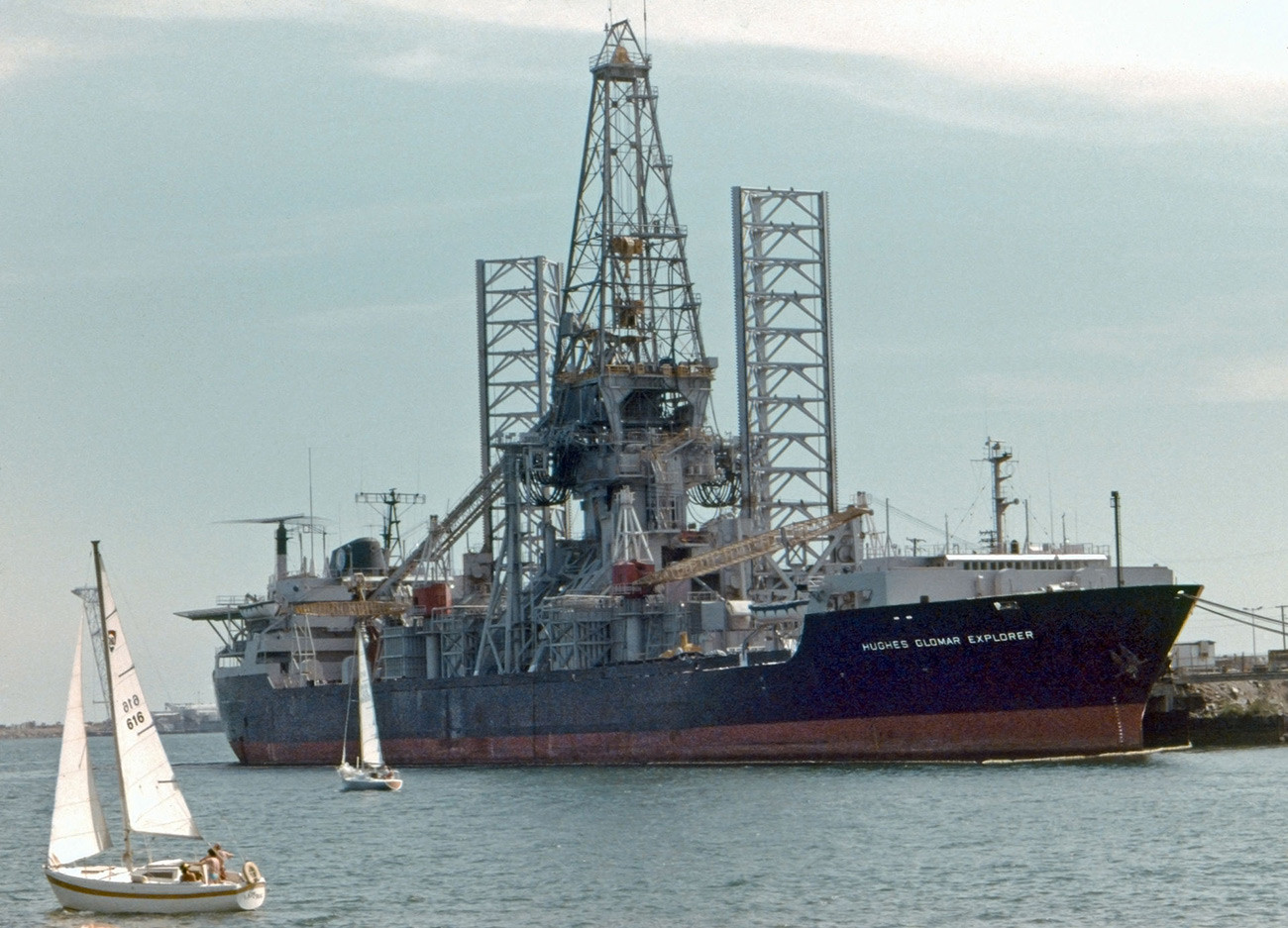 In March 1971, due to unknown reasons the Soviet navy’s K-129 submarine sunk in the Pacific Ocean, just over 1,600 miles from Hawaii. The USSR, as it often did, tried to hush the tragedy and didn’t officially declare loss of the vessel. Thus, the submarine was in fact “ownerless” and in theory any country could lay a claim to it. Of course, the Americans couldn’t pass up such an opportunity.

The U.S. disguised the recovery operation under mining work, and specially built the Hughes Glomar Explorer vessel for the occasion. Looking like a drillship at first glance, it was designed to raise the Soviet submarine from the sea bed. The task wasn’t easy at all because K-129 was located on the enormous depth of 5,000 meters.

The recovery started in 1974, only six years after the sinking. The submarine collapsed into itself during the process, and the Americans could lift only the nose cone. The operation’s details are classified, but it is believed that the CIA agents got their hands on two torpedoes with nuclear warheads, while ballistic missiles, important documents and equipment remained on the bottom.

As the Americans later claimed, they buried the bodies of six Soviet sailors, which were found in the submarine’s sectors, with all proper respect. 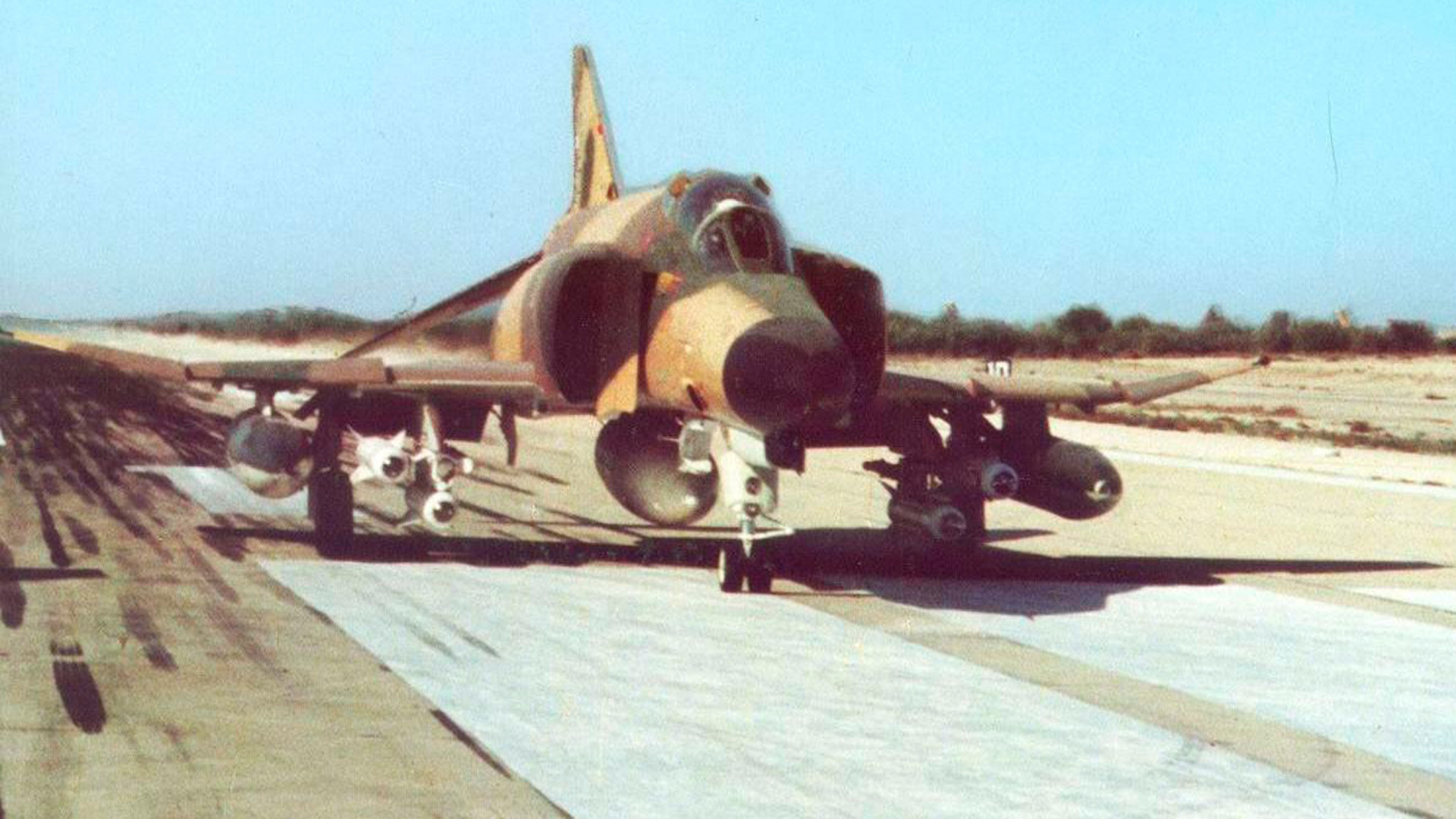 In 1960-1970, when the U.S. and Iran were still friends and allies, the CIA and the Imperial Iranian Air Force conducted joint aerial reconnaissance operations in the USSR’s southern regions, known as Project Dark Gene.

American and Iranian pilots, on Iranian fighters, regularly crossed the Soviet border to find gaps in the local anti-air defense and to test how effectively Soviet interceptors reacted to intruders.

As a part of the Dark Gene Iran acquired the newest equipment, including F-14 fighters, which the U.S. didn’t deliver to anybody else.

On November 23, 1973, a MiG-21SM piloted by Gennady Yeliseev was sent to intercept the Iranian F-4 Phantom II, which violated the Soviet border in the Mugan plain. After all the missiles failed to hit their target, Yeliseev hit the Phantom's tail with the wing of his own plane. The first jet-based aerial ramming in history resulted in the F-4 crashing, with its pilots catapulting and captured. As for Yeliseev, his MiG hit a mountain, killing him instantly.

Four Iranian aircraft were shot down by the Soviets during the years when the operation was in full swing. After the 1979 Iranian Revolution, Project Dark Gene was immediately shut down. 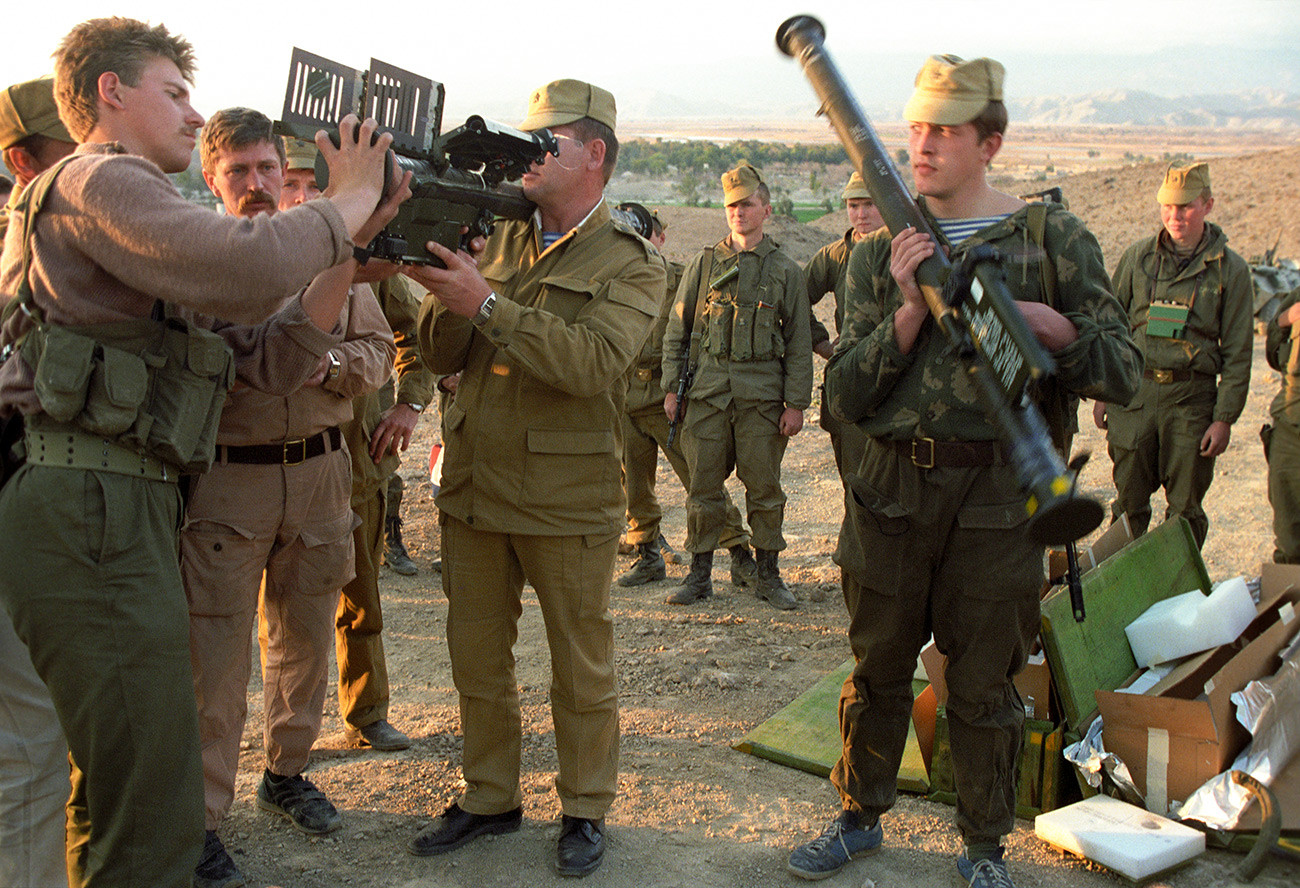 During the entire period of Soviet intervention in Afghanistan (1979-1989) the CIA was conducting one of its most expensive operations ever, which came at an expense of several hundred millions of dollars per year. The goal of Cyclone was to provide the Mujahideen with all the necessary weapons and ammunition to fight the Soviets.

In order not to be directly involved in the conflict, the CIA cooperated with the Pakistani Inter-Services Intelligence (ISI), which used the American money and weapons to organize funding, arming and training the Afghani opposition military units.

An especially remarkable episode of Cyclone was the supplying of Stinger hand-held anti-aircraft missiles to the Mujahideen in 1986. This led to major casualties in the Soviet Air Force, which had been a serious threat for the Afghan jihadists for years. Soviet special forces even started a hunt for the Stingers, which had been guarded by the Mujahideen with their lives.

With the withdrawal of the Soviet army from  Afghanistan, Cyclone came to an end. The CIA forgot about this country, but not for long, as it turned out.