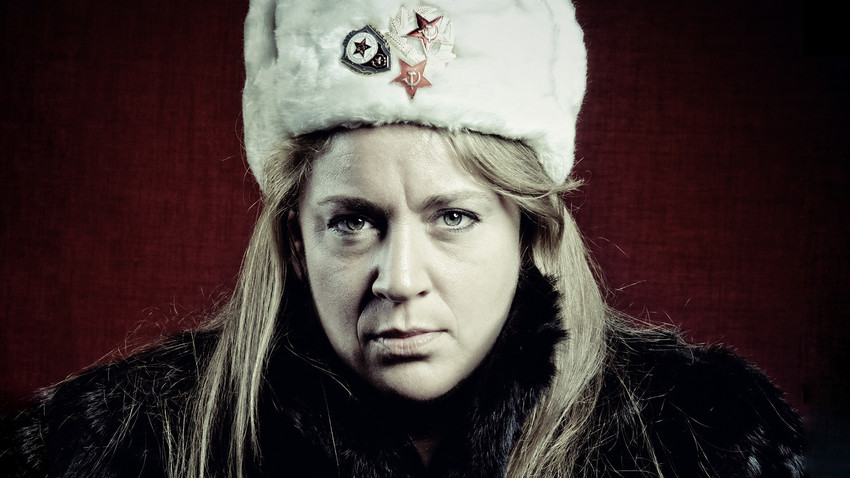 Getty Images
Ever wonder about habits and traits that are so Russian that even Russians take time to acknowledge them? Knowing such cultural peculiarities was always crucial for foreign intelligence services, each of whom had no doubt written entire manuals on the subject. So we decided to come up with our own fantasy playbook on how to not blow your own cover when in Russia.

Russians fondly remember a classic Cold War-era joke: Americans are preparing a spy to infiltrate the USSR. He undergoes 10 years of grueling training in all possible spheres of Russian life: he ends up with an impeccable command of Russian, complete with a carefully tailored Northern accent, and finally, he’s parachuted into deep Siberian taiga. He walks only half a mile when he encounters a babushka who says, “Oh, hello, Mr. American Spy!” Astonished by such a catastrophic turn of events, the spy begins to methodically grill the babushka about how she could possibly recognize who he truly was, what with the language and the accent and the clothes. Long story short, she replies: “But sonny, isn’t it kind of obvious? You’re black.”

Here we pick out the more intricate ways of blowing your own cover – and how not to do it.

Felix Dzerzhinsky, the founder of the Soviet secret service, allegedly said that “A cool head, a warm heart and clean hands" are the job qualifications of a good KGB agent. So, if you want your conspiracy to go smoothly, mind your hands.

As in many cultures, there are specific hand gestures a Russian would normally use. Remember that scene from Inglorious Basterds where Michael Fassbender’s brilliantly calm Archie Hicox blows his cover as a German officer by ordering three glasses with a non-German gesture? In order to avoid what happened next, learn from his mistakes.

For Russians, the main difference is counting with fingers – it’s flexing, not straightening, so when you count to five you get a fist. A typical adult Russian also wouldn’t use their hands to show quotation marks when they’re being ironic about something. Victory or OK signs are also rarely used.

Veteran Soviet bartender Alexander Kudryavtsev recalls (link in Russian) spotting Russians in a “foreign diplomats only” canteen by a tiny detail – the men were all dressed like foreigners, but their shoelaces were tied ‘in a Russian way’ – diagonally, not horizontally. An awful way for an agent to fail – in a bar! But there are more evident rules about your shoes than laces.

Much like in Eastern cultures, Russians still take off their shoes inside apartments and generally treat legs and feet as “untidy” parts of the body, so putting your legs on furniture or sitting on tables is clearly non-Russian. And have your dress shoes cleaned thoroughly – it’s a must for a Russian man, and for people in state service, especially. If a Russian has been trained in the army, like most state servants had been, then shiny black leather is one of his pedigree marks.

It might feel awkward, but smiling at strangers is impolite in Russia, and it’s still one of the main things that helps spot a foreigner among locals. So, to preserve your Slavic disguise, act like you’re deeply confused, angry and in a hurry all at the same time.

Constantly wrinkling your forehead would help. People would know you’re busy thinking and treat you with respect (try to get rid of you nuisance as soon as possible). Also, it is very Russian not to talk at all in public places or with attendants, resorting only to humming and nodding your head. That could help if your accent is still a long way off.

4. Forget about those stupid toasts and ‘drinking rituals’... please.

Let’s get this out of the way first: saying “na zdorovie” is your single best chance to be outed as a foreigner in a matter of seconds. That also includes overly long toasts: nobody does that unless they’re well over 40 years of age.

To treat the thing as a Russian, don’t become too agitated about it. Because drinking is nothing exotic.

Never fail to vacate a seat when taking public transport. Hold the door and patiently wait for the woman to pass first. Funny, but even a stranger could ask you for help to carry or move heavy bags or parcels. In this case, helping doesn’t mean you’ve got a date, and offering to help isn’t considered harassment. Russian women still love to be treated like women.

Obvious, but still, remember commonly used symbols and signs. The ring finger is on the right hand; and when making a sign of the cross, don’t forget to cross from the right to the left (the Orthodox way). Also, learn some colloquial gestures, like pointing at your chin upwards with index and middle fingers – which means you’re “fed up”.

To solidify your cover, learning some lowbrow tricks could also help – for example, opening a beer bottle with a lighter. Don’t despair if you can’t manage right away – even Russians take ages to learn it.