Love and hate for 'Iron Felix': Why do Russians still debate the Soviet security services' founder?

History
Oleg Yegorov
Felix Dzerzhinsky (1877 – 1926), the first head of Soviet counter-intelligence, still triggers controversy among Russians. Many people consider him a national hero, while others hold him responsible for the “Red Terror” of the early 1920s.

Imagine a little boy born in the late 1870s to a family of well-educated Polish aristocrats, surrounded by eight siblings. Living in their small family village, he adores his kin and genuinely believes in God; he even wants to become a Catholic priest. What do you think – how would his life turn out?

This quiet Catholic boy turned into a ruthless atheist revolutionary and executioner. His name was Felix Dzerzhinsky, and in the 1920s, as he later would write in a letter to his sister, “for many, there is no name more horrifying than mine.”

From prison to power

In 1895, Dzerzhinsky joined a local Marxist group. The authorities expelled the young man from the gymnasium where he studied on charges of revolutionary activity, thus starting down a long path of struggle against Tsarist Russia (at that time, Poland was under its control). 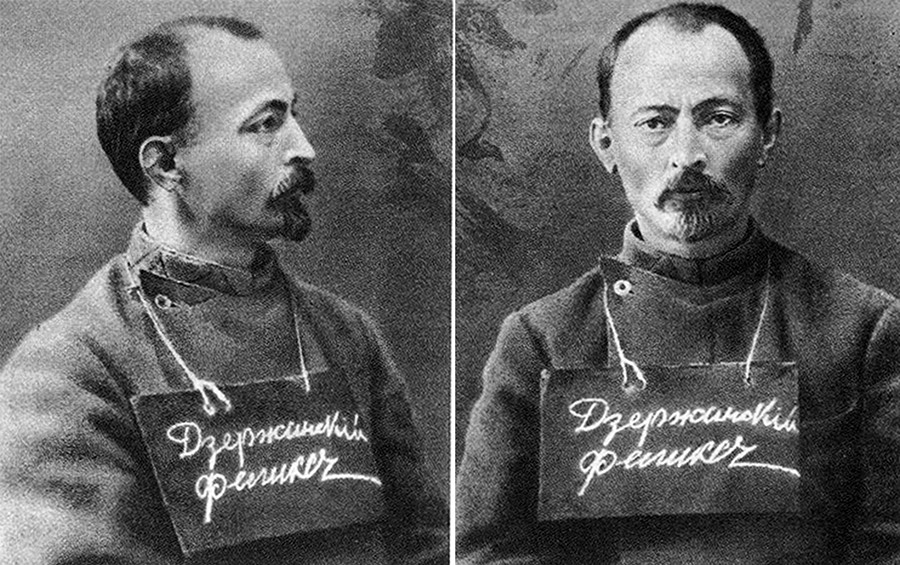 Felix Dzerzhinsky in the Oryol prison, 1914.

As a member of the Russian Social Democratic Labor Party, he spent 11 years in prison and exile. He was freed only after the February Revolution of 1917 and joined the Bolsheviks, successfully seizing power in October 1917.

Lenin highly valued his iron will and abilities, and on Dec. 20, 1917, the Bolshevik government appointed Dzerzhinsky the director of the newly-formed security services –the All-Russia Extraordinary Commission to Combat Counter-revolution and Sabotage. known by its acronym, Cheka. It was the predecessor of all Soviet security services: OGPU, NKVD, KGB, and their Russian successor, the FSB.

“Knight of the proletariat”

Times were hard for the Bolsheviks in 1917 – 1922, when they had to fight the Civil War against anti-Communist forces. The Cheka was tasked with suppressing any manifestation of counter-revolution. The Chekists had unlimited powers, and they could arrest and execute practically anyone, relying on the judgment of very brief “revolutionary trials.” 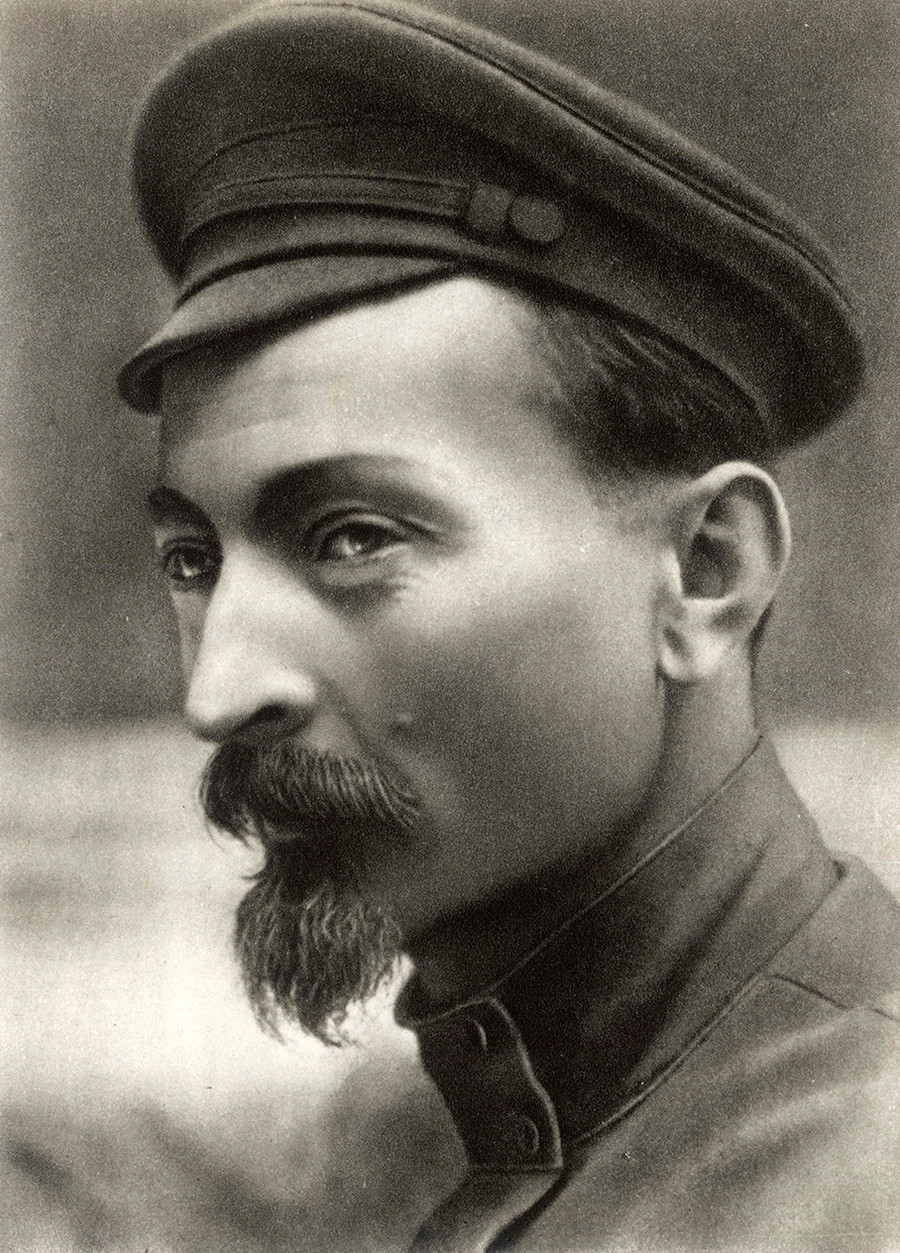 Indispensable for the Bolsheviks in the Civil War period, Dzerzhinsky was heading the horrendous Cheka that was punishing severely everyone considered anti-revolutionary.

As head of this system, Dzerzhinsky behaved brutally. “Arrested conspirators should be executed as fast as possible,” he once wrote to his subordinate in Ukraine. “Don’t be too bothered with trials. Shoot them.” At the same time, in his  one finds appeals not to be excessive and to jail only those whose guilt is indisputable.

Cold and restrained, Dzerzhinsky was serving his government and signing execution orders with a firm belief that he was on the right side of history. An ascetic in everyday life, with his peaky and long face, he looked like a crusader devoted to his mission.

Fellow Bolshevik and future authoritarian leader Joseph Stalin called Dzerzhinsky, after he died of a heart attack in 1926, “a devoted knight of the proletariat,” but the other nickname, “Iron Felix,” grew even more popular.

Blood on his hands

Historians argue about the number of people killed during the so-called “Red Terror” of the Civil War, which the Cheka was responsible for to a large extent. Estimates range from 50,000 people to more than one million, depending on the methodology used.

Unsurprisingly, the founder of the Cheka has a dark reputation, at least among the liberal segment of modern Russian society. Leonid Mlechin, a and a historian, wrote in his article on “Iron Felix”: “He considered himself free of any moral norms.” According to Mlechin, Dzerzhinsky founded a system of violence which would be later used by Stalin to carry out his brutal repressions in the 1930s. 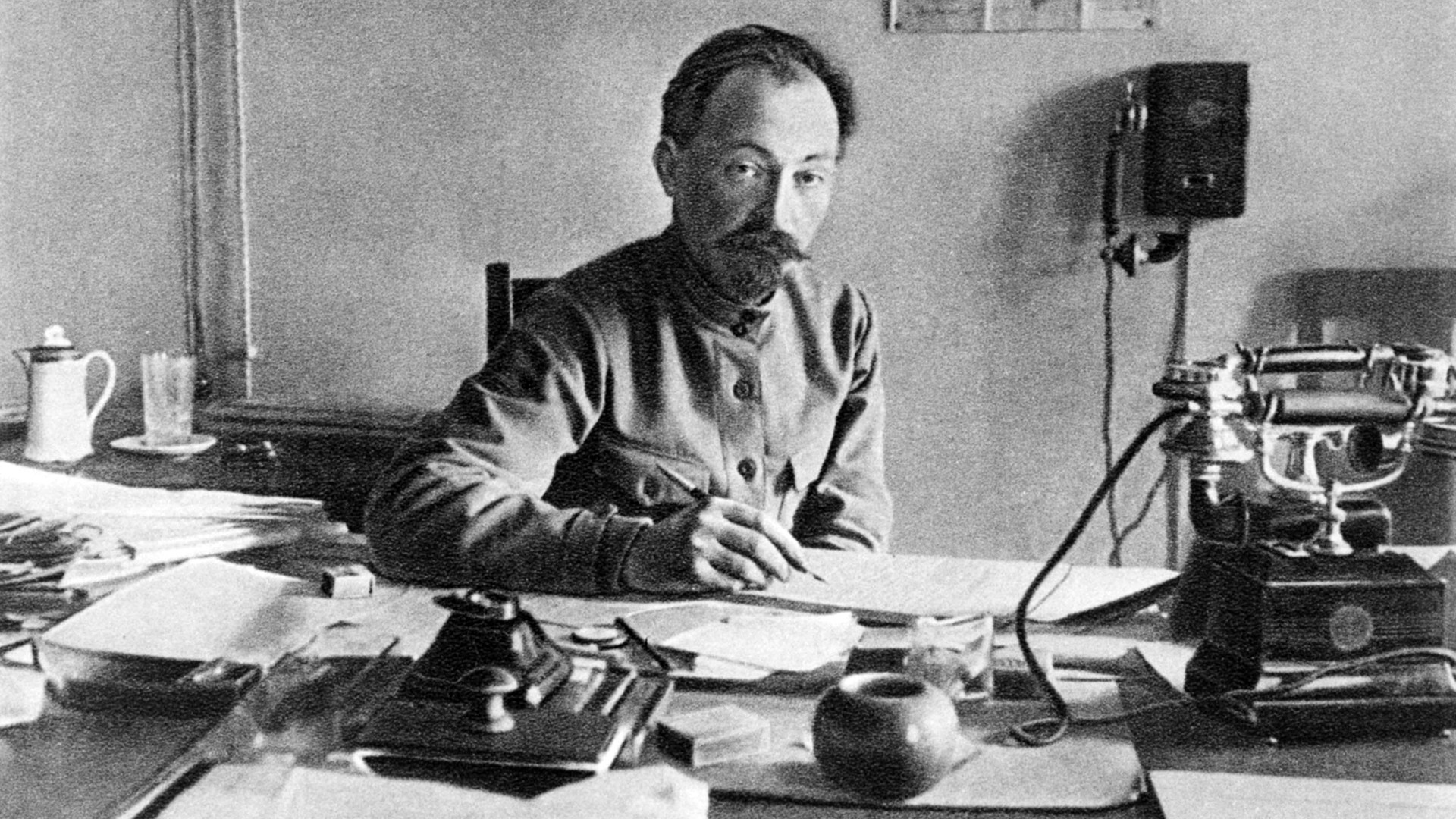 'Iron Felix' behind his working table. Maybe he is signing execution orders - or, perhaps, establishing another orphanage.

the same time, those who support Dzerzhinsky point out that Soviet security services didn’t only repress society but also protected it. Alexander Zdanovich, a and a retired FSB officer, said: “Dzerzhinsky founded a security service, one of the most powerful in the 20th century. It would be counterproductive to paint a portrait of this extraordinary man in black only.”

He also reminded that in 1924-1926 Dzerzhinsky worked as an economist and demonstrated quite impressive skills. Apart from that, the top Chekist supervised the establishment of a system of orphanages and child communes, which helped to solve the problem of child homelessness, which was very acute after the Civil War. “I love children like I love no one else,” he wrote in a letter.

Controversial as it was, Dzerzhinsky’s legacy remains a bone of contention long after his death. In August 1991, shortly before the collapse of the USSR, the Moscow authorities removed his monument (erected in 1958) from Lubyanskaya Square where it stood in front of KGB headquarters. That was the only way to prevent furious protesters from demolishing the symbol of government control. 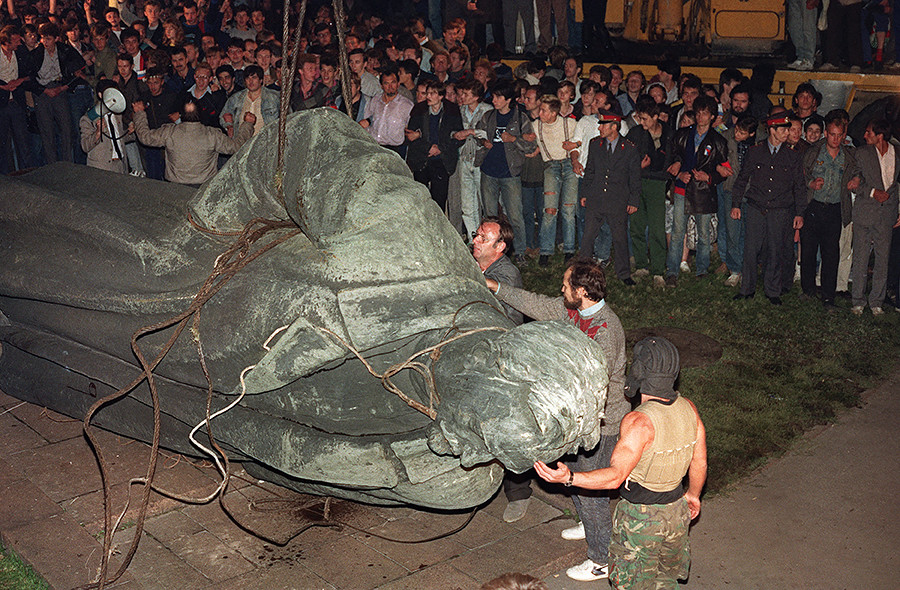 A picture taken on August 22, 1991, shows a crowd watching the statue of Dzerzhinsky being toppled on Lubyanskaya square in Moscow.

Even today, public disputes flare up occasionally, whether or not “Iron Felix” should be returned to his former space on Lubyanka. A poll conducted in 2015 by the Levada Center showed that 49 percent of respondents approve of putting Dzerzhinsky back, but the authorities have not yet acted.

Currently, Dzerzhinsky’s monument is standing in the Park in Moscow along with other 'retired' Communist leaders' statues. Anyone can visit and enjoy “Iron Felix”: just as tall, grim and cold as he was when alive.