What was air travel like in the USSR? (PHOTOS) 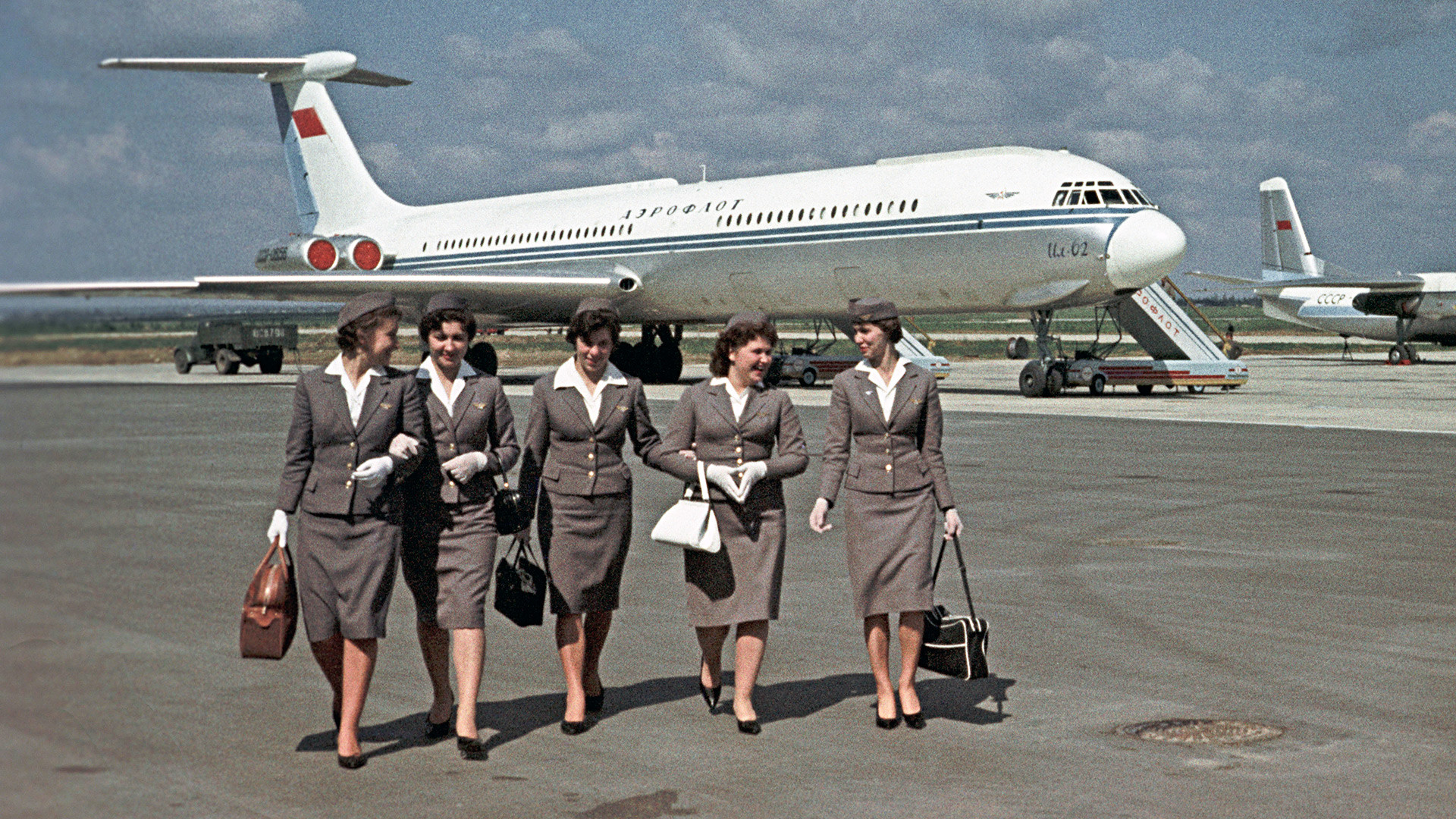 Dmitriy Kozlov/Sputnik
Passengers' memories about air travel in the Soviet Union vary: some believe that back then civil aviation was more accessible and affordable than now; for others, on the contrary, it is associated with endless queues for tickets. So what were things really like?

Officially, Soviet civil aviation was born in 1923, when ‘Dobrolyot’, a  voluntary air fleet society, was set up to transport passengers and mail. In 1932, Dobrolyot was transformed into the Main Civil Air Fleet Directorate, known as Aeroflot, which became the official (and only) airline in the USSR. By that time, the Soviet Union had developed its own aircraft: U-2, PS-9, K-5.

Routes were not numerous: flights connected Moscow, Nizhny Novgorod, Kazan, Kharkov, Odessa, Leningrad and Kiev. Vladivostok or Yakutsk could be reached only with stopovers.

This is how the first passengers of a U-2SP airplane traveled in 1940: 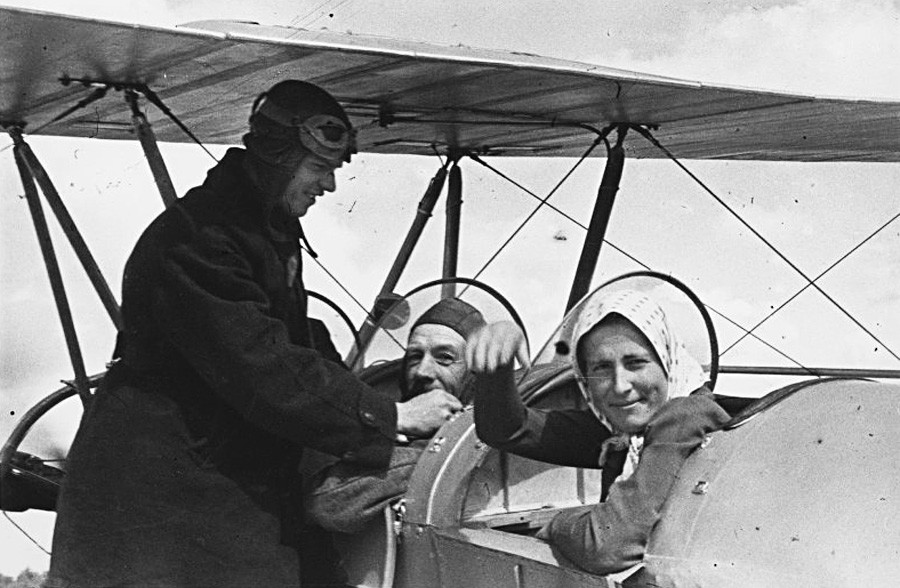 Civil aviation began to develop in the Soviet Union for real only after the Great Patriotic War. In the 1950s, Aeroflot received jet aircraft, and flying became much faster and more pleasant: if in the 1930s a flight from Moscow to Nizhny Novgorod took four hours, now it was just an hour and a half. 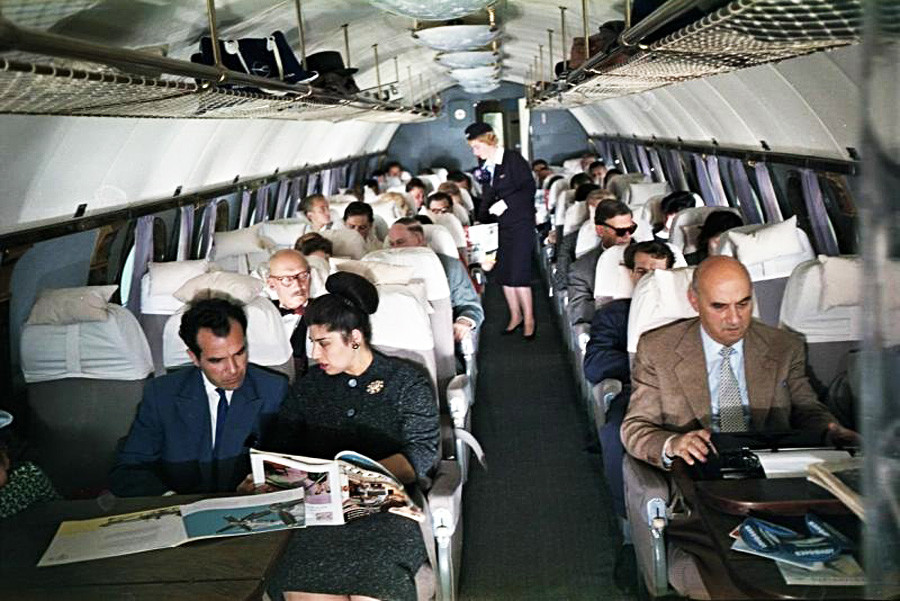 The Tu-104 jet aircraft had its maiden flight on the Moscow - Omsk - Irkutsk route in 1956. Smoking was allowed on board (on foreign flights, smoking on board was allowed until 2000). 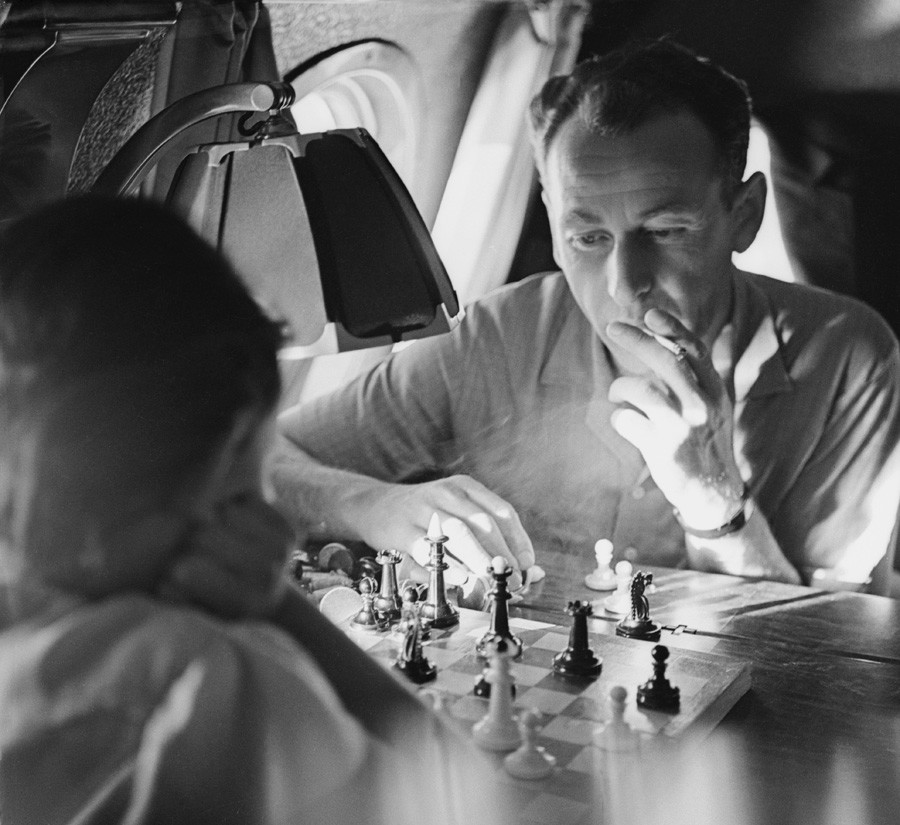 In the 1960s, air traffic connected not only the capitals of the Soviet republics, but regional centers, too. The number of airfields mushroomed all over the country. For example, from Voronezh (an industrial center in southern Russia) there were flights to almost a hundred cities.

In 1976, Aeroflot became the world's first airline to have carried over 100 million passengers in a year. 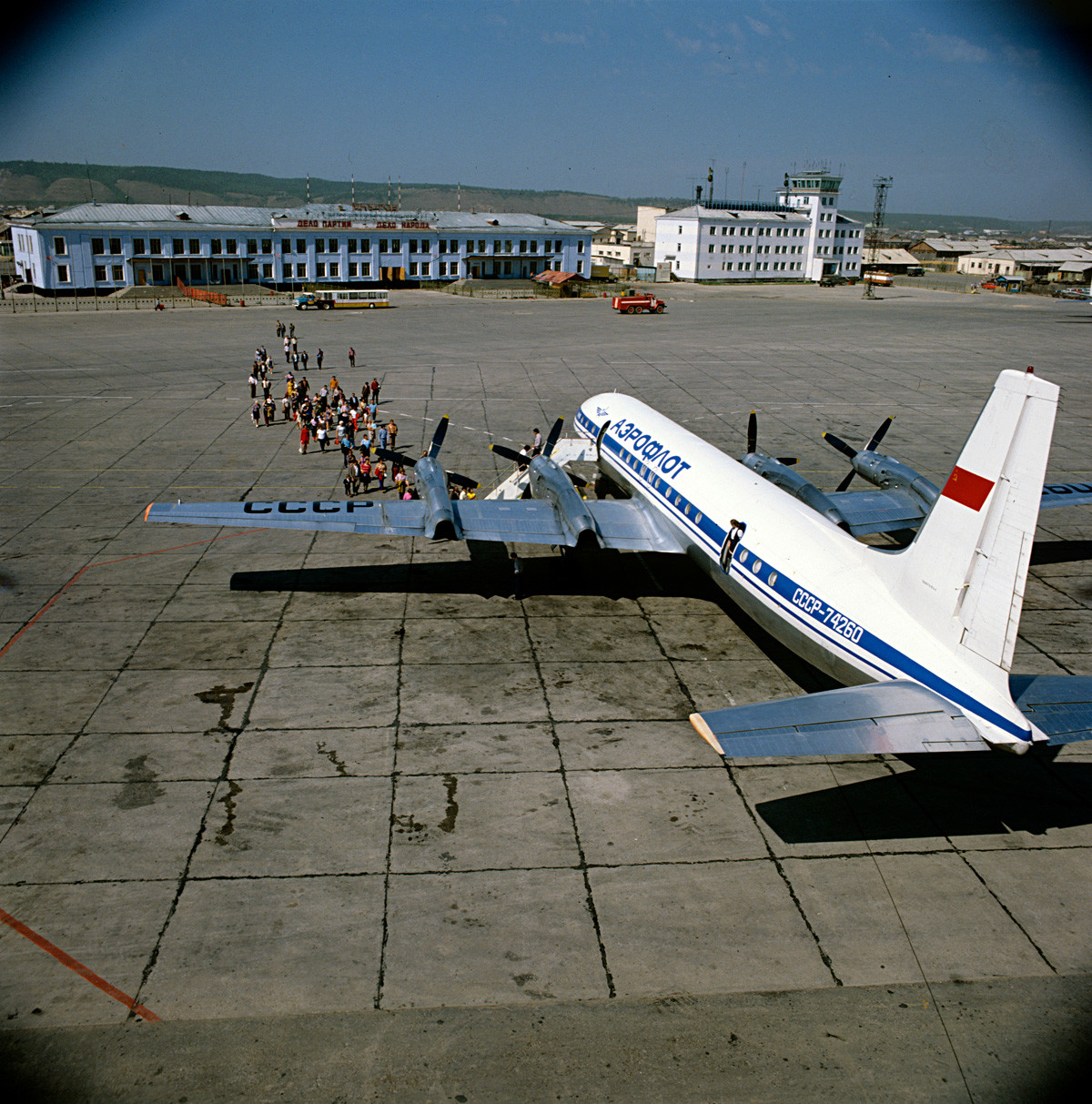 By the early 1960s, Moscow had four airports: Vnukovo, Bykovo, Sheremetyevo and Domodedovo. The capital was considered the country's main transport hub - it connected more than 200 cities in the Soviet Union. This is what Domodedovo airport’s terminal looked like in 1965: 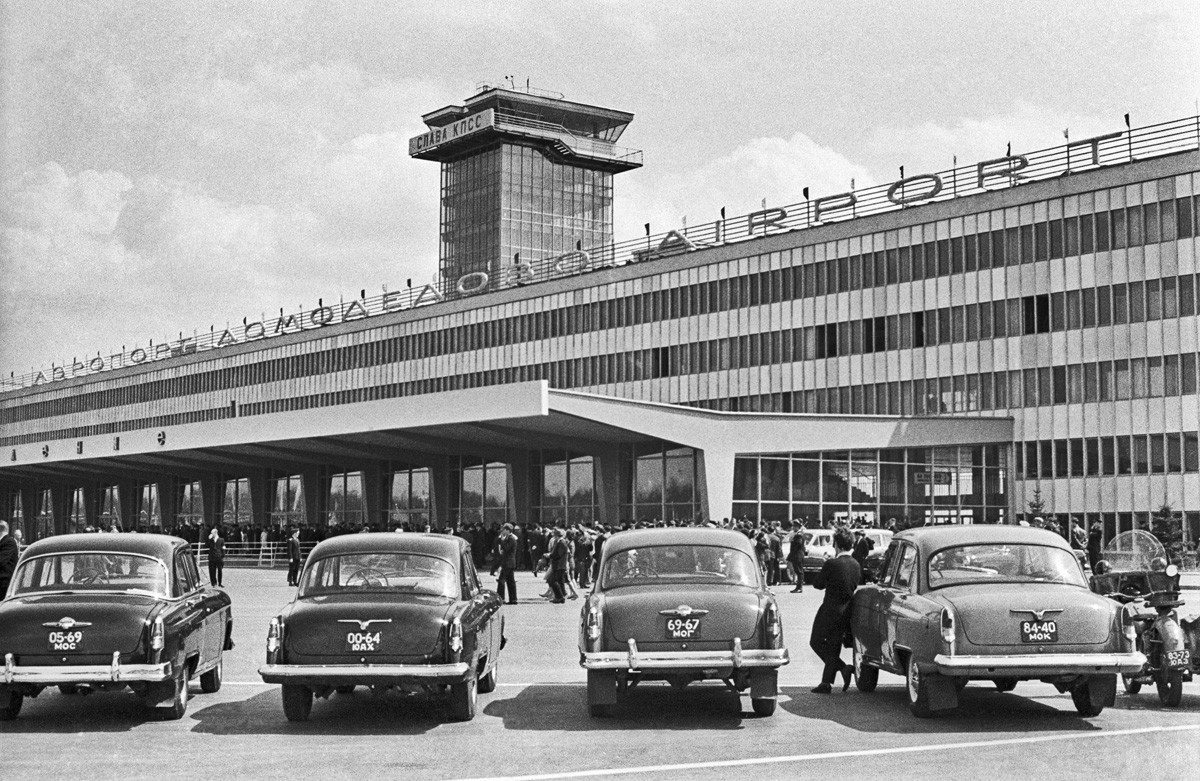 So how much were tickets? The Moscow Passenger Transport directory for 1990 lists the following ticket prices from Moscow: to Sochi, 31 rubles (about 3,400 in present-day rubles, or $50), to Leningrad, 18 rubles (1,900 rubles, or $29), to Vladivostok, 134 rubles (14,600 rubles or $220). These prices are quite comparable with today's air fares, but one should bear in mind that the average monthly salary of a specialist in the USSR was 170 rubles, so far from everybody could afford to fly. That said, flights within regions or between regional centers were much more affordable. 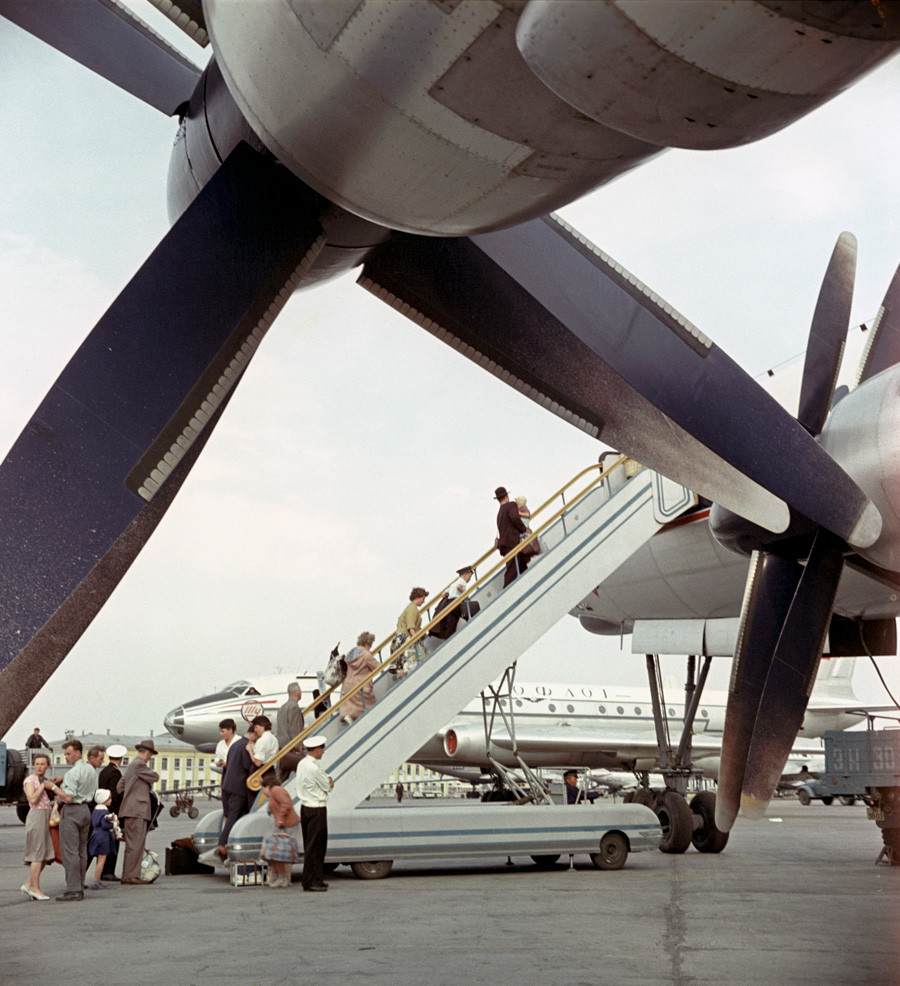 The ticket price included meals (that were served on real china plates) and a baggage allowance. Each passenger could check in 20 kg for free, plus carry-on luggage. On small aircraft, like the An-2, and helicopters, luggage was limited to 10 kg. 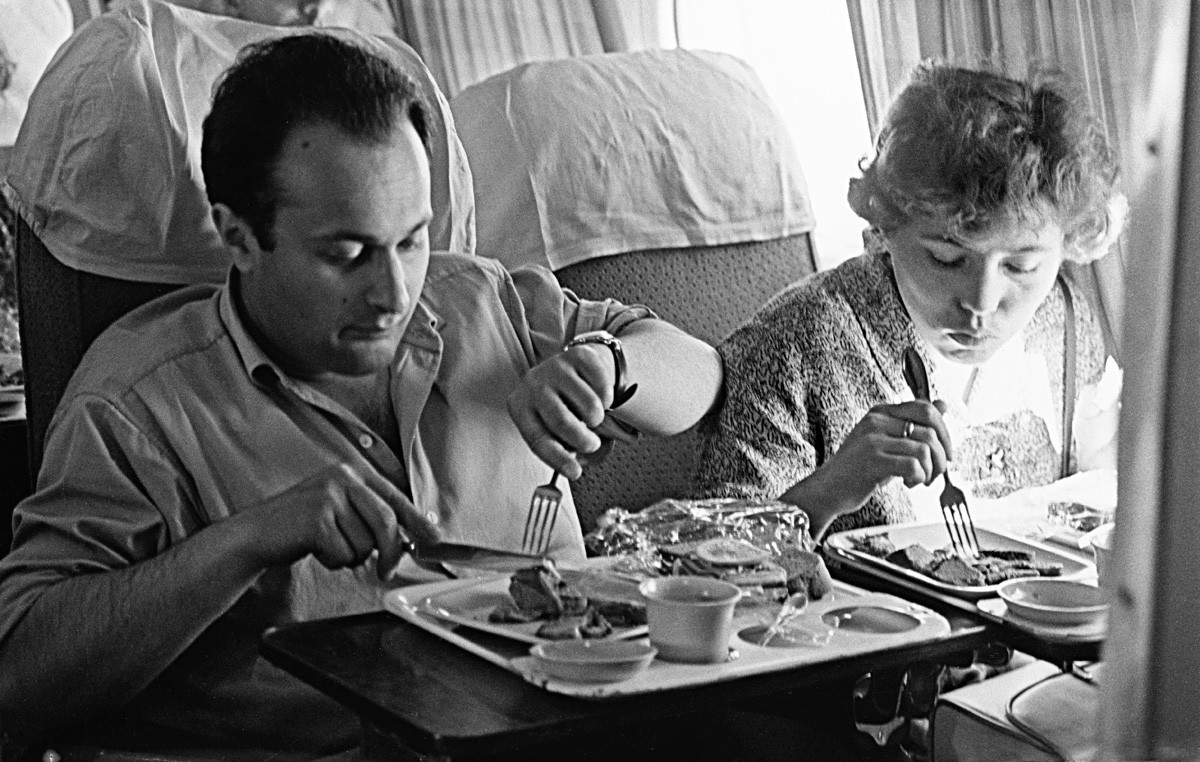 Passengers dine on board Tu-104, the first Soviet passenger jet.

Children under 5 could travel for free, while those aged between 5 and 12 were entitled to a 50 percent discount. During the academic year, from October to May, the same discount applied to all schoolchildren and students. All prices were fixed. War veterans were entitled to free air tickets twice a year.

A flight attendant serves passengers on board a Tu-104 aircraft in 1958: 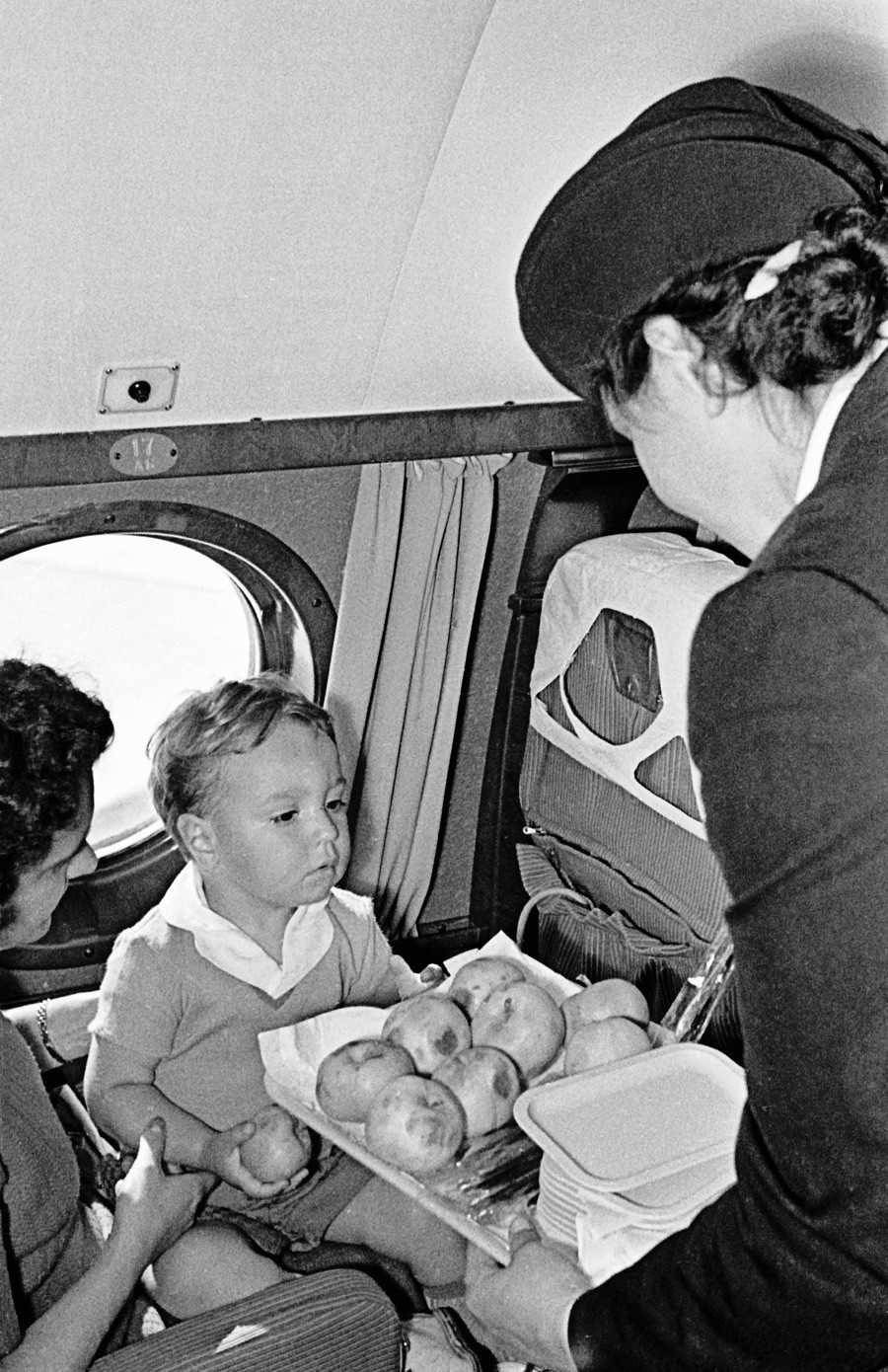 Tickets were sold at special air travel terminals. Getting a ticket to a popular destination like Anapa or Sochi was not always easy. 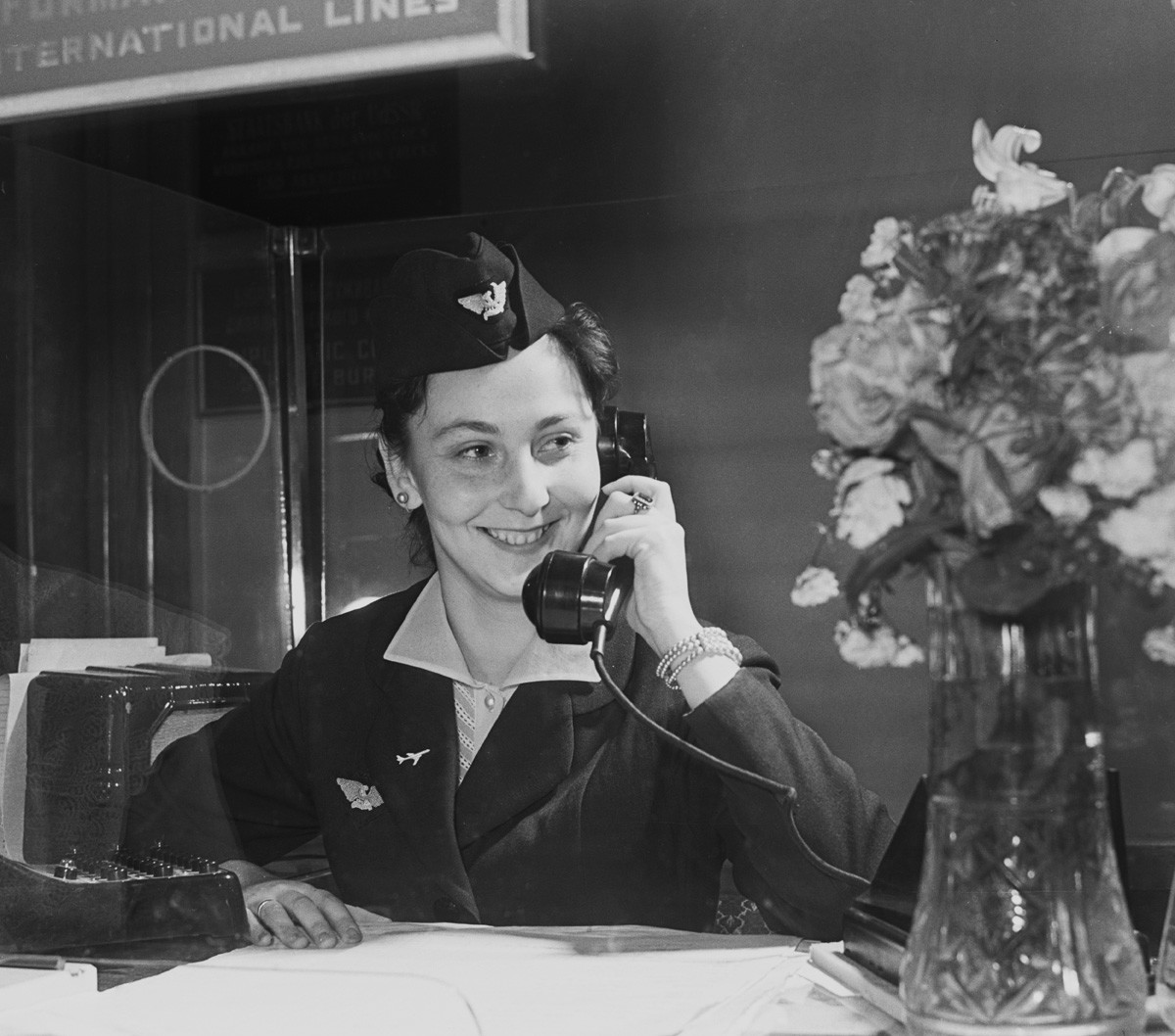 An interesting fact: until the 1970s, plane tickets could be bought without a passport – they were not issued with a particular name. Passengers were only required to produce an ID when checking in at the airport. 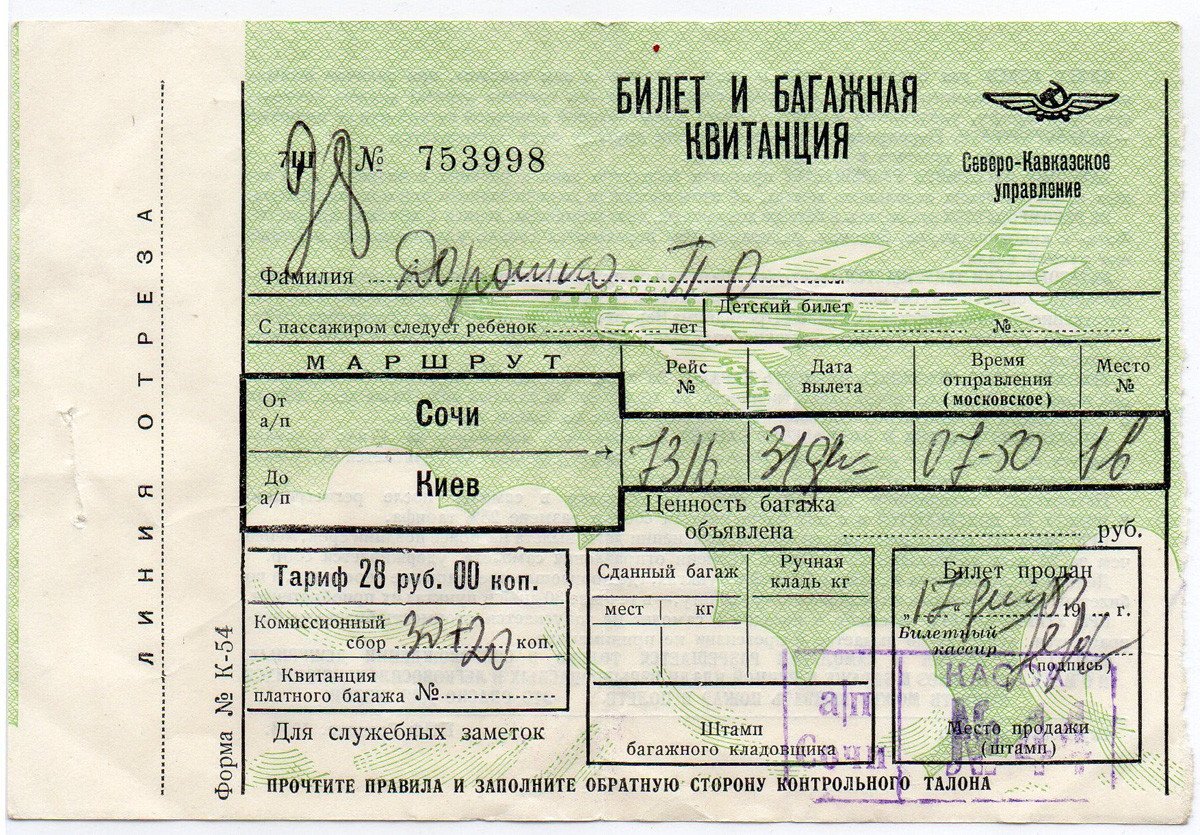 In Moscow, check-in could be done both at the airport and at the air travel terminal onLeningradsky Prospekt (Leningradsky Avenue) in Moscow. Inside, it looked like a regular airport terminal, except that there were no planes. From there, special express buses transported registered passengers to the relevant airports. In those days, there were few cars in Moscow and the journey only took an hour and cost less than 1 ruble (100 present-day rubles, or $1.5). Similar buses ran between the city's four airports for transit passengers, offering a very convenient and fast service. 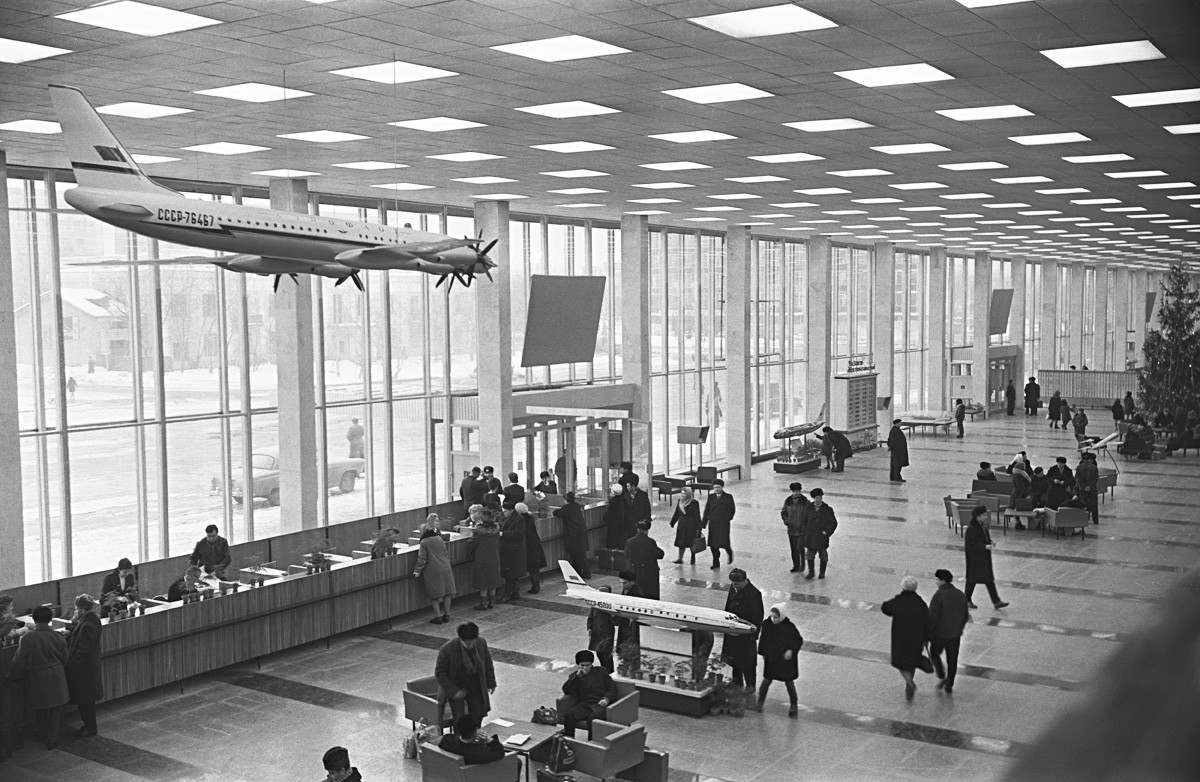 Incidentally, although the Soviet Union had regular international flights (to the U.S., Europe, and Asia), an ordinary citizen could not buy a ticket for these flights. In Soviet times, only a few people who had exit visas could travel abroad. 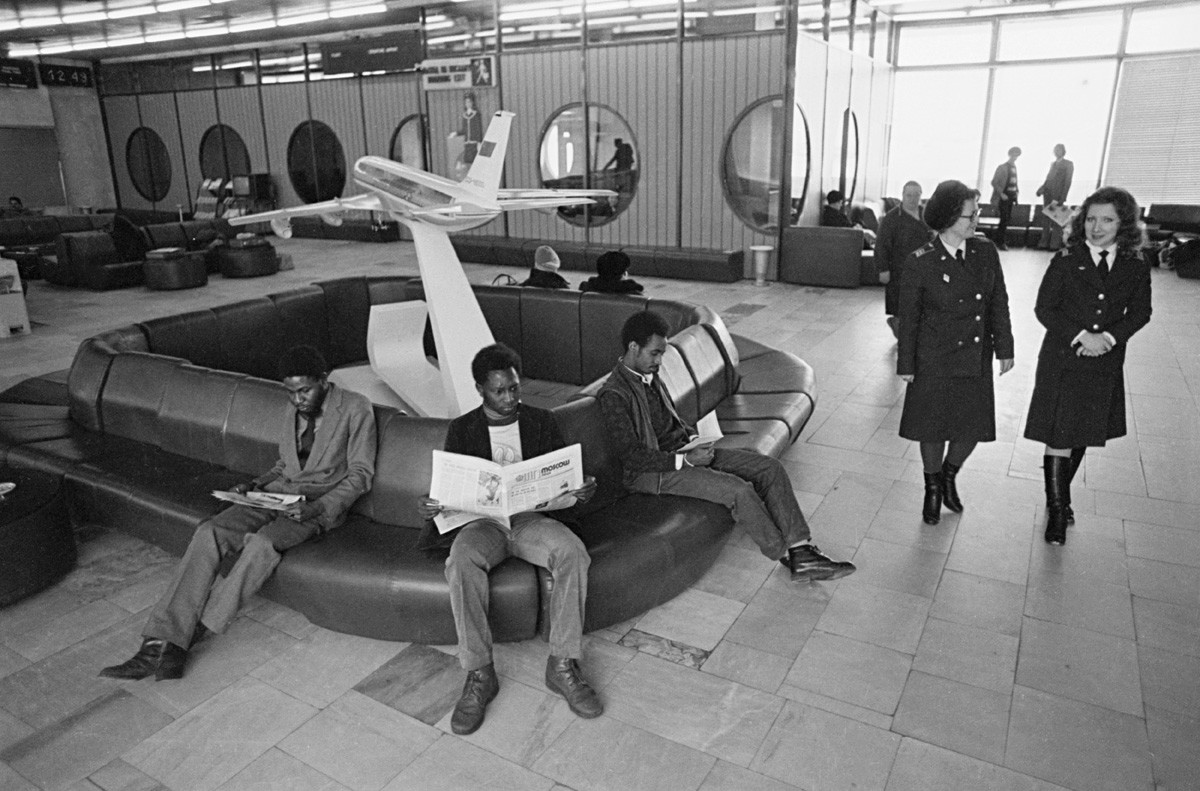 So, who was allowed to fly on those flights? Cultural figures, officials, athletes, and of course, foreign tourist groups. If on domestic flights, there was no division into different classes of service however on international routes Aeroflot did try to meet the best of western standards. 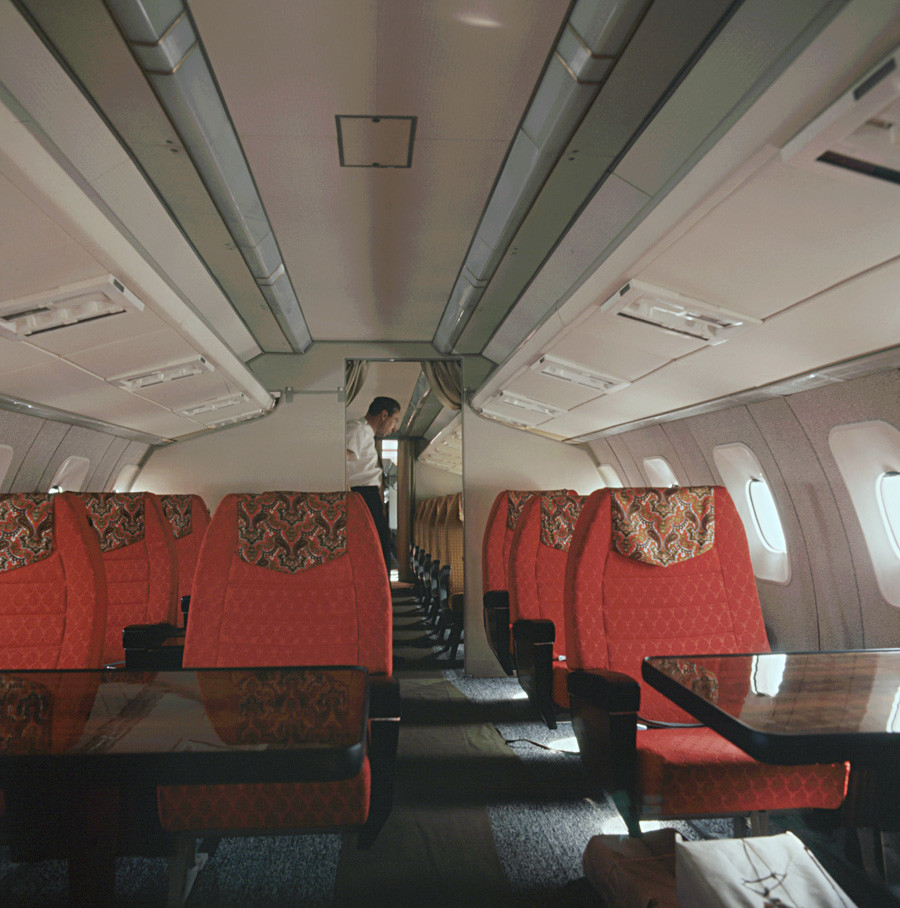 By 1990, Aeroflot was already transporting more than 140 million passengers annually. By that time, the country had some 1,500 airfields, mostly in the regions. Incidentally, there are less than 300 of them remaining nowadays. 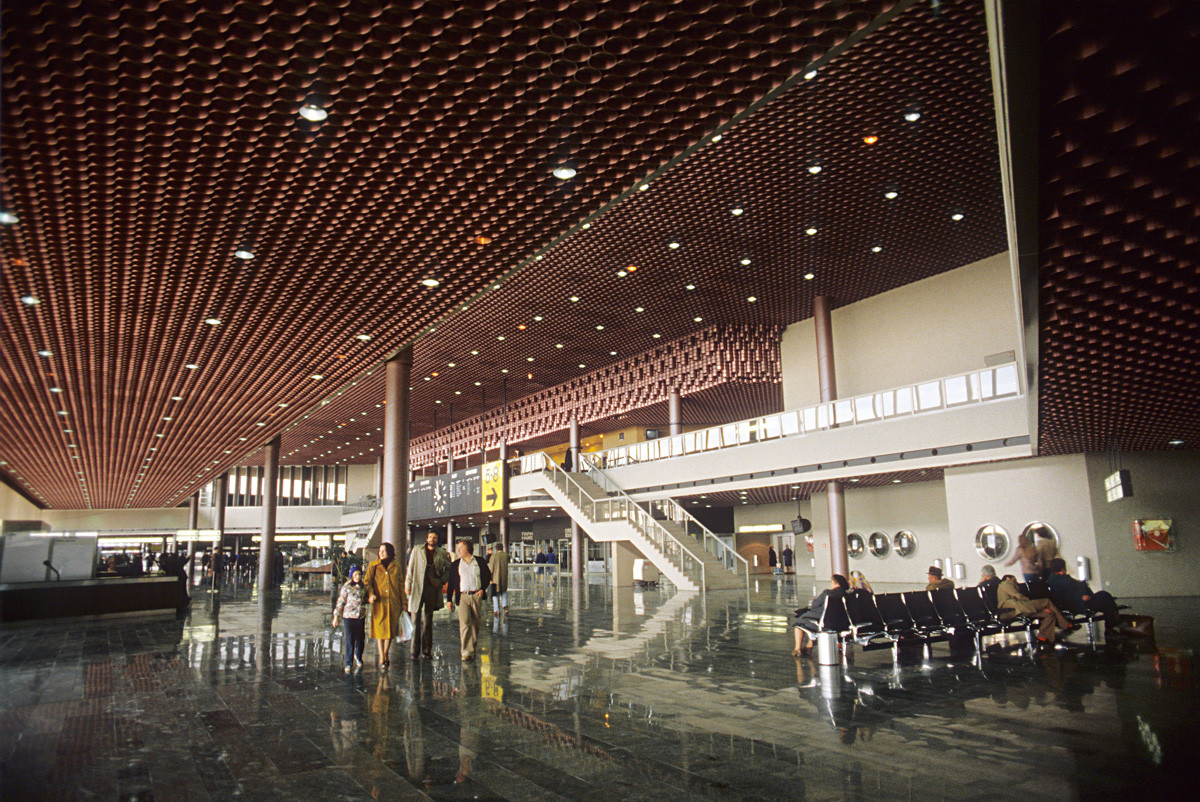