The horrors of Russian gymnasiums of the Tsarist era

Math class in the female gymnasium in the city of Serpukhov.

TASS
Beatings, solitary confinement, respect enforced with savage punishment… gymnasiums in the Russian Empire were hell on Earth for children. Despite all that, you would have to come from privilege to be taught at all in that day and age.

“Dear Lord! It all seemed so horrible!” – those are the words of playwright Sergey Aksakov (1791-1859), a noble, like all other educated children from those times. In his memoirs Aksakov diligently outlines the horrors of his first impressions from the Kazan gymnasium: the constant cold in the rooms, the waking before sunrise, the physical abuse, quarrels and fights in lines for the bathrooms, the marching to prayer and the horrible food. 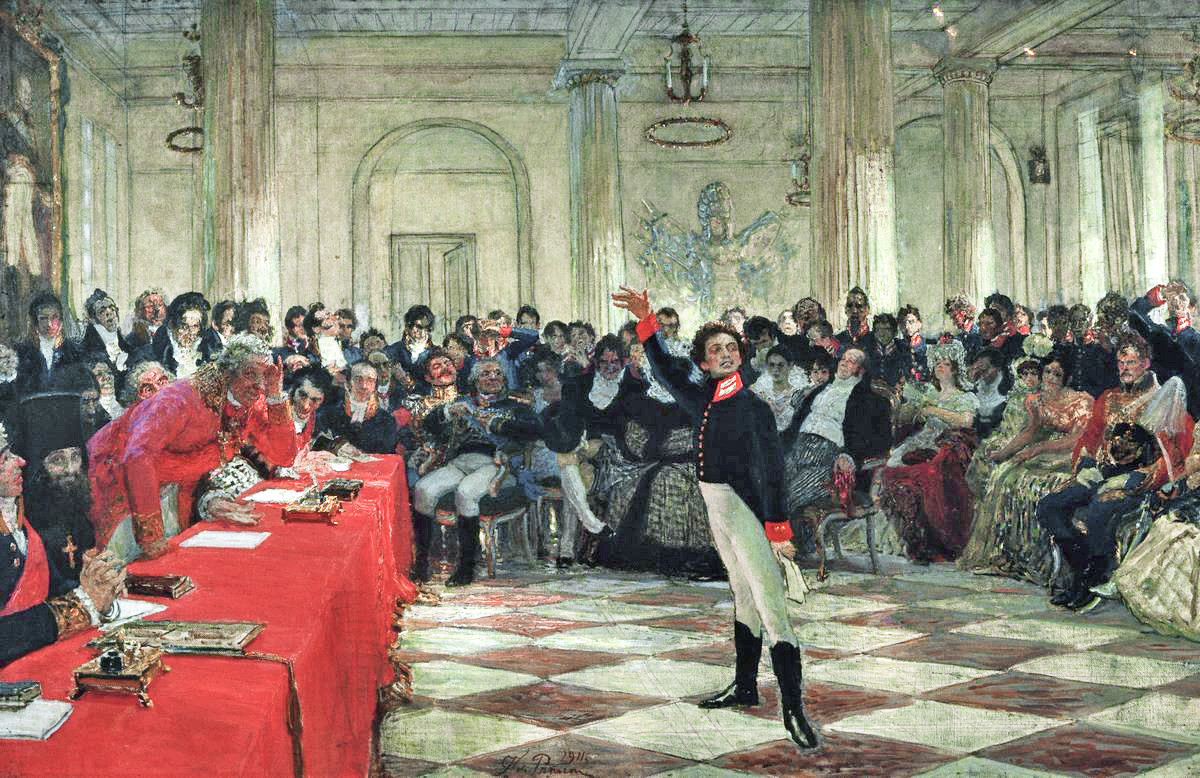 Sadly for Aksakov, gymnasiums had only started to become softer on children slightly after his time, toward the start of the 20th century. But Russia had been such a tough place for the vast majority of its population that being a carrier of a noble name like Aksakov’s would have rendered you one of a very few to be eligible for the education in Tsarist Russia. 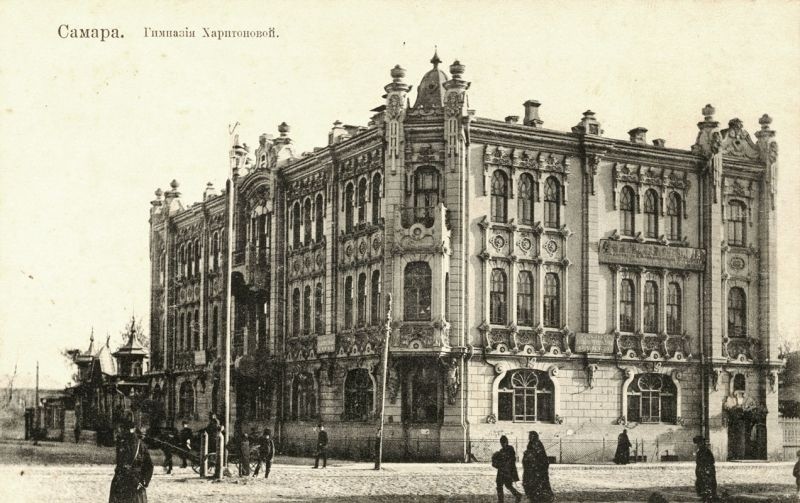 A gymnasium in the city of Samara, late 19th - early 20th century.

Reforms promising education for all did not hit Russia until after the Bolshevik Revolution of 1917. The period of the Empire - starting from Peter the Great – was one of rampant illiteracy for amongst the vast majority of the population. Two-thirds couldn’t read or write, according to an 1897 census.

The bourgeoisie, nobility and various influential families and members of the urban intelligentsia were the only ones allowed to send their children to the most prestigious institution of the day - the seven-year gymnasium. For the rest, there were the Zemstvo schools and regular lyceums. And the gymnasium was de-facto the only path to enrolling at university, so the rest simply lucked out. 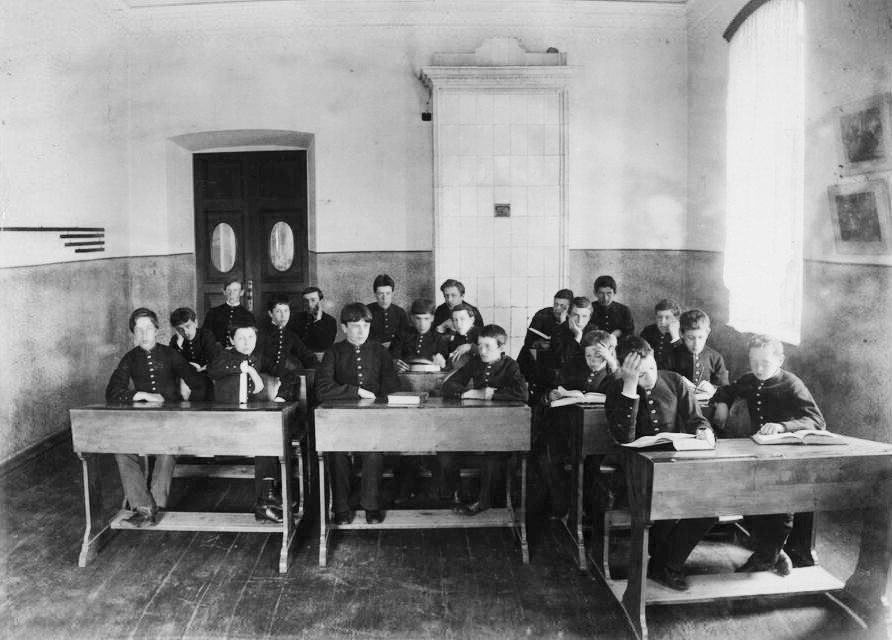 A regular gymnasium in the city of Tyumen.

Room and board for one year were 25 rubles - a monthly salary of a worker. However, that still wasn’t too bad: “the authorities started discussions on raising the board to make it impossible for those from the poorer classes to ensure their children’s entrance into the more affluent strata of society,” writes historian Alexey Lyubzhin. They even circulated a memo in 1887 (annulled 13 years later), aptly referred to as ‘the memo on cooks’ children’, stipulating that no children from poorer families were to be accepted. The government was afraid that children from poorer strata – but educated – would grow up to be revolutionaries and bring the whole system down. Of course, their fears turned out to be entirely justified! 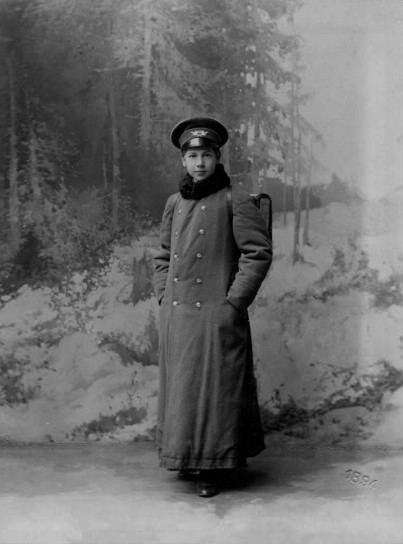 A portrait of a gymnasium student, 1894.

Physical abuse and bodily harm were commonplace, especially in the first half of the 19th century. Beating a child with rods was very popular. Author Pavel Zasodimsky would later write: “The rod beatings will forever remain one of the darkest pages in our gymnasium’s history. Not one balanced child would ever emerge from that flock. All who were fiercely beaten like animals turned into drunkards, perverts and losers.”

Rods as a form of punishment would only be outlawed in an 1864 law. Something to note here: when that suggestion was circulated to British and German colleagues, they frowned on the idea, believing that outlawing corporal punishment constituted a grave error. This had made the Russian system the most humane in all of Europe for a time. 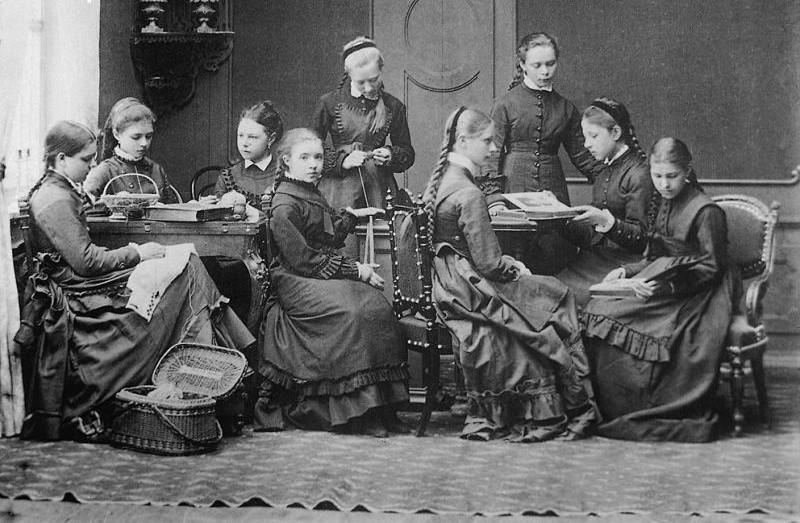 Another type of punishment enjoying a considerable degree of popularity was solitary confinement. That was reserved for especially harsh crimes, such as fighting or attempting to smuggle tobacco onto school grounds. The offending child would be placed in a windowless room where they’d spend anywhere from five to 16 hours.

Uniforms were to be worn at all times, their “sanctity” upheld even during free hours.

For girls (who, of course, were enrolled into separate institutions), life was no sweeter. “The girls were forbidden from leaving campus grounds after 8, sitting on benches near shops, visiting the pictures and attending any manner of celebratory evenings at the military club,” writes historian Valery Kruzhinov. Needless to say, you needed a teacher’s note for just about everything, including trips to the theatre. 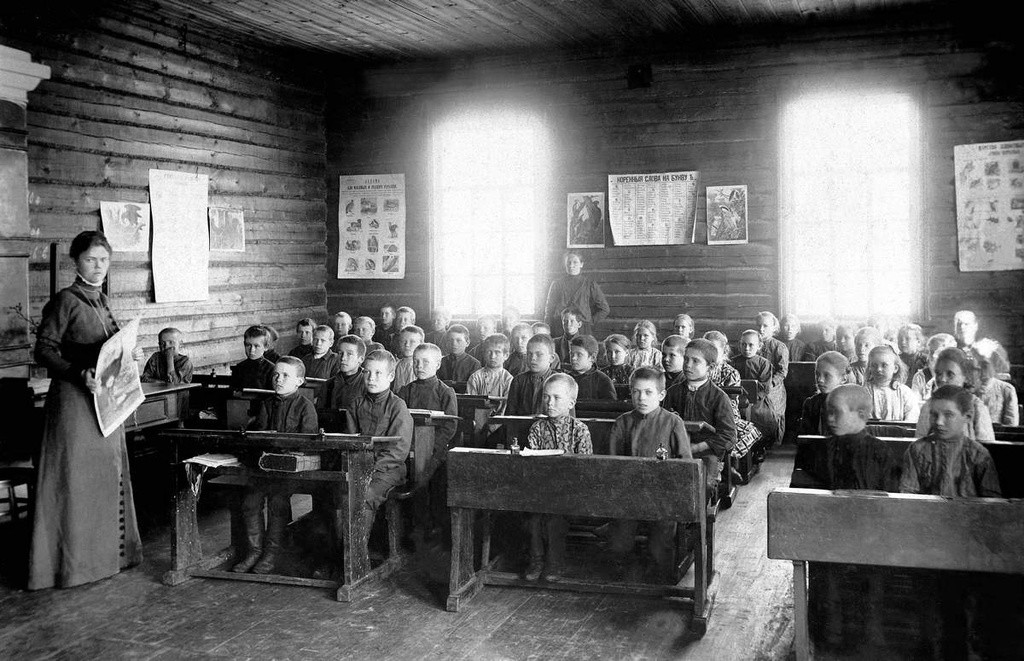 Faith in God and the Emperor were of paramount importance for anyone enrolled in the institutions. “God, save the Tsar!” was performed at the start of every day, and Bible readings and classes were, of course, a basic requirement of gymnasium life. “God’s law wasn’t just there for aesthetic purposes – but ideological ones as well,” Kruzhinov writes.

It’s very interesting to note here that the gymnasiums exhibited free multi-confessionalism: your religious tutor was assigned to you based on your religion, which needn’t have been Christianity, according to an 1829 law. But the tedious memorization of passages in Latin was mandatory for everyone. 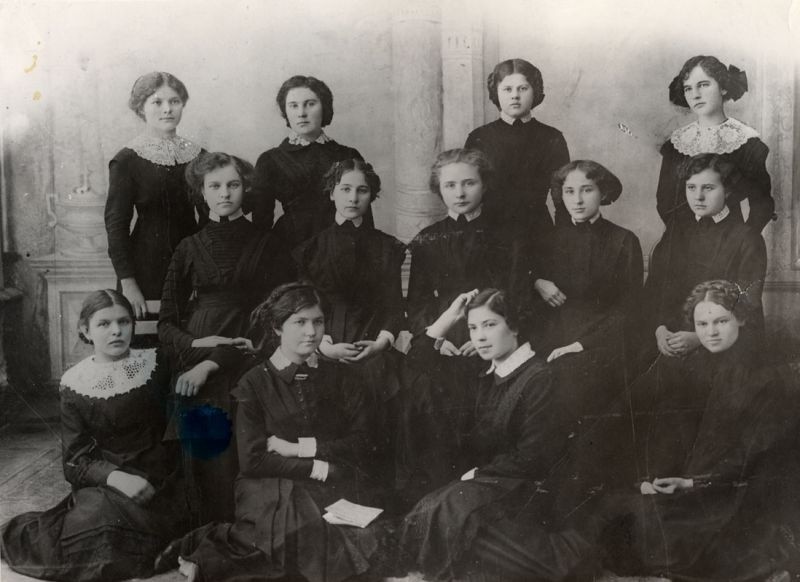 Students of the female gymnasium in Kasimov, 1910.

The classical gymnasium was “classical” for a reason: it devoted much of its time to the study of classical culture and noble languages – Latin and Greek. But while the latter was eventually subject to choice, the “dry and dead subject” of Latin had remained mandatory, according to historian Dmitry Zasosov.

As you might have surmised, the system was unstable. Latin was universally hated by all, and ‘God’s word’ was also increasingly being approached with a healthy dose of skepticism. According to Andrey Shevelev, “while being a God-fearing student was considered an honor in early 19th century, finding any excuse to ditch Church service or skip the fast was increasingly considered a noble feat in the latter half.” The result was that – by the time the country was ripe for upheaval, a large portion of these upper-class products of Tsarist education had actually found themselves siding with the Bolsheviks.