What is education in Russia like? A U.S. teacher investigates 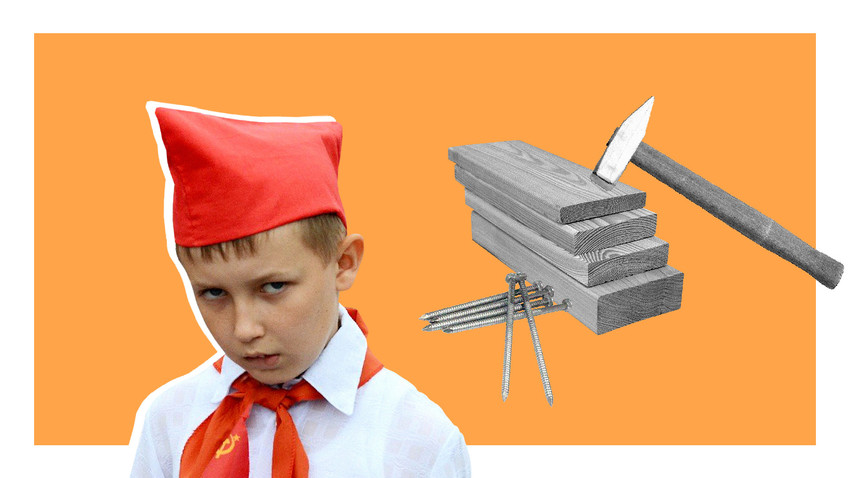 Natalya Nosova
Benjamin Davis, who lives in St. Petersburg, spoke to Russians about their school experiences and gives his own impressions of teaching here.

A truck arrives at your house. A couple you’ve never met before open the back and begin unloading stacks of broken wood, cracked tiles, dried out plaster, bent nails, stripped screws, used electrical wiring, dented sheets of metal, and a hammer made of hopes and dreams. They say, “Build us a house!”

You do your best. For years, you continue in this Kafkaesque nightmare, more people come with more supplies. You fight fires and floods and you build house after house after house. No one thanks you and most of what you build is shipped away unfinished into the scrapyard of life.

This is what it’s like to be a teacher. Except that, lest we forget, you’re also in a grotesque fairy-tale where planks of wood and strips of sheet-metal have mouths that often bite and sometimes tell you to fuck yourself.

If that seems dreary, try to remember what it felt like to be a pile of stripped screws, bent nails, and scrapped lumber.

‘Sometimes they throw puberty at you’

I’ve taught many Russian students over the years, both in and out of a classroom. In this time, I’ve learned one thing: they are just like students all over the world: they are intelligent and funny and hardworking and yes, sometimes they throw puberty at you.

When I reached out to Russians to discuss their education, I found a genuine concern and a great deal of passion. I expected anecdotes, petty complaints, and conflicting ideologies. What I received was a series of very consistent constructive ideas on where the Russian education system has gone wrong that are well worth ruminating over:

Curriculums are focused more on math and science than on humanities

Despite having one of the highest literacy rates in the world, (~100% compared to the U.S. ~86%) Some of the Russians I spoke to criticize their education system for not focusing enough on humanities:

“About the education system itself I think we have more deep learning in exact sciences (physics, biology, and chemistry are separated) so it explains why there are a lot of Russian hackers and mathematicians.” – Zoe, current high school student in Russia.

“Humanities in general are considered to be the despicable fate of those who are incompetent of doing math and physics. Thus, the technical subjects would be superior, while humanities would serve as leftovers.” – Ulia, graduated from high school in 2015. 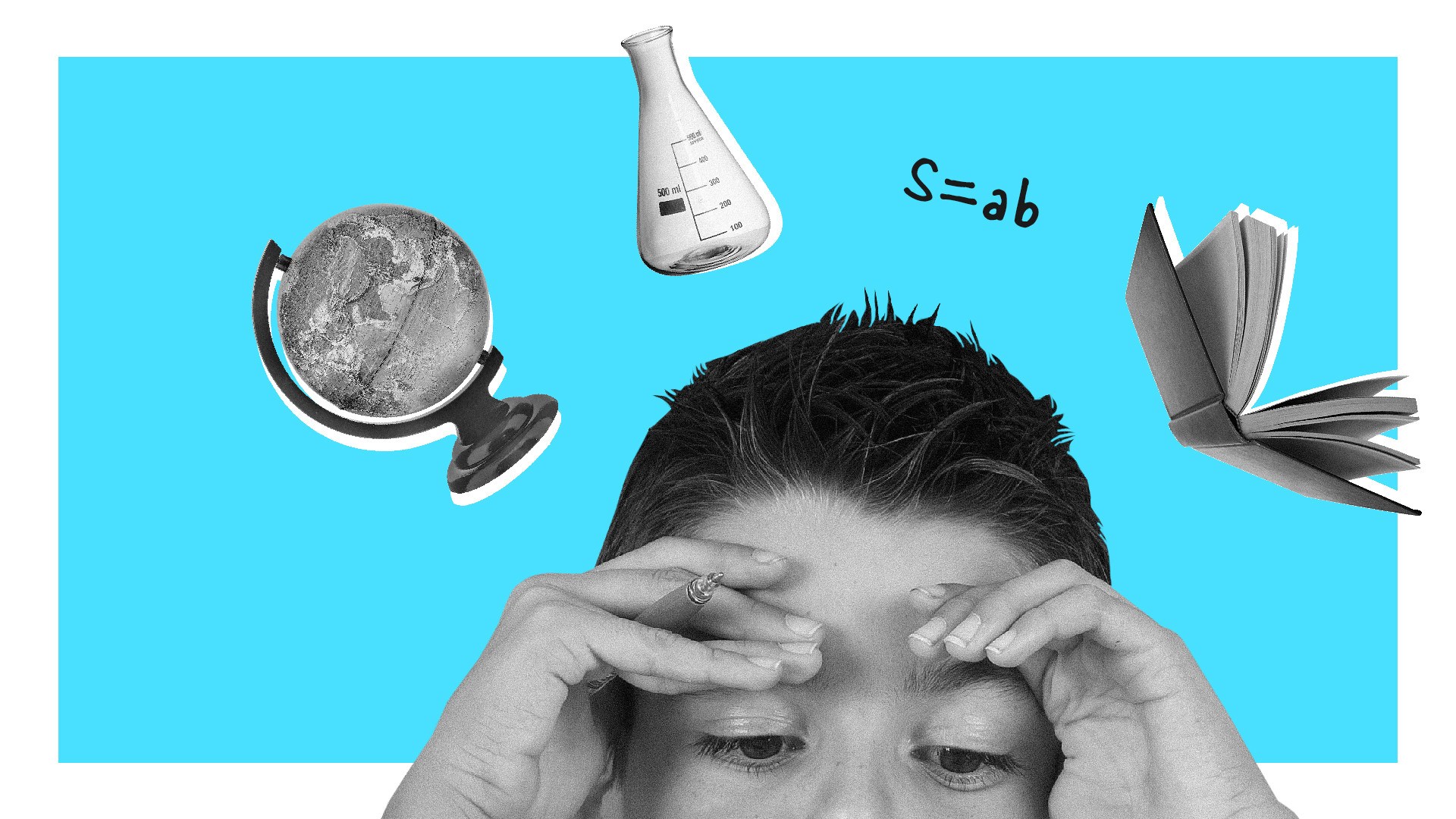 However, not everyone agrees. One highschool biology teacher has found that students are much more likely to excel in history over math and science:

“Most students do not know biology, chemistry, or physics very well. I am preparing some of them for exams, so I know firsthand. Meanwhile, judging by my experiences with Russian students, they're better in history. It's hard to say on what Russian schools focus. School in the USSR were good in math and geography, but now there are too many old teachers who have problems with computers and the internet. On the other hand, there are some really good schools in cities.” – Evgeny, highschool biology teacher in Russia.

There’s a lack of critical thinking and personal expression:

When I was in high school critical thinking was lauded as an essential aspect of education. I was taught to think and be critical of everything; except my teachers, the textbook, my homework, the school, my parents, the principal – it was most important to be critical of authority that was very far away, or dead.

“Compared with my experience with American universities (I know some people who teach students) — on subjects like social studies, history, etc. we almost never wrote papers that were aimed at expressing our thinking, and Americans do it all the time. We were, like, “This scholar wrote that…,” and here you effectively summarize their opus magnum, or “There are two approaches to this problem: first, …, and as opposed to this, there’s another view...” Very rarely it was required that a student actually expresses their own stance and argue it.” – Nadja, studied in Russia in the early 2000s.

READ MORE: What were Russian kids in the 20th century told about sex?

“Russian education does not seem to facilitate personal or professional development of a child, but rather holds an ambition of bluntly transitioning the facts written in a Soviet textbook into a student’s head…The complete absence of critical thinking is probably the most obvious problem in Russian schools. We are taught what to think, not how to think, which is exactly the opposite of what education should be about.” – Ulia, graduated from high school in 2015.

“Trying to teach you how to think critically is a rare thing, even if a teacher is a young enlightened person, he/she cannot do anything with that due to the staff and curriculum. Trying to make some real sense is a straight path to being fired. So, yeah, the educational system is outdated, it doesn't do its work as it did in the USSR, times have changed.” – Denis, taught biology to Russian students in Grades 5 and 9.

“In Russian high school you generally can’t pick subjects and make up your own schedule. You have a fixed schedule, with different subjects every day, you have a paper school diary where you write that schedule and write down your homework assignments… In the U.S., I could pick any subjects that I like, as long as combined they give you at least the minimum amount of credit required to pass the term. I liked this approach: I picked AP calculus and AP physics because I liked math, and I didn’t have to torture through chemistry or biology or art or any other subject I find excruciatingly boring.” – Ilya, studied in USA and Russia.

“In my time, Russian school education had little to no subjects by choice, and you had to complete bare minimum courses in math, physics, chemistry, astronomy, and other stuff that you may or may not need. That seems like a waste of time and effort for vertical education evangelists, but actually this basis provides you a better catch-all foundation for broad horizons, system thinking and teaches you to see connections between things.” – Nadja, studied in Russia in the early 2000s.

“The last but not the least – the attitude. The teacher is always right. They can easily call a student an idiot, an imbecile, an incompetent nobody – that is common practice. The children are shown that they can be treated like shit by the more powerful others and do nothing about it. Of course, there are great teachers with true love for education and children, but they are more likely to be an exception rather than the norm. Education is our past, present, and most importantly, our future. It demands a drastic transition.” – Ulia, graduated from high school in 2015. 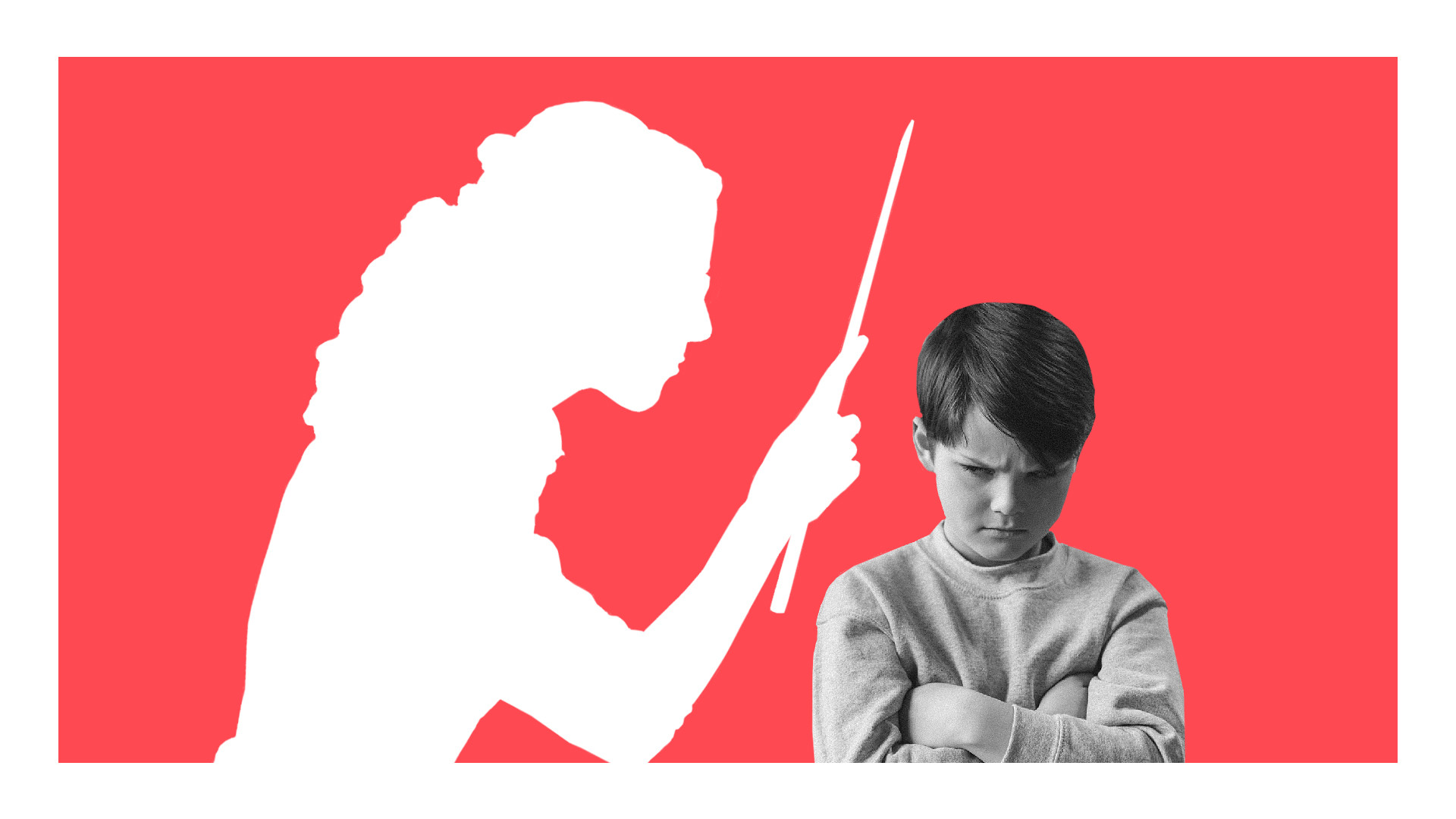 “Well, it's more about respect as you said, not discipline. Quite often teachers (usually ones from the Soviet era) are really conservative like Putin is the only true leader, women have to care more about the family than the career and stuff, and it’s hard to find the line between respectful disagreement and being a moron.” – Zoe, current highschool student in Russia.

“If we talk about the learning process itself, then in the West the teacher tries to be a friend and person, then in the Russian school teachers are often fenced off from students by the severity and the need to complete tasks.” – Nika, University Student Studying Technology.

Many teachers are underpaid and unmotivated

One of the other most consistent comments I received rings true all over the world: if we continue to pay teachers below-par salaries, future generations will suffer.

“But, the one big ‘but,’ is the salary. Teachers, such important people in people’s lives, still get low salaries. It's just barely possible to stay positive and spread joy in such conditions for a long time, you know. You just must be created for that to carry on like this long-term.” – Denis, taught biology to Russian students in Grades 5 and 9.

“Teaching is not a well-paid job in Russia, so people who really want to earn money don't work in education. Which means those who stay in education, whether they really like it or just want to torture other people. Unfortunately, those who like teaching can't last long at schools or universities and they leave the field, disappointed.” – Daria, graduated high-school in 2007.

READ MORE: Which Russian universities produce the most billionaires?

It fascinates me that policy makers allocate funds to make schools more high-tech without understanding a simple truth about education: a great teacher can impart far more with a stick and a pile of sand than a bad teacher with all of the iPads in the world.

I’m one of those foolish people who believe that education is the key to solving the world’s problems, but this means money needs to be better spent.

So, here is my wild idea:

Why doesn’t the world spend some of the money it uses to kill each other to compensate compassionate, well-educated teachers who are the only ones who stand a chance at raising a new generation of people who might not want to kill each other as much. Perhaps this would grant the world more parents who admire teachers, rather than think they know better; students who are eager to attend classes and learn, rather than wallow in boredom and resentment; and policy makers who understand the value of a mentor and guide in education, rather than our medley of politicians with their thumbs up their asses.

But what do I know, I graduated from public school.

Benjamin Davis, an American writer living in Russia, explores various topics, from the pointless to the profound, through conversations with Russians. Last time he explored what Russians think of guns. If you have something to say or want Benjamin to explore a particular topic, write us in a comment section below or write us on Facebook.