How the USSR under Zhukov smashed the Japanese in Mongolia 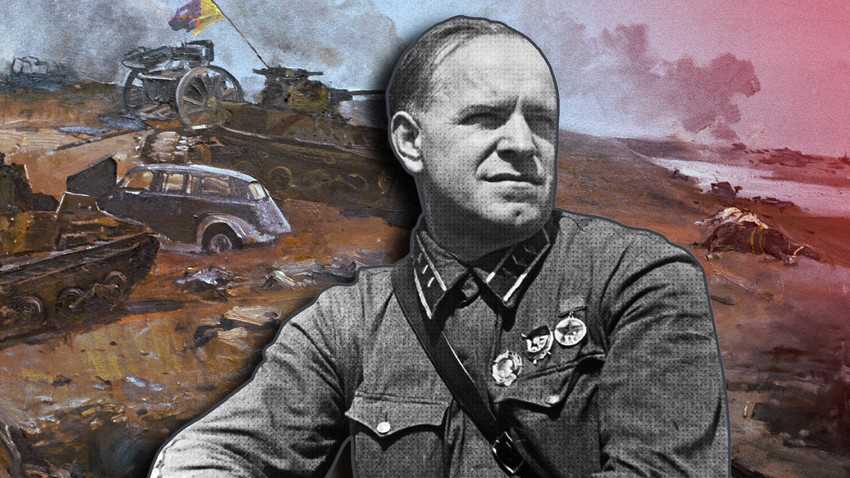 Georgy Zhukov became USSR's national hero during WWII but his first big military success happened in the steppe of Mongolia.

Khomenko, Troshkin/Sputnik
Moscow would have faced tremendous trouble had Tokyo launched an attack and opened a front in the East in 1941. However, after its full-scale military defeat in 1939, Japan decided to steer clear of further messing with the Red Army.

“Each day was the same: the Japanese attack at dawn, and stop only when it gets dark,” recalled Ivan Karpenko, who used to command a machine-gun squad during the Battles of Khalkhyn Gol between the USSR and Japan.

“I don’t recall us capturing any prisoners. We were not taking them. But each day, for an hour, we let them gather their dead, and so they did.”

The Battles of Khalkhyn Gol were strange. On the one hand, for five months (May – September 1939), there was ferocious combat involving tanks and air force in the Far East, resulting in thousands of casualties. On the other hand, neither country officially declared war on the other, and neither fought for its own land.

Nevertheless, this strange conflict was fateful, and shaped the course of World War II to a great extent, convincing Japan not to attack the USSR from the east in 1941. Also, it was in Khalkhyn Gol where Georgy Zhukov, the man who would later lead the Red Army to defeat the Germans, was first acclaimed as a brilliant military leader. 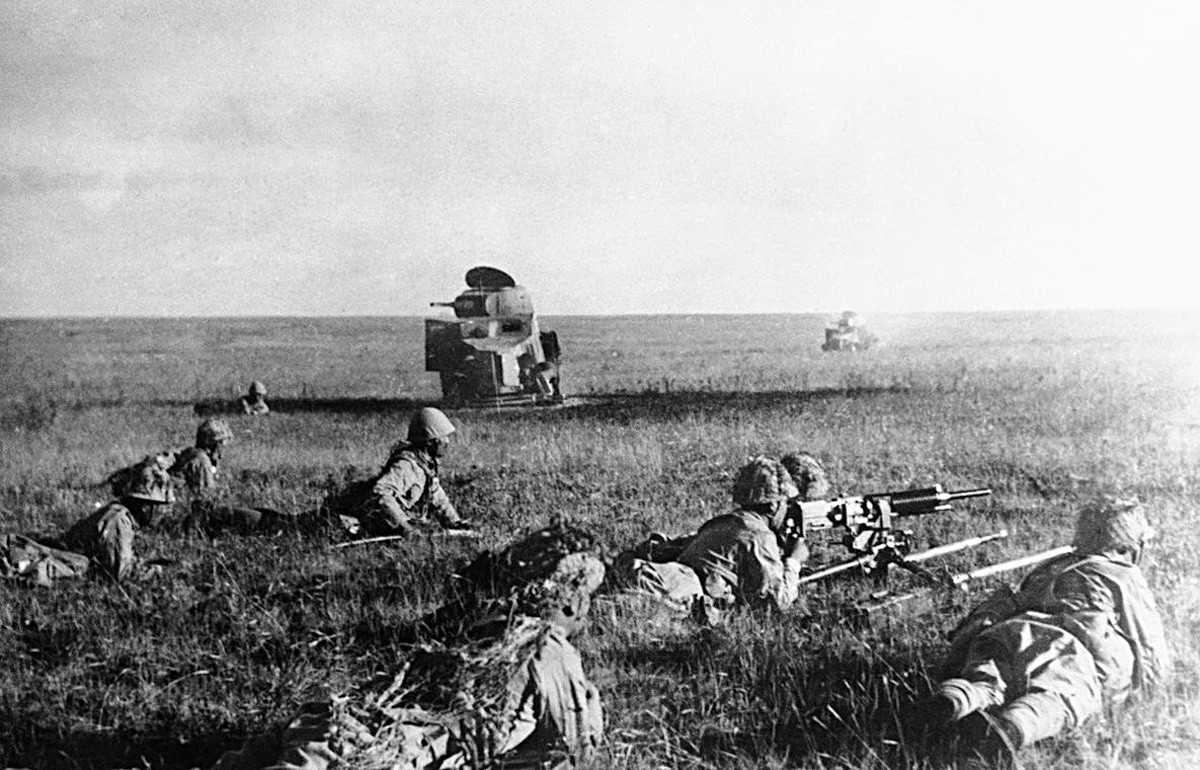 By 1939, the Japanese expanded its empire and sphere of influence much further than their home islands. They occupied Korea and established the puppet state of Manchukuo in Northern China (Manchuria). That meant that Japan had to carefully balance themselves on the brink of a direct clash with the USSR and its ally, communist Mongolia. Moreover, in 1936 Japan sided with Nazi Germany, signing the Anti-Comintern Pact, which was directed against the USSR. This meant that Soviet-Japanese relations went from bad to worse.

In 1938, the two parties clashed on the open battlefield for the first time – near Lake Khasan, on the Soviet-Manchurian border. The USSR prevailed. A year later, the Kwantung Army made another attempt – this time, attacking Mongolia. 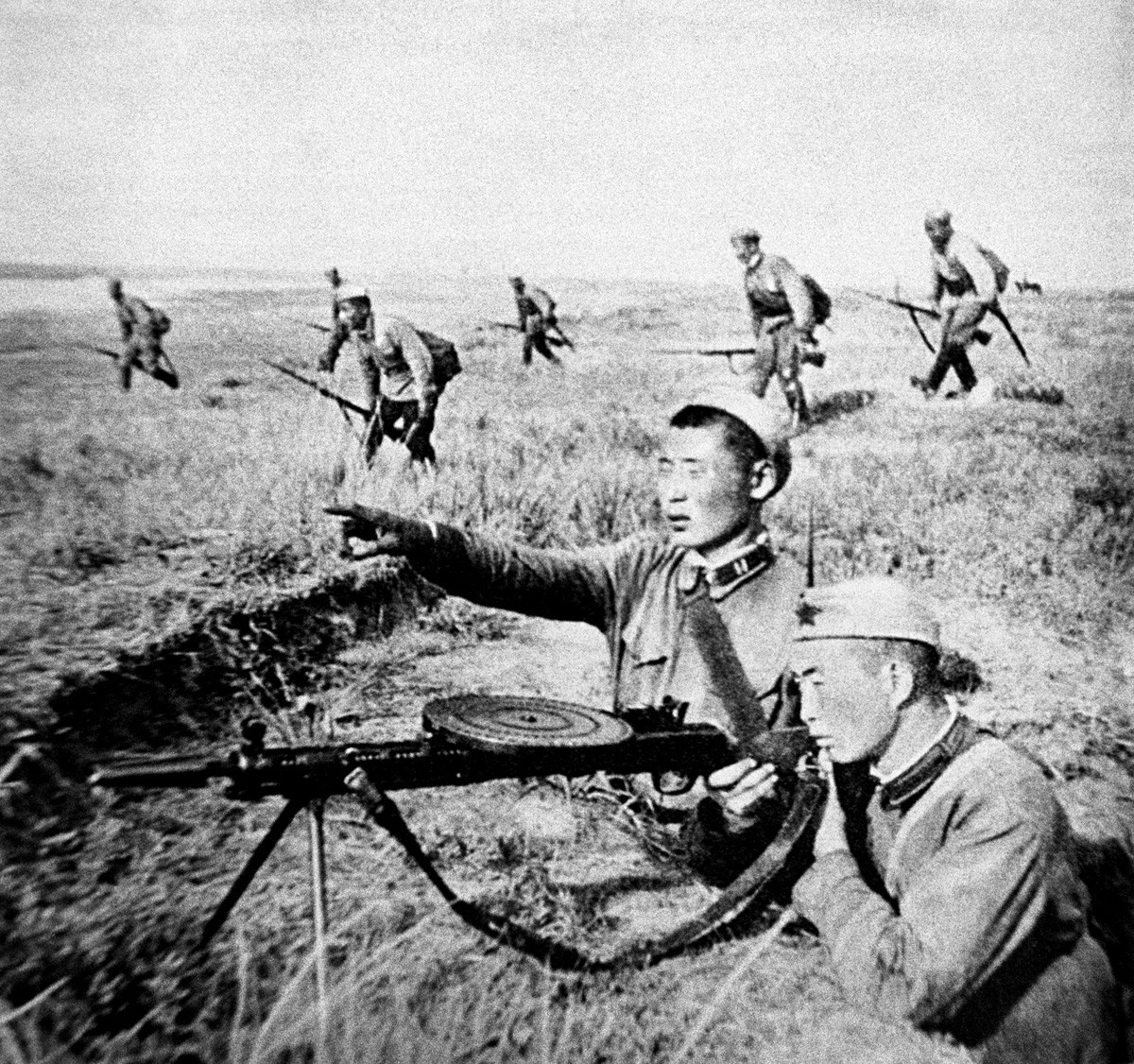 Khalkhyn Gol is a river in Mongolia which, according to the Japanese, should have been the border of Mongolia and Manchukuo, while Mongolia (and its powerful ally, the USSR) insisted that the border was several miles eastward of the river.

“In 1938, the Japanese sent an officer to the disputed area who reported… that the border lies in the Khalkhyn Gol,” Japanese historian Koto Kasakhara told Lenta.ru, adding that the whole incident could have been a huge misunderstanding.

Meanwhile, Soviet and Russian historians are sure that the conflict had nothing to do with cartography, and that the “misunderstanding” was just a pretext for more Japanese expansion.

Battle in the middle of nowhere 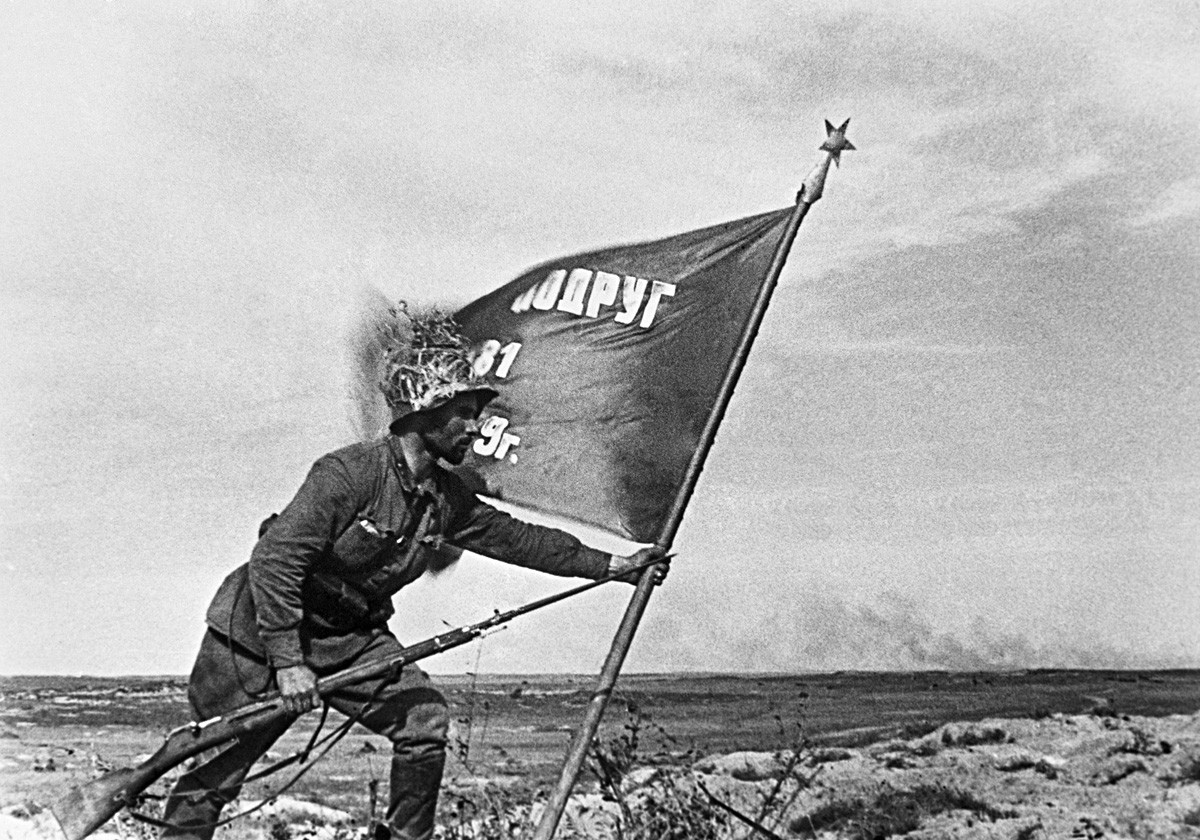 Soviet officer planting down a standard in Remizovа Mound (the place of the most severe fighting) during the Battle of Khalkhyn Gol.

Japanese soldiers, acting together with the Manchurian army, advanced to the territory held by Mongolia in May 1939, facing almost no resistance. The Mongols and, far more importantly, the Soviets needed time to concentrate their forces and strike back. The place where the two powers would clash was far from Soviet military bases, so initially, there were problems with logistics and transportation.

The battles weren’t a huge success for the USSR’s 57th Army Corps. deployed in Mongolia; when the conflict broke out (May-June): the Japanese Air Force fighters dominated the skies and Soviet forces were poorly organized to repel these attacks. 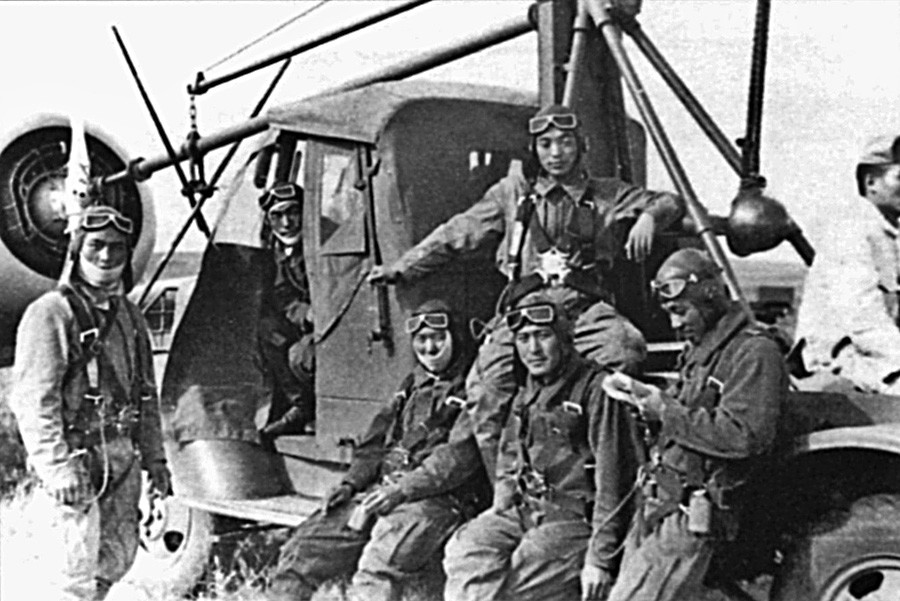 “Khalkhyn Gol highlighted many weaknesses of the Red Army. The soldiers were not prepared for the battle: they lacked the experience of close combat, and as a result, it was easy to disperse them,” historian Valery Vartanov says. The Soviets also had trouble coordinating their movements: decisions were taken in Moscow which was 6,000 km away in the west. 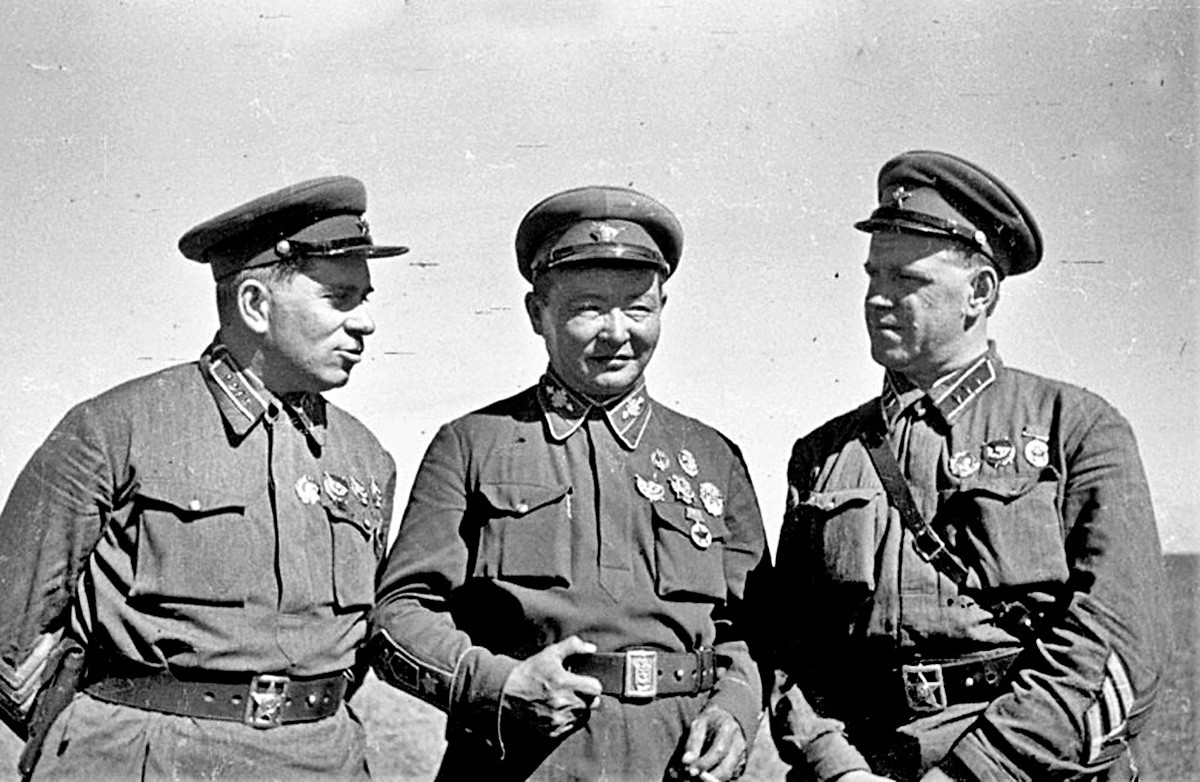 Grigory Stern, Marshal of the Mongolian People's Republic Choibalsan and Georgy Zhukov at the command post.

To change the game, Joseph Stalin put the right men in charge: General Grigory Stern, who provided all the necessary infrastructure to deliver supplies and reinforcements to the front lines (requiring 4,000 vehicles that had to go 800 kilometers to the nearest Soviet bases); Commander of the Soviet Air Forces Yakov Smushkevich, who, along with experienced pilots, quickly taught the new pilots of the 57th Army Corps how to fight the Japanese in the air; and General Georgy Zhukov, who took over overall command.

Even after becoming a national hero for defeating the Nazis in World War II, Zhukov later remembered the importance of Khalkhyn Gol: “I still love that operation.” 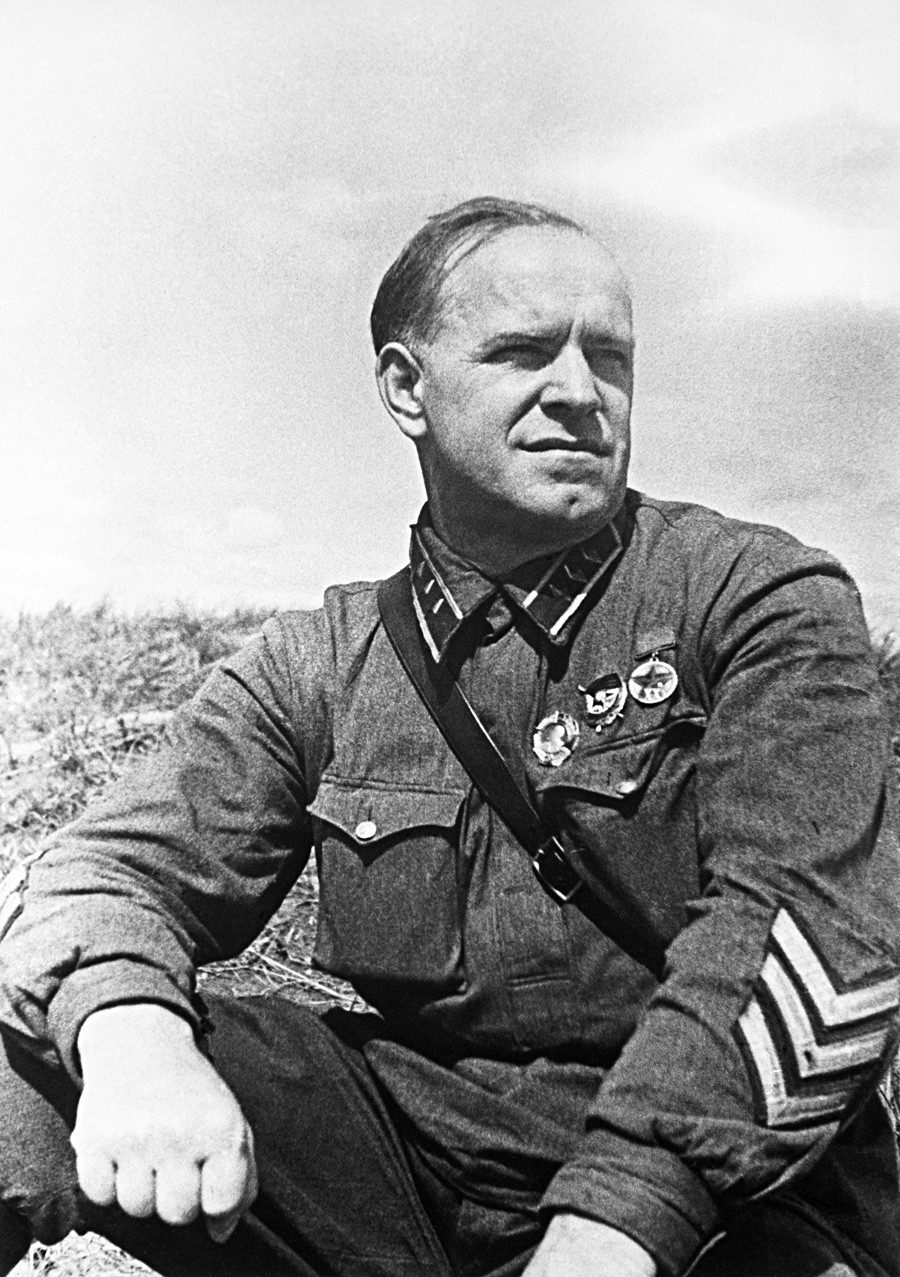 His approach was risky and controversial. For instance, when the Japanese crossed the river on July 2 and the Soviets faced the threat of being surrounded, Zhukov ordered a rapid attack by the 11th tank brigade, without any backup. While 70% of Soviet tanks were destroyed, they fulfilled their task, pushing the enemy back across the other side of the river.  In August, the Soviets went on a counter-offensive.

By that time there were 57,000 Soviet and 75,000 Japanese men involved in the battle, according to war historian Alexander Shishov. The battles were harsh and merciless – the Japanese fought bravely and almost never surrendered, committing suicide instead. But Zhukov’s tactics, as well as supremacy in tanks and planes, helped the Soviets prevail. By September 4, the Japanese 6th army was completely defeated and forced back to the original border. 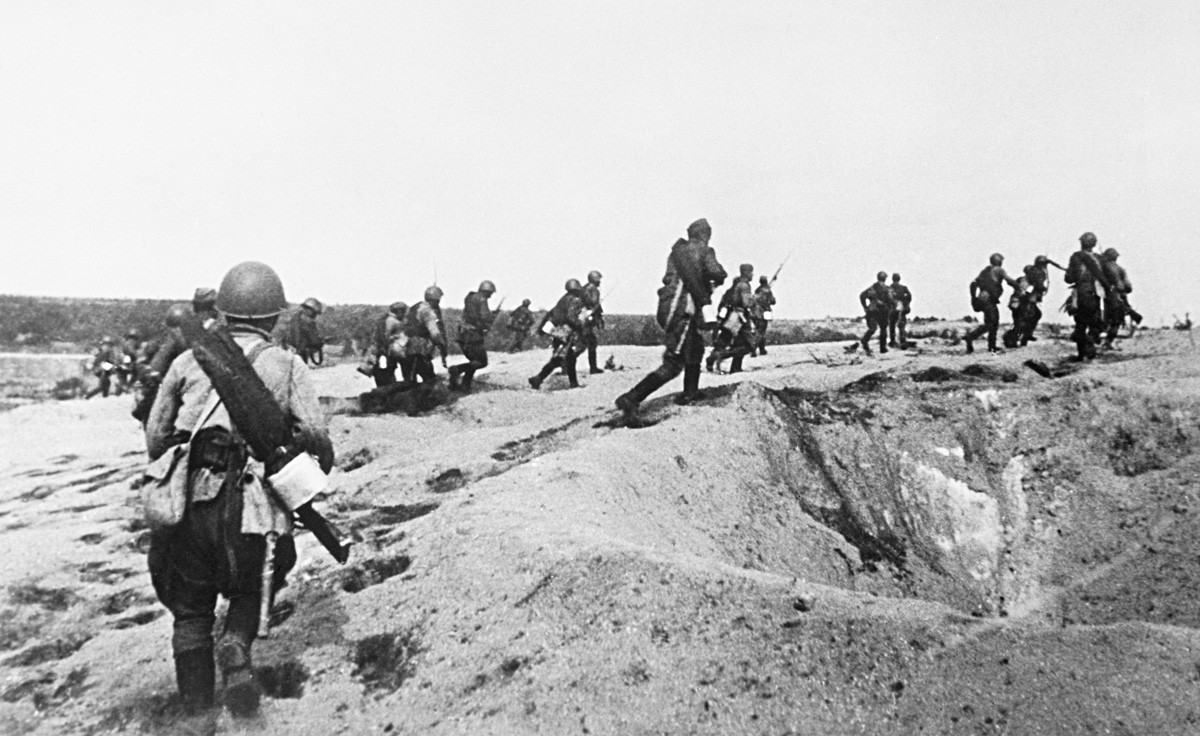 Soldiers of the Red Army go into the assault during the Khalkhyn Gol battles.

On September 15, 1939, the USSR and Japan signed an armistice agreement. The next time these countries fought each other would come only in 1945, after the defeat of Germany. Interestingly enough, Japan never tried to attack the USSR, even in the harshest times of World War II.

“The events of Khalkhyn Gol resulted in a well-sharpened samurai sword, already raised over our heads, never falling upon us,” Valery Vartanov says. The defeat in Mongolia sobered the Japanese government up, and they decided to find easier targets for conquest: in Indochina and the Pacific Ocean. There, they eventually faced another superpower – the U.S. – and were defeated again. But that’s a whole other story.