How one German tried to stop WWII

In September 1939, Count Friedrich-Werner von der Schulenburg, a 63-year-old German diplomat serving as ambassador to the Soviet Union, couldn’t have been happier. Germany and the USSR had just signed a non-aggression treaty known as the Molotov-Ribbentrop Pact. Schulenburg strongly believed that peace with Russia was crucial for Germany’s well-being. 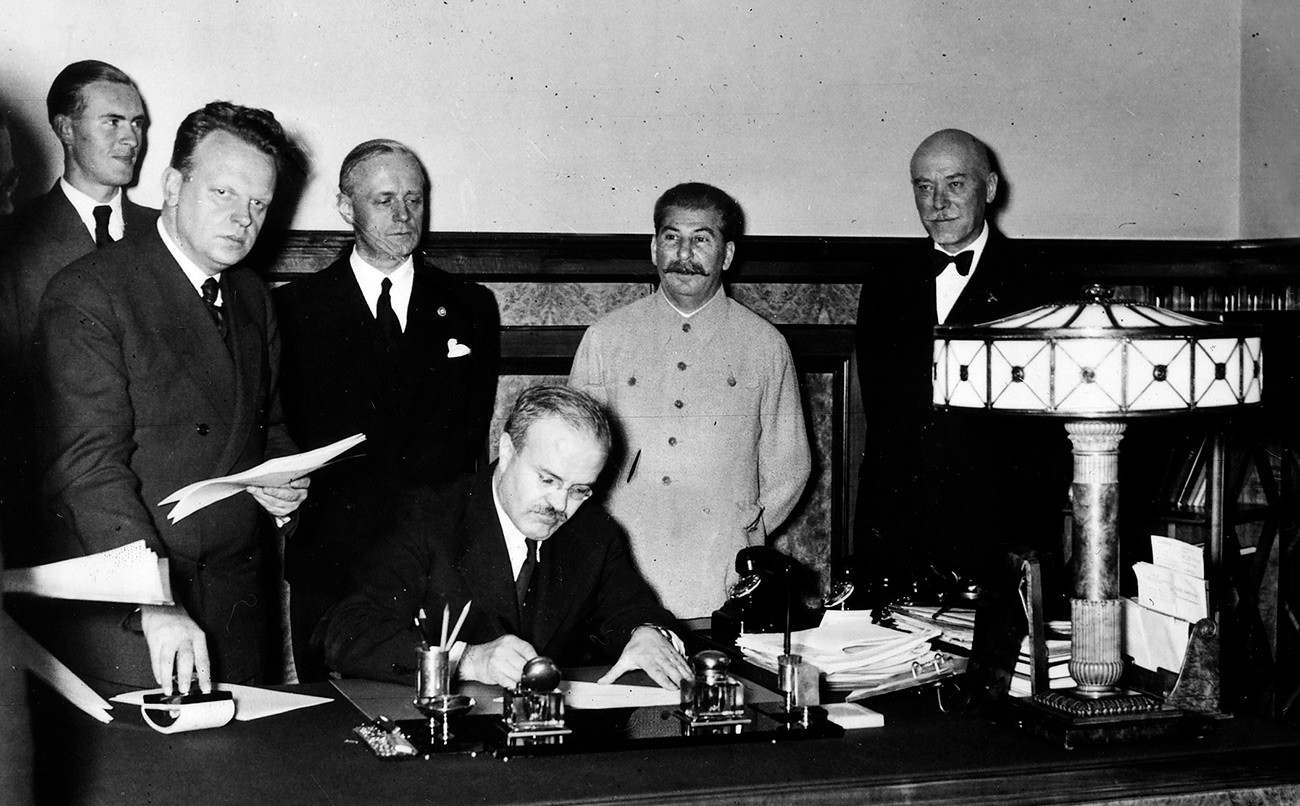 Schulenburg (right) witnessing German and Soviet representatives signing the Non-Aggression treaty of 1939. He believed it could bring sustainable peace to the two countries.

“This is a diplomatic miracle… I hope that no circumstances will ruin the situation, which is just fine now. At least, we [the diplomats] fulfilled our task… I hope something good will come out of this!” he wrote emotionally to a friend after the pact was signed.

Unfortunately, nothing good was to come out of it in the end. On June 22, 1941, Nazi Germany would violate the treaty, attacking the USSR with all its might, and all of Schulenburg’s efforts to prevent such an outcome were in vain. But why did such a man serve under Hitler in the first place? 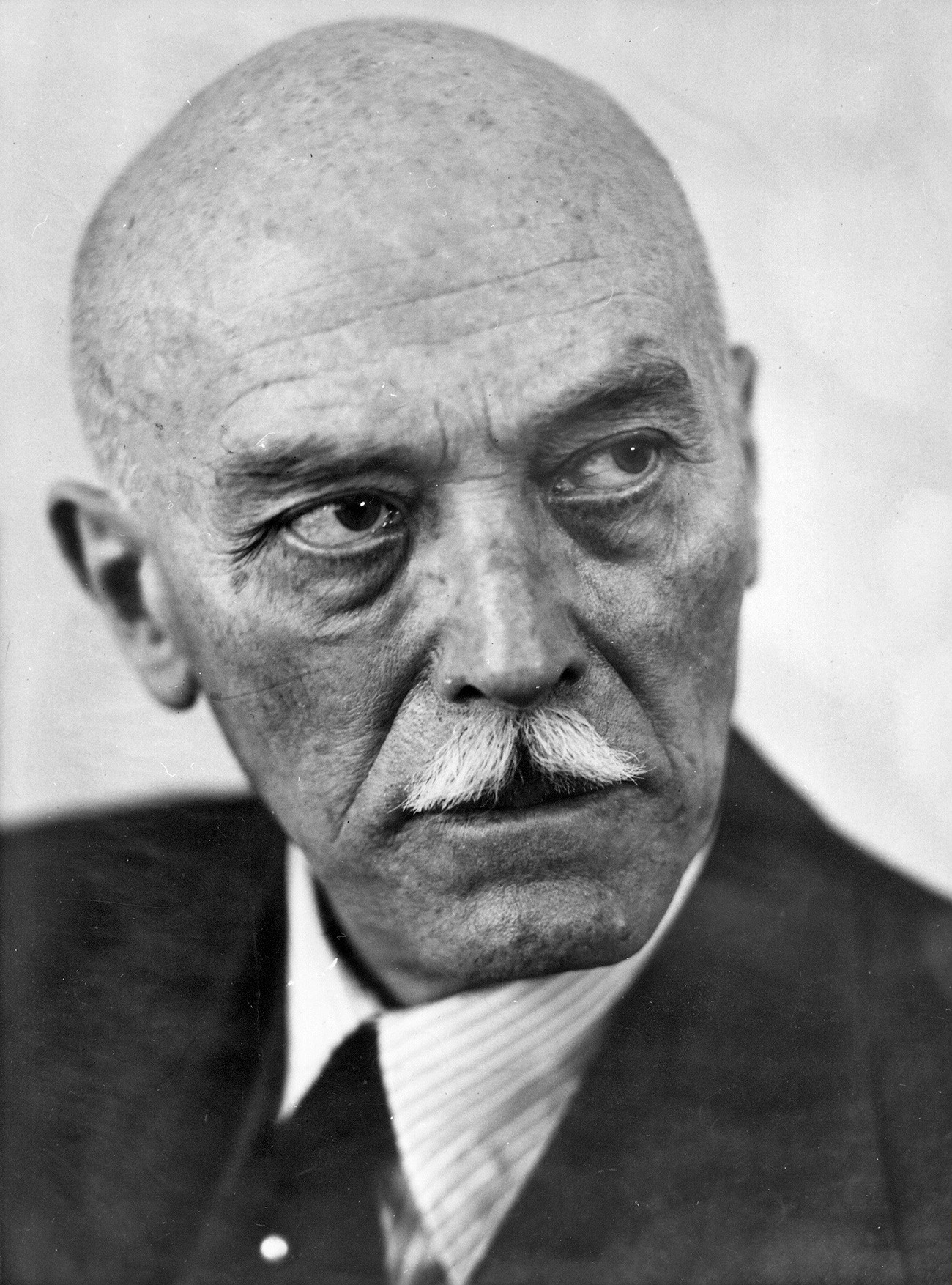 Schulenburg would likely have agreed with something Joseph Stalin’s said during World War II: “’Hitlers,’ they come and they go and the German nation will remain.” Schulenburg’s diplomatic service began in 1901, long before the Nazis came to power. A descendant of an old noble family, he worked as a diplomat his entire adult life with just one break to fight in World War I, for which he received an Iron Cross for bravery. Governments changed, but Schulenburg worked professionally with all of them.

He served as ambassador to Iran from 1922-1931 and then to Romania from 1931-1934, but the real challenge for him came when he was appointed to Moscow in 1934. While Schulenburg was no Russophile, he did share Otto von Bismark’s belief that in order to preserve its strength and abundance Germany must stay at peace with Russia.

“He attached a lot of importance to German-Soviet and German-Russian ties… For him, there was no alternative to the fruitful co-existence of those two great countries at peace,” Rüdiger von Fritsch, the German ambassador to Moscow, wrote in an article for Novaya Gazeta in 2014. However, since the Nazis were in charge of German foreign policy from 1933, maintaining good relations between Moscow and Berlin proved extremely difficult. 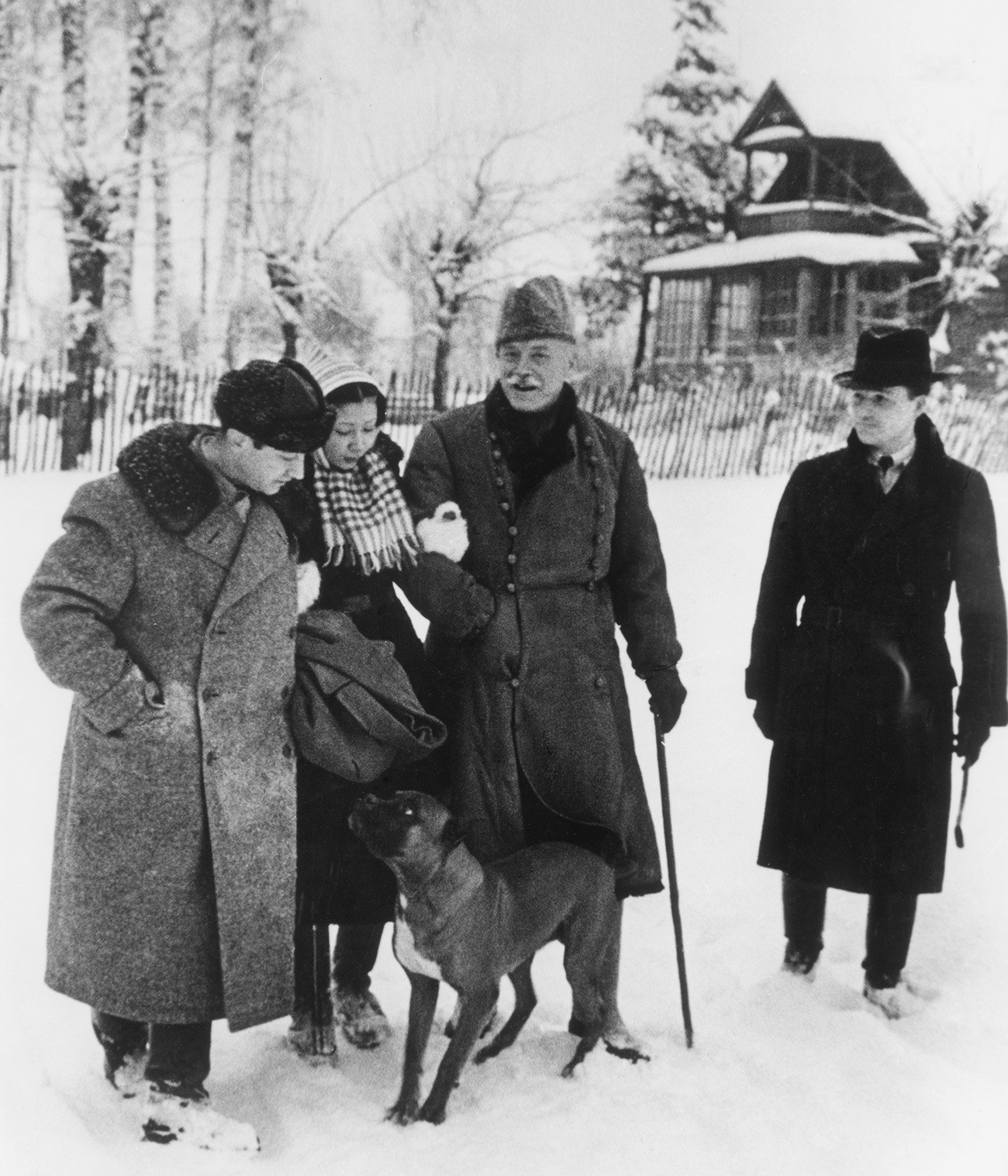 Verner von der Schulenburg (in the center) in Moscow.

“No one else could represent Germany in the USSR in those hard times so sophisticatedly, with such caution and dignity, as Schulenburg,” noted Gustav Hilger, a German diplomat who worked in the Soviet embassy during the 1930s. Schulenburg did his best to reduce tension between the two countries in 1938-1939, as they were teetering on the brink of war.

In 1938, he reached an agreement with Maxim Litvinov (the Soviet foreign minister from 1930 – 1939) that the two countries would refrain from lambasting one other in the press. He also helped to prolong the trade treaty of 1938. But, as with any diplomat, Schulenburg couldn’t go beyond fulfilling orders from his government, and this is why he was so supportive of Germany and the USSR signing a non-aggression pact. 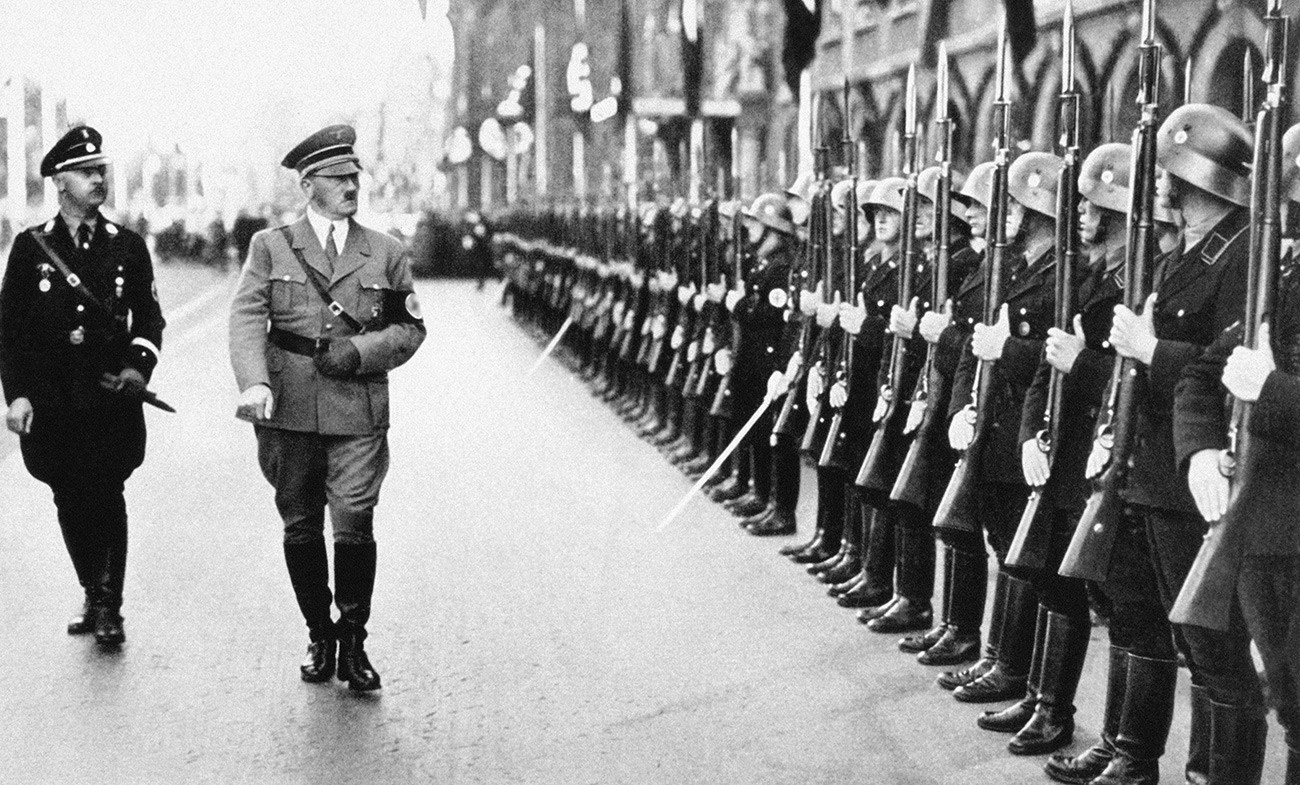 Adolf Hitler inspecting his troops. He had no intention of keeping peace with the USSR.

The thaw between the USSR and Nazi Germany was to be short-lived. In 1941, as new tensions emerged when Moscow rhetorically supported Yugoslavia following its invasion by Germany, new rumors of war filled the air. Schulenburg tried to address Hitler directly, writing him a note on how dangerous a Soviet-German war would be.

Hilger wrote the following in his memoirs: “On April 28, 1941, while on a work trip to Berlin, Schulenburg met Hitler in person. The ambassador saw his note lying on Hitler’s table, but he couldn’t tell if Hitler had read it. However, while saying goodbye, Hitler, pointed, unrelatedly to the previous conversation: ‘One more thing, Schulenburg. I am not going to go to war with Russia!’”

Spoiler alert: He lied. Schulenburg, though a de jure member of the Nazi Party, wasn’t a true Nazi and so Hitler didn’t trust him. As Joseph Goebbels, the German propaganda minister and Hitler’s close associate, would later write in his diary: “Our ambassador to Moscow had no idea Germany was going to attack… He insisted that the best policy would be making a friend and an ally out of Stalin… There is no doubt that not informing diplomats about our real intentions is the best policy possible.” 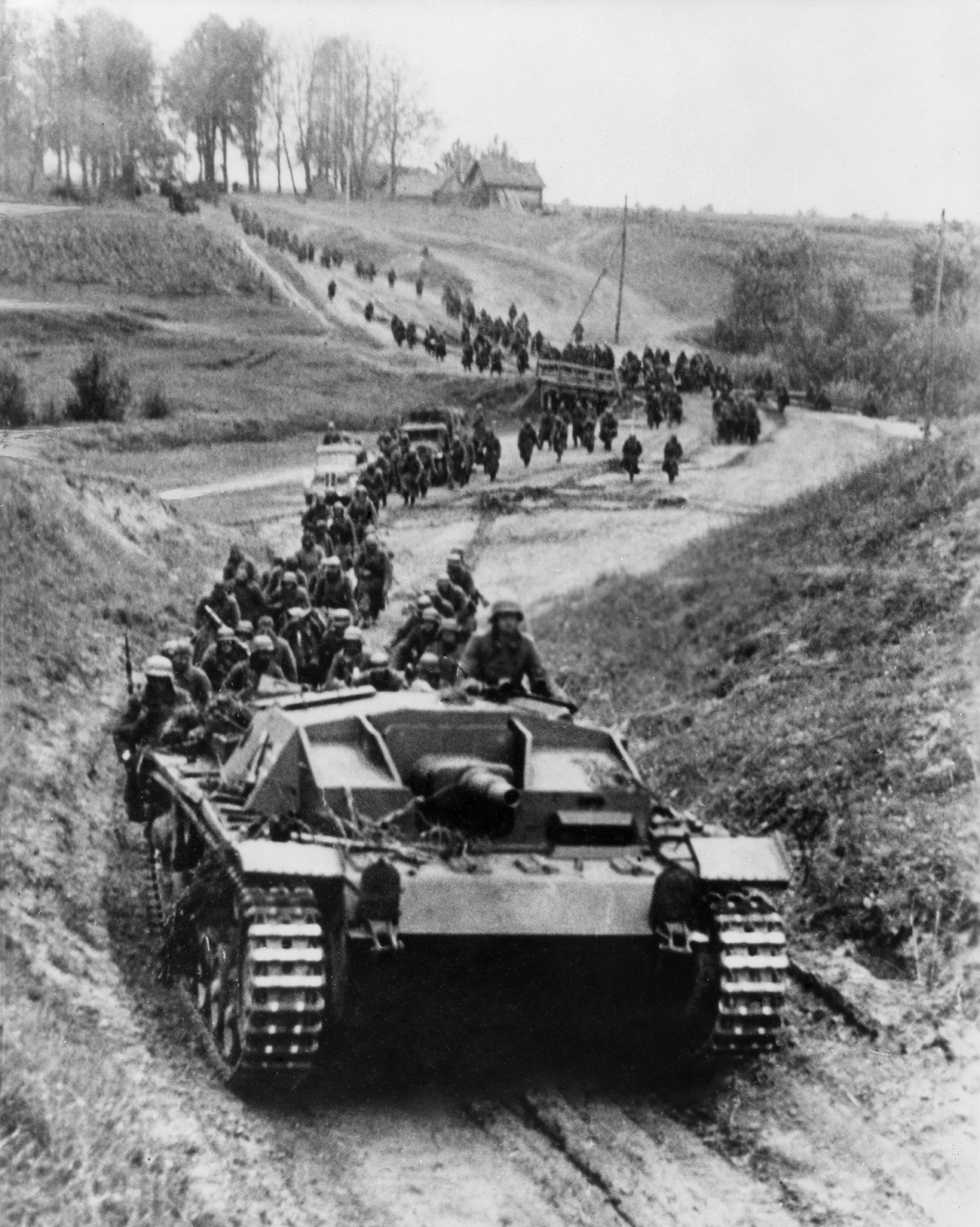 The Eastern Front of WWII was opened in June 1941, when the Nazis invaded the USSR.

On June 22, 1941, Schulenburg came to the Kremlin to inform Vyacheslav Molotov, Litvinov’s successor as foreign minister, that war had begun – by this time, German troops had already stepped on Soviet soil without any declaration of war. The ambassador himself had just received the order from Berlin and felt absolutely crushed. While talking to Molotov, he “raised his hands towards the sky with an expression of powerlessness on his face,” Hilger remembered.

Schulenburg had to leave Moscow once the war broke out. He served in the foreign ministry in Berlin from 1941-1944, leading the Russia Committee, a formal post without any political influence. Not surprisingly, he was dissatisfied with Hitler and his policies. 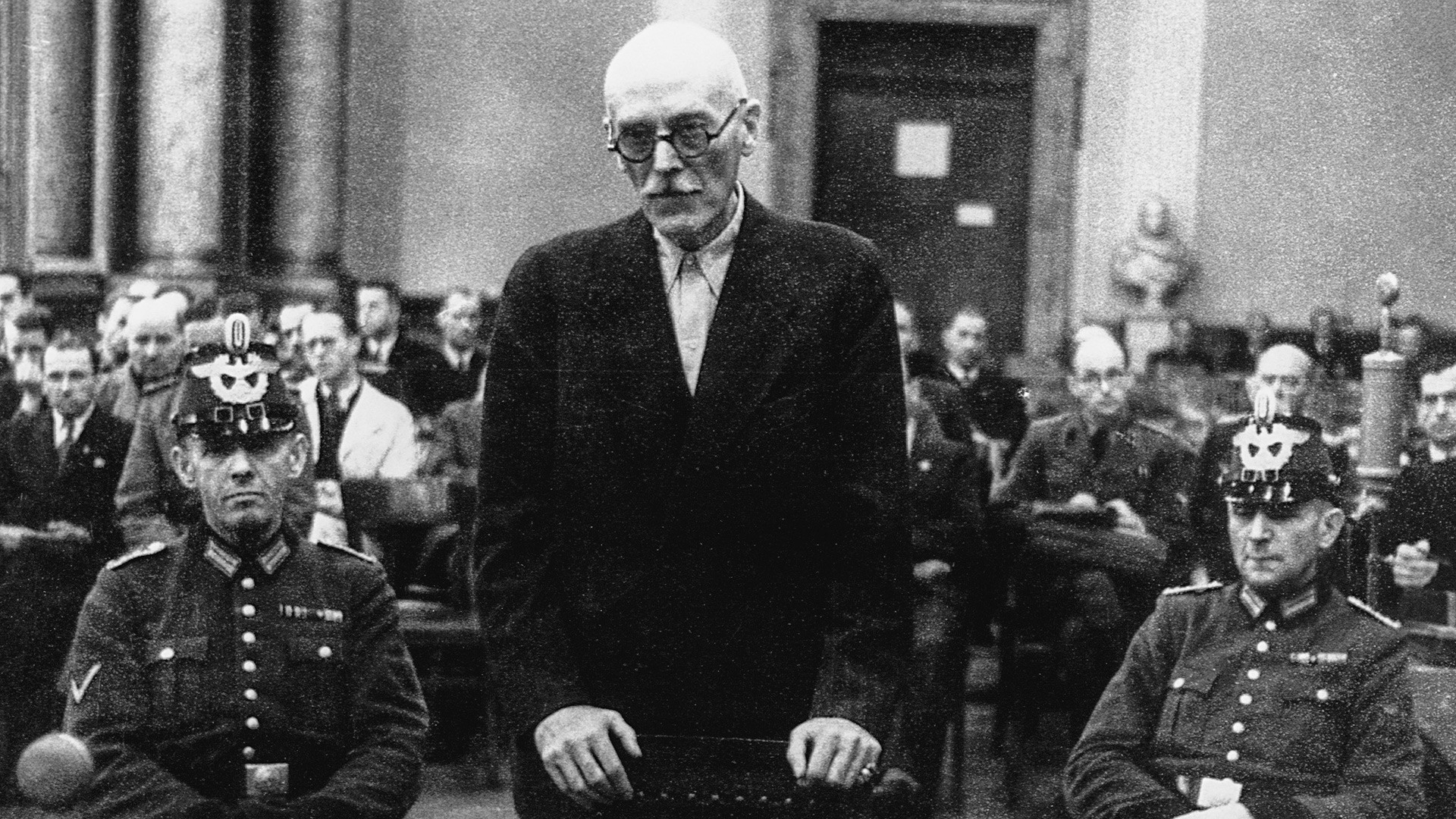 Count von der Schulenburg waiting for his execution in Aug. 1944.

This dissatisfaction led the old diplomat to join the ranks of the German anti-Nazi resistance. In 1944, by which time it was clear Germany was losing the war, several high-ranking officers and officials hatched a plot to assassinate Hitler. Schulenburg’s participation in the plot was minor, but he could have played an important role had it succeeded – several sources named him as possible foreign minister. The assassination attempt was not successful, however, and Schulenburg, like many other conspirators, was executed.

Although Schulenburg’s career was abruptly terminated, his wisdom and principles were praised in post-Nazi Germany. As Ambassador Fritsch writes, “If you visit Germany’s embassy in Moscow, you will meet Ambassador Schulenburg: His monument stands in the chancellery and his portrait hangs in the ambassador’s residence, next to the portrait of his great predecessor Otto von Bismark… Schulenburg’s personality and his principles serve witness: He deserves such a memory.”