How Soviet propaganda mocked the U.S., NATO and the CIA

The U.S. is squeezing its NATO partners to the last drop. 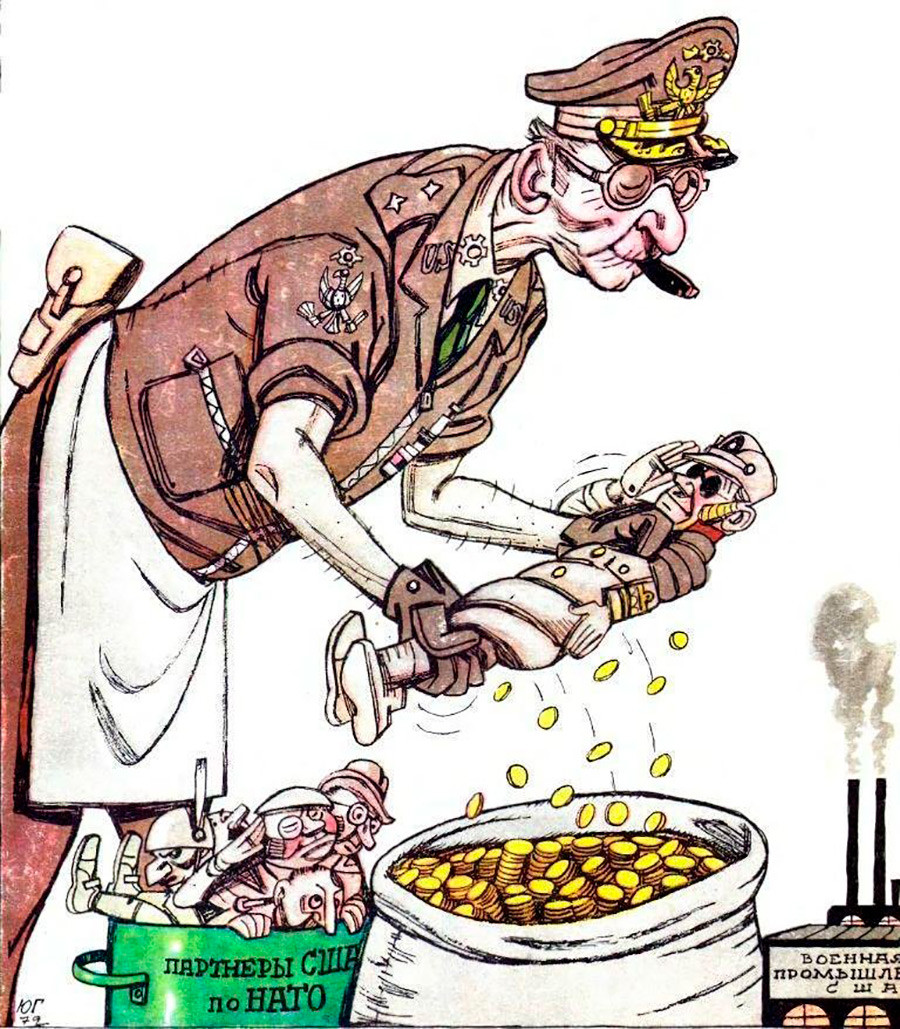 “Daily hours-long TV propaganda of violence, cruelty and filth is poisoning the souls of the Western youth, and is significantly contributing to an increase in crime in the capitalist states.” 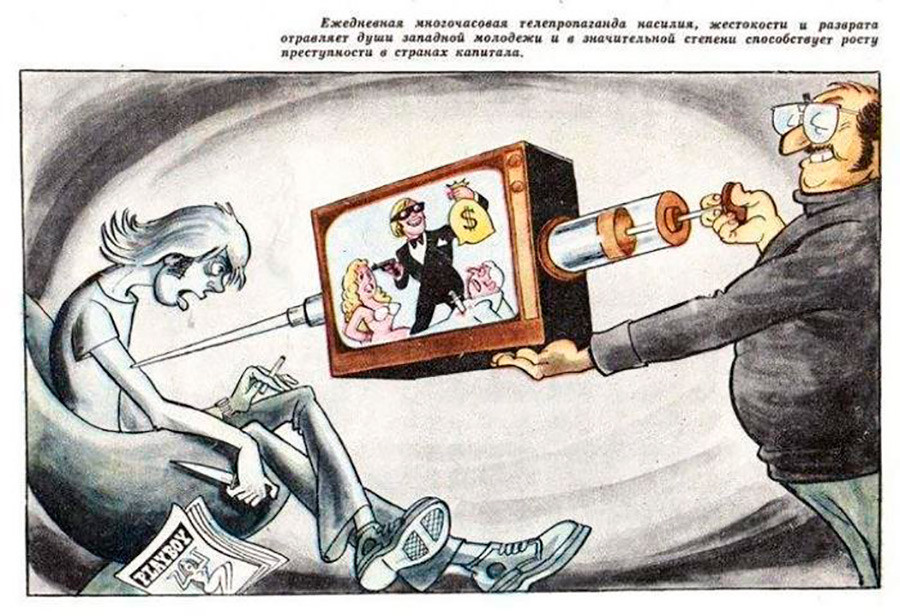 “Washington’s dove of peace. Although they are sneakily disguising it, they will not hide its sleazy gut!” 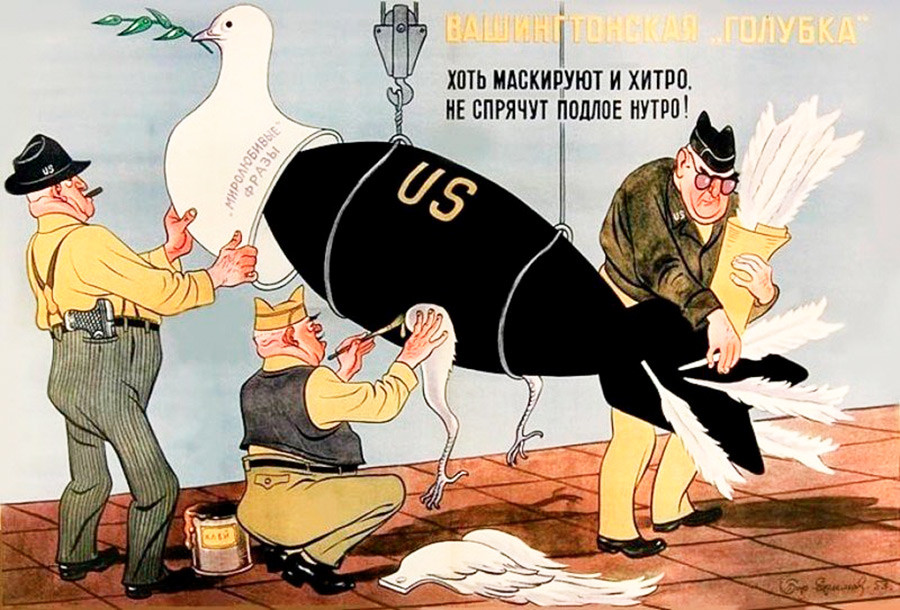 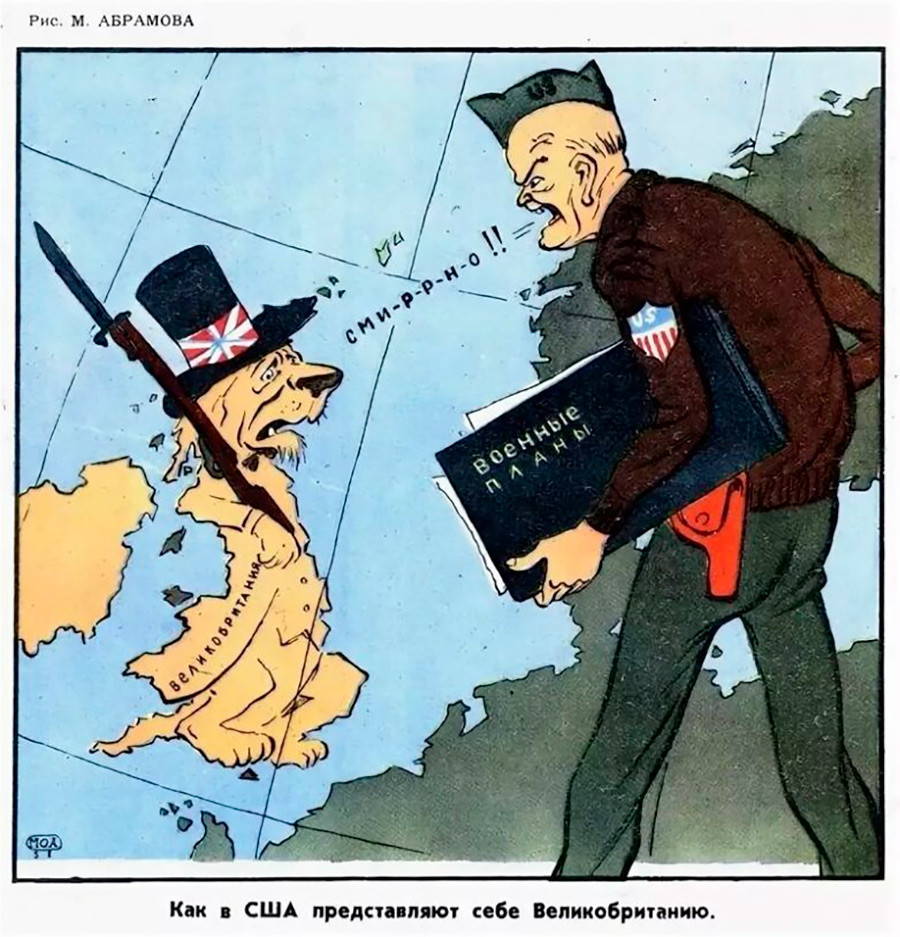 The U.S. is coming to Europe with the “American way of life.” 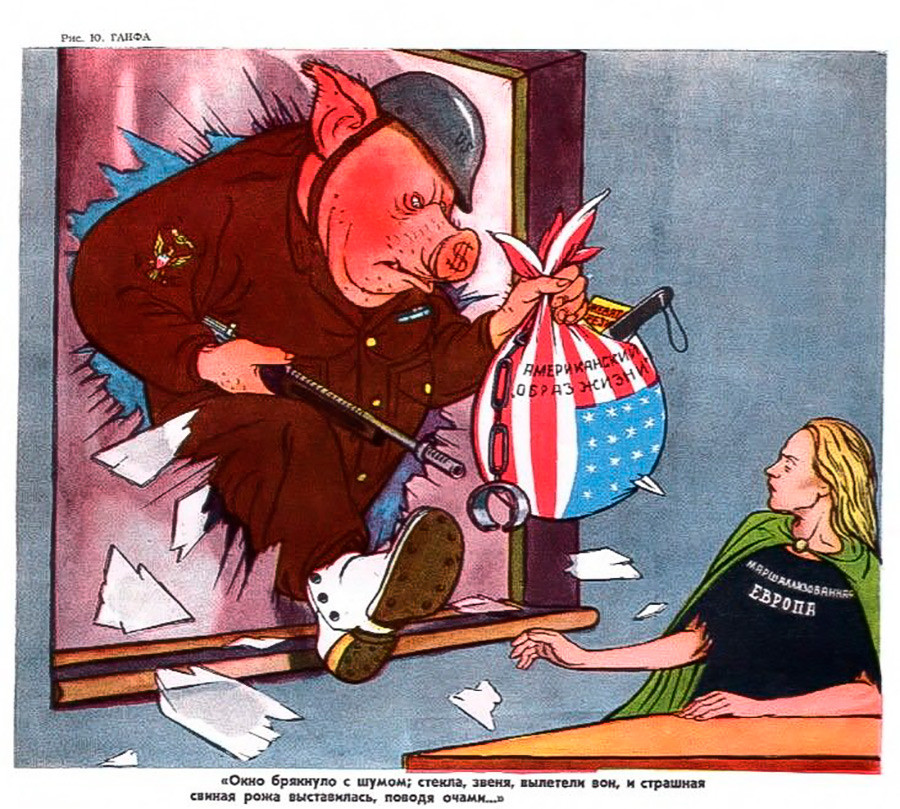 The cartoon shows how Radio Liberty and Radio Free Europe under CIA instructions sing about provocations, slander, sabotage and incitement. 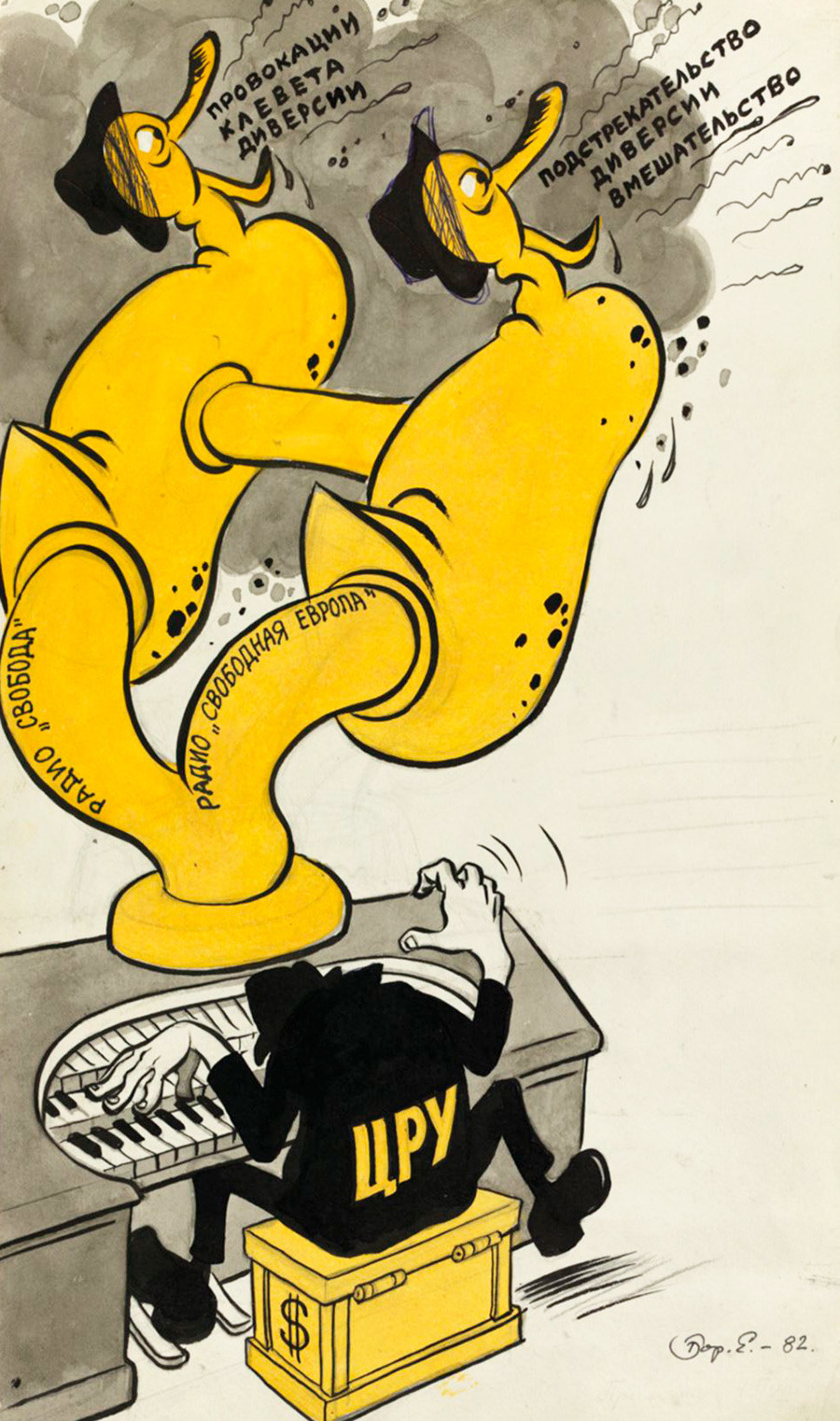 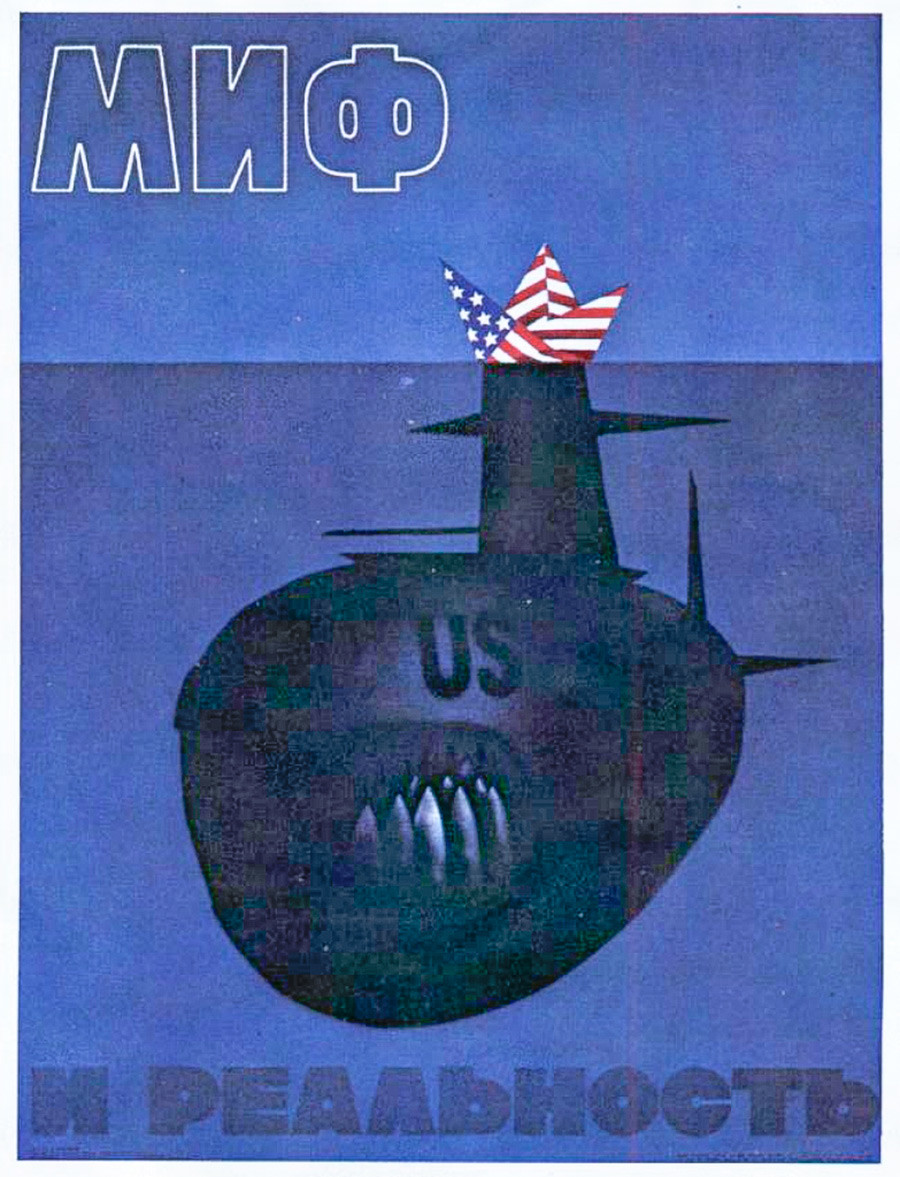 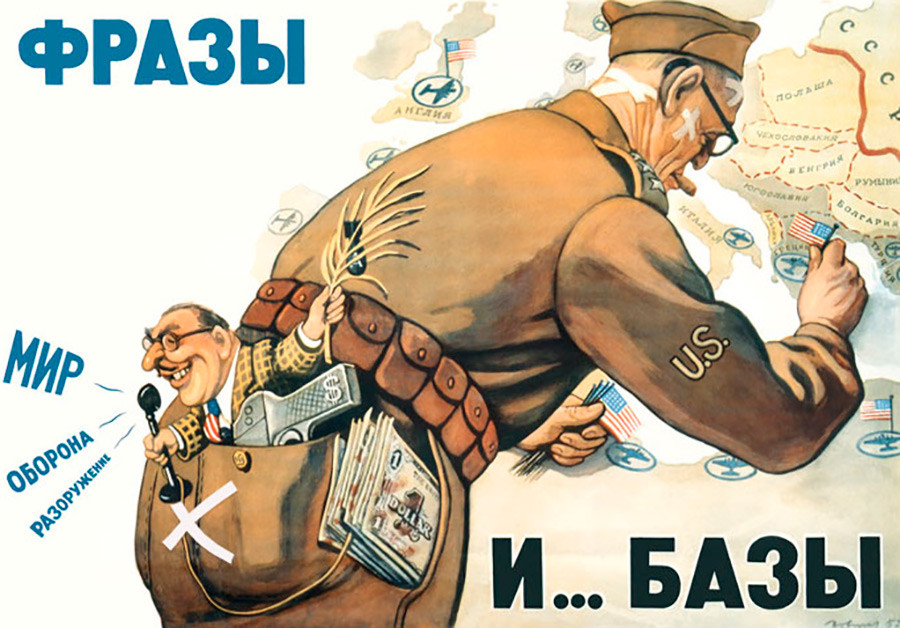 “A history of American civilization: A human in an animal skin and… an animal in human skin” 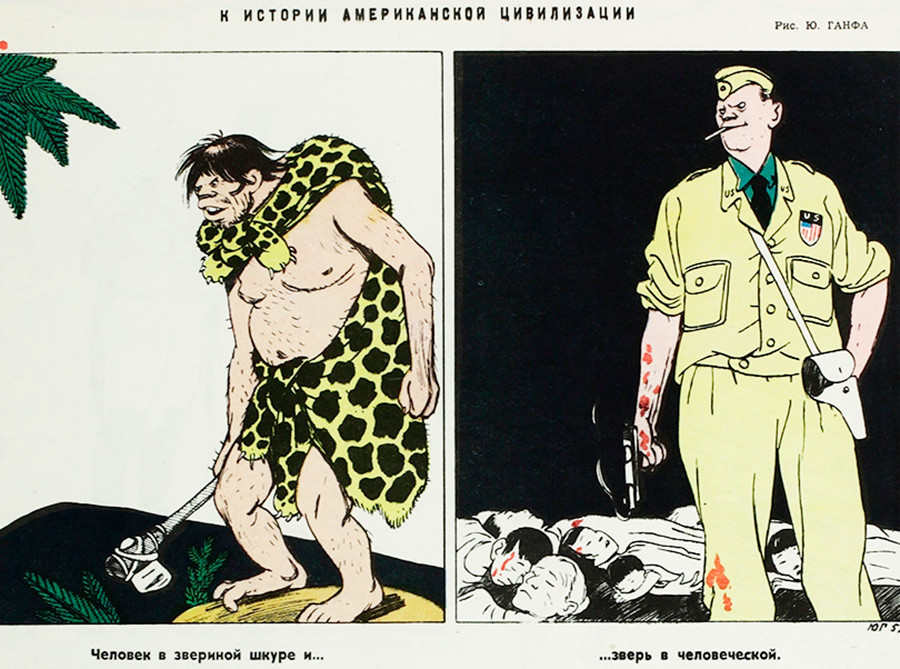 While the speaker in the cartoon screams from the rostrum: “They are violating human rights!!!” the CIA, the FBI and numerous pro-American Latin American dictators hide behind his back. 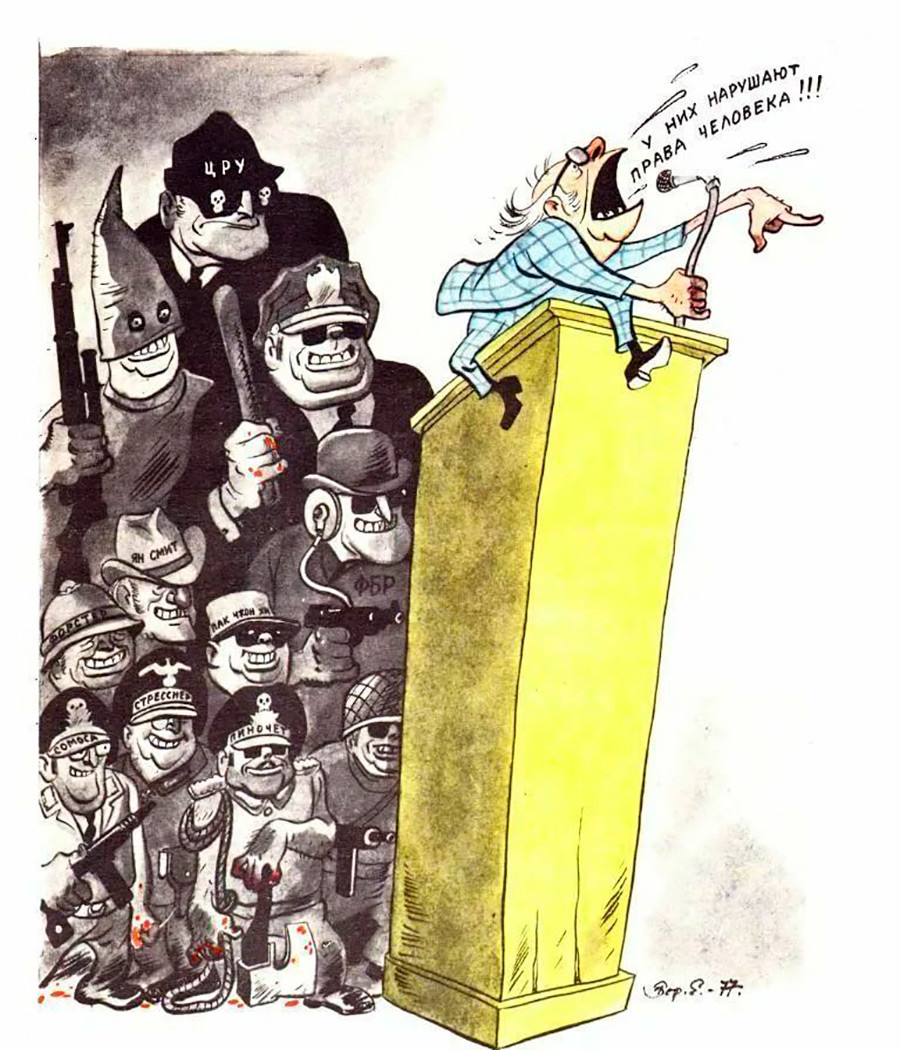 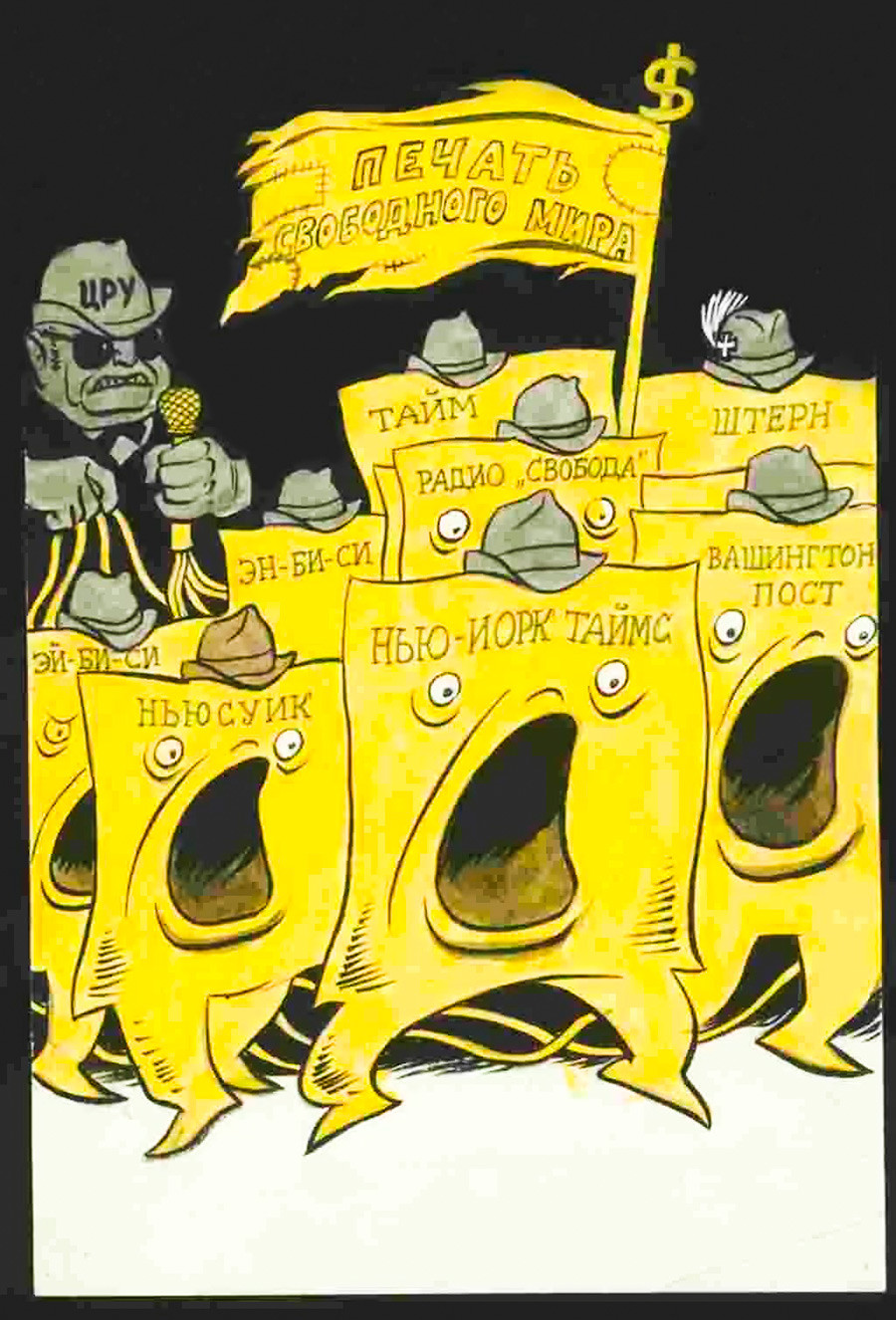 “The Russians want to conquer the Persian Gulf!” 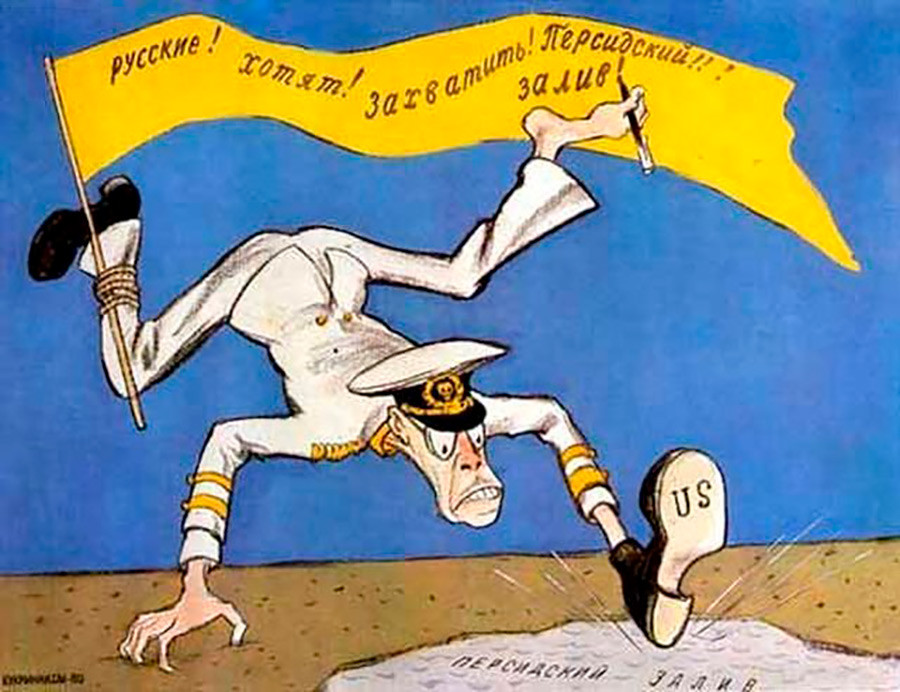 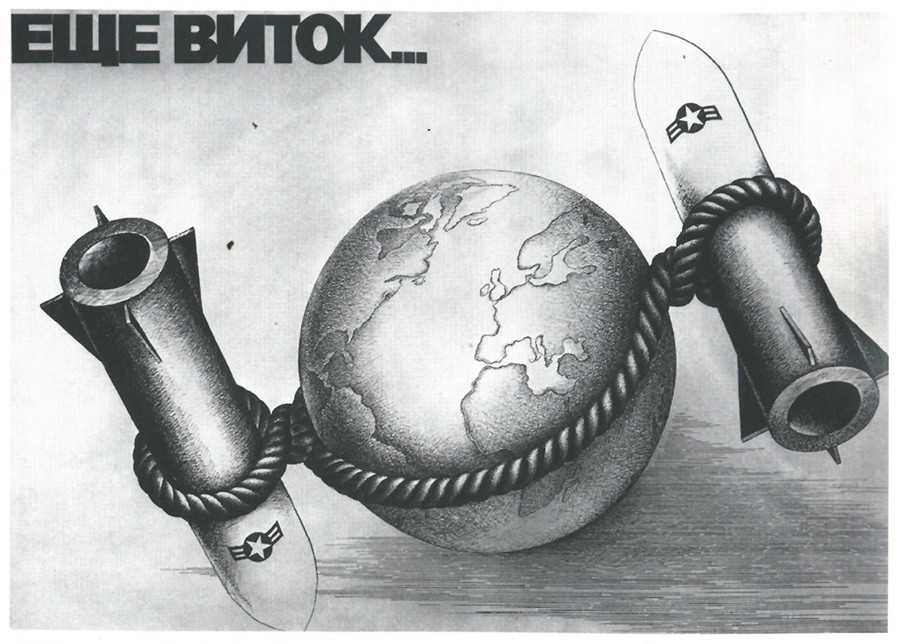 “In the U.S., only one person is being served at this restaurant” While Schools, Libraries, Art and Health sit with empty plates, all waiters attend to just one person - War. 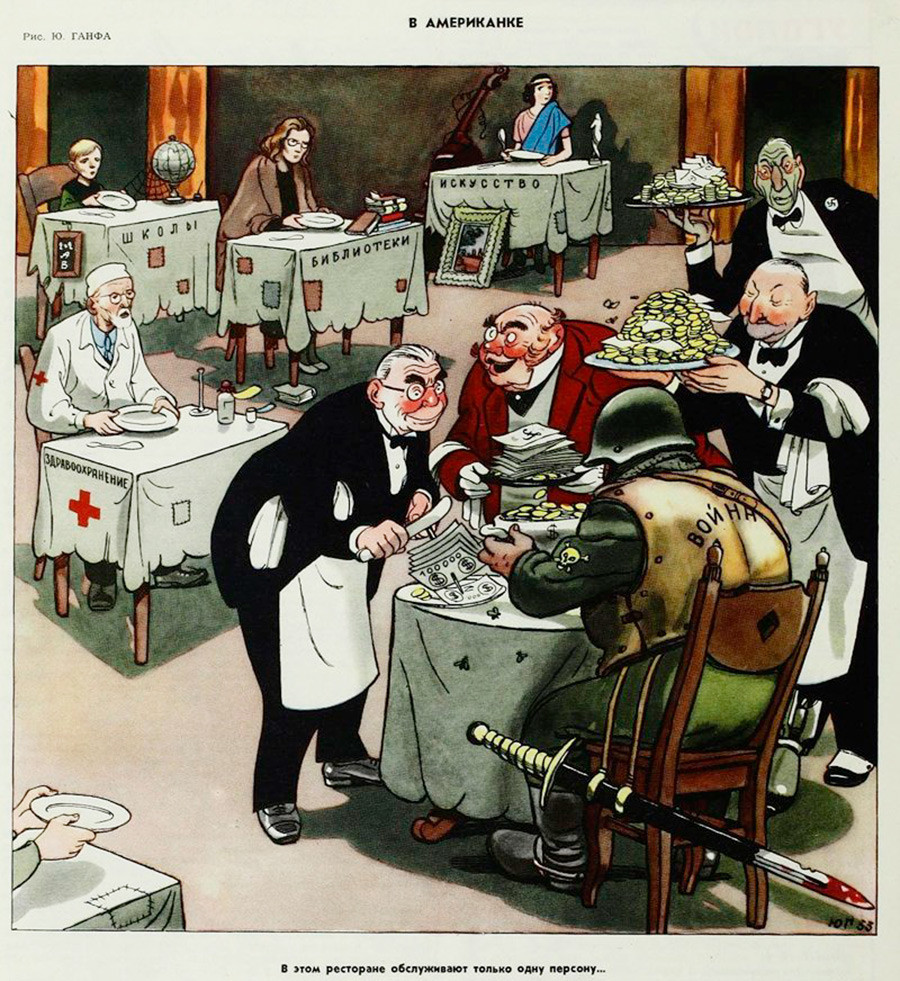