History
Boris Egorov
Getty Images, Pixabay, Archive photo
Winston Churchill, who as the UK’s Home Secretary in the 1910s was hunting down Latvian criminals in the streets of London, could never even have imagined that he had seized one of Soviet Russia’s future leaders.

The whole of Russia was afraid of him. Latvian-born Jēkabs Peters was one of the most powerful and influential Bolsheviks, who after the 1917 Revolution protected the Soviet state from internal enemies and organized the mass Red Terror, which resulted in thousands of victims.

Peters was one of the founders and chiefs of the Soviet secret police - the All-Russian Extraordinary Commission. Commonly known as the Cheka, it was in fact the “grandfather” of the KGB. 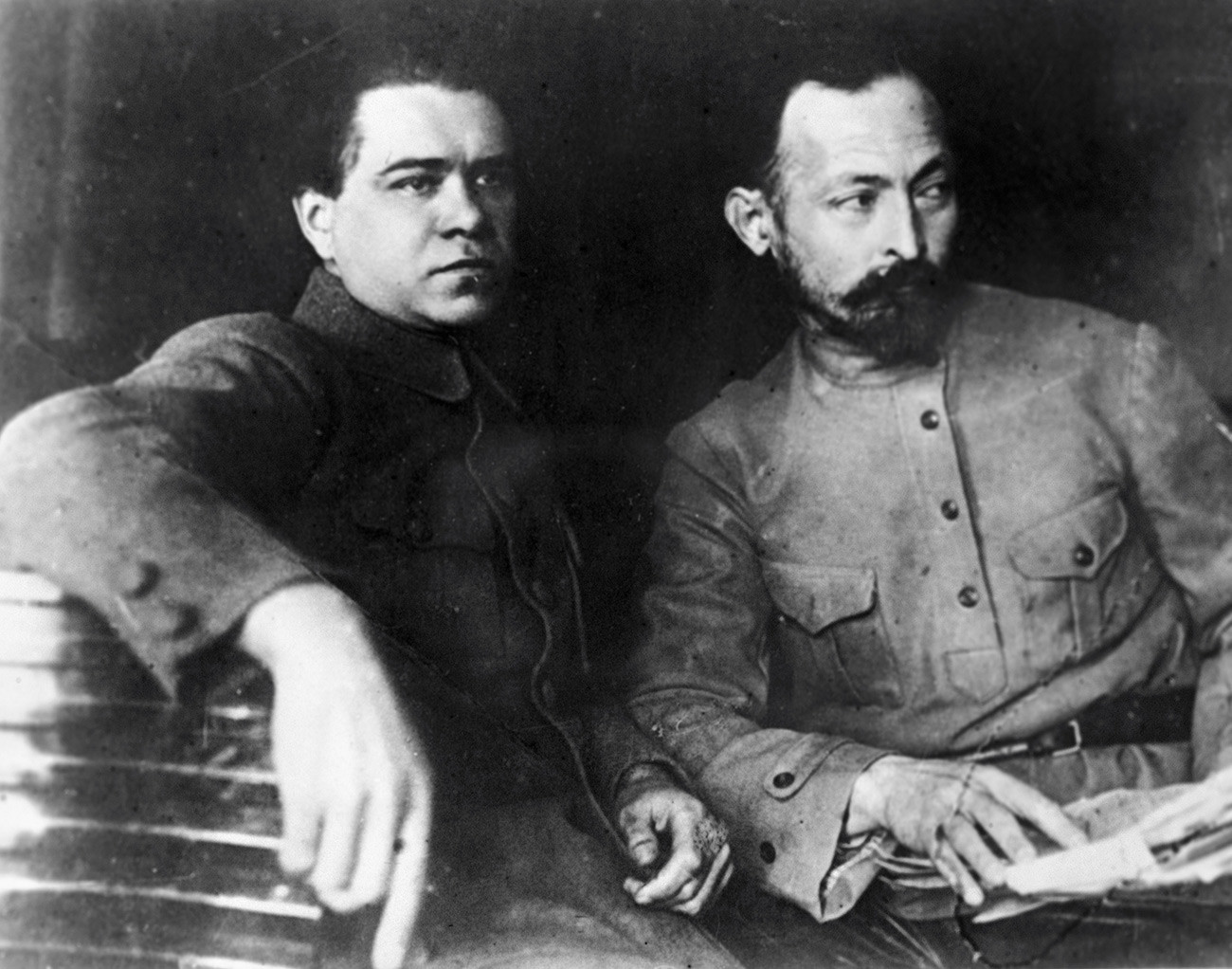 But before the 1917 Russian Revolution brought Peters to the top of the Soviet political system, he was a common immigrant in the UK, who almost became a personal enemy of Winston Churchill.

Emigration to the UK

The 1905 Revolution in Russia was in some ways a rehearsal of 1917, and many future Bolshevik leaders actively took part in it. Jēkabs Peters was no exception.

Peters was arrested for spreading leftist propaganda and making an assassination attempt on a factory director. Despite the fact that he was acquitted, Jēkabs decided to flee the Russian Empire. 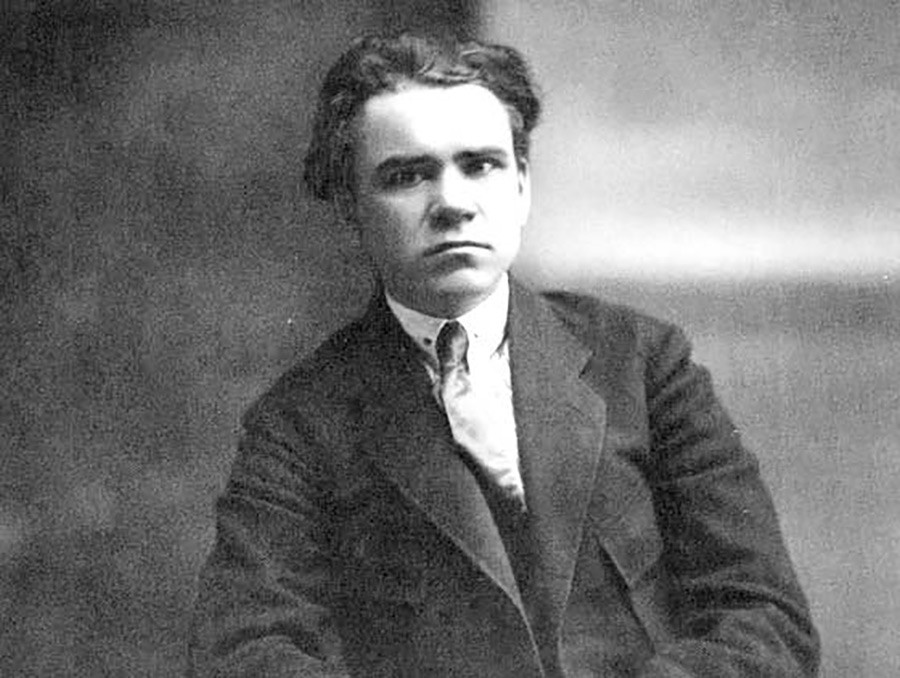 Having settled in 1910 in Great Britain, Peters joined a local group of Latvian anarchists and left-wing radicals, who instead of advancing the political struggle preferred to rob jewellery stores.

Their criminal activity became so outrageous that the Home Secretary (the minister responsible for internal affairs) Winston Churchill considered it a matter of honor to hunt down these “fierce beings” who had turned the center of London into “a germ cell of murder, anarchy, and revolution.”

After three policemen were killed by the Latvian anarchists during the robbery, Peters with his comrades were arrested as the main suspects. While he was in custody, the so-called Siege of Sidney Street, the culmination of the hunt for the Latvians, occurred. 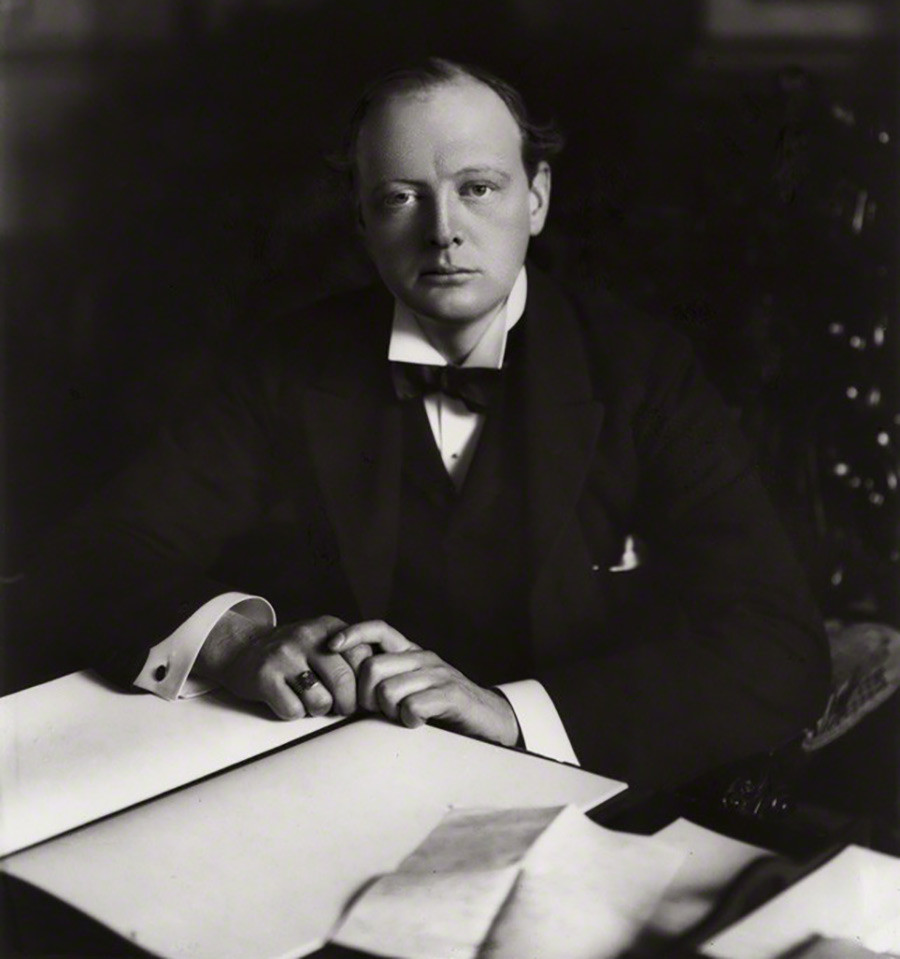 On Jan. 3, 1911, the police, supported by the military, armed with machine-guns and even artillery, surrounded the house on Sidney Street in East London where the group of Latvian radicals had barricaded themselves inside.

Despite his high status, Home Secretary Winston Churchill arrived at the place and personally commanded the operation. As a result of the ensuing gunfight, two Latvians were killed.

After the siege, clouds began to gather over Peters’ head. He received special attention from the police and Churchill - it was discovered that one of the two bandits killed on Sidney Street, Fritz Svaars, was his cousin. 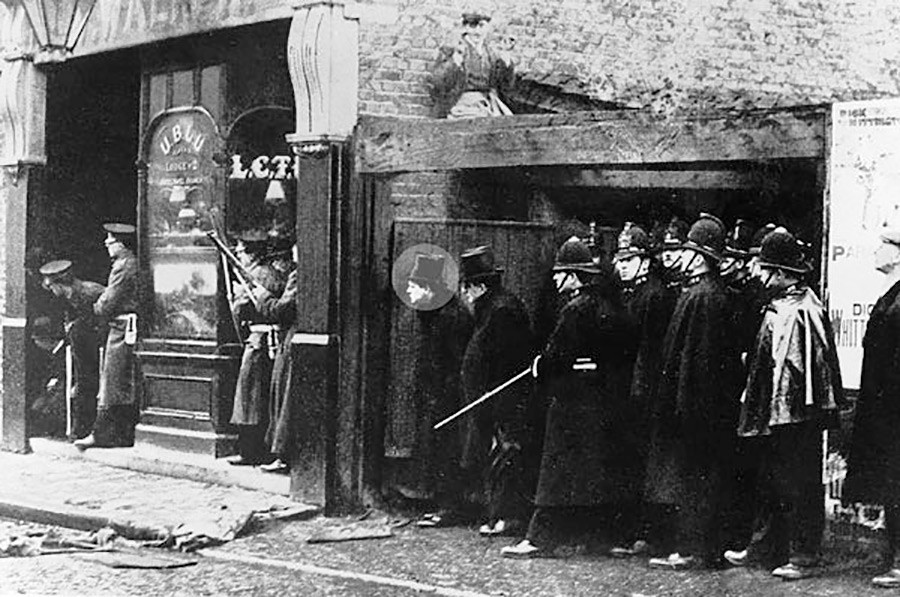 Winston Churchill during the Siege of Sidney Street

The police suspected Peters to be the ruthless leader of the Latvian anarchists - the so-called Peter the Painter. This mysterious figure was known to have been a terrorist during the 1905 Revolution in Russia and subsequently behind all the Latvian anarchists’ crimes in the British capital.

Winston Churchill wrote about him in his Thoughts and Adventures: “Peter the Painter was one of those wild beasts who in later years, amid the convulsions of the Great War, were to devour and ravage the Russian state and people.”

The hate which the Home Secretary felt towards the Latvian anarchists did not simply go one way. As Irish historian Martin Mccauley remarks, Peters harbored a lifelong animosity towards Winston Churchill.

However, the prosecution could not prove that Jēkabs was indeed Peter the Painter, or that he was somehow connected to the crimes. As British Professor Donald Rayfield writes, Peters was acquitted, thanks to a barrister hired by the (Latvian) Social Democrat Party and to the laziness of Scotland Yard, who, despite eyewitness evidence, let the policemen's deaths be blamed on a dead anarchist.

As a result of the trial, which Churchill planned to make exemplary, Jēkabs Peters was cleared of all charges and released to the great outrage of the British Home Secretary.

As for Peter the Painter, his true identity was never discovered. There is a big question whether he existed at all.

A romance with Churchill’s cousin?

Some researchers believe that the Latvian revolutionary had another opportunity to make Churchill mad. Journalist Yelena Syanova supposes that Winston Churchill’s young cousin, sculptor Clare Sheridan, fell in love with Peters. She attended the trial to support him, and after his release they had a bright, albeit brief romance. 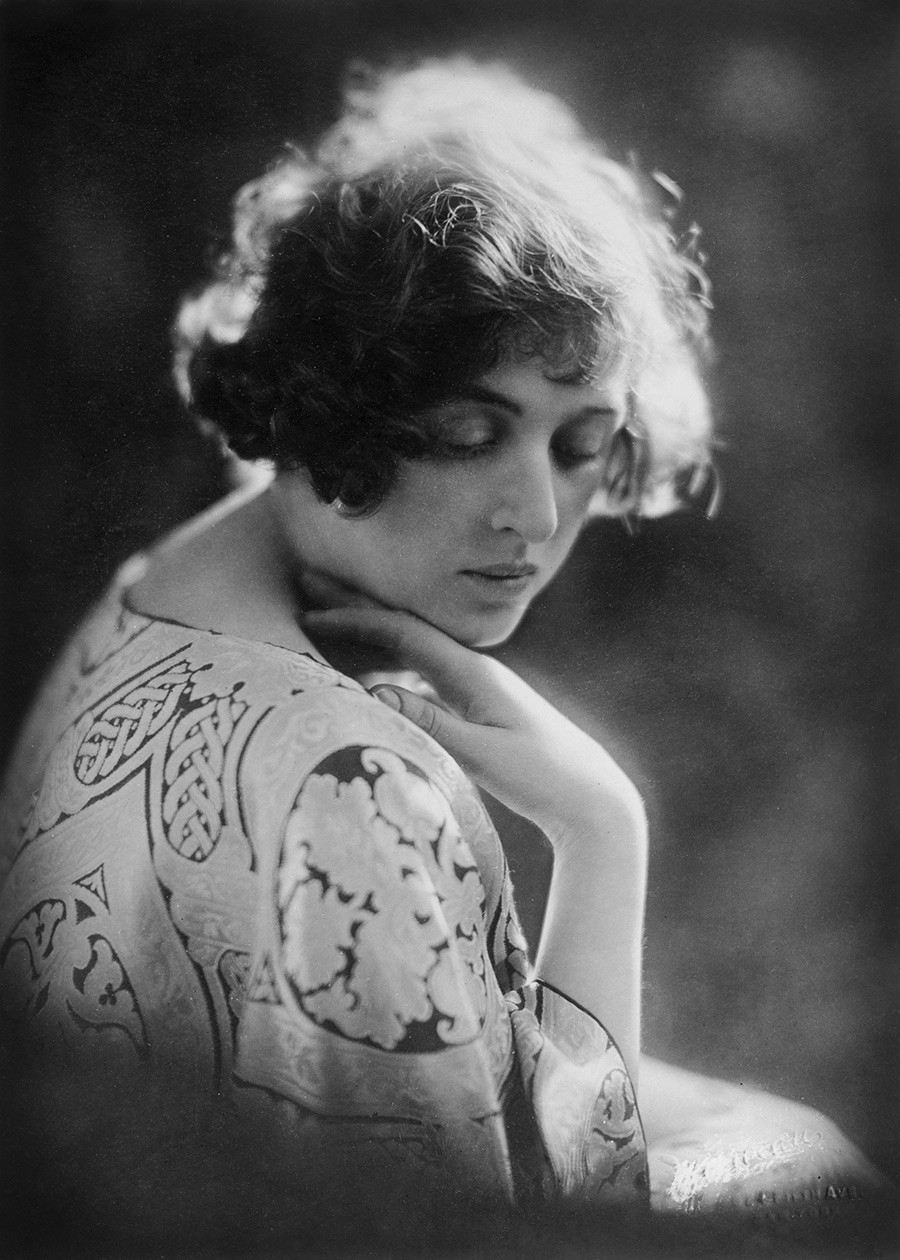 This version of events, however, remains quite dubious. It is known that since 1910 Clare Frewen (her maiden name) had been happily married to Wilfred Sheridan, who was believed to be the love of her life.

Both Churchill and Peters in the following years reached the highest official positions. The Latvian leftist could, however, instead of politics have chosen the prosperous life of the British bourgeoisie. In 1916 he married May Freeman, the daughter of a London banker, and together they had a daughter.

When the next year Russia slipped into the chaos of the Revolution, Jēkabs Peters left his family and moved there to start his notable, but ambiguous career. 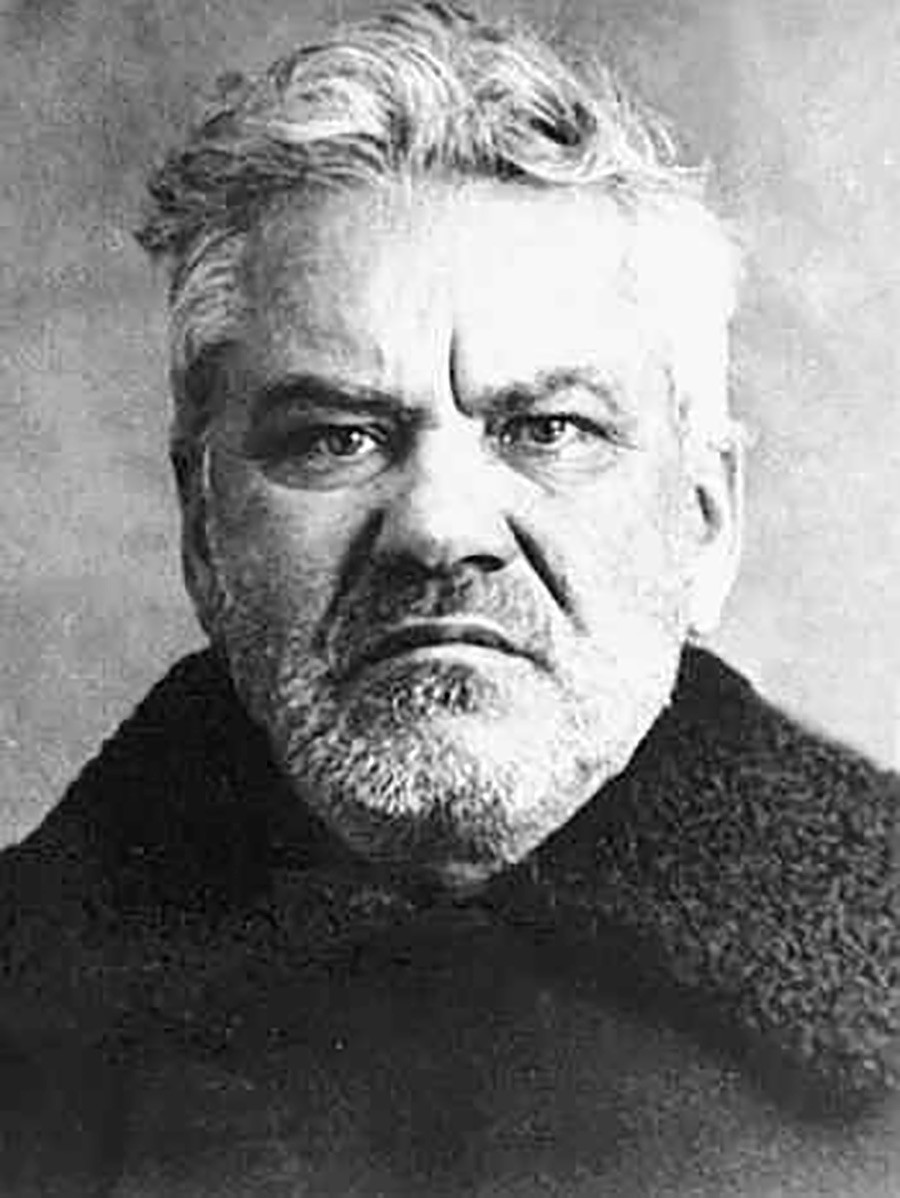 Peters was twice lucky with the judicial system during his life, but the third time Lady Luck betrayed him. In 1938, during the Great Purge, he was arrested and executed for “counter-revolutionary activities.”