Debunked: ‘The Russian Emperor giving the railroad the finger’ myth

History
Georgy Manaev
Public domain
Who was really to blame for that weird curve on the Moscow – St. Petersburg train route?

Legend has it that Emperor Nicholas I of Russia was such a vicious control freak that even the construction of the railroad had to be supervised by him. When planning the first major Russian railroad from Moscow to St. Petersburg, the Emperor himself drew the line on the map using a ruler. 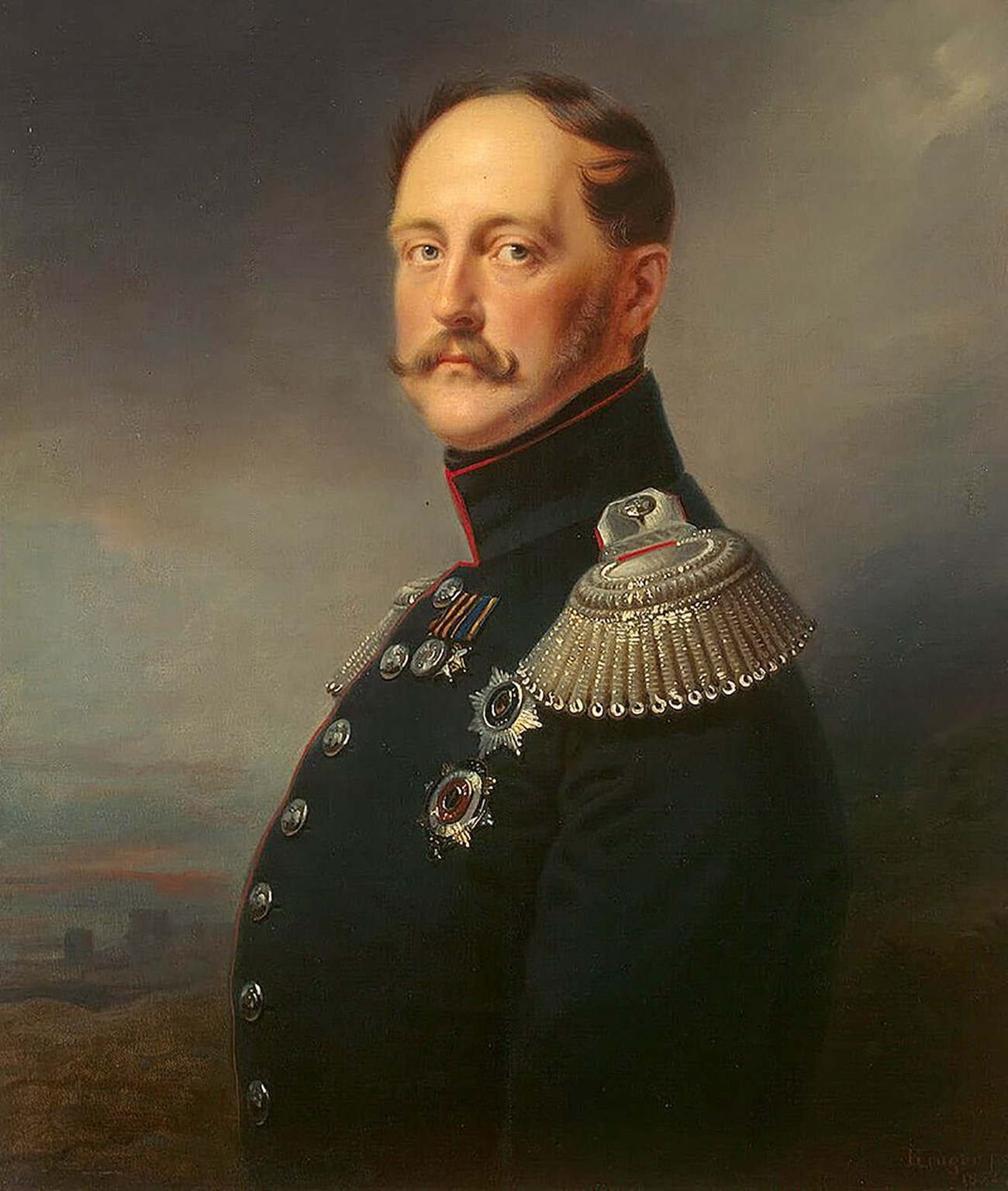 Nicholas I by Franz Krüger

At some point, the pencil stumbled across the finger that he was holding the ruler with, and the pencil made a curve on the map. In fear of the emperor’s fury, the officials preserved the curve and laid the railroad tracks precisely along the line left by Nicholas. 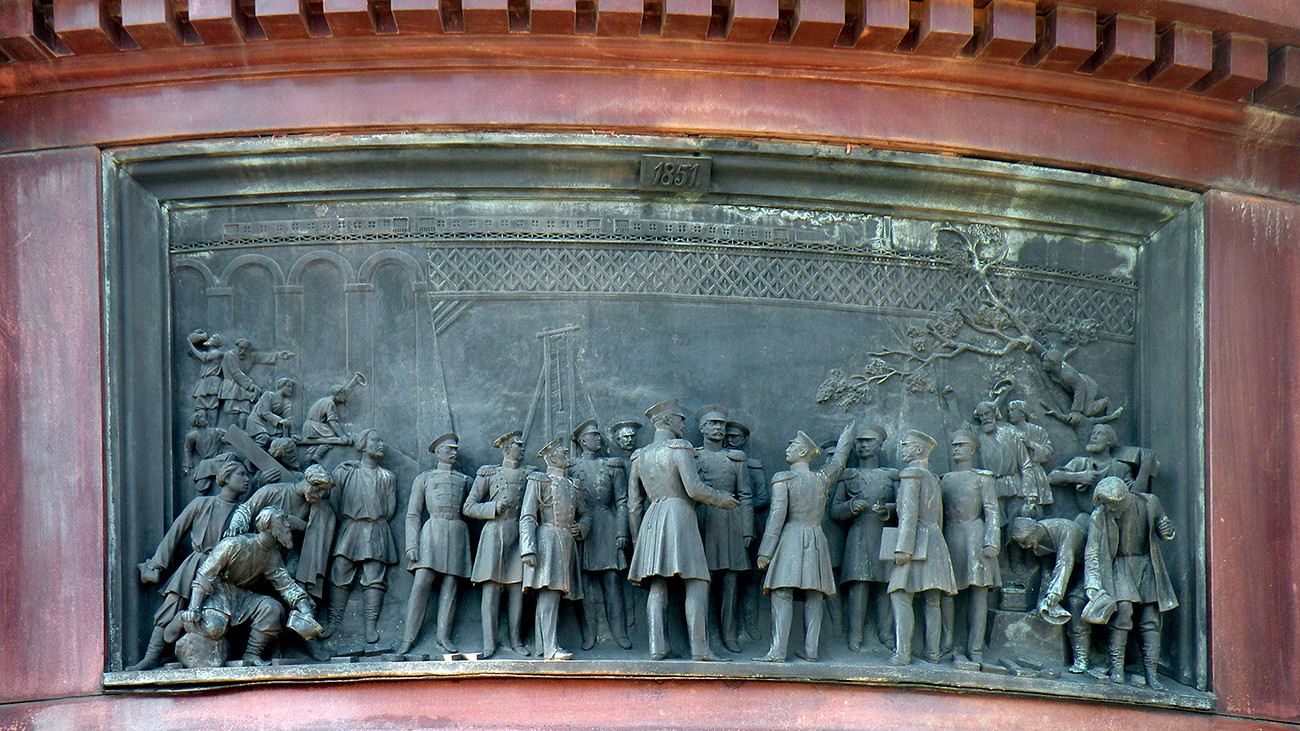 Nicholas I approving the construction of the Verebya bridge (part of the bas-relief on the monument to Nicholas I in St. Petersburg).

The same anecdote is sometimes told about Stalin and the Trans-Siberian, and even about Peter the Great and the road from Moscow to St. Petersburg! In any case, the time has come to debunk it. 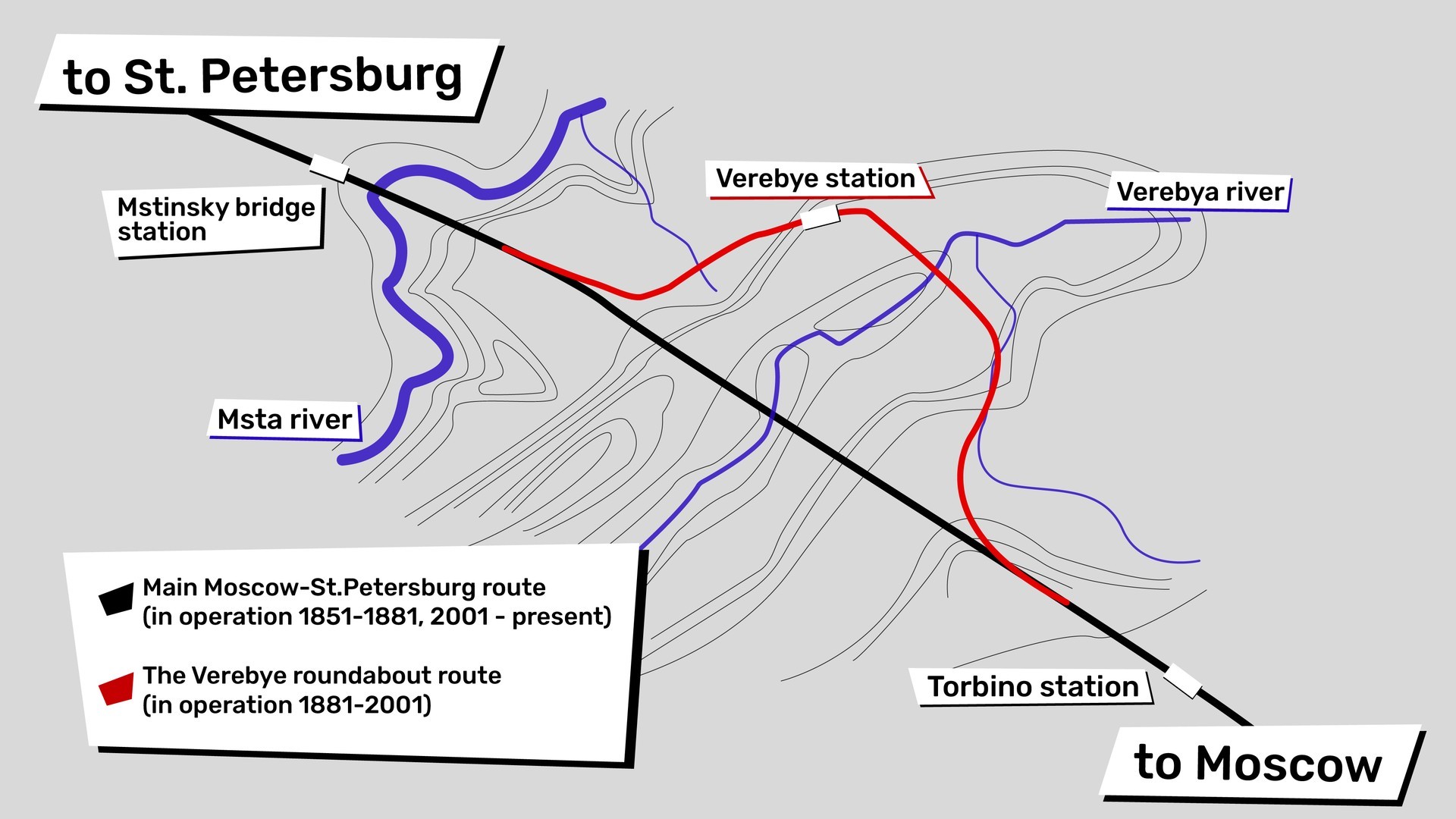 The famous curve was located near the village of Verebye in the Novgorod region. And at first, the line here was perfectly straight, but this used to cause massive problems.

Building straight railroad lines, one encounters impressive elevation differences. Here, they were huge: Mstinsky Most (Msta Bridge) station was 79 meters above sea level, and the next station, Torbino, was already 192 meters, so there’s a very steep 21-kilometer hill that trains had trouble ascending (and descending). 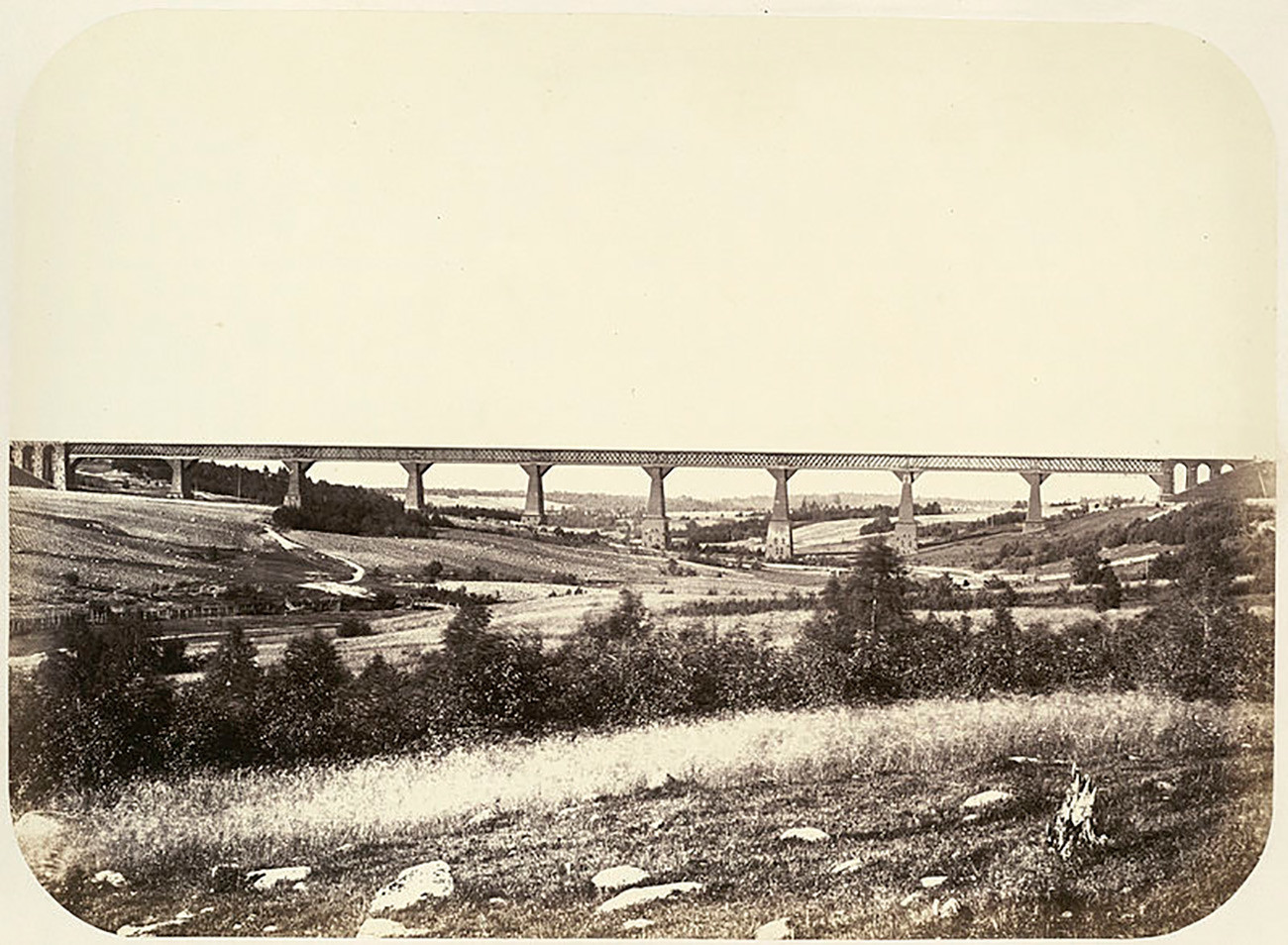 When descending, their brake pads just burned up from constant braking, and trains had trouble stopping when going to St.Petersburg and coming to Mstinsky Most down the hill. Trains from St. Petersburg to Moscow, on the other hand, didn’t have enough power to ascend the hill, so the train cars had to be disconnected and drawn up the hill in groups. 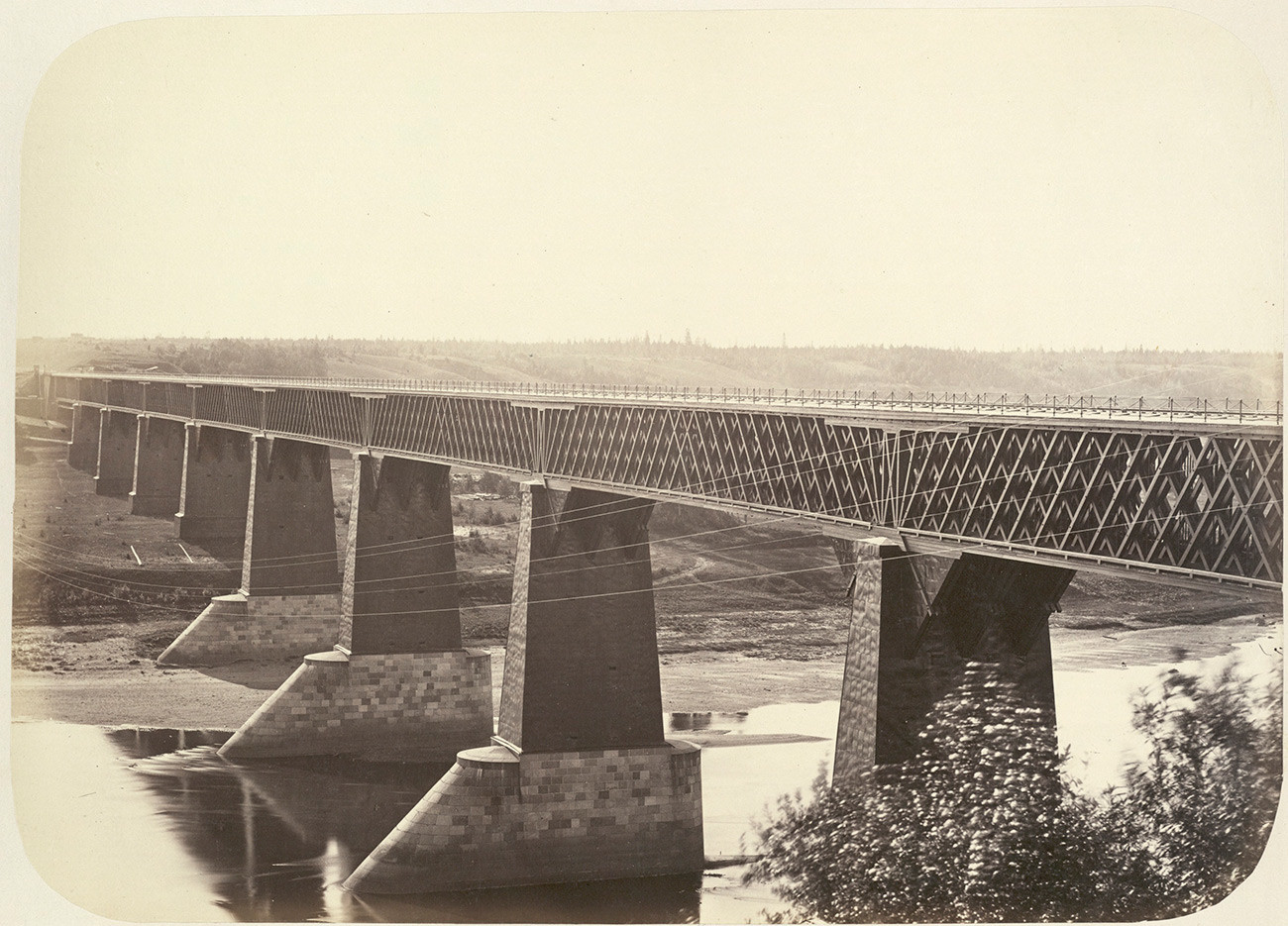 The Msta bridge that burned down in 1869

In February 1852, three months after the railroad had been put into operation, an accident occurred. At the station, the hill was so steep that if train cars were left unattended, they could roll down the hill. One train had so many cars that they could only be driven up the hill in two parts, and when the steamer rolled up with the second group of cars, the first group came rolling down the hill from the station, crashing into the steamer and the rest of the cars.

Still, nothing was done to fix the uphill line until in 1869, when the Msta bridge burned down. After that, an inspection revealed that the railroad there was too dangerous and subject to reconstruction.

How the ‘Emperor’s finger’ really appeared - and disappeared 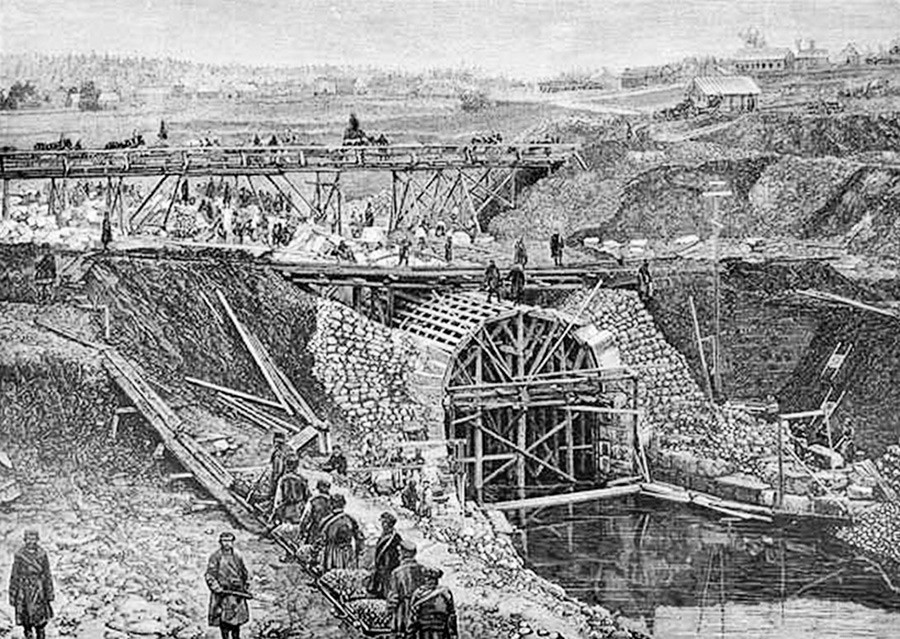 The Verebya dam under construction

A roundabout way was to be constructed, making this part of the railroad 5 km longer. The old bridge over the Verebya river was demolished, and instead of it, a railroad dam was built, with the river going inside it through a pipe. 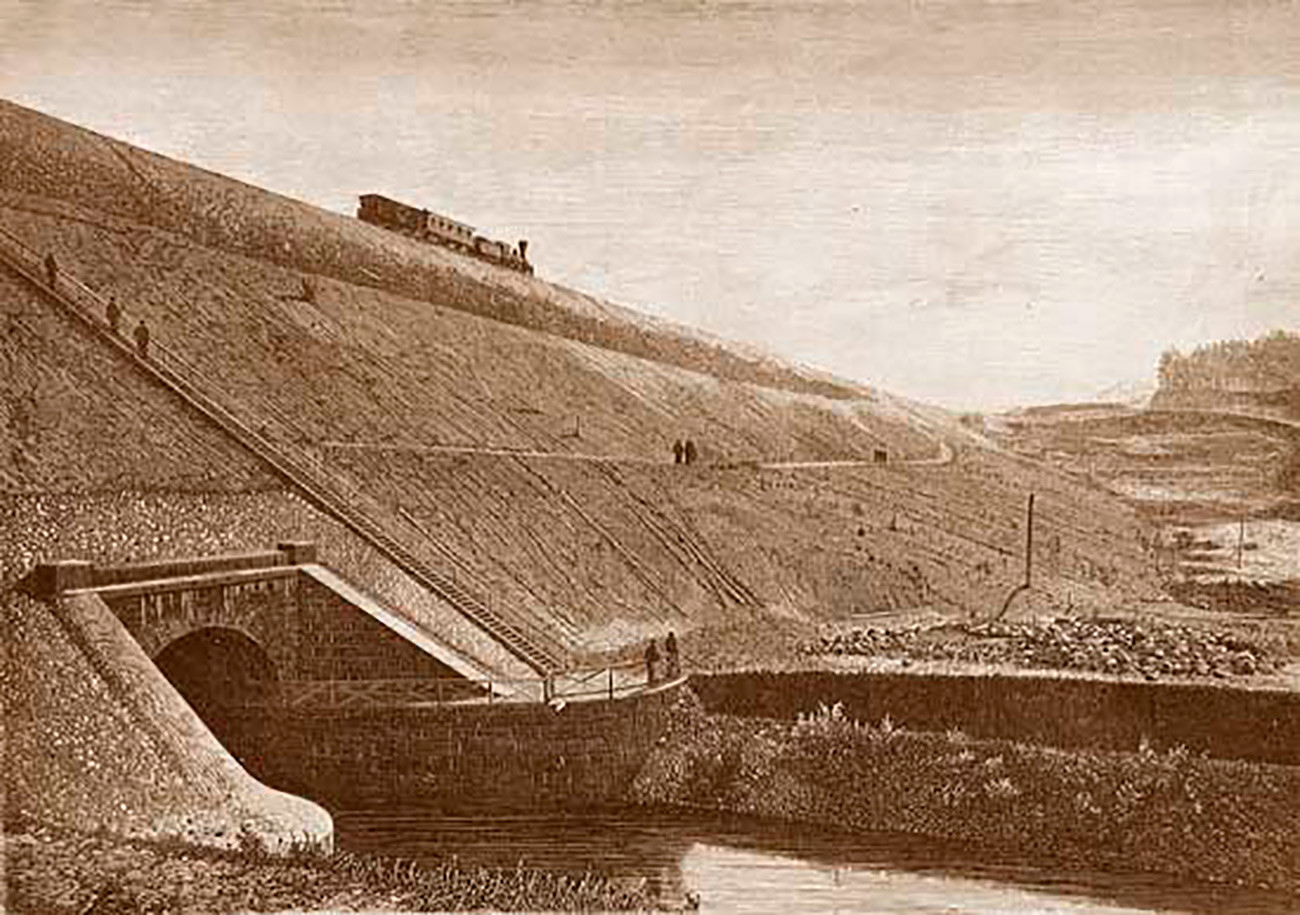 The Verebya dam and the river inside the pipeline

Two stations were added. The construction was finished in 1881 – and that’s how the curve appeared, the curve that resembled an ‘Emperor’s finger’ on the map. It didn’t matter that the Emperor in question, Nicholas I, had already been dead for 26 years. 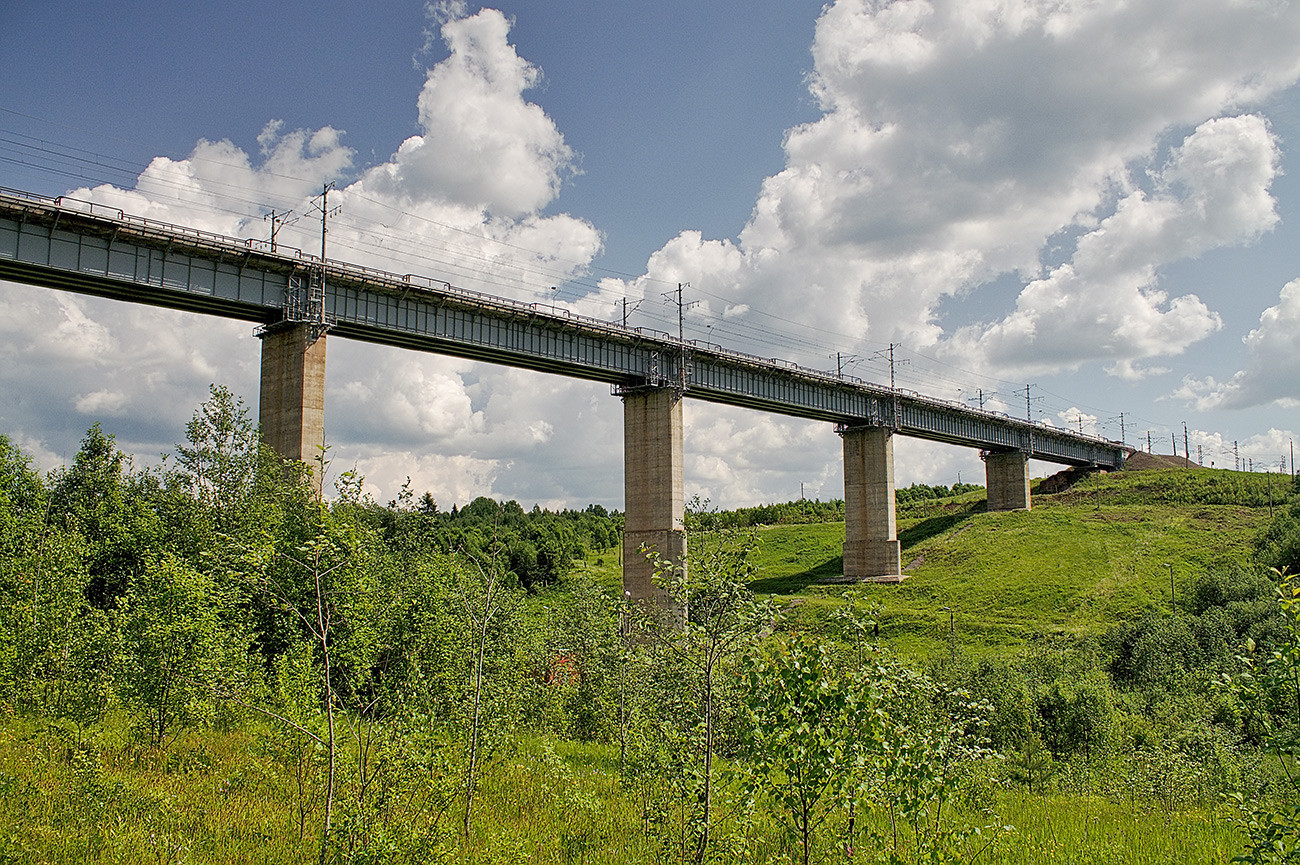 Currently, you won’t find the ‘Emperor’s finger’’ on the map of the Moscow-St.Petersburg railroad. In 2000, the Russian Ministry of Railways decided to straighten the railroad path here – the new high-speed trains required a straight pathway for safety reasons, as well as to retain their high speeds.