How Latvians defended communism in Russia 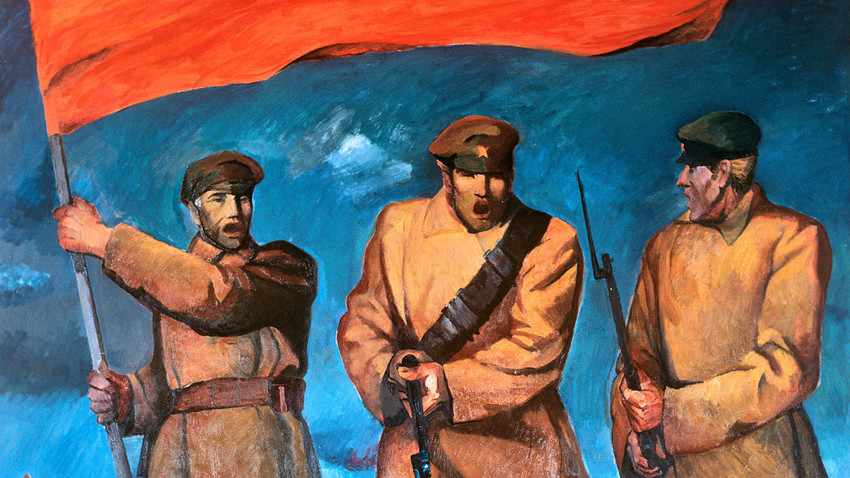 Mikhail Kuleshov/Sputnik
Excellent soldiers and brutal enforcers, Latvian troops did much to shore up Bolshevik power in Russia. Their reward, however, was not quite what they had in mind…

They were the most reliable and effective military force in the Bolshevik ranks. The Red Latvian Riflemen not only helped preserve Soviet power in the Russian Civil War, but even saved Lenin himself on more than one occasion.

Although the Russian imperial army opposed the creation of military units based on ethnicity, in 1915 there was no choice. The Germans had already occupied the territory of Courland (Western Latvia), and were advancing on Riga. 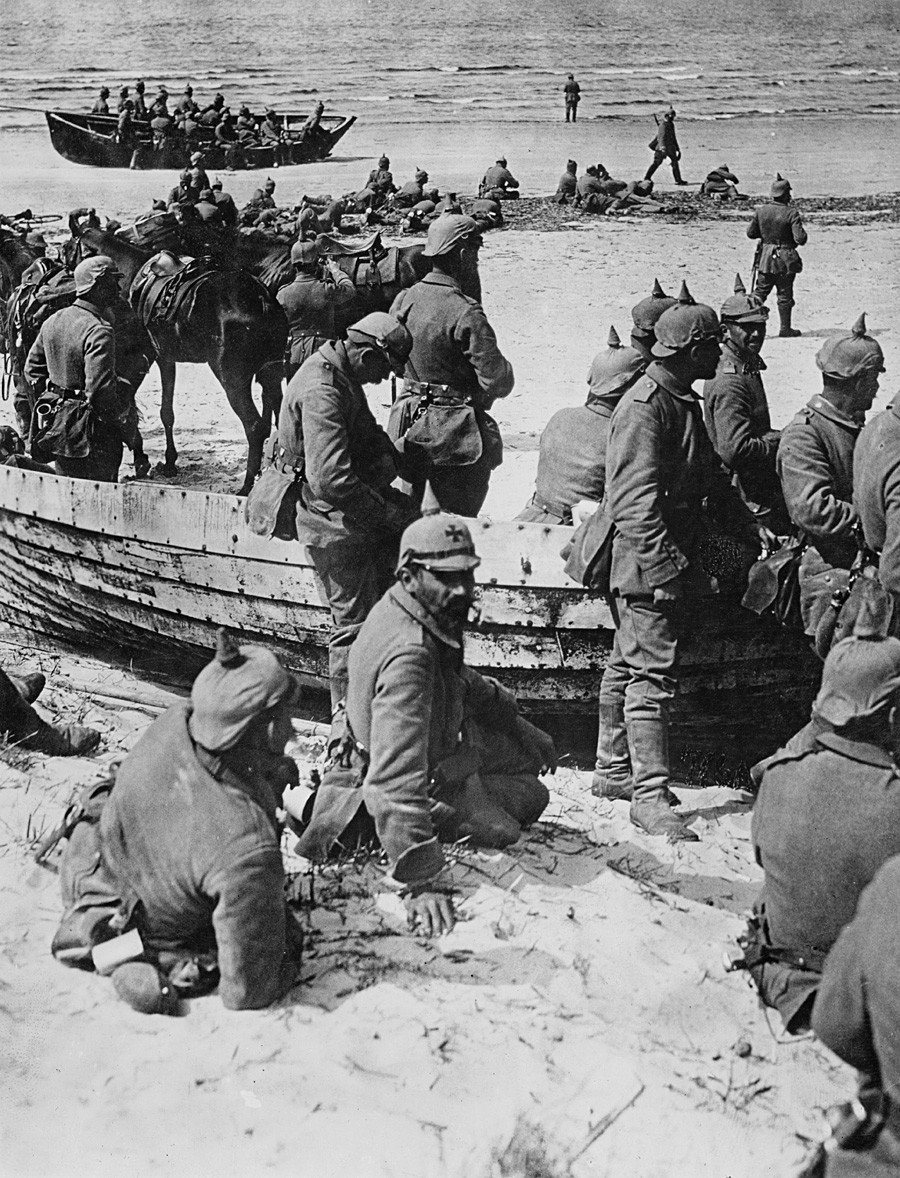 German soldiers resting on the beach at Skatre in Latvia, en route to Libau (Liepaja) during World War I, circa 1915

The order to form a Latvian voluntary corps was signed on Aug. 1 by the commander of the North-Western Front, Mikhail Alekseev, and by the end of the year six battalions were engaged. Their resistance played a decisive role in preventing the Germans from taking Riga and thereby opening the way to the capital, Petrograd.

The Riflemen fought the enemy with a self-sacrificial, almost suicidal heroism. For instance, during the Mitau (Jelgava) offensive (also known as the “Christmas battles), the Latvians lost up to 9,000 men in breaking (together with fellow marksmen from Siberia) the enemy’s well-prepared defenses.

When, after the February Revolution of 1917, Russian army discipline began to disintegrate, the Latvian Riflemen were among the few who maintained their combat morale. Since most of Latvia was now occupied by the Germans, they simply had nowhere to desert. 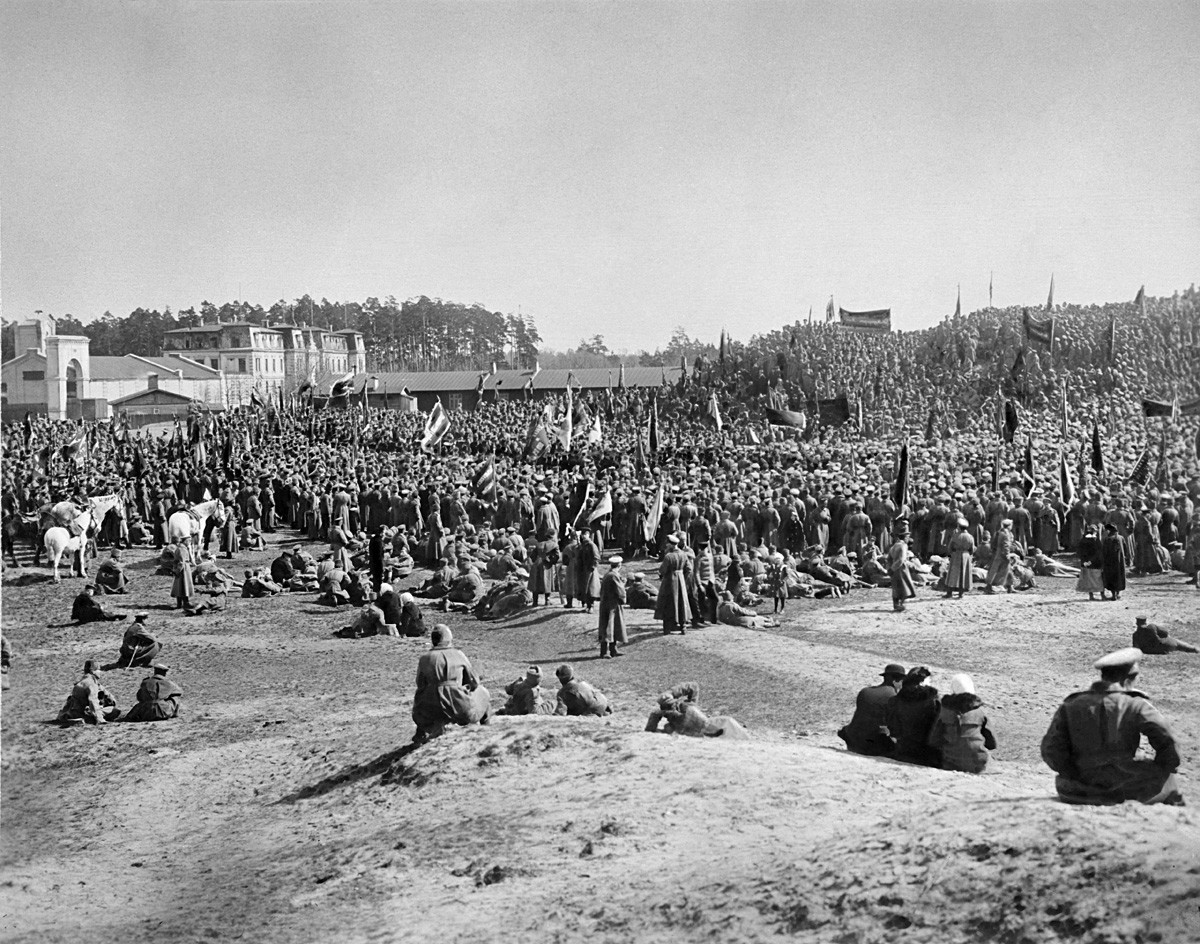 A rally near Riga after the February Revolution

Most of them welcomed October 1917 with open arms. The communist ideals greatly appealed to them, as well as the Bolsheviks’ promise to conclude a long-awaited peace. “All manifestations of counter-revolution, whatever their source, we will immediately face down with all the might of our weaponry,” read a resolution issued by the 6th Regiment of Latvian Riflemen.

The well-organized, trustworthy, and now “Red” Latvian Riflemen became the Bolsheviks’ metaphorical and literal fire-fighting crew. Deployed on the deadliest sections of the Civil War fronts, they defended Petrograd from Yudenich and Moscow from Denikin, and struck a fatal blow to Wrangel in Crimea (all three being White commanders). In 1919 they even managed to establish Soviet power in their Latvian homeland — but not for long.

The Red Latvian Riflemen took an active part in suppressing numerous uprisings throughout Bolshevik-controlled territory. Their brutality even gave rise to a popular saying: “Don’t look for an executioner, look for a Latvian!” 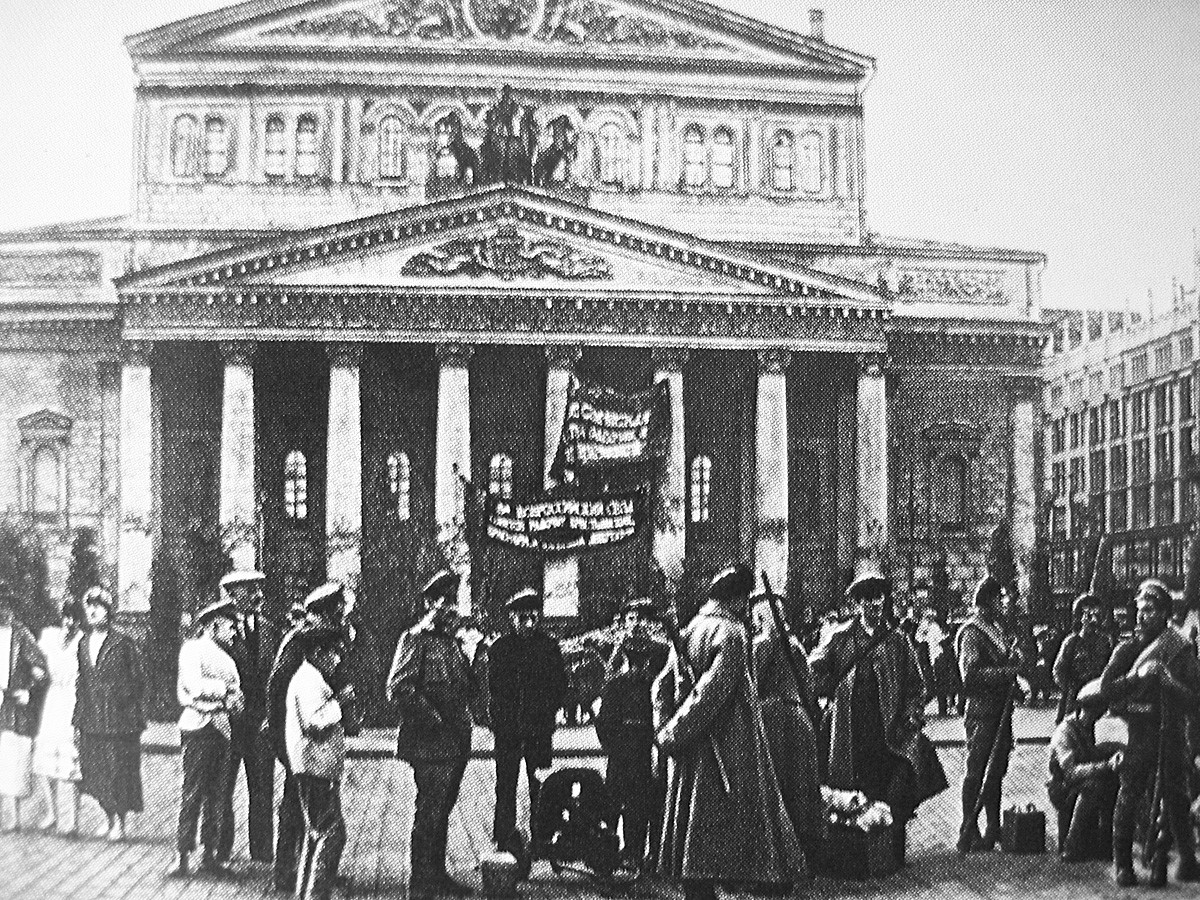 “Everyone feared them. Cities, towns, and villages all submitted to them. They didn’t give way to anyone. With hats thrown back, open collars, and rifles hanging off the shoulder with buttstock pointing up, they traveled across Russia from end to end, sweeping aside all who stood in their way,” wrote war correspondent Janis Porietis about the Red Latvian Riflemen.

They were the ones entrusted with guarding key strategic sites in Moscow, as well as Lenin himself and other Bolshevik leaders. The Latvian Riflemen were, according to historian Vladimir Buldakov, nothing less than “the Praetorian Guard of the Kremlin.”

Revolt of the SRs

On July 6, 1918, the leftist Socialist-Revolutionaries (SRs), the Bolsheviks’ bedfellows in the government coalition, wholly dissatisfied with the punishing (for Russia) Treaty of Brest-Litovsk, rebelled in Moscow, which was now the capital again. The choice of date was no accident: on this day the Red Latvian Riflemen were outside the city, celebrating their national festival, Jani Day. 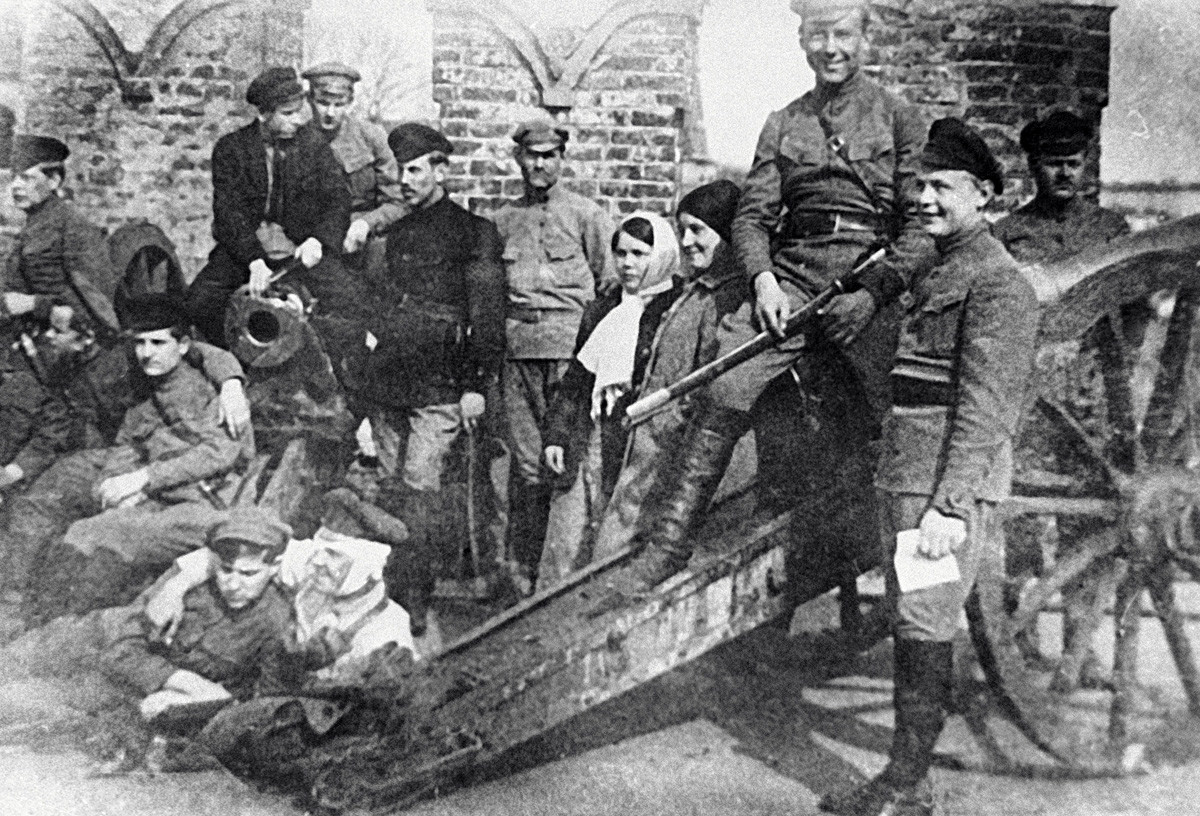 Having assassinated the German ambassador, Wilhelm von Mirbach, in an attempt to provoke Germany into declaring war again, and having arrested the head of the Cheka, Felix Dzerzhinsky, SR-loyal troops began to occupy key buildings in the capital. The sword of Damocles was hanging over both Lenin and the whole of Bolshevik power.

It was the Latvians who again rode to the rescue. Despite numerous obstacles and heavy losses, the assembled regiments launched an assault and suppressed the rebellion in just 24 hours.

Another opportunity for the Latvian sharpshooters to show their mettle presented itself very soon afterwards. August 1918 saw the so-called “conspiracy of ambassadors,” many details of which are still classified. 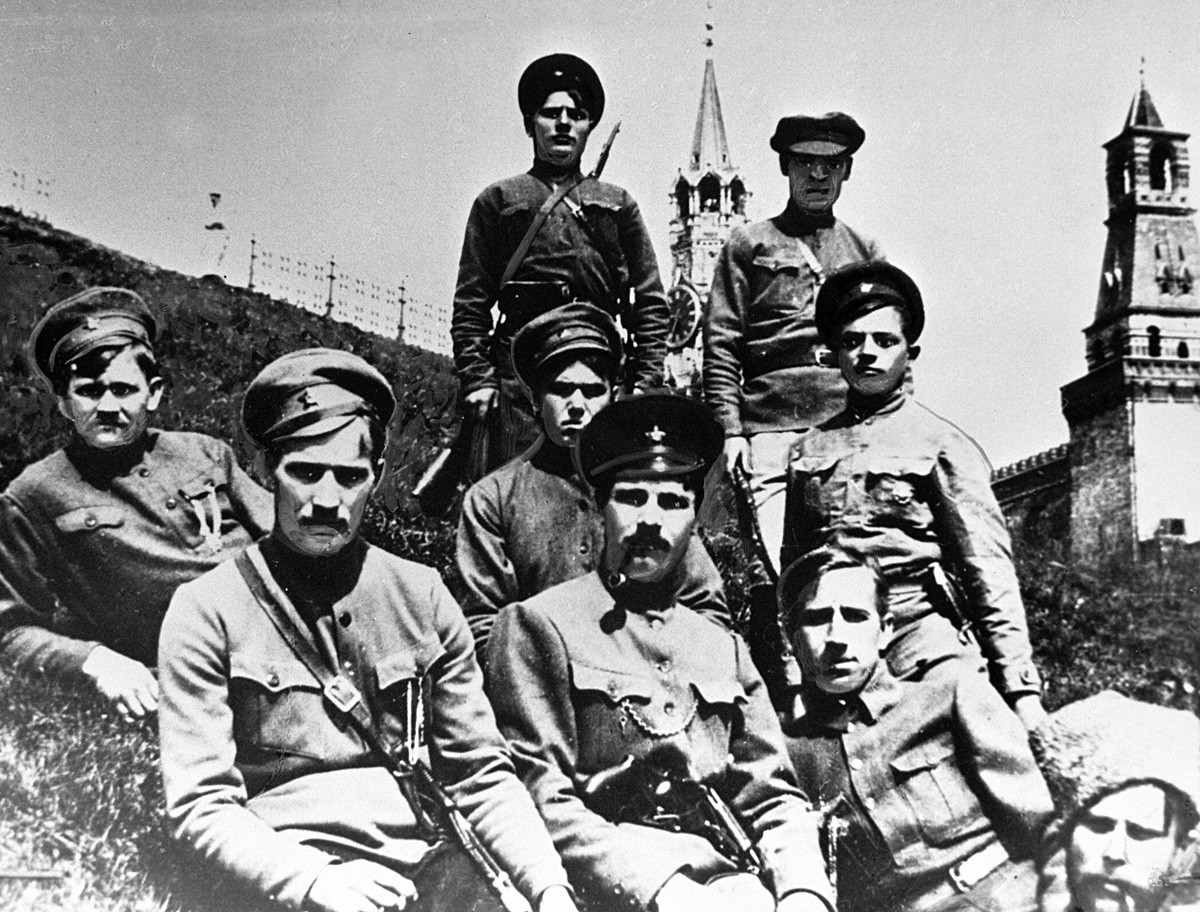 According to the version of events of one of the Cheka leaders, Jēkabs Peterss (also a Latvian, but not a rifleman), the head of the unofficial British mission, Robert Lockhart, aided by the ambassadors of France, Joseph Noulens, and the US, David Francis, tried to bribe the Latvian Riflemen to either arrest or assassinate Lenin, and then join the advancing troops of the interventionists.

However, the commander of the artillery battalion of the 1st Latvian Division, Eduards Bērziņš, whose palms the conspirators tried to grease, turned out to be a Cheka agent. The plot was duly uncovered.

The levers of power

After the rout of Wrangel’s troops in Crimea and the end of the active phase of the Civil War, the Latvian rifle units were disbanded. Some soldiers returned to “bourgeois” Latvia, while many others began to seek a place for themselves in their new homeland. 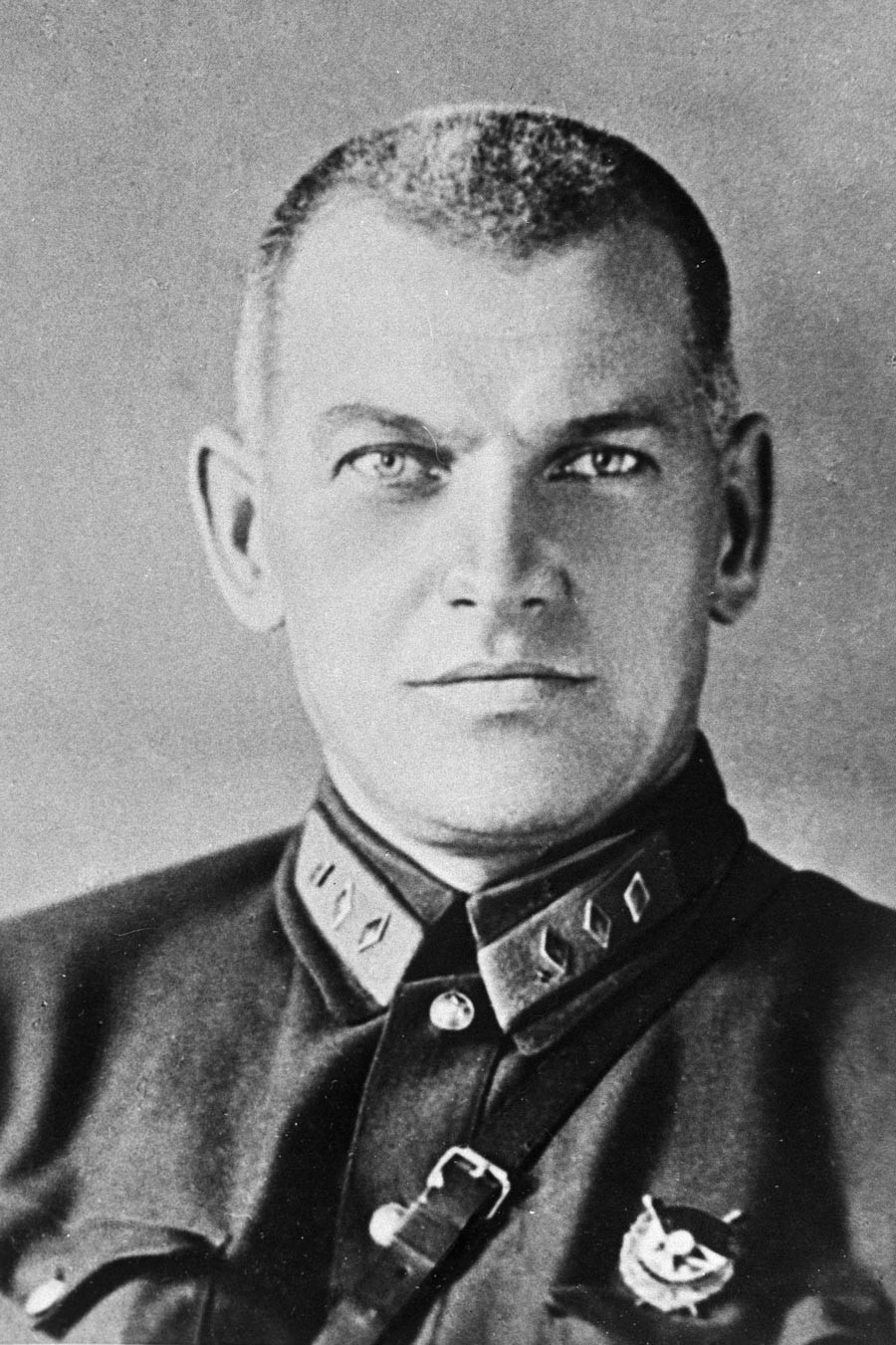 The commanders of the Red Latvian Riflemen (as well as some other Latvians, not connected to the Riflemen) attained dizzying heights in Soviet Russia and across the USSR. Gustav Bokis, for instance, headed the mechanized forces of the Red Army, Jukums Vācietis served for a while as commander-in-chief, and Jēkabs Alksnis commanded the air force. Having played a key role in the Lockhart affair, Eduards Bērziņš was instrumental in setting up the Gulag system, while his namesake Jānis Bērziņš (real name Pēteris Ķuzis) was the creator and director of Soviet military intelligence.

However, “Lenin’s Praetorians” — highly valued in the 1920s — fell dramatically out of favor in the Stalinist 1930s. Most were arrested and shot during the Great Terror.