Why did over a million Soviets fight for Germany during World War II? 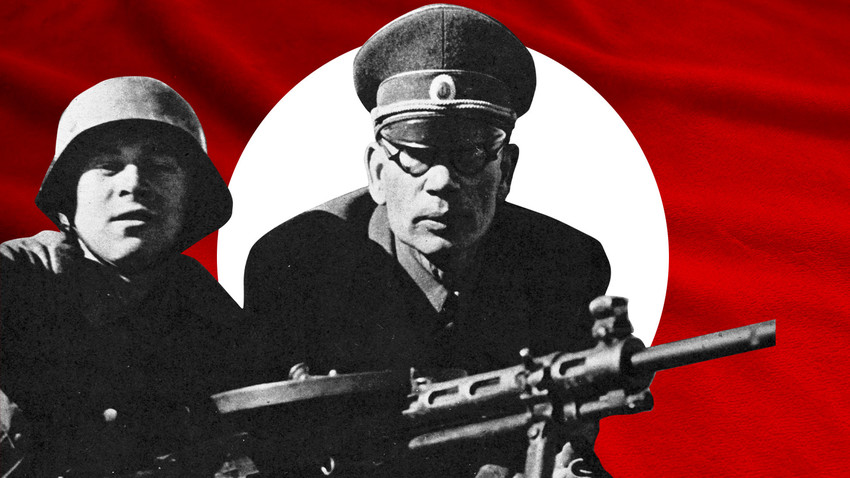 Andrei Vlasov (in the center) became the symbol of treachery after he, captured by the Nazis, sided with them.

Getty Images, Russia Beyond
It is not the proudest moment in Russian history, but the fact remains that there were a number of Nazi collaborators in the Soviet Union.

On July 12, 1942, World War II was raging in the Soviet Union. Vast territories in the western part of the USSR were under German control, and Soviet efforts to liberate these areas from the Nazis had not yet succeeded. The 2nd Shock Army of the Volkhov Front, part of an attempt to provide relief during the Siege of Leningrad, was surrounded by the Wehrmacht and brutally defeated.

Two weeks later, a local village chief reported to the Germans that he had caught a suspicious man, perhaps a guerilla fighter, and kept him in a barn. When soldiers with machine guns approached the barn, a tall man in glasses came out and said in struggling German: “Don’t shoot. I’m General Vlasov.” This was quite a big fish to catch: Andrei Vlasov headed the 2nd Shock Army and had previously fought heroically to defend Kyiv and Moscow. 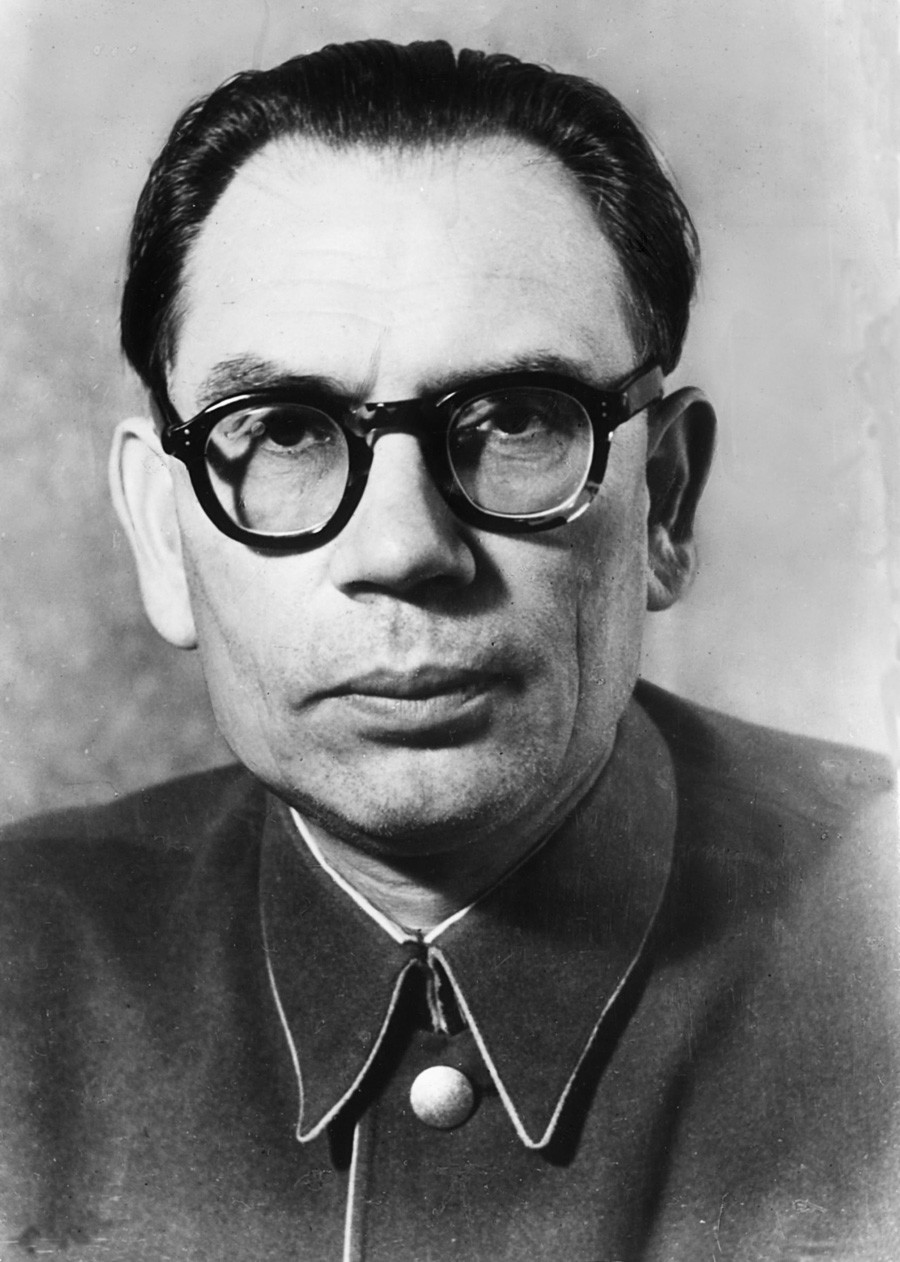 All this glory, however, would be negated and covered with disgrace when Vlasov agreed to serve Germany and to lead the so-called Russian Liberation Army, which consisted of Soviet POWs who had turned against their own country. Even today, Vlasov’s name is deeply associated with treachery. He became a symbol of collaboration, and those who committed treason during World War II and worked with Germany are commonly referred to as Vlasovtsy (“Vlasov’s people” in Russian). But in fact, there were far more Soviet citizens and ethnic Russians – and not just members of the RLA – who decided to cooperate with the Nazis. 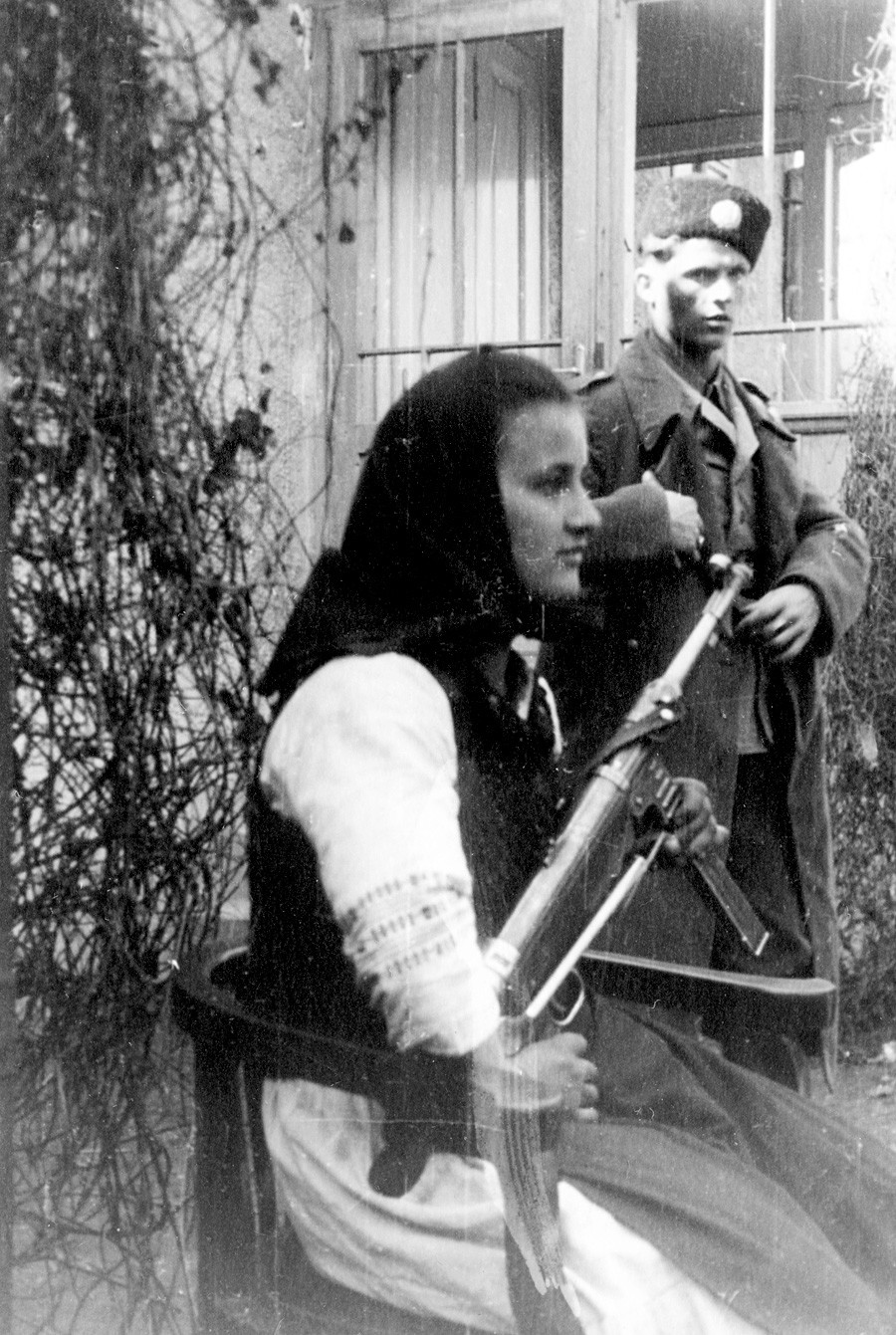 Soviet collaboration is, to put it mildly, not a popular theme for discussion in Russia. Perhaps this is all part of Russia’s Soviet heritage: “For almost 50 years, the fact of collaborationism was silenced in our country,” notes historian Sergei Drobyazko who provides a thorough analysis of this theme in his work Under the Enemy’s Banner: Anti-Soviet Formations within the Wehrmacht, 1941-1945.

The mere fact that some Soviet citizens preferred siding with Hitler to the Soviet authorities was too scandalous to discuss during the Soviet period. And this wasn’t just some small group of freaks either. “In total, the number of Soviet citizens and Russian emigrants serving within the ranks of the Wehrmacht, SS, police and pro-German militias was close to 1.2 million people (among them up to 700,000 Slavic people, up to 300,000 Baltic people and up to 200,000 Turkish, Caucasian and other people from minor ethnicities),” Drobyazko writes.

There are two important things to remember here. First, this doesn’t mean that all 1.2 million of these people were actually fighting against the Soviet Union. Rather, the majority of them were used as police forces, drivers etc. and/or on were not on the Eastern Front. Second, this number is quite low given that, according to the 1939 census, there were 170 million people living in the USSR before the war. In other words, the vast majority of Soviet people fought bravely against the Nazis and remained loyal to their country. But it’s still worth asking: why did so many Russians side with Germany? 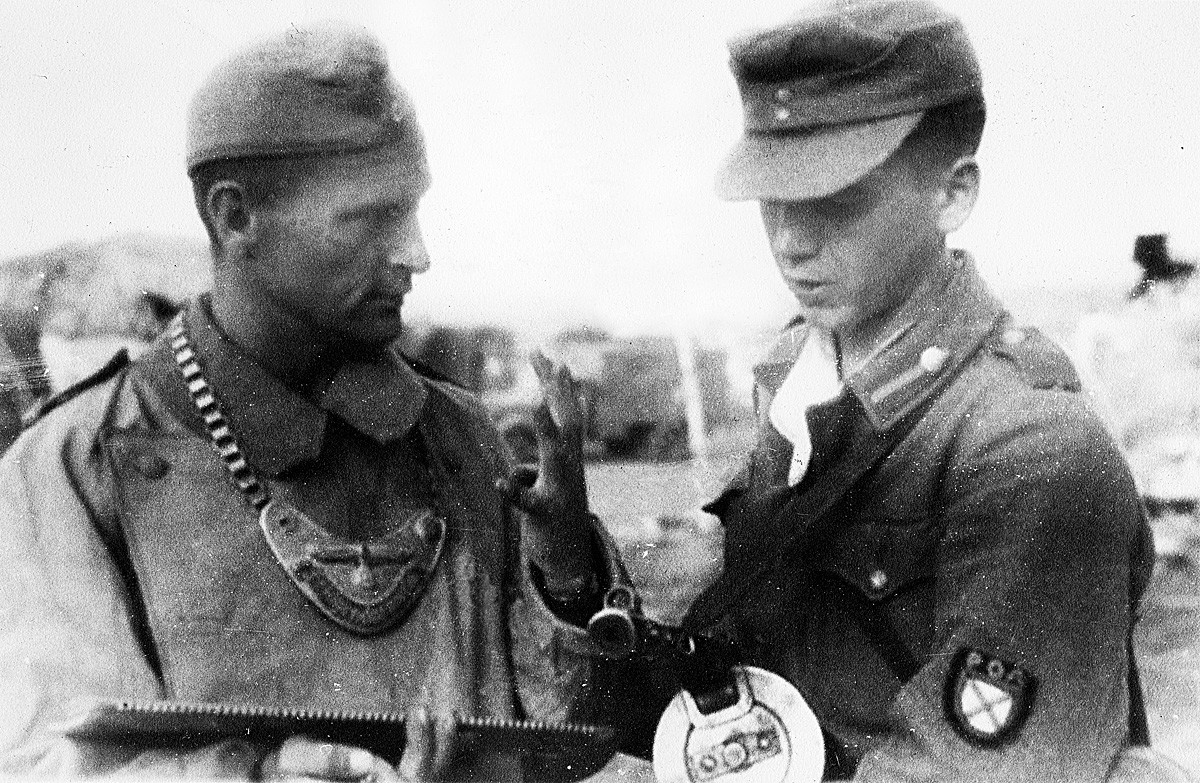 Before the war, the Soviet Union looked a bit like a giant powerful red monolith, especially from the outside, but in fact, it had major problems. Not everyone, to put it lightly, was satisfied with the Bolsheviks' rule, especially in light of the brutal repressions that took place under Joseph Stalin. Moreover, the war began catastrophically when, during the summer and autumn of 1941, the Nazis occupied vast territories and advanced toward Moscow. Many questioned whether it was even viable to fight back.

“The catastrophic defeats the Red Army suffered in the summer-autumn of 1941 flooded people with thoughts of poor leadership, the inability of the Soviet authorities to control the situation and even treason. Moreover, the war opened up the contradictions which the Soviet society had been suffering from…” Drobyazko notes. He goes on to note that, “At the same time, by no means, all who suffered from Stalin’s regime found it possible to recall it in the hour when the country was in grave danger.” 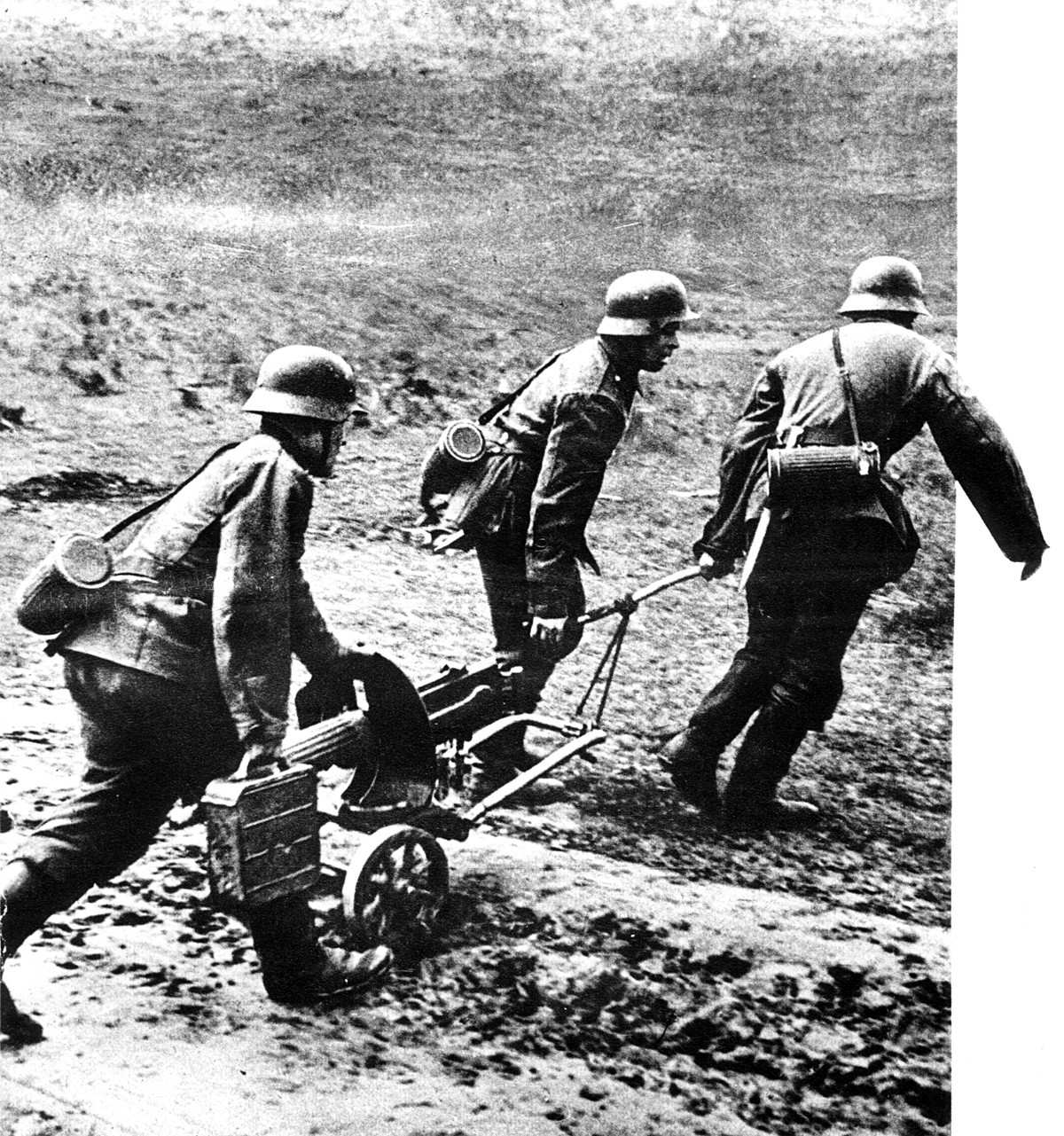 Oleg Budnitsky, director of the International Center for the History and Sociology of World War II, emphasizes the difficult choices many collaborators faced: “Most [Soviets who fought for Germany] became the Nazis’ assistants due to circumstances… In a critical situation they chose an option they considered a lesser evil or simply that could save their lives.” The Soviet authorities did not exactly help things in these cases. Since the beginning of the war, Soviet POWs were treated by their government with suspicion and viewed as potential traitors. This encouraged some of them to actually become traitors.

At the same time, Budnitsky notes, there was a percent of people who were deeply opposed to the Bolsheviks and fought against the USSR for ideological reasons. The White Army émigrés who had to leave Russia after the Reds won (although again, only a small portion of these sided with the Nazis) and people from the territories that the USSR had annexed before World War II: the formerly independent Baltic states and the areas of Western Ukraine and Western Belarus that used to be part of Poland. 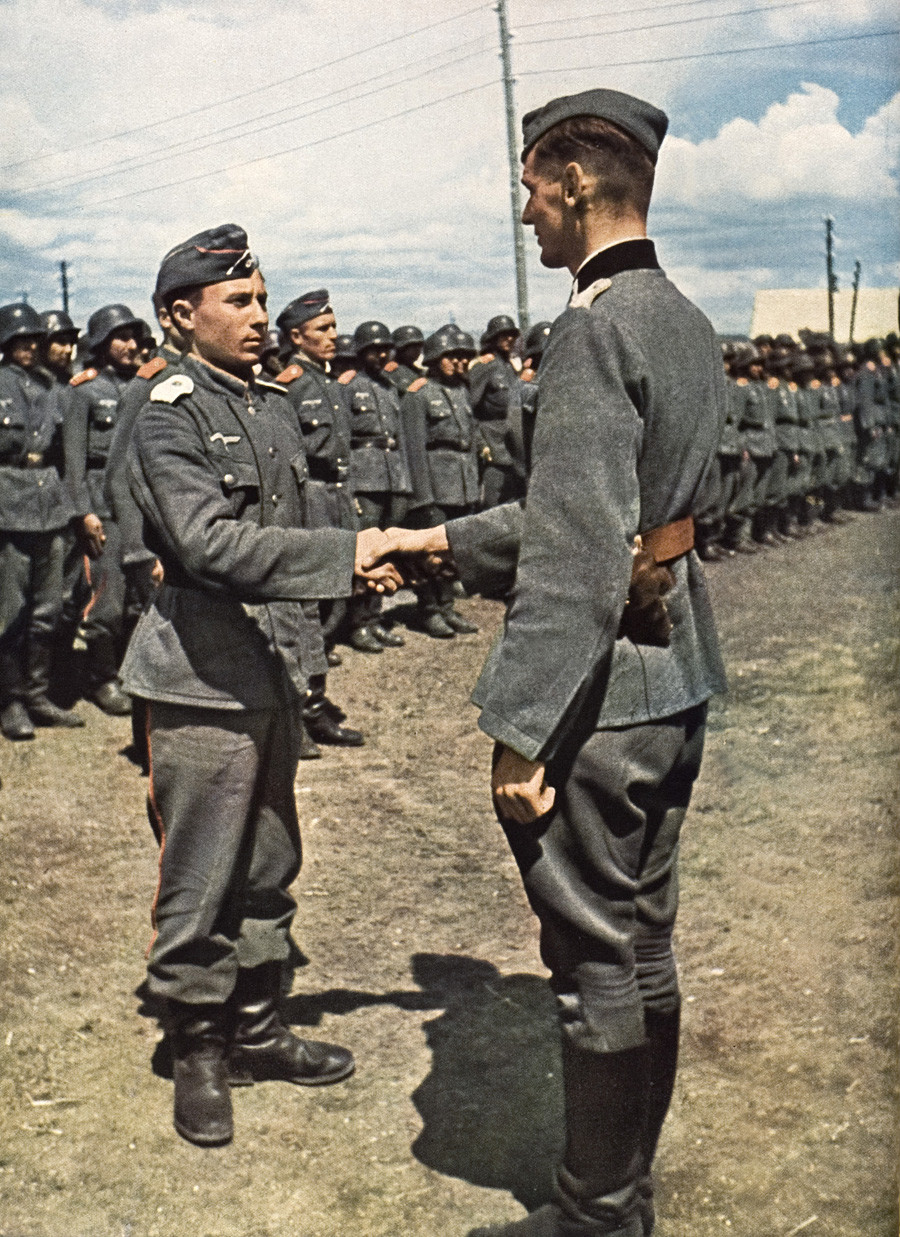 Volunteers of the Russian Liberation Army.

If the Third Reich had taken full advantage of people eager to fight against the USSR, this would have dramatically increased their chances of winning. “The resistance of the Red Army soldiers will be broken the day they realize Germany will bring them a better life than the Soviets,” said Otto Bräutigam, a German official within the Ministry of the occupied territories, in 1942.

The idea of hitting on the theme of “Russia without Communists” was popular among some Reich officials. Fortunately for Moscow, Hitler’s stubbornness nipped this idea in the bud, and he didn’t want to even hear anything about a Russian state, no matter how anti-Communist or loyal it might be. His doctrine required destroying not only the USSR but the very notion of Russian statehood as well, capturing all its Lebensraum (living space) in the process. “The stupidest thing to do in the occupied Eastern territories is to give the occupied nations a weapon,” Hitler insisted.

That is why, until the Nazis became absolutely desperate in 1944, they only used pro-German Soviets, including Vlasov and the RLA, as a propaganda tool. They gladly bombed the Red Army with leaflets urging them to rebel but refused to actually give Vlasov any real army to command. Another Russian formation within the Wehrmacht, the Russian Protective Corps, was used in Yugoslavia to fight against local partisans in 1942-1944, but Hitler didn’t trust Russians enough to let them fight against the USSR itself. 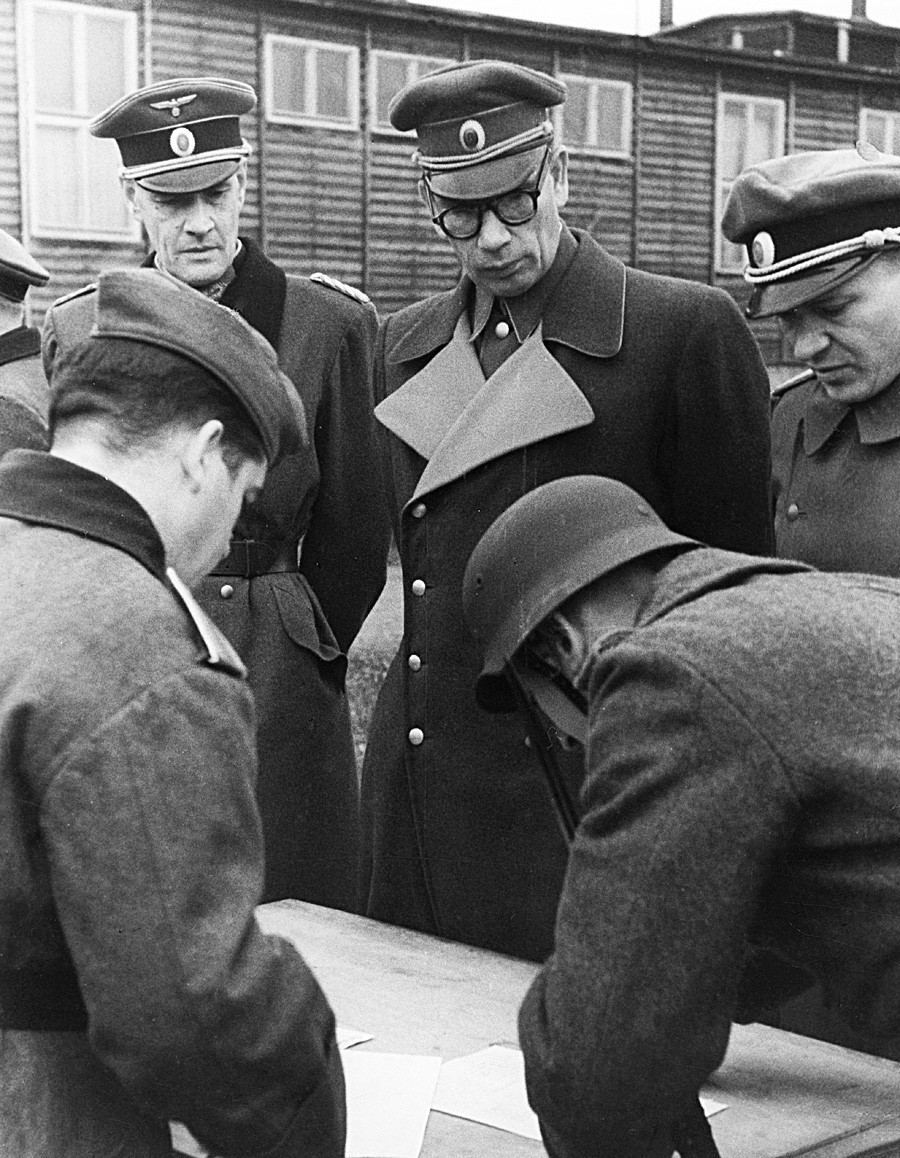 All this only changed in September 1944, as the Red Army was approaching Germany. At that point, the Nazis were desperate enough to use anything that might keep their collapsing empire intact. Heinrich Himmler himself met with Andrei Vlasov and sanctioned the creation of the Committee for the Liberation of the Peoples of Russia and its Military Forces, which was to be under Vlasov’s command. The Military Forces included about 50,000 people.

They fought against the Red Army for just three months, from February until April 1945. As you can probably guess, they didn’t exactly find much success. Nazi Germany was already doomed at this point. After its defeat, Vlasov and all of his commanders were captured by the Soviets and promptly tried, executed and forgotten.

“To my mind, there can be no excuses for those who assisted the Nazis, regardless of their motives,” says Oleg Budnitsky. “Of course, the Bolshevik regime was terrible and inhumane, but Nazism, which those people served, was absolute evil.”