How a cadet punched Stalin

Getty Images; Legion media; МАММ/МDF/russiainphoto.ru
Having climbed onto the platform on Lenin’s tomb, the cadet, whose job was to protect Stalin, instead punched the Soviet leader in the back of the head.

In the 1930s, few would have believed that someone could hit the all-powerful “Father of Nations” Joseph Stalin and escape punishment. However, in the late 1920s the situation was somewhat different.

On Nov. 7, 1927, the entire Soviet Union was preparing to celebrate the most important date on the calendar: the tenth anniversary of the October Revolution with a traditional military parade on Red Square.

The country’s leaders were due to gather atop the Lenin Mausoleum to observe the marching troops. To prevent possible assassination attempts, cadets were brought in from the Frunze Military Academy to assist the OGPU security officers responsible for the Soviet leaders’ safety. Among them was Stalin’s assailant-to-be, Yakov Okhotnikov. 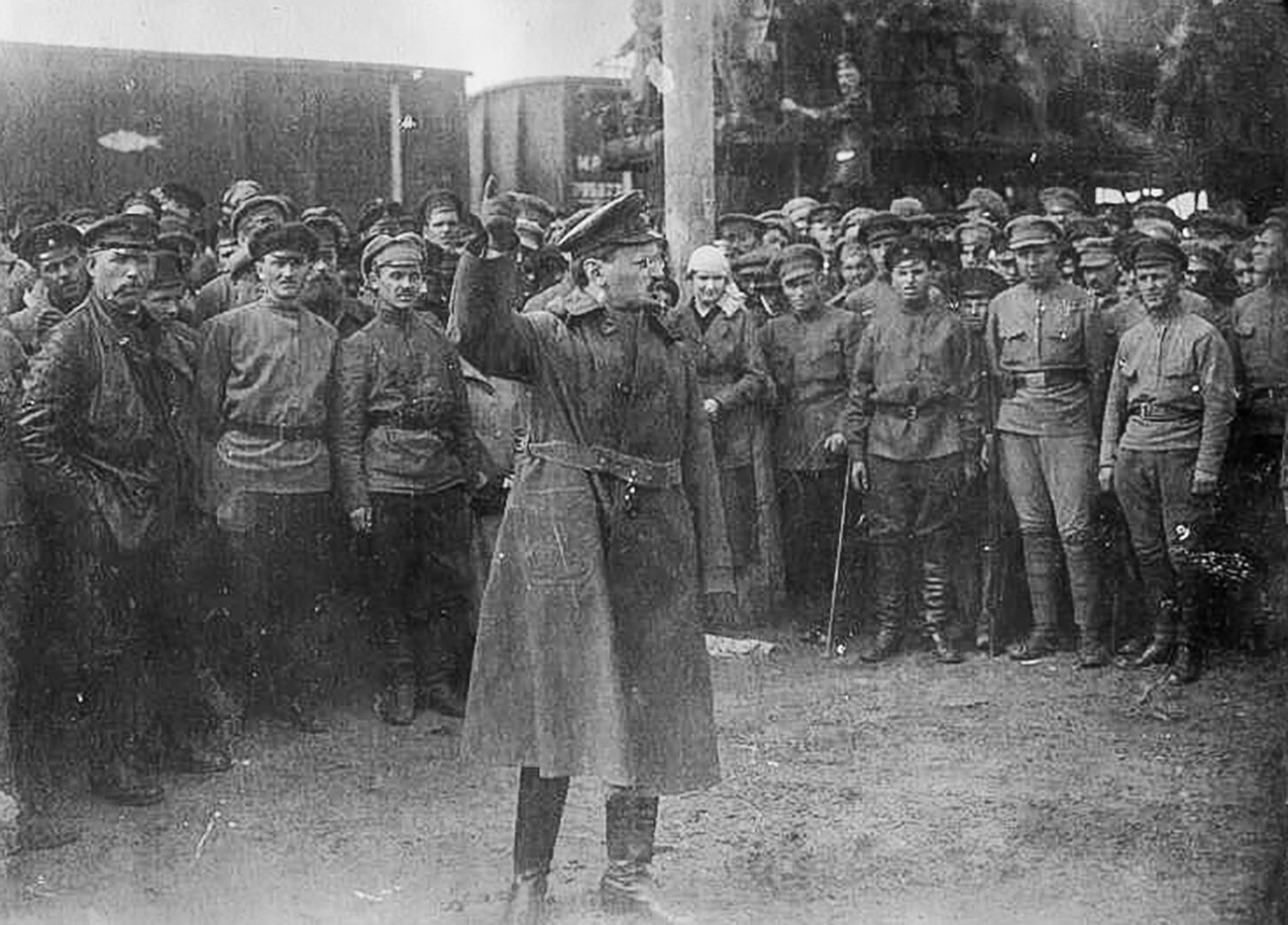 Cadet status did not mean that Okhotnikov was wet behind the ears. Far from it. The 30-year-old Yakov had gone through a baptism of fire in the revolution and the Russian Civil War, and in commanding roles at that.

However, Okhotnikov’s post-war career had been less brilliant. An ardent Trotskyite, he refused to hide his views even when his idol fell into disgrace after losing the internal political struggle with Stalin in the mid-1920s. For his propaganda of Trotskyism, Okhotnikov faced party sanctions. However, that did not stop the head of the Frunze Military Academy, Roberts Eidemanis, from sending him to guard Stalin in the flesh.

Together with two other cadets, Vladimir Petenko and Arkady Gellerem, Okhotnikov was tasked with guarding the party leadership on the mausoleum platform. The problem was, however, that they arrived late.

Having run to the mausoleum, they encountered an OGPU officer who blocked their path. Pushing him to one side, the trio made their way onto the platform, where the Soviet leaders were already assembled. 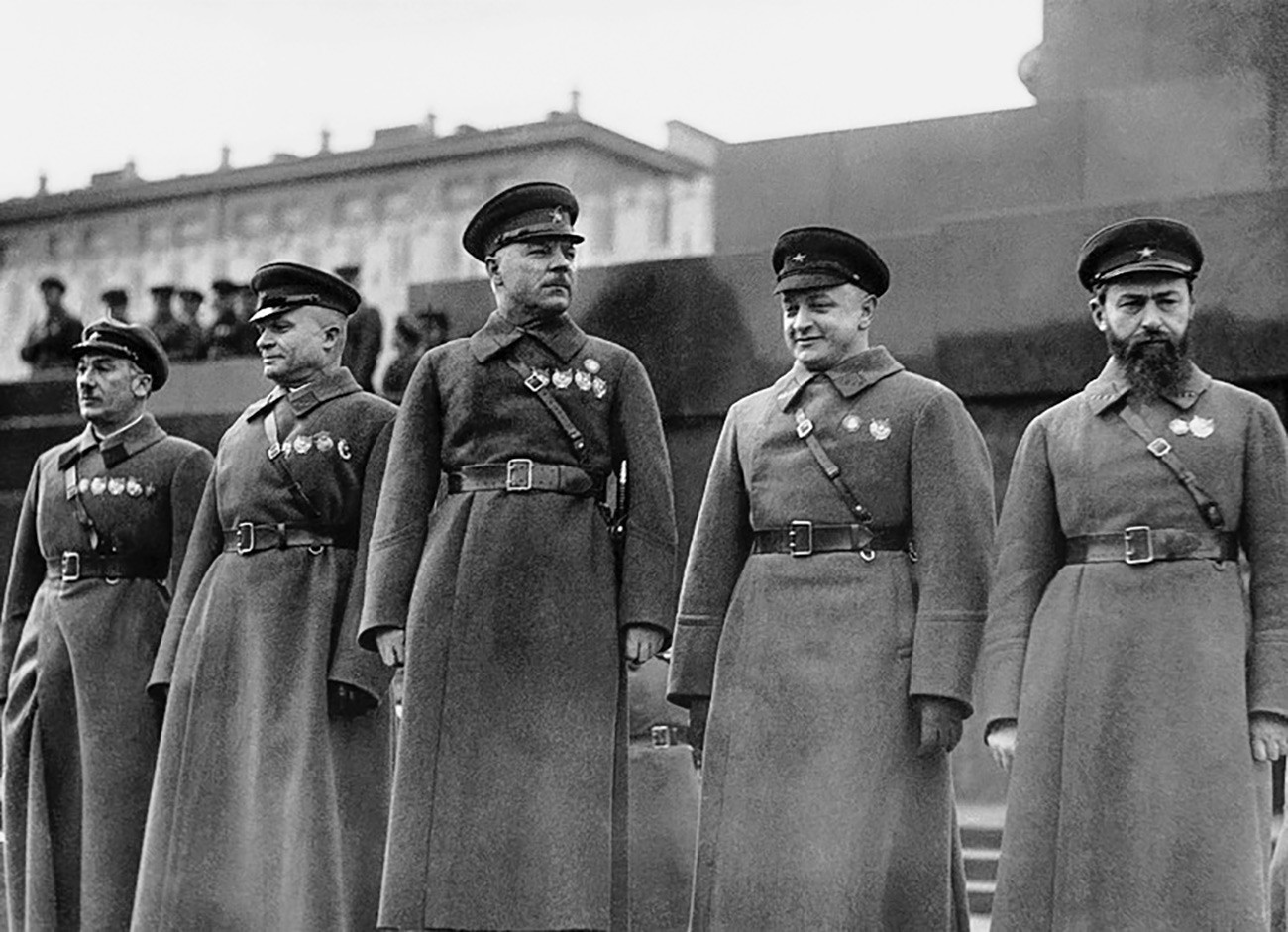 The security team, desperate to thwart any perceived assassination attempt, tried to forcibly stop the cadets, which led to a mass brawl. Because of the loud noise from the parade below, the Kremlin bigwigs were not even aware of the heated altercation behind them.

Okhotnikov quickly extracted himself from the scuffle and, hot in the cheeks, went up to the unsuspecting Stalin. Unexpectedly for the latter, the cadet hit him on the back of the head with his fist and said: “We’ve come to guard you. What’s going on?”

It may have been more than resentment at the unwelcoming reception that caused the cadet to raise his hand against the Soviet leader. Perhaps Okhotnikov was consciously or otherwise avenging his political mentor Trotsky.

Yakov’s second blow to the Soviet leader’s head was intercepted by guard Ivan Yusis. The use of firearms was strictly prohibited atop the mausoleum, so the Lithuanian guard drew a knife and wounded Okhotnikov. 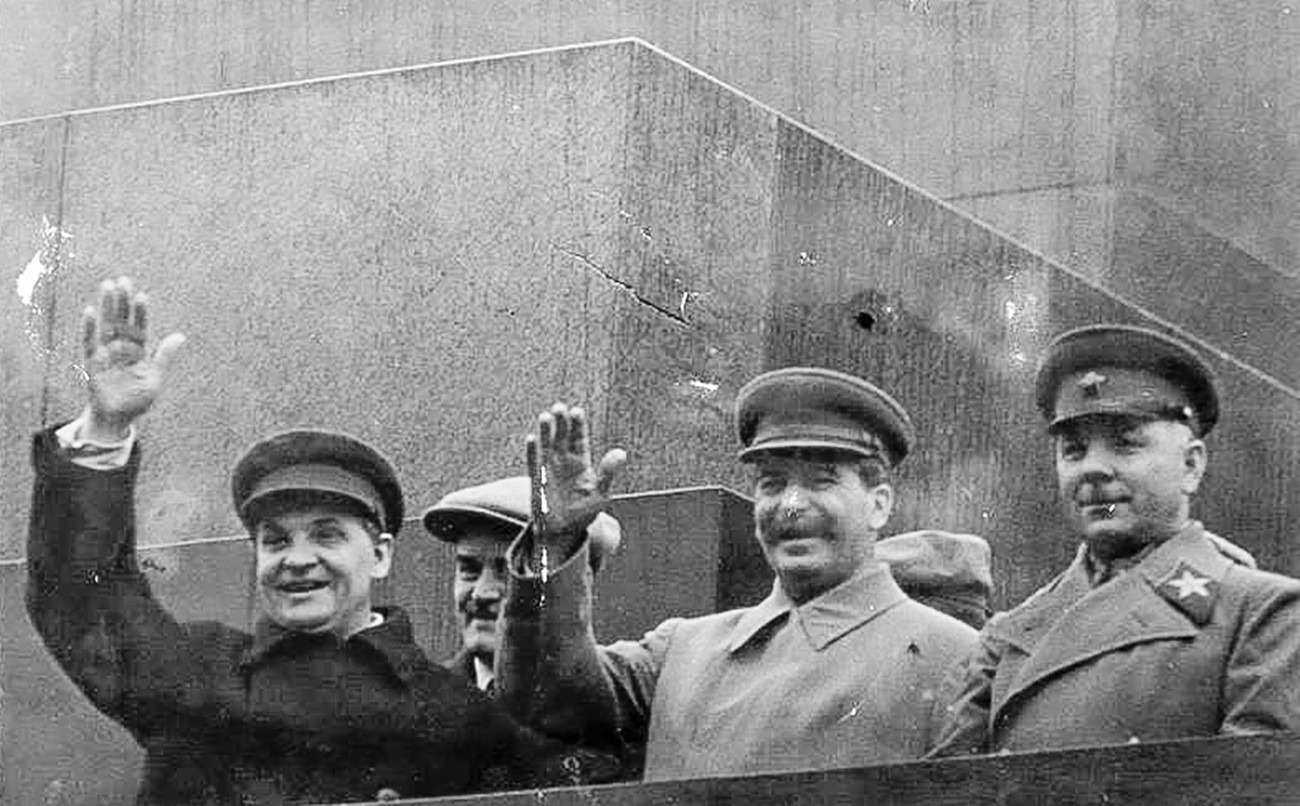 The fight was eventually broken up by Semyon Budyonny, Kliment Voroshilov, and other military leaders in the vicinity. Okhotnikov was doomed, or so it might seem, but in 1927 Stalin was not yet the omnipotent, fearsome “Father of Nations” that he would become in the 1930s.

The cadets were supported by Roberts Eidemanis, as well as military commander Iona Yakir and Red Army Chief of Staff Mikhail Tukhachevsky. Stalin had to back down. His position at that time was not secure enough for an open conflict with the military command.

Okhotnikov faced no disciplinary action whatsoever. After graduating from the military academy, he even headed the GiproAviaProm State Institute for Aircraft Plant Design.

In 1932, he was accused of counter-revolutionary activity in the so-called “Smirnov affair” and expelled from the party. But even then he was not sentenced to death. Exiled to Magadan in the Russian Far East, he headed a local motor depot. 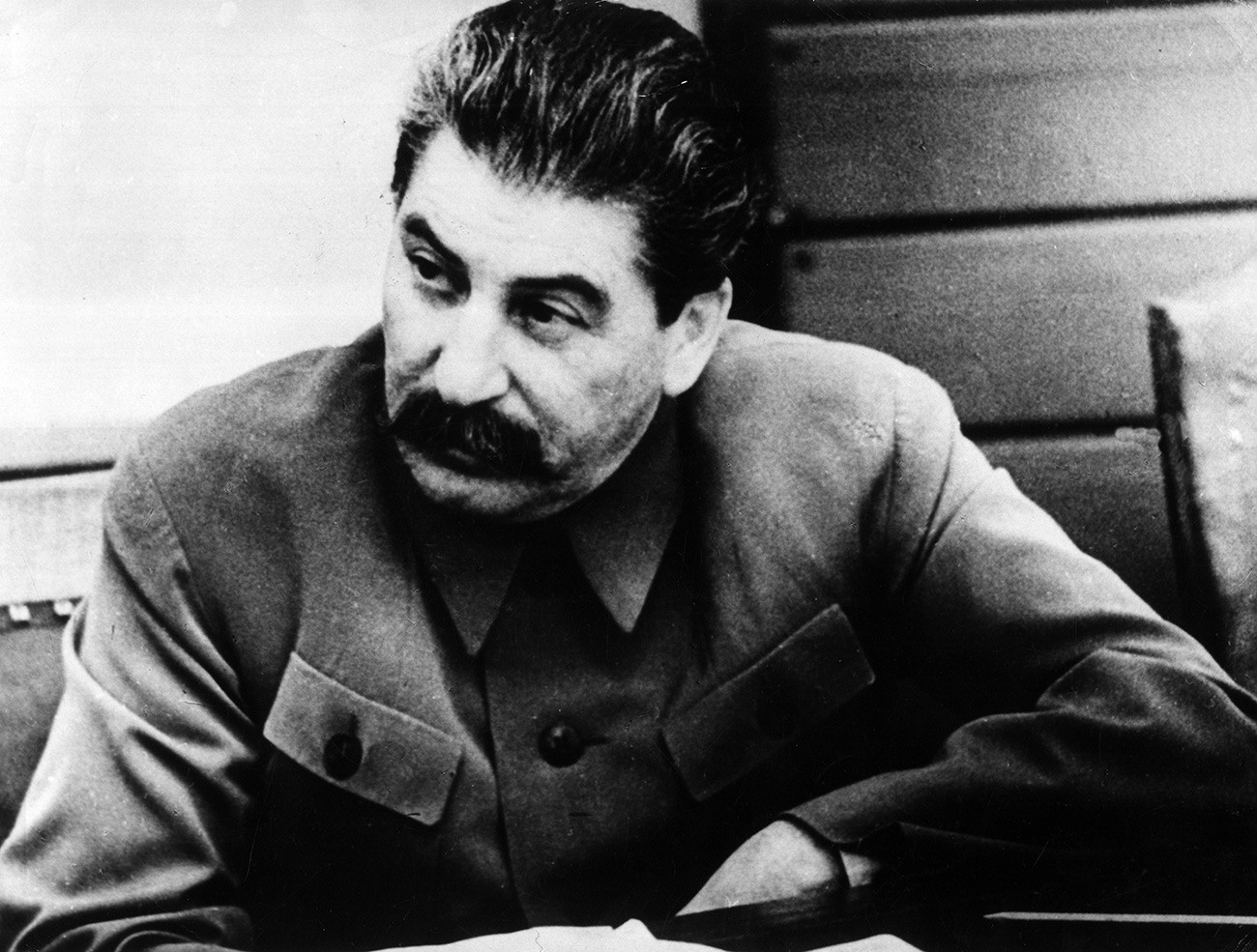 That said, Okhotnikov later became one of the first victims of the Stalinist purges known as the Great Terror. Having been rearrested in August 1936 in Magadan, he was transported to Moscow and executed on March 8, 1937 for “organizing an assassination attempt on Stalin and Voroshilov.” And on June 12 his protectors — Eidemanis, Yakir, and Tukhachevsky — were executed as well on charges of espionage and treason.

Whether Yakov Okhotnikov was shot at the personal behest of Joseph Stalin, however, remains unknown.