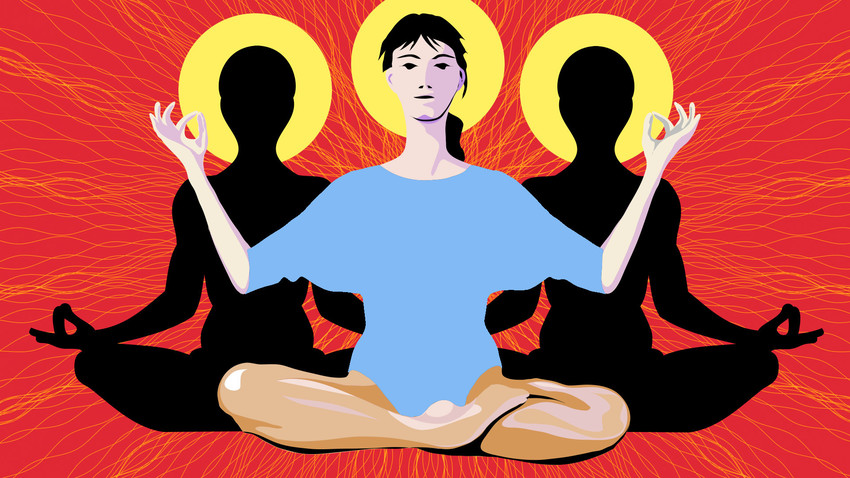 Pixabay, Russia Beyond
A new Silicon Valley productivity fad suggests removing from your life any experience that brings pleasure, which leads to dopamine spikes in the brain. Russian Orthodox hermits would have made Valley boys look like kids on vacation.

Dopamine is a neurotransmitter – it carries messages from one part of the brain to another. Every time you feel pleasure – from food, drink, social interaction, or a good movie/book, it means dopamine has been released as a ‘reward’ for your brain. 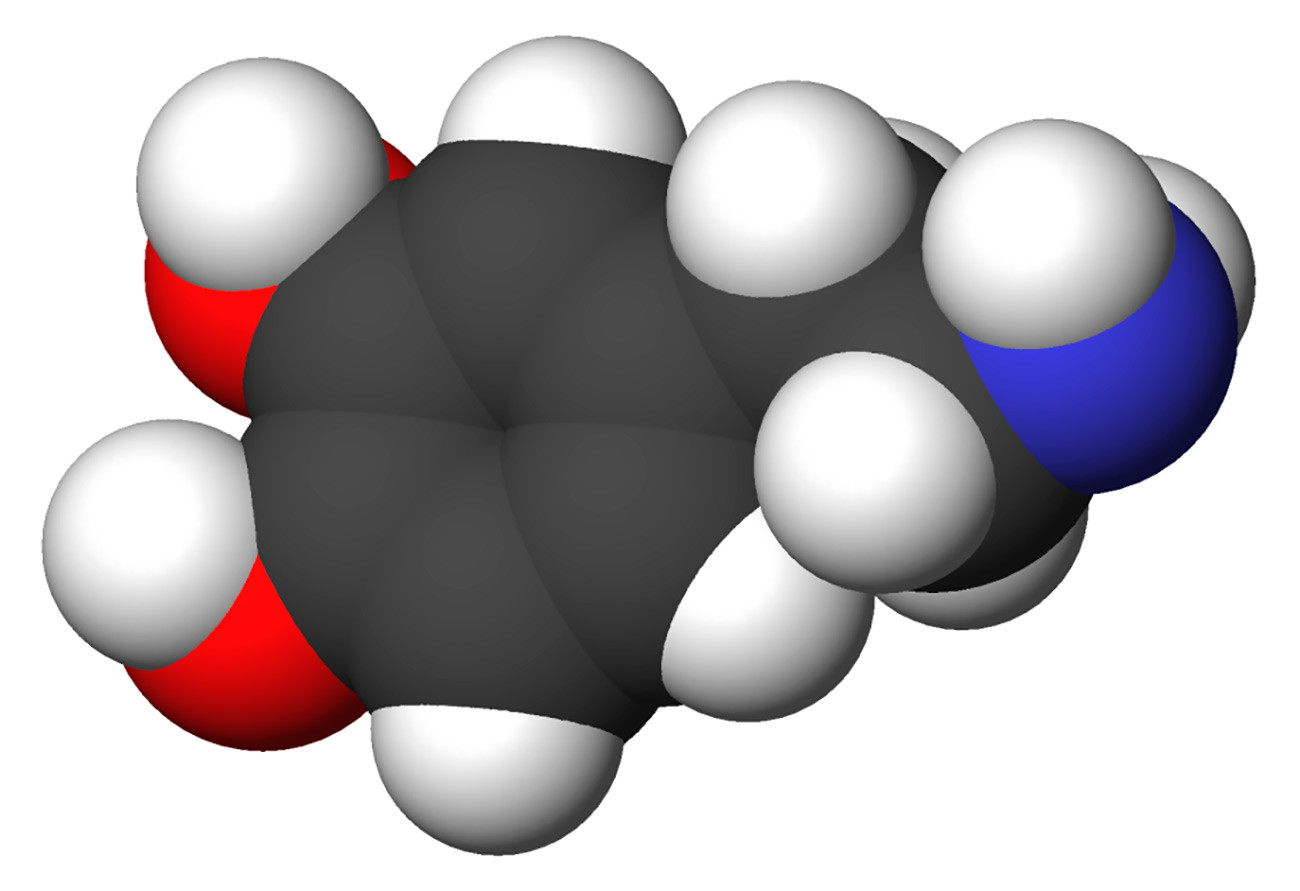 Silicon Valley geeks say we get hooked on dopamine just like you do with any illicit substance. Cameron Sepah, a clinical professor of psychiatry at UC San Francisco, is the foremost proponent of the practice, with a guide to dopamine fasting published on his LinkedIn profile. “Taking a break from behaviors that trigger strong amounts of dopamine release (especially in a repeated fashion) allows our brain to recover and restore itself,” he writes.

Dopamine fasting means no food, no communication, no intoxication of any kind, no reading, no physical interactions of any kind - obviously, no sex, and no active exercise. And how long does this break last? Some do it just for a day, others manage longer, but, occupying a high-stakes position in tech r, you can hardly lock yourself away from the world for long. Many people debate whether dopamine fasting is useful at all. So we at Russia Beyond have decided to explore the practices of spiritual and mental fasting some Russian Orthodox hermits used. Whether you choose to adopt them is up to you. 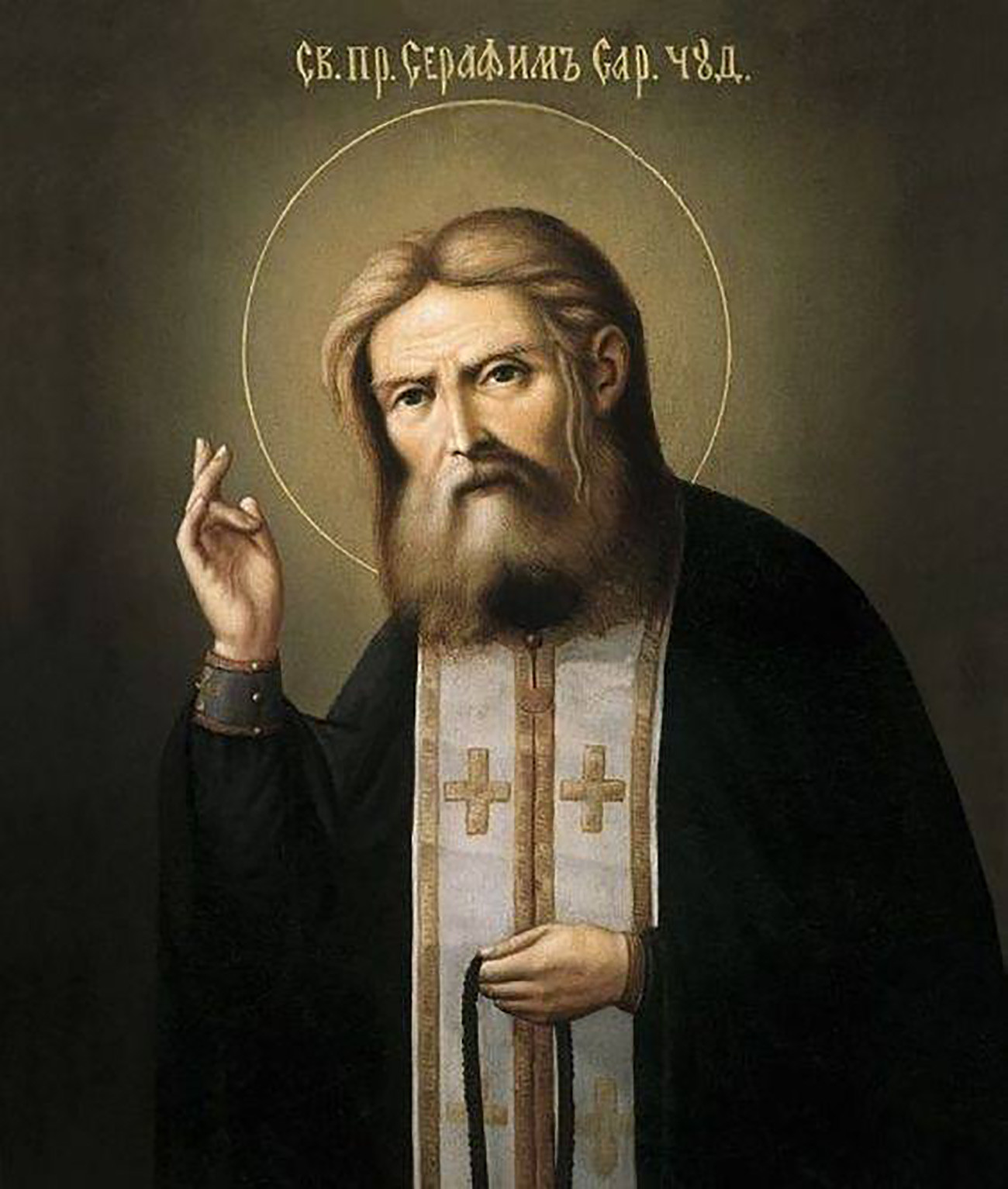 Saint Seraphim of Sarov (1759 – 1833) lived in a monastic cell in the woods since he was 40. Each week he came to a nearby monastery, partook in the communion, took some bread and walked back to his reclusive existence. However, later it became clear that Seraphim used bread to tame the forest animals, while he ate only aegopodium – a kind of forest weed.

No physical interaction of any kind 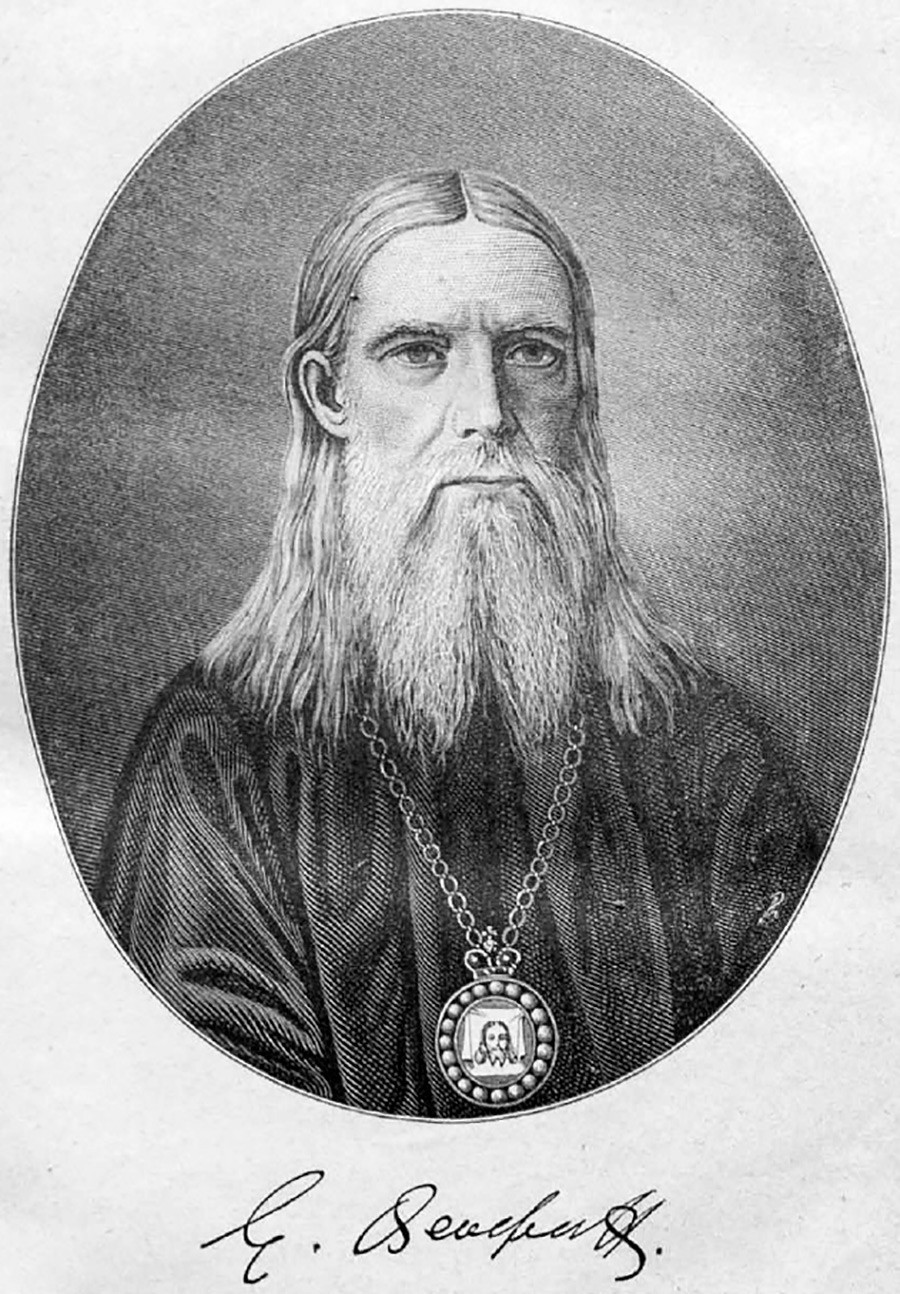 In 1866, Saint Theophan the Recluse (1815 – 1894), a well-known and revered Bishop, preacher, and theologian, stepped down from all of his church affairs and consigned himself to a monastery. After six years, in 1872, he decided to go full recluse – he didn’t see anyone, spending his days reading and writing, and performing church services at a chapel he made in his cell. His seclusion lasted 22 years, until his death in 1894. He died alone in his monastic cell. 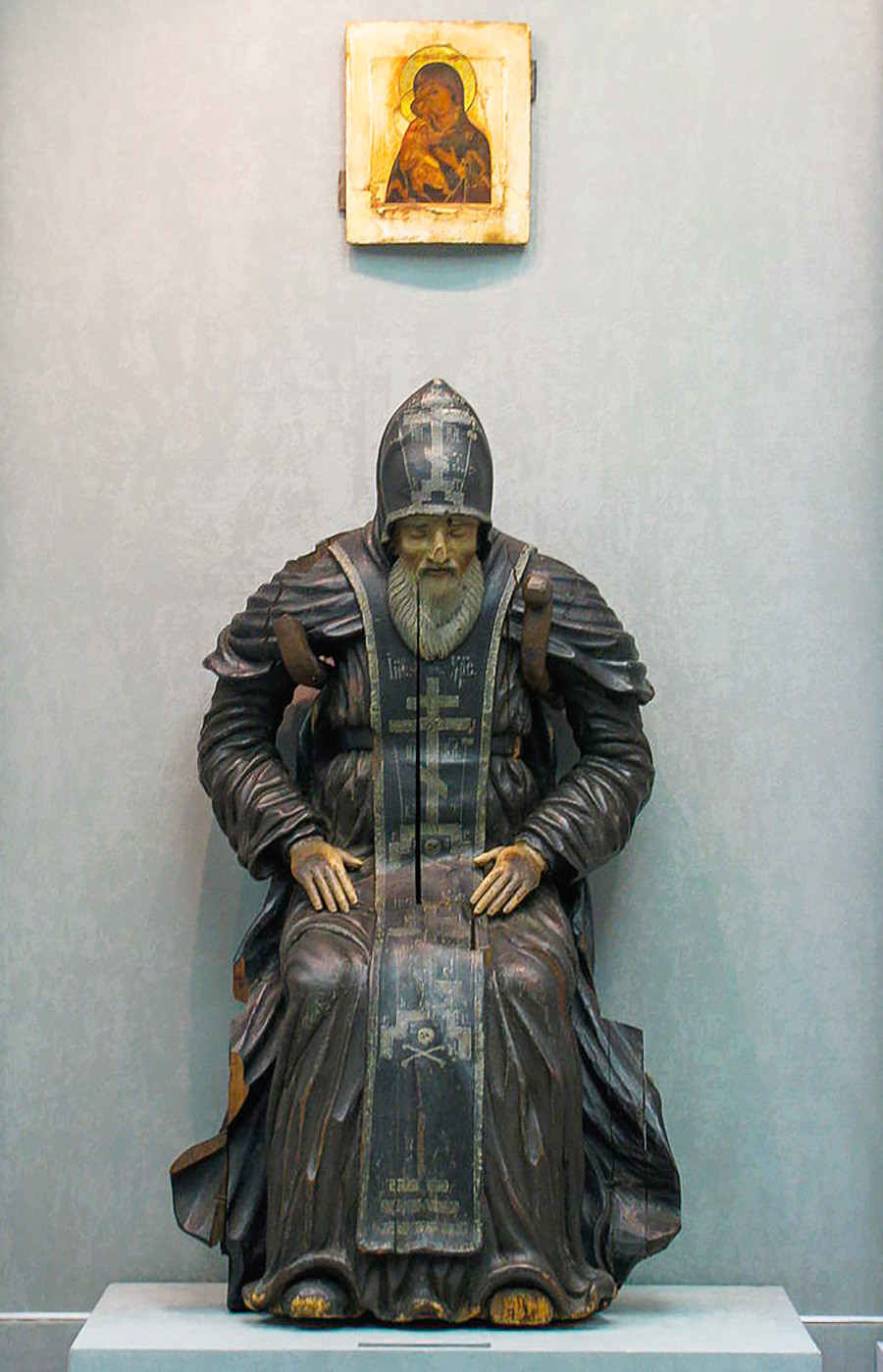 The 17th-century wooden image of Saint Nilus of Stoloben

Saint Nilus of Stoloben (late 15th century –  1555) started his harsh monastic obedience in 1515, when he moved away from Krypetsky Monastery to a secluded forest house, where he spent 13 years. But in 1528, he chose to withdraw completely and moved to Stolobny Island (on Lake Seliger, in the Tver region of Russia), where he lived first in a dugout shelter, and later in a house he built.

For 27 years St. Nilus lived there alone, growing plants for food and not communicating with anyone. The only man he talked to was the spiritual father who came before Nilus’s death to allow him to partake of the communion and hear his last confession. 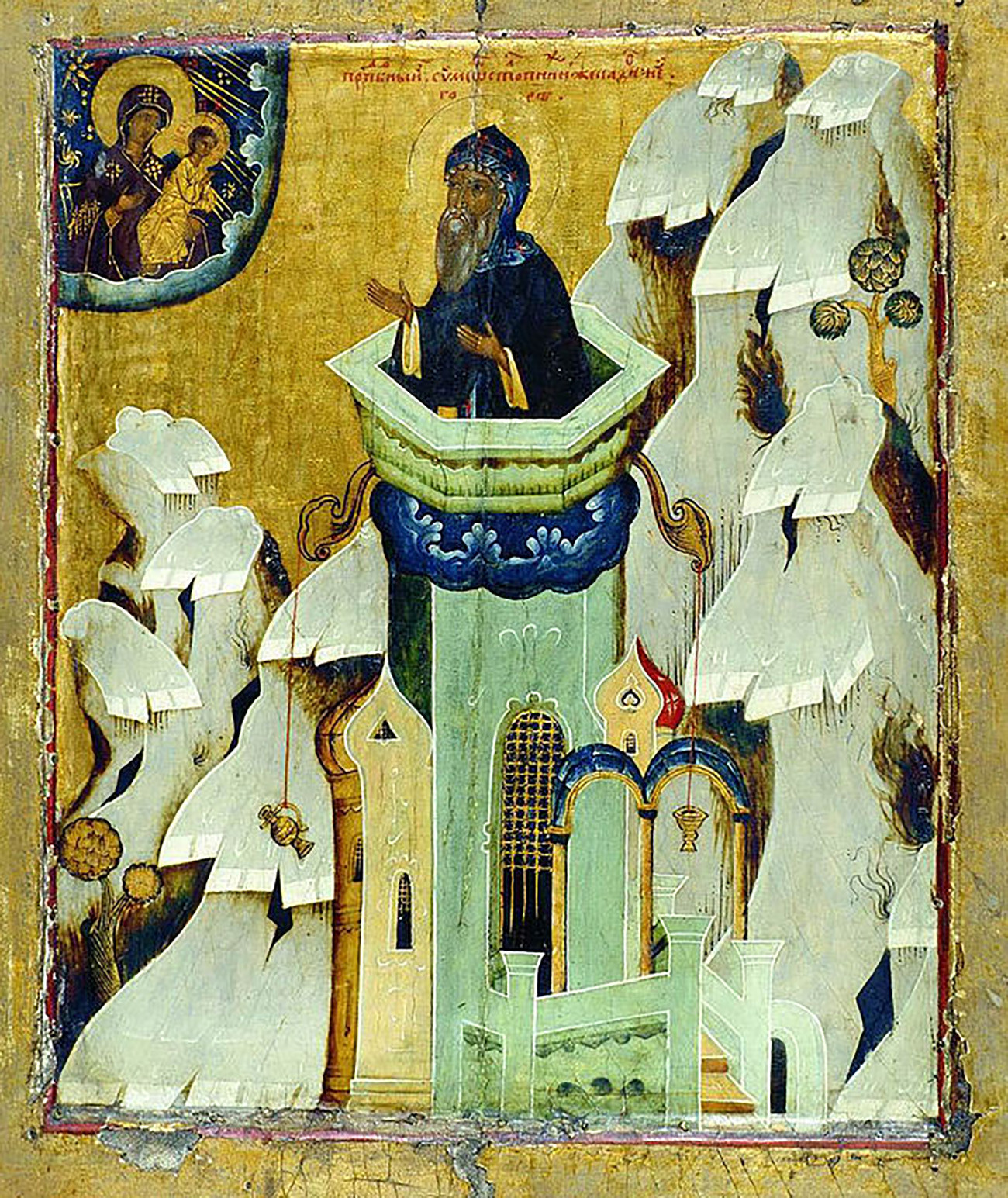 Pillar saints were Christian ascetics who lived on pillars, preaching, fasting and praying. The most well known of them was Simeon Stylites the Elder, (390 – 459), who remained on his pillar for 37 years until his death.

Saint Seraphim of Sarov was also a stylite, except he used a massive stone as his “pillar.” He stood on a stone for 1000 consecutive days and nights, praying. People came to Seraphim for spiritual advice, having seen that the animals didn’t attack the ascetic. Other people, however, did. According to Seraphim’s hagiography, robbers had learned of him and hoped to find rich offerings and gifts on or about him. The bandits attacked him and cracked his skull and back with an ax. But Seraphim didn’t fight back, although he was a young and strong man – this would have broken his vows. The robbers didn’t find anything near him and went away. 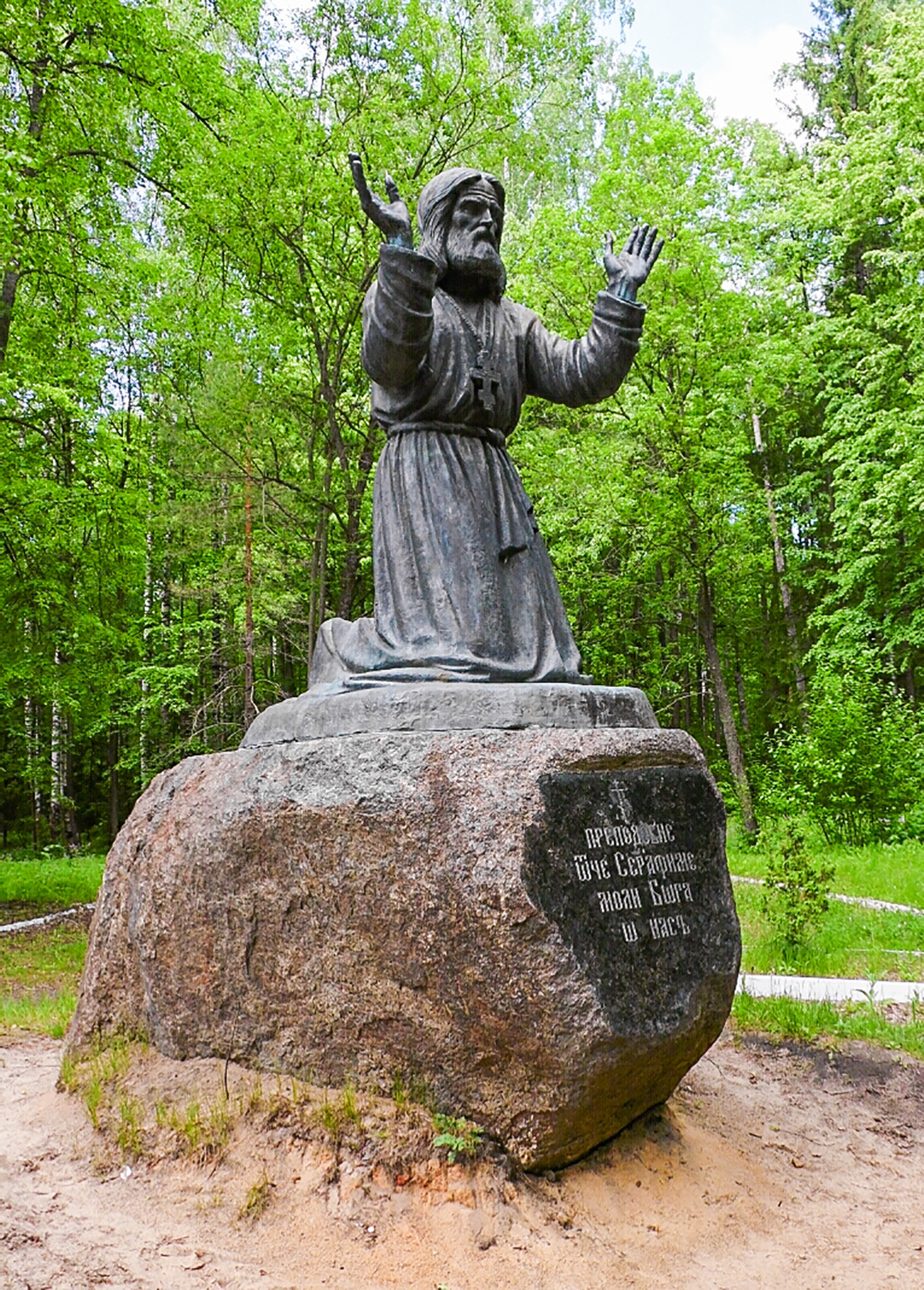 A monument to Saint Seraphim of Sarov standing on a stone

Later, when they were apprehended, Seraphim pardoned them. Seraphim survived the attack but remained hunched over for the rest of his life.

What’s in store for those who do dopamine fasting? 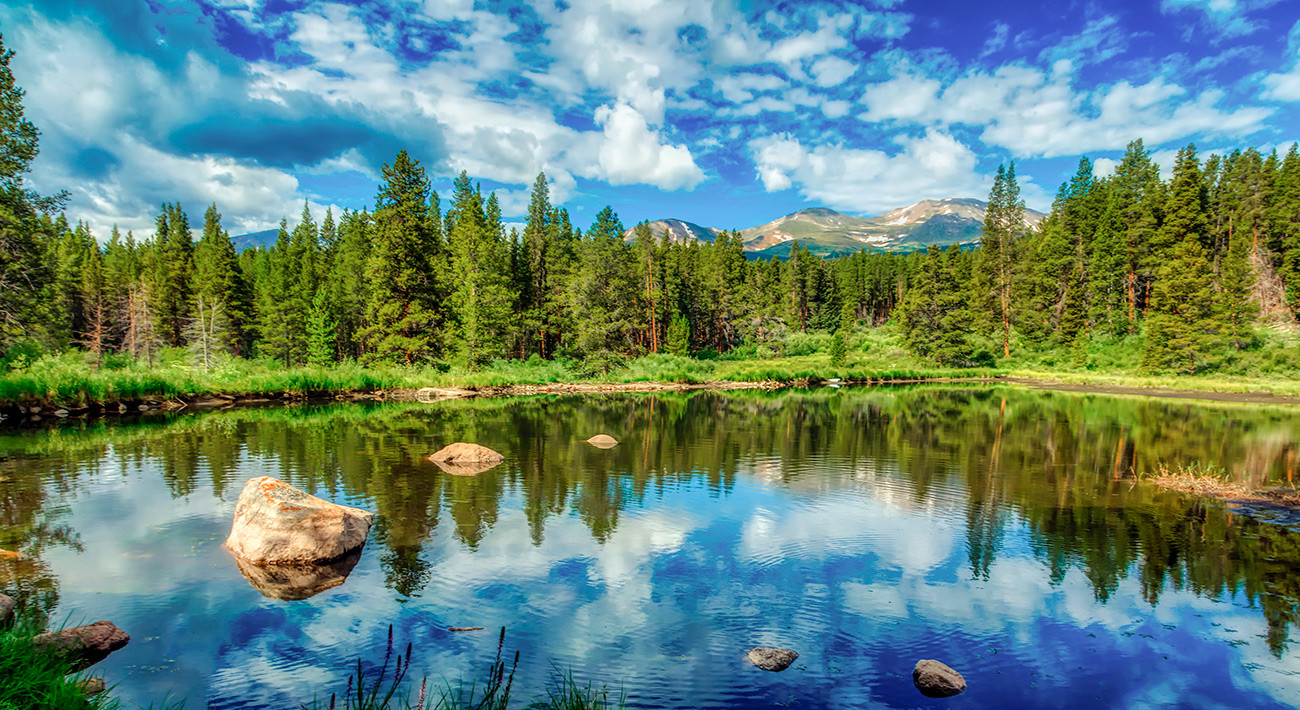 James Sinka, a Silicon Valley-based technology entrepreneur, says dopamine fasting is “an opportunity to take a step back, reflect and re-engage in a way we want to, not in a way we’ve been trained.” Meanwhile, Trevor Cox in his ‘The Sound Book’ argues that nature sounds, seclusion, and scarce communication unload our brain, which brings us feelings of bliss and serenity.

That’s what Silicon Valley guys are searching for, probably: a state of bliss amidst their bustling careers. Well, we only have to say that, with training, the Russian Orthodox ascetics we described here were able to achieve enlightenment and even holiness. Should we, then, wait for illuminated IT developers to appear shortly? And would Facebook – the biggest dopamine farm in the world – ever have been able to come from the mind of an ascetic developer?