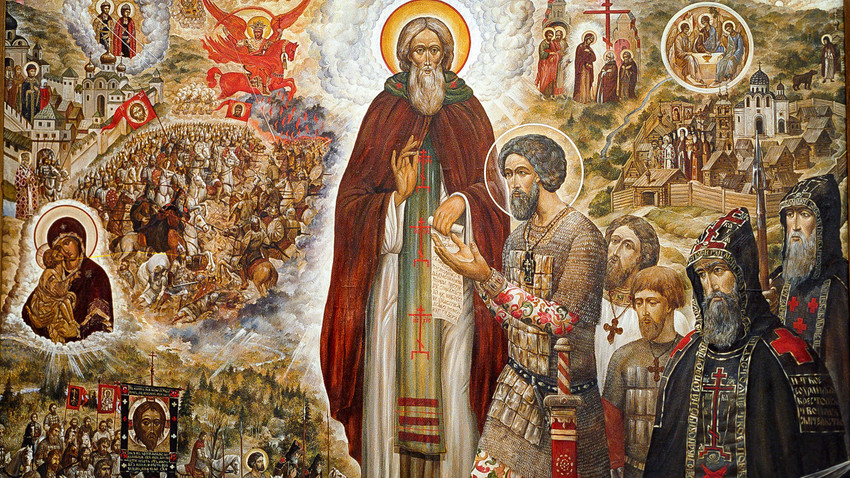 Sputnik
The Russian Orthodox believers worship certain events from the history of their religion. These include appearances of holy eremites and icons, along with the protection of Moscow from the Tatars. The church considers these events to be miracles.

1. The miraculous education of the youth Bartholomew 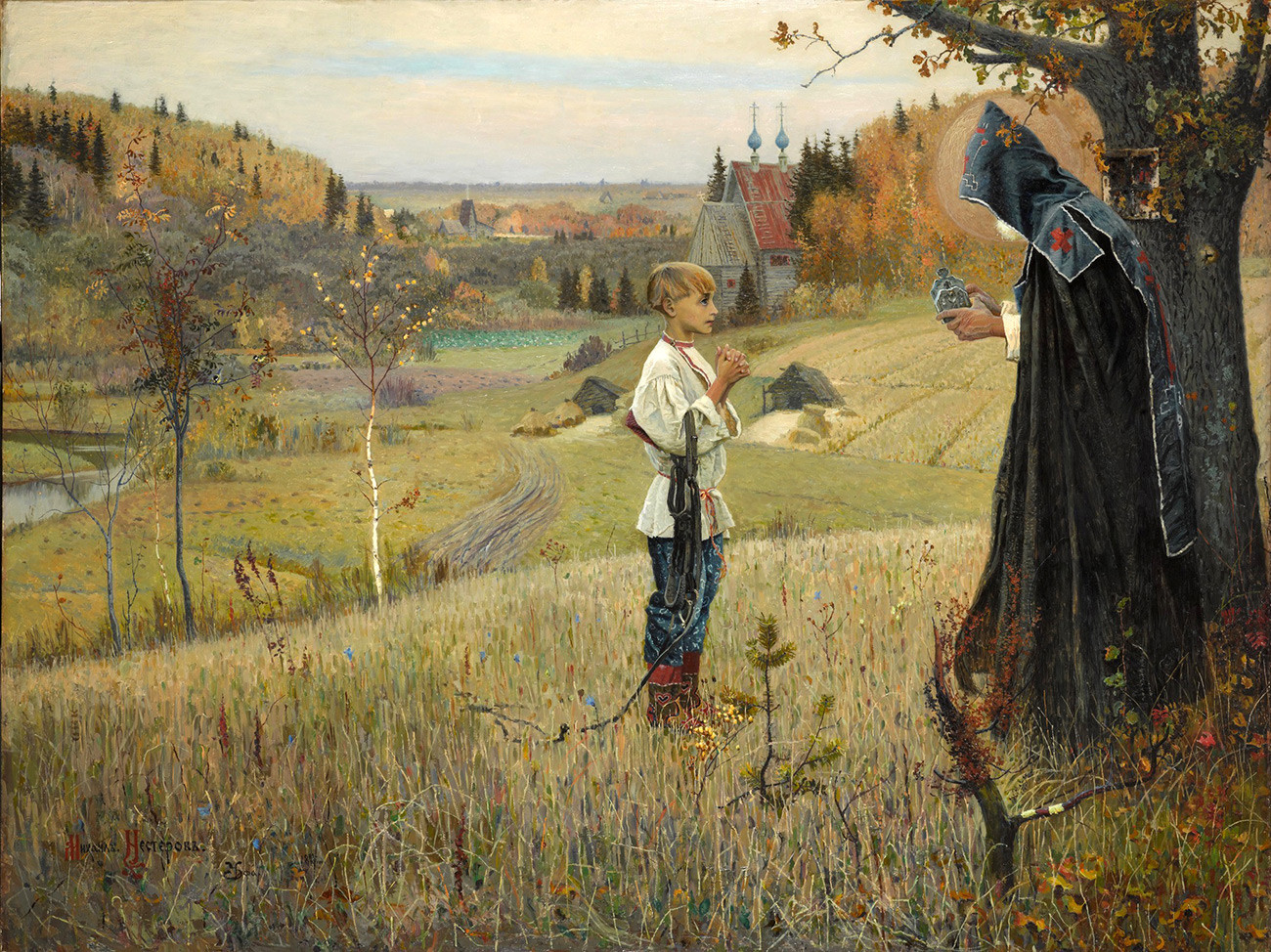 "The Vision of Youth Bartholomew" by Mikhail Nesterov, 1890

Venerable Sergius of Radonezh (1314 – 1392) was medieval Russia’s spiritual leader and is worshipped as a saint by both the Russian Orthodox and the Catholic churches. His hagiography,  "The Life of St. Sergius" by Epiphanius the Wise, claims that as a youth he was guided toward faith through a miraculous vision.

Bartholomew (Sergius’s Christian name) was born into a peasant family. His parents wanted their son to learn to read and write, but Bartholomew was a reluctant and lazy student and didn’t find much success in this. One day, his father sent him to look for a lost foal in the fields. There he encountered a monk who was praying under an oak tree. 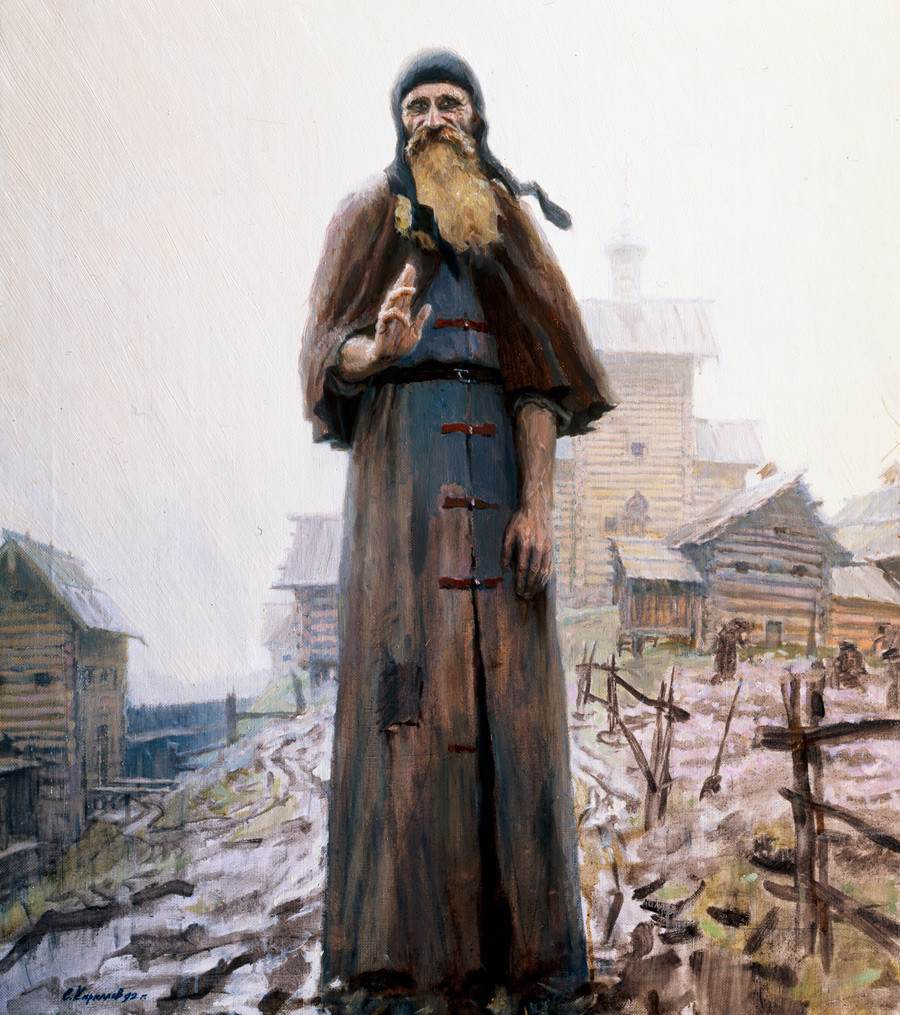 When the monk stopped praying, he asked Bartholomew what he wanted or was looking for in the fields. “Above all,” replied the youth, “I want to understand the Holy Scriptures, but I can’t read.” The monk prayed and gave Batholomew a wheaten bread prosphora, telling him, “this is given thee as a sign of God's grace and for the understanding of Holy Scriptures.” According to the story, from that moment on Bartholomew knew how to read and write better than anyone else around. 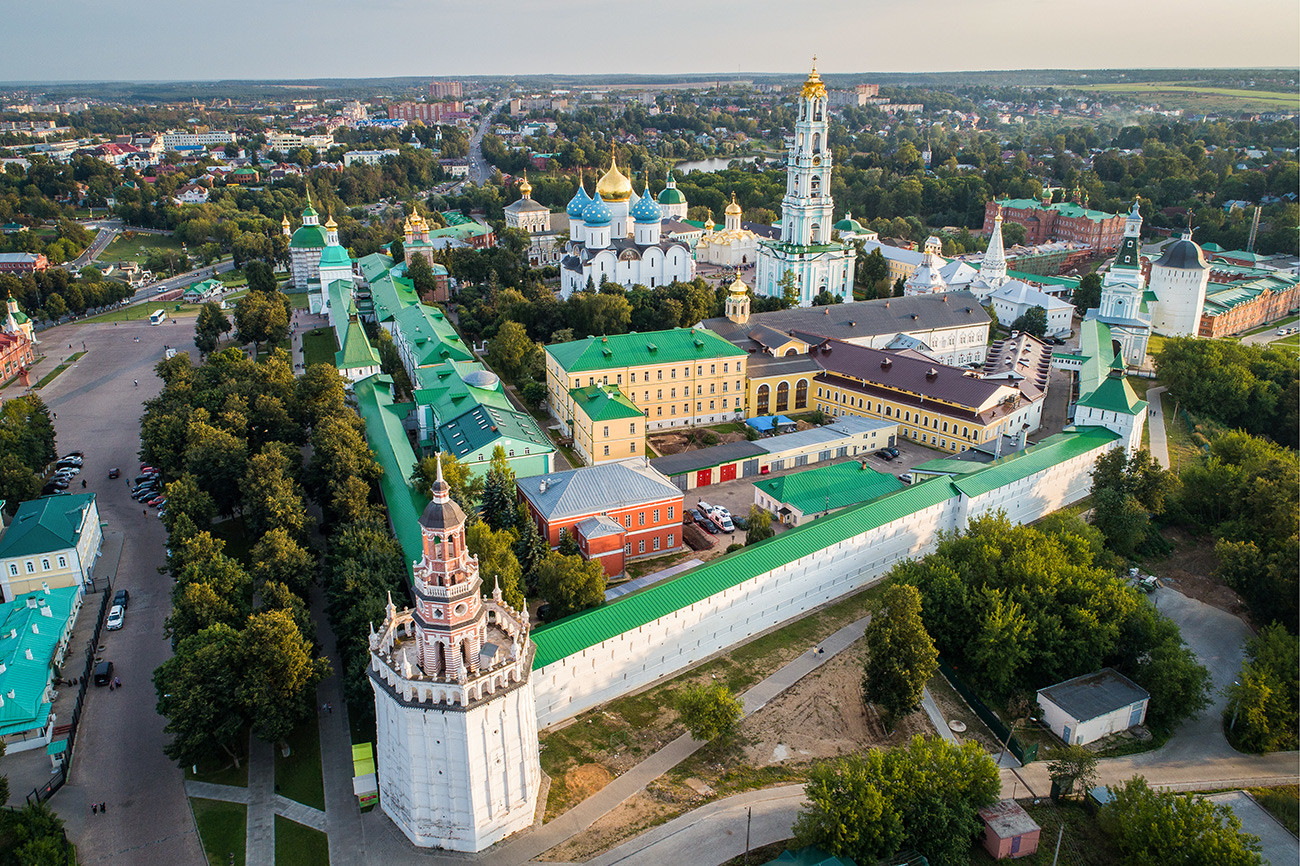 The aerial view of the Trinity Lavra of St. Sergius

By the time he was 12, Bartholomew began fasting. He soon became a monk and founded the great Trinity Lavra of St. Sergius. Saint Sergius is the most revered Russian saint, often called Father Superior of the Russian land.

2. The miraculous appearance of the Theotokos of Tikhvin icon 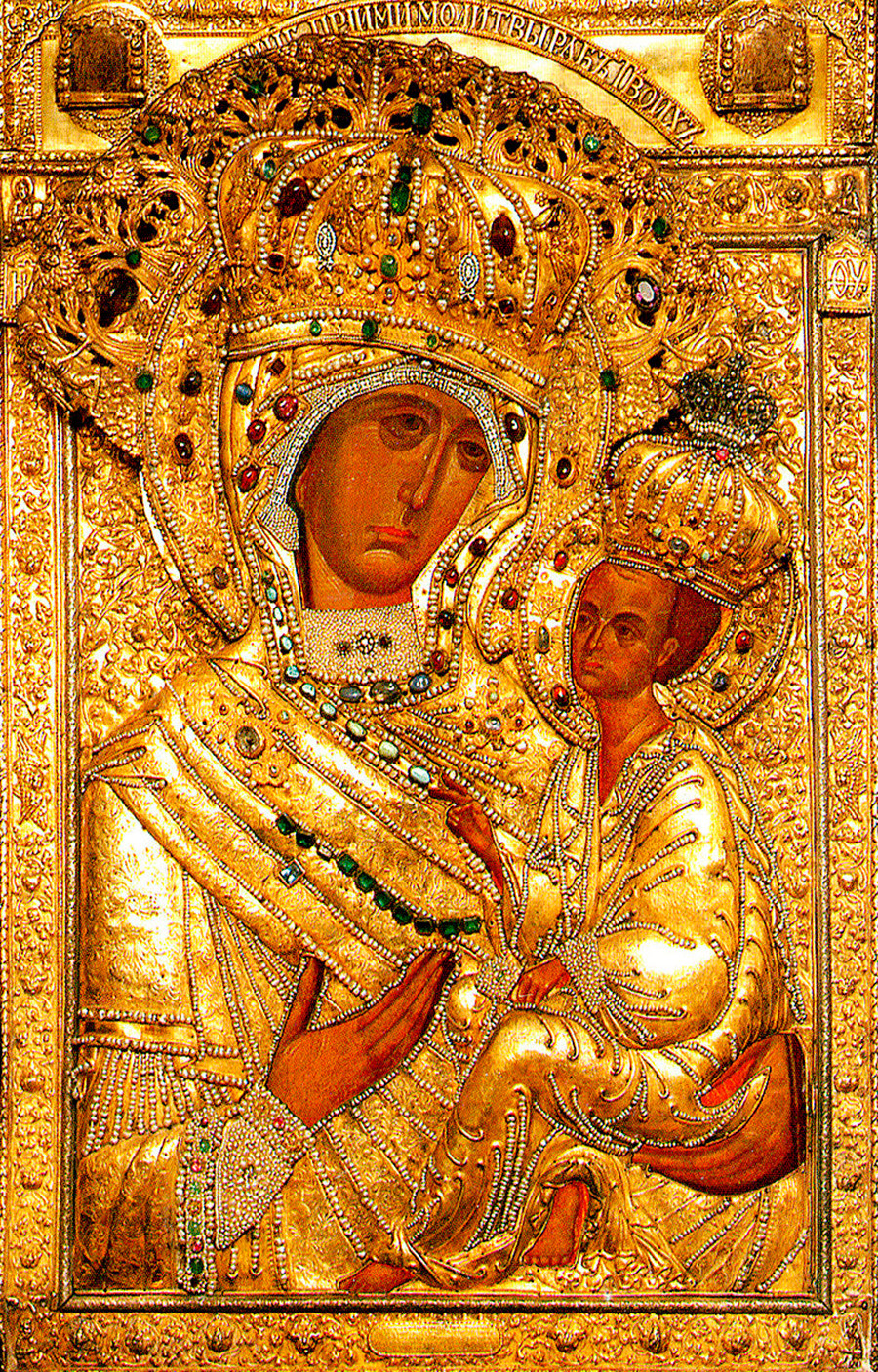 The Theotokos of Tikhvin

The Theotokos of Tikhvin is one of the most celebrated Orthodox Christian icons. It is said that St. Luke the Evangelist created it during the lifetime of Saint Mary, but most historians date it around 1300 and think it was actually created by a Russian artist.

One legend claims the icon was transported from Jerusalem to Constantinople in the 5th century. In 1383, 70 years before Constantinople fell to the Ottomans, the icon miraculously appeared near Lake Ladoga. The legend says it appeared over the water and in various locations where many peasants and monks saw it. Finally, it was kept in the town of Tikhvin, where, in the 16th century at the order of Ivan the Terrible, the Tikhvin Assumption Monastery was built to honor it. Its appearance was said to symbolize the transition of the true Orthodox haven from Constantinople to Moscow. The icon became one of the spiritual symbols of the Russian state.

In 1941, the icon was stolen by Nazis. Following the defeat of the Third Reich, the American military transported the icon to Chicago, where it was kept by Orthodox priests until the Tikhvin Monastery was restored. In 2004, the icon was finally returned to Tikhvin.

3. The triple protection of Moscow by the icon Vladimir of the Mother of God 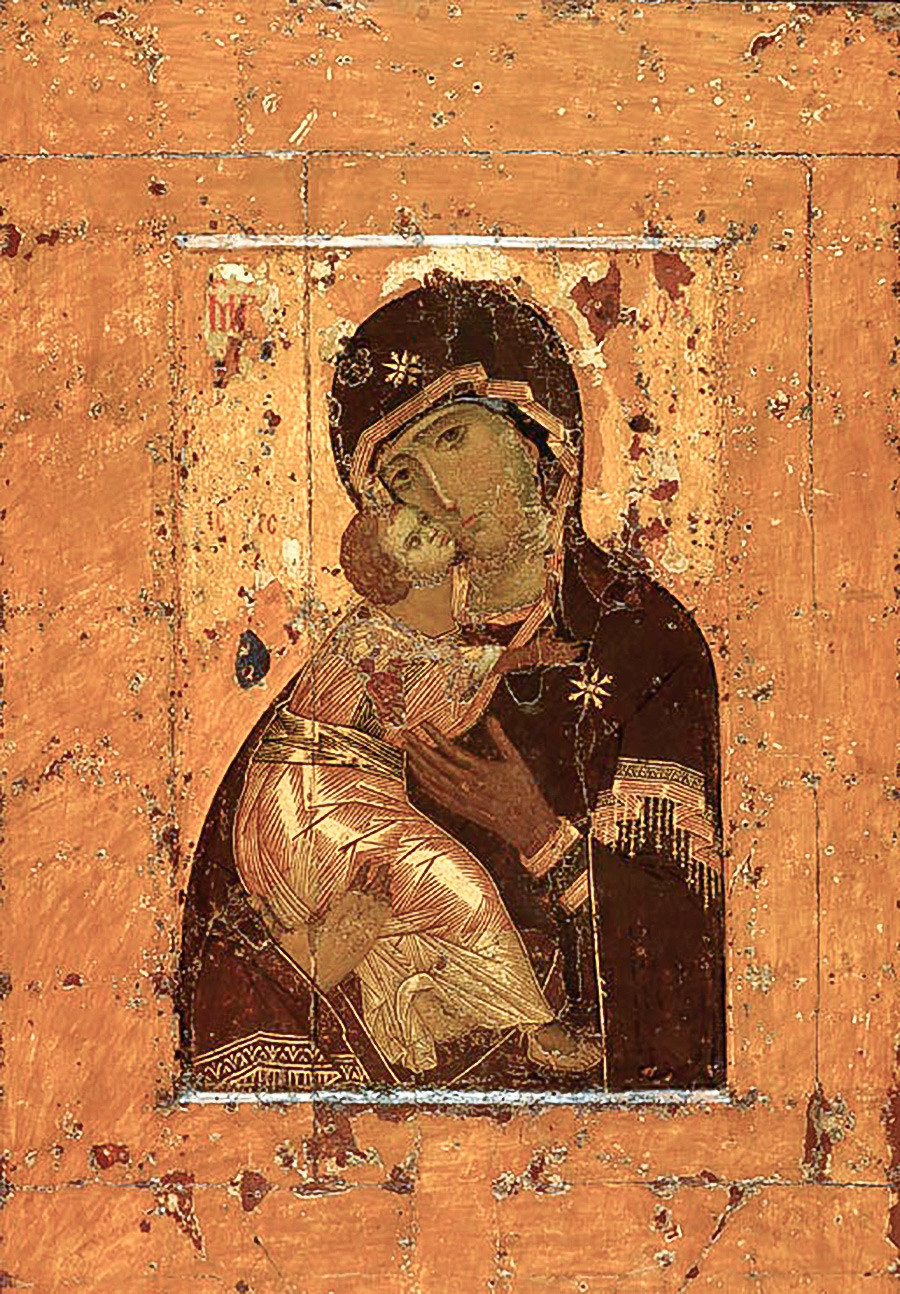 The Theotokos of Vladimir

The Vladimir of Mother of God icon is one of the earliest and most widely worshipped icons in Russia. From the 12th century, it was stored in Vladimir. Even after Tatars took Vladimir in 1238 and established the Tatar Yoke over Russia, the icon survived.

Shortly after Russian forces, led by Dmitry of the Don, defeated the Tatars at the Battle of Kulikovo in 1395, the great Tamerlan attacked Russia, threatening to take Moscow. Vasily I of Moscow, son of Dmitry of the Don, ordered that the Theotokos of Vladimir be brought to Moscow to spiritually defend the city. At this point, Tamerlan’s army was just 350 km away from Moscow, near the town of Elets, and quickly closing in.

Lore has it that at the very moment the Theotokos of Vladimir was brought to Moscow, Tamerlan had a vision of the Mother of God telling him to leave Russian territory, which he did at once. The Tatar army suddenly fled Russia.

The next time the Theotokos of Vladimir was brought to Moscow was in 1480. It was a similar story: The Tatar army, led by Ahmed Khan bin Küchük, khan of the Great Horde, arrived in Russia because Ivan the Third of Russia had stopped paying tributes to the Horde. After the Great stand on the Ugra river, the Tatar army fled once again.

Orthodox Christians believe Theotokos of Vladimir saved Moscow for a third time when Khan Mehmed I Giray of Crimea attacked the Moscow region in 1521. Priests in Moscow were about to transport the icon out of the city, but a nun had a vision of Sergius of Radonezh himself praying for the salvation of Moscow and asking to keep the Theotokos inside the Kremlin. The icon remained, and after that the 100,000-strong army of Mehmed I Giray decided not to attack Moscow and instead withdrew back to the steppe. This was the last major Tatar attack on Moscow.