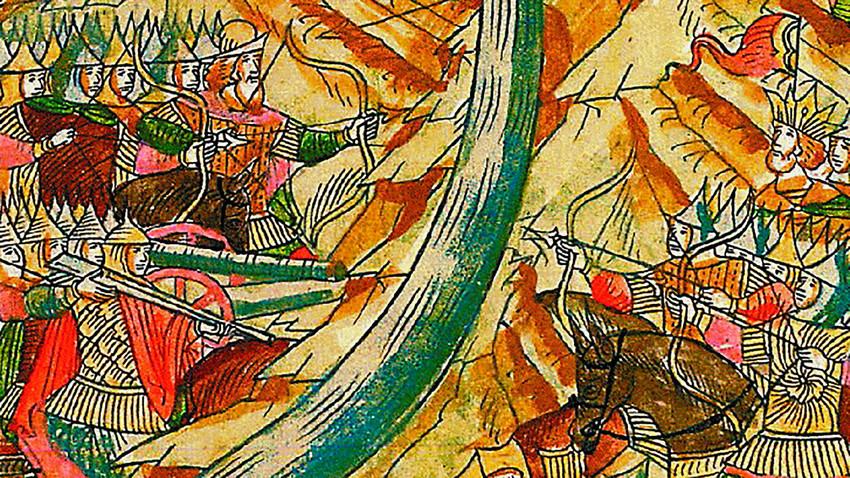 Standing on the Ugra River. Miniature in Russian chronicle, the XVI-th century

Wikipedia
Five centuries before the Allies’ pamphlet-bombing Phoney War at the outset of World War II, Russia waged its own conflict-free battle at the Ugra River. The surprising result of this encounter was the emergence of a strong, newly independent and centralized Russian state.

The Ugra River engagement wasn’t a battle in the usual sense, although tens of thousands of soldiers on each side were involved. To contemporaries, the standoff seemed strange and mystical, its result reflecting divine intervention by the Virgin Mary.

Known as the Great Stand on the Ugra River, the “battle” pitted troops of Moscow Grand Prince Ivan III against the army of Akhmat Khan of the Great Horde. In Russian historiography, the encounter marked the end of two and half centuries of Mongol (“Tatar” in Russian old sources) oppression of the principalities of ancient Rus’, modern Russia’s predecessor.

Although the Tatars had been defeated by Ivan III’s ancestor Dmitry Donskoy 100 years earlier at the battle of Kulikovo, Rus’ still had to pay tribute because it was too weak to challenge again the Golden Horde. During the course of the 15th century, however, the Horde disintegrated. Moscow, become the recognized center of the previously disparate lands of Rus’, took advantage of its newfound strength and, under Ivan’s rule, stopped paying the tribute. 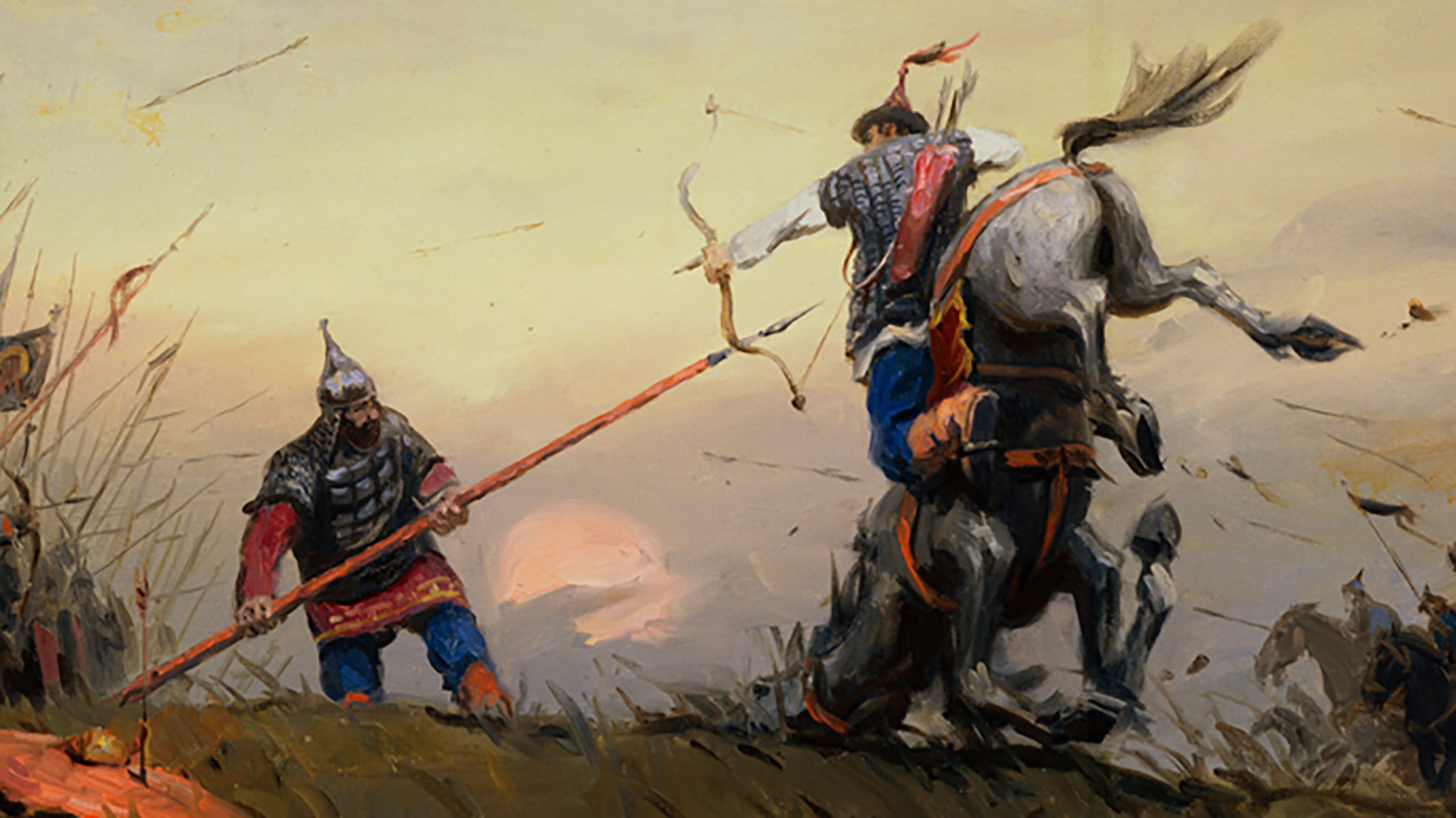 Ivan’s refusal greatly angered Akhmat Khan, leader of the biggest contingent of the collapsed Golden Horde. The khan decided to punish the defiant vassal, gathering an army of 80,000 to 90,000 soldiers and setting off toward Moscow.

Enemies on all sides

Ivan III, who had already begun preparing to repel a Tatar invasion, was growing increasingly worried about a possible outcome of fighting, not only due to the size of the enemy’s army but also the alliance of Akhmat Khan with Ivan’s longtime foe, Polish-Lithuanian king Casimir IV. Moreover, two of Ivan’s brothers, influential feudal lords, revolted against him and turned to Casimir for support. To make matters worse, in the north of the country, knights of the Livonian Order were besieging Russian fortresses. Some of Ivan’s closest advisers objected to a showdown with the Horde under these circumstances and urged the prince to make peace with the Tatars. Ivan hesitated.

Meanwhile, Akhmat Khan’s army approached the Ugra River (about 200 kilometers southwest of Moscow), posing a direct threat to the capital. It was there that the Horde soldiers encountered Russian forces led by the prince’s son Ivan the Young. The armies took positions on each bank of the river.

Casimir had not yet joined forces with Khan, but that didn’t provide relief to Ivan. He ordered his son to leave the army and return to the capital, where a special council was formed to brainstorm Moscow’s battle strategy. To Ivan III’s surprise, his son defied the order, asserting that he and his army had to stay and fight. 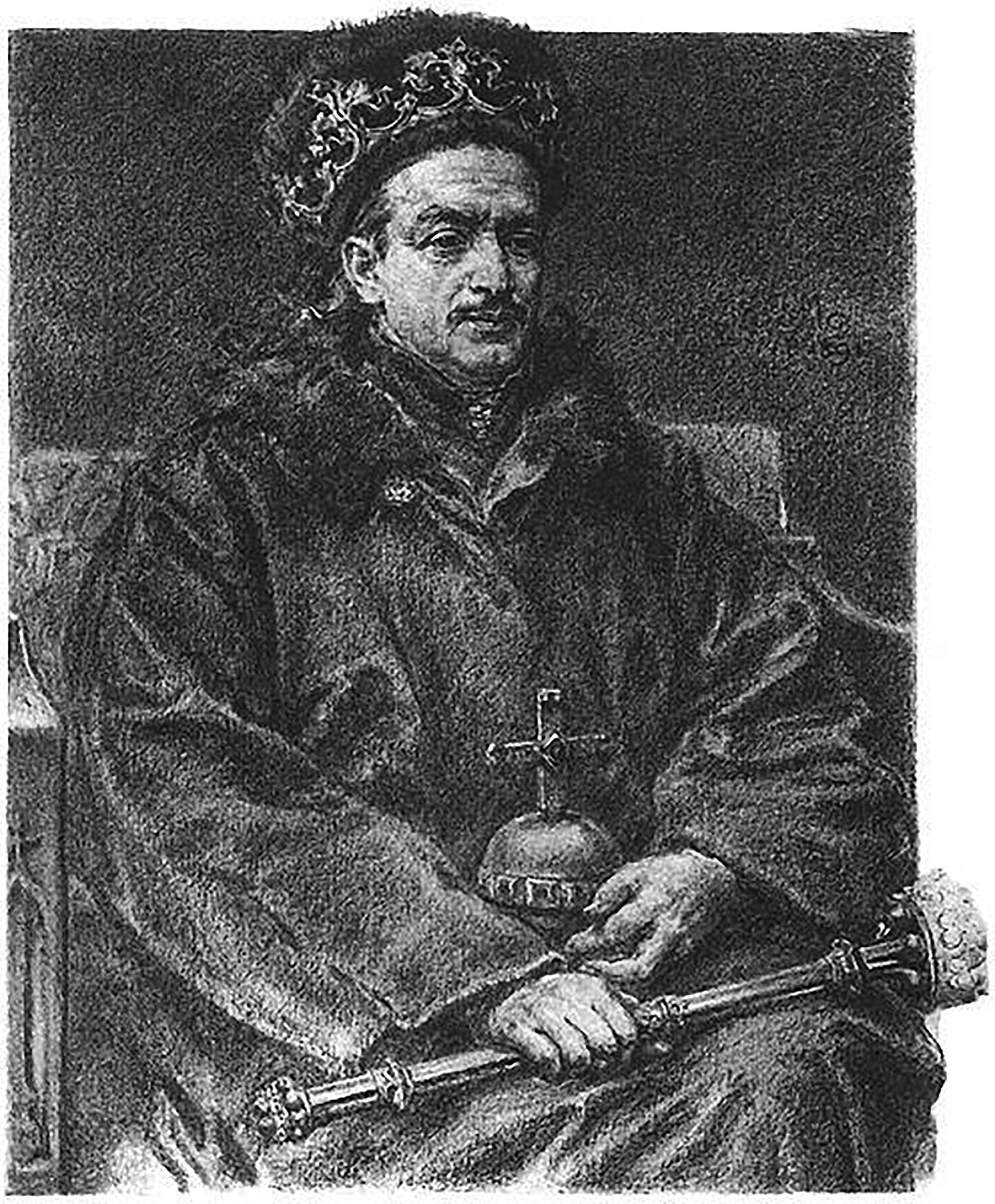 According to some accounts, residents of Moscow called on the prince to battle the invaders. Ivan’s spiritual mentor, Archbishop Vassian, made a heartfelt appeal to the Moscow ruler: “Do mortals have to be afraid of death? Fate is inevitable. I am old and weak but I will not be scared by a Tatar’s sword. I will not turn my face away from its glitter.” As historian Nikolai Borisov wrote, Ivan’s refusal to act would have put him in a difficult, disgraced position. So in early October the prince decided to rely on his army, and just in the nick of time.

On Oct. 6, Akhmat Khan’s army tried to cross the river, which was no wider than 120 to 140 meters at any point. Fighting took place along the entire line of contact, which stretched for 60 kilometers. The crossing attempts lasted for four days and ended in failure. The Tatars could not use their main advantage — cavalry — as they had to cross the Ugra first. However, while attempting to do so they fell prey to fire from Russian artillery and long guns known as harquebuses. 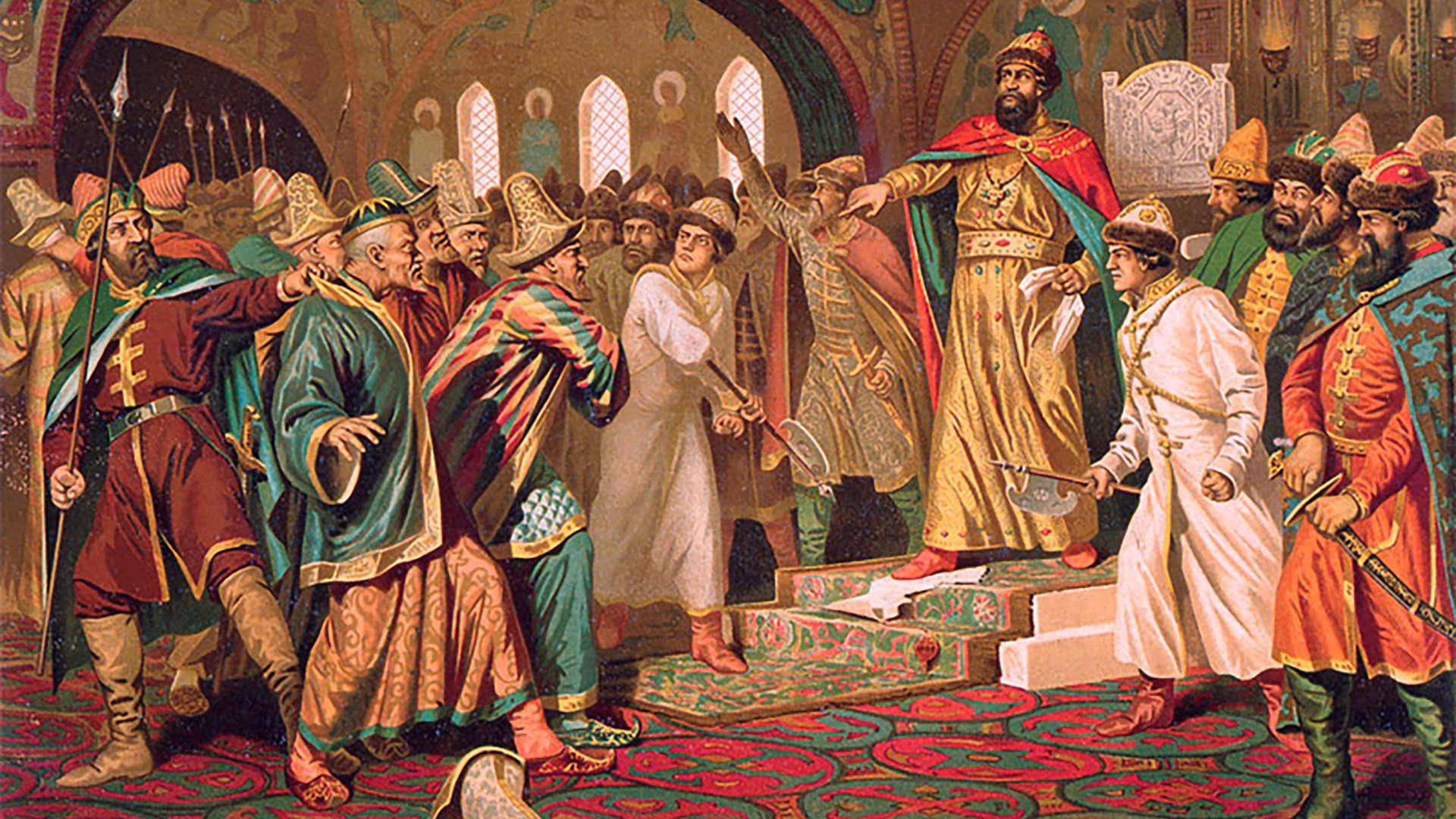 Ivan III tearing the khan's letter to pieces by Aleksey Kivshenko. According to the legend, Ivan tore apart the letter from Akhmat in which he asked for the tribute

Russian commanders formed special groups of infantry with cannons and harquebuses and positioned them around sites where river-crossing attempts were likely. Other regiments and cavalry were stationed along the river and could be redeployed as needed. The Tatars also were left without the use of arrows, making them an easy target. As contemporary historian Yuri Alexeyev notes, Akhmat Khan ordered his troops to keep trying to cross the river, but all was in vain.

The standoff lasted until Oct. 26, when Ivan III pulled his forces from the Ugra and concentrated them around a nearby town. Soon the river froze and could no longer serve as a fortification. Akhmat and his forces remained at the river until Nov. 6 and then retreated, unprepared to continue fighting in winter conditions.

Besides the impact of “General Frost,” Akhmat also had to reckon with a new Russian army on the Ugra River, as Alexeyev explains. This army had a strong vertical command. It was not the army of a principality but of a new centralized state that the Grand Duchy of Moscow transformed into under Ivan III. In the end, as Karl Marx observed 150 years ago, “Europe, which in the beginning of Ivan’s rule knew little about Muscovy squeezed between Lithuanians and Tatars, was stunned by the sudden emergence of a huge empire on its eastern borders.”

This material is a part of a series of articles by RBTH describing great battles of Russia’s history and their significance.