How did Russians react to the assassination of John F. Kennedy? 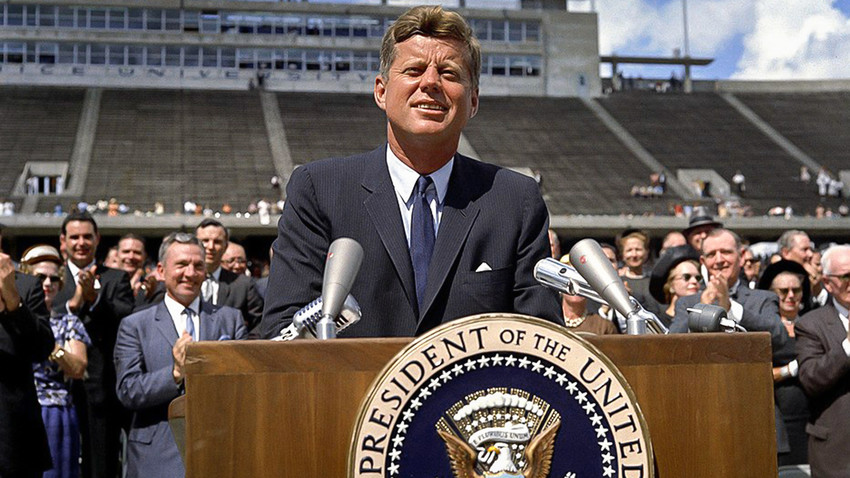 Robert Knudsen
In the USSR, the assassination of Kennedy was a major problem, one that was tackled in all possible ways.

It was a warm, sunny day as the motorcade of the 35th U.S. President moved along Elm Street in Dallas, Texas. The car roof had been removed to give people a glimpse of their chosen one. Having exchanged a few words with his wife Jacqueline, Kennedy turned to the crowd and waved a couple of times. A moment later, at precisely 12:30 CST, two of three shots fired from the 6th floor of the Texas School Book Depository struck the president, who died half an hour later in the hospital. 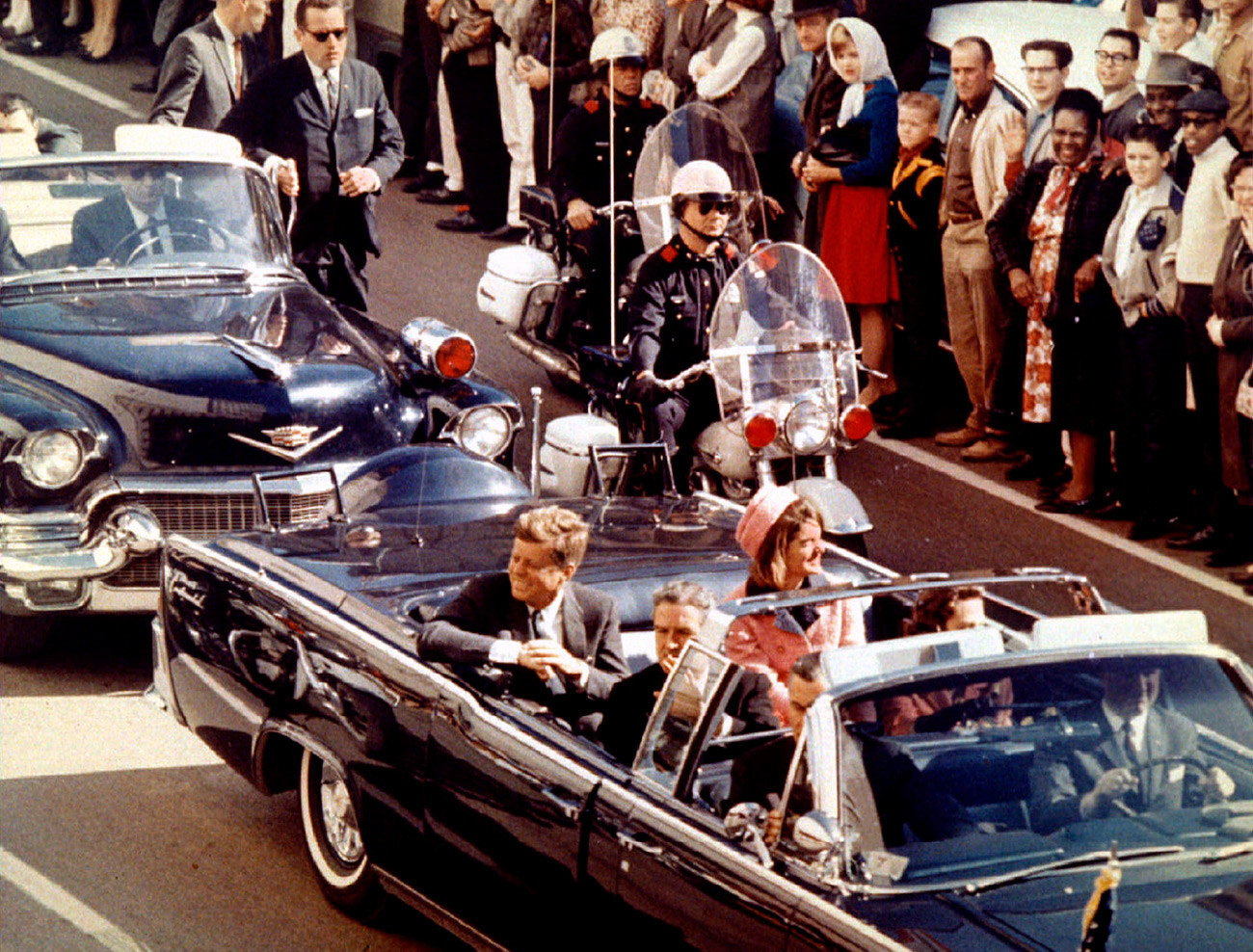 The news of the assassination sent shockwaves across the entire world, including the Soviet Union. General Secretary Nikita Khrushchev was awakened by an aide with the words: “Kennedy’s been killed!” According to some accounts, the first thing he asked was: “Did we have anything to do with it?”

The Soviet leader’s puzzling question had a certain logic to it. As it soon turned out, the accused Lee Harvey Oswald had connections with the USSR (see our article here for details).

He had lived there for two years, applied unsuccessfully for Soviet citizenship, married a Russian woman, become disillusioned with the socialist system, and then, in 1962, a year before the assassination, returned to his homeland. When the news broke, the KGB held a series of emergency meetings. Reports declassified in 2017 say that the head of the KGB residency in New York, Colonel Boris Ivanov, told his team that Kennedy’s assassination was a “problem.”

Read more: ‘He was a bad shooter’: Lee Harvey Oswald’s life in the USSR

And more trouble was expected. Under Kennedy, relations between the superpowers had entered a partial thaw. Back in May 1963, five months before his assassination, Kennedy had stated: “For, in the final analysis, our most basic common link is that we all inhabit this small planet. We all breathe the same air. We all cherish our children’s future. And we are all mortal.”

He had even expressed a wish to work with the Soviet Union to put a man on the Moon. John Logsdon, a former member of Nasa’s Advisory Council, said that Kennedy suggested it to Khrushchev, but the Soviet leader refused. 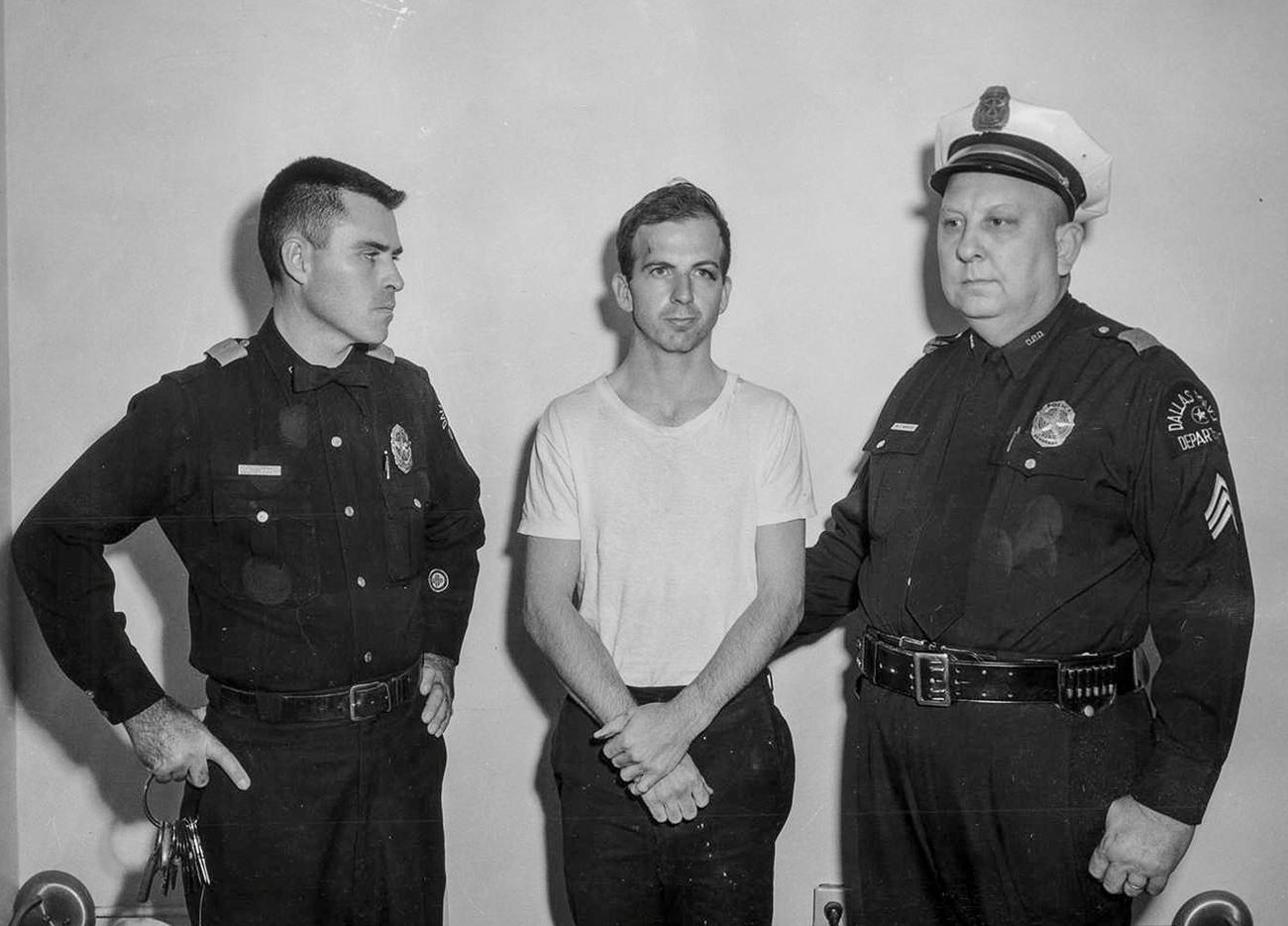 Now that the U.S. president was dead, the Soviet leadership feared that radical anti-Soviet forces could take advantage of the situation. Archival documents indicate that the Kremlin was “in a state of shock and turmoil”: “The Soviet leadership was concerned that in the absence of a [U.S.] leader, some irresponsible general might launch a missile strike on the USSR.”

The news spread like wildfire, and by morning everyone in the Soviet Union knew about the killing of Kennedy. The young, handsome, wealthy, pro-peace president and his glamorous wife were admired by the Soviet people. His assassination brought tears to many eyes. “Church bells rang in memory of President Kennedy,” recalled a U.S. intelligence source who was in Russia at the time.

On Nov. 23, 1963, the newspaper Nedelya splashed Kennedy’s portrait over its entire front page. And although photos of such size were usually reserved only for members of the Presidium, the decision was approved by the Presidium itself — they too were in mourning. 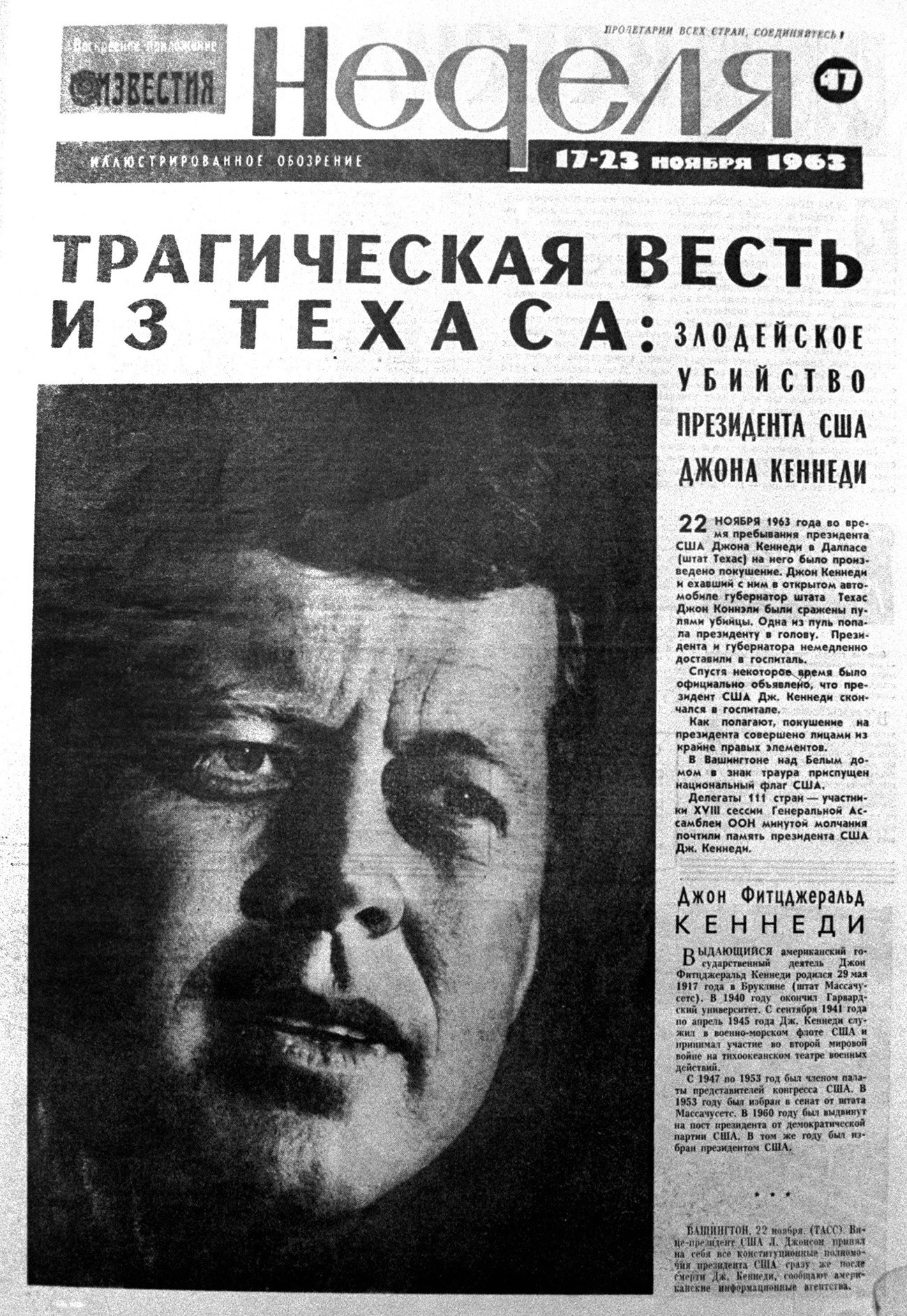 In the book Nikita Khrushchev: Reformer, the memoirs of the Soviet leader’s son, Sergey Khrushchev states that his father fell to his knees and sobbed over the killing. In life, JFK had been a hope for the Soviet Union; in death, he was a major problem. 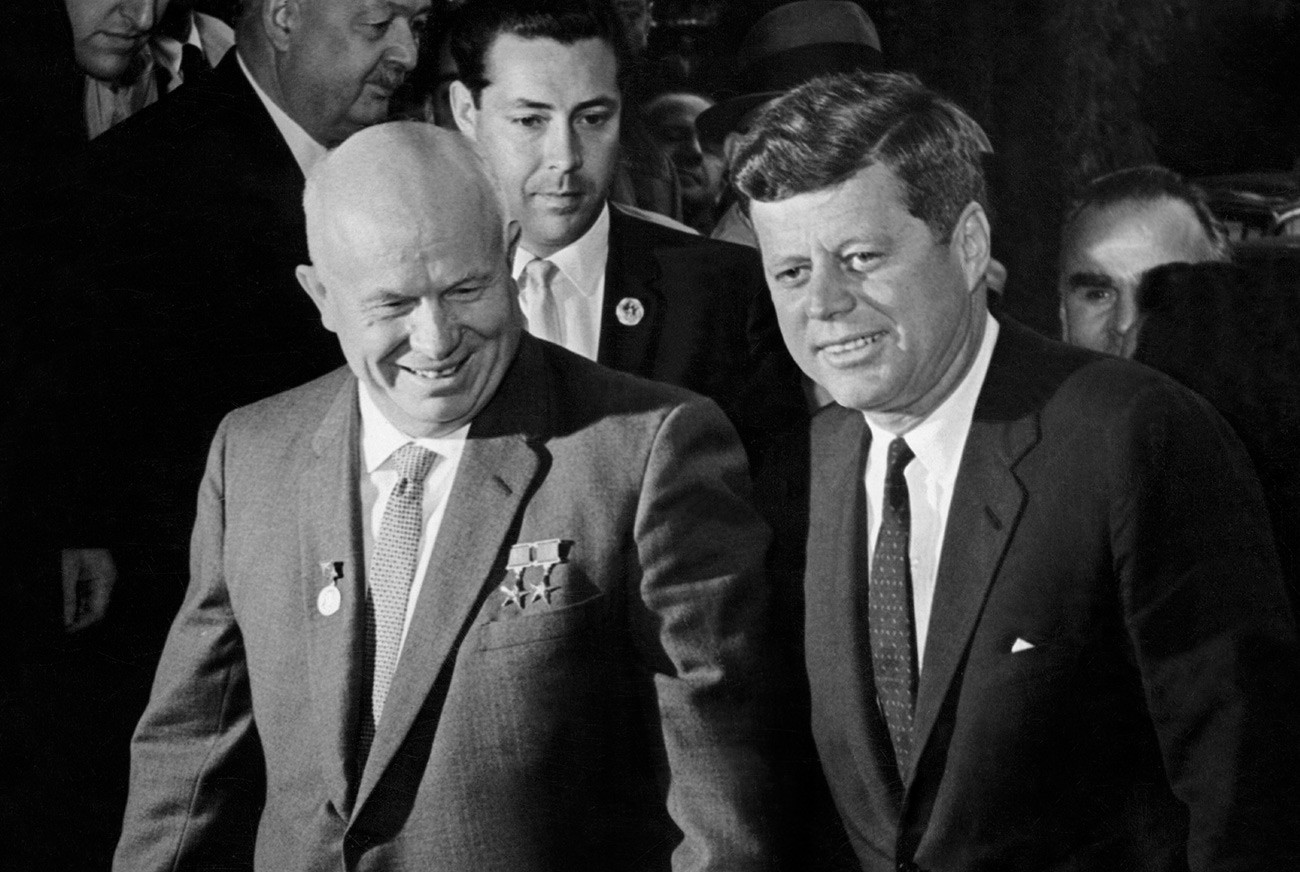 According to declassified documents based on reports of U.S. agents in the USSR, the Kremlin believed that the assassination was the result of a conspiracy of ultra-right elements dissatisfied with the Kennedy administration and led by then-Vice President Lyndon Johnson, who assumed power after the assassination. This position coincided with the 1966 investigation of Erling Harrison, the district attorney for New Orleans. Nevertheless, the opinion that the assassination was in some way linked to the USSR (as well as Cuba) was very widespread in the U.S. and fanned by the media. The Kremlin decided that it had to defend itself.

“Only a maniac could think that ‘leftist forces’ represented by the U.S. Communist Party could have killed President Kennedy,” a U.S. Department of Justice report expounds the position of the then Soviet leadership. 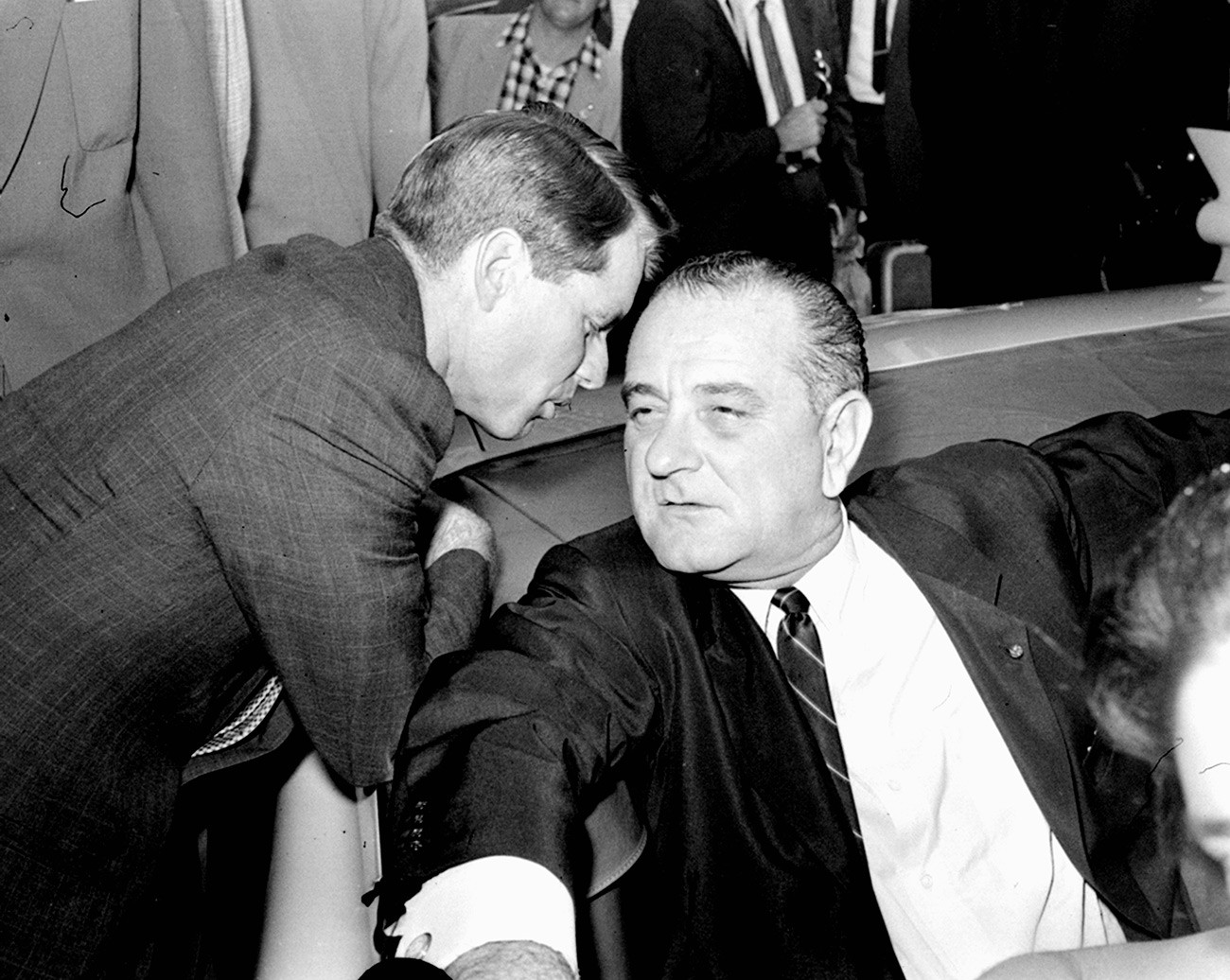 Robert Kennedy and Lyndon B. Johnson

As for Lee Harvey Oswald, the Soviet political class began to call him “a neurotic maniac disloyal to his country and everyone else.” The KGB washed its hands of him. It seized all photos of him from former friends in Minsk, as well as letters, recalls Professor Ernst Titovets, who, as a medical student in the 1960s, knew Oswald.

In a joint press statement, the USSR Foreign Ministry and the KGB declared that Oswald had never been in contact with the Soviet authorities, and that the killers should be sought in the U.S. A secret note for the Politburo highlighted the Kremlin’s willingness to provide information on Oswald, should the U.S. request it. But after talks with U.S. Ambassador to the Soviet Union Llewellyn Thompson, it was never published. “It is clear from everything that the U.S. government has no wish to involve us in this matter or to engage in a fight with the extreme right; it clearly prefers to bury the matter as quickly as possible... I believe that this point should be taken into account in further reports by our press,” wrote Anastas Mikoyan, Chairman of the Presidium of the Supreme Soviet, in a secret letter. 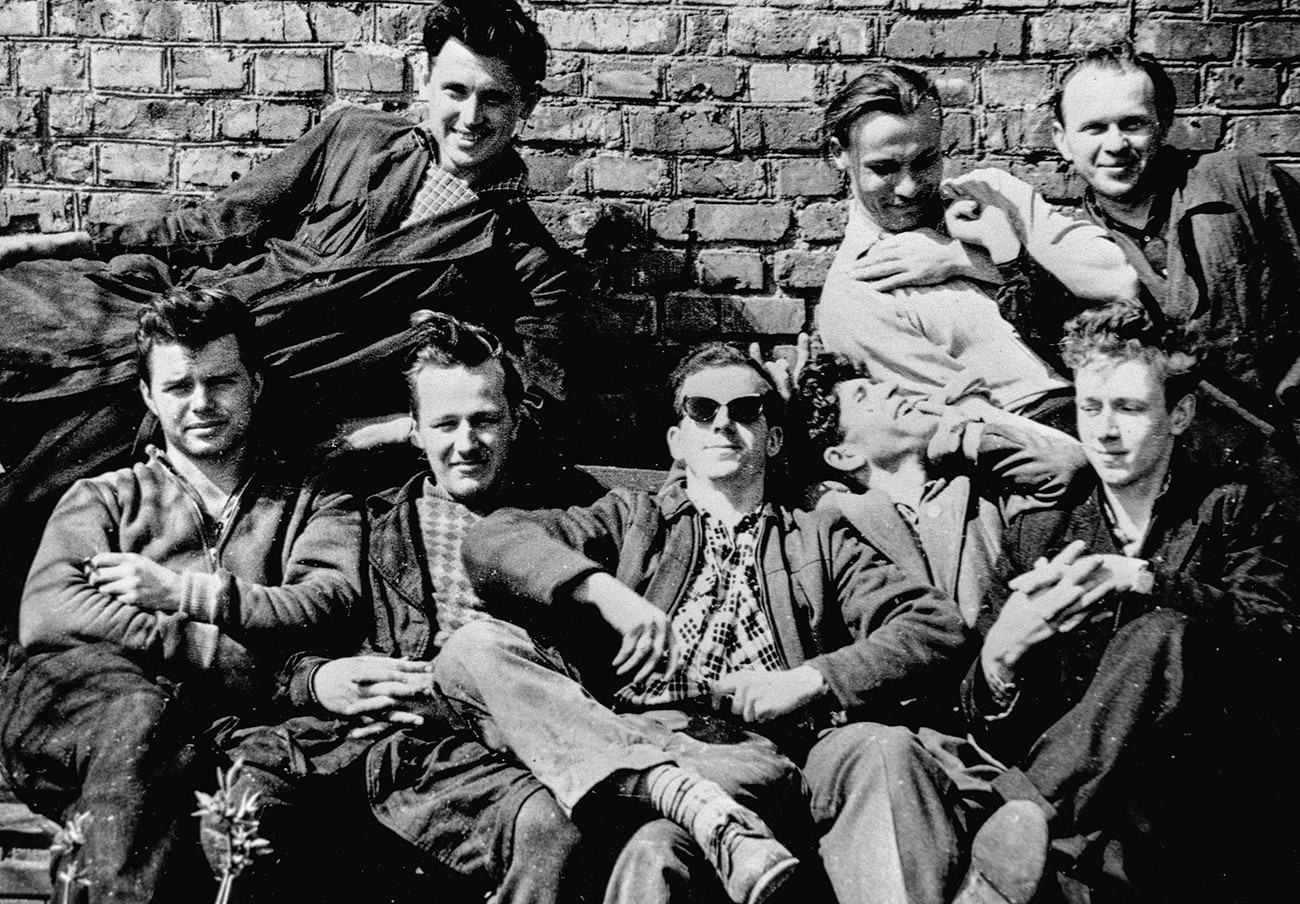 Lee Harvey Oswald enjoys the company of his fellow workers at the factory in Minsk where he worked.

In the end, misinformation and fake news came into play. In the 1960s, Soviet intelligence spread rumors about CIA links to the Kennedy assassination, and paid U.S. lawyer Mark Lane, author of several controversial bestsellers about the Kennedy assassination (such as Rush to Judgment, 1966), to whip up talk of alleged CIA involvement and other conspiracy theories. This is described in detail in documents held at the Churchill Archives Centre in Cambridge, UK.

All this lessened the attacks on the Soviets. And an escalation of the recent Cuban Missile Crisis, much feared in the USSR, did not materialize. Subsequent investigations found no evidence of Soviet involvement in the assassination. In 1999, in Cologne, Germany, Russian President Boris Yeltsin handed over to U.S. President Bill Clinton 80 pages from the Soviet secret archive relating to Oswald and the Soviet Union’s reaction to the assassination. “I want to thank you for this unexpected and important gift,” stated Clinton at the time.