Why did kids sleep in the freezing cold in Soviet kindergartens? 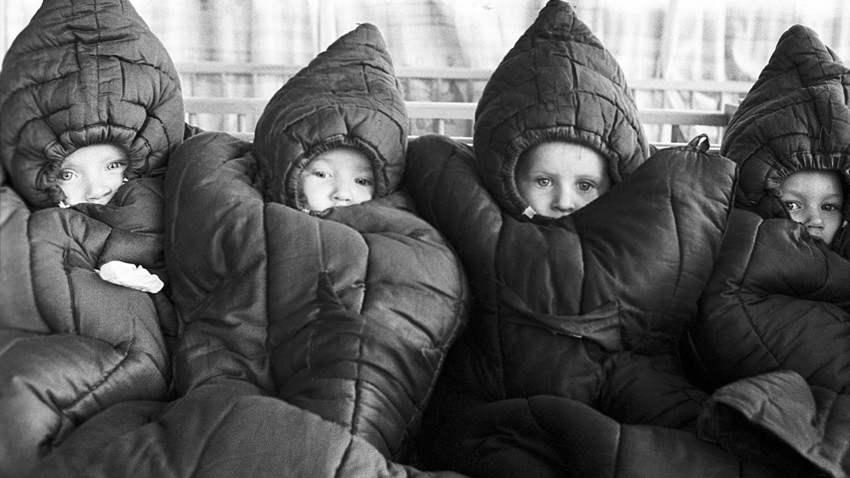 Sergey Solovyov/Sputnik
No, these photos were not staged. Soviet children really had sleep time in the fresh air, even in winter!

Looking at this photo, we can’t help but shiver – toddlers are apparently sleeping outside during winter. Surprisingly, that was a common practice in Soviet kindergartens. We can find numerous photos showing kids sleeping outside – in winter, as well as in summer. 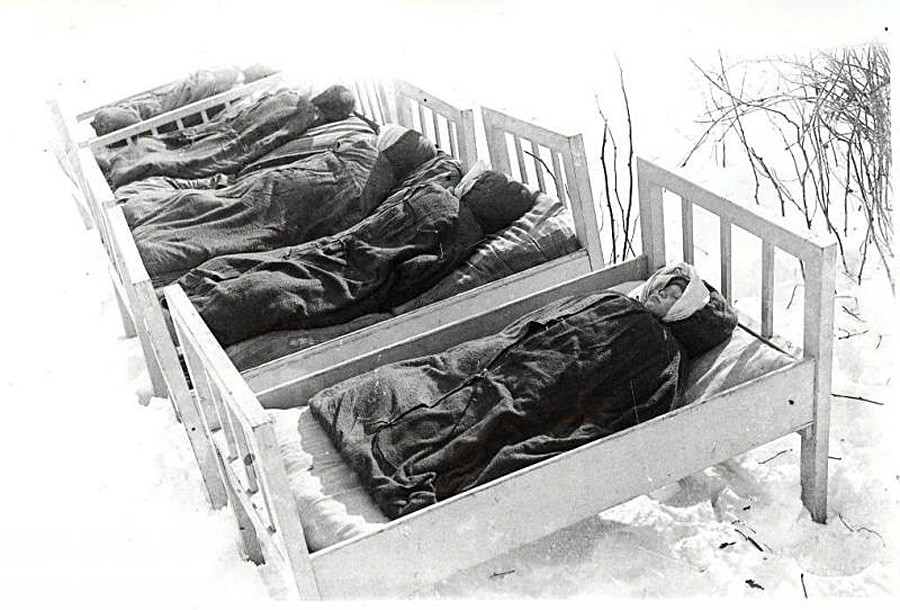 Naptime outside in the 1950s

Was this kind of sleep dangerous for the children’s health? We studied a document called ‘Sanitary rules and regulations for kindergartens’, from 1985 and approved by the USSR’s highest medical authorities. It turns out that Soviet children institutions clearly understood that kids should have regular access to fresh air. Regulations demanded the rooms of kindergartens be aired no less than twice a day, and that children should regularly walk and play outside. The kindergarten staff was to see that the kids were warmly dressed, but not excessively: winter overcoats were only mandatory if the temperature dropped below -4 Celsius. However, in these ‘Sanitary rules and regulations' we found no information about physically sleeping outside.

A labor camp or a healthy habit? 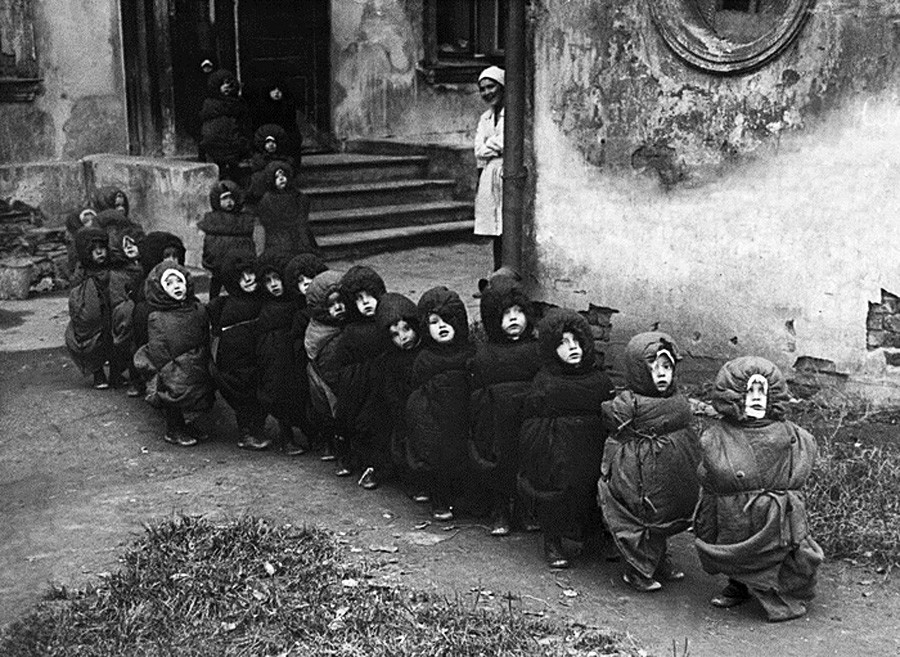 But photos like these are in abundance, so we browsed some online message boards and found a few really interesting comments on the topic from people who are old enough to remember their youth in the USSR.

One of the foremost tasks of the first Soviet government was to stop mass epidemics, including tuberculosis. By the beginning of the 1930s, over 25 thousand doctors were working in tuberculosis clinics; by 1957, over 130 million Soviet people were vaccinated against TB. But the core fight against epidemics was everyday hygiene, propagated in kindergartens all over the USSR. 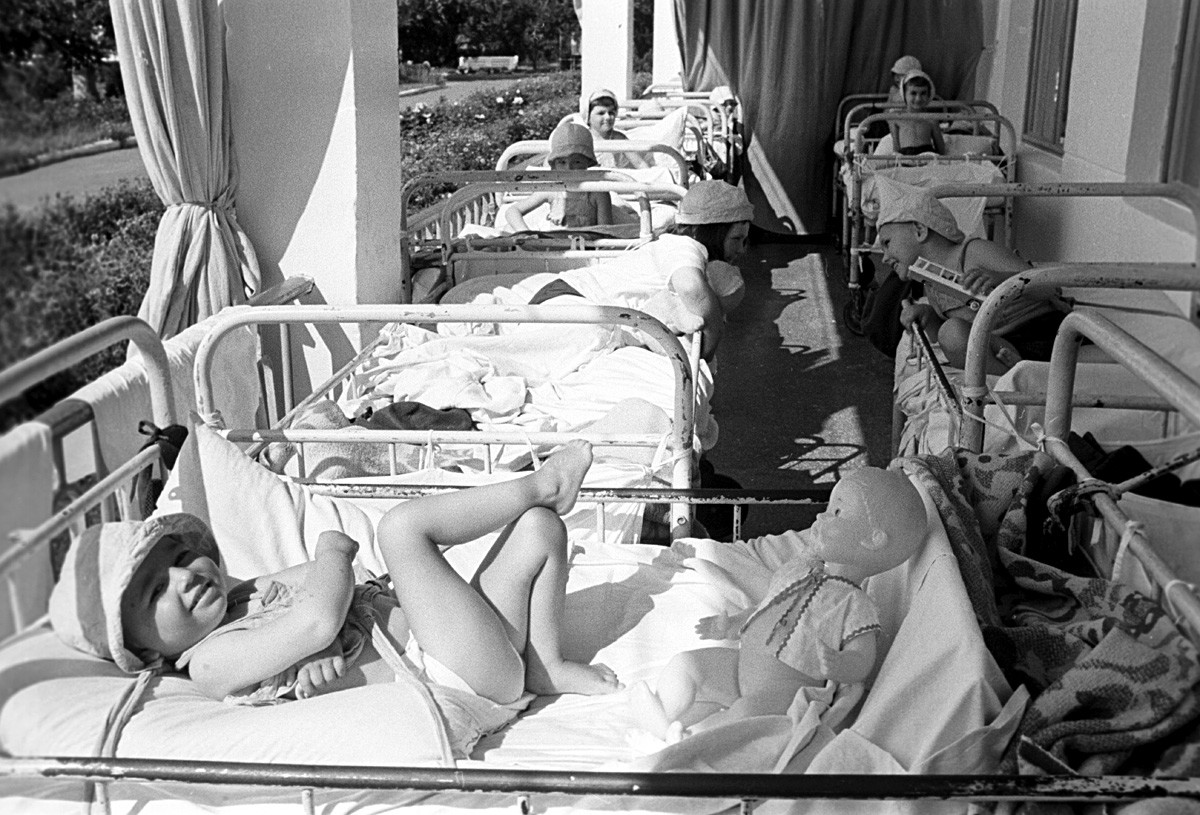 Fresh air is essential to good health. The health of the first Romanovs - the tsars - was so poor, because they spent the majority of their lives inside their chambers, rarely breathing fresh air, especially when they were kids.

In contrast, Soviet children spent a lot of time outside. Internet user ‘matros_kruzhkin’, who spent a year in the anti-tuberculosis sanatorium for children in 1959-1960, wrote: “I remember very well these nap times on open verandas, even in winter. Only the nose was left to breathe. In summer, children slept on verandas and terraces. Even in winter, those who were unable to walk were carried outside and tucked warmly in blankets. The rooms were heated with stoves that used firewood.” 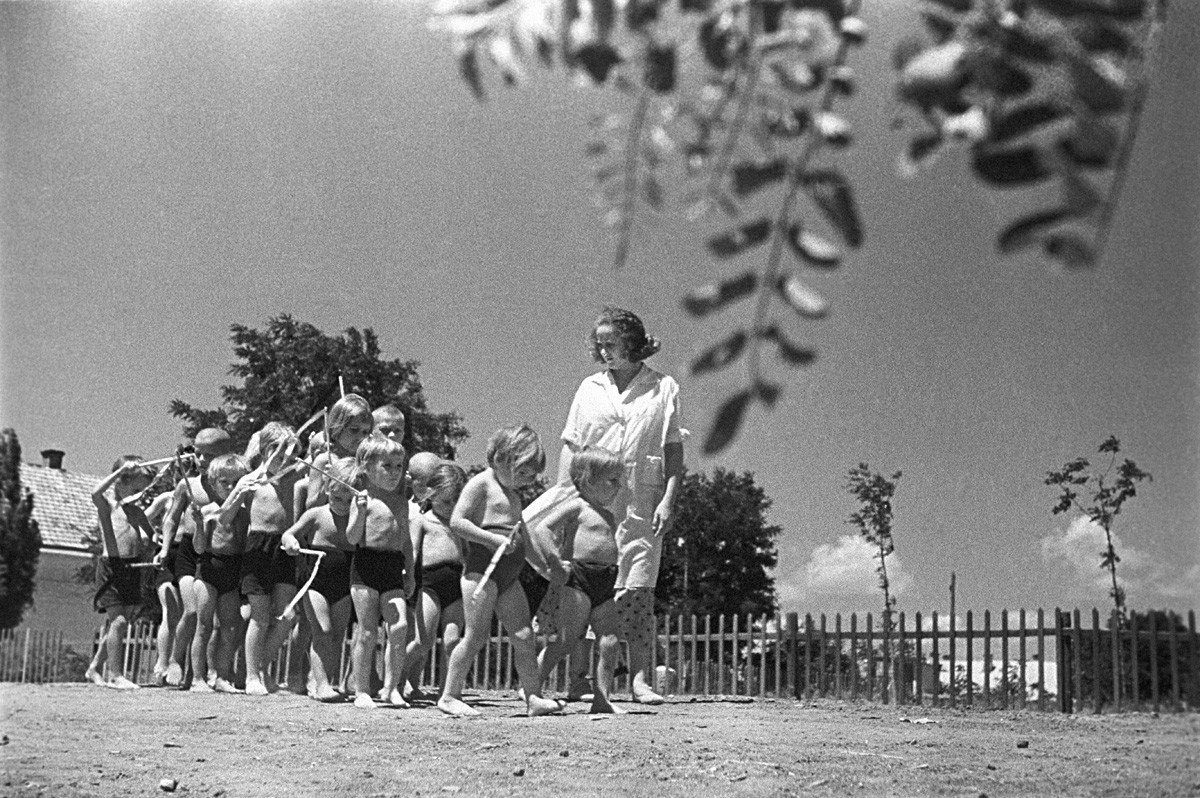 Children from a kindergarten in Feodosiya, Crimea, on a summer walk. 1939

Other people confirm that in the 1970s and 1980s, the practice of using water and air therapy persisted, and not only in anti-tuberculosis institutions and sanatoriums. User ‘DuraLena’ remembers that in the 1980s, “all our kindergarten group walked outside just in panties, and we were spruced with water from a hose.”

Some kids, however, didn’t find this enjoyable, judging by other recollections: “I will never forget this, this was like a labor camp,” a user named ‘barbosiara’ wrote. “In these sleeping bags, you couldn’t move an inch, and I couldn’t stand anything so tight – I used to throw a tantrum immediately, and the damned kindergarten teacher only tucked me in tighter.” 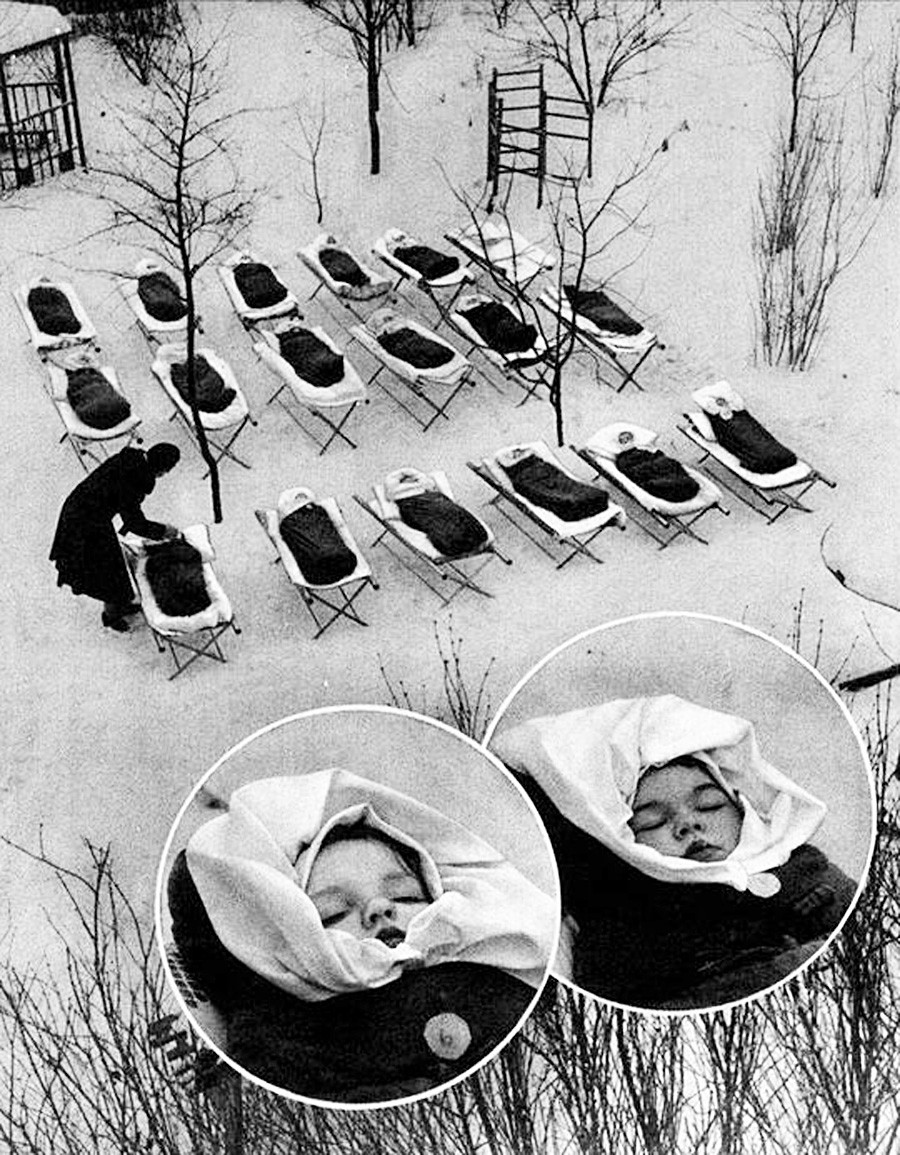 For kindergarten teachers, taking children outside in winter wasn’t really a walk in the park. User ‘eliabe_l’, born in Moscow in the 1950s, recalls: “How much work was that for the nannies! Kids had to be put in sleeping bags, then carried out onto the terrace, where the windows were open wide. After nap hour, all had to be carried back inside. And it was a common kindergarten, not an elite institution. Every morning, all children were examined by a doctor, and if somebody had a cold, they were sent home.” Sanitary norms prescribed sleeping outside if the temperature was above -10 Celsius. 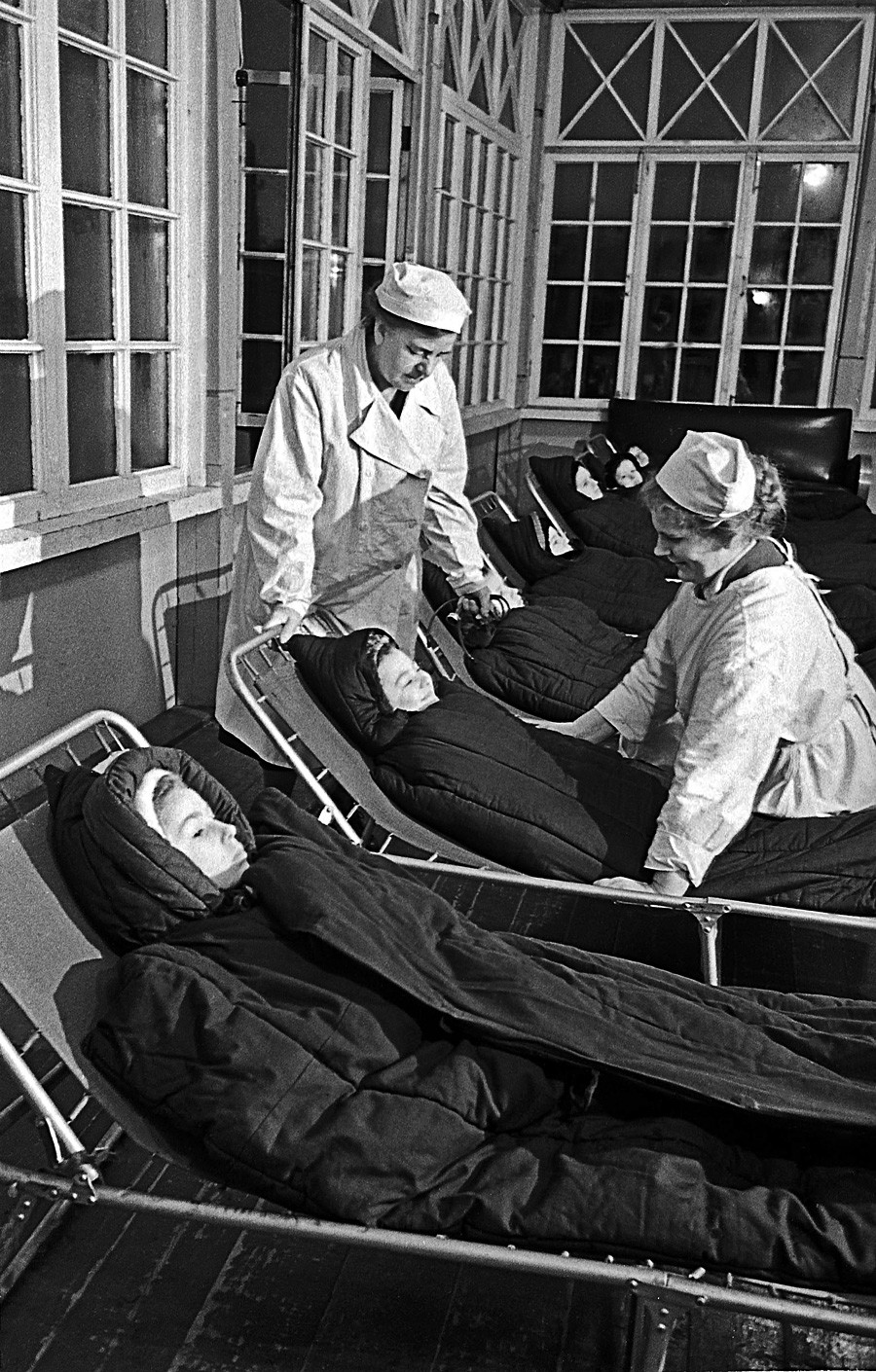 Children in a sanatorium in the Karelian Istmus, USSR, 1959

All things considered, that was quite a “romantic” experience many Soviet people remember even in their elderly years. Many people have preserved the habit of sleeping outside or sleeping with the windows open, even in the coldest times of the year. 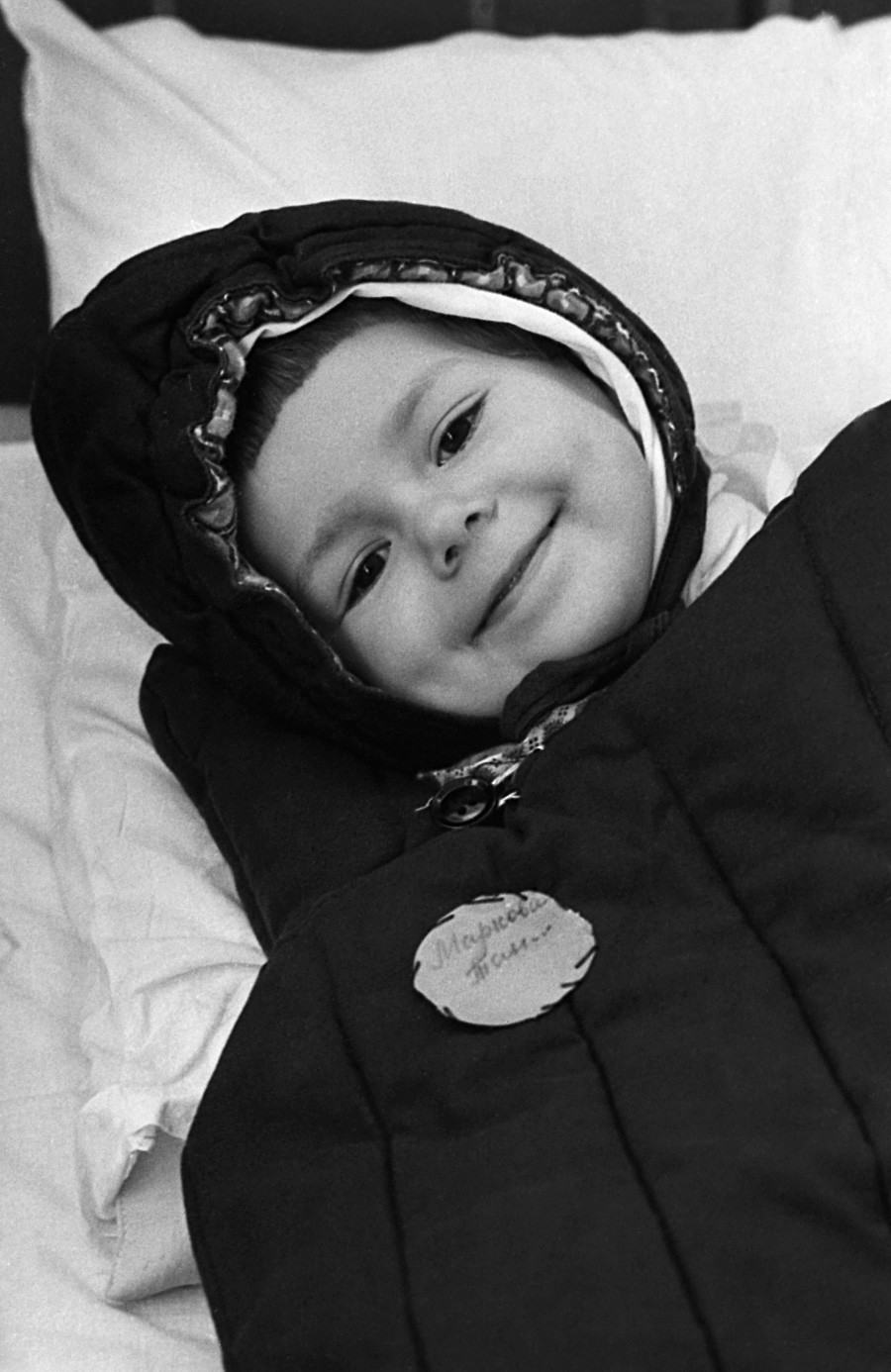 A girl in a sleeping bag in a kindergarten in Cherepovets, 1973

“I do remember how at day nursery (even before kindergarten!) after lunch, we all were put in quilt ‘envelopes’ and taken outside to sleep,” a user named ‘Olk’ recalls. “We slept on some very wide tables. I liked to lay there and watch the maple leaves fall in winter, or titmice jumping on the bare branches in winter. And always near us, a nanny was sitting, clad in an overcoat and cupping her frozen fingers, looking at us from time to time from under her brows. I quickly shut my eyes tight and pretended to sleep.”