Think your childhood was fun? Check out how Soviet kids ran wild in the playground 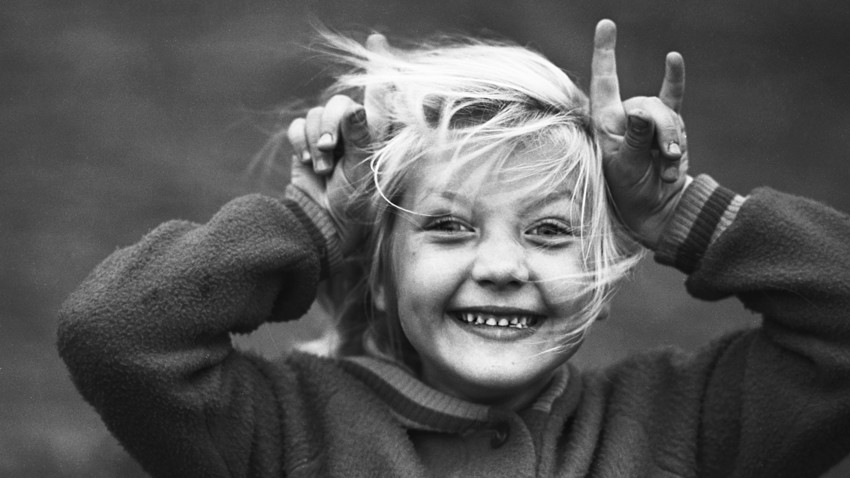 V. Titov/TASS
Before the days of the internet and smartphones, children brought up in the USSR had to be more inventive to have a good time - and the yard was their oasis.

Small cozy yards wedged between city blocks were the entire universe for most urban children in Soviet times and in Russia during the 1990s. In such spaces, long before the appearance of social media and the virtual realm, children made friends, played, fought and hung out from dawn till dusk, or until mom called them home. While there was no central ‘Ministry of Yard Culture,’ somehow kids from Kaliningrad to Vladivostok played nearly identical games, and despite the they shared the same childhood dreams. What were these magical worlds like? 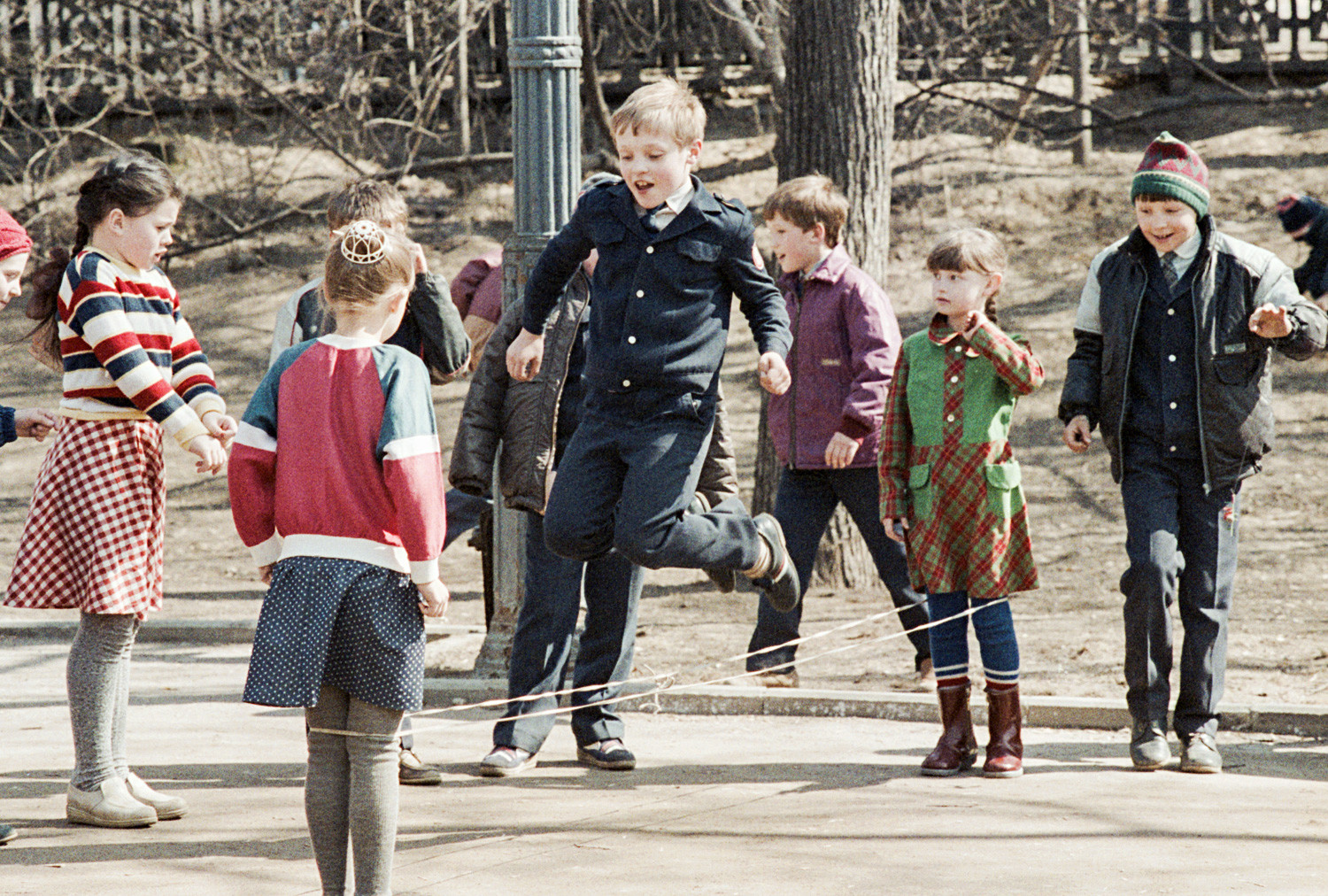 Games usually were specific to gender, but sometimes they were for mixed company. In general, they were inspired by various abilities and contests. Hopscotch honed jumping skills, while ‘Cossacks and Bandits’ taught kids to hide, seek and run.

One of the most popular games among girls was French skipping (). Three girls had a long elastic band that formed a circle, and two players stood inside while the jumper performed a series of increasingly difficult moves. The ring was gradually raised to the two holders' knees, thighs, waist, and if the jumper was skillful enough even to the chest! If the jumper made a mistake she changed positions with one of the holders.

Another favorite game was ‘Bouncers.’ Two players stood on opposite sides of the playground and threw a ball, trying to hit the others who moved about trying to avoid being hit. If the ball hit you, then you left the playground. The last remaining player had to avoid the ball as many times as he was old, plus one. If not successful, then he switched places with the person who hit him.

Boys often played  (war), sometimes against kids from the neighboring yard. There were ranks just like in the adult world: soldiers, generals, spies and cryptographers (teams invented their own code to communicate). 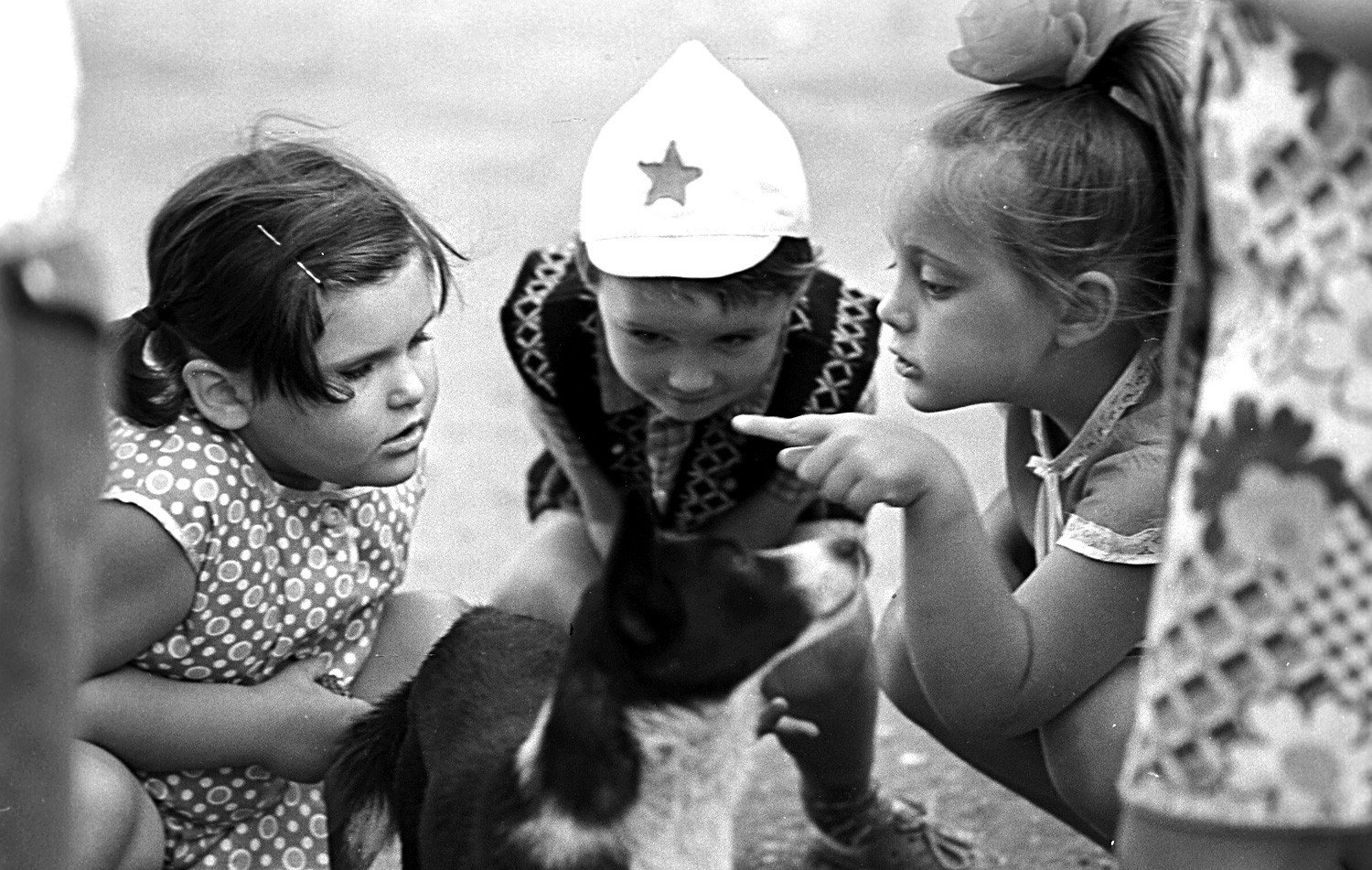 Children playing with a dog, Crimea.

game had rules and nursery rhymes. Take, for example, the famous Rock–Paper–Scissors. When kids started playing they yelled out: “Tsu-E-Fa.” The phrase is meaningless in Russian, but in fact, in it means, “Please, start.” (The game came to Russia from China in the 1920s). In some kids would say: “, , -e-fa,” “chi-chi-ko,” “u-e-fa,” (“one-two-three”). There are possibly hundreds of ways that kids uttered this rhyme.

When children needed to choose a role, they counted: “Eniki- vareniki, --! Sovetskymatros” (Eniki and ate vareniki, --! The Soviet sailorman went out). This is how the last child was chosen. Some believe that “” and “” are children’s names, but others say these are modified ancient Latin rhymes.

Here’s a simpler rhyme for choosing players: “On the Golden porch there sat: Tsar, tsar’s son, king, king’s son, the shoemaker, the tailor. Who gonna be?”

The rhyme-game, “Swan,” is similar in many countries, but differs in Russia with a poem. Children stand in a circle holding hands, and every one speaks one word from the following: “A swan flew on the blue sky reading the newspaper number five” (or any number). The children tap each other, and the last kid tries not to be tapped. 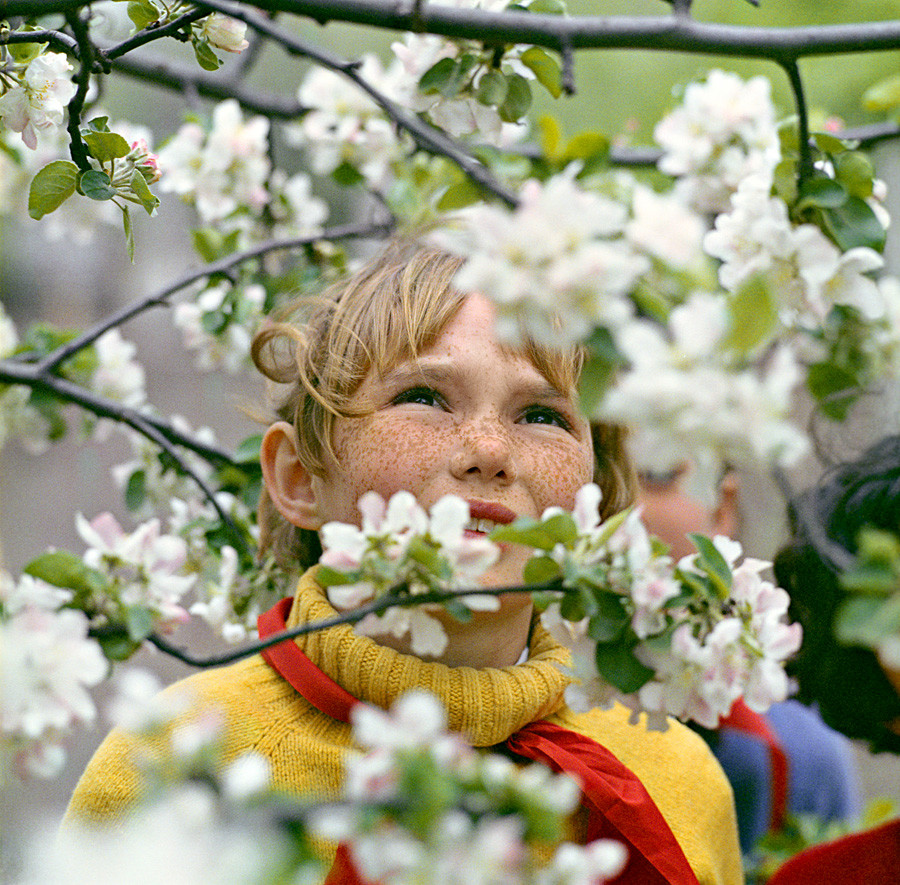 What did Russian children do when they wanted to chew something? No, not gum – that came to Russia only in the last years of the Soviet Union. Instead, we had flowers, and some tasted unbelievably delicious.

The taste of lungwort (Pulmonaria Obscura) was sweet and reminded one of jam. Five-petaled lilacs were believed to have magical and were hunted and devoured in large quantities.

In winter, children played with snow and icicles, but also made incredible things. “In my there was a lot of snow in winter,” said marketing manager Valentina Pakhomova from St. Petersburg. “When there was heavy snow my sister and her friends made snow rooms in the front garden for us kids. They made tables, beds even a fridge. And we liked to play there: We had nothing else to do in winter, and our parents always sent us outside to get some fresh air.”

“We collected shadberry and pretended to be princesses with my best friend,” said Tamara Grigorieva, a teacher from Moscow. “Spending time with friends in the yard was far better than today’s gadgets. Real live play and communication always a richer experience of life than the virtual one.” 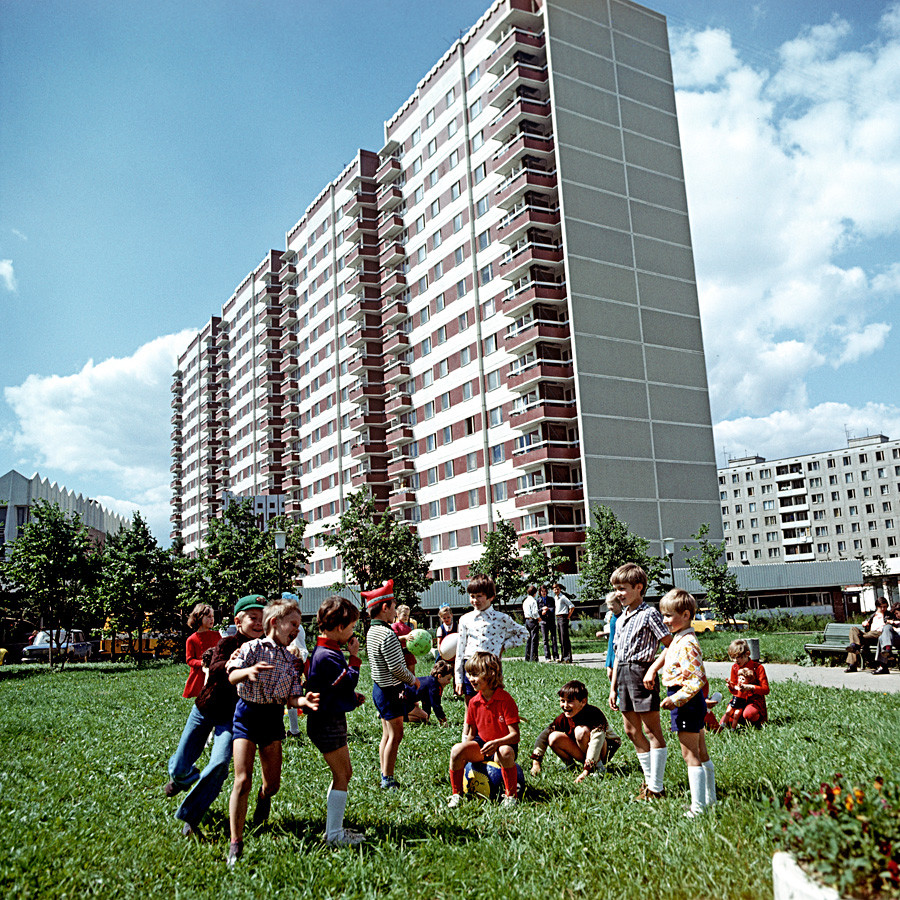 watched their children from the window and shouted when it came time for them to return home for lunch, said . “My neighbor, Aunt Luba, often sat with me: She lived on the 5th floor and yelled from above, but I was too shy to yell back.”

“We played in the yard with the girl next door and my parents watched us from home because they could see us from the window,” recalls Moscow blogger Daria Sokolova. “My granny let my uncle play yard football; they lived on the 12th floor and she was too lazy to yell, so she hung a red flag to signal that it was time to go home.”

Everyone in the yard knew each other. Kids played and grownups dated, while seniors sat on benches and discussed the teens. “In childhood, everything seems to be magical, even your yard,” said Tamara. “Later, when we grew up, I realized that my ‘boyfriend’ in fact had strange ears, his jokes were stupid, and the magic somehow disappeared.”

Do you miss your childhood playground? Tell us about it in the comments section.