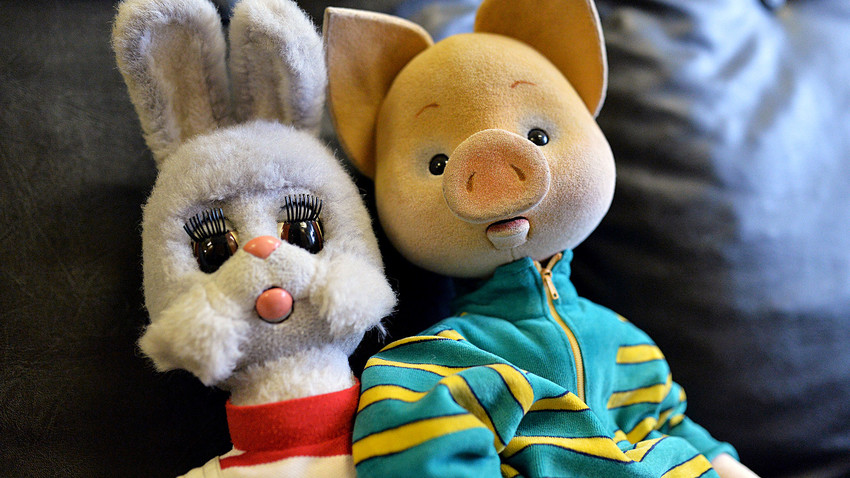 Stepashka the Hare and Khryusha the Piglet toys for the Good Night Little Ones show at the Ostankino TV studio.

Vladimir Pesnya/Sputnik
Over the past 54 years these puppets have waved goodnight to children, teaching them how to behave, and showing cartoons. “Good Night, Little Ones!” is more than a program – it’s a social phenomenon that so far has helped raise three generations, and it is still going strong.

Every country has its own show for children, with fictional creatures telling funny and cute stories, helping the children to grow up and navigate the strange world that we live in. In the U.S. there’s “Sesame Street.” Well, Russia has its own iconic children’s program, “Good Night, Little Ones!” (Spokoynoy , !) Generations of Russians consider it an exceptional work of art. Here’s why.

The show utilizes a structure that isn’t particularly original. Puppet animals, joined by a human host, face certain difficulties, and with the help of jokes they find solutions, whether it be dividing a pie or forgiving a friend for misbehavior. Finally, they watch a small cartoon. Each episode, which lasts just ten minutes, is shown at 20:50 right before the evening news. After that, it’s time for kids to go to bed, and both the animals and human host wave goodnight 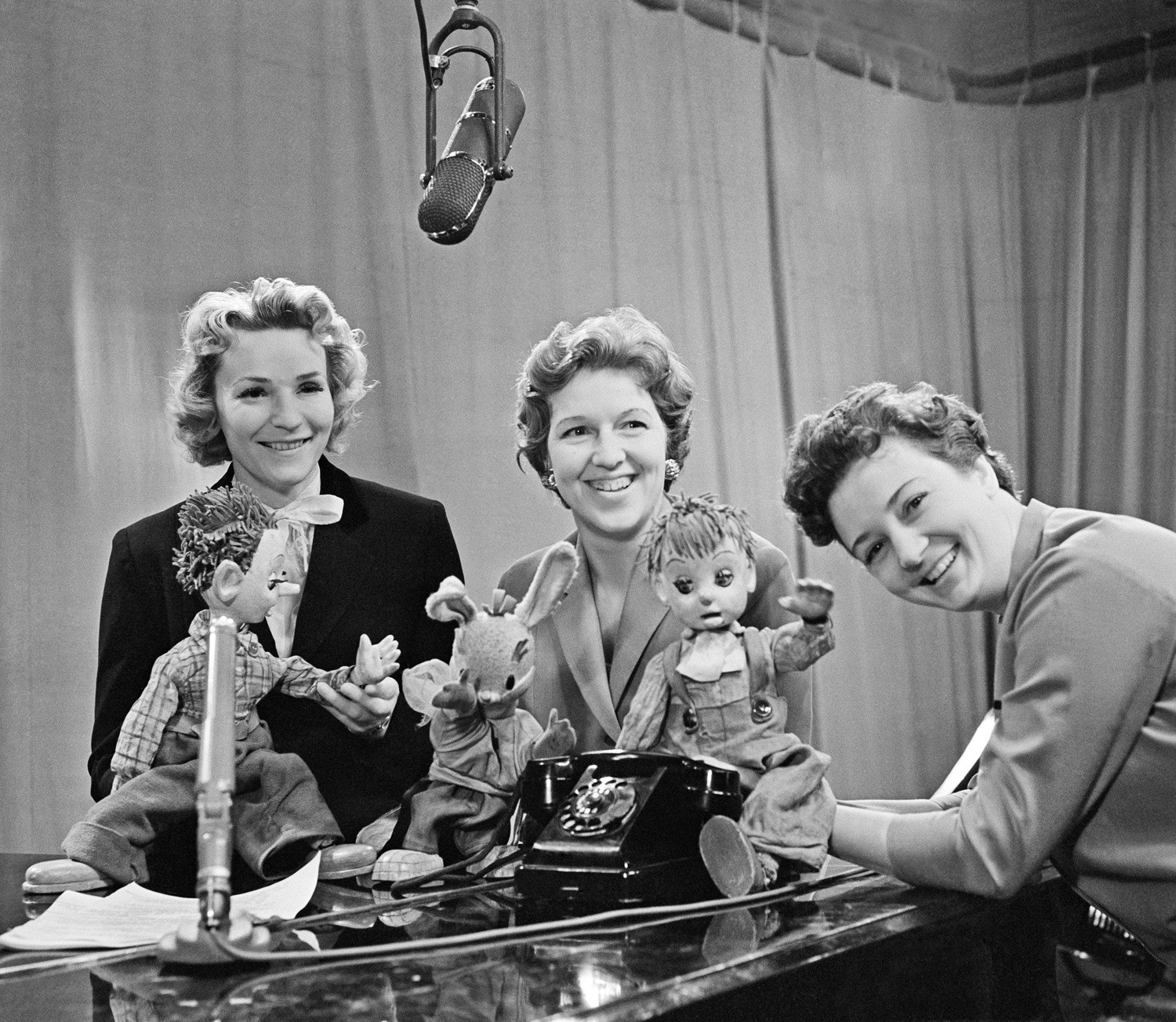 Anchorwomen of the Soviet Central TV Anna Shilova, Valentina Leontieva and Nina Kondratova (L-R) are pictured during the shooting of Good Night Little Ones.

in 1964, this is one of the oldest programs on Russian TV. Originally, it was inspired by East Germany’s Sandmännchen (Sandman) – the story of the Sandman, a creature from European folklore who puts children to sleep by sprinkling magic sand into their eyes. Russians were not keen on the Sandman, however, so Soviet television replaced him with cute animals; probably so as not to scare the hell out of children. 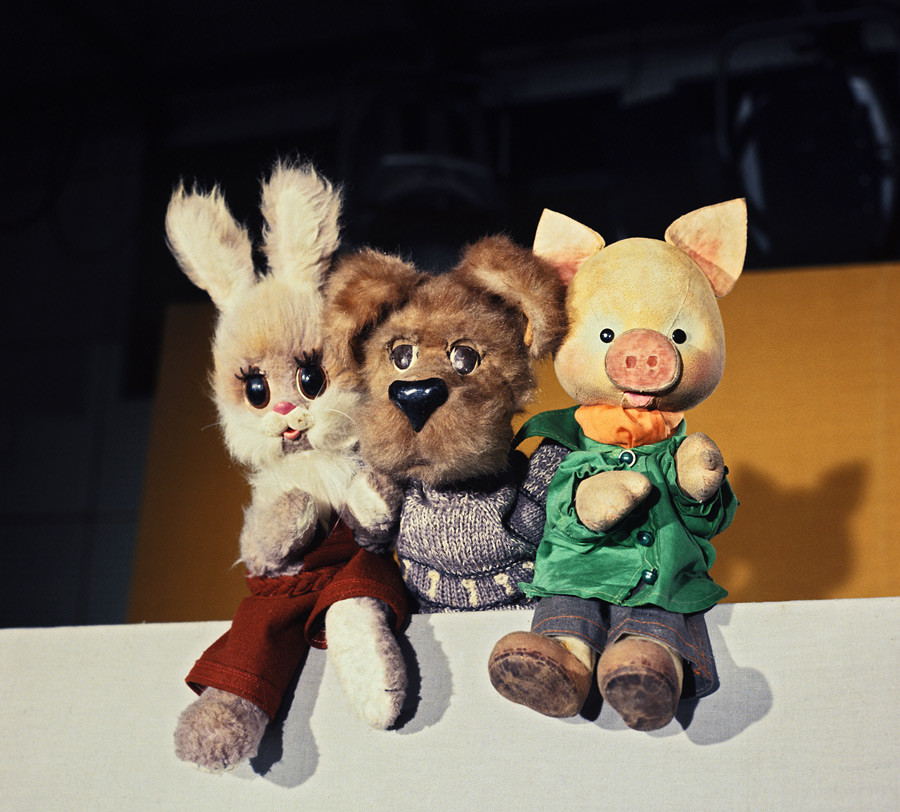 “Good Night, Little Ones!” originally consisted of static pictures with text read off-screen. Then, short puppet sketches and human actors appeared. In 1968, the classic cast appeared: Philya the Dog, Khryusha the Piglet, Stepasha the Hare and Karkusha the Crow (the only female in the show). Over decades, however, the program had some changes. For instance, on Nov. 11, for the first time ever, “Good Night, Little Ones!” did not appear on air. Soviet leader Leonid Brezhnev had died and the country was mourning – apparently, puppet animals included.

Then, for 3 years the animals disappeared from the show, and there were only human hosts. Why? Andrey Menshikov, who used to head the TV studio for children, recalled: “The Party banished Khryusha the Piglet because leaders in Muslim Soviet republics thought a pig should not wave goodnight to Muslim children.” Only with Perestroika did the new Soviet leader, Mikhail Gorbachev, allow Khrysha to return, along with the others.

3. Helped bring down the Iron Curtain

Gorbachev had his reasons to sympathize with Khryusha: the piglet helped reduce tensions between the USSR and the U.S. (In reality, it was producers Menshikov and his American colleague Christopher Serf). In the 1988 TV special Free To Be… A Family, Khryusha met Kermit the Frog from the “Muppet-show,” and parroting the diplomatic rendezvous of Gorbachev and Reagan at that same time, they discussed serious issues. And you think the last “Avengers” is the greatest crossover film ever?

4. Loveable characters (but some strange) 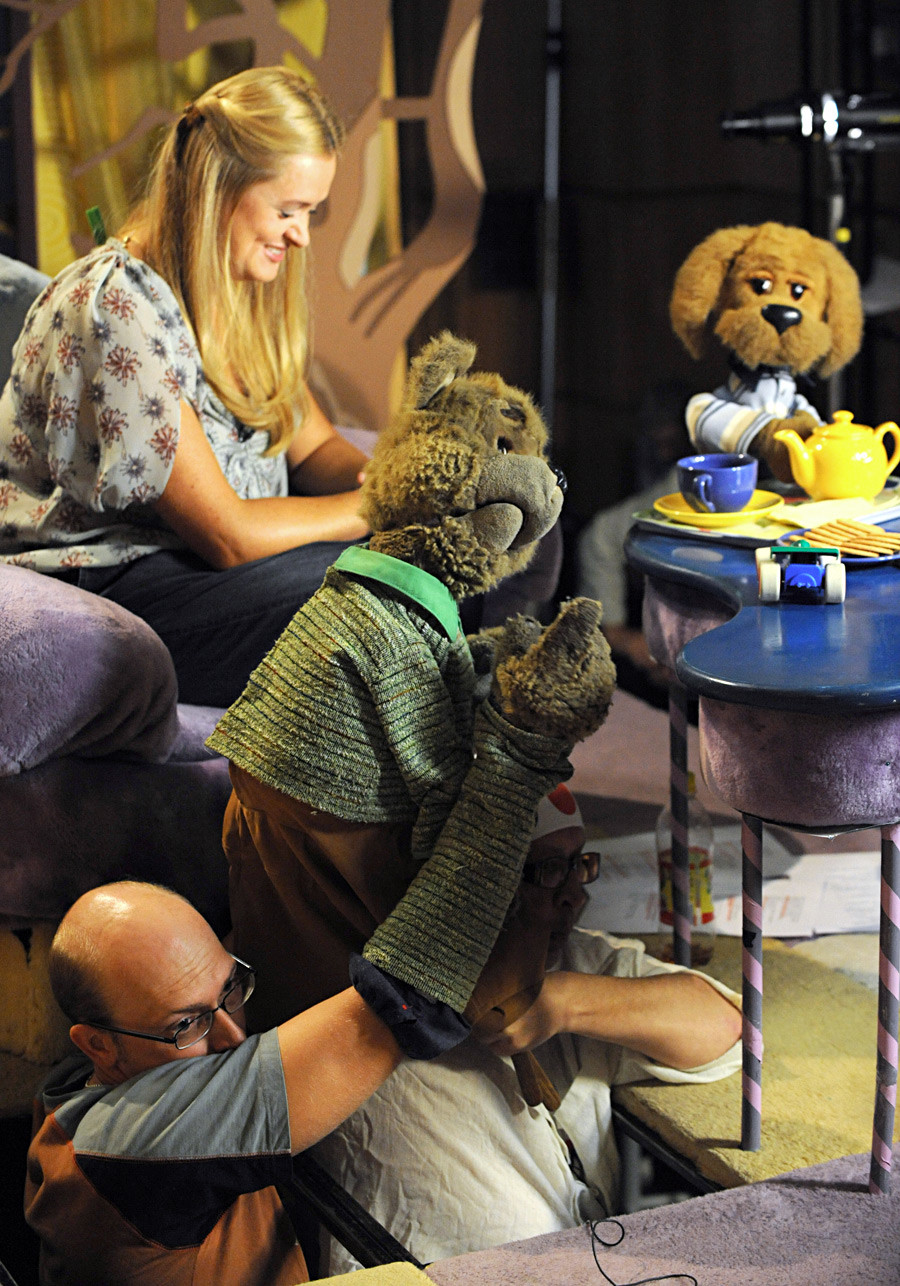 Mishutka the Bear joined the crew back in the 2000s.

As Menshikov recalled, Soviet children begged the authorities to put Khryusha back on the air, and it worked. He and the other classic animals from “Good Night, Little Ones!” are still loved by kids. Apart from the four ‘Beatles’ (Khryusha, Philya, Stepasha Karkusha), other animals have appeared later. In the 1960s they were joined by Buratino (Russian Pinocchio), and in the 2000s, Mishutka the Bear appeared: how can a Russian TV show not have a bear! The latest newcomer is the Amur Tiger, whose appearance tries to bring attention to the need to protect endangered species. 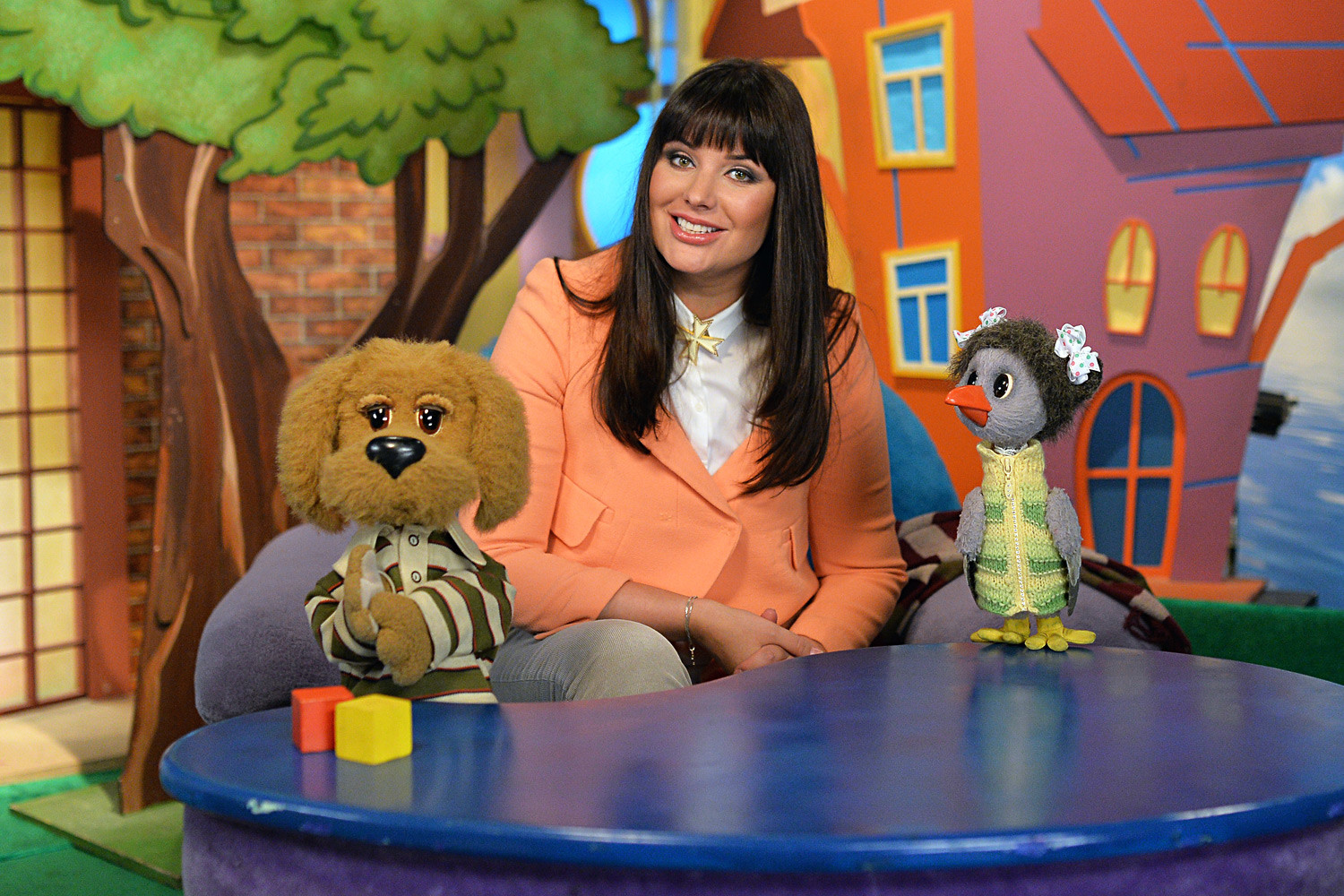 human hosts also change – among the current ones are Oksana Fyodorova (former Miss Russia), pop singer Dmitry Malikov, ex-boxer and parliament member Nikolay Valuev. There has been no ‘upgrade’from to computer-generated models, however. Khryusha, Stepasha and the others are still operated by people hiding under the table. Years ago, Grigory Tolchinsky, the first voice for Philya even used to joke: “When I retire, I’ll write my memoirs: 20 Years Under Aunt Valya [the host]’s Skirt.”

“A cocky piglet, a shy hare, a chatty crow and a phlegmatic dog – everyone can find oneself in these characters, no matter if you’re a child or a grown-up,” commented the TV program Utro Rossii, on the occasion of the show’s anniversary. Certainly, the show will remain on for a long time, and many new generations of children will continue to watch it.

Russians do love some good TV entertainment (just like any other people). Check out these auditions from Russia's version of The Voice.