Why some Heroes of the USSR were stripped of their titles 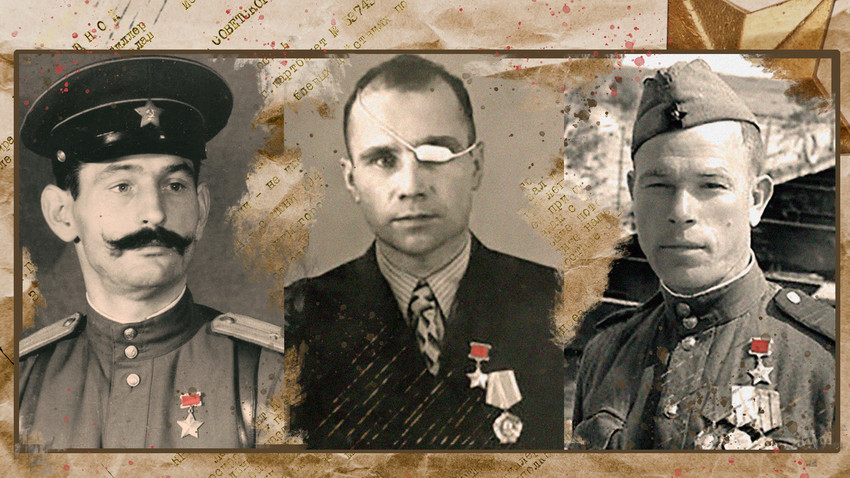 Archive photo, Russia Beyond
They were awarded the highest honor and became “Heroes of the Soviet Union”. However, greed, lust, cowardice, and sometimes just ill fate made it impossible for them to keep their title after the war. 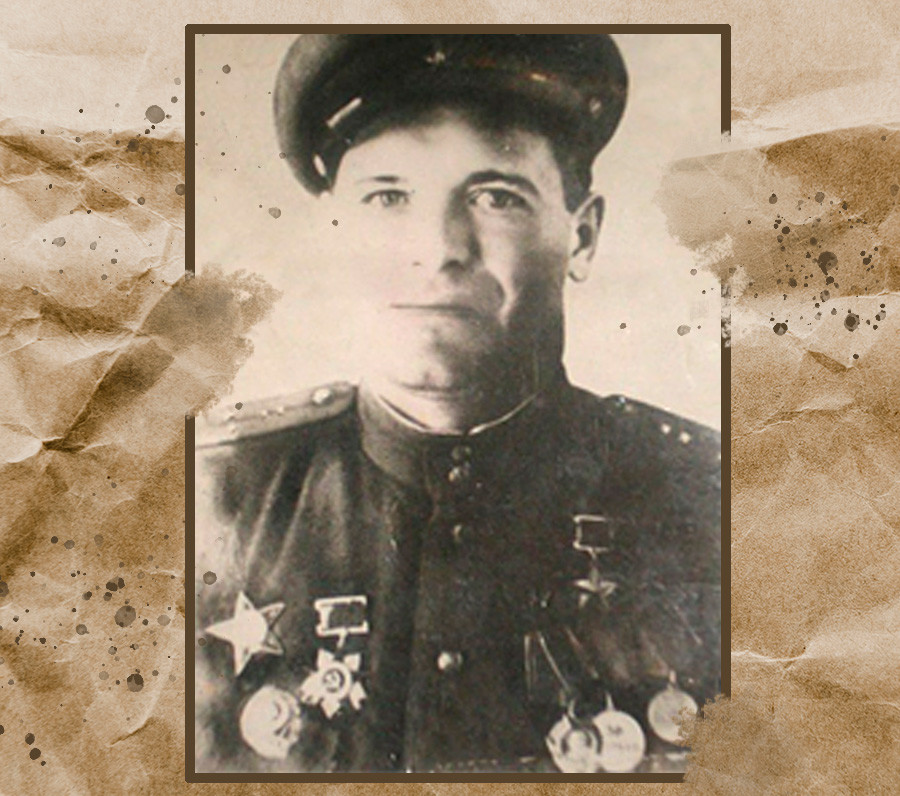 Sergeant-Major Petr Kuznetsov received the title of Hero of the Soviet Union on Jan. 10, 1944, for exemplary execution of combat missions and for displaying courage and heroism on the battlefield. Kuznetsov's entire military career consisted of service as a member of a reconnaissance platoon that made numerous sorties into the rear of German troops, destroying emplacements and killing enemy soldiers, and capturing prisoners to be interrogated for valuable information.

After the war, Kuznetsov worked as head of security at a sugar-producing factory in the Sumy Region in Soviet Ukraine. In 1947, he got into a row with the factory director, who spoke dismissively of war veterans who, in the director's words, "pinned pieces of iron to their chests". Kuznetsov took out the honorary weapon issued to him in recognition of his feats and killed the man who he felt had offended him with three shots. He was sentenced to 10 years in prison and stripped of all his awards. 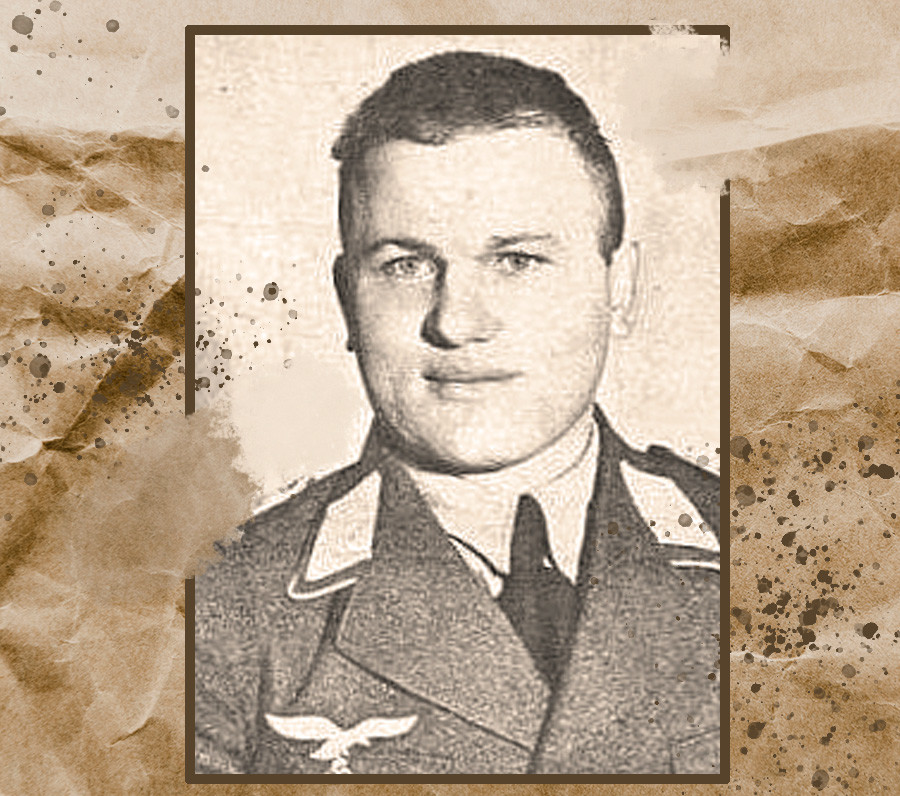 By the fall of 1943 pilot Captain Semyon Bychkov had taken part in 60 aerial engagements, including over Stalingrad and the Kursk Salient, shooting down 15 enemy aircraft single-handedly and claiming one shared kill. For his bravery and heroism Bychkov was awarded the title of Hero of the Soviet Union.

On Dec. 10, 1943, Bychkov's plane was shot down by anti-aircraft artillery fire. He was captured and agreed to collaborate with the Nazis. Bychkov flew German aircraft from factories to airfields on the Eastern Front, took part in air operations against partisans, delivered propaganda speeches in prisoner-of-war camps and was actively involved in creating the air force of the collaborationist Russian Liberation Army (ROA).

He rose to the rank of major while fighting with the Nazis and was officially decorated by the Germans. In April 1945, Bychkov surrendered to the Americans who, in turn, handed him over to the Soviet authorities. He was stripped of his Hero title and executed as a traitor to the Motherland. 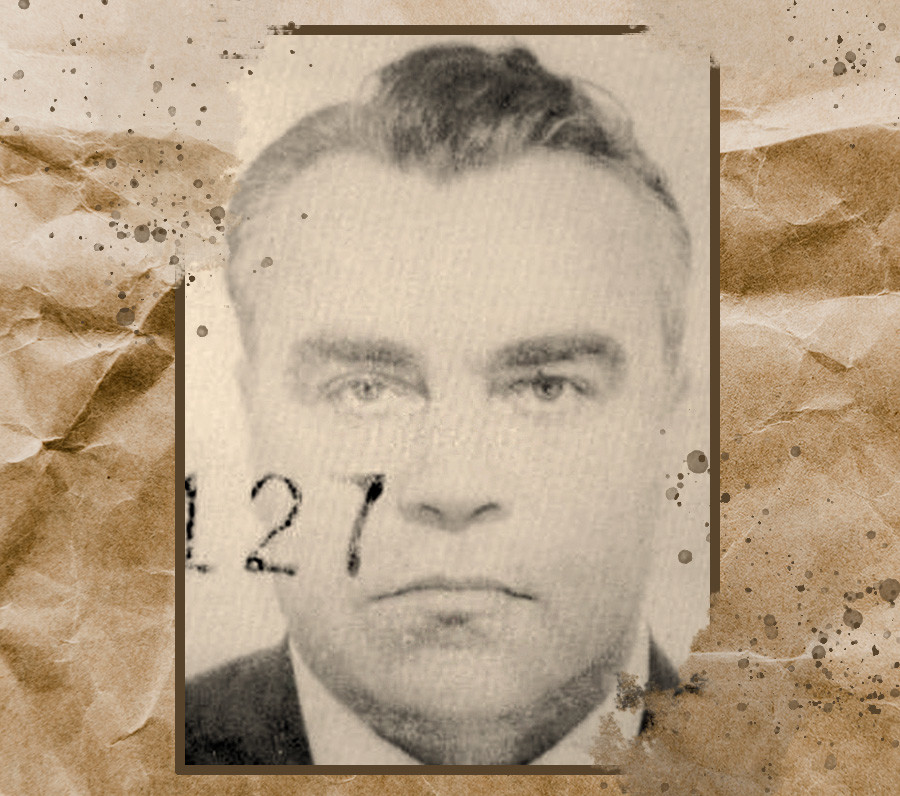 On April 20 and 21, 1945, during the Battle of Berlin, the commander of an artillery battalion, Senior Lieutenant Aleksey Kulak, provided artillery cover for an assault crossing the Mühlenfliess River by infantry units and did not abandon his position despite being wounded. Awarded the title of Hero of the USSR for his feat, Kulak lived with the award for the rest of his life until his death in 1984. However, a year after his death it emerged that, in 1962, while an undercover KGB agent in New York, he had volunteered his services to the FBI, with which he collaborated for the next eight years. In 1990 Kulak was posthumously stripped of his Hero title. 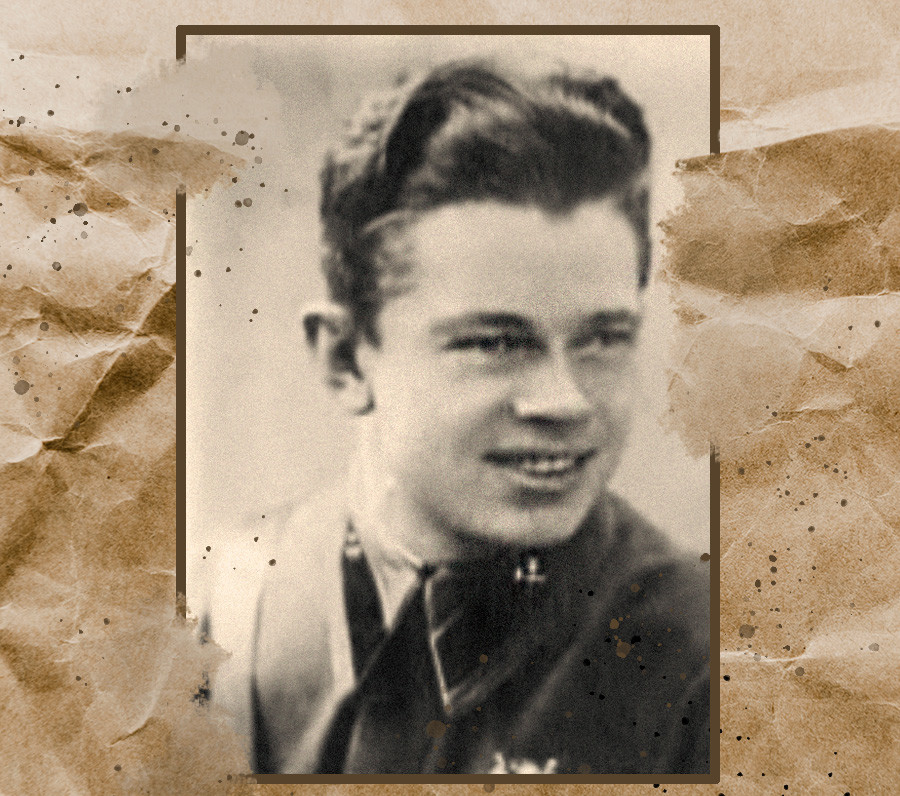 Unlike most Soviet heroes whose military honors were rescinded because of later transgressions, Valentin Purgin (real name Vladimir Golubenko) never performed any heroic feats and never fought on the front.

A criminal and conman, he was a master in the art of forging passports, certificates and even honors and medals. For years he deceived the editorial office of one of the leading Soviet newspapers, Komsomolskaya Pravda, in which he got a job as a correspondent with the help of fake documents. After arranging a sham trip to the front line of the Soviet-Finnish War (to which he never went), Purgin colorfully described his heroic exploits and, compiling falsified documents and honors, sent an application to be granted the title of Hero of the Soviet Union.

Due to the negligence of the military honors department, Purgin was given the honor of Hero of the Soviet Union. The conman, however, was soon exposed thanks to a laudatory article in a newspaper with his photograph. The criminal was recognized by victims of his crimes and by law enforcement officers. In 1940 the "hero" was executed.

The thief and hooligan 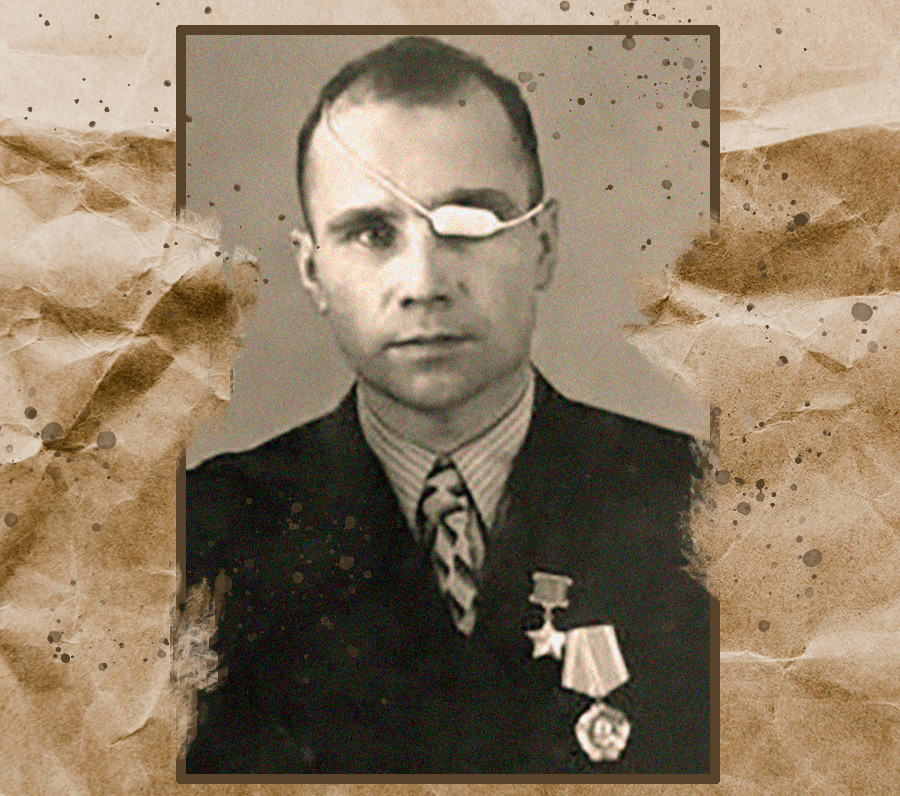 Sergeant Vasily Grigin, who lost an eye and was wounded numerous times, displayed bravery and courage during an assault while crossing the Danube River. However, the hero's postwar life went downhill in a sequence of events that was entirely of his own making. He was charged and tried in court for malicious hooliganism, theft and inflicting grievous bodily harm six times, until, in 1964, he was finally stripped of his Hero title. This still didn't bring the repeat offender to his senses and he went on to earn four more jail sentences for various crimes. 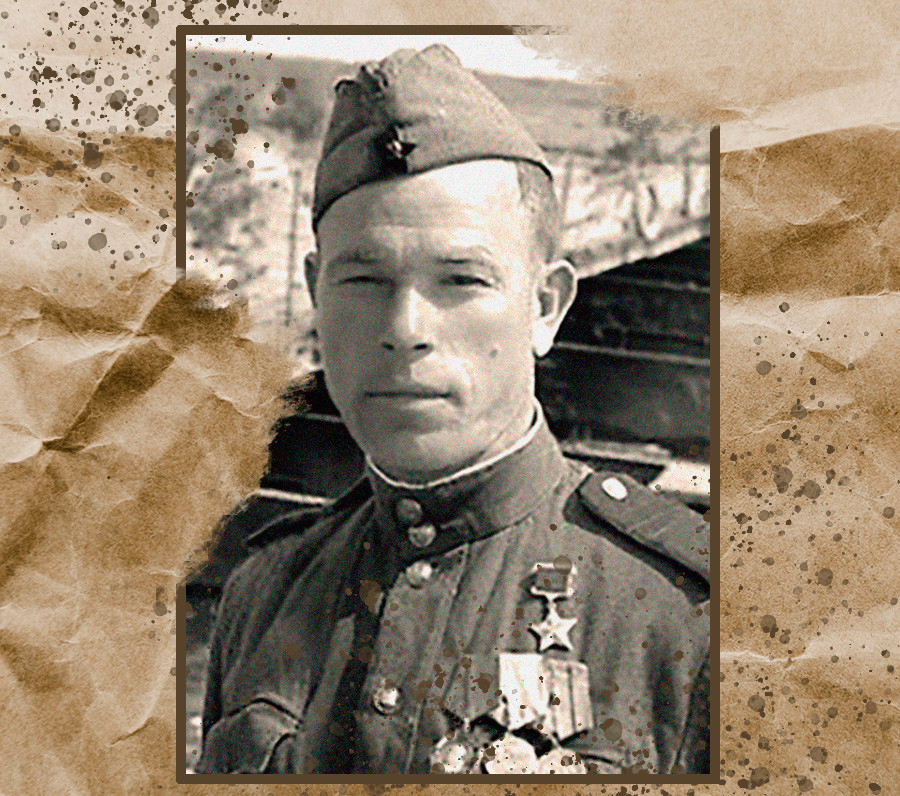 On Sept. 26, 1943, during the Battle of the Dnieper, Sergeant Vasily Vanin took part in the assembly of a 30-ton transportable pontoon under heavy artillery fire, carrying 75 kilo plates single-handedly. When the pontoon was suddenly damaged in an explosion, Vanin was the first to jump into the water and, under machine-gun fire, he patched up over 30 holes, ensuring the transfer of military hardware to the other side.

But in civilian life the decorated hero didn't do well. By December 1945 he was being prosecuted for stealing a weapon from a policeman, repeated robbery and rape. Thus, he ceased to be a Hero of the USSR and was sentenced to 10 years. 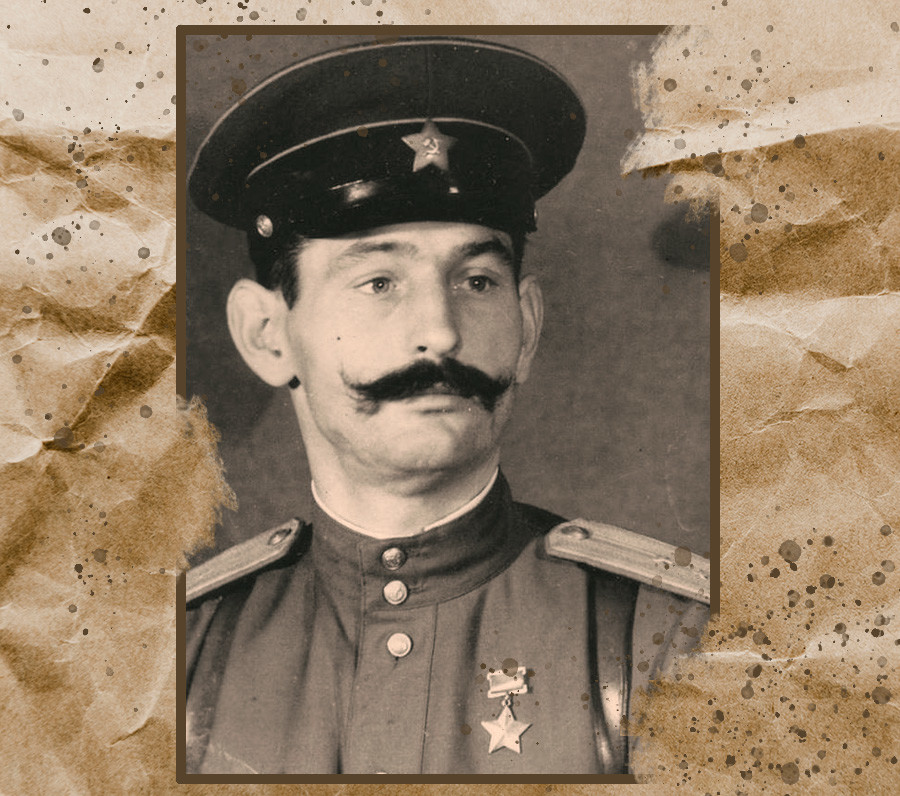 Nikolai Vorobyov was commander of the 365th anti-aircraft battery during the Defense of Sevastopol, known as Fort Stalin in German documents. Suffering huge losses, Vorobyov's battery repulsed 15 enemy attacks, shooting down five German aircraft and destroying six German tanks. On June 7, 1942, the gravely wounded commander was evacuated from Crimea and a week later he was tapped for the distinguished honor.

In 1952 Vorobyov got an underage girl drunk and then raped her.

Sentenced to prison camps, he also lost his Hero title. "The crime I have committed is disgusting. It is the most obscene incident in my life, which happened as a result of my drunkenness. I fully admit my guilt and will make every effort to atone for it," the accused declared about his behavior.

All attempts by Vorobyov to clear his name and get his Hero title back, which he undertook immediately after his release, came to nothing. He died soon afterwards, at the age of 39, in 1956. 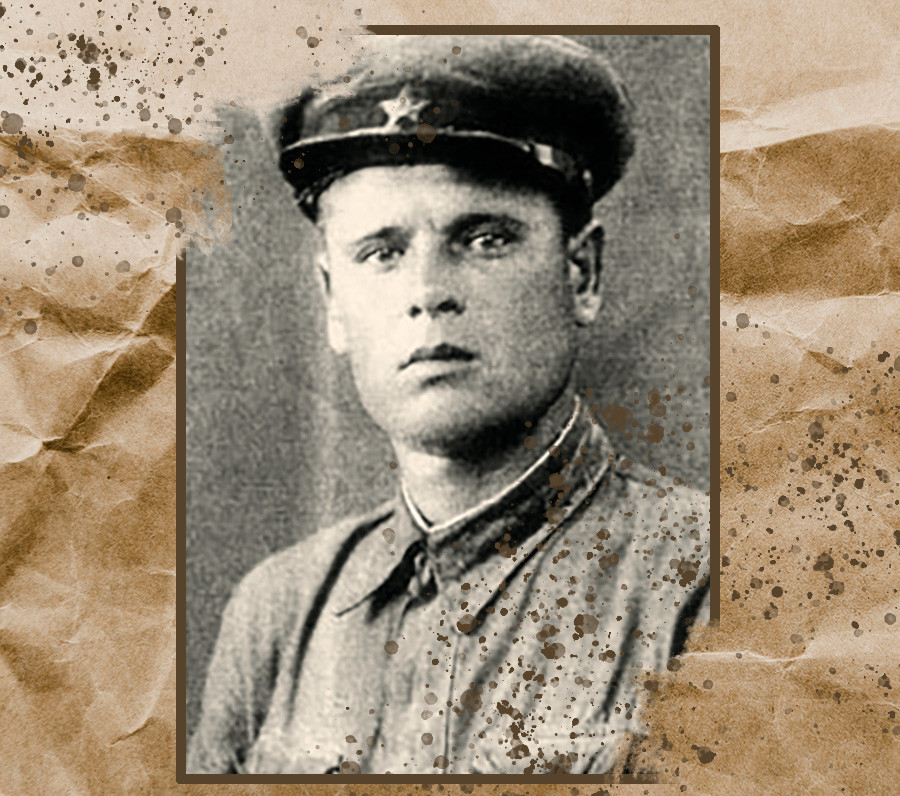 On Nov. 18, 1941, near the village of Bolshiye Saly in the Rostov Region, a regimental battery of 76-mm artillery, in which Senior Sergeant Fedor Balesta served, fought an unequal battle with the Germans, destroying 22 enemy tanks. All 16 Soviet gunners were killed. Three of them, including Balesta, were presented posthumously with the title of Hero of the Soviet Union.

However, it later emerged that Balesta didn't die but in fact was captured and held for some time in a prisoner-of-war camp in Mariupol. Soon after the liberation of the city in March 1944, he was once again drafted into the Red Army. He particularly distinguished himself in fighting for the liberation of Yugoslavia in October when, near the town of Zaječar, he led his unit in an attack killing 16 enemy soldiers and destroying two vehicles loaded with ammunition.

Awarded the Order of Glory Third Class for this feat, Balesta never received the award. He was killed on Nov 22, 1944. Eighteen years later the decree giving him the title of Hero of the Soviet Union was rescinded by the Presidium of the Supreme Soviet of the USSR "on the grounds that the presentation was ill-founded".