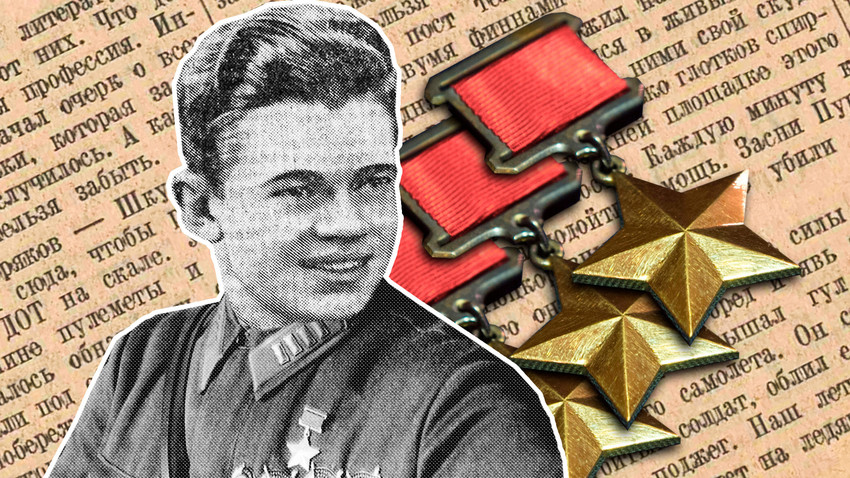 Semyon Fridlyand/Sputnik, Nekrasov Central Universal Scientific Library, Komsomolskaya Pravda, Evgeny Biyatov/Sputnik
Of all the many medals that a dastardly fraudster, who went by the assumed identity of Valentin Purgin, claimed to have been awarded, only the honor of "Hero of the Soviet Union" was genuine. Albeit, he did not live long to enjoy it.

“The worthiest of all, an ardent patriot of our country, a true soldier and journalist, a true Bolshevik with a young and warm heart,” this was how Komsomolskaya Pravda newspaper described the newly-awarded Hero of the Soviet Union, Valentin Purgin, on May 22, 1940.

The article gave a detailed account of the exploits of a fearless soldier on the battlefield of the Soviet-Finnish Winter War. However, it soon turned out that the ‘hero’ was in fact no hero, but rather, a criminal who never had spent a day at the front. How could such a conniving and dishonest man receive the country's highest military honor?

From thief to journalist

“Valentin Purgin” was not the real name of the fraudulent ‘hero’. By the age of 23, the hardened criminal Vladimir Golubenko had already served two prison terms for theft and fraud. He was serving his second sentence when he escaped from a labor camp, and so, he decided to create a new identity. 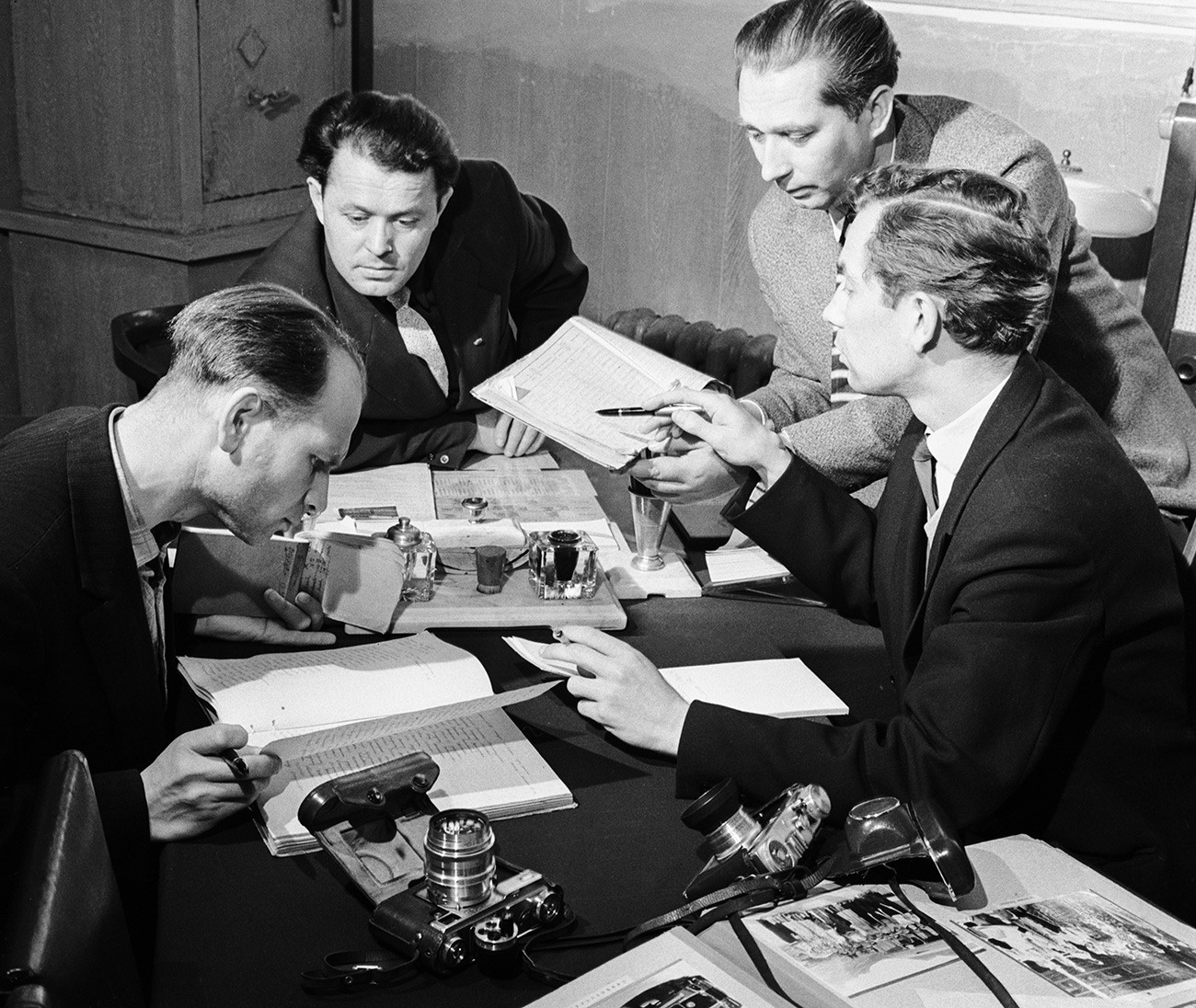 Now a fugitive, Golubenko used forged papers to get a new passport in the false name of “Valentin Purgin”. He acted brazenly, and by using a forged training certificate from the Military Transport Academy, he got a job as a journalist in a newspaper in Sverdlovsk (present-day Yekaterinburg).

Next, Purgin's ambitions brought him to the capital. Thanks to help from well-placed contacts, he ended up working in one of the country's leading newspapers, Komsomolskaya Pravda.

Even though he lacked even a high school education, Purgin nevertheless managed to build a successful career. Soon, he was promoted from junior journalist to deputy head of the paper's military news section.

Like a true sociopath, Purgin deliberately cultivated the false image of an NKVD secret service officer who was supposed to keep his mouth shut. He would come to work wearing an Order of the Red Banner on his lapel, and when asked what he did to deserve it, he’d cryptically answer: "In our country, these are not awarded for nothing.” 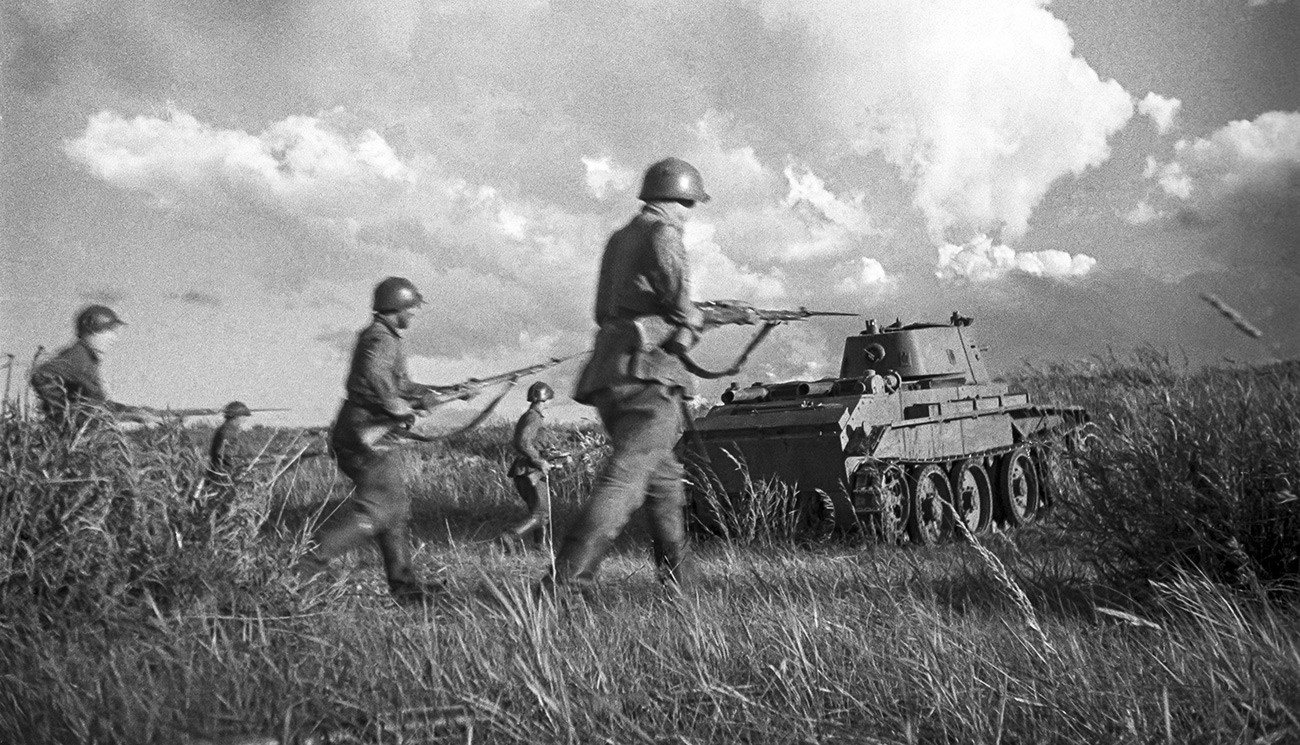 Soviet infantry during the Battle of Khakhin Gol.

Later, it turned out that the medals and their supporting papers had been stolen by Golubenko's mother, for whom he had found a job as a cleaner at the Presidium of the Supreme Soviet of the USSR. Then, a fellow ex-convict, an engraver, helped him forge the documents.

During the Soviet-Japanese conflict near the river of Khalkhin Gol in the summer of 1939, Purgin forged a letter from the People’s Commissar of Defense, saying it was necessary to dispatch him to the Far East, and then he arranged for it to be delivered to the newspaper‘s office. From this ‘dangerous mission’ in the Far East he returned with a shiny new Order of Lenin on his lapel.

A 'hero' of the Winter War

When Komsomolskaya Pravda received a military order (also forged) to give Purgin time off to fight on the Soviet-Finnish front, no one at the newspaper bothered to question it. 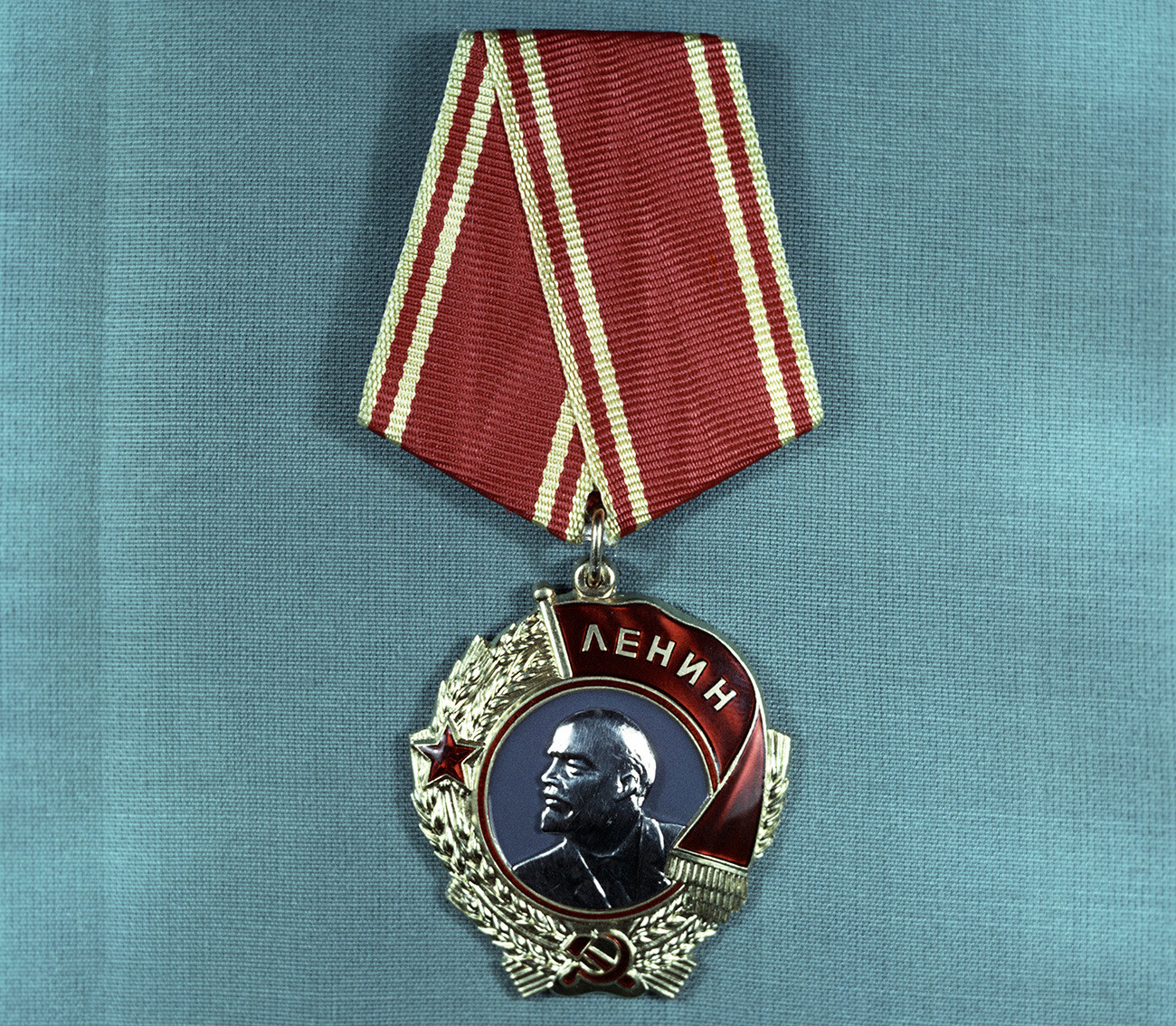 Of course, Purgin had no intention of going to the front. Instead, he stayed at his friend’s apartment in Moscow, and together they spent his daily allowance from the newspaper to have a good time in bars and restaurants.

Then, the conman decided to embark on his most outrageous fraud - to become a Hero of the Soviet Union. During the short Soviet-Finnish war over 400 soldiers were awarded this medal, and Purgin wanted to be among this honorable group.

A ‘Hero’ of the Soviet Union

In March 1940, the awards department of the People’s Commissariat of the Navy received a request – on an official form that was stolen from the 39th Division - to award Purgin with the honor of Hero of the Soviet Union. The request listed Purgin's previous awards, including an Order of Lenin and an Order of the Red Star, each of which was a lie. 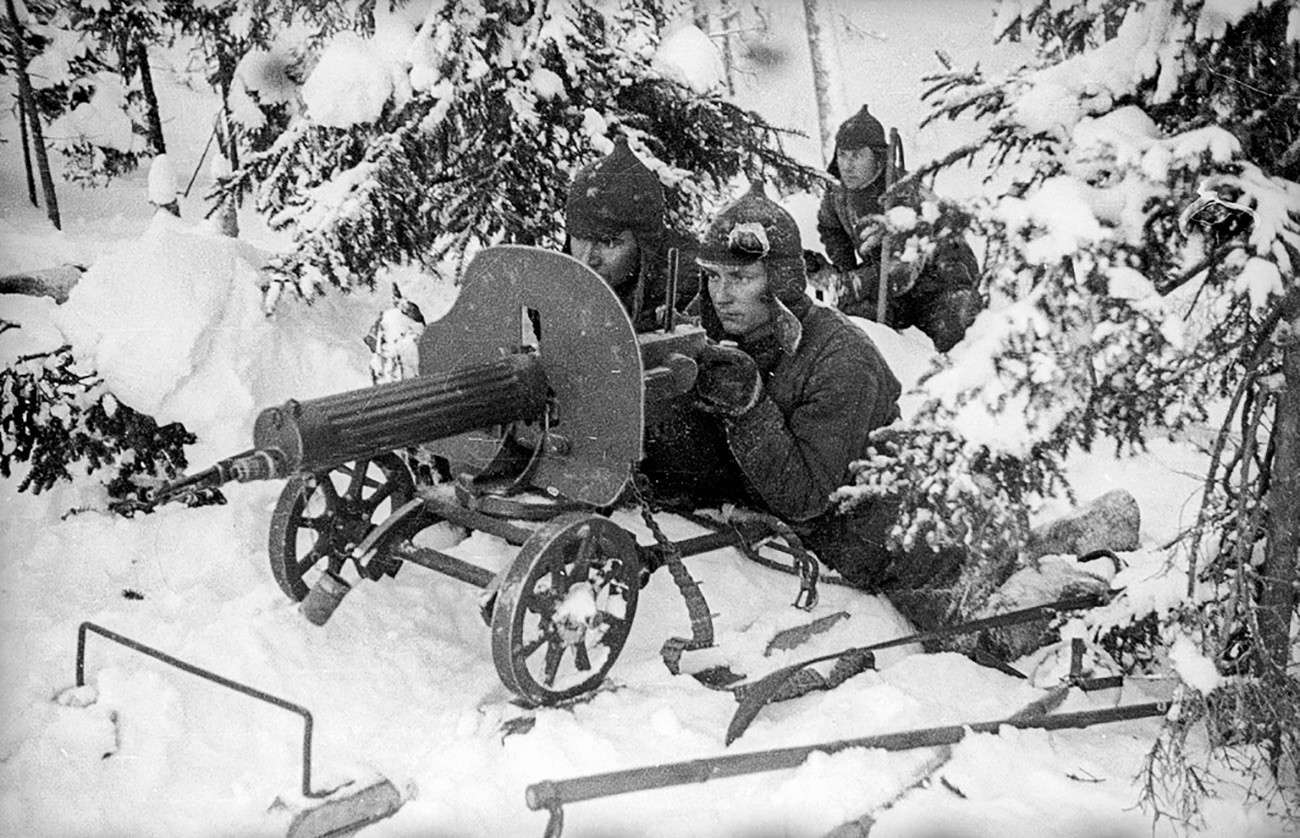 Soviet soldiers during the Winter War.

Employees at the navy awards department were impressed by the applicant’s track record, and did not conduct a proper check. On April 22 a state decree granted the fraudster the title of Hero of the Soviet Union.

Then, exactly a month later, Komsomolskaya Pravda printed an article about the ‘exploits’ of “the worthiest of all” during the war with Finland, as recorded from Purgin's own words. Supposedly, the fearless 'hero' destroyed an enemy bunker, valiantly fought off enemy soldiers, captured two prisoners, and having spent three days in extreme cold, finally returned to his unit.

However, the glowing report backfired. In the photograph accompanying the article, the thief Vladimir Golubenko was identified by NKVD officers who had escorted him to prison. Furthermore, some of his victims also recognized him. 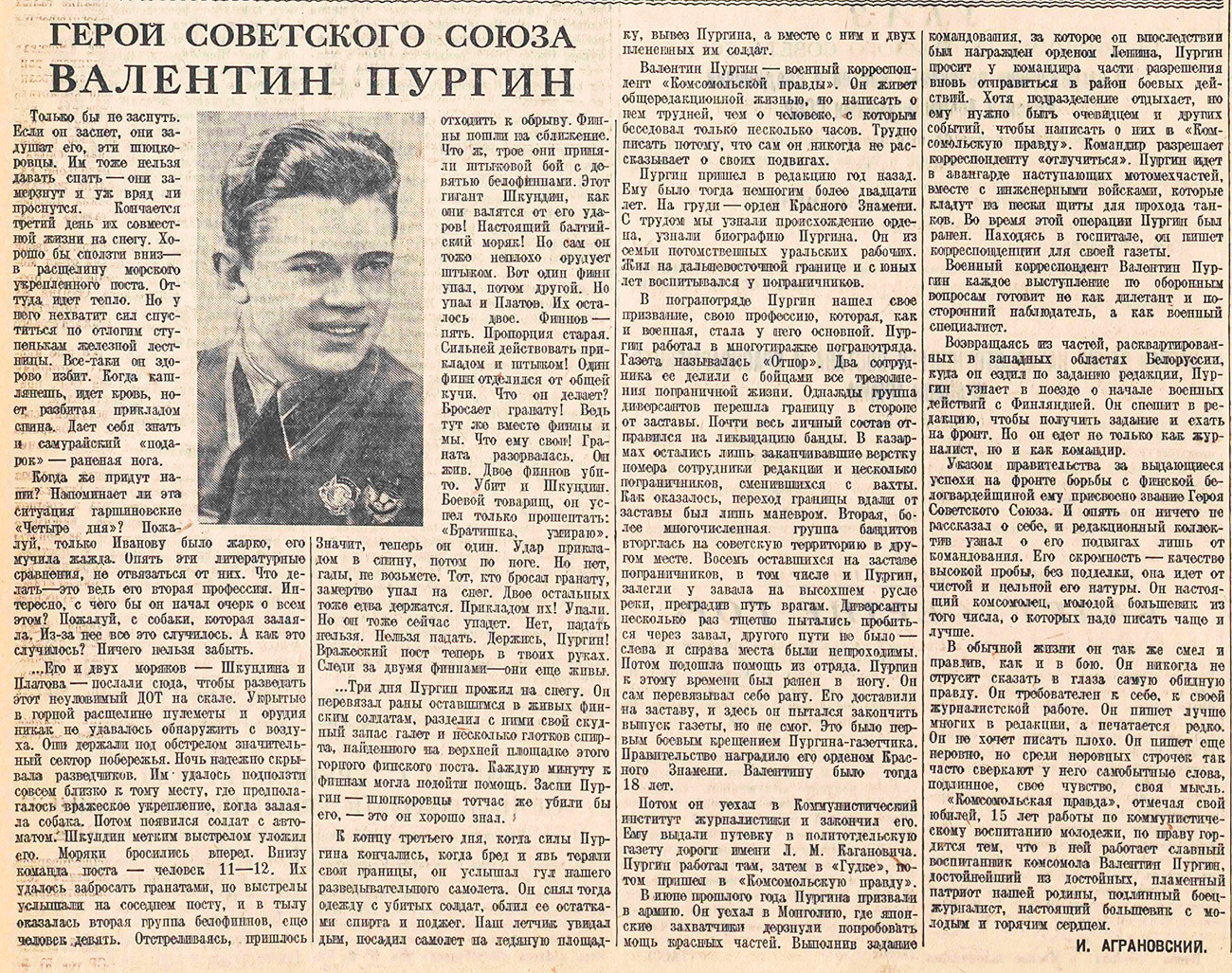 After a thorough investigation, Golubenko-Purgin was arrested and the decision to award him the title of Hero of the Soviet Union was annulled. In November 1940, he was executed.

Following this disgraceful incident, the system of checking the claims of candidates for state awards was reformed. While in subsequent years some mistakes still occurred, outrageous fraudsters, such as Purgin, were never again honored as Heroes of the Soviet Union.