Which countries have conquered Russia? 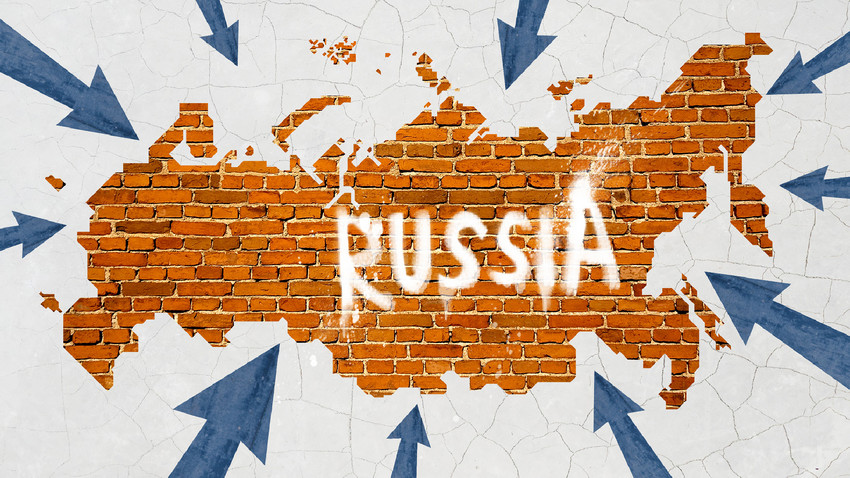 Natalya Nosova
There was only one state that effectively subdued Russia, and it’s long gone now.

When talking about enemies trying to invade and conquer Russia, we’re talking about a time span of roughly 1,000 years and several different “Russias”, including the Ancient Rus, the Moscow Tsardom, the Russian Empire and the Soviet Union. The enemies, too, came in different forms. A Northern military state. A faraway Eastern empire. Several crazy tyrants with ambitions of world domination. All of them failed to conquer Russia. We only took a look at the most outrageous attempts – because mentioning each and every war, in which Russian territories were attacked could take forever. 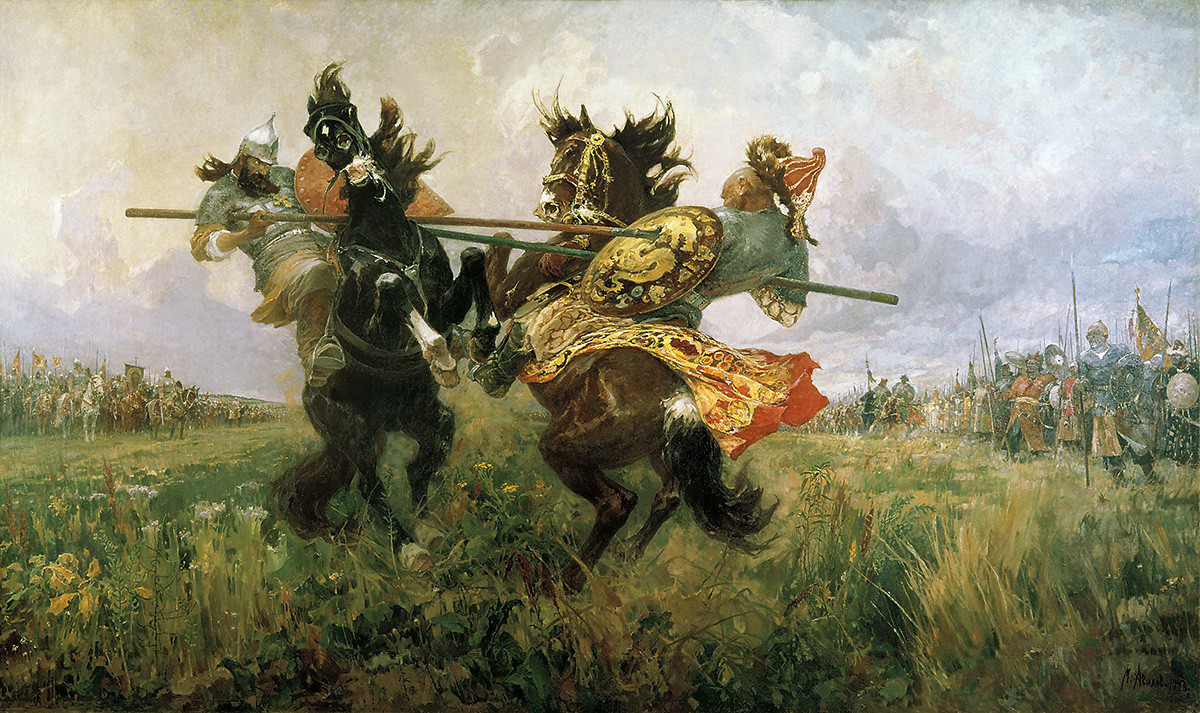 Hundreds of thousands of Mongol warriors, led by Khan Batu (grandson of Genghis Khan), invaded the Russian lands around the 1220s-1230s. The Mongol warriors, ranging from 300 thousand to 600 thousand, smothered the defense of the Russian feudal lands. Russian princes at that time were disconnected from each other and in a perpetual rivalry for the Kievan throne, so they couldn’t effectively retaliate. In 1237-1238, Moscow and Vladimir, powerful cities of the central Rus’, were besieged and taken by the Mongol armies. The lands of Rus’ were then plundered, and the population decreased sharply.

In 1240, Kiev was taken by Khan Batu. However, after this, the Mongols turned back. Russian princes were forced to subjugate to the Tatar-Mongol khans, and pay substantial tributes to them. Russian warriors were forced to take part in various military campaigns led by the Golden Horde, part of the Mongol Empire, and later (from the 1260s), a separate state that continued to control Russia was formed.

In 1380, Moscow prince Dmitry Donskoy famously defeated the Tatar army at the Kulikovo field, and exactly one hundred years after this, in 1480, the “yoke” of the Golden Horde was lifted during the reign of the first Grand Prince of Moscow, Ivan the Third. 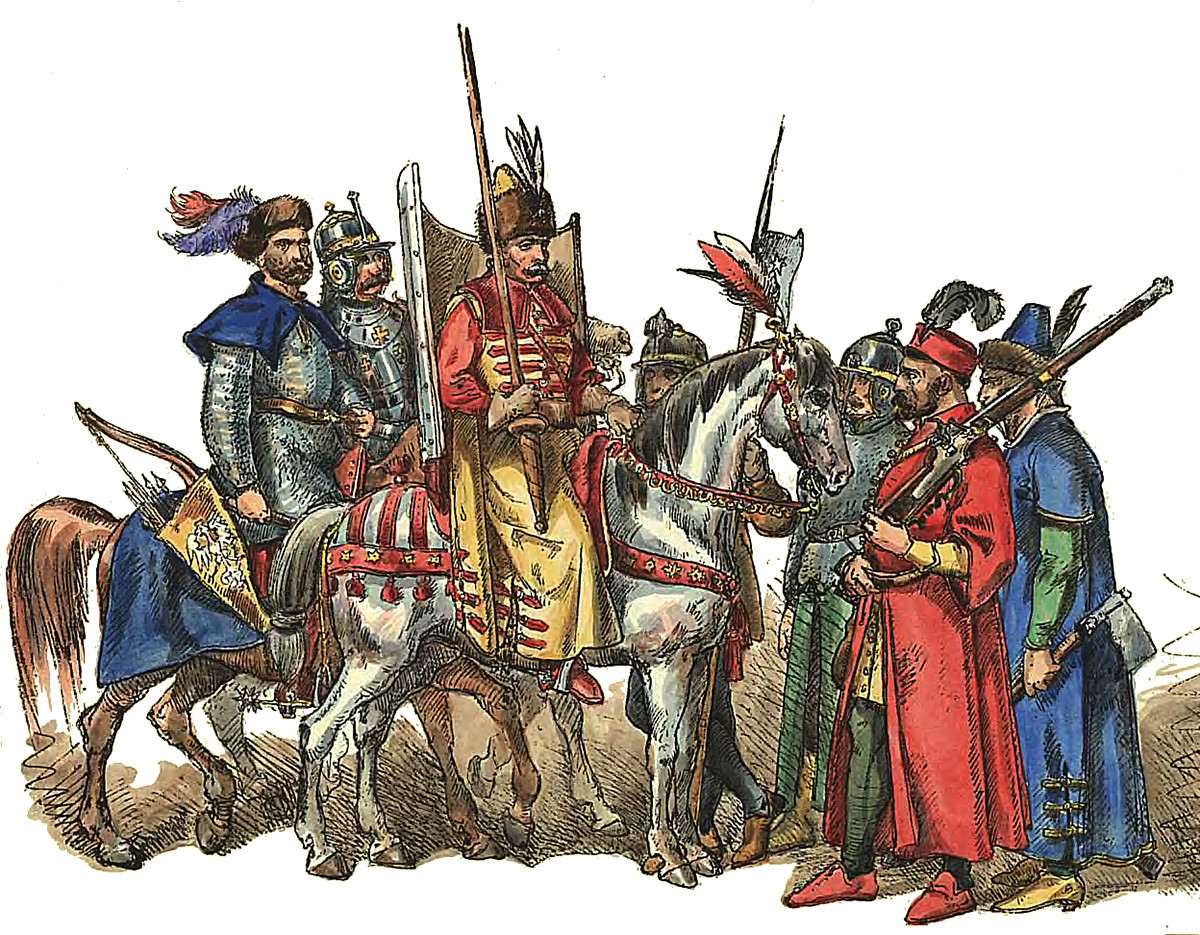 Lithuanian warriors of the 16th century by Jan Matejko

The lands of Lithuania bordered the Russian lands throughout history, and before the 12th century, Lithuanian people were paying tributes to Russian princes. At the beginning of the 13th century, Lithuania strengthened and started regular raids on Russian territories, taking Smolensk (400 km west of Moscow) and held onto it for some time. Around the 1240s, the Grand Duchy of Lithuania formed and continued to wage wars against the Russian duchies. In 1368 and 1370, the Lithuanian army besieged Moscow, and in 1402, with the help of Polish army, Lithuania took Smolensk again, which was theirs until 1522. During the reign of Ivan the Terrible (1533-1584), the Russian Tsardom opposed Lithuania, the Livonian Confederation, Poland, Sweden, and Denmark in an exhausting conflict called ‘The Livonian War’ that ended woefully for Russia: it was forced to surrender all its territorial gains to the Polish-Lithuanian Commonwealth, after which a ‘super-state’ formed in 1569. 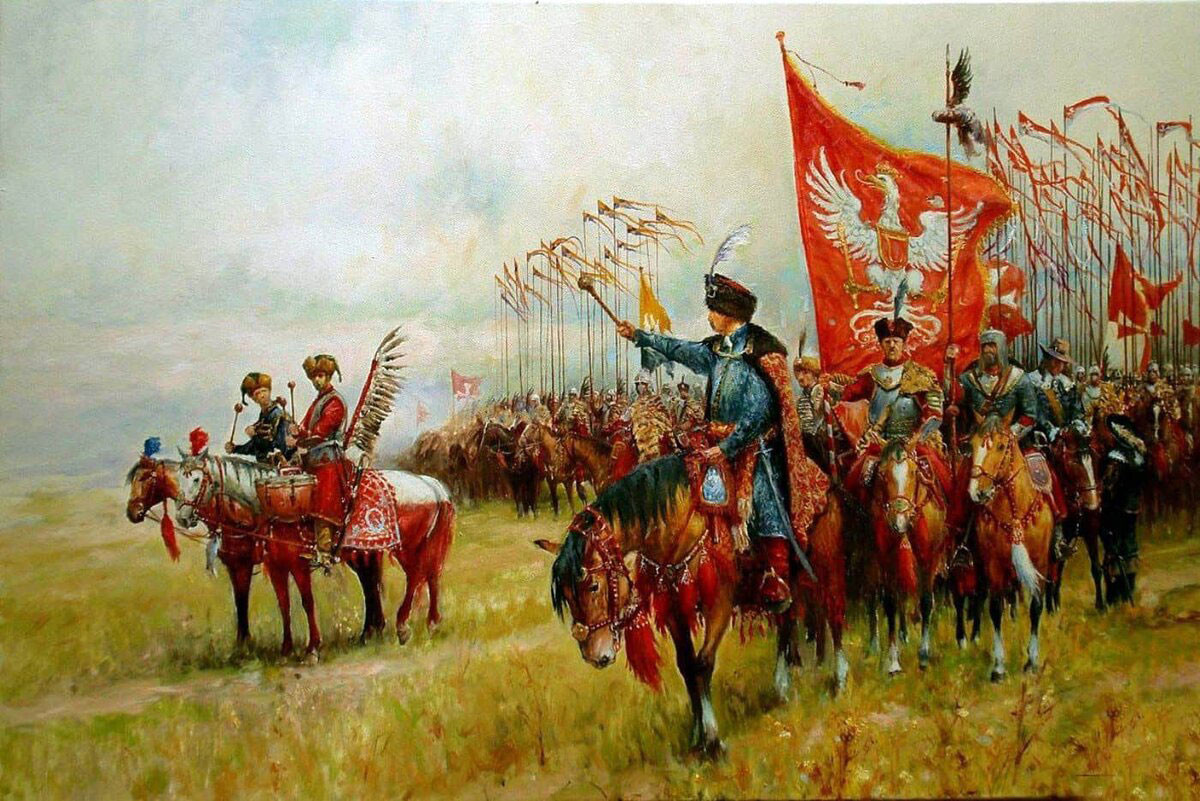 The Commonwealth, also known as Rzeczpospolita (“The Republic” in Polish), started its history with successful wars against Russia. In 1609-1618, during the Russian Time of Troubles (a major political and dynastic crisis), the Commonwealth invaded Russia, aiming to conquer and subjugate it. The Polish army, led by Stanisław Żółkiewski, took Smolensk, and after it Moscow, and then barricaded themselves in the Kremlin until they were pushed out by The Second Volunteer Army of Minin and Pozharsky. In 1617-1618, Russia successfully withstood another Commonwealth army attack, which was this time led by their king, Władysław IV Waza.

The wars continued during the 17th century, with Russia finally managing to retain Kiev and Smolensk lands. The wars between Russia and Poland in the 18th century led to the dissection of the Polish state between Russia, Prussia, and Austria. Polish forces then invaded Russia once again, as a part of the Napoleonic army. Poland later became a governorate of the Russian Empire that frequently mutinied against Russia that Poland considered an occupying state. In 1918-1921, Poland also warred against Soviet Russia, which ended with the Polish-Soviet border being defined – roughly the same as was settled back in the 17th century. 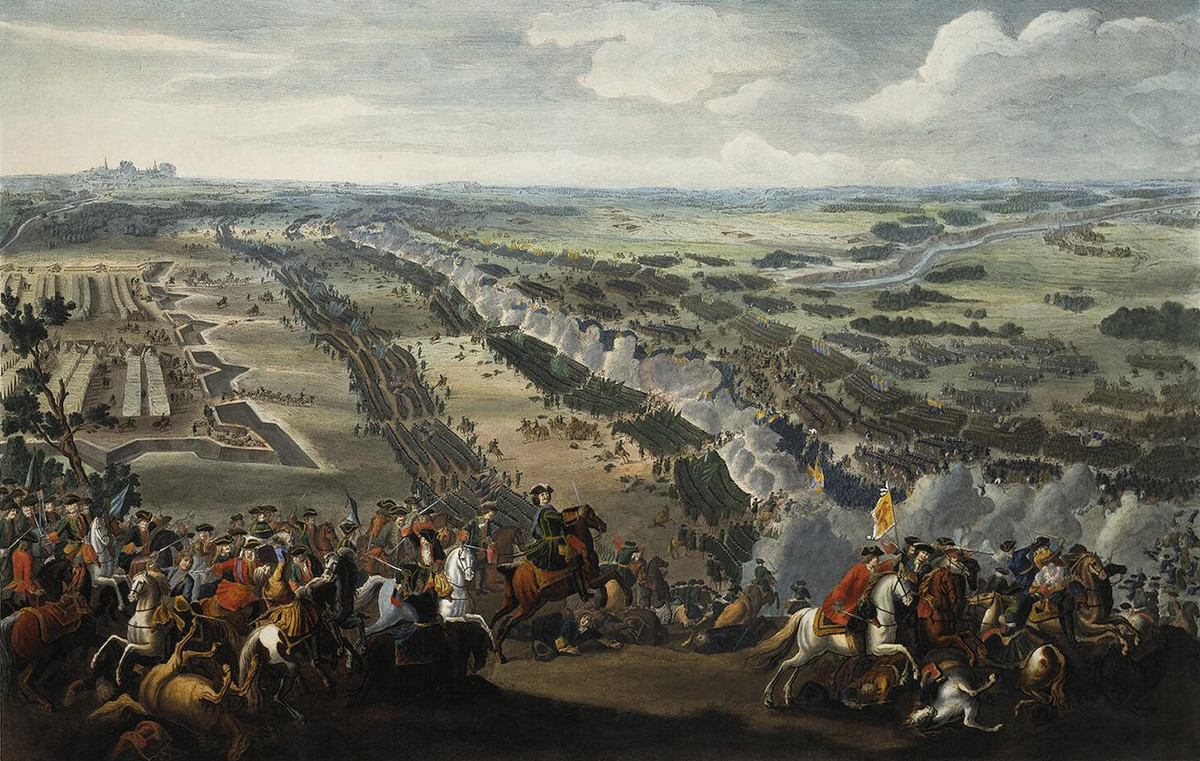 "Battle of Poltava" by Pierre-Denis Martin

Since the 11th century (or maybe earlier), Swedish kings have waged war against the Novgorod republic – a Russian town-state, but not Russia as a whole. When Ivan the Terrible conquered Novgorod and made it part of Russia, Sweden became one of its foremost enemies, always trying to conquer the lands of the contemporary St. Petersburg region, then called Ingria lands. These lands went back and forth between Russia and Sweden during the 15th-17th centuries, but the main conflict happened during the reign of Peter the Great.

The Great Northern War (1700–1721) was a major conflict, in which Sweden opposed many European states, led by Russia. The subject of war was the Baltic, its lands and territories. The Swedes began by invading Russia, but were crushed in the Battle of Poltava (1709). In 1718, Charles XII, the Swedish king, was killed, which led to the eventual decline of Swedish power. In 1721, according to the Treaty of Nystad, Russia won access to the lands of Estonia, Livonia, Ingria, and Southeast Finland. During the war, St. Petersburg was founded, and in 1721, Peter became the Russian Emperor. However, Sweden kept most of Finland's territory – until 1809. Sweden was then allying with Napoleonic France and threatening to block the Baltic Sea for Russia. So Alexander I’s army took Finland from the Swedes and made it a governorate of the Russian Empire. But it didn’t save Russia from the war with Napoleon. 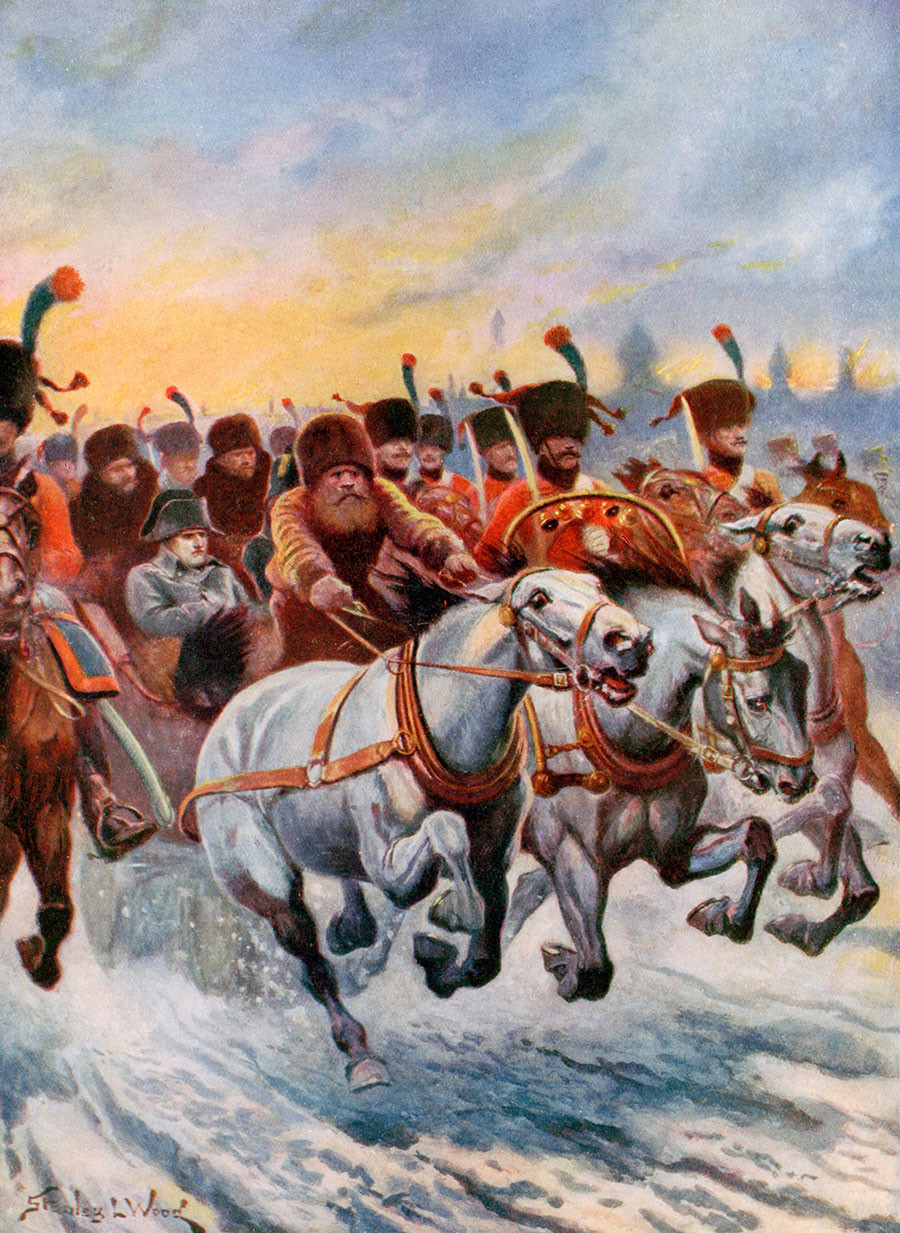 Napoleon Bonaparte’s huge project of world domination inevitably stumbled upon the Russian Empire. At first, Napoleon defeated the Russian army in 1805 in the Battle of Austerlitz. After this, Napoleon continued to create a ‘continental system’, subjugating European states and creating marionette governments and puppet kings to rule them under his supervision. In 1808, Napoleon made peace with Russia. But after his several unsuccessful attempts to marry one of the Russian princesses, Napoleon started to openly talk about “crushing Russia”. Emperor Alexander refused to support the continental blockade of British trade, encouraged by Napoleon.

In 1812, after several years of preparations, which included heavy surveillance of Russian internal affairs by the French intelligence, the Great Patriotic War of 1812 began. In this war, Napoleon didn’t get the support of Sweden or the Ottoman Empire, who had supposed this campaign was to become the end of Napoleon.

The united European-French army numbered about 600 thousand troops when entering Russia in June, 1812. Russian army numbered fewer troops (about 400 thousand at the beginning of the war, but further increased in numbers with the help of nationwide drafts), but they had home advantage. We’re not here to retell the whole story of the 1812 war (click the link above for more!), but Napoleon’s territorial gains had been the most substantial since the times of the Golden Horde. However, they were very short-lived. Even though Moscow was taken by Napoleon, already by October, 1812, the French Emperor understood his army was trapped without supplies or accommodation in a hostile country, and the winter was beginning to set in. After three unsuccessful attempts at making a peace treaty, Napoleon’s army started to retreat and was completely destroyed by the Russian army and Russian partisans. Russia took back all Napoleon’s winnings, followed him to Paris and there helped destroy the Napoleonic empire. 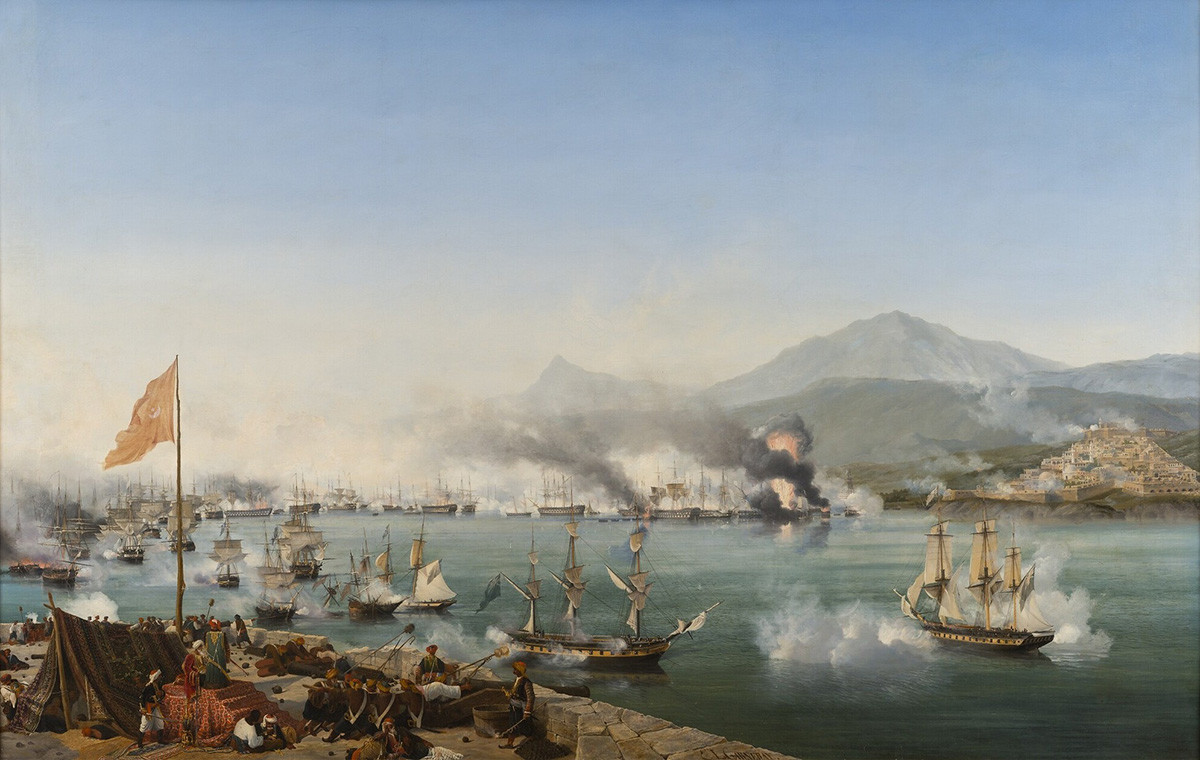 Navarino battle between Turkey and the allied fleet of Russia, England, and France

The Russian Empire and Turkey have the longest history of military conflicts. They’ve been in a state of war for 69 years in total, and their conflicts have spanned 351 years (1568-1918). There were 12 major Russo-Turkish wars (including the Eastern War and the fighting in the Caucasus during WWI), of which Russia won 7, lost 3, and in 2 cases, there was no winner. The wars were predominantly waged for the control of the northern Black Sea area, control of the North Caucasus and the Turkish Straits.

During most of the conflicts, Turkey didn’t gain any Russian territories – the Ottoman Empire was busy protecting its own lands, which Russia was trying fiercely to conquer in order to take control of the Black Sea. Only in 1678, did the Turks manage to take Chyhyryn, capital of the Cossack state, the Zaporozhian Host, but ransacked and destroyed it, so it was a fruitless victory. Also, after the Eastern War, Russia was pressed by its united enemies (France, Great Britain, Austria, and Prussia) to surrender some of the formerly conquered Turkish territories, including the Kars fortress and region, back to Turkey. However, some of these territories were later again taken by Russia after the Russo-Turkish war of 1877-1878, and were returned once more to Turks after the 1918-1921 war between Soviet Russia and Turkey.