10 facts about the Red (Soviet) Army that you didn't know 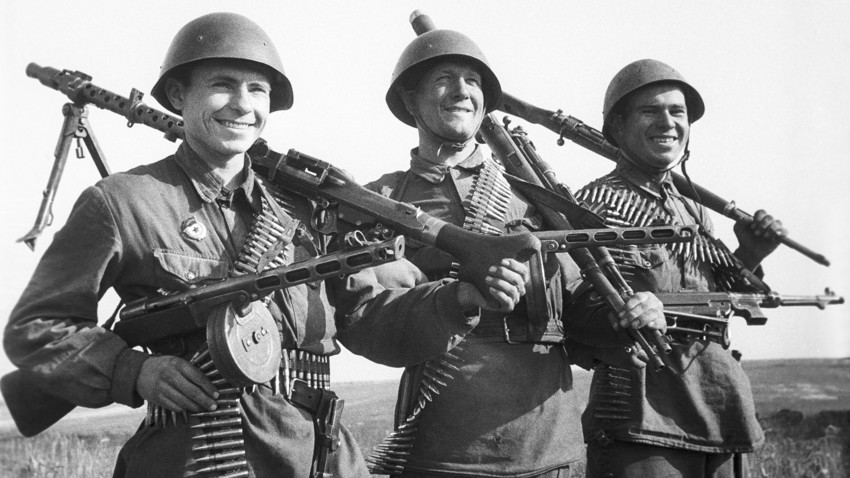 Mark Markov-Grinberg/TASS
Some Red Army soldiers wore a swastika, others were awarded with pants for bravery, and combat camels contributed to victory in World War II.

1. In Soviet times, the Red Army celebrated its professional holiday on February 23, which was the day in 1918 when the Red Army defeated the Kaiser's troops near Narva and Pskov.

The decree establishing the Workers' and Peasants' Red Army was promulgated on January 28, 1918, and this date was supposed to be the official holiday. The following year, however, because of red tape, the authorities failed to mark the Red Army’s first anniversary and the celebration was postponed until February. 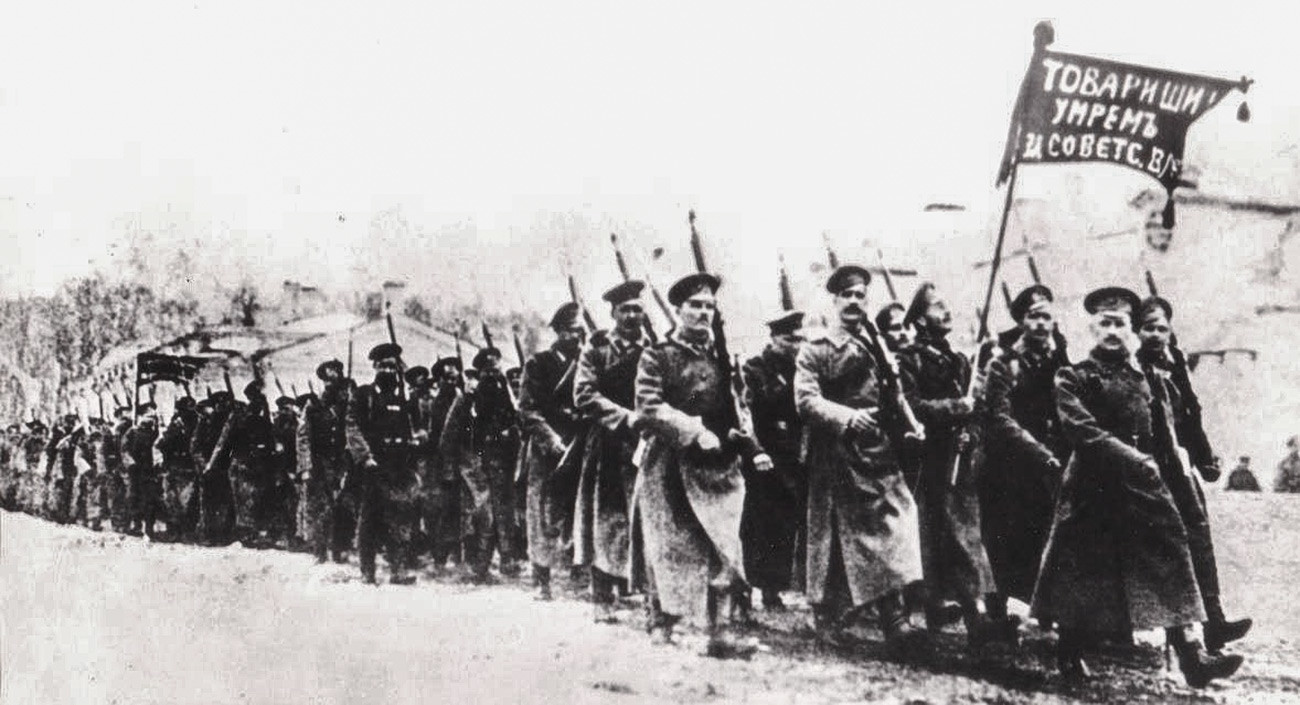 2. The broadcloth helmet known as budenovka (named after commander Semyon Budyonny) was one of the main symbols of the Red Army. According to one theory, the design was developed in 1918 and introduced as part of the Red Army uniform the following year.

According to another theory, budenovkas were designed in 1915, during the First World War. The plan was that victorious Russian soldiers would wear them while marching through the streets of defeated Berlin and Istanbul. The war, however, took a completely different course from what Tsar Nicholas II had hoped, and the broadcloth helmets gathered dust in warehouses until they were discovered by the Red Army.

Budenovkas were replaced after the Soviet-Finnish war because they didn’t keep soldiers warm during severe frosts. 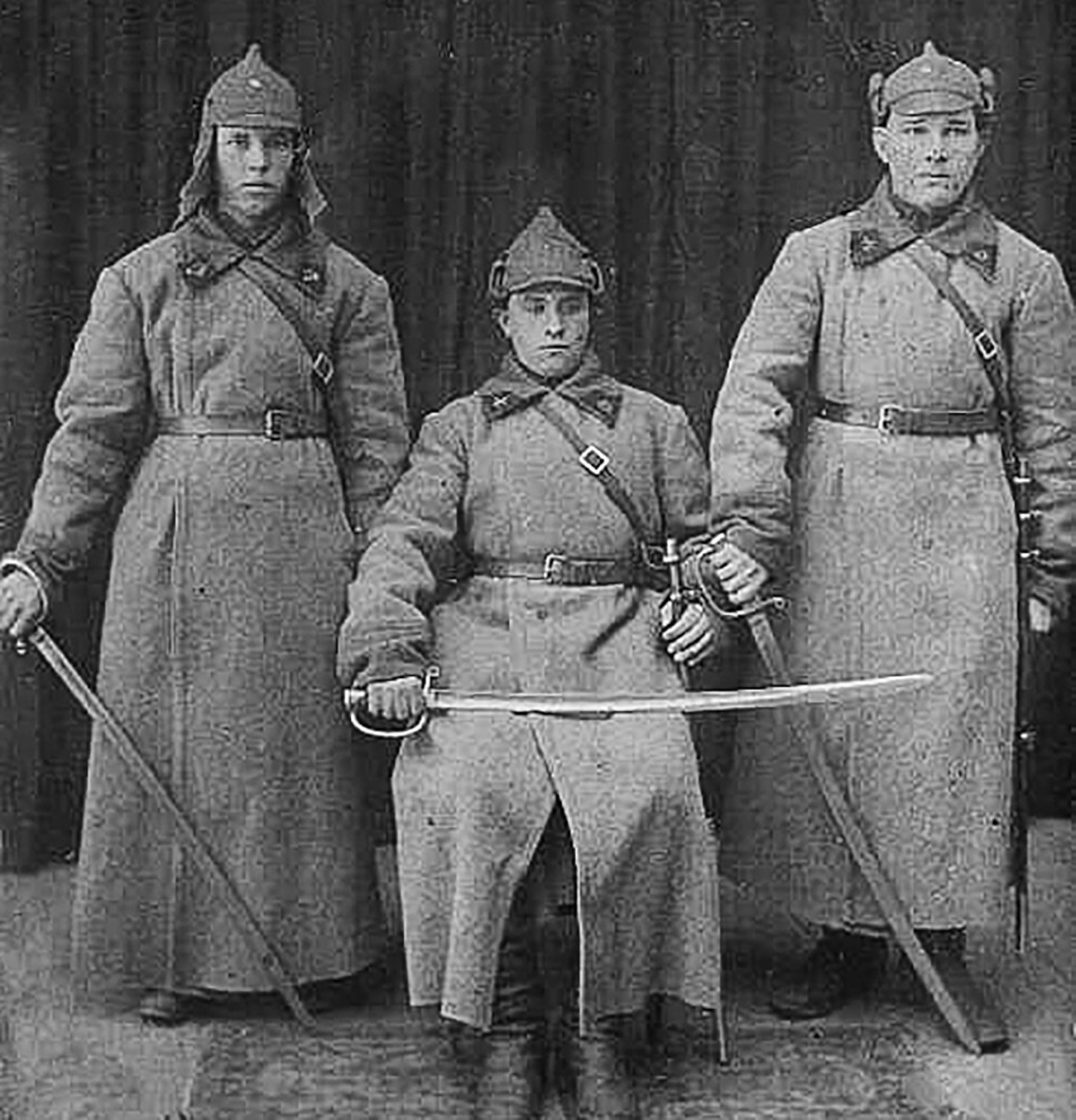 3. It is hard to believe but certain regiments in the Red Army once wore a swastika. The ancient Aryan symbol was an element of the shoulder sleeve insignia of units formed of ethnic Kalmyk (who are Buddhists), and who most prominently fought on the Southeast Front against Anton Denikin's White Army. The swastika was used in the Red Army until 1920. 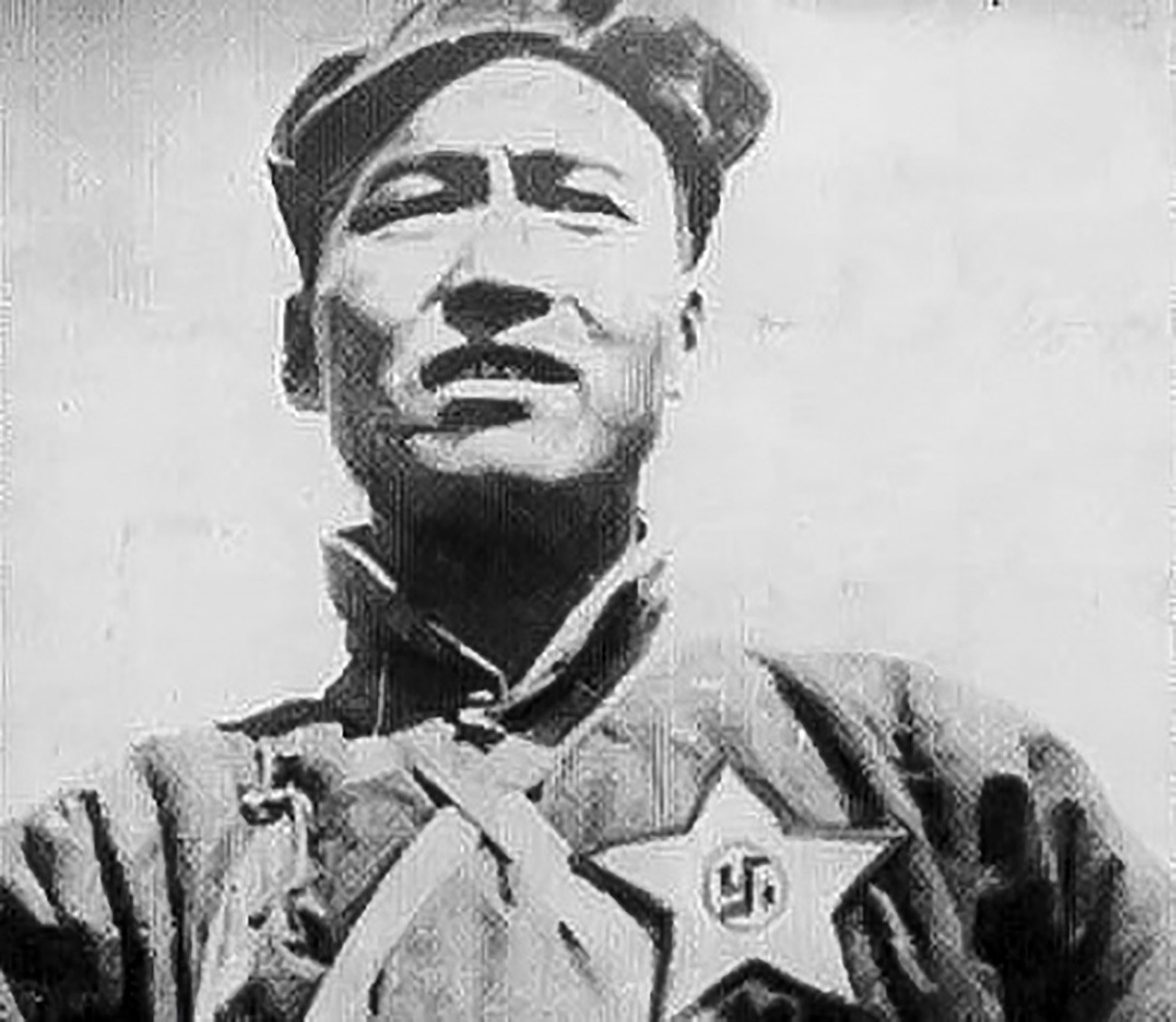 4. At the start of the Civil War, the Red Army experienced a severe shortage of weapons and uniforms. The situation with military honors and awards was not much better. Before medals and orders became widespread, soldiers and officers were awarded for bravery with watches, boots, saddles and tunics. One soldier was even presented with a golden snuffbox that belonged to Empress Catherine the Great. In the First Cavalry Army, an honorable distinction earned a soldier a pair revolutionary-red pants. 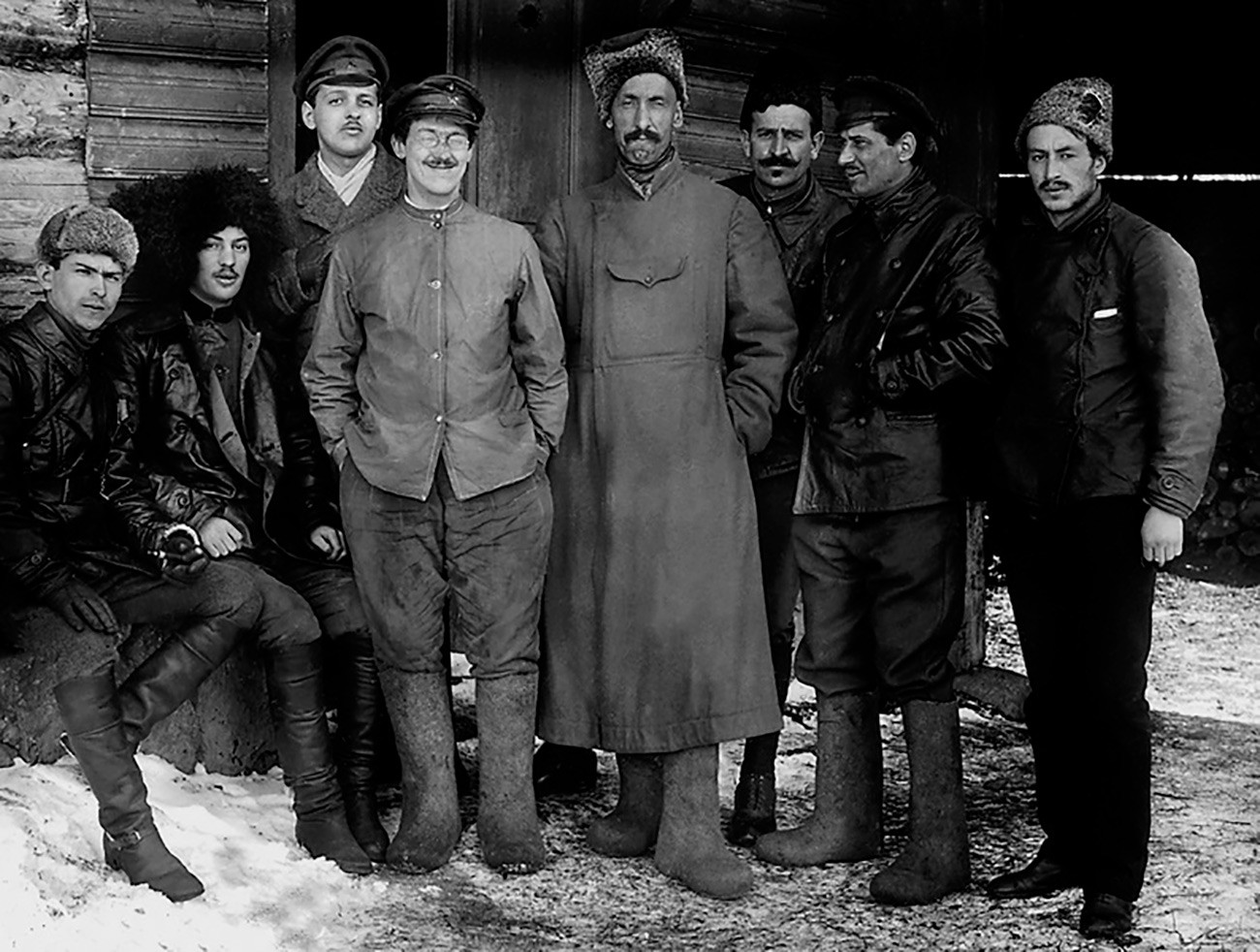 The Russian Union of Art Photographers/russiainphoto.ru

5. There were no officers in the Red Army until 1943. The word was inextricably associated with the White movement, against which the Bolsheviks fiercely fought during the Civil War. Instead of officers, the Red Army had “commanders”, who were distinguished not through epaulettes (which also were forbidden), but by their collar insignia and service straps.

Officer ranks, along with epaulettes, were reinstated after the momentous victory in the Battle of Stalingrad. It is believed that Stalin subsequently wanted to associate the Red Army with the Russian army’s glorious history prior to the 1917 revolution. 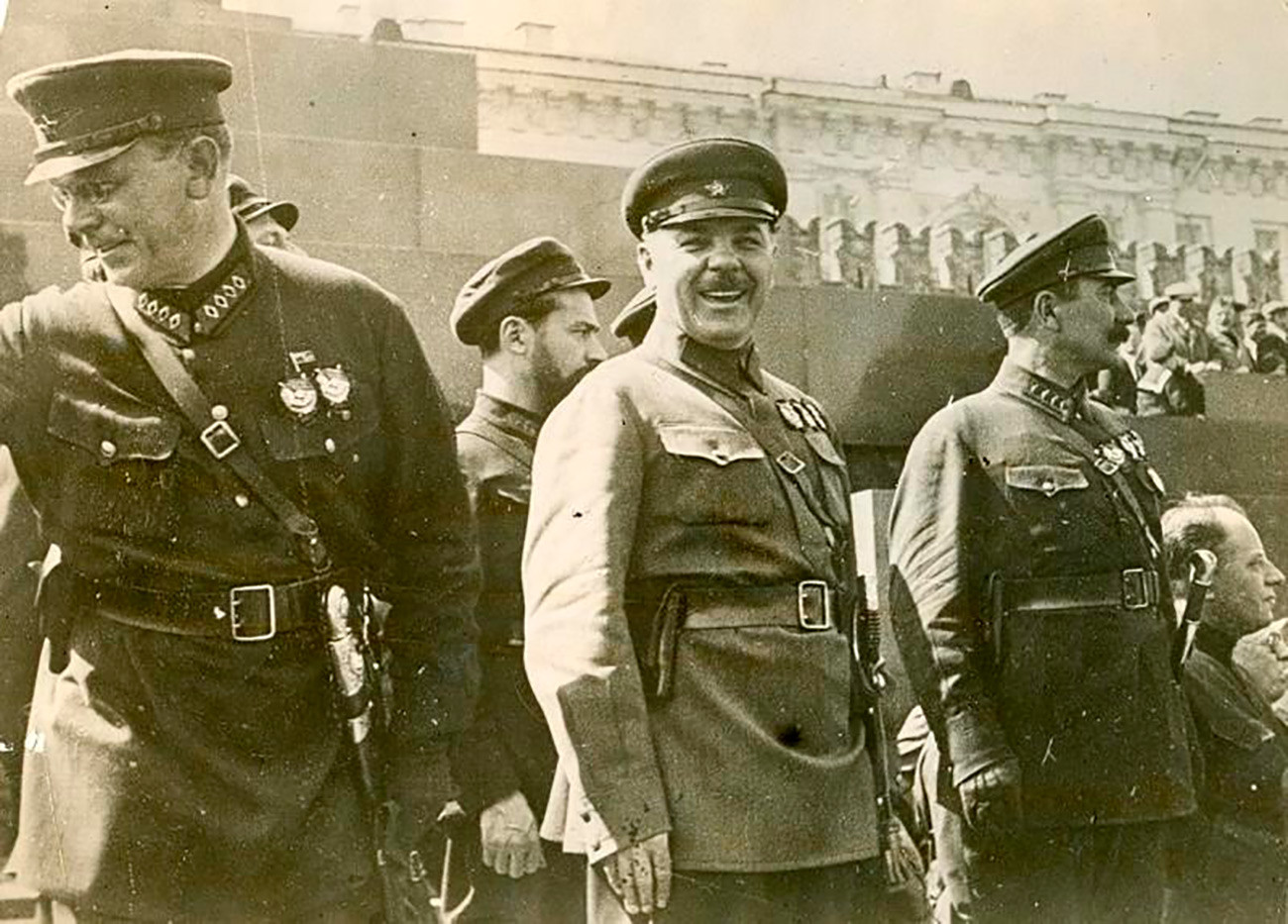 6. At one time, the Red Army had combat camels in its ranks. They were deployed with the 28th Reserve Army near Astrakhan in the summer of 1942, during the initial phase of the Battle of Stalingrad.

More than 300 camels were used to transport goods and artillery, and traveled a long way from the banks of the Volga River to Berlin. Legend has it that when one camel, called Grasshopper, was led to the Reichstag it spat on the building. 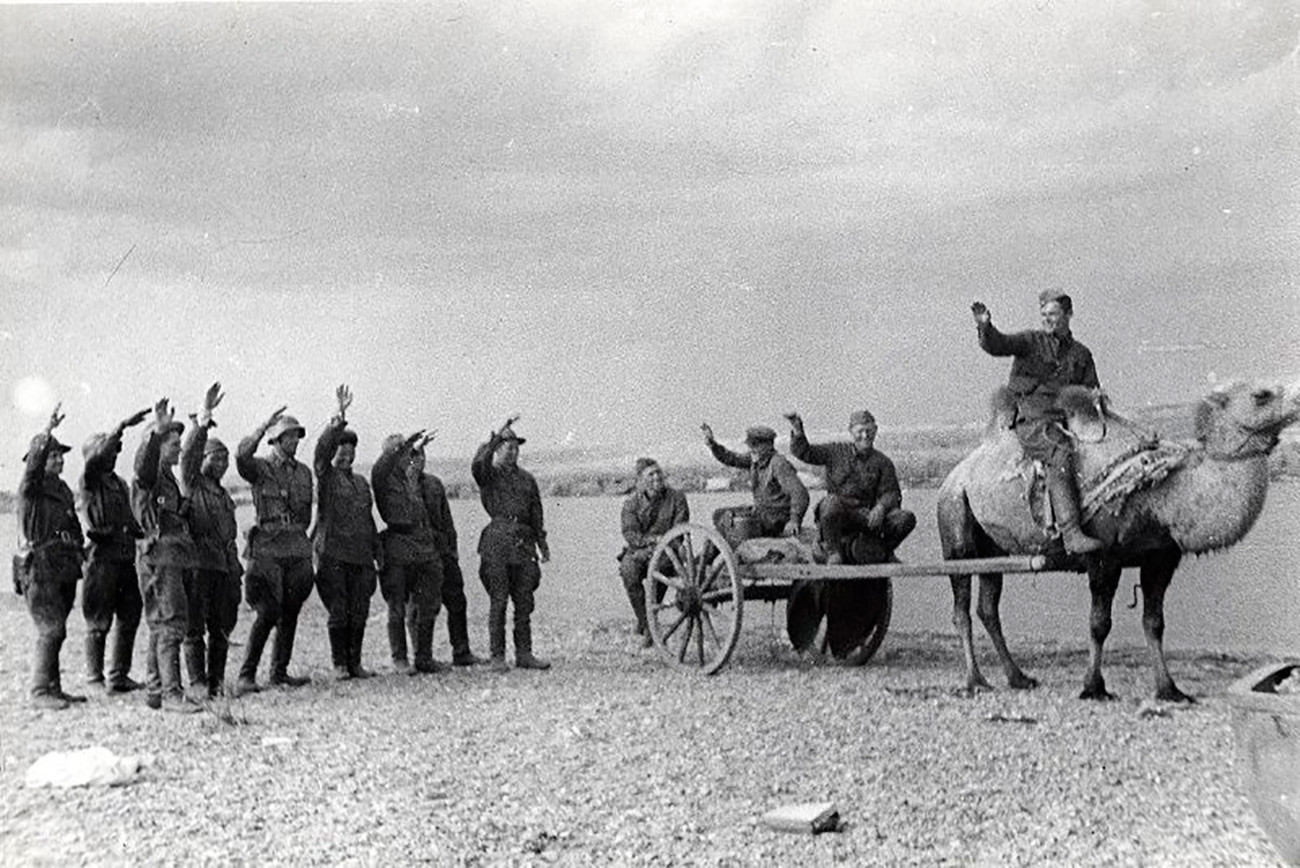 7. The Red Army was most numerous (11,365,000 soldiers) in early 1945. The weakened postwar Soviet economy, however, could not maintain such a huge army, and there was no need for such numbers in peacetime.

In the three years after victory, large-scale demobilization reduced the size of the military to 2,874,000 soldiers by 1948. In those postwar years, obligatory military service was suspended because young men were instead needed to rebuild the country. 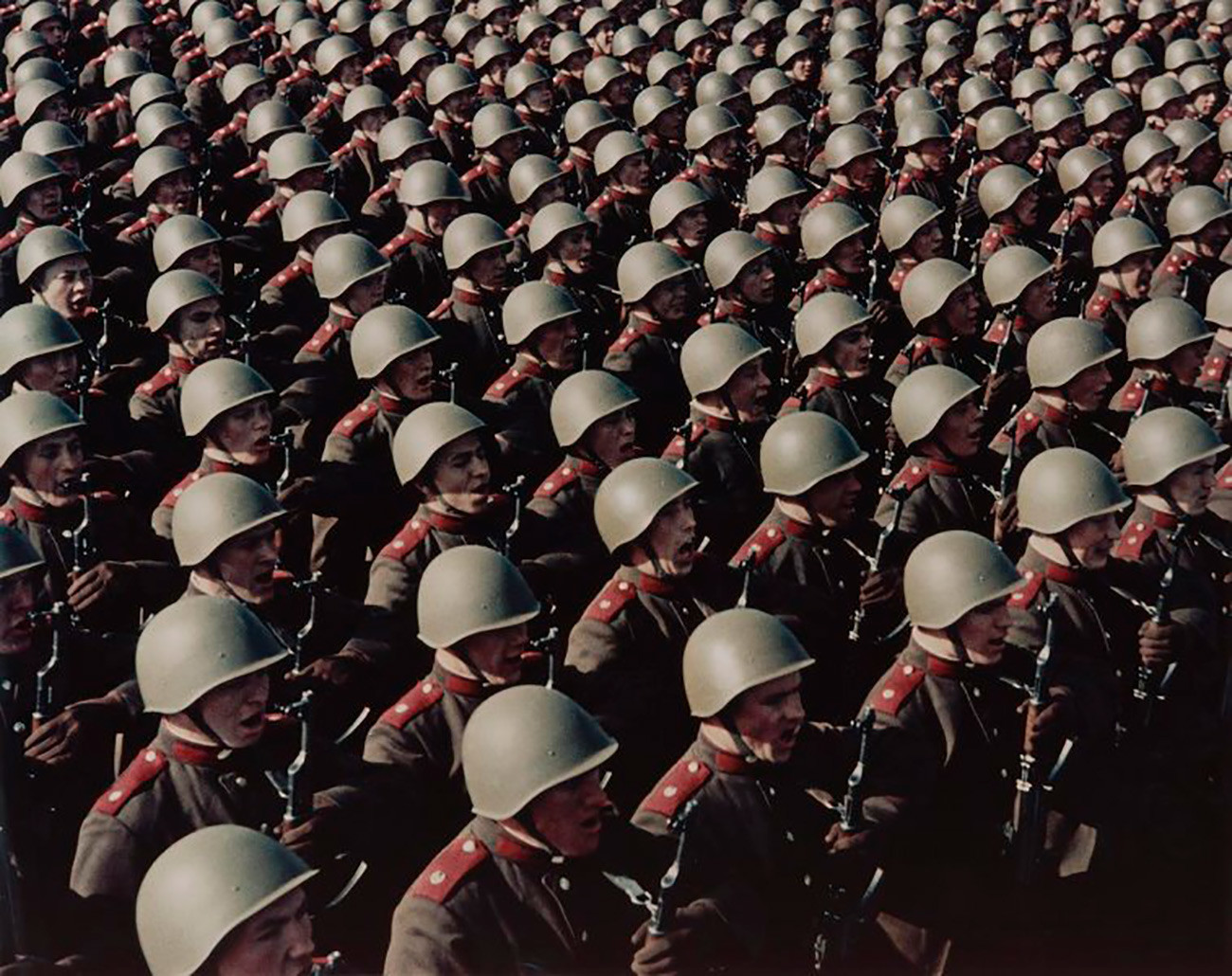 8. In 1946, the Red Army changed its official name to the Soviet Army. Stalin thought that the word ‘Soviet’ would help rally the nation in their choice of the socialist path for their country's development. 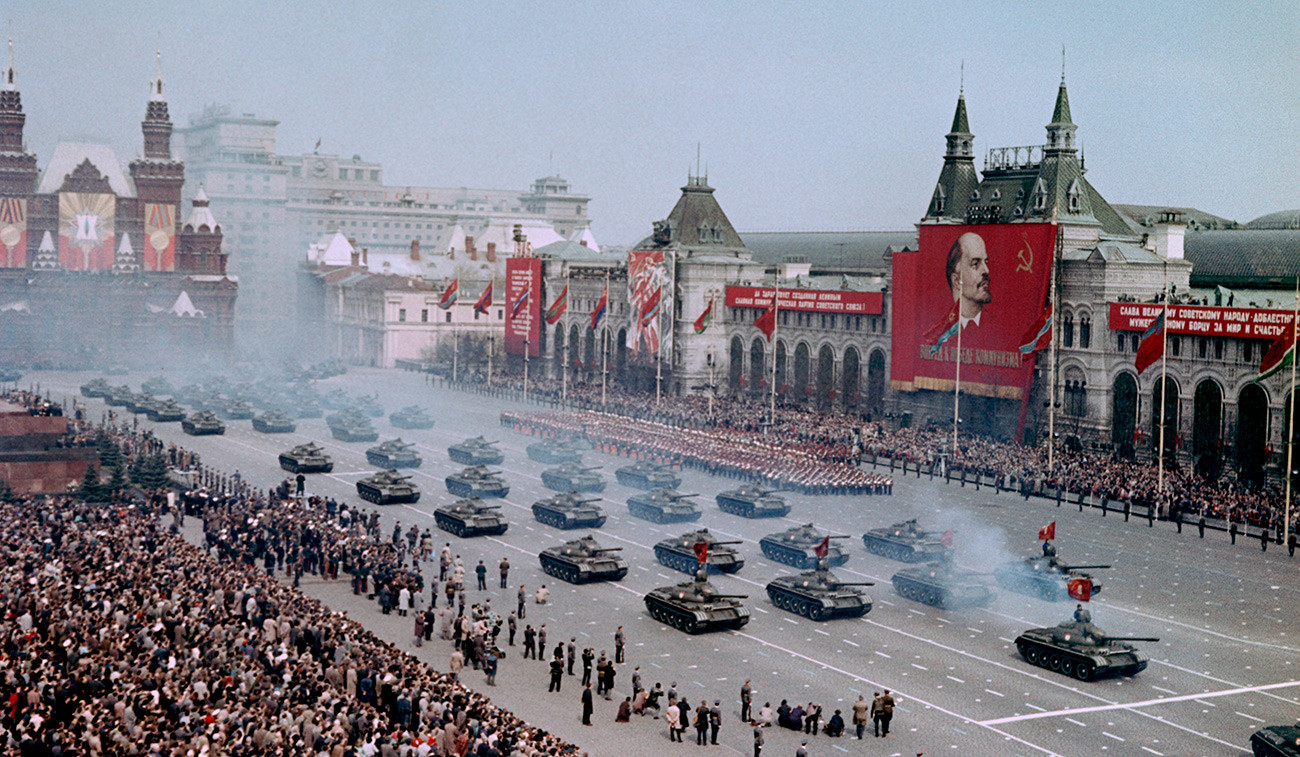 9. The longest siege in the history of the Soviet Army took place during the Afghan war and became known as "the Rukha standoff". For three years and ten months, the 682nd Motor-Rifle Regiment held positions on a small plateau at the site of the abandoned village of Rukha in the Panjshir Gorge.

During the entire siege, the regiment, which was eventually withdrawn from the Panjshir Gorge in May 1988, lost 386 men. 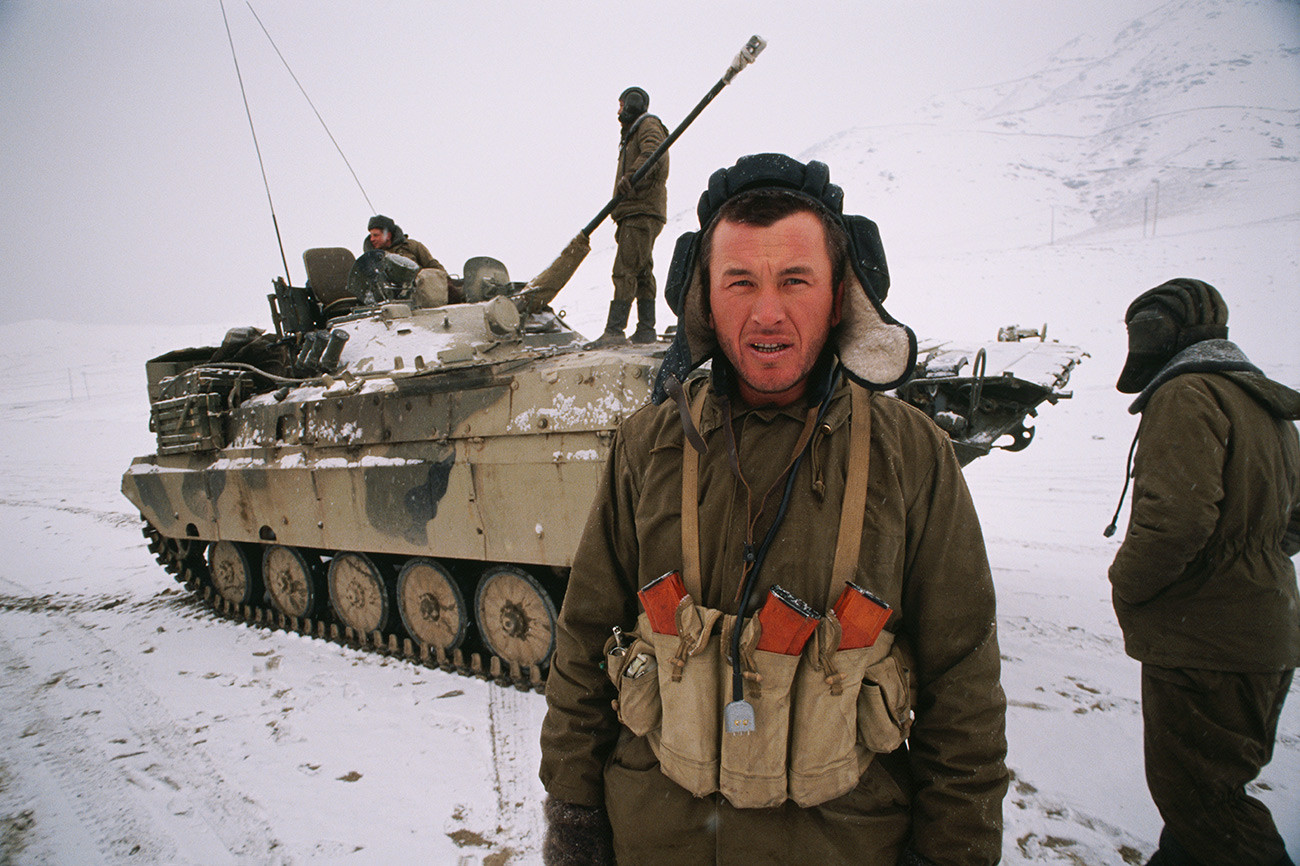 10. The largest and most impressive drill in the history of the Soviet Army was  Zapad-81, which involved up to 100,000 service personnel, including Army troops, the Air Force, Airborne Troops and the Navy. In terms of scale, the exercise was comparable only to major operations of the Second World War.

Zapad-81 was intended to show NATO countries that even without the use of nuclear weapons, the Soviet Army was capable of defeating the bulk of enemy forces in a matter of days. 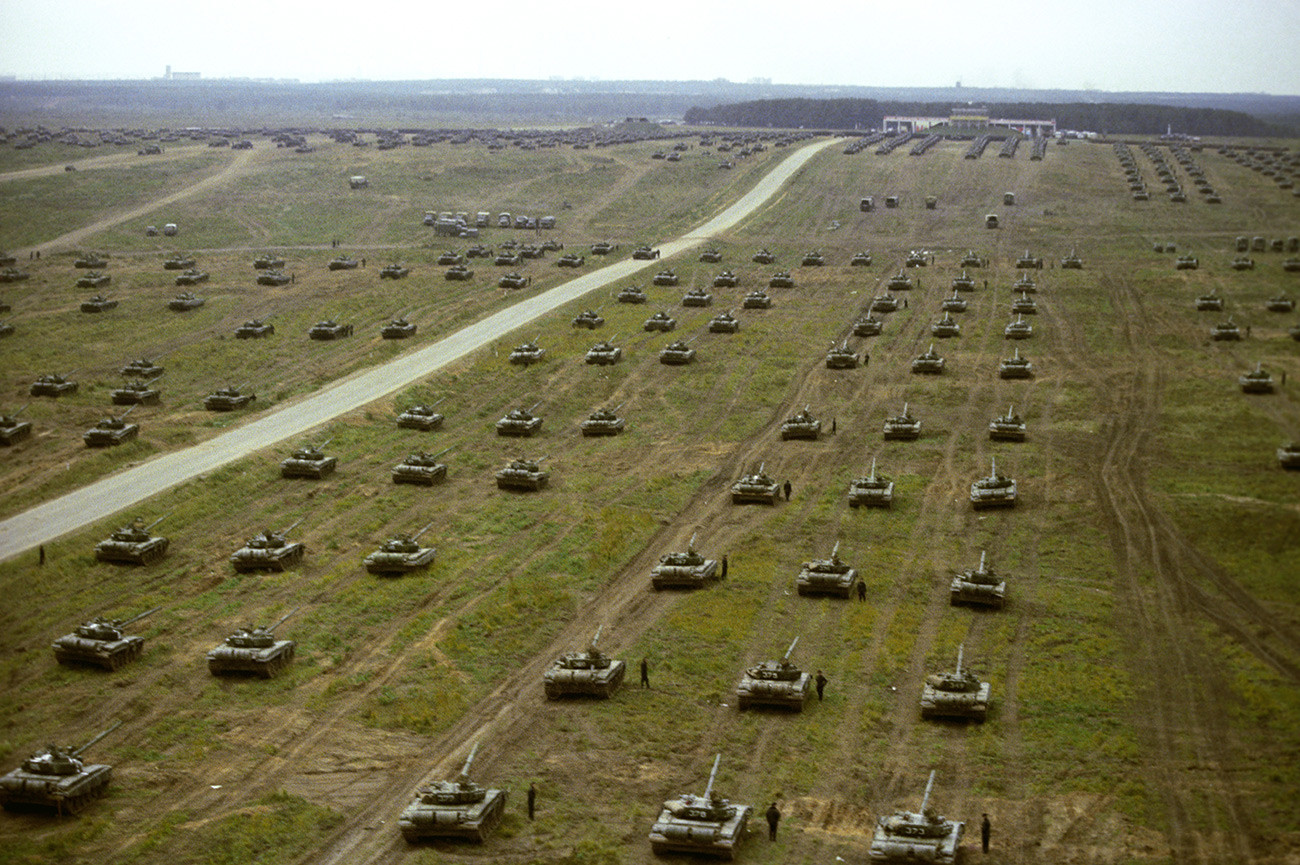