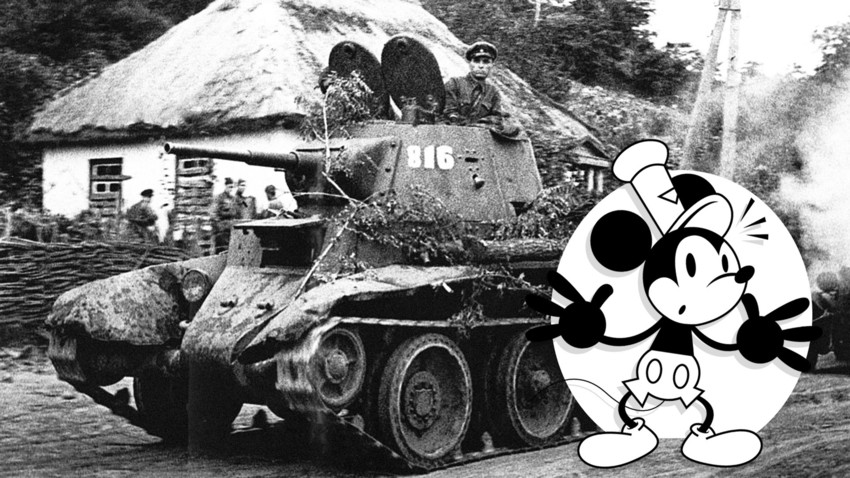 Archive photo, Disney
It’s hard to find anything funny about World War II. However, sometimes soldiers had to (to keep spirits up).

The tank which caused a good mood among Wehrmacht soldiers was actually one of the most successful Soviet tanks of the 1930s - the BT-7. This light maneuverable tank was fast (up to 50 mph on road and 30 mph offroad) and armed with a 45 mm gun and two 7.62 mm machine guns - good enough to effectively fight against enemy infantry and light military equipment. 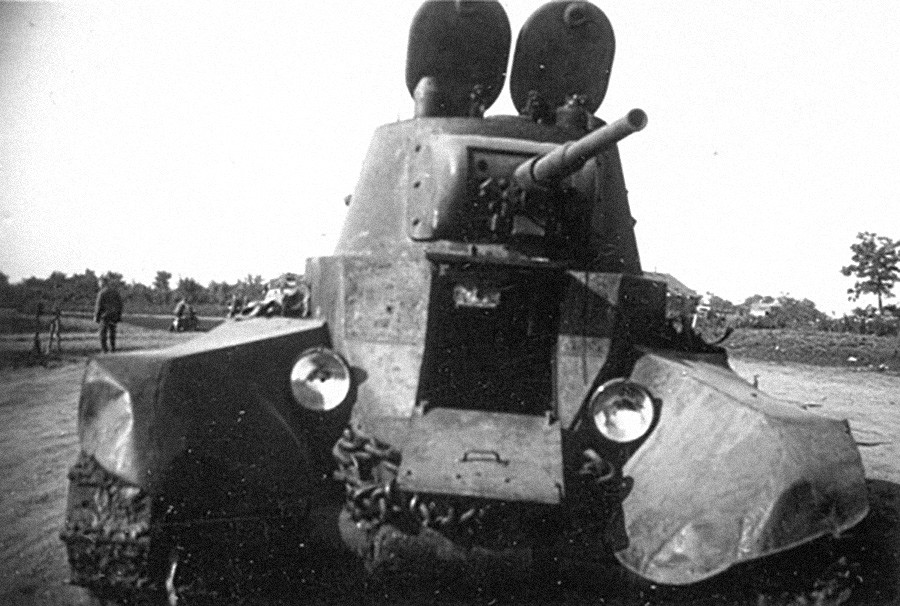 Baptised by fire during the Battle of Khasan against the Imperial Japanese Army in 1938, the BT-7 went through all wars and conflicts the Soviet Union took part in the late 1930s: the Battle of Khalkhin Gol, the so-called “liberation campaign” in Poland and the Winter War against Finland. 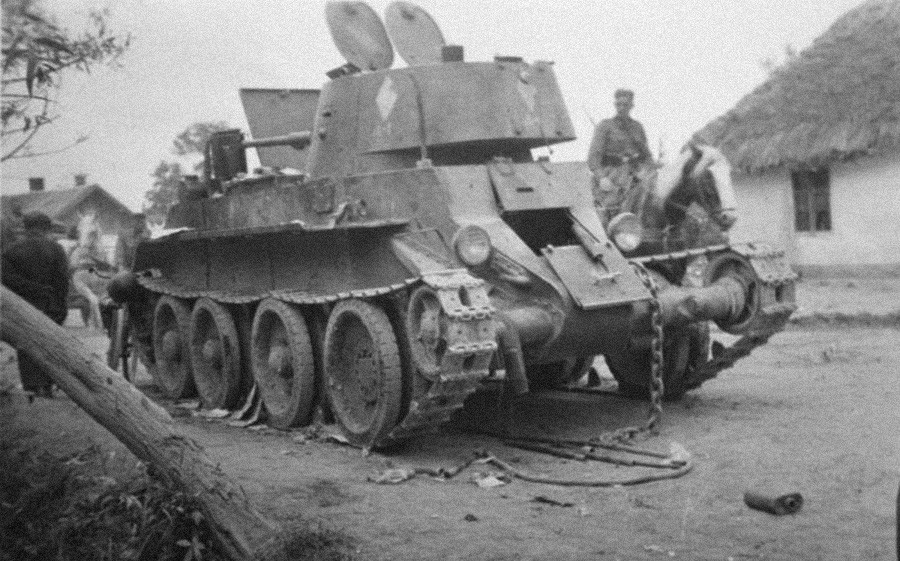 Its crucial minus of BT-7 was its weak armor (just 15-20 mm thick), which instantly rendered the tank useless during the German invasion in 1941. Since BT-7s were lost in huge numbers in open battle against the Wehrmacht, it was decided to use them in ambushes. There, on small distances even their outdated 45 mm guns were effective. 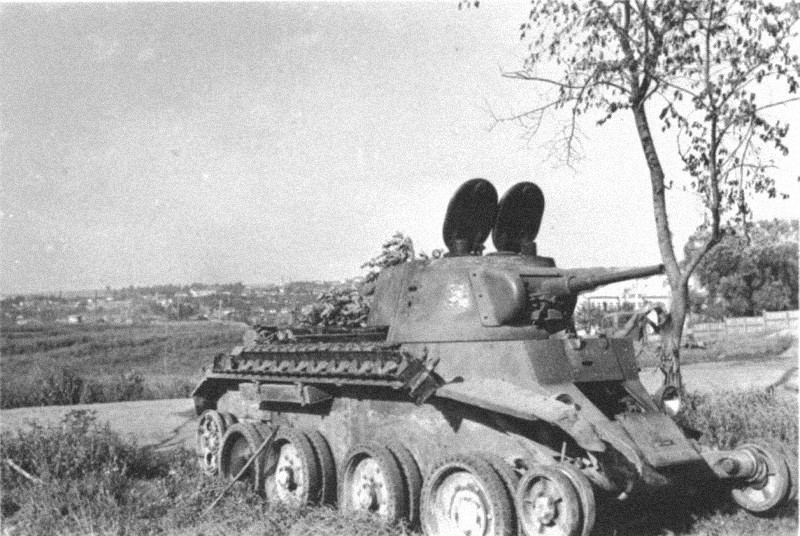 The tank’s conical turret and its two round hatches in raised position reminded German soldiers of a famous Walt Disney cartoon character - Mickey Mouse. And it was under this nickname, that the BT-7 (model 1937) was known in the Wehrmacht. 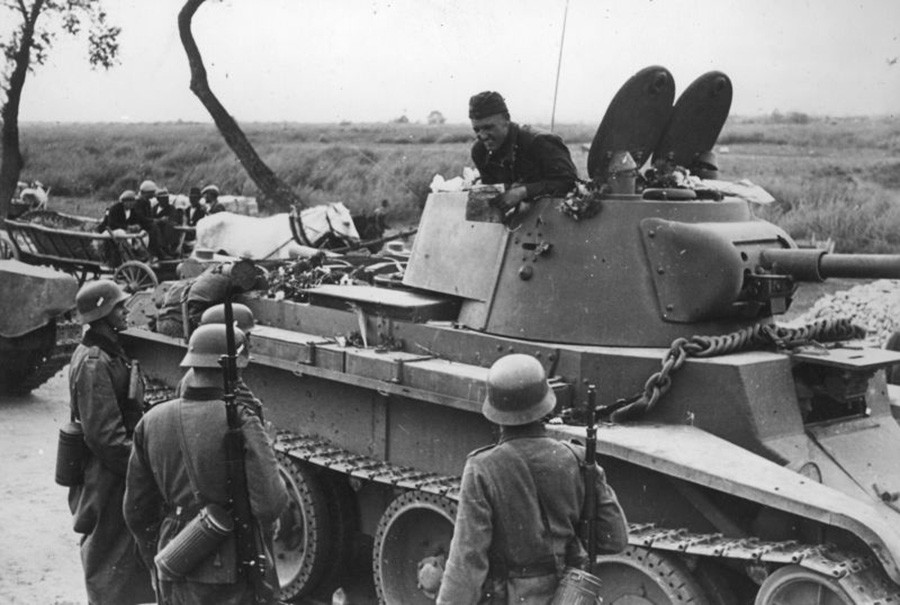 Over 5,000 BT-7s were built in total, until production was stopped in 1940. The tank went through the whole of WWII and ended its combat where it started - in the Far East. In 1945, these tanks contributed to the defeat of the Kwantung Army and participated in the victory parade in Kharbin. 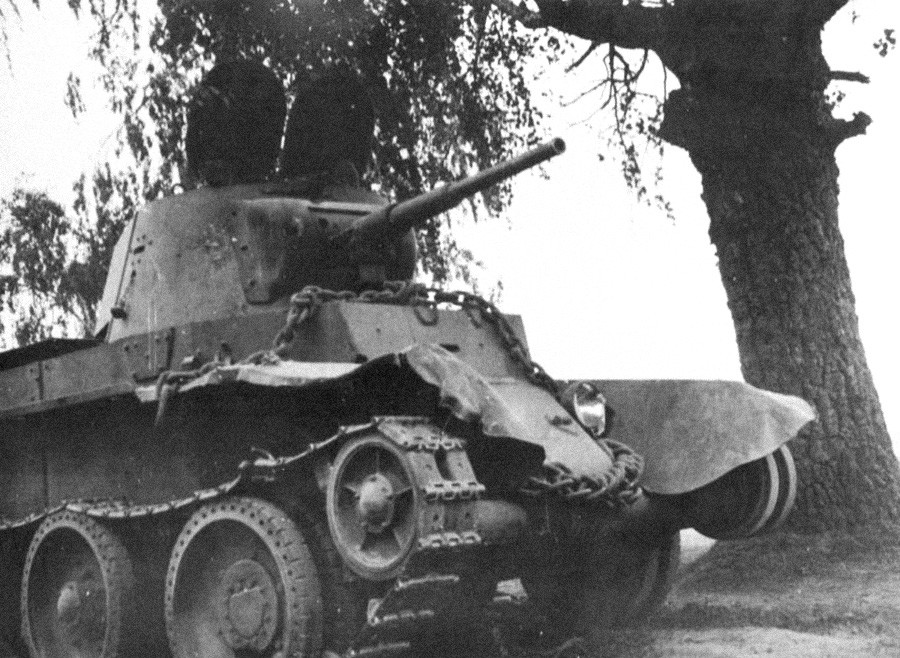 According to the Germans, there was one more ‘Mickey Mouse’ in the Red Army. Some modifications to the famous T-34 had also two round hatches in the turret. Some Soviet tank crews prefered to keep them in a raised position during the battle for better ventilation and out of fear that they could jam at the most inconvenient time. 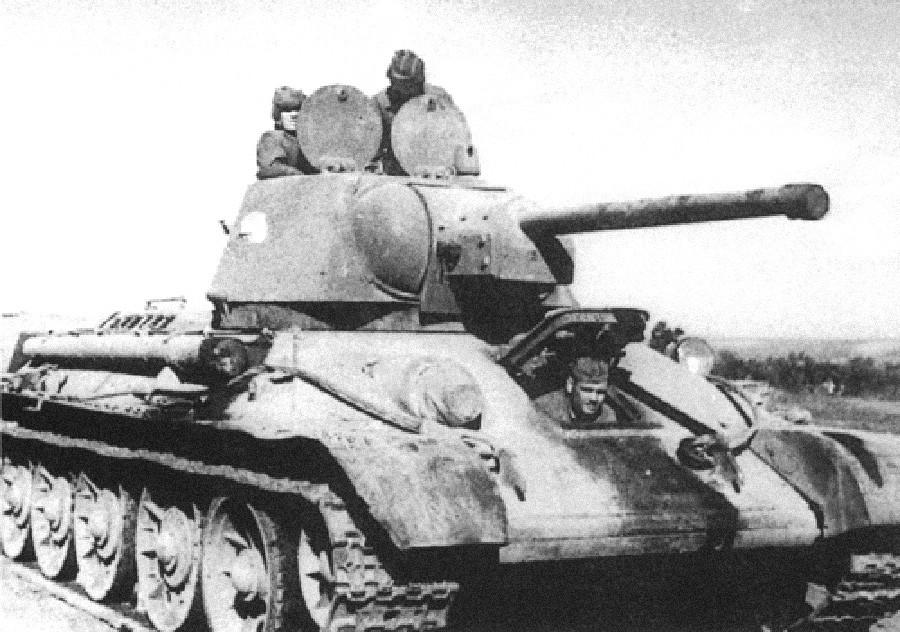