3 of the USSR's best tanks in WWII 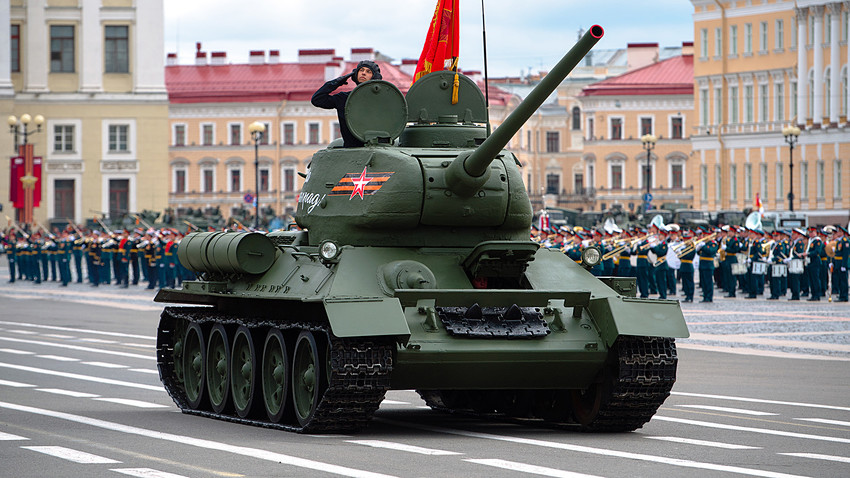 Alexei Danichev/Sputnik
Invulnerable to most types of the German weapons, these Soviet tanks spread terror and fear throughout the enemy’s ranks. 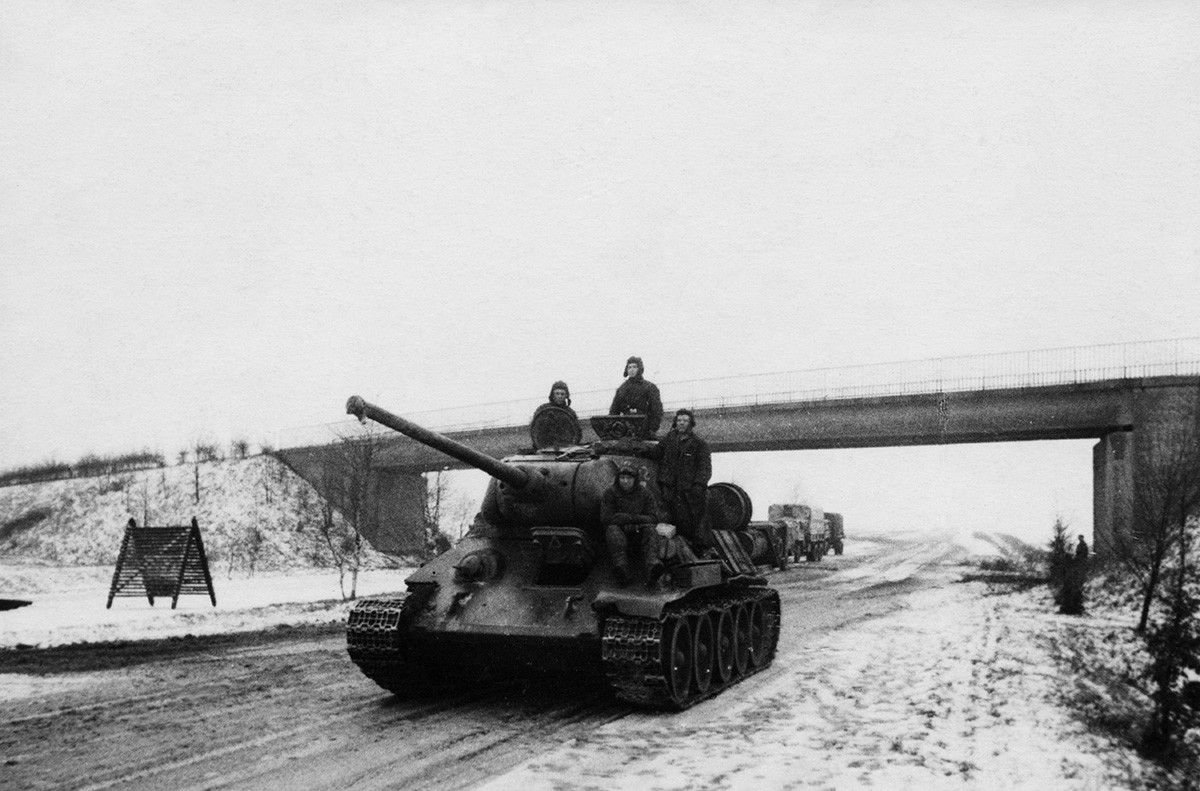 “We were in awe of the T-34 with its good armor, ideal shape, and magnificent 76.2mm long-barreled gun, and all German tanks were afraid of it until the end of the war. What could we do with these monsters, many of which were thrown against us?” wrote German tank ace Otto Carius in his memoirs Tigers in the Mud.

These Soviet tanks indeed became a true nightmare for the Germans in the early period of their invasion of the USSR. Neither their tanks, nor their main anti-tank gun - the 37mm Pak 36 - could do anything against the best medium tank of WWII.

The T-34 could easily hit enemy tanks at a distance of a mile, while its opponents had to come to within a suicidal distance of 500 yards or so to effectively penetrate its 45mm sloped armour. The most effective weapon to fight T-34s was the 88mm anti-aircraft gun, which were allocated between German infantry units for this purpose.

Fuel consumption of the T-34 was up to twice as low as that of its main competitor - the Panzer IV. It could travel up to 190 miles on a full tank, compared with 125 miles for the German tank.

Fast, well-protected and well-armed, the T-34 did suffer from some disadvantages. The major problem was the small size of its turret, able to contain just two crew members - a commander and a loader. Because of that the commander had to act as a gunner (plus sometimes even as a tank platoon leader), which undermined the tank’s efficiency on the battlefield.

In spring 1942, the Wehrmacht started to receive 75mm Pak 40 anti-tank guns, also mounted on Panzer IV as Kwk 40 - and they were very effective against Soviet tanks. Things worsened for the T-34-76, when Tigers and Panthers entered the scene in 1942-1943.

The Soviets didn’t sit idly by. In 1944, the T-34’s modification with a 85mm gun was introduced. It also had an enlarged turret, for the third person - a gunner.

The T-34-85 had a much better chance against German heavy tanks than its predecessor. The faster and more maneuverable Soviet tanks would hunt the stronger, but more clumsy Tiger tanks in packs, like a wolf pack would hunt down a boar. 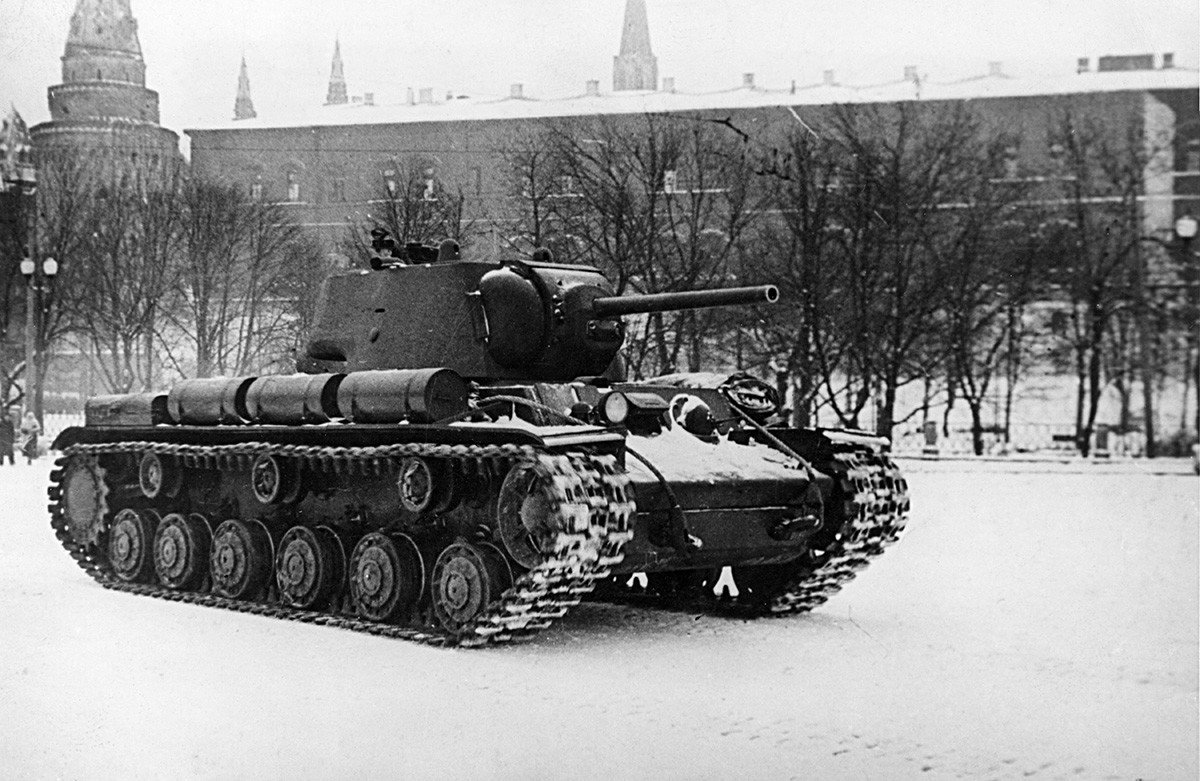 Germans called this Soviet heavy tank “Russian monster” or “Ghost.” In the summer of 1941, the KV-1 caused the same terror among the Wehrmacht soldiers, as the famous T-34. Not as fast as the latter (21 mph versus 33 mph), the KV was better protected (75mm versus 45mm).

While German tanks and anti-tank artillery happened to be useless against these Soviet heavy tanks, 88m anti-aircraft guns demonstrated they could deal with the “monster” best of all. The other effective weapon were Ju-87 dive bombers, often called in case KV tanks appeared on the horizon.

In June 1941 near the Lithuanian city of Raseiniai, the KV-1 proved that it was indeed an “indestructible fortress,” as some German soldiers called it. One such Soviet tank just stood in the middle of the road in the enemy rear, blocking traffic of a whole Wehrmacht division.

“It was impossible to go around the tank, since swamps were everywhere. We couldn't get ammo or evacuate our wounded - they were dying,” the Germans reported. Not wasting time, the KV-1 destroyed 12 supply trucks.

All attempts to take out the Soviet tank with 50mm anti-tank guns and even with more powerful 105mm howitzers failed. Anti-tank guns with their crews were destroyed with return fire.

Finally the heroic KV was hit by an 88mm shell. Five crew members and one unidentified soldier, found in the tank, were buried by Germans with military honors.

Nevertheless, the KV-1 was far from being an ideal tank. Its major problem was its lack of technical reliability. Often these tanks broke down before getting to the frontline and were abandoned by their crews. This could also have happened with the KV during the Raseiniai episode. However, its crew decided to stay and fight instead of leaving their tank.

With the appearance of Tigers, KVs with their 76mm guns became obsolete. They stood aside to give way to the new generation of heavy tanks - Joseph Stalin, or just IS. 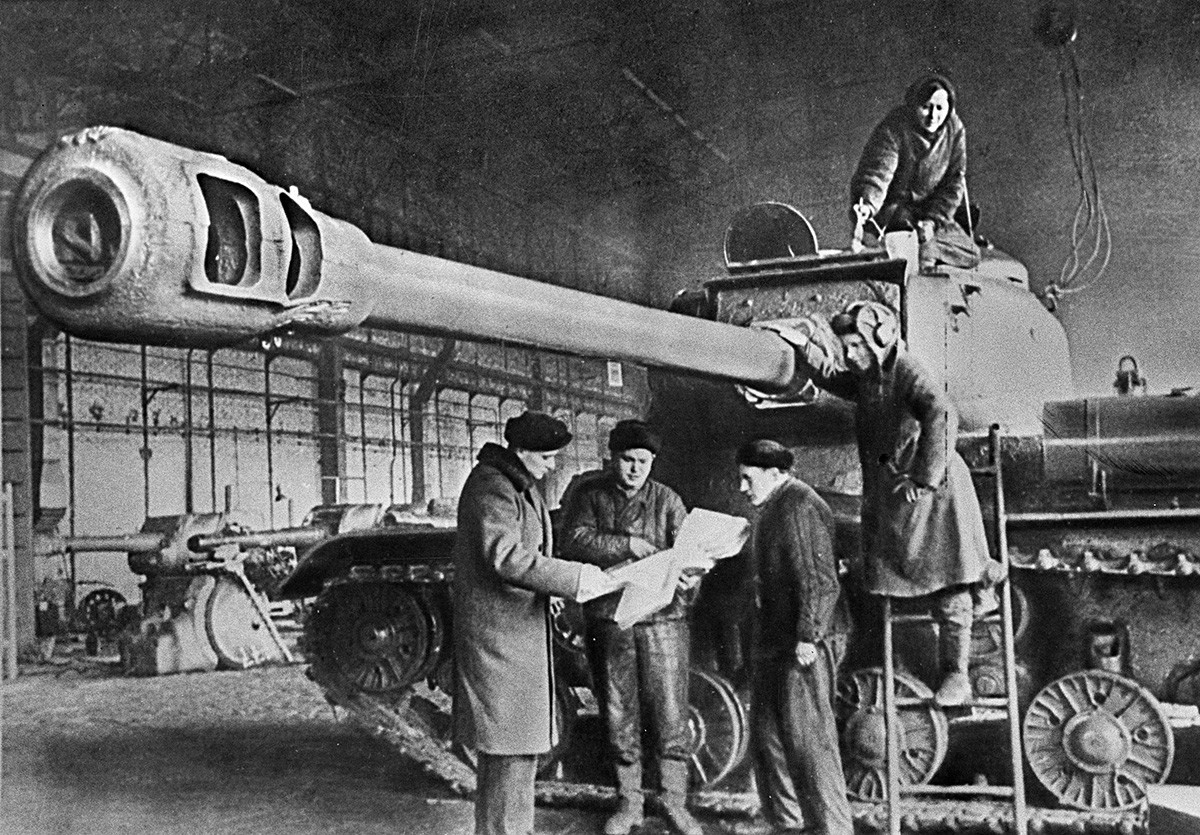 Unlike the T-34s, IS-2 heavy tanks didn’t need to gather in packs to fight German Tiger and Panther tanks. Protected with 100mm armor and armed with 122mm guns, they fought the "wildcats" on equal terms.

Although the IS-2’s D25-T gun was more powerful than the Tigers’ 88mm KwK43, it demanded over 20 seconds for reloading. German heavy tanks at the same time needed just 10 seconds and had, therefore, more time for accurate fire. On the other hand, Soviet tanks had an advantage on long distances of up to a mile.

“The Joseph Stalin tank that we encountered in 1944 was at least equal to the Tiger. It was significantly better in terms of shape (like the T-34),” wrote German tank ace Otto Carius in his memoirs Tigers in the Mud. Ultimately, the outcome of the duels between IS and Tigers often depended on the skill and training of the crews.

However, fighting Tigers wasn’t IS-2’s preliminary task. First and foremost, this “breakthrough” tank was used for the assault on European cities, turned by the Nazis into virtually impregnable fortresses.

IS-2s rapidly advanced along the narrow streets of Polish, Hungarian and German cities, like bulldozers smashing enemy fortifications, barricades and pillboxes on the way. Reaching the central square, Soviet assault groups of machine-gunners, snipers and flamethrowers jumped off the tanks and took up defensive positions.

In this manner, the most powerful Soviet tanks of those times assaulted Berlin. They were the first ones in the Red Army to open fire on the Reichstag.