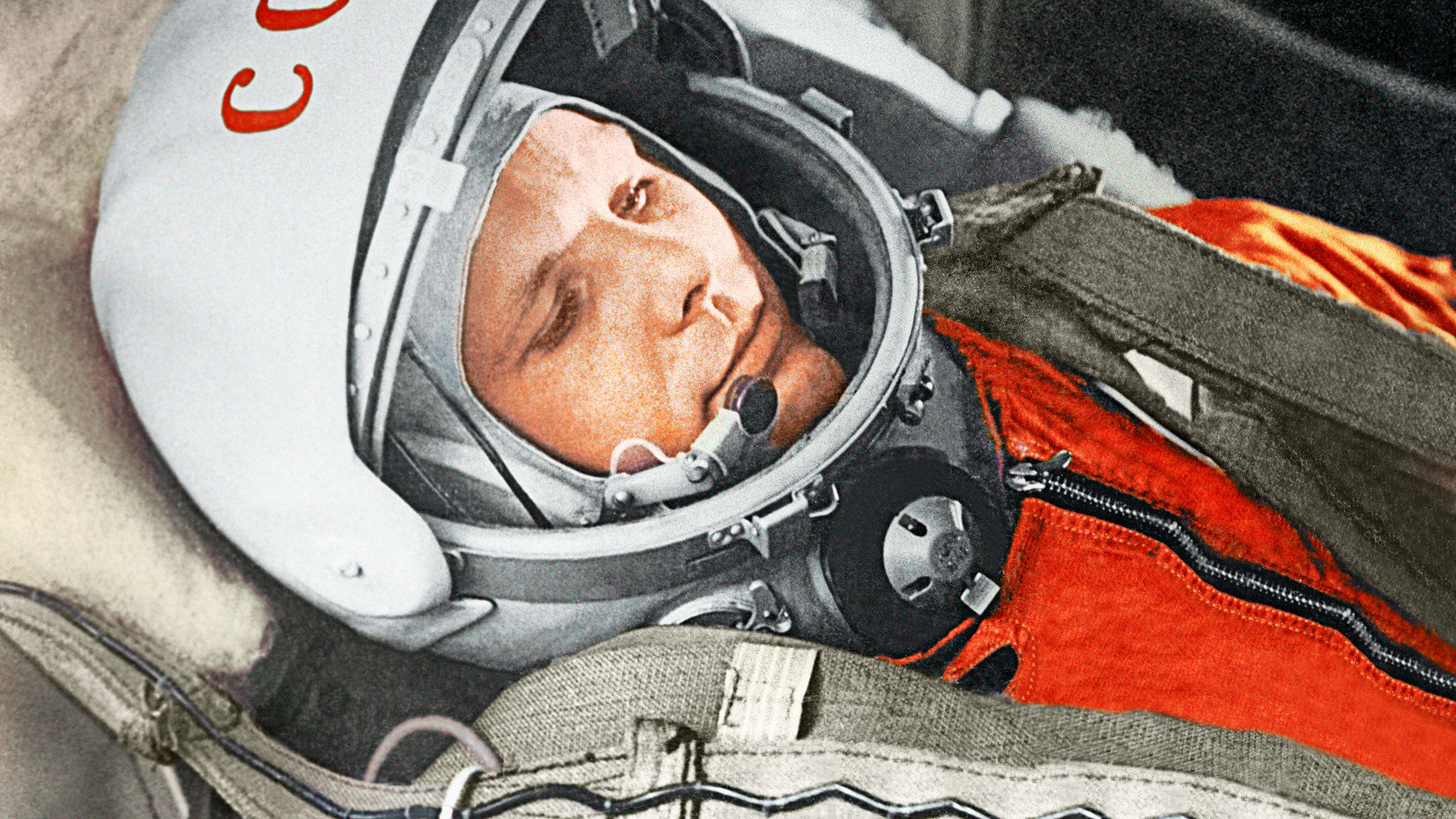 Sputnik
Why did he have to carry a gun aboard his craft? Did he meet God in space? And why did he lie to the mighty Khruschev?

1. In 1961, several weeks prior to Yuriy Gagarin’s legendary April 12 flight, a dummy in a spacesuit was sent into orbit together with Zvezdochka - a dog. The dummy was amicably named “Ivan Ivanovich”. They carried with them a cassette player, broadcasting audio recordings of things like recipes and folk Russian choral arrangements. This was done for the purpose of throwing the Americans off, and making them go through the arduous and useless work of trying to figure out what crucial information that Soviet “code” might have been hiding. 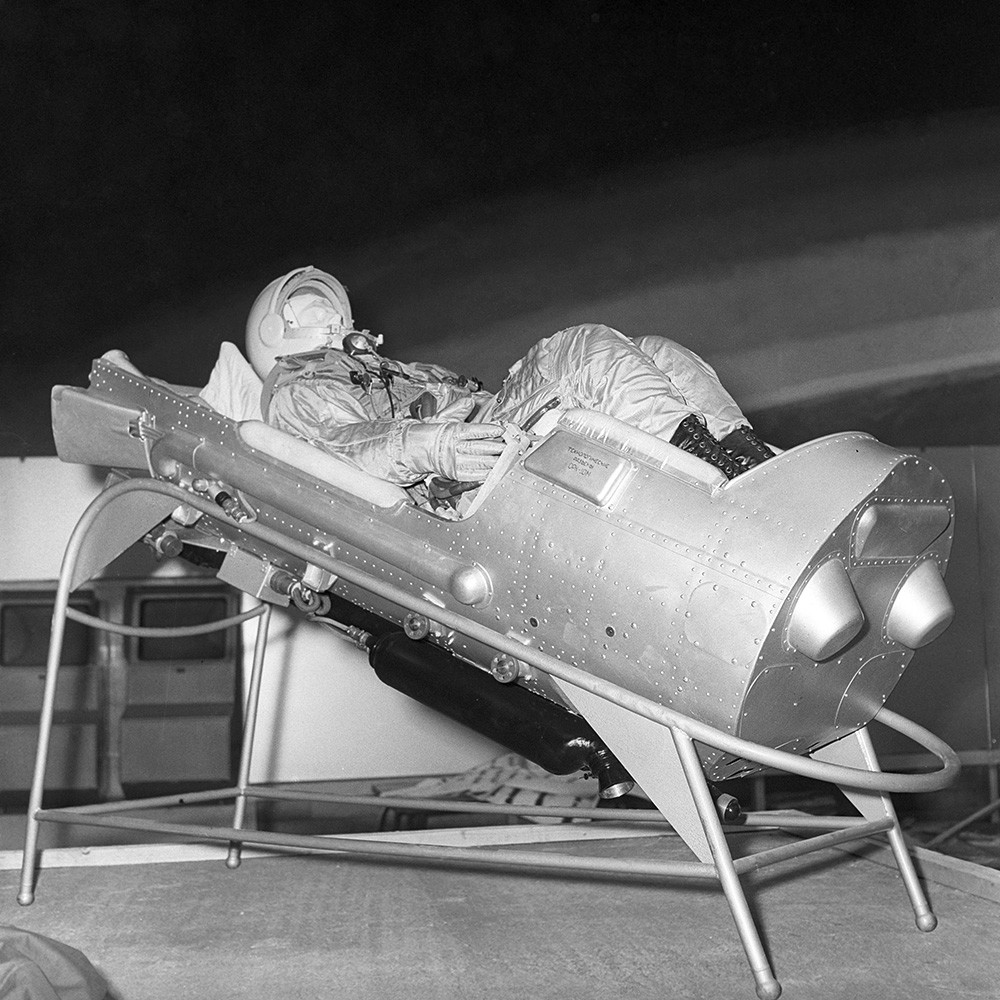 2. The ‘USSR’ inscription was applied to Gagarin’s space helmet a mere 20 minutes before liftoff. It was decided at the last moment that, should Gagarin land successfully, he might justifiably be taken for a foreign spy. The year before, American Francis Gary Powers’s U-2 reconnaissance plane had been shot down over the USSR. Powers had worn very similar headgear. 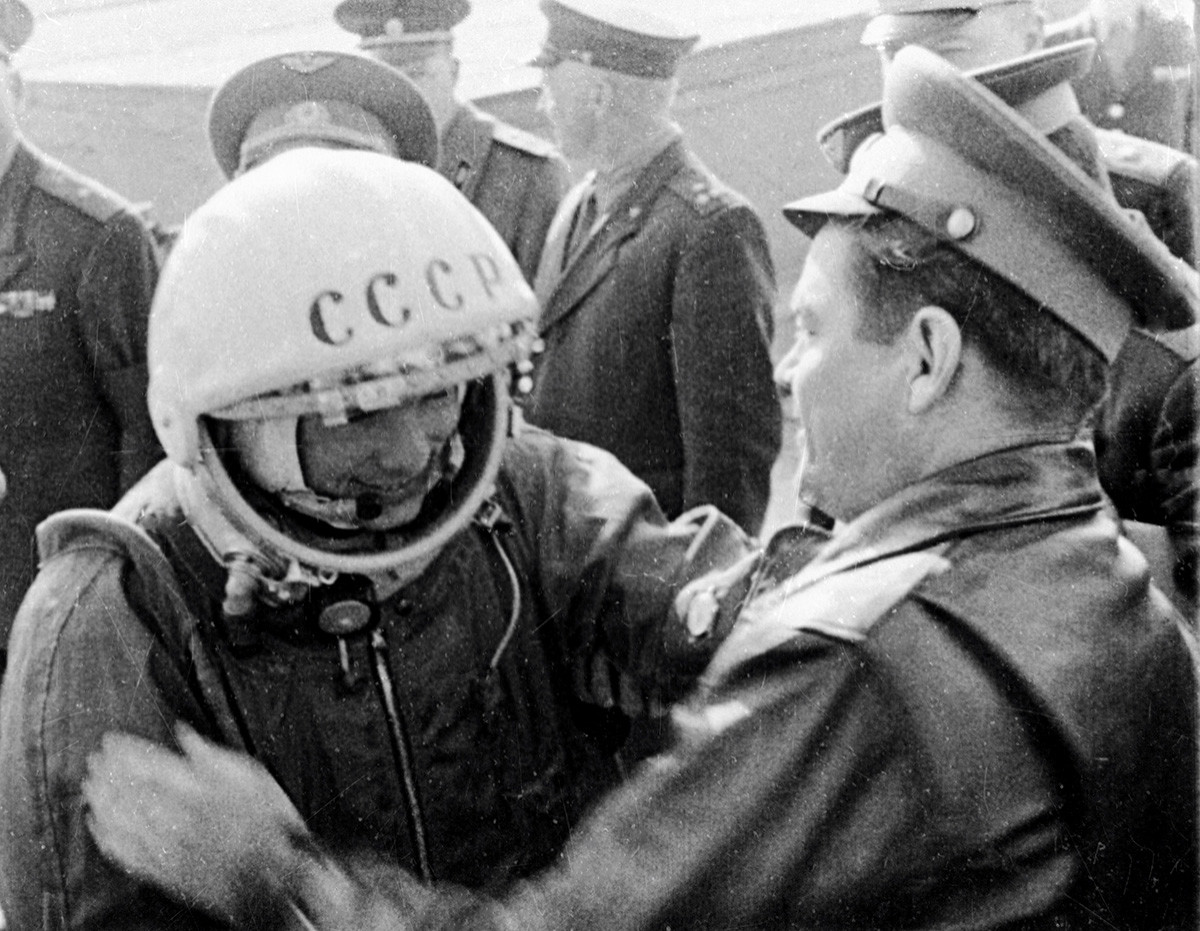 3. At liftoff, Gagarin was obliged to utter the phrase “I’m taking off, crew!” The cosmonaut, however, decided to go against protocol, and uttered the now-famous “Poyekhali!” (“Let’s go!”) as his instructor Mark Gallay used to say while taking off. He sincerely didn’t understand why he had to address the “crew”, if this crew consisted of just one person. 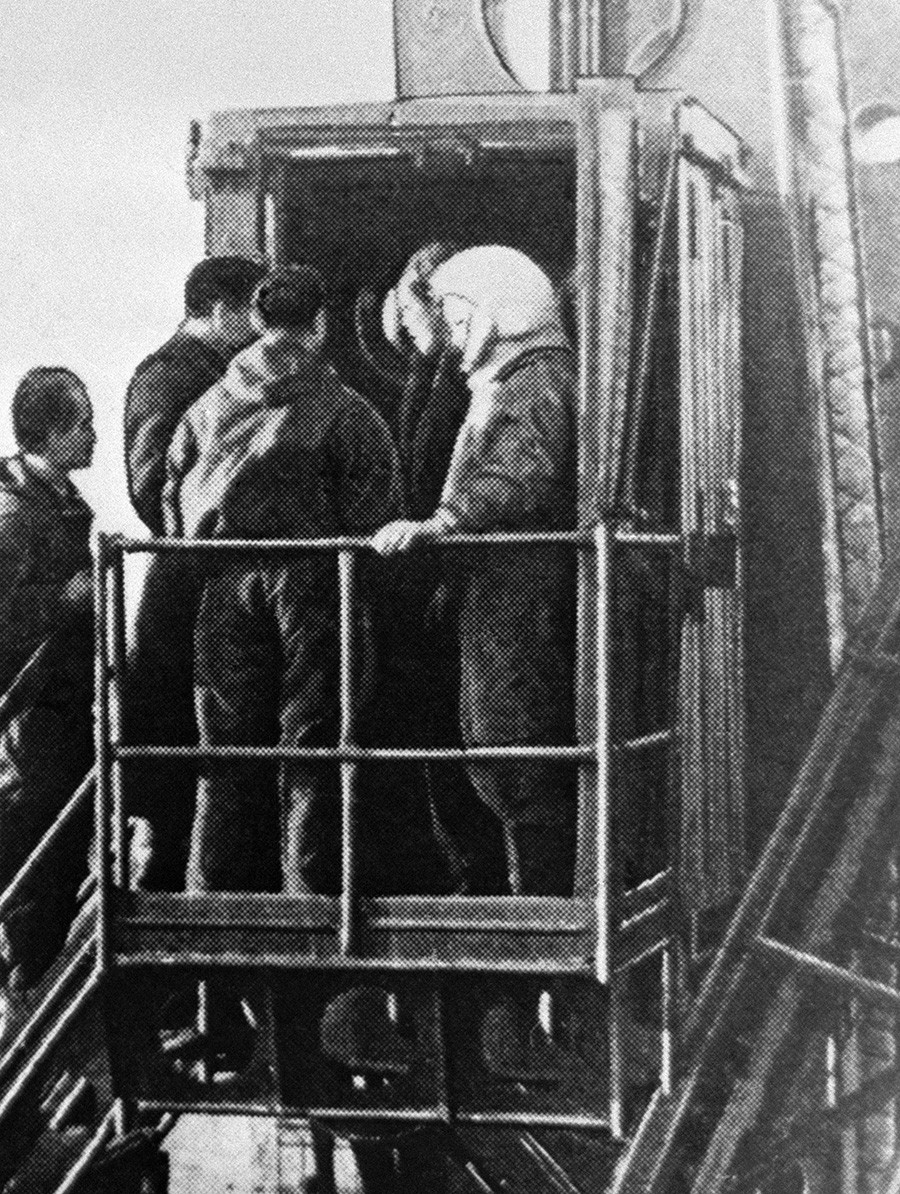 4. Gagarin’s ‘Vostok-1’ capsule was piloted remotely, as no one back then could have foreseen what human behavior might look like when subjected to extreme conditions. As a last resort, Gagarin was given an envelope with codes for switching to manual control. In order to access the codes, the cosmonaut would need to solve a simple arithmetic problem - something that would have been difficult for a person in a state of panic. 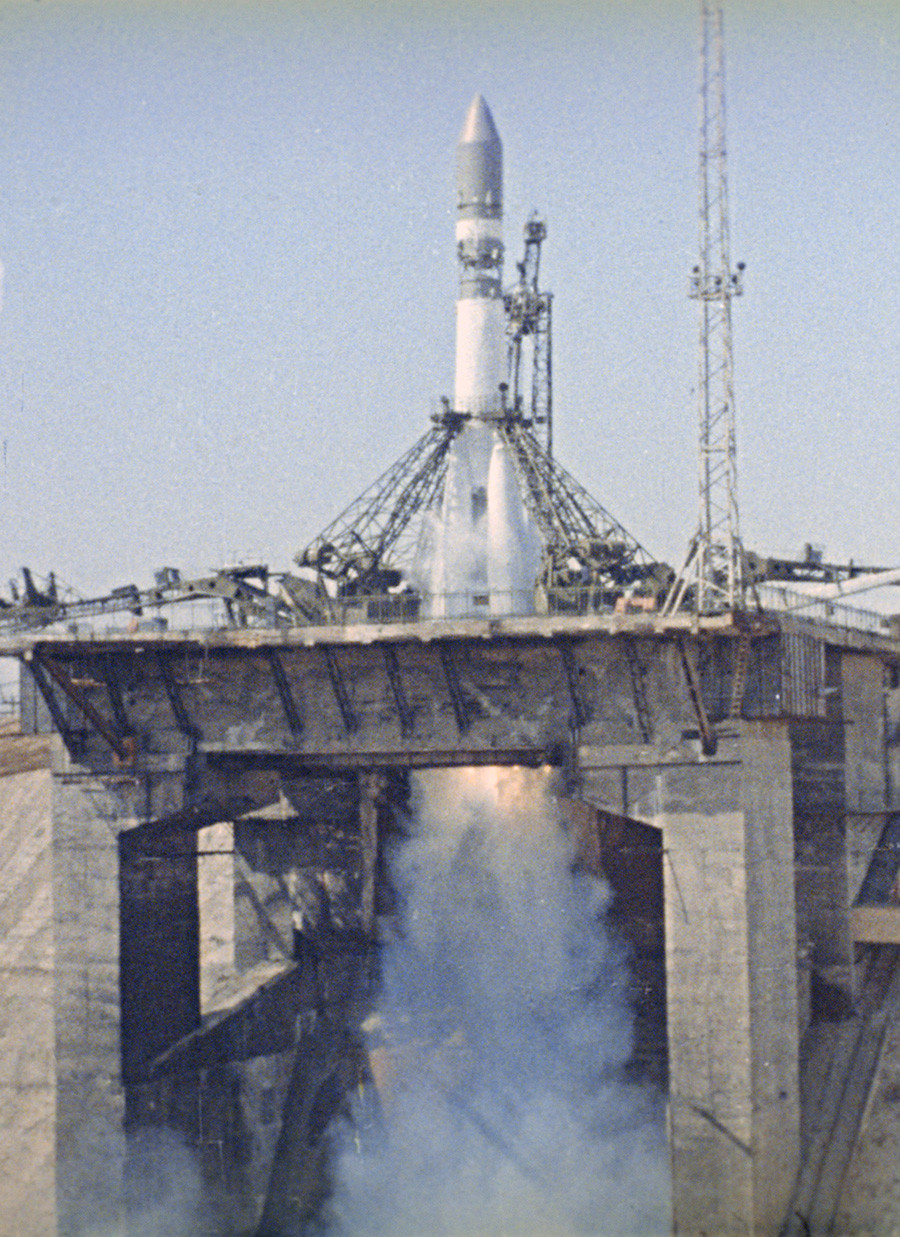 5. Gagarin wrote a letter to his wife Valentina in the event of his death. In a sad turn of events, the wife of the first man in space would indeed receive the letter, however seven years after the iconic space flight, when Gagarin died performing a test flight on Earth on March 27, 1968. 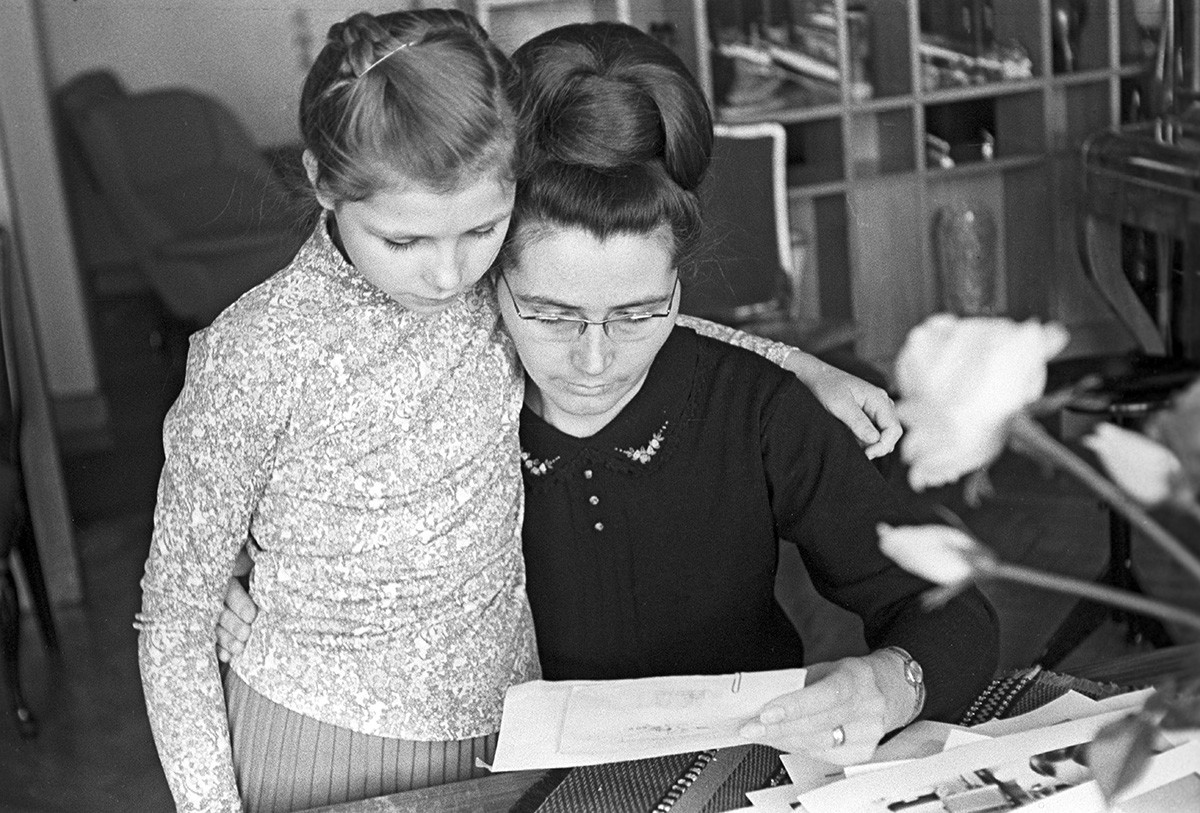 Valentina Gagarin with her daughter Galina.

6. There was no way of knowing at the time what a spacecraft might look like passing through the different layers of atmosphere. It’s no surprise that when Gagarin saw flames lick the outside of his ‘Vostok-1’ capsule on re-entry, he panicked and radioed mission control with the message: “I’m on fire, farewell, comrades!” For obvious reasons, that little episode was subsequently swept under the rug. 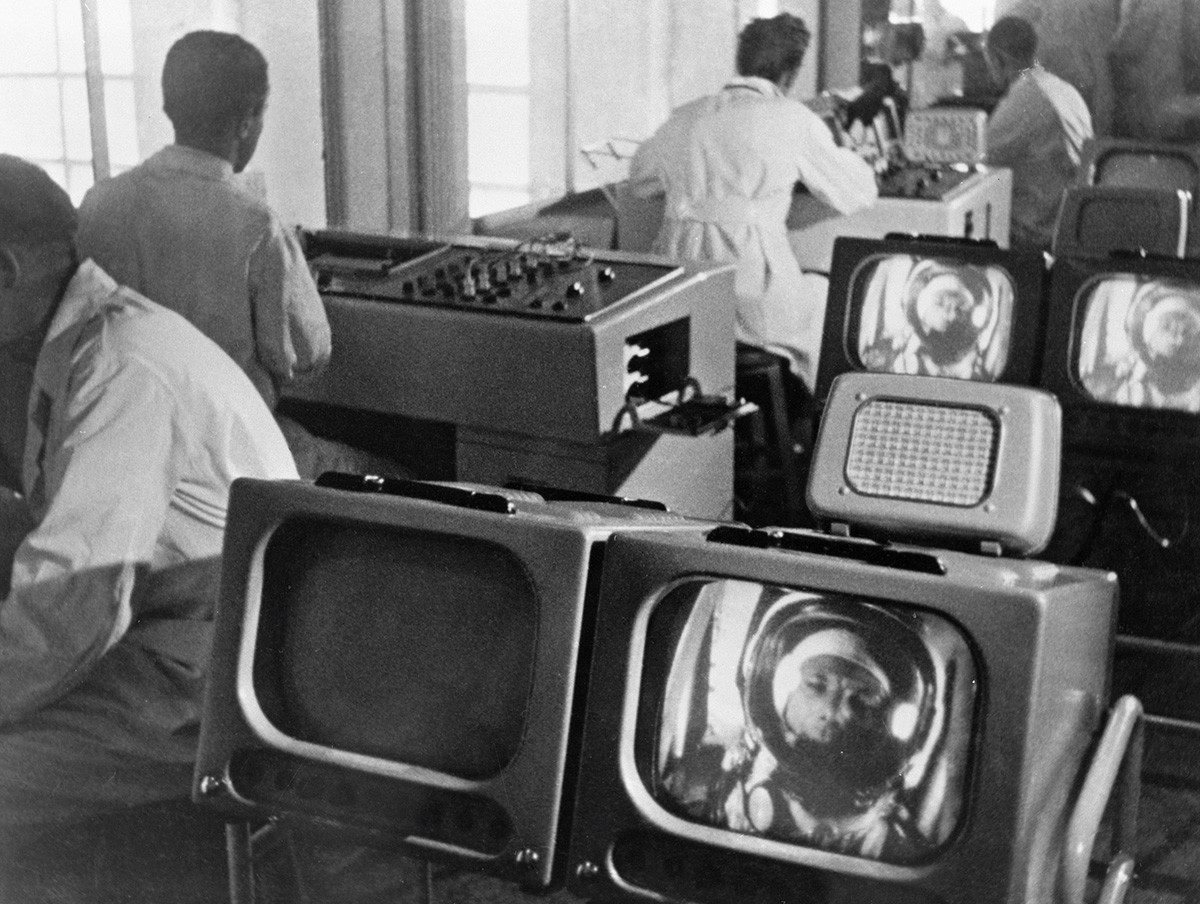 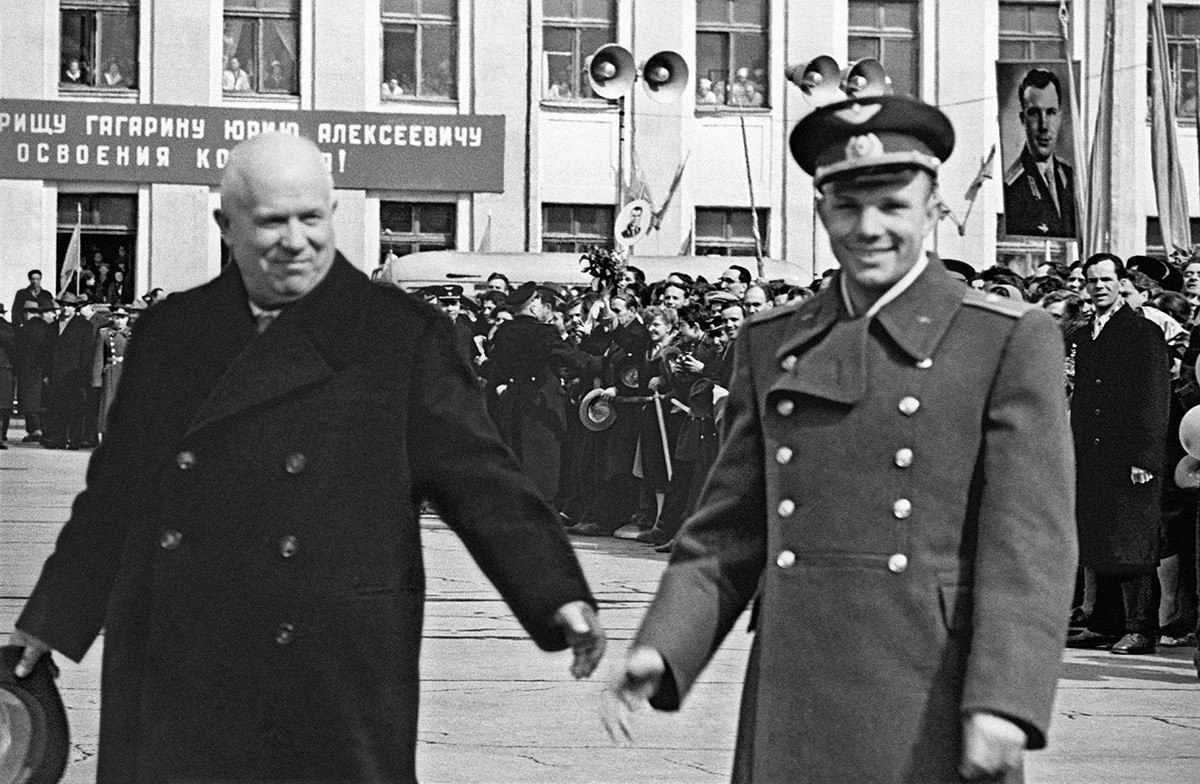 8. Gagarin was given a firearm to take aboard the Vostok. It was a Makarov pistol. In the event of the cosmonaut landing somewhere in the wilderness, he would have had to face its inhabitants. Funny that this actually ended up happening to the crew of the future ‘Voskhod-2’, which, in 1965, had had to use the gun in an attempt to scare off wolves and bears in the Southern Ural taiga. 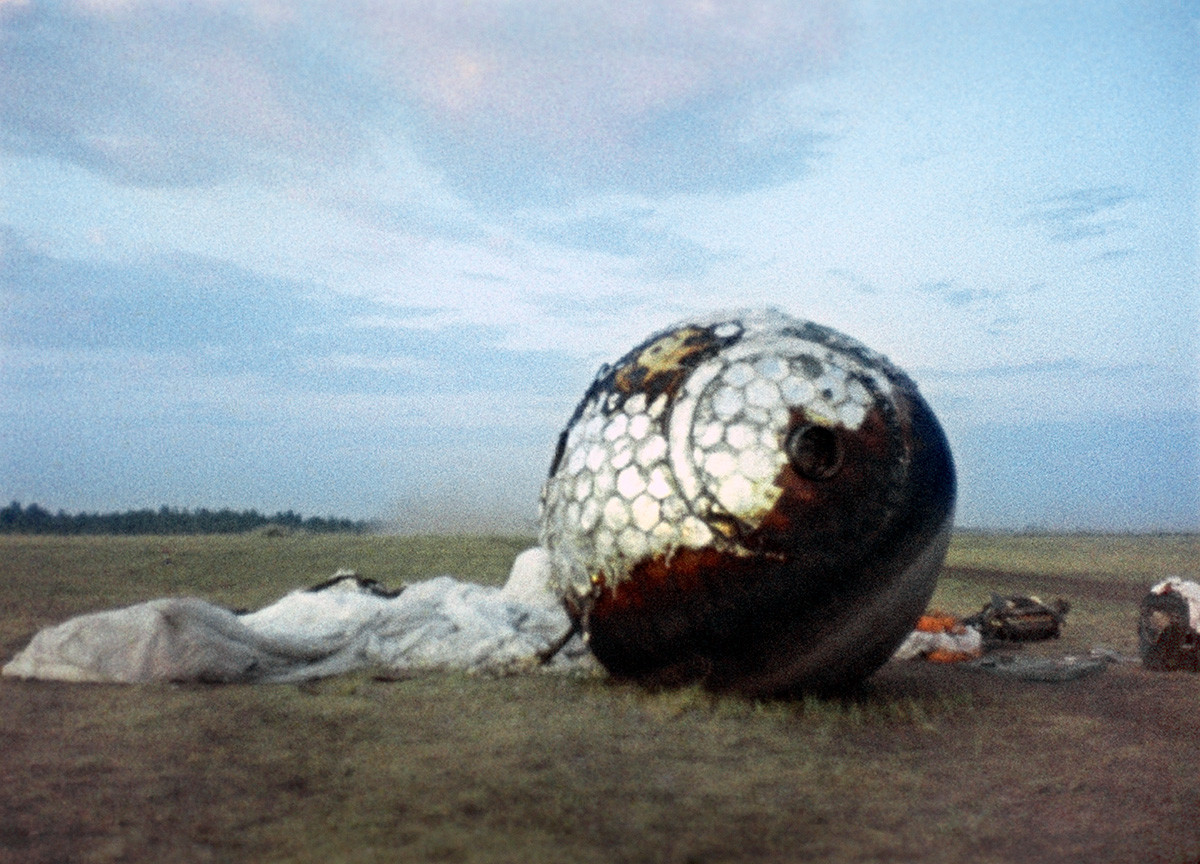 9. Landing a capsule on Earth was technically impossible in those days, so Gagarin would have to eject out of the spacecraft and parachute down. However, his space suit’s air supply mechanism malfunctioned, so the cosmonaut spent some time gasping for air. The first man in space - having completed the most dangerous journey known to man at the time - almost died at its very conclusion. 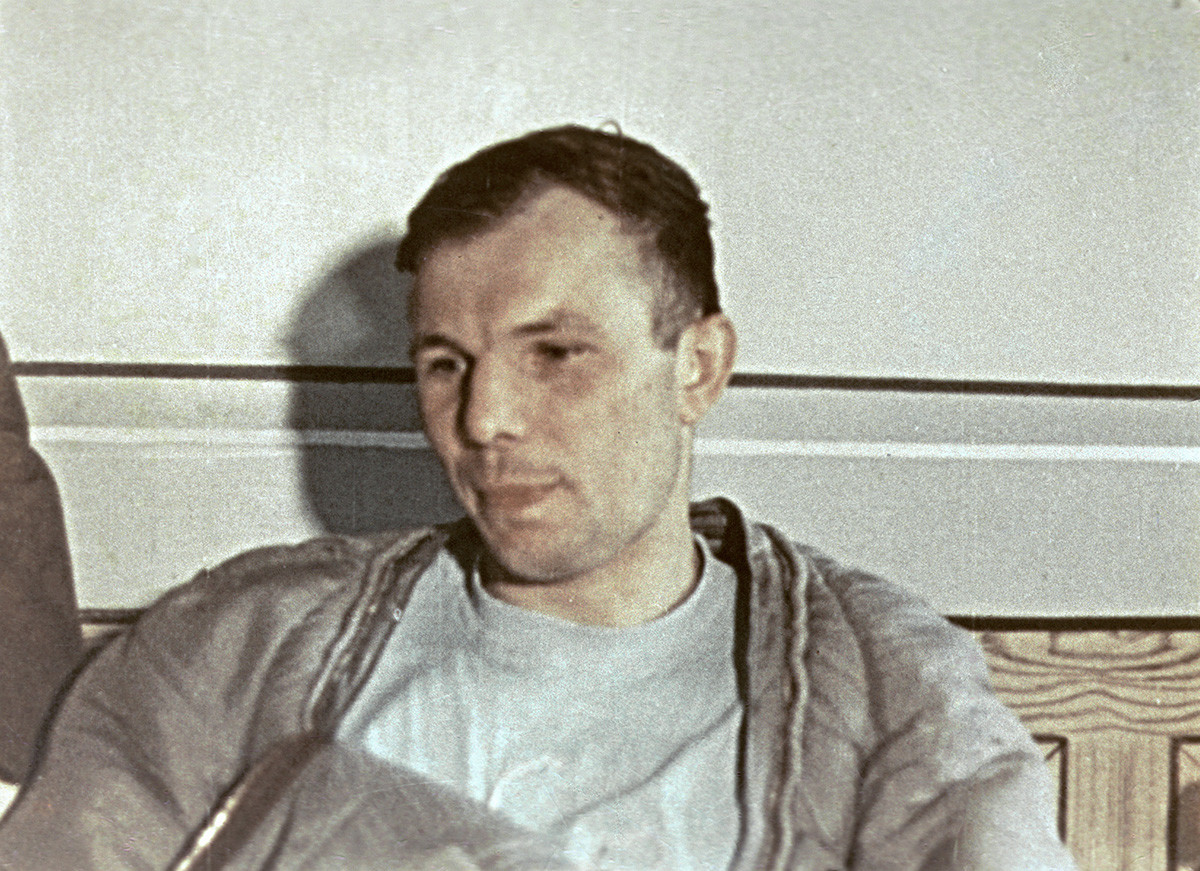 10. Two days after the flight, Yuriy Gagarin was invited to the Kremlin by Nikita Khruschev. During the welcome celebrations, the Soviet leader asked the cosmonaut if he’d met God while up in space. “I did,” Gagarin replied. To which Khrushchev responded: “I’m begging you, just don’t tell anyone about it.” Some time later, the same question came from Patriarch Aleksei I, to which Gagarin responded: “No, Father, sadly, not.” The Patriarch then said: “I ask of you, Yura, please, don’t tell anyone.” 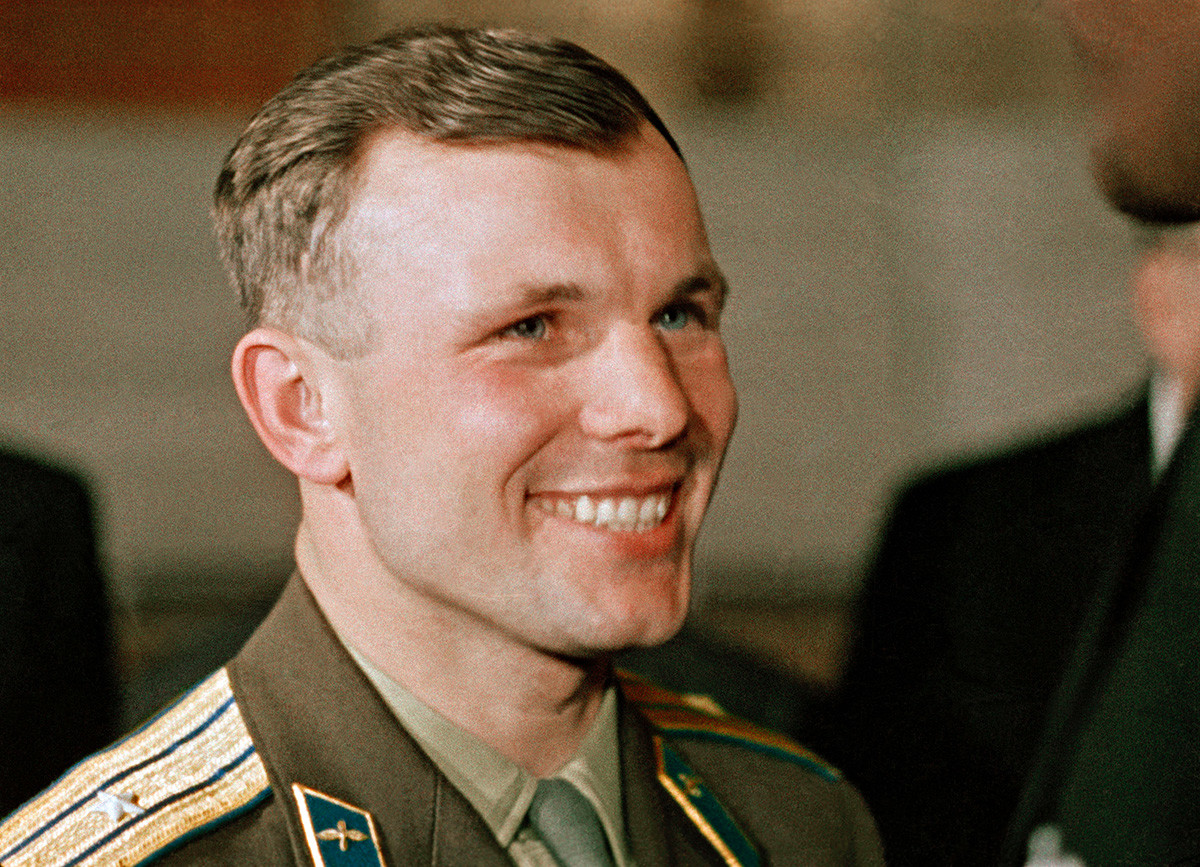