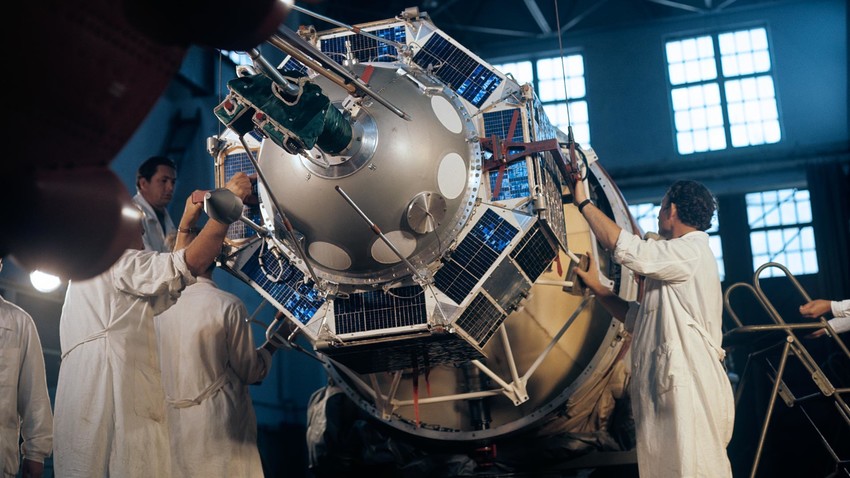 Leo Polikashin/Sputnik
Everyone knows that the Russians were the first in space — the first to send an artificial satellite, an animal, and a human (both man and woman) into orbit. But these are only the icing on the cosmic cake. Anyone remember, for instance, the Soviets’ successful mission to Venus?

1. First flyby of the Moon 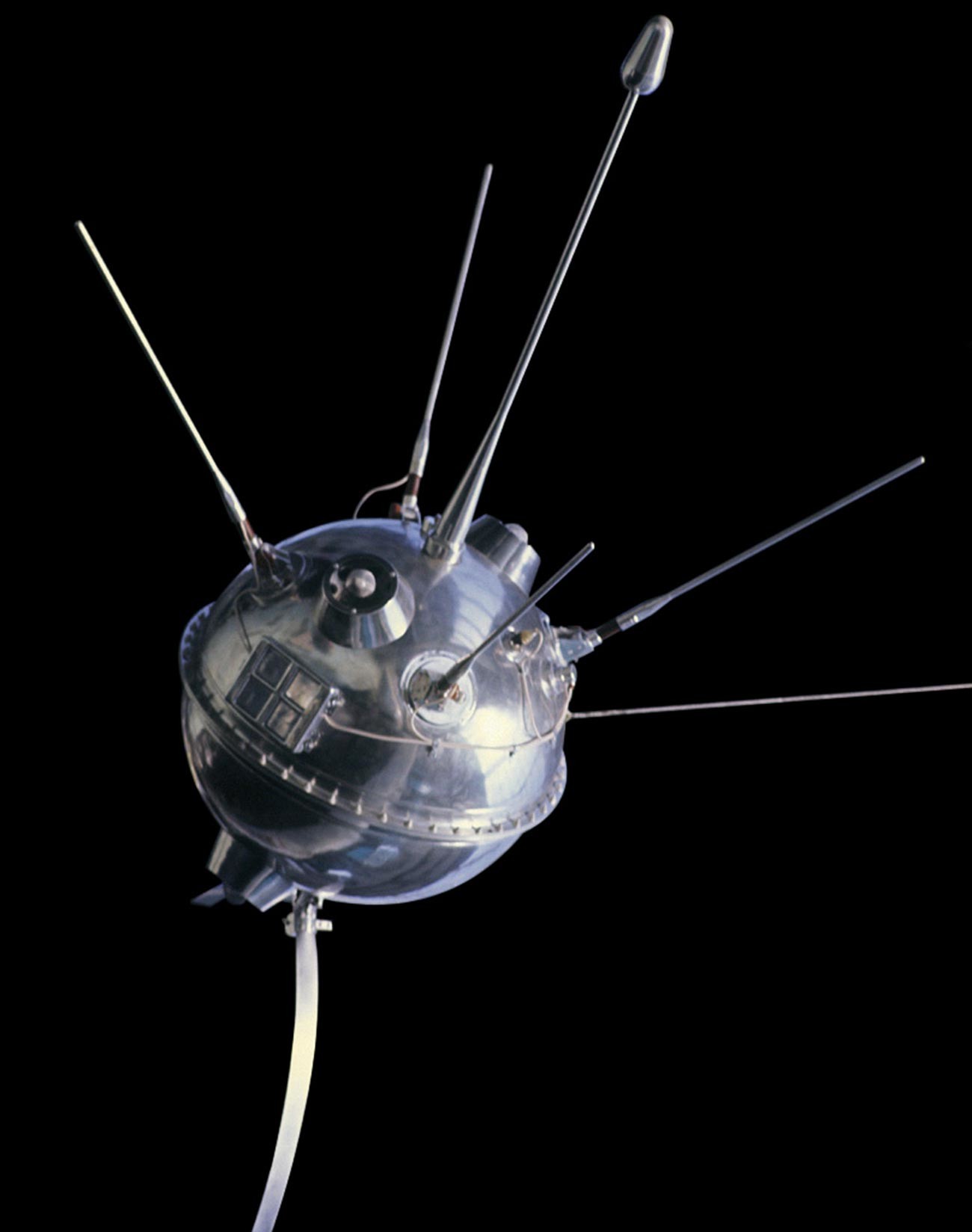 The Soviets were the first to “buzz” the Moon, although the original plan involved something even more spectacular. The 1.5-ton Luna-1 probe was intended to crash into the Moon, but missed due to an error in the calculations (which failed to take account of the signal transit time from mission control to the probe).

Nevertheless, Luna-1, which was launched in strictest secret, became the first spacecraft in the world to escape Earth’s gravitational field, fly within 6,000 km of the lunar surface, and enter solar orbit. That was January 1959, just two years after Sputnik and two years before Gagarin.

2. First photo of the far side of the Moon 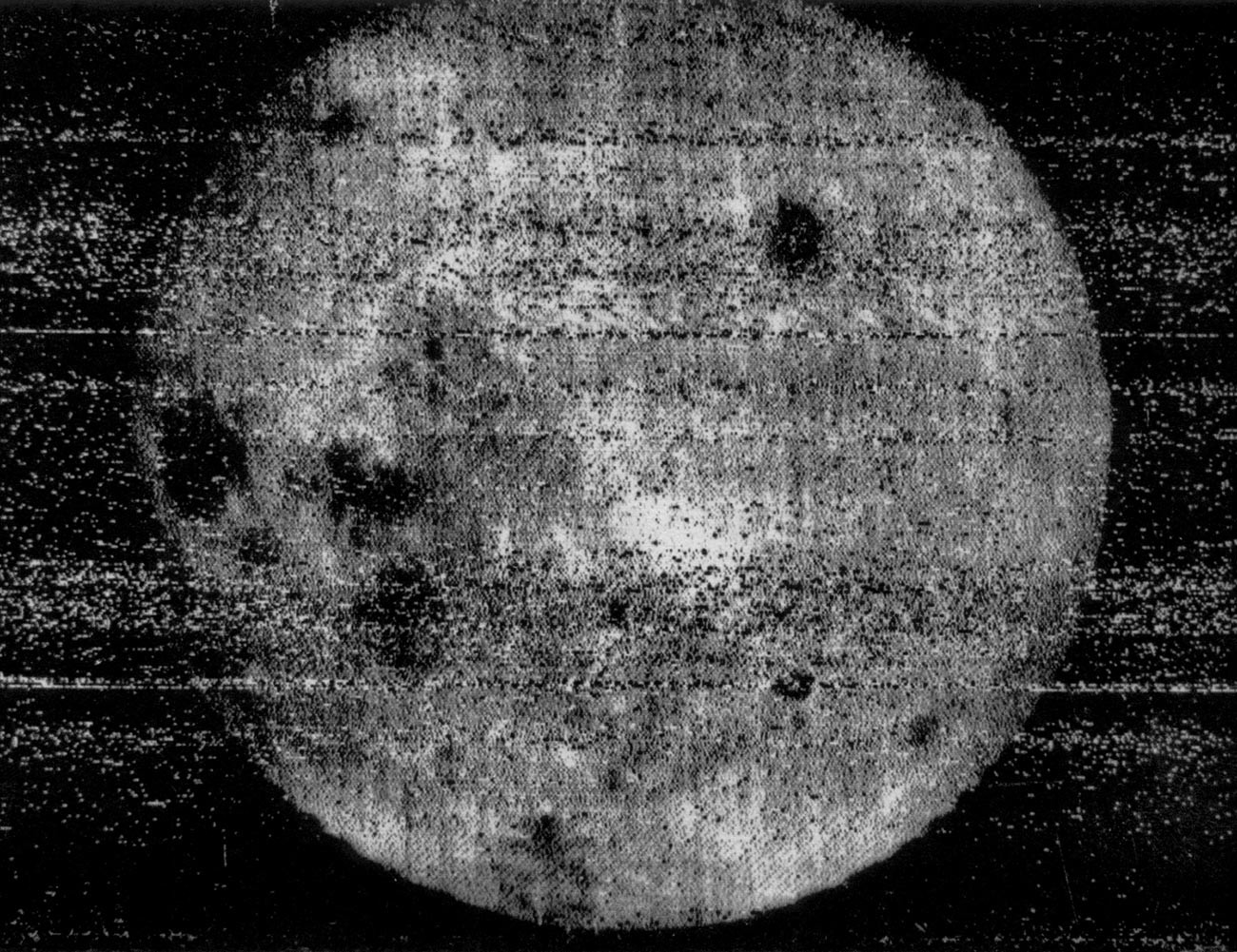 First photo of the far side of the Moon

To catch a glimpse of the dark side of the Moon was a particular challenge in the space race. The first to try were the Americans in 1958, but none of the probe-carrying launch vehicles managed to enter the calculated trajectory. Aware of these attempts, the Soviet Union resolved to beat the United States with the latter’s unintended help — in the form of photographic film.

The fact is that the Soviets lacked film suitable for photographing the Moon. But in the late 1950s, some US surveillance balloons with cameras were shot down over Soviet territory. The film was removed from the cameras and sent to the Military Space Academy for storage. Then someone remembered about it.

The Luna-3 spacecraft with on-board camera was launched in October 1959. Three days later, the probe took 40 photographs and transmitted them to Earth via a TV channel. The quality was mediocre at best, but in 17 of the images it was possible to make something out.

3. First flyby of another planet 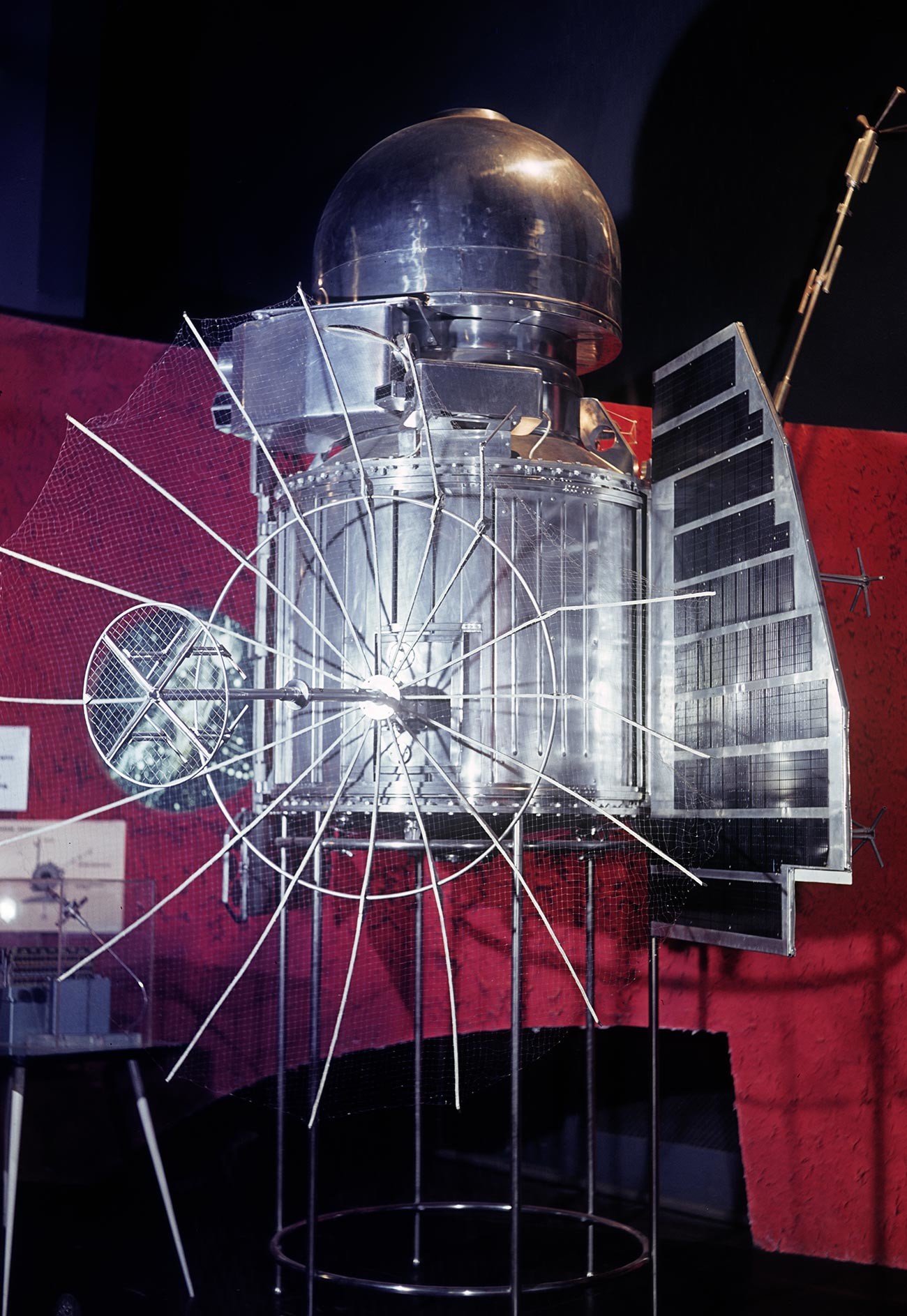 The target was Venus. As in the case of the lunar flyby, the plan was to crash-land a probe directly on the surface, since the planet was believed to be covered with water in liquid state. Venera-1 departed for its rendezvous with Venus in February 1961.

But as before, the probe missed the target. Loss of contact with mission control meant that it couldn’t correct its course, and so drifted past Venus at a distance of 100,000 km — a stone’s throw in cosmic terms. No human-made object in history had ever been so close to Venus.

The link with the probe was terminally lost at a distance of 2 million km from Earth.

4. First landing on another planet 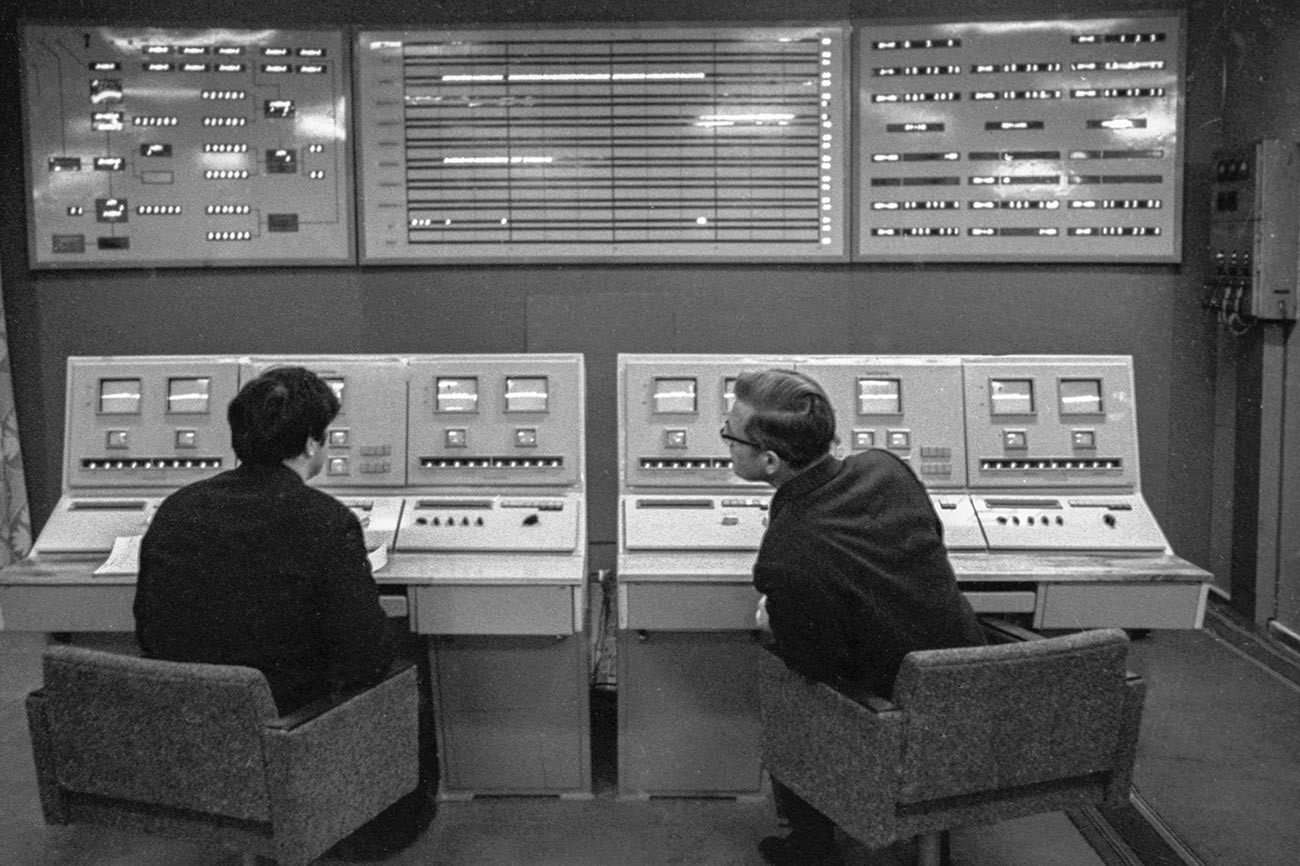 The long-suffering mission to conquer Venus, the closest planet to Earth, lasted a decade. Success finally came in 1971, when Venera-7 touched down on the Venusian surface (despite the numbering, it was in fact the 17th launch, but the Soviets preferred not to report failures).

Even Venera-7 was not a lone spacecraft. A second probe, a twin copy, was launched five days later as a backup. However, the “understudy” failed to leave Earth’s orbit due to engine failure.

The chances of something going wrong were so great that the landing of Venera-7 was something of a miracle. All the more so given that the device’s parachute failed after entering the atmosphere, and the module descended a lot faster than anticipated. The controllers initially believed that the probe had not survived the heavy impact. But later analysis of the data showed that it had continued transmitting from the surface of Venus for 23 minutes after landing.

5. First device on Mars and first photo of the red planet 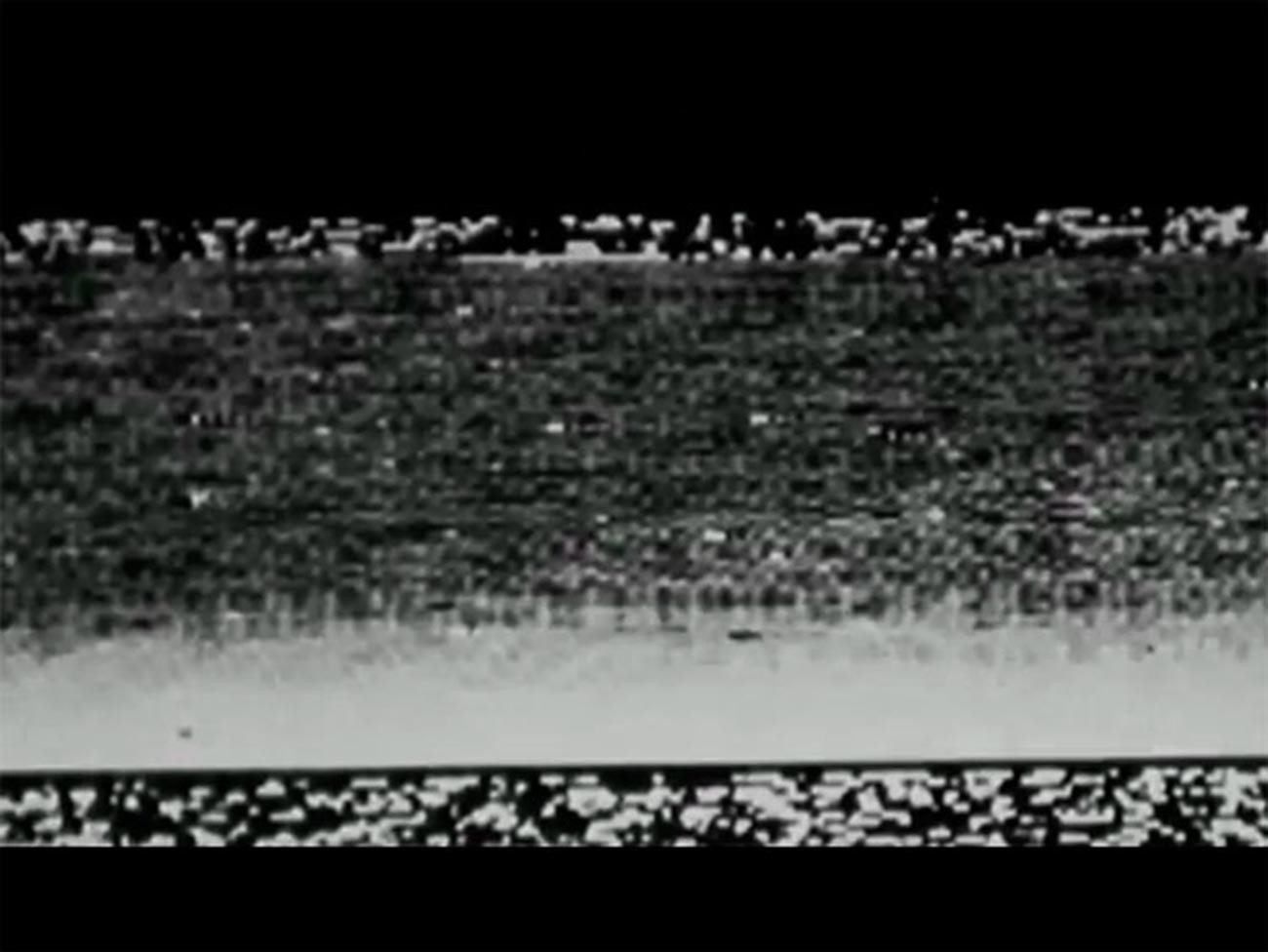 The Americans may have put Curiosity on Mars in 2012, but the Soviets got there first back in 1971 (yes, the same year as Venera-7)!

What’s more, in that momentous year for space exploration, the US Mariner 9 flew to Mars at almost exactly the same time, entering Martian orbit two weeks before the Soviet probe. However, a dust storm covering the planet hindered data collection. The Soviet Mars-3, meanwhile, went for a landing and pulled it off. Having opened its antennas, the spacecraft began transmitting. But only for 14 seconds. Then the line went permanently dead, leaving mission control scratching its head. But not before it had delivered the first ever up-close image of the surface of Mars, albeit blurred due to the raging storm.

Above all, it was a psychological victory for the USSR. No super-valuable data was transmitted and the on-board rover remained firmly attached to the landing vehicle, but it took the US until 1976 to emulate the soft landing of Mars-3.