How the King of France was thrown out of Russia… TWICE 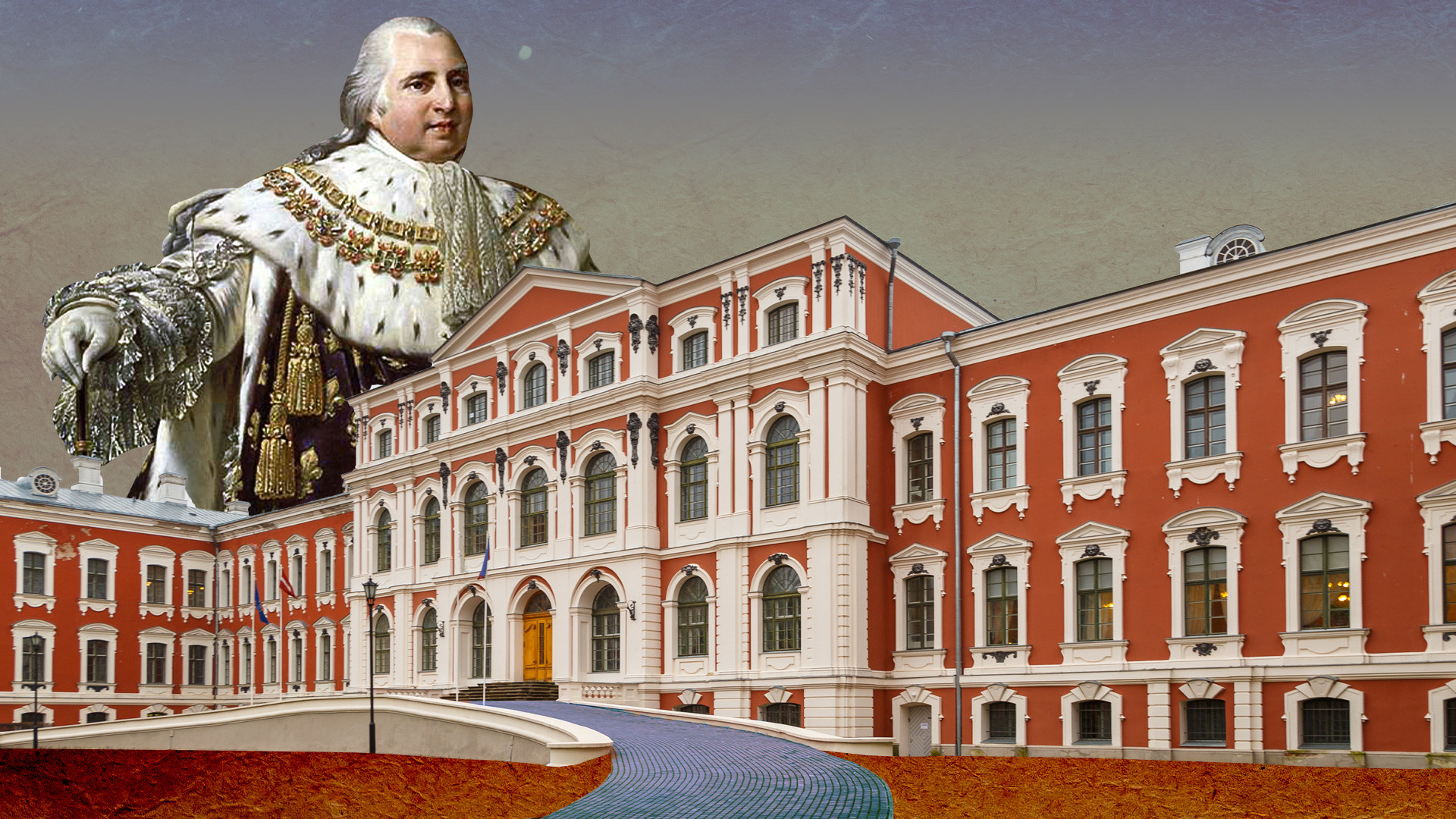 Global Look Press, Getty Images
After Louis XVIII was embarrassingly asked to leave Russia, it was not long before the exiled King was back - only to step on the same rake twice.

The French Revolution had forced a large part of the nation’s aristocracy to flee its borders, seeking refuge in friendly European royal courts. The European royal House of Bourbon numbered a few of them, along with Louis XVIII - their French king without a kingdom.

Count Louis-Stanislav Xavier (aka Louis XVIII) had proclaimed himself King of France in 1795, after Louis XVII - his 10 year-old nephew, Louis-Charles - was tortured to death in the Temple prison.

European rulers upheld Louis XVIII’s claim, but could not host him for too long. The new French First Republic hunted the Bourbons, employing both bribery and the threat of force to compel the host country’s courts to banish Louis’ family from their territories. 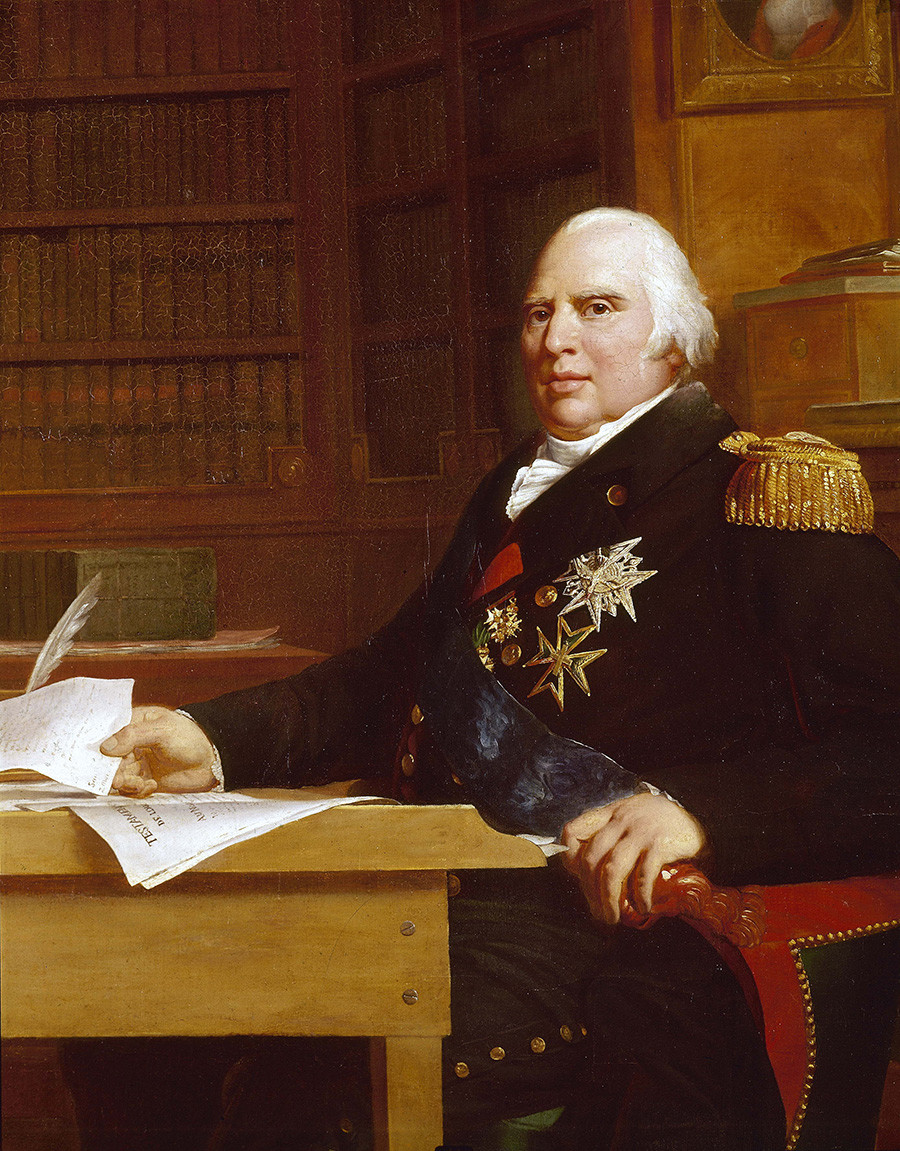 At the height of desperation, the cold and remote Russia had suddenly materialized as a new option. And the Russian autocrats would shower Louis with the kind of bountiful luxury he could only have dreamed of.

At first, Russia’s Paul I had offered that Louis take up residence in the German city of Jever, then belonging to the Russian crown. However, because the city was in dangerous proximity to French positions in the Netherlands, it was decided not to risk it.

Finally, Louis XVIII was offered a palace in Mitau (now Jelgava in Latvia), where he relocated in 1798. Paul had given him 100 soldiers for his personal guard, pulled from the ramous seven-thousand-strong army of Louis, the Prince of Conde - another Bourbon hiding out in Russia.

But the capricious Louis XVIII did not take to his new quarters, complaining that “Paul I truly took no care with such a meager welcome. The quarters for myself, the queen and the Duke of Angouleme were fashioned lavishly. Meanwhile, no one had bothered to prepare any rooms for my entourage and the members of my house. We only found naked walls in this gigantic palace… We had to buy all the basic necessities out of our own pocket.” 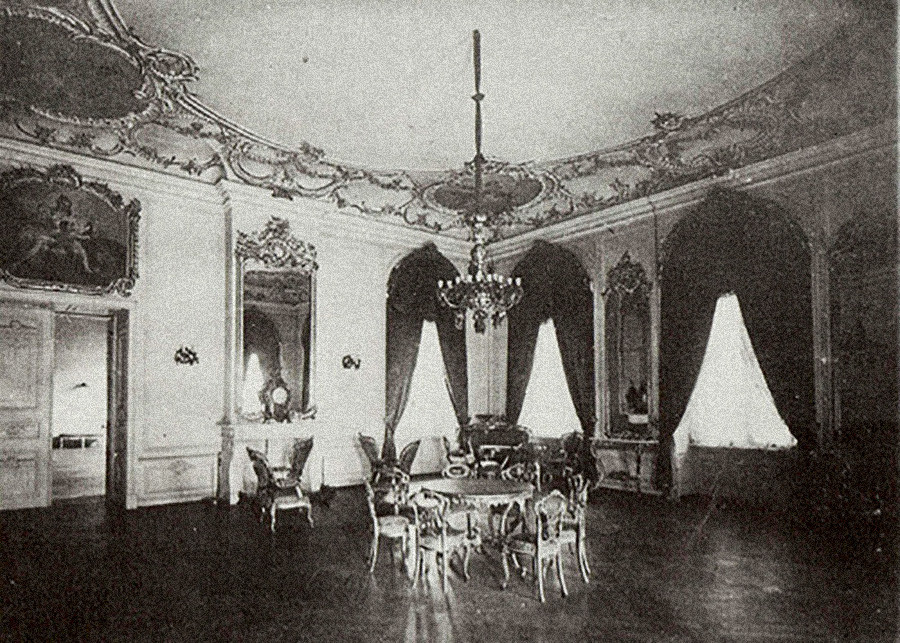 Interestingly, Louis XVIII did not get anywhere near the treatment in the other royal courts he had sought refuge at.

As a result of the exiled king’s complaining, Paul’s opinion of the French monarch had considerably soured, compared to the deep respect he had felt for him before.

But it wasn’t personal feelings that compelled Paul to renege on his offer of safe haven and a “little Versaille” for the exiled French king. It was politics.

The Russian emperor had been growing increasingly impatient with his allies in the anti-French coalition. The Austrians were the first to earn his ire, relaxing in the rear as Russian forces shed blood in battles in northern Italy and Switzerland.

However, it was Britain’s behavior that was the final straw. In September 1800, having evicted a French garrison out of Malta, the British, instead of taking the island for themselves, simply returned it to its rightful owners - the Knights of Malta. 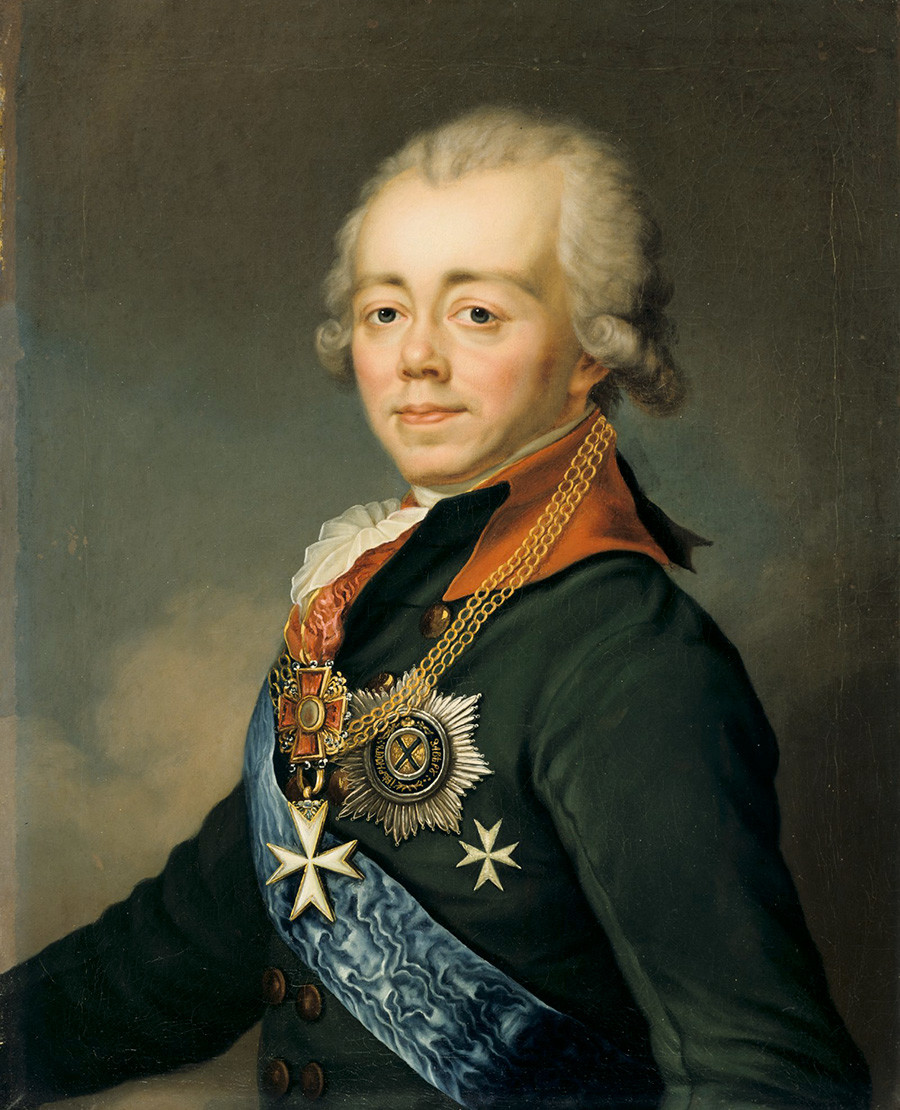 An enraged Paul, who was the Grand Master of the order, treated the move as a personal affront. This led to a massive shift in foreign policy - Russia had begun to seek a truce with France.

On the road again

Napoleon Bonaparte, now head of the Republican First Consulate, possessed great political foresight, having quickly warmed to the idea, even releasing 6,000 Russian soldiers from captivity. A period of active communication between the two rulers had begun, with plans as ambitious as snatching India away from Great Britain having been discussed. “Together with your ruler, we will change the face of the world,” Napoleon then proclaimed to Paul’s utter delight.

Given the political developments, staying in Russia was becoming an increasingly less attractive option for Louis XVIII. On January 19, 1801, he received a recommendation from the Russian emperor to leave Russian territory immediately. Louis set about writing a response, but the quill pen fell from his hands.

Denied a home and a personal guard, the French king left Mitau and headed for Russia’s western border. “I found myself in a tough predicament,” he wrote. “I had no money, and had to negotiate to get some from others, using a King’s honor as guarantee.” 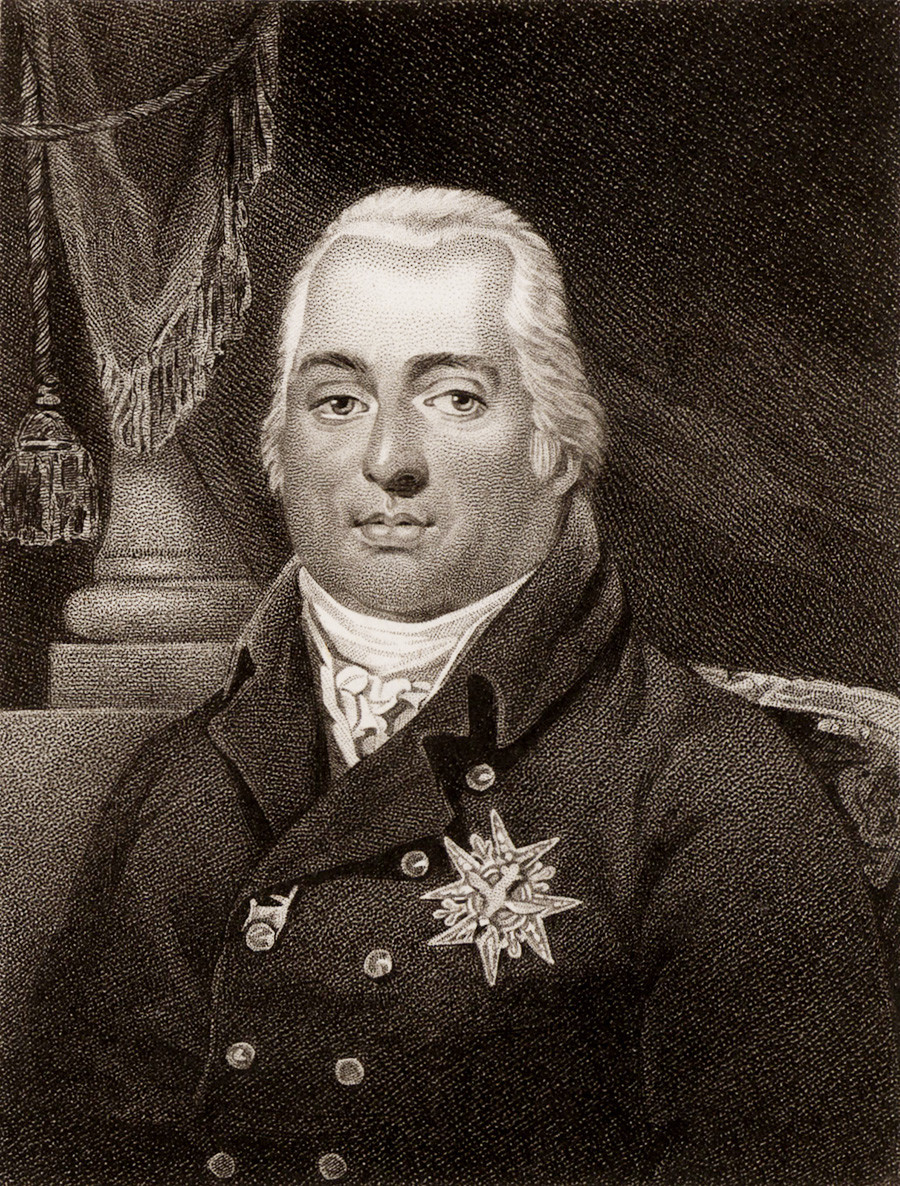 Instead of a palace, the monarch had had to sleep in roadside inns. At one point, a Russian officer flatly refused to give up his rooms, despite knowing full well that he was dealing with the King of France.

Louis learned of Paul’s murder at the hands of the Russian nobility (not without Britain’s help) while he was living in Warsaw, then Prussia. “I cannot express what emotions had befallen me in that time… I had forgotten all the injustices visited upon me by him, and could only think about the death that had come for him,” he wrote.

Having found himself on the Russian throne, Aleksandr I reversed the previous course of foreign policy, putting the country once again on an anti-French footing. Louis XVIII was again offered refuge in Russia, but could only make use of that offer in 1804, when, under Napoleon’s pressure, Prussian King Friedrich-Willhelm III, “soft and weak, as most kind people are”, was forced to ask Louis to leave Warsaw.

The Bourbons had once again moved into the ‘little Versaille’ in Russia’s Mitau. In the spring of 1807, a historical meeting took place there between Louis and Aleksandr, who had, according to the exiled king, promised that he would "never abandon him, and that there would always be a place for him both in the empire, and in friendship.” 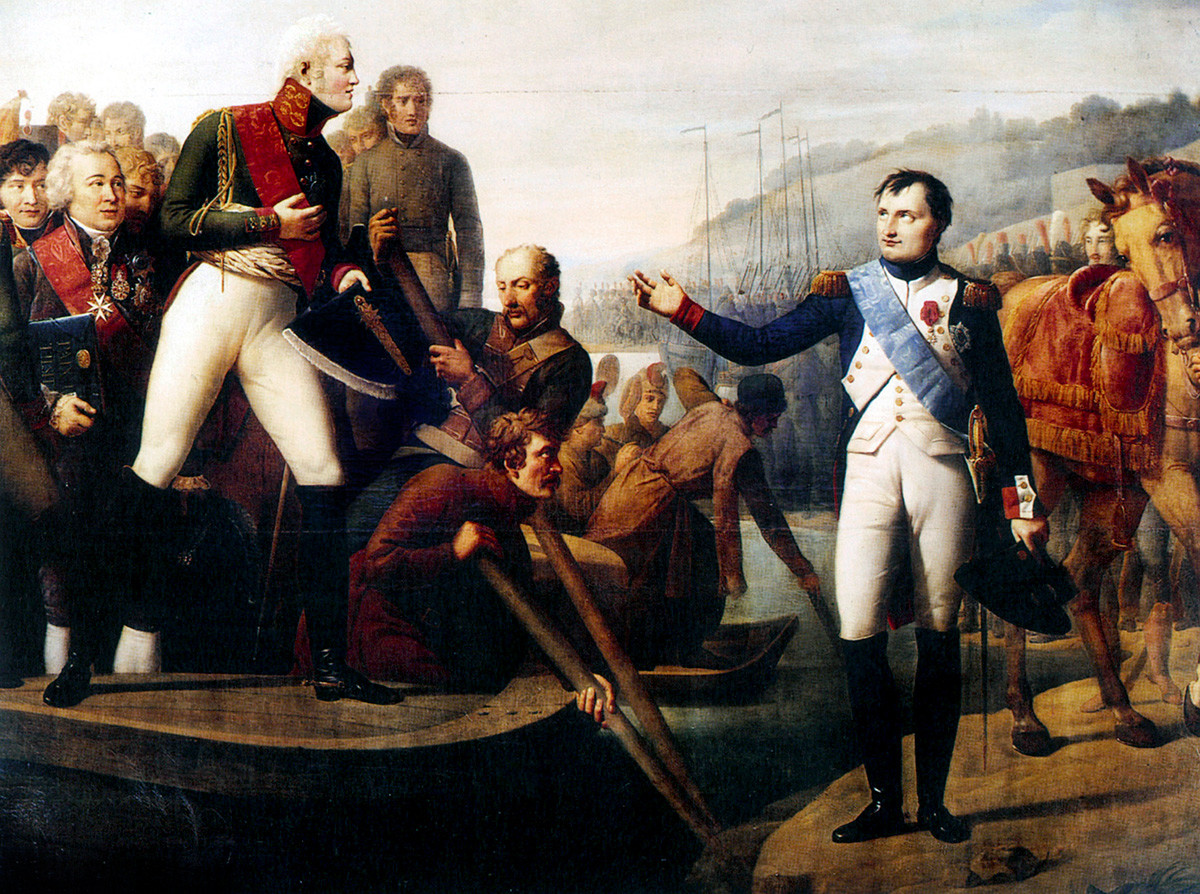 Alexandr I of Russia and French emperor Napoleon at the time of Tilzit treaty.

In reality, Aleksandr I - unlike his father, Paul I - did not hold a high opinion of the French king. After the 1807 meeting, he reportedly told his entourage that such a miserable man could never rule. And Aleksandr’s attitude toward Louis XVIII - as well as the House of Bourbon in general - remained unchanged until his death.

Louis’ hopes that his “brother” Aleksandr would crush the annoying “Corsican” and give him back the French throne collapsed together with the Fourth Coalition. The warring emperors had signed a peace treaty in Tilzit (now Sovetsk, Kaliningrad Region), and Russia had once again become allies with Napoleon.

Poor Louis was by then well versed in what could happen next, and was expecting another letter from the Russian emperor. Ambroise-Polycarpe de La Rochefoucauld, the Duke of Doudeauville, and a member of Louis’ entourage, noted that “the relationship that had developed between the two recent rivals after the peace in Tilzit had compelled the distraught Louis XVIII to once again leave Russia - this time not by request, but of his own volition.” 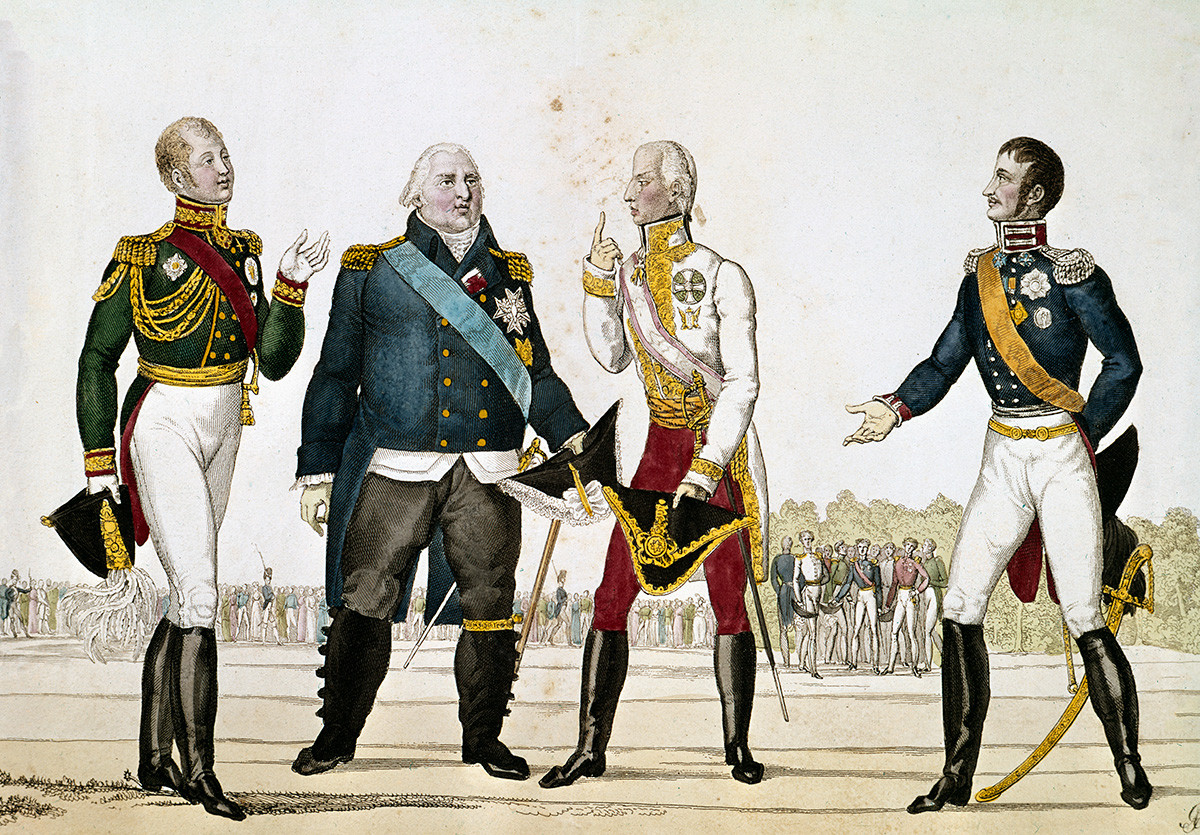 Alexander I of Russia, Louis XVIII of France, Francis I of Austria and Frederick William III of Prussia, 1815, coloured engraving.

The wandering king headed for Sweden, and then England, where he lived until his power was restored in 1814. Interestingly, it his Russian “friend and savior” Aleksandr, who was the only European ruler who was opposed to the return of Bourbon rule.