What happened when the Bolsheviks teamed up with their sworn enemies? 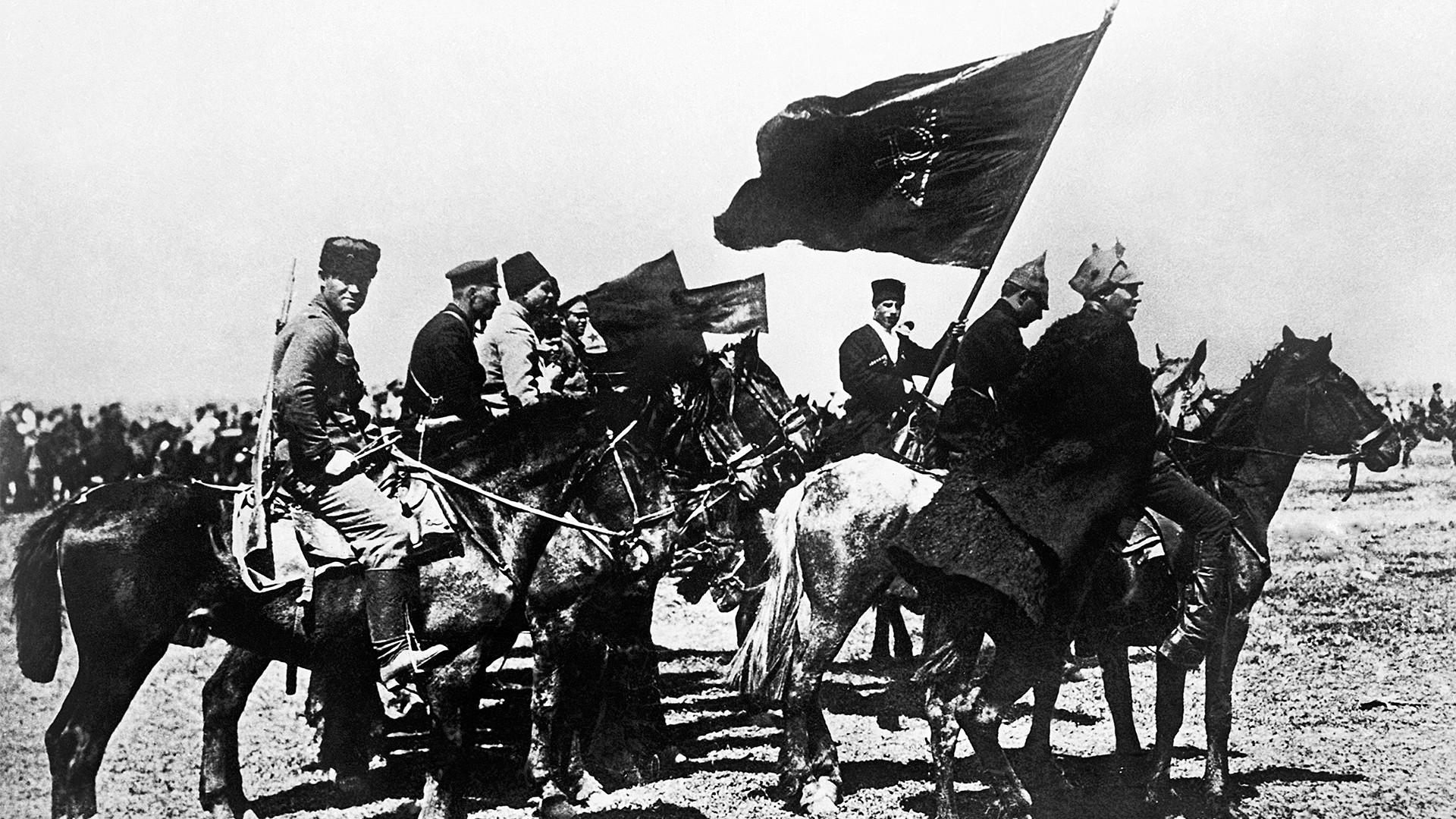 TASS
Forced to cooperate in China, the mutually loathing Reds and Whites became not just allies, but even friends.

When the Bolshevik revolution split Russian society in October 1917, the country plunged into one of the bloodiest conflicts in its history. The Russian Civil War between the Reds and the Whites — supporters and opponents of the new government, respectively — claimed the lives of more than 10 million people.

Nor did the mutual antipathy between the warring parties end with the defeat of the White movement. Throughout the world, White émigrés set up anti-communist organizations and willingly fought against the USSR in the Spanish Civil War, the Winter War, and even Hitler’s eastward campaign.

The Soviet intelligence services likewise did not sit idle. They kept a very close eye on the White émigré communities, and their leaders and most active members were caught and eliminated. 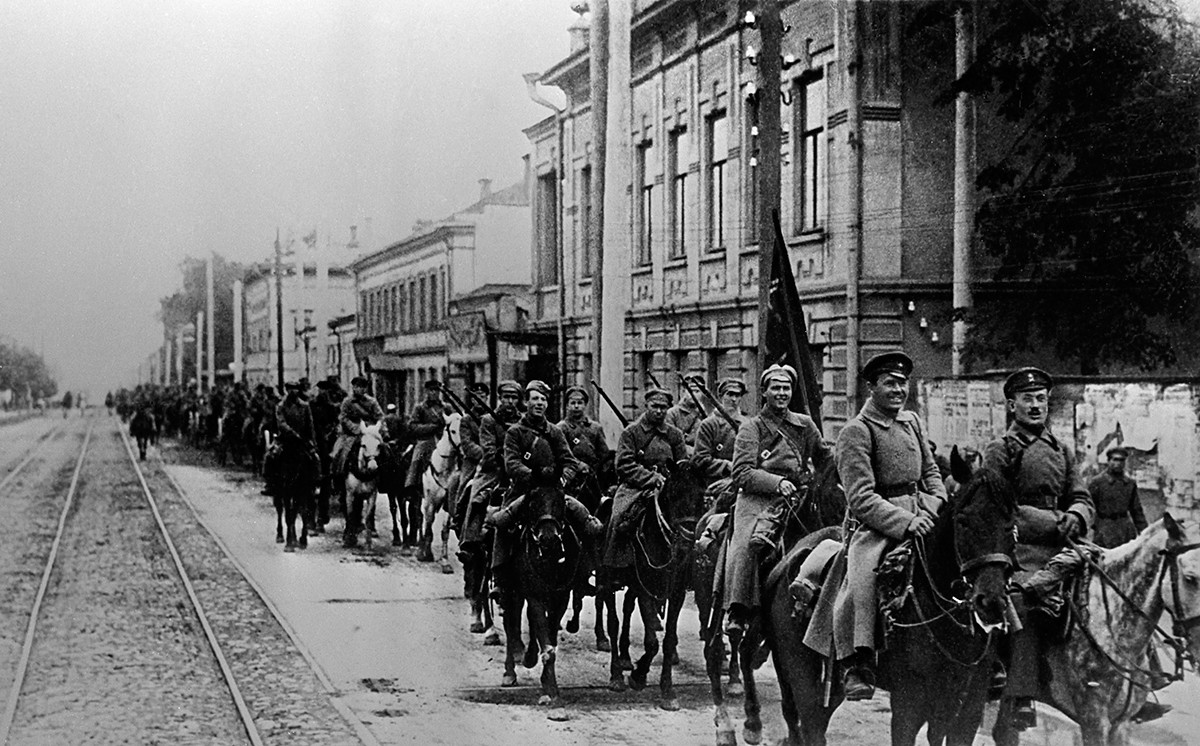 Nevertheless, there was one occasion when these irreconcilable enemies not only found a common language, but became allies and even friends. It all happened in distant China.

When the White movement was finally defeated in Siberia and the Russian Far East in the early 1920s, tens of thousands of soldiers and officers, together with their families, fled across the border with China, where they made their new home. However, they had just jumped from the metaphorical frying pan into a literal fire.

The 1910s were a decade of turmoil not only for Europe and Russia. Having undergone a revolution in 1911, since 1916 China had been embroiled in the so-called “era of militarists”: the country was divided between military-political cliques constantly at each other’s throats. 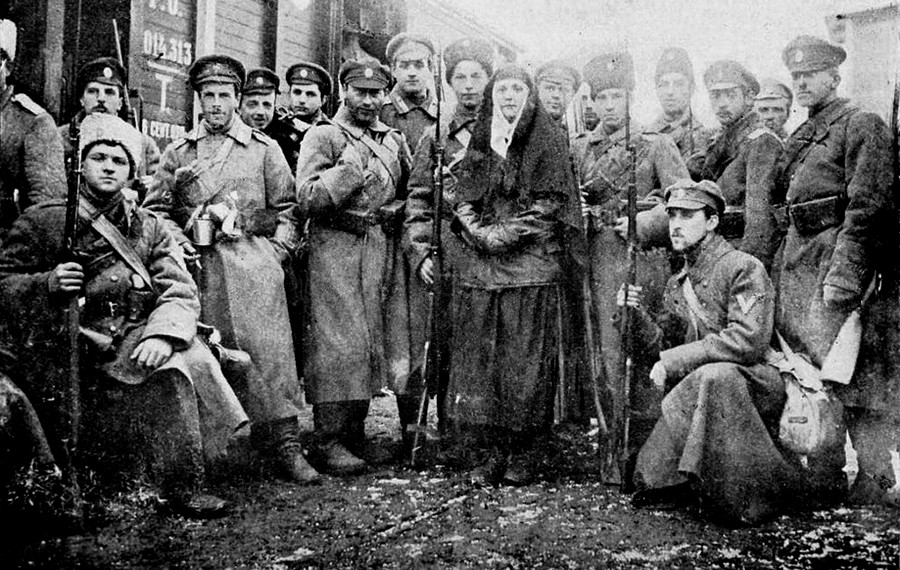 Soldiers of the White Army.

For the warring parties, the White officers were a gift. Unlike the poorly trained Chinese soldiers, the Russians were skilled, highly experienced combatants. They effectively became the elite guard in the armies of the various Chinese warlords.

As the head of Soviet military intelligence, Yan Berzin, noted, “thanks to their training and discipline, they were capable of inflicting a blow many times superior to the enemy’s forces.”

Towards the end of the 1920s, the Kuomintang party, led by Chiang Kai-shek, managed somehow to unite the country under its leadership, having obtained recognition from the warlords. However, the Nanjing-based government was too weak to exercise control over the ruling elites in remote provinces. 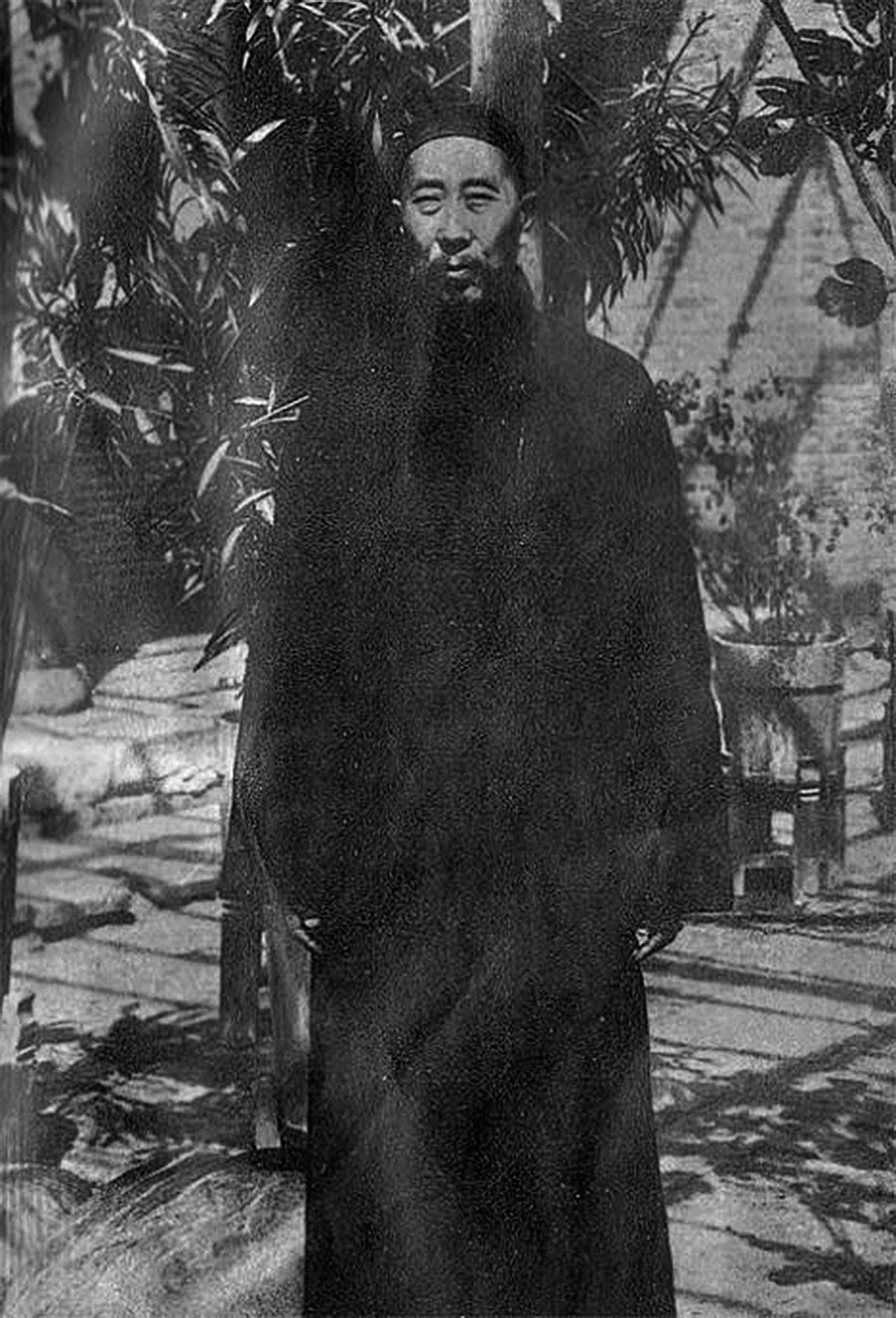 As such, when in 1931 the forced Sinicization and short-sighted financial policies of Xinjiang governor Jin Shuren led to a massive uprising of Muslim Uighurs, Nanjing was powerless to act. Chiang Kai-shek even lent his support to the uprising on learning that Shuren had turned to his Soviet neighbour for military assistance. The 36th Cavalry Division of the National Revolutionary Army, commanded by Ma Zhongying, who had been promised the post of governor after the overthrow of Shuren, was dispatched to the province.

As elsewhere in China, it was the Russian military that saved the day in Xinjiang. Heeding the call of the desperate governor, whose troops had been routed, they formed four regiments. Despite lacking the strength to quell the uprising, the Russians nonetheless rescued the Shuren regime from imminent collapse.

The Soviet Union, interested in keeping Xinjiang weak, was keen to prevent the Kuomintang from gaining ground in the region. Moscow responded positively to the provincial government’s request for military aid, and even financed the White Guard units, although it refrained from direct intervention. 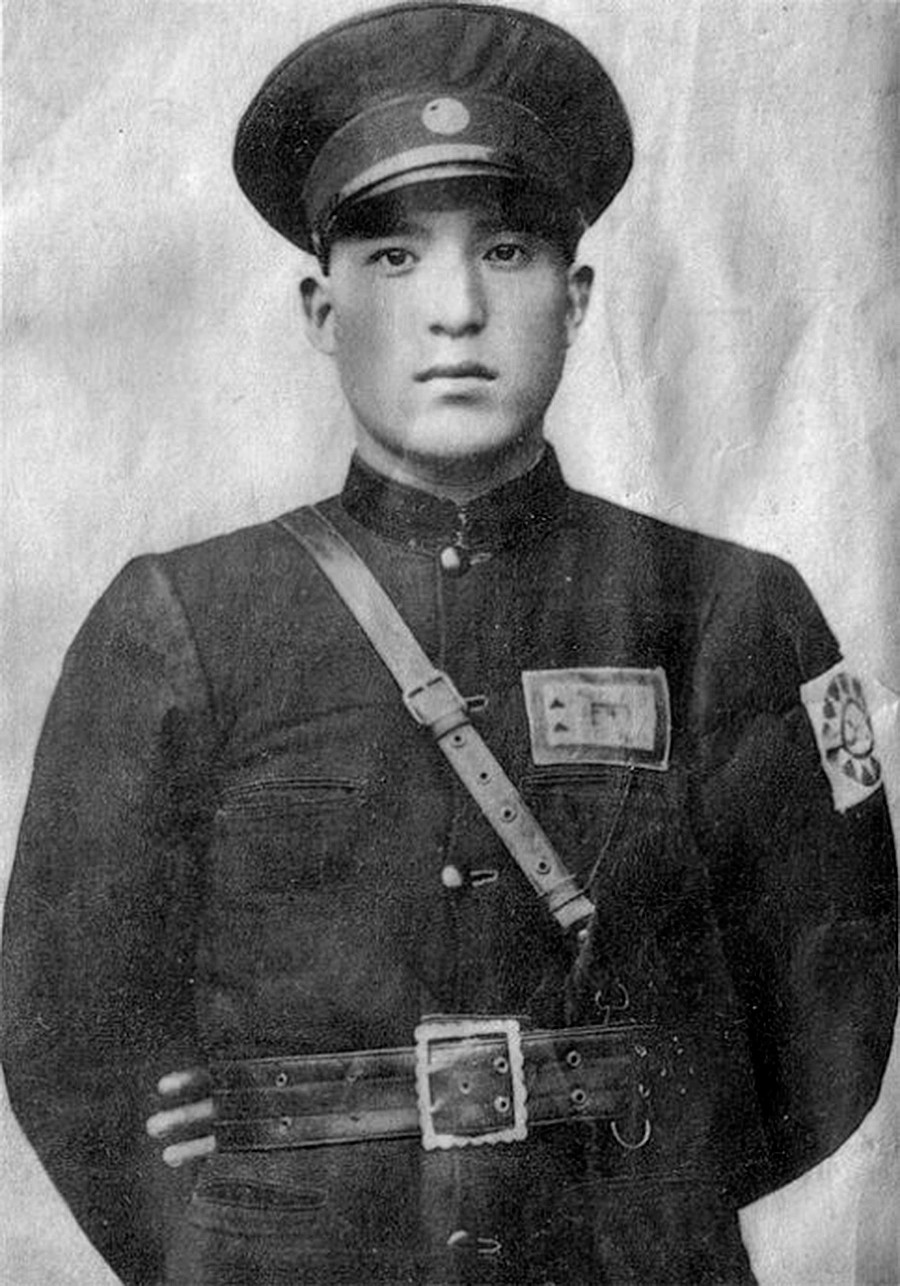 The further the rebels and the 36th Cavalry Division advanced through Xinjiang, the more local Muslims joined their ranks. Besides the Uighurs, the Kyrgyz, Dungans, Kazakhs, Dzungars, and other nationalities fought against the Chinese government. By mid-1932, around 70% of the Muslim population of the region had taken up arms, which culminated in an albeit unsuccessful attempt in winter that year to seize the regional capital, Urumqi.

Because the rebels had cut off the main road from the USSR to Xinjiang, used to supply Shuren’s army, it was only a matter of time before his regime fell. On April 12, 1933, with the help of White Guard troops, the opportunistic General Sheng Shicai overthrew the hapless governor and, having taken his place, devoted all his energy to securing direct military intervention from Moscow, for which he even flew several times to the Soviet capital in person.

In the end, Shicai’s efforts were rewarded, and in November 1933 the so-called Altai volunteer army entered Xinjiang. So as to conceal Moscow’s direct involvement, the Soviet soldiers were dressed in White Guard uniforms, although out of habit they continued to address their commanders as “comrade” instead of “sir.” 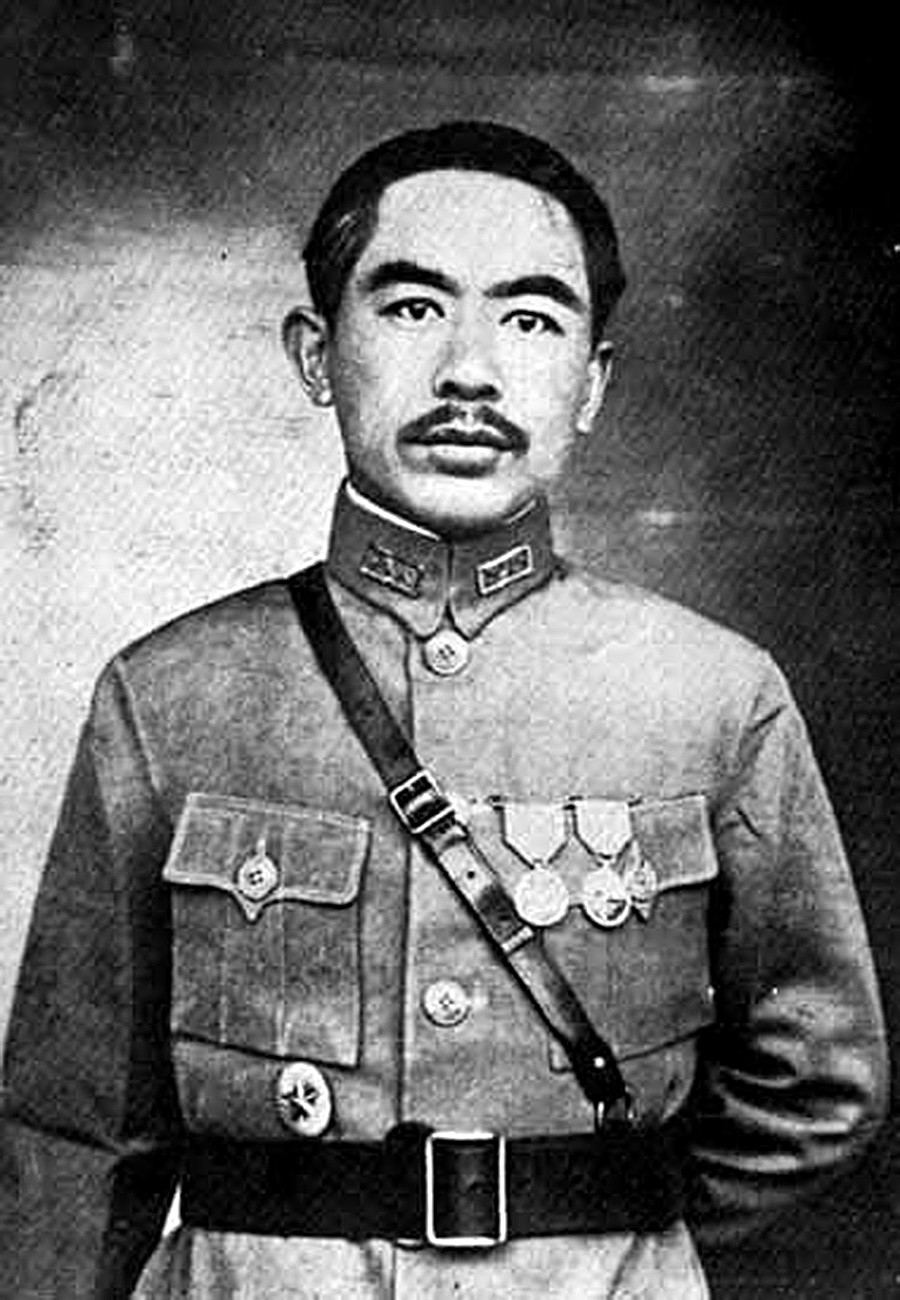 The Red Army unit’s first task was to regain control of the main road in and out of the USSR, which it did by capturing the border town of Chuguchak. In doing so, they collaborated with the White Guard 2nd Cossack Regiment — the first joint operation of the two implacable foes during the campaign.

Next, the Red-White troops were ordered to push Ma Zhongying’s forces out of the capital, which was again successful. The uprising was finally crushed in February 1934. To prevent a reoccurrence of the chaos, Sheng Shicai granted the Uighurs equal rights with the Chinese.

At the end of April 1934, the bulk of the Soviet troops left Xinjiang, although military advisers and a cavalry regiment more than 1,000-strong, plus artillery and armored vehicles, remained in Urumqi. In addition, the White Guard regiments stationed there were reduced from four to one. 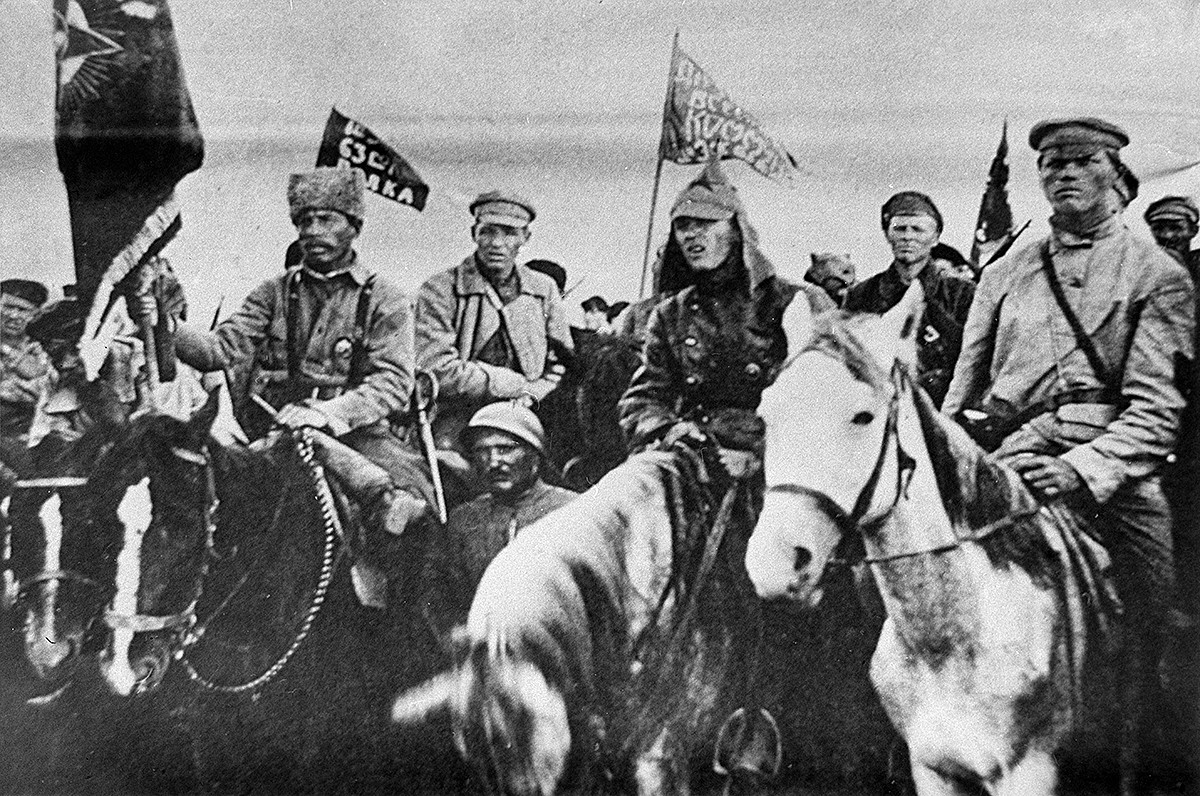 It turned out that the erstwhile adversaries could not only fight together, but also coexist in peace. A Soviet report sent from the provincial capital to Moscow on March 26, 1935, stated: “The Red and White groups live not only peacefully, but amicably... the émigrés do not have their former hatred of the Reds.”

The Soviet Union consolidated its position in Xinjiang, supplying arms to the region, training the local army, establishing trade relations, and expanding its spy networks. This fact did not bother the local Whites. On the contrary, they themselves initiated contact with the Soviet intelligence services, and many thousands took the opportunity to return home and start anew.

Shen Shicai remained a loyal friend of the Soviet Union up until the start of Operation Barbarossa, when he decided to exploit his ally’s predicament to loosen its control. Stalin did not forget this, so when in 1944 the Kuomintang retook the province and overthrew the fickle governor, Moscow sat back and watched.