Why every Soviet kid dreamed of a car like this 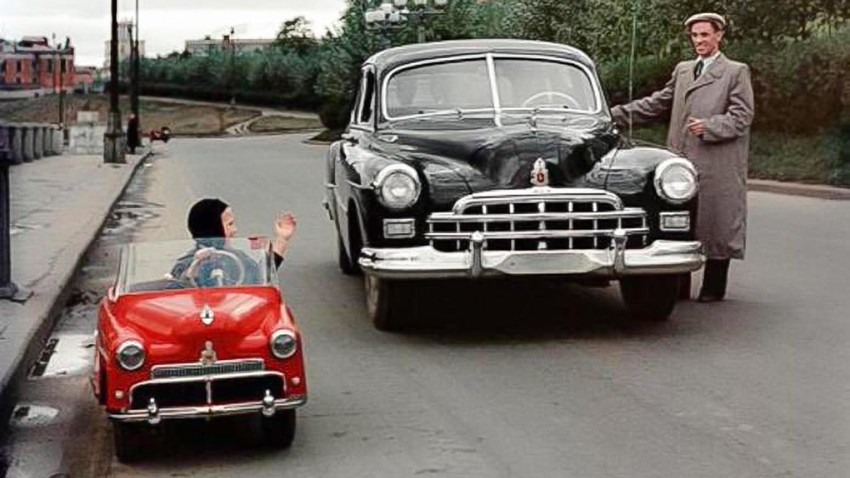 I. Udovichenk /МАММ/MDF/russiainphoto.ru
Children in the USSR did not have a great variety of toys, but the lucky few were fortunate enough to possess small replicas of real cars.

A pedal car was a true miracle, a luxury item that every Soviet child coveted. In the USSR, there were dozens of models of pedal cars - Moskvich, Raketa, Pobeda, Raduga. Some of them were small replicas of real cars. All of them were made in the best traditions of Soviet design: with meticulous attention to, and love for, detail. In addition, all of them were solidly built, in true Soviet style. The downside was that these pedal cars were available to very few children.

Sergey grew up in Moscow in the 1960s. He recalls that back then he could not even dream of a car like that. Firstly, they were expensive, and secondly, they only ever came on sale at Detsky Mir, the city's main toy store, and were immediately sold out. 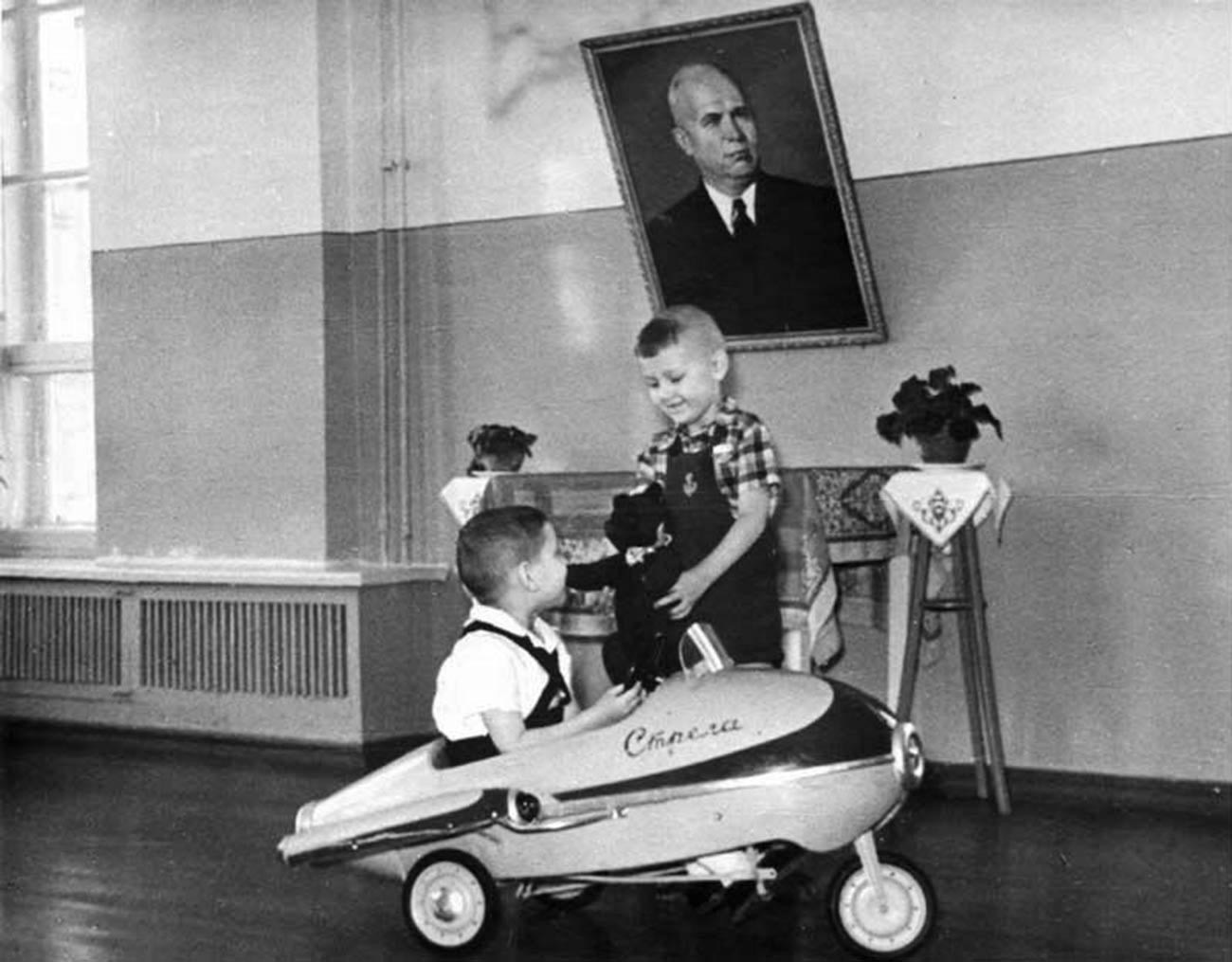 “I think in our neighborhood there was only one car like that and it belonged to the son of some 'serious' figure. I only had a tricycle, but I was over the moon to have it," Sergey told Russia Beyond. 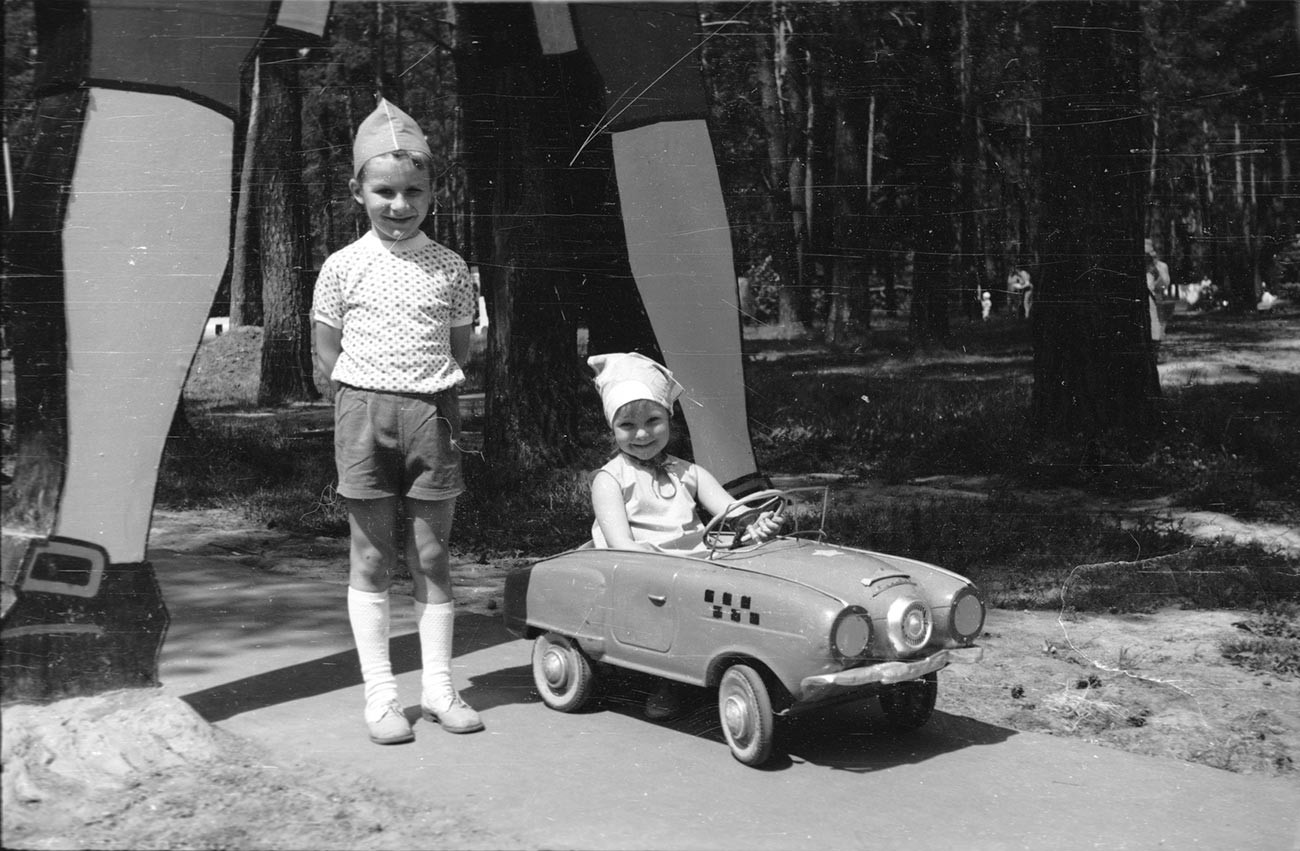 Furthermore, the majority of Soviet people lived in such small apartments that they simply did not have enough space to store a pedal car. The cult Soviet comedy Ivan Vasilievich: Back to the Future has a scene in which you can spot a pedal car stored in a stairwell, together with baby carriages. But even that option was available only to people who lived in apartment blocks that had a concierge: otherwise, a coveted item like that would simply be stolen. 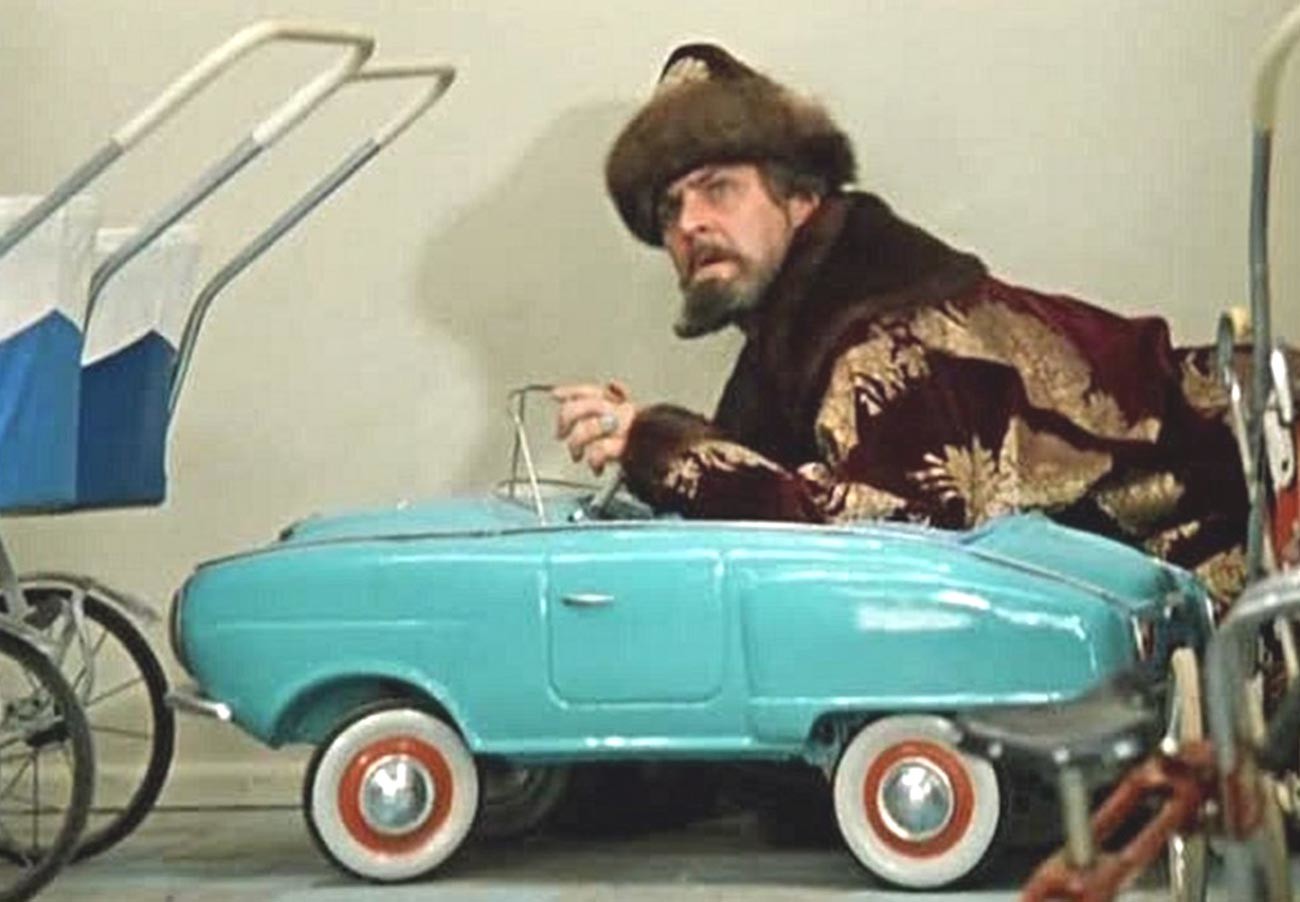 A still from ''Ivan Vasilievich: Back to the Future'

Oleg’s childhood coincided with the 1980s, a time of rampant shortages of everything, including toys. “When a car like that appeared in the neighborhood, it sparked unprecedented excitement and envy, while its happy owner became a 'friend' to everyone.” 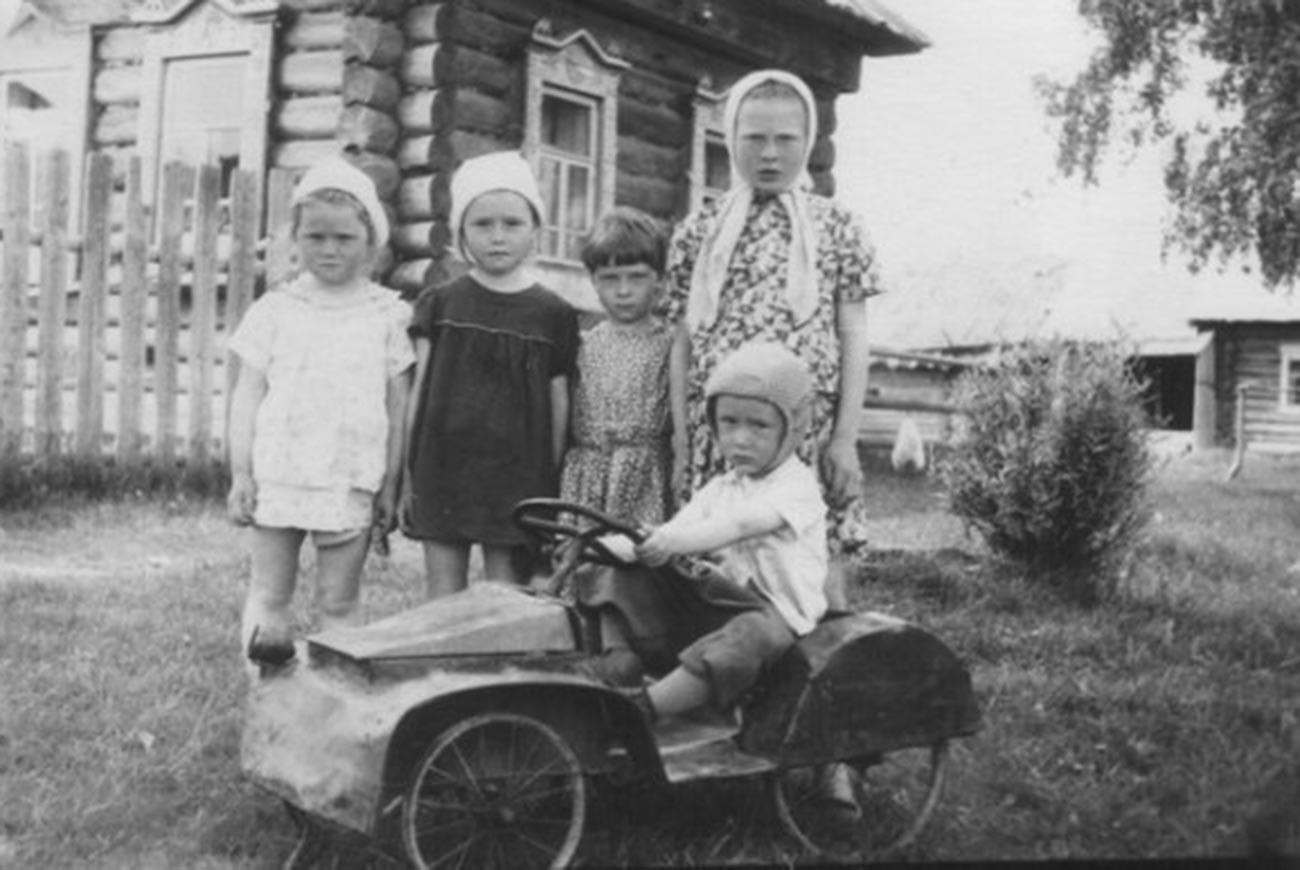 Those pedal cars, however, had a significant drawback: they were designed for children aged four to five, of a certain height and quite slim. So, unfortunately, they could serve their owner for just one summer season. 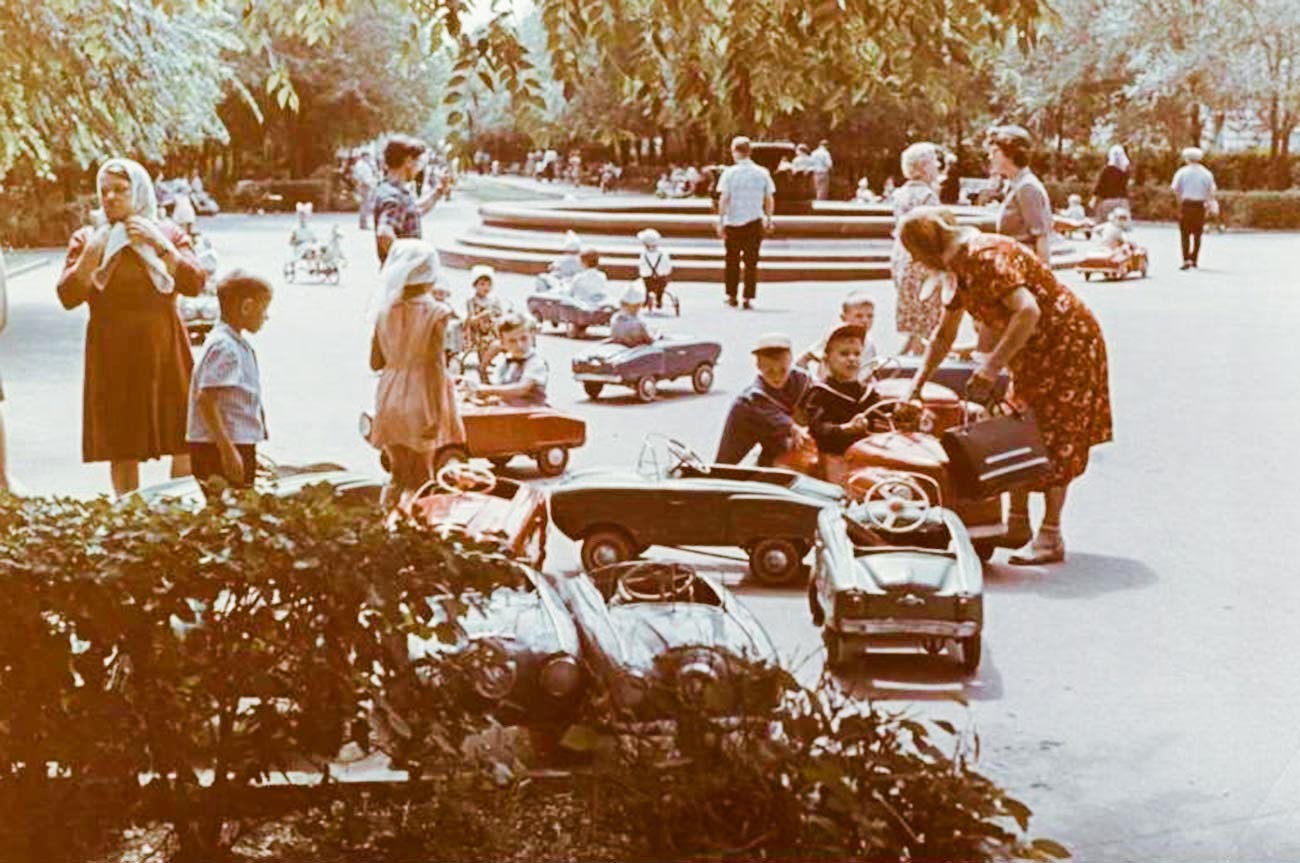 In some cities, pedal cars could be rented to do a couple of circles of a park or on the central square. That said, Soviet parents were not prone to spoiling their children, so riding a pedal car, or having an ice cream or cotton candy were special treats reserved for holidays or birthdays. 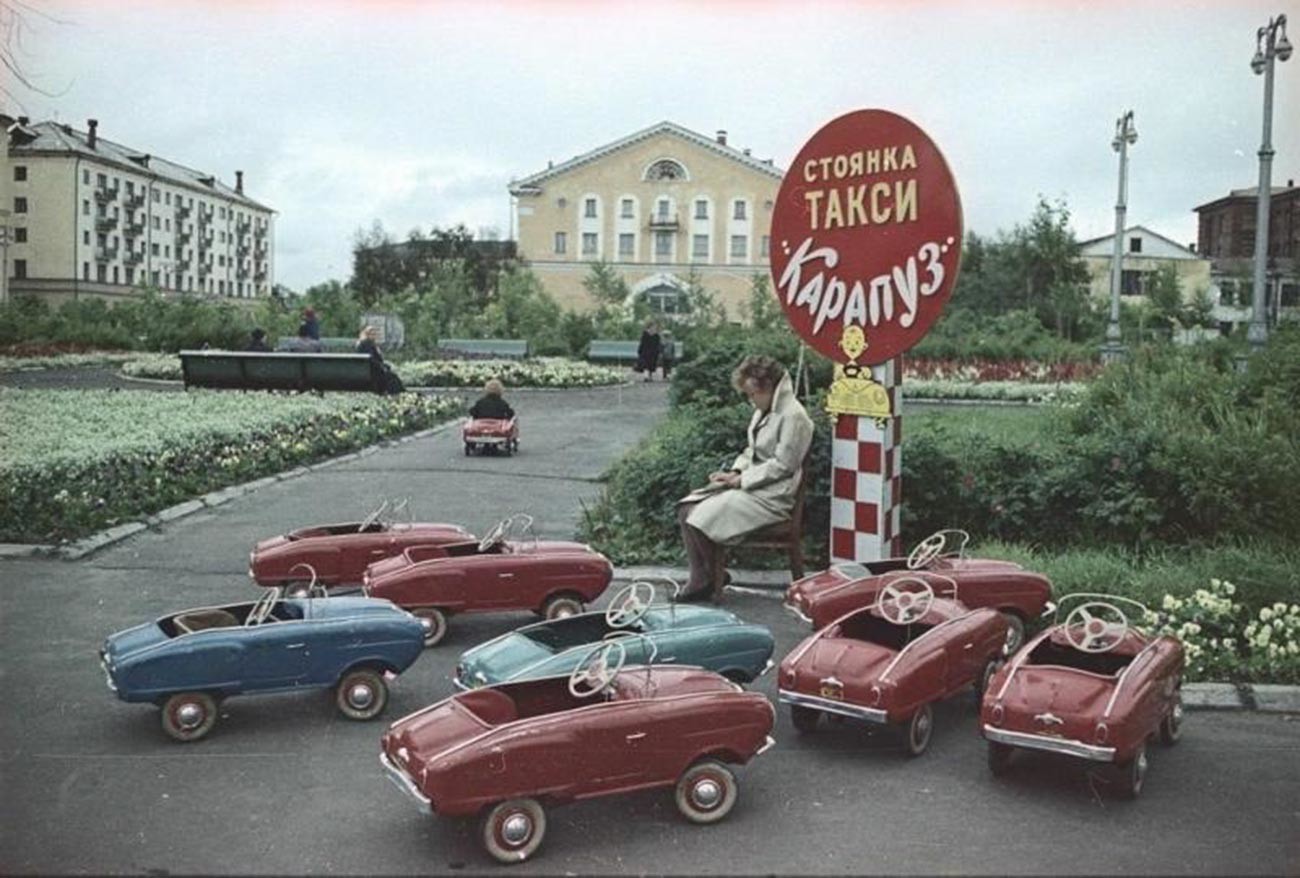 Boris grew up in the 1980s in Soviet Riga. There, shortages were not so bad, so 'obtaining' such a car was slightly easier. Boris recalls that his car weighed a lot and older children helped him carry his 'toy' home to the third floor. He simply could not have lifted it by himself. 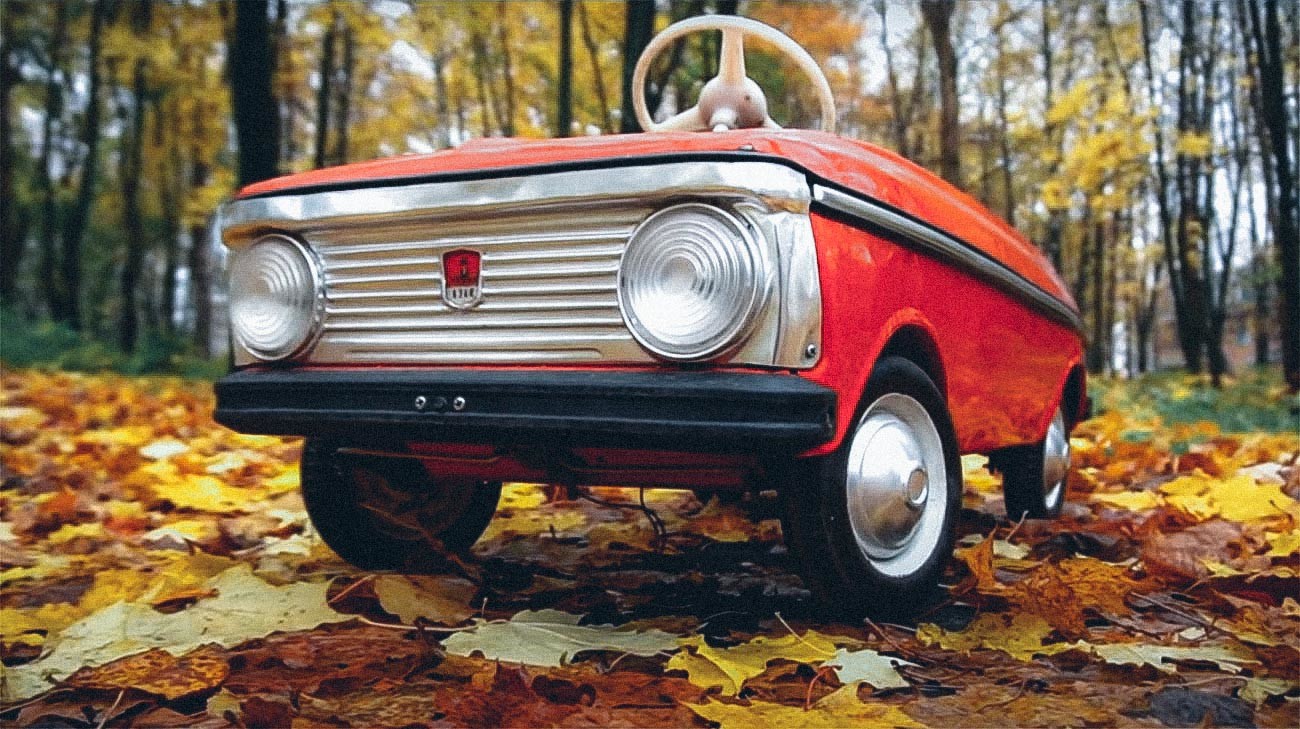 The USSR paid a lot of attention to child development, and if a child was interested in driving, he or she could easily join a motoring club. There were even competitions held among young 'racers' 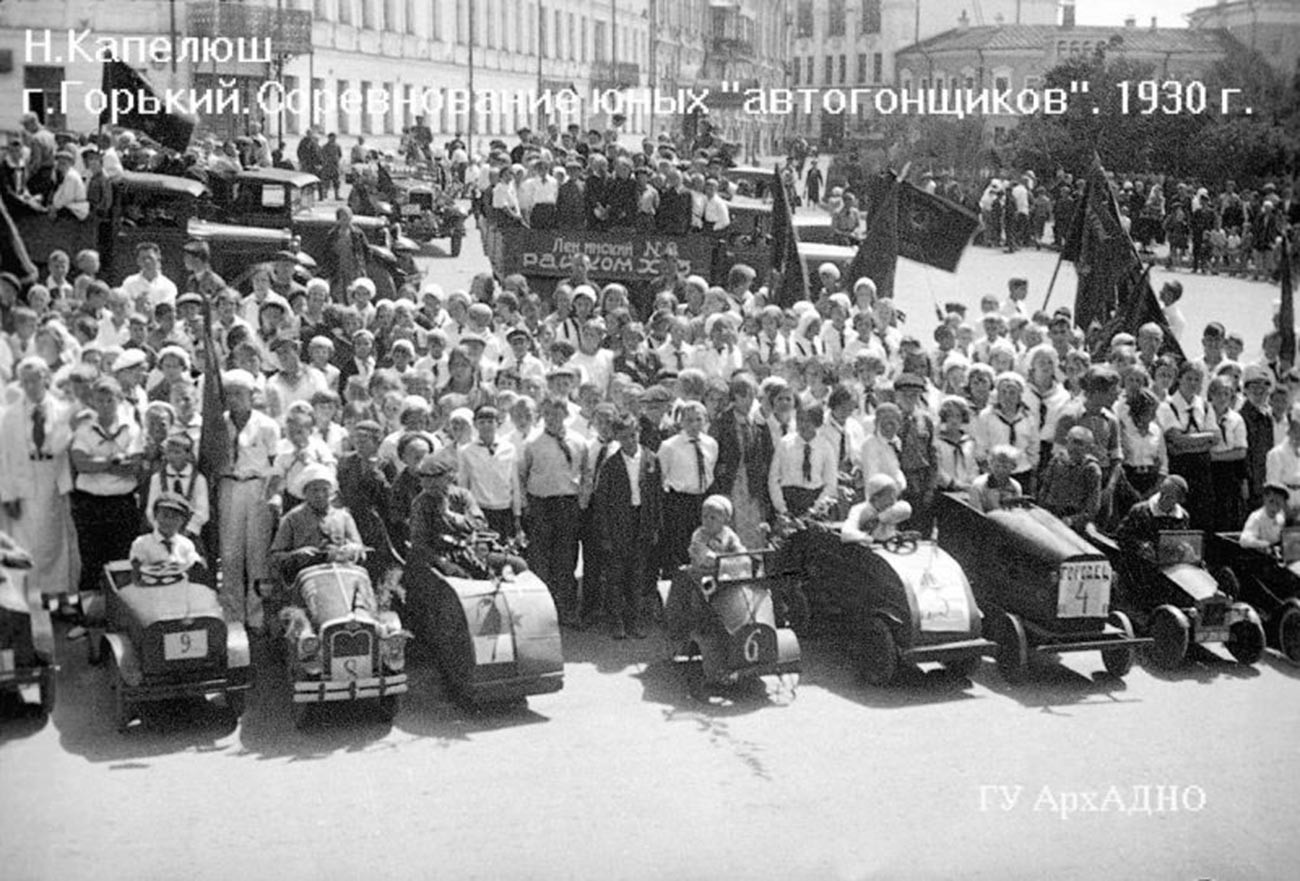 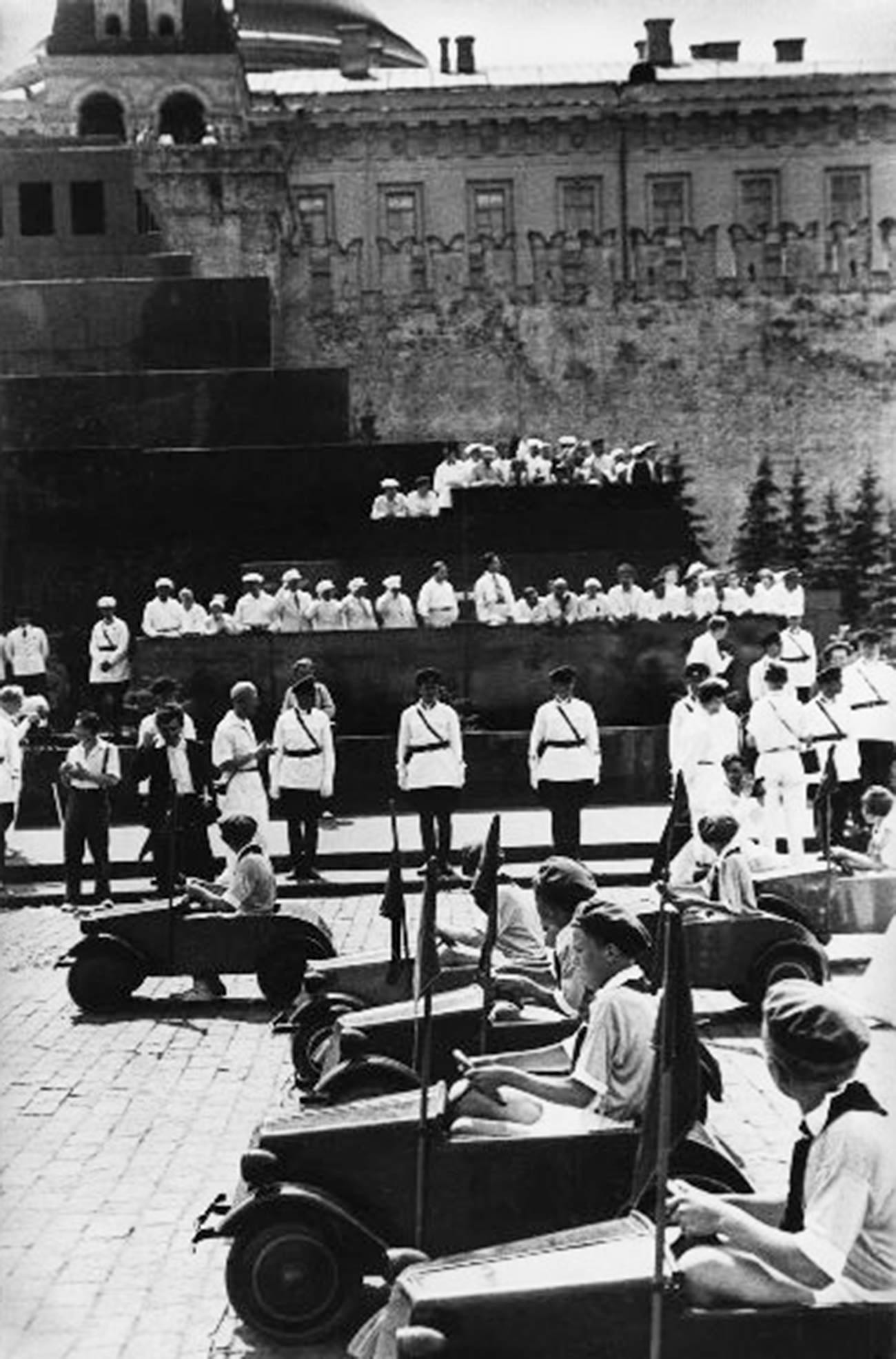 In 1966, Moscow hosted a parade and contest of amateur homemade cars and motorbikes organized by the popular magazine Youth Technology. The parade drove through the city center, and participating vehicles were then displayed in Gorky Park. 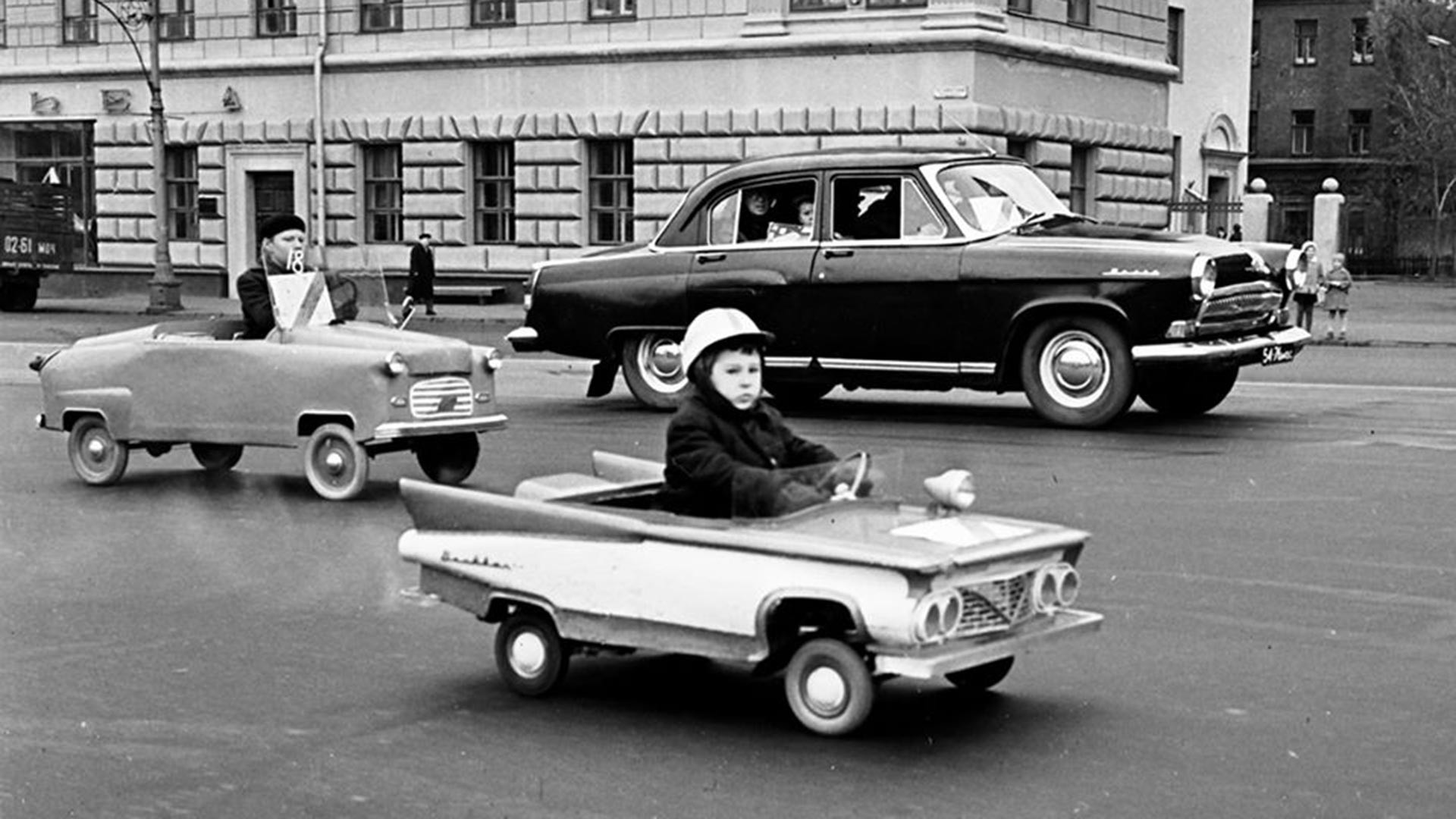 For example, the Moskvich in the photo below was not mass produced, it was homemade. 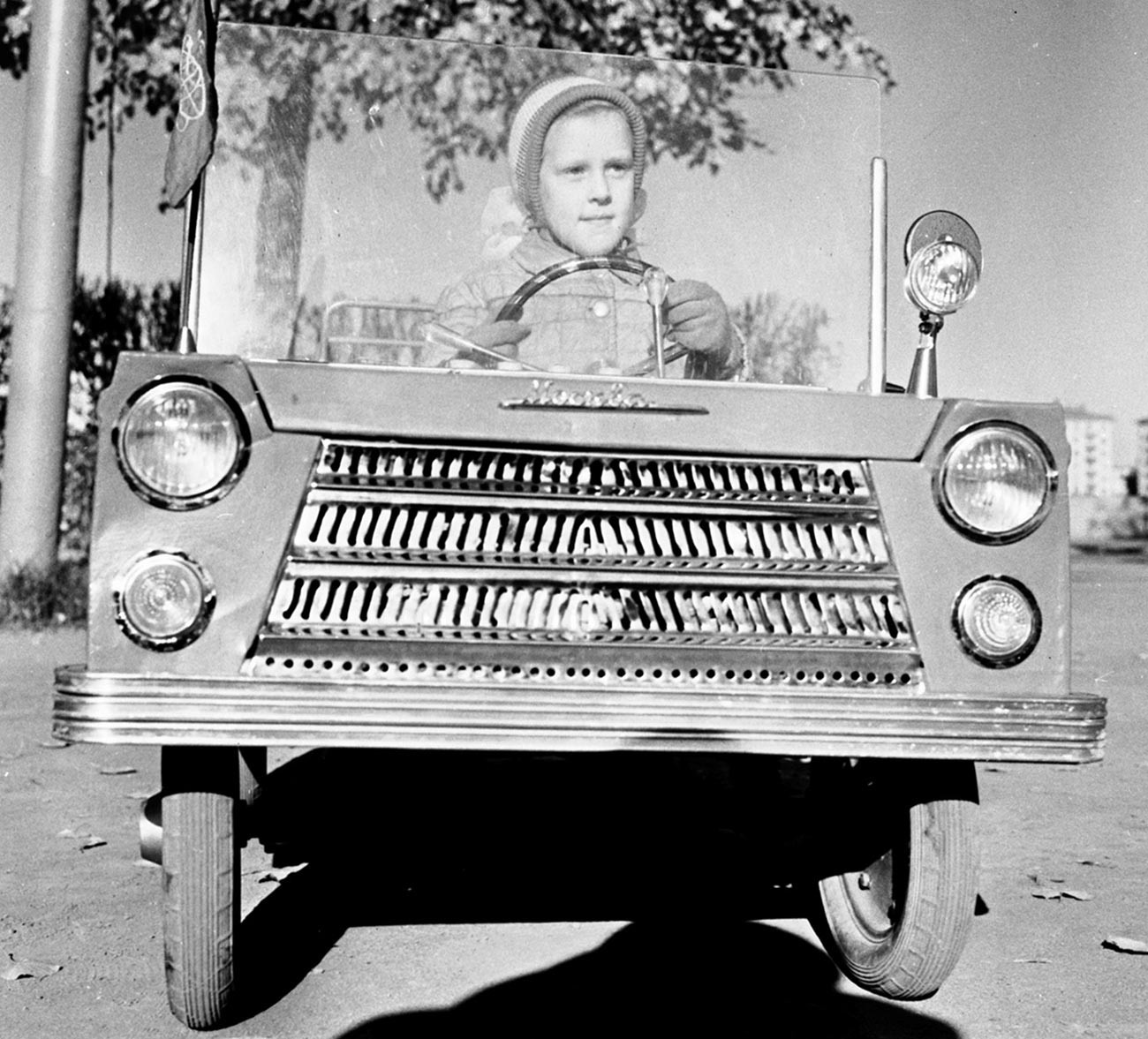 For smaller children, there were 'simplified' options: push cars. The photo below presents a Volga model. Its happy owner says that he never took it outdoors and rode it only around the flat. 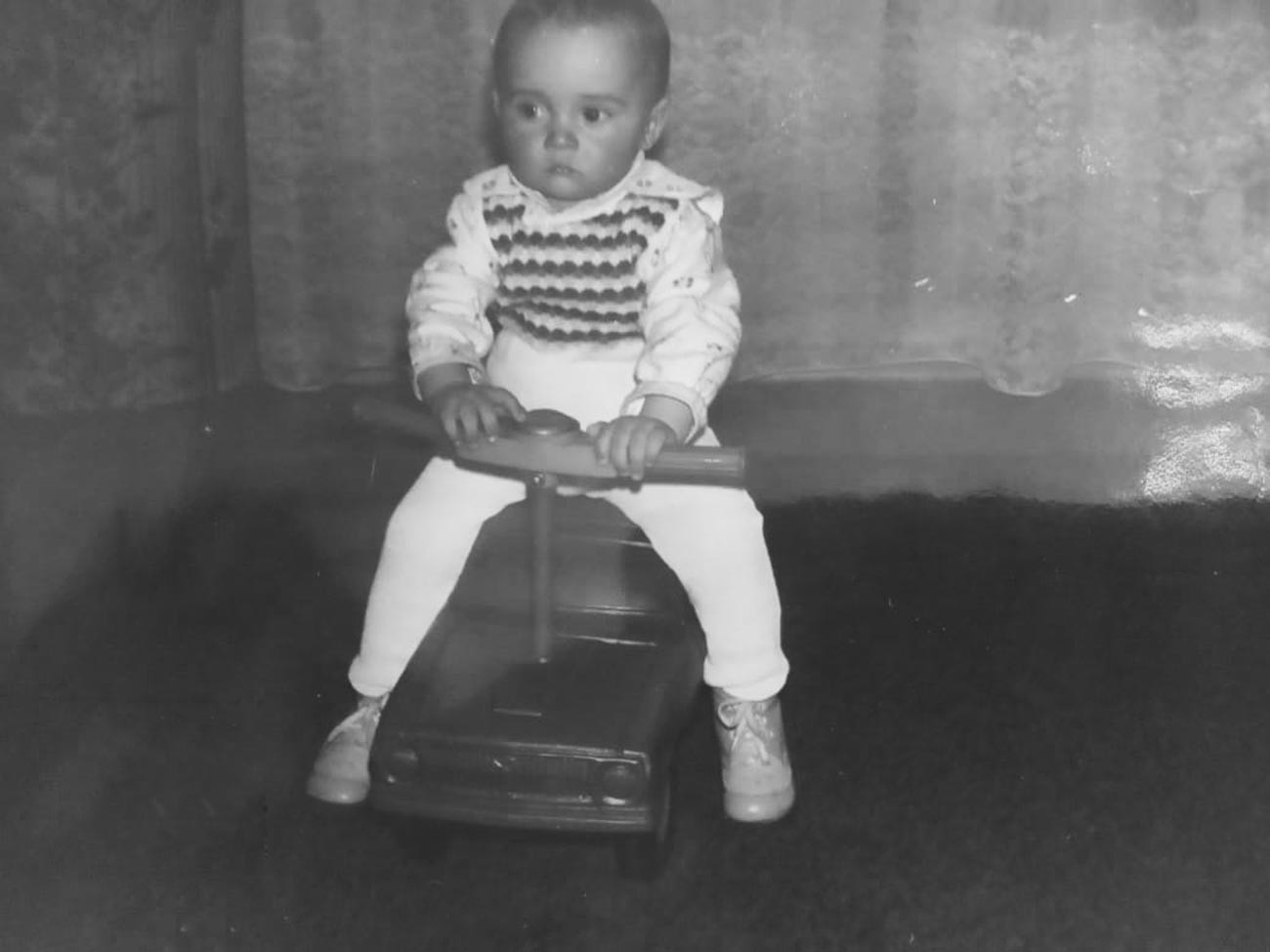 These days, Russian stores offer a wide selection of toy cars, including the latest foreign models. And yet, collectors are prepared to pay a handsome sum for a Soviet pedal car (prices in the collectors’ market vary from 4,000 to 50,000 rubles / $50-$700). Once it is painted, it will once again be a joy for the eye and will serve its new owner for dozens of years. 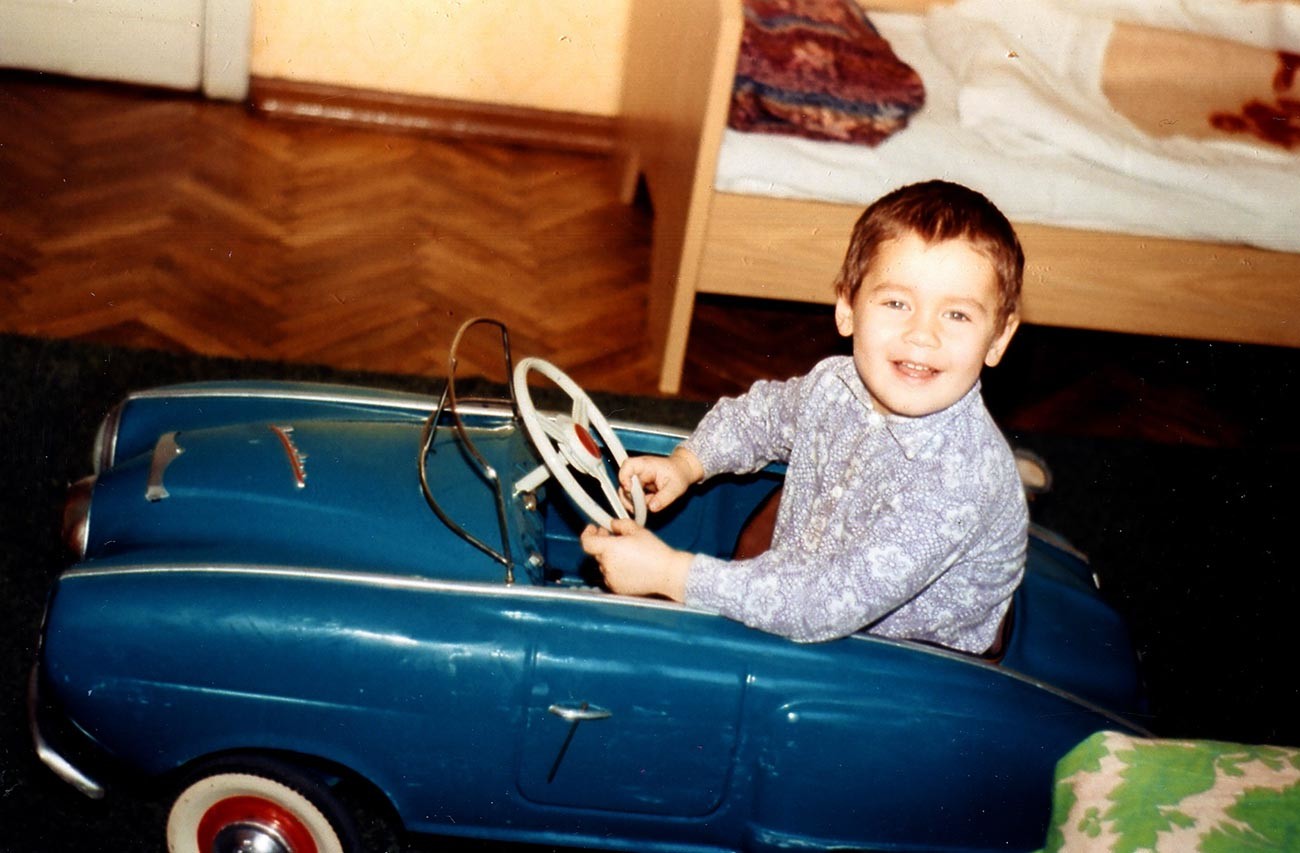 Photograph from the archive of Maxim L./russiainphoto.ru