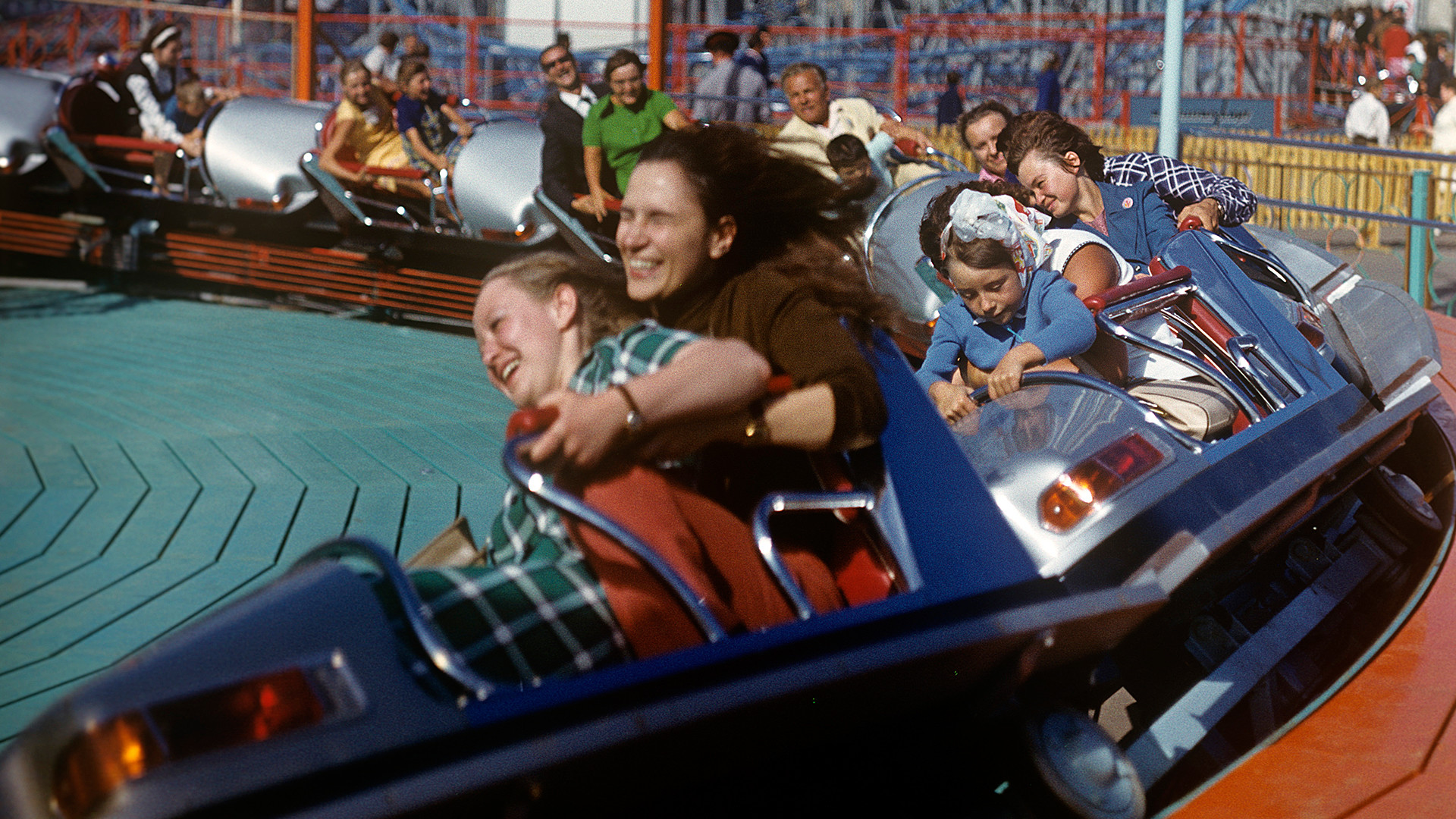 Nikolai Zaitsev/Sputnik
What happened to a parachute tower that used to stand in the country's main amusement park and how much did it cost to ride an airplane carousel? We look back at some of Soviet children’s favorite amusement park rides.

A family trip to an amusement park has always been a special treat for kids. After all, what could be more fun than riding swings or merry-go-rounds, driving bumper cars and then eating a bunch of cotton candy and drinking from a soda fountain? Just about every city in the Soviet Union had an amusement park offering all these attractions – and what’s more at very affordable prices. 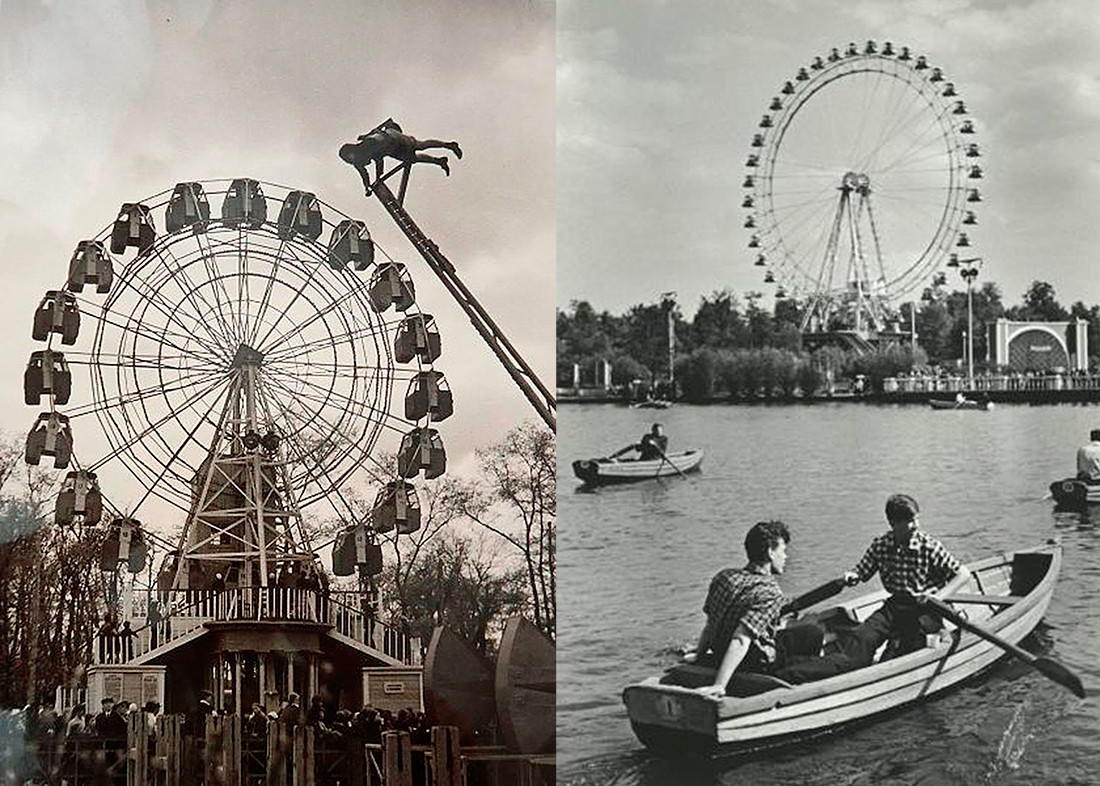 The first modern amusement park appeared in Moscow in 1928. It was the Park of Culture and Leisure named after Maxim Gorky, better known simply as Gorky Park. Its most popular attraction was a Ferris wheel popularly called “the devil’s wheel.” Riders were forbidden to stand up while on it, and the only safety measure it had was a chain. The first wheel was quite small, standingjust14meters high. But then in 1957, leading up to the 6th World Festival of Youth and Students, a larger 45-meter-high Ferris wheel was built. At the time, it was one of the biggest in the Soviet Union. Both were dismantled in 2009. 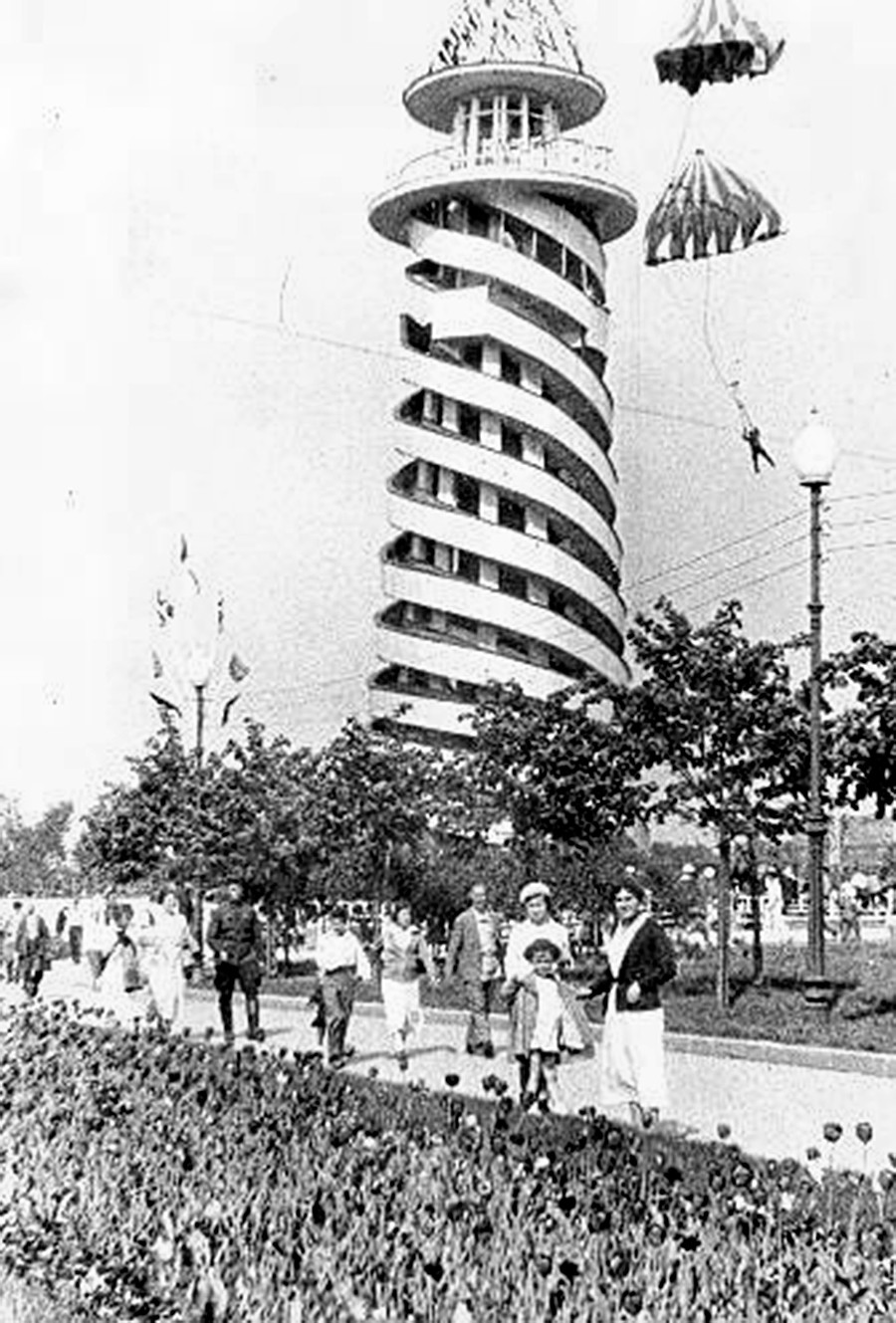 One of Gorky Park’s most unusual attractions before the war was a parachute tower with a spiral slide. Descending from it to a mat below was an attraction in and of itself. From the top, one could jump from a height of 40 meters with parachutes that were held by steel cables. During the war, this popular attraction served as an air defense observation post. The tower was dismantled in the 1950s. 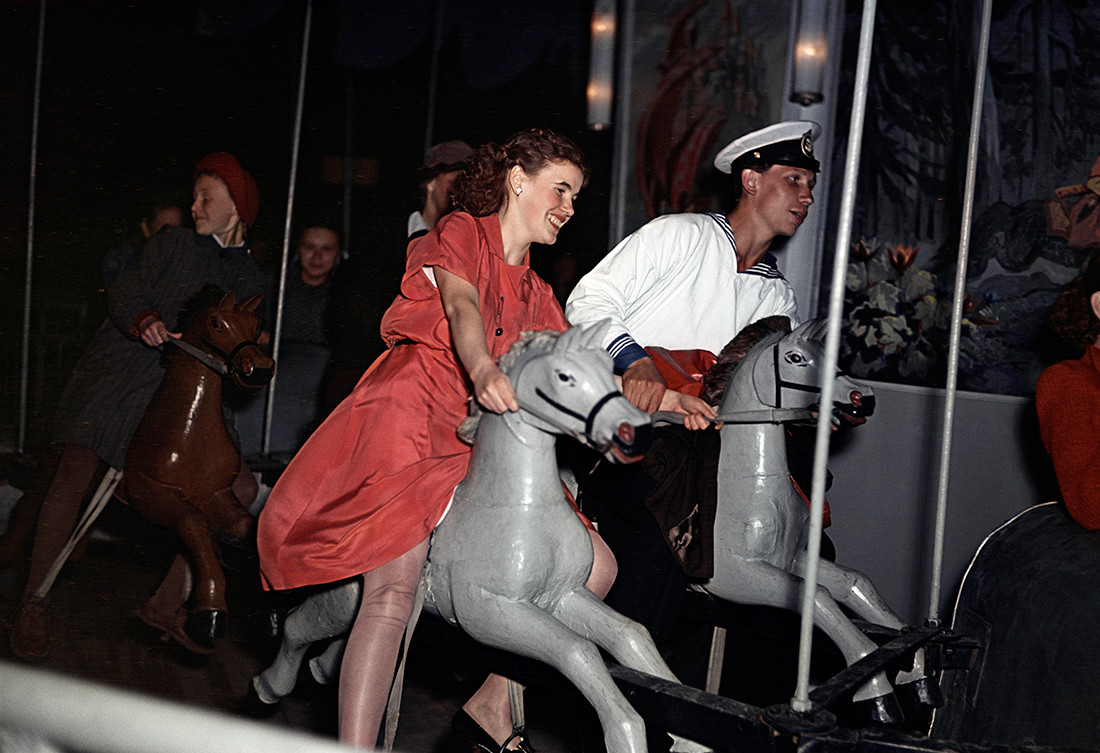 Pre-war amusement rides were made by individual workshops and, for the most part, constructed out of wood since metal was in short supply at the time. That is why very few of these attractions are still standing now. In the 1950s, a plant in Yeysk (a town southern Russia) began mass producing amusement park rides made from metal. 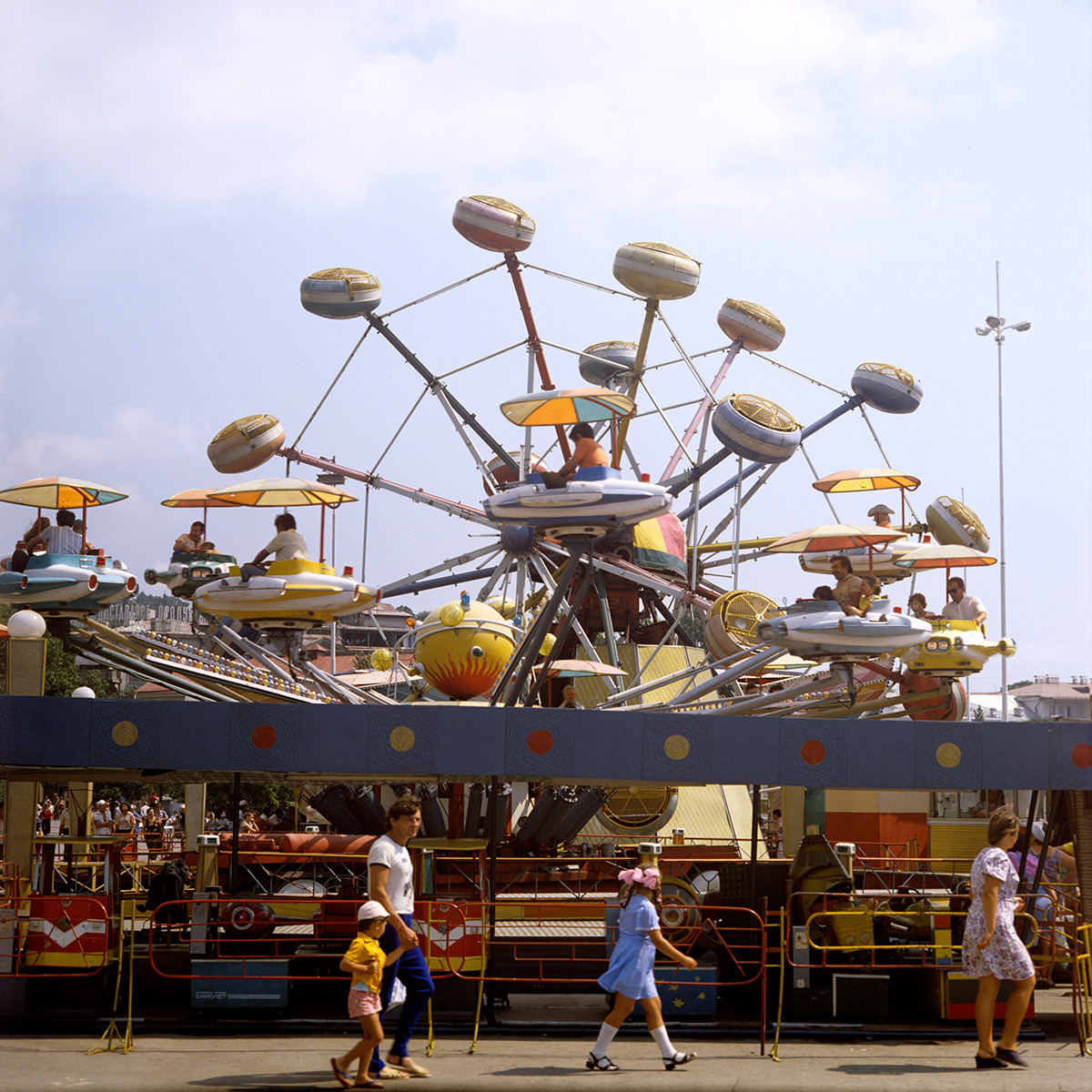 Although the plant did not produce such a wide range of rides, it made it possible to set up amusement parks in every city in the USSR. Tickets were more than affordable, with one ride costing 5-10 kopecks – about the same as an ice cream. 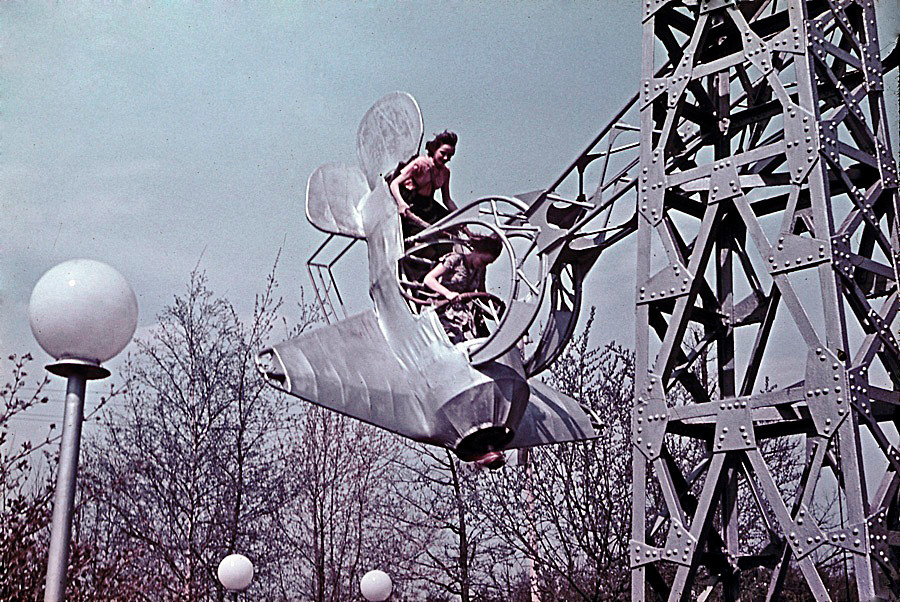 The Soviet Union always glorified pilots, Arctic explorers and cosmonauts in its popular culture. So it comes as no big surprise that one popular ride was a pendulum made in the shape of rockets and airplanes. 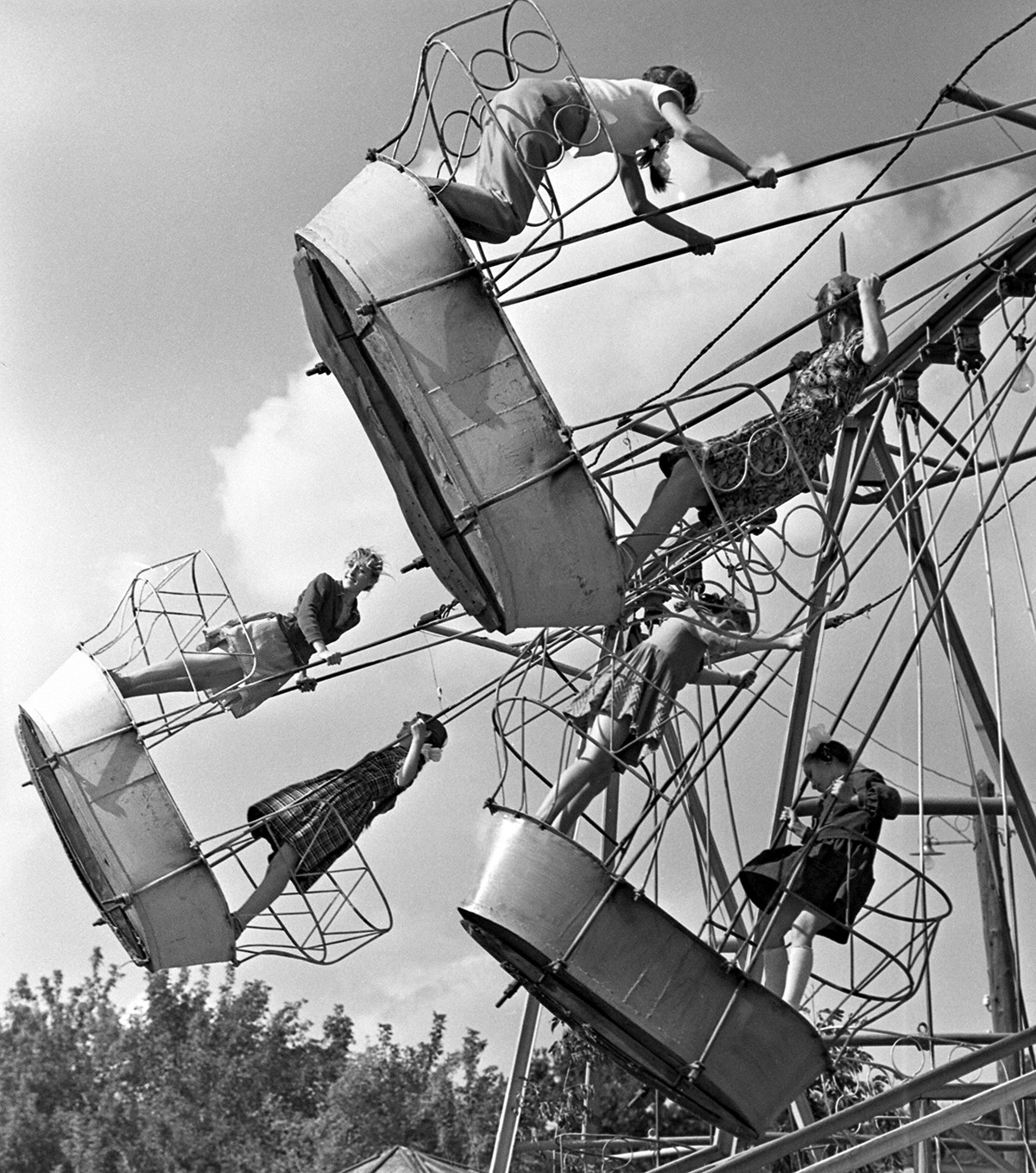 Perhaps the most popular amusement park ride was one known abroad as the Pirate Ship. From the outside, it looked like people on the ship were rocking it themselves, but in fact the ride was electric and it was possible to speed up or slow down its movement. The scariest thing on that ride was feeling like the ship might spin around its axis (nicknamed “doing the sun”) even though in reality its movements were tightly controlled. 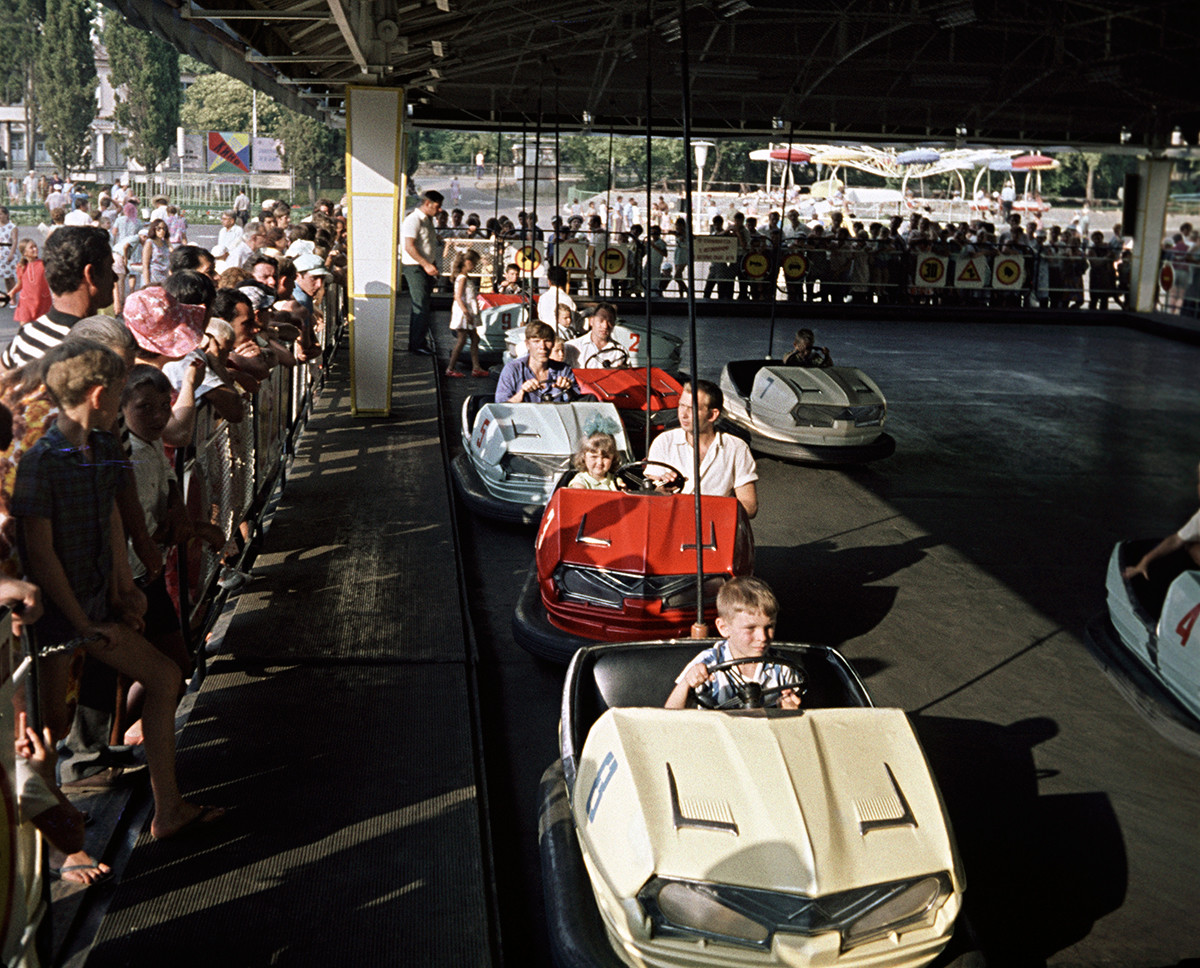 Bumper cars were very popular with adults and children alike. They drove at speeds of up to 10 km/h, and you could accelerate and crash your car into others. With no traffic rules to worry about and no fines to pay it’s no wonder they were so popular! 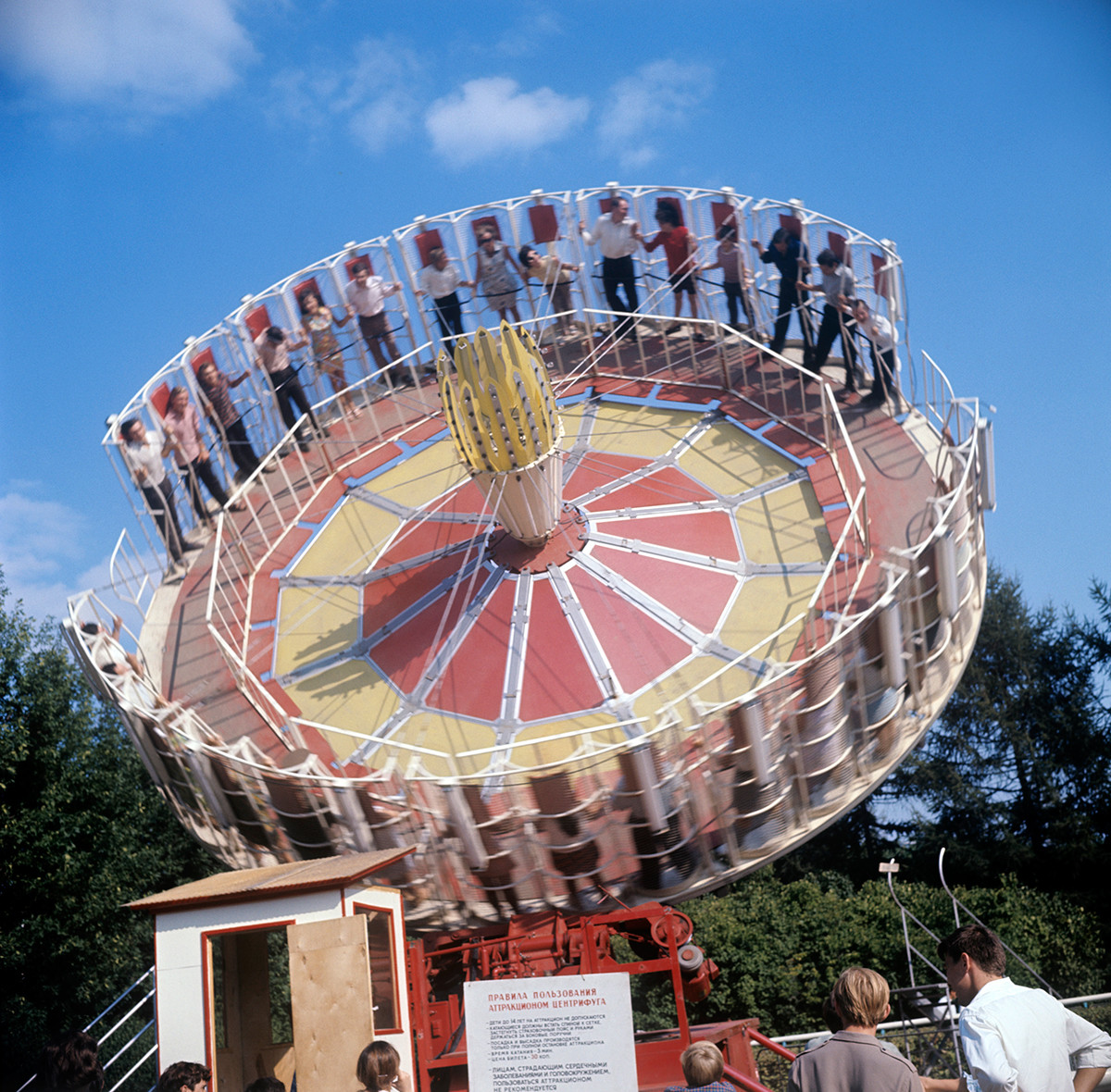 This amusement ride could serve as a test for future cosmonauts. The Rotor was a platform that rotated at an angle while its riders stuck to the walls due to centrifugal force. It was not a good idea to ride this thing after a meal! 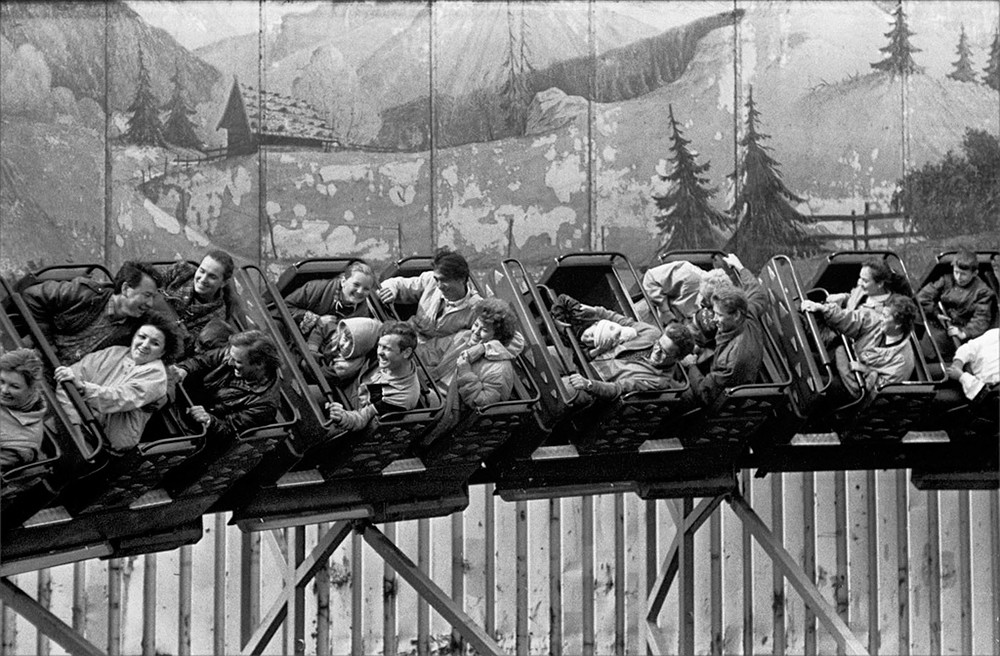 Starting from the 1970s, the USSR hosted regular international exhibitions of amusement rides. Japan brought a Teacup ride to one of these, and Germany presented a roller coaster known in most of the world as the Russian Mountains, although in Russia it is traditionally referred to as American Mountains. Meanwhile, Czechoslovakia brought an entire amusement park with a hall of mirrors, various unusual attractions and slot machines. Needless to say, all of these were extremely popular with Soviet kids. 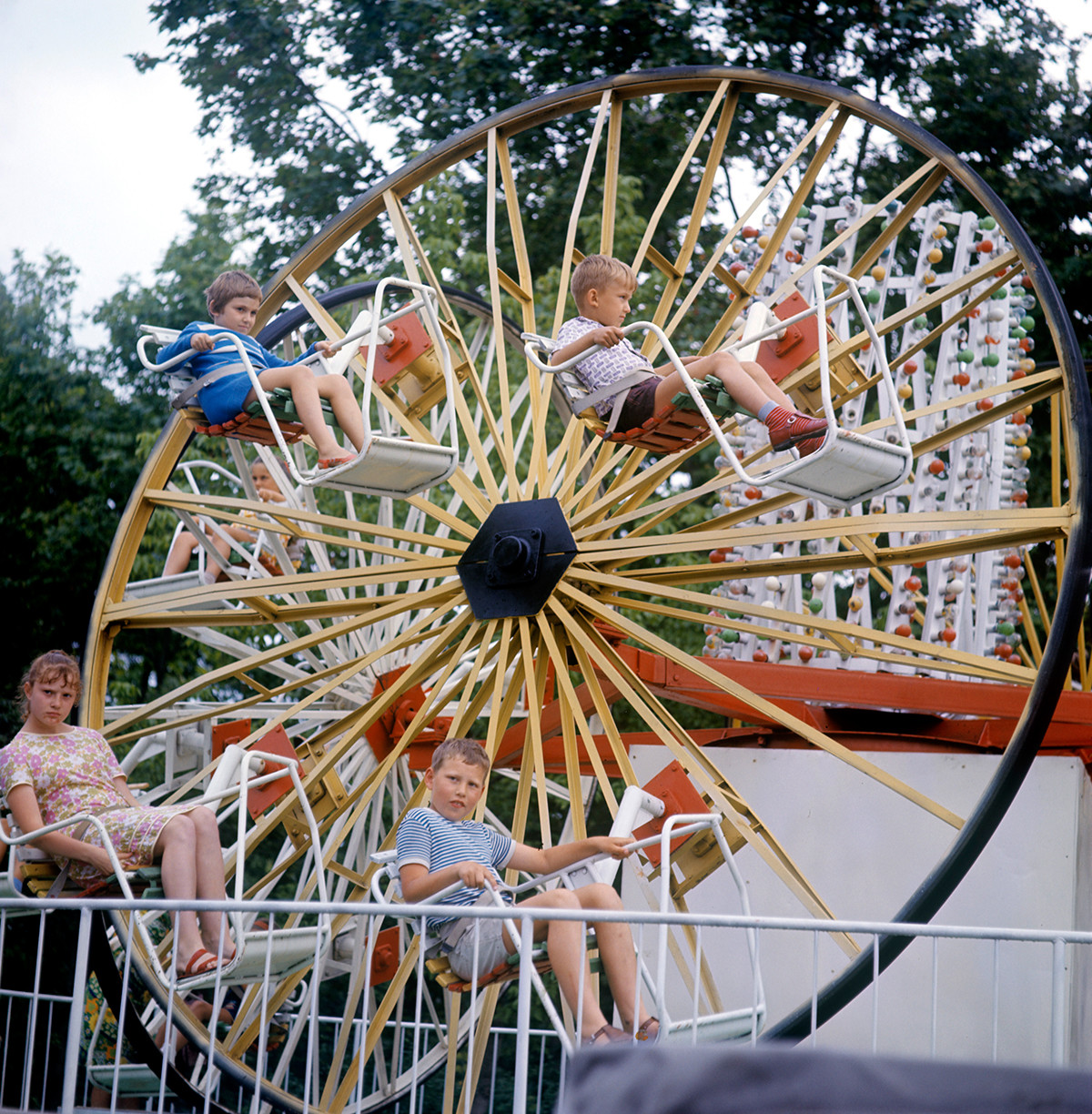 Many amusement rides continued to operate after the collapse of the USSR, although more and more they are being replaced by newer and more technologically advanced forms of entertainment. And so it goes that many old Soviet merry-go-rounds are being consigned to the dustbin of history.