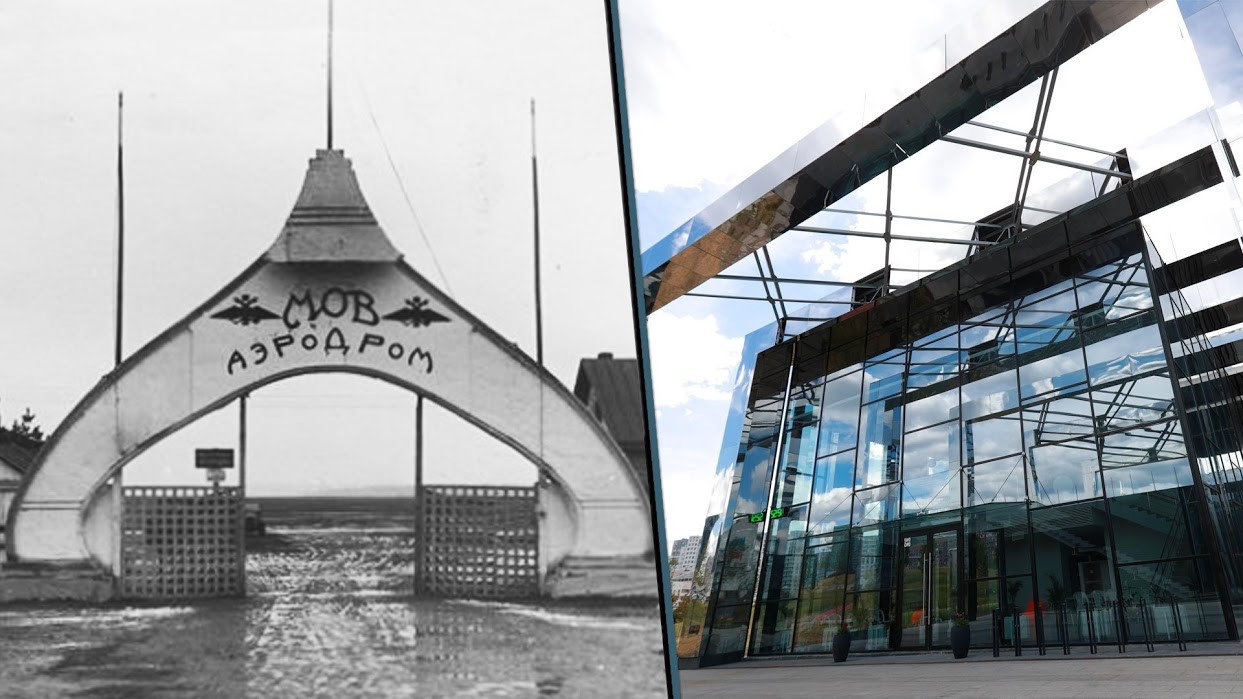 Anton Denisov/Sputnik; Public domain
This field not far from the city center was considered the birthplace of Russia’s civil aviation… but you would hardly recognize it today.

Located in the northwest of Moscow, the Khodynskoe Pole (Eng: “Field”) territory is famous among Muscovites as an area for large-scale events, since the times of Ekaterina the Great. At the end of the 19th century, the All-Russian Art and Industrial Exhibition was opened here. 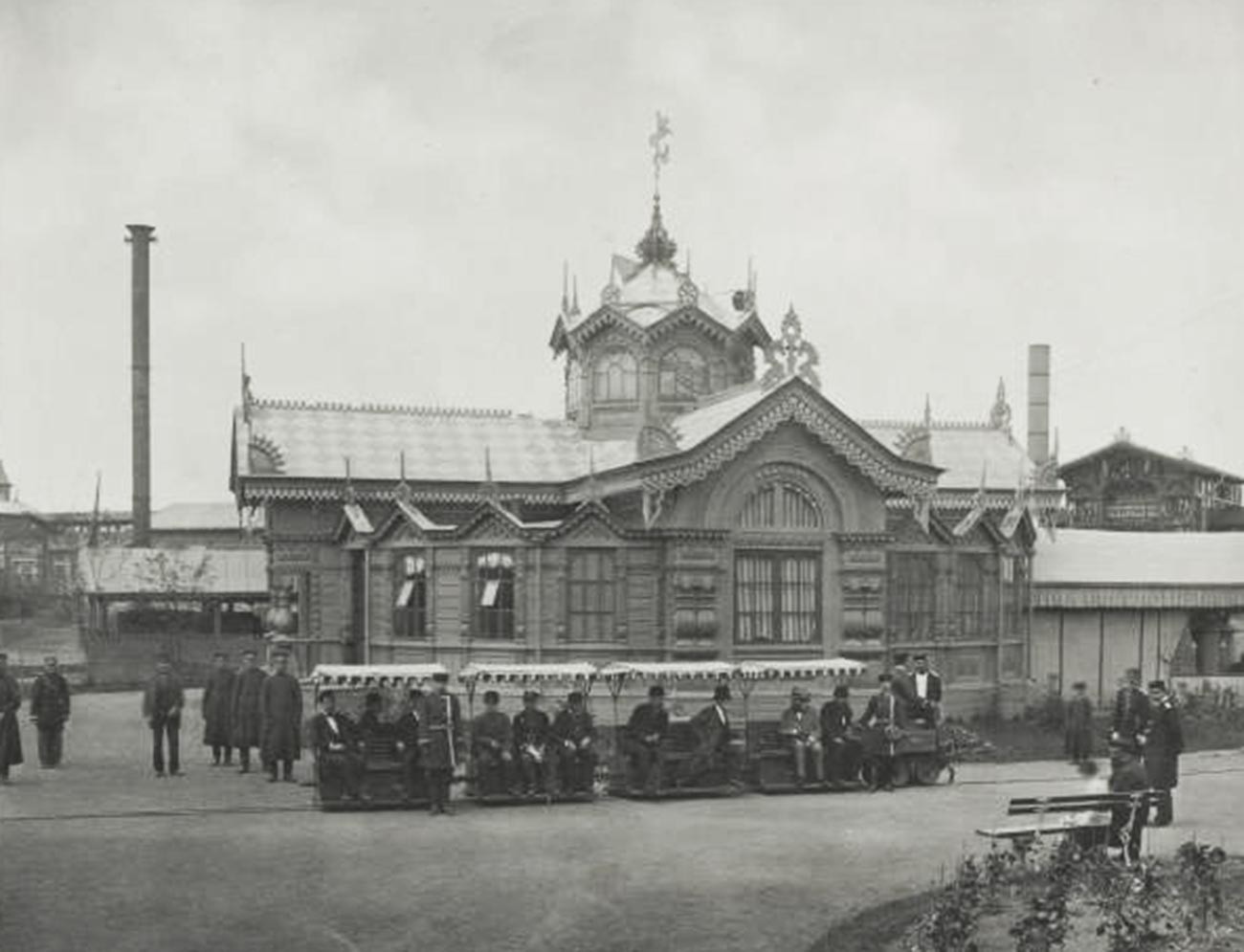 On May 30, 1896, during the Nicholas II coronation celebrations, when guests were promised gifts from the Emperor, about half a million people crowded there. The organization was poor and a terrible stampede ensued, which led to the death of 1,400. After that, the phrase “to cause a Khodynka” became the synonym to any pandemonium. Meanwhile, on the airfield, new barracks for the army were built. 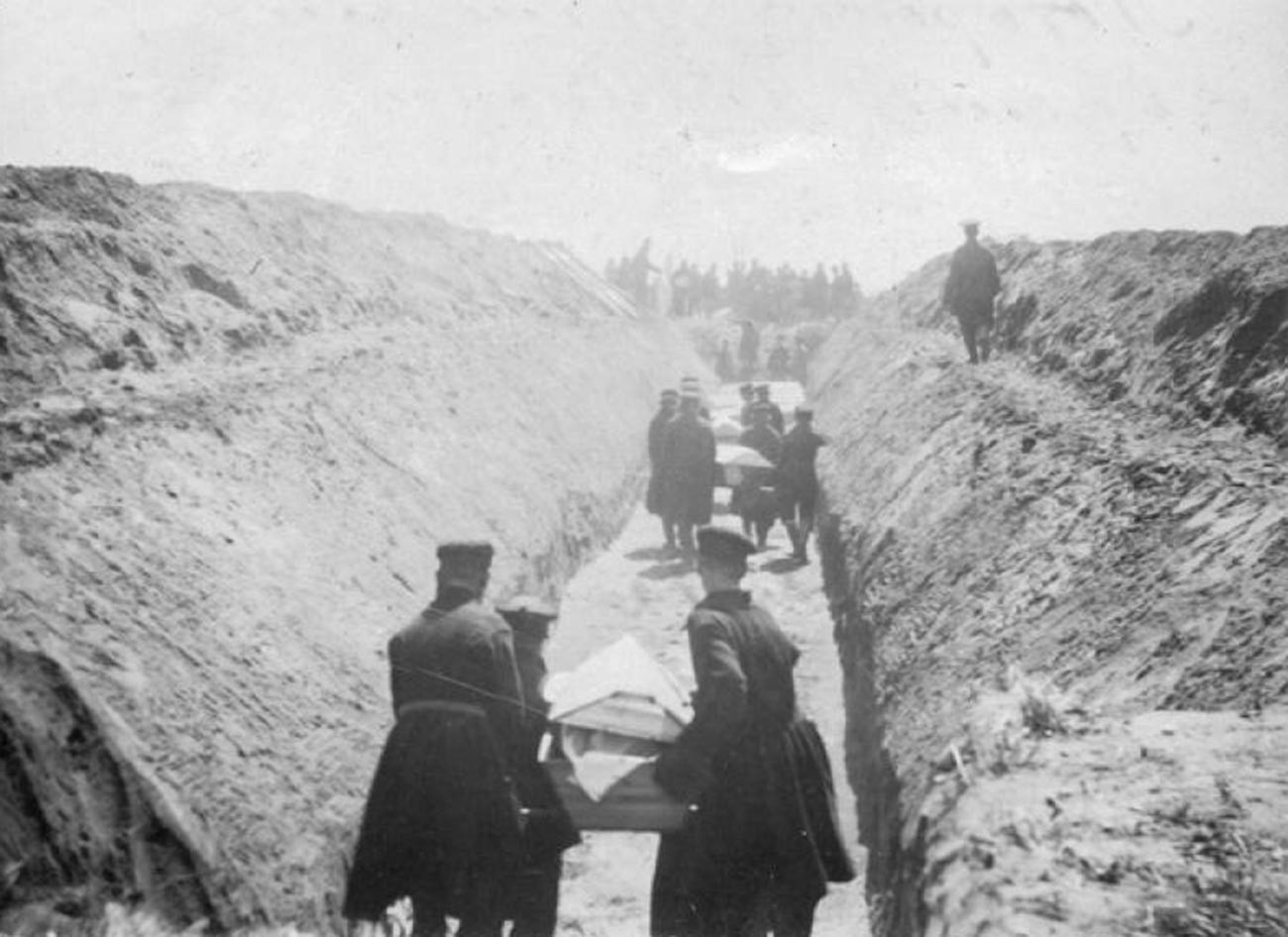 Funerals of the Khodynka victims, 1896.

The State Central Museum of the Modern Russian History/russiainphoto.ru

In 1910 in Moscow, the first Russian aeronautical society was created, under the Emperor’s patronage, headed by the commander of the Moscow military district. Subsequently, a part of the field was turned into an airdrome. 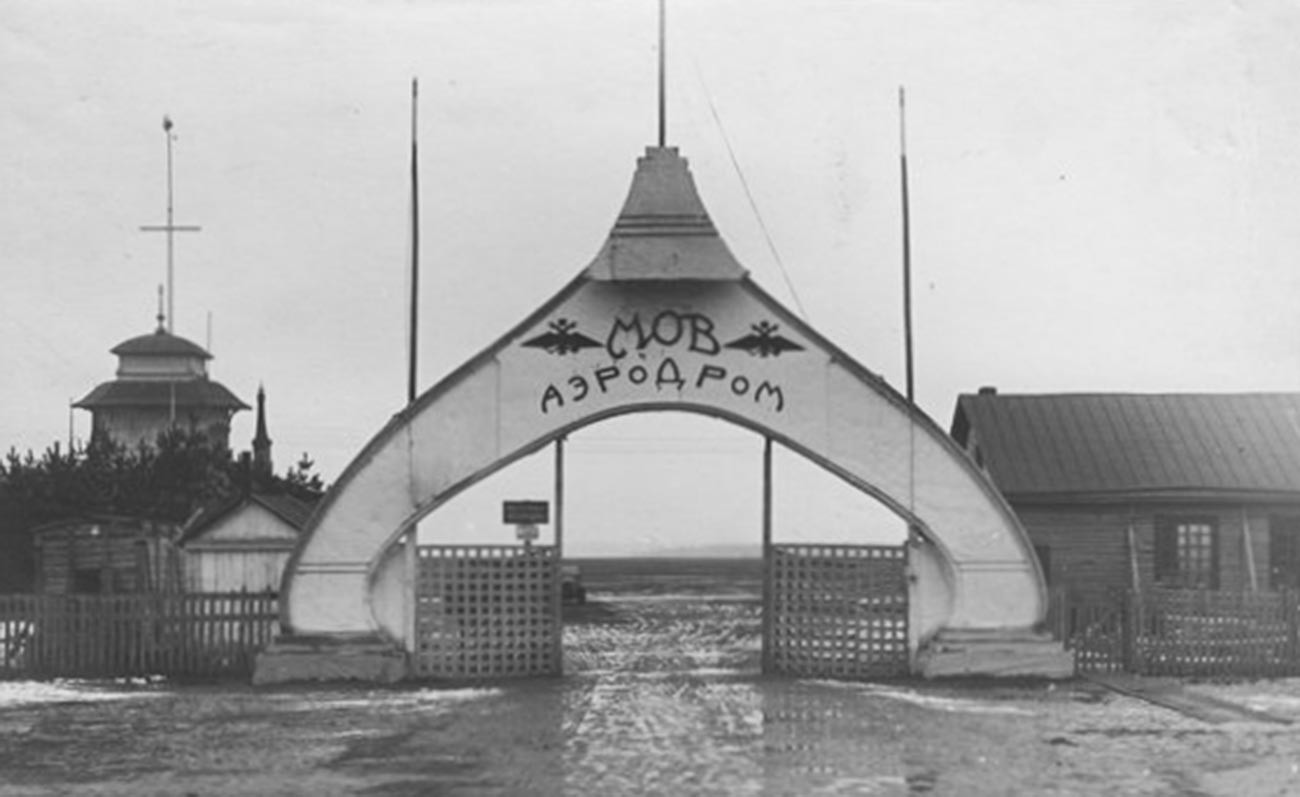 The first of the airdrome’s infrastructure was built thanks to aviation enthusiasts: amateur pilots donated their own money for the construction of the runway and aircraft hangars. After which they began to make flights above the city in their own planes. The field was still being used for army parades and civil festivals, but  aviation shows also began to appear. 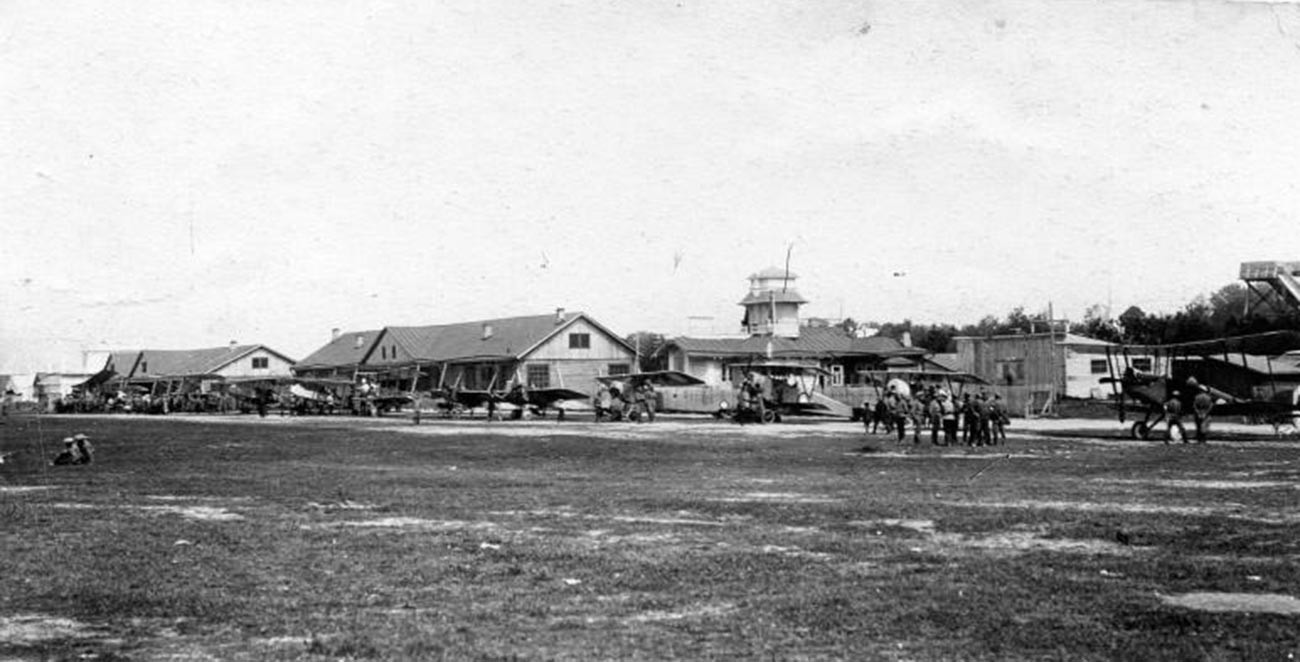 After the 1917 Revolution, Khodynskoe Pole became the cradle of Soviet aviation. Besides using it for the army’s needs, as well as preparing and training pilots, in the beginning of 1920s, the first routes for civil flights were opened from there. In 1922, Russia’s first international flight Moscow - Konigsberg (Kaliningrad) - Berlin started from there. 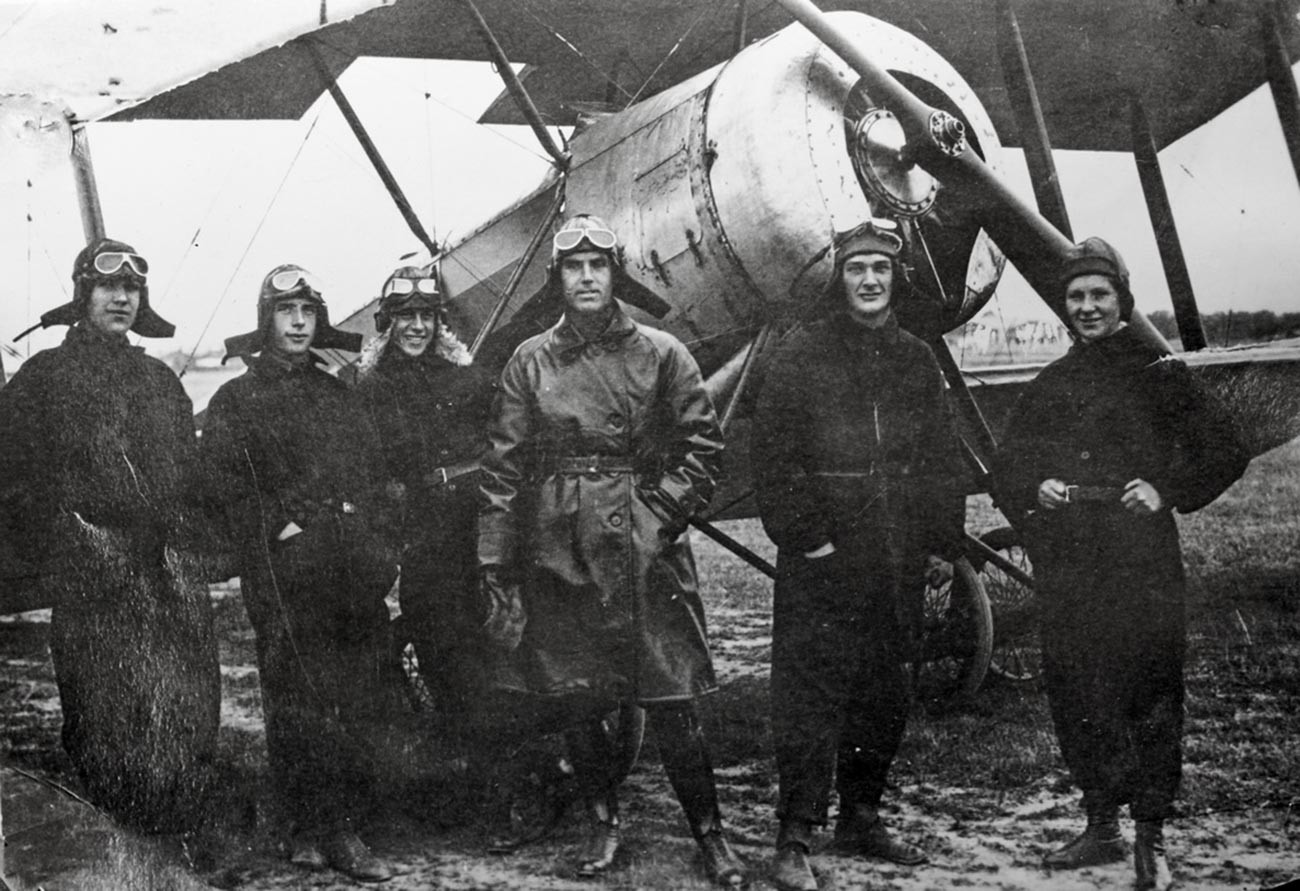 First pilots of the aviation school, 1930.

In 1923, the first regular flight between Moscow and Nizhny Novgorod was opened and the Dobrolyot society was established - the future Ministry of Civil Aviation. The first planes were able to carry just 4-8 people, but flights to different cities were made everyday from there. It may sound weird today, but on the first flight, the plane’s passengers had to monitor the plane’s body and be ready to help the pilot! 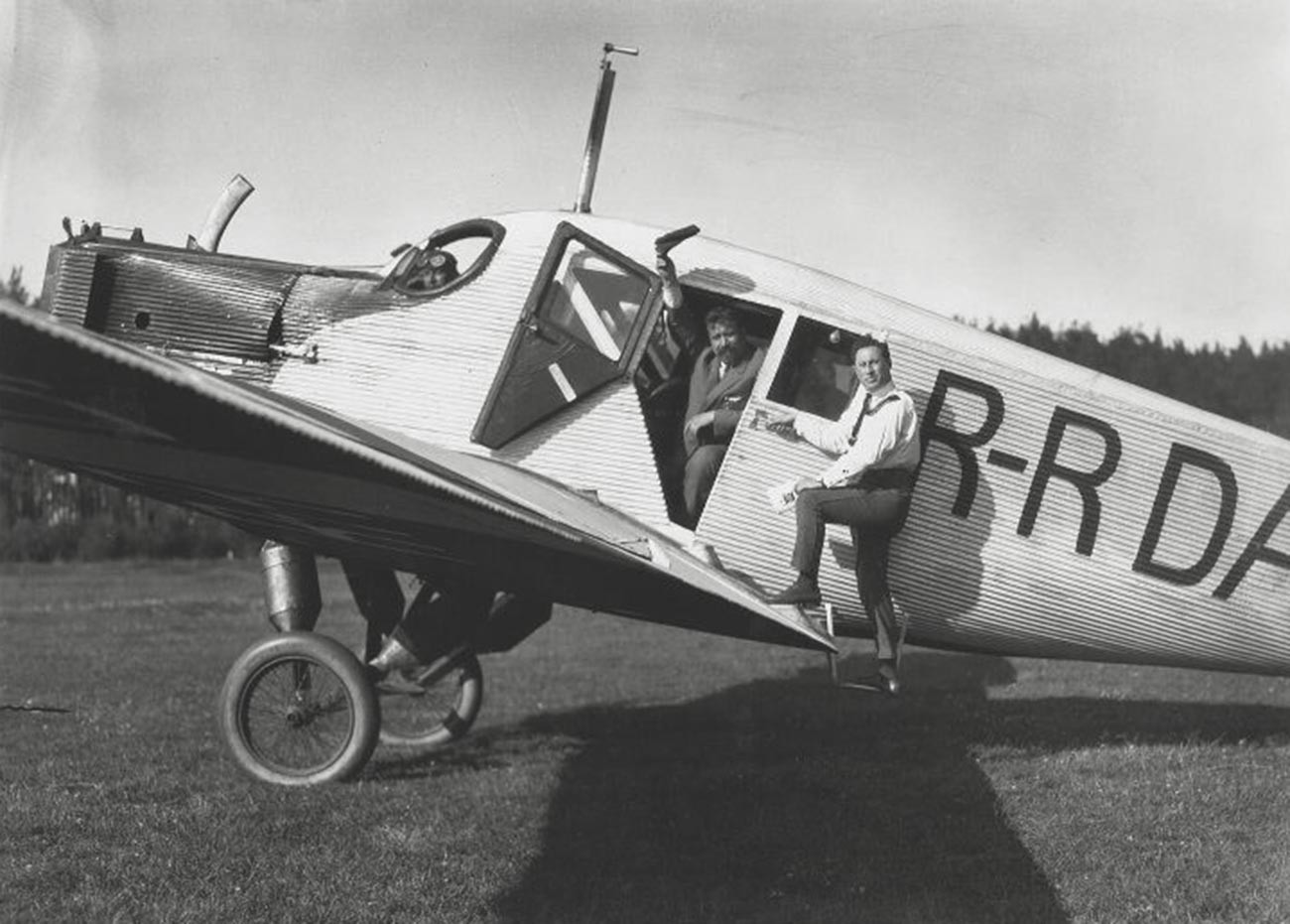 The plane came to Nizhny Novgorod, 1924.

By the beginning of the 1930s, the Soviet Union had already organized regular international and domestic flights and even created a border service. In 1931,  the first Soviet air terminal was built at the Khodynskoe Pole airfield (located near the Aeroport green line metro station). After checking in at this terminal, the passenger was taken to the plane by bus. 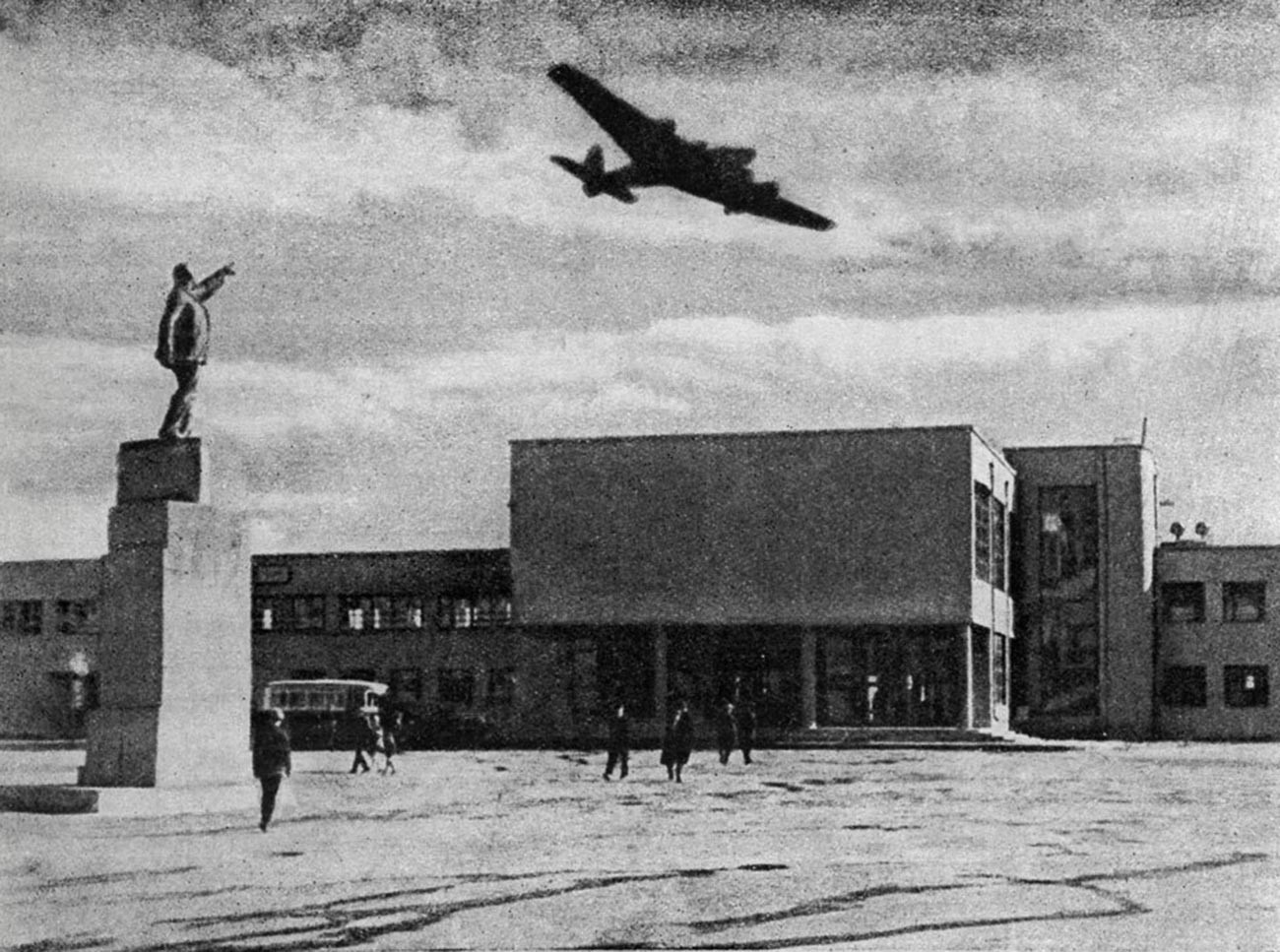 However, after the crash of an ANT-20 in the nearby Sokol dacha settlement in 1935, the airport stopped civil flights. Since then, the airdrome was reduced to being used only for servicing, testing and military flights. 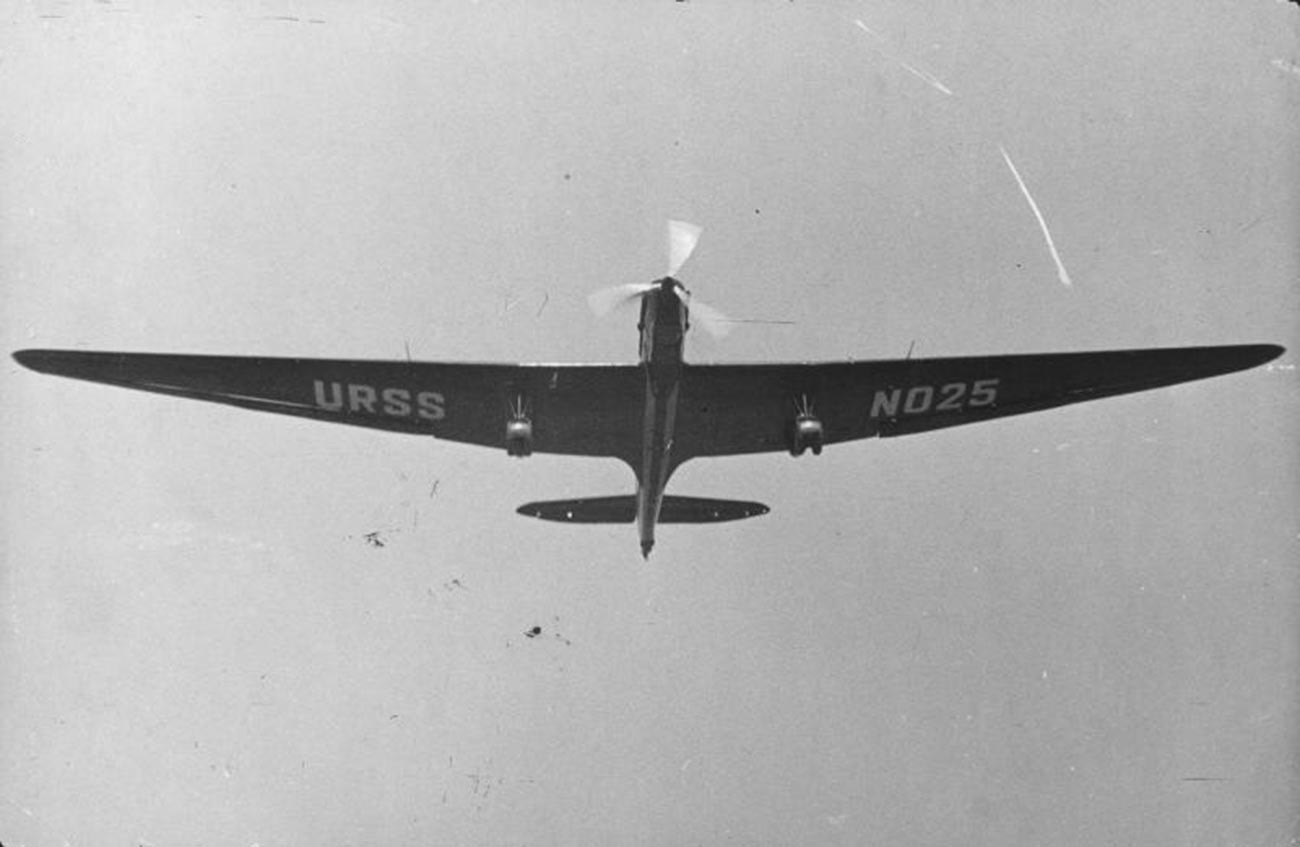 After World War II, new airports were built in Moscow, but far away from the city center: Vnukovo, Bykovo, Ostafyevo. But they all used the terminal at Khodynka. 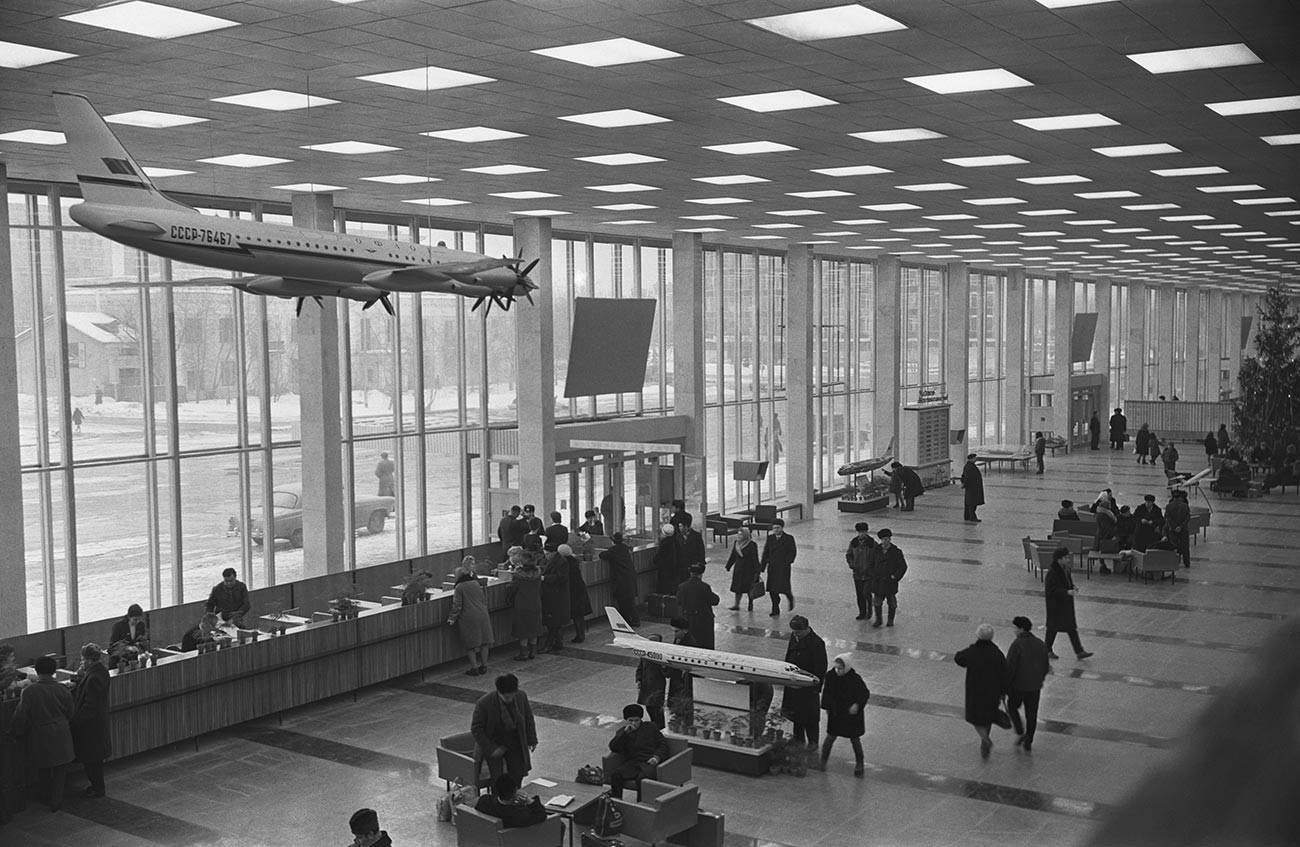 Inside the air terminal.

The first Russian airport also became the test field for the Ilyushin and Sukhoi design bureau. 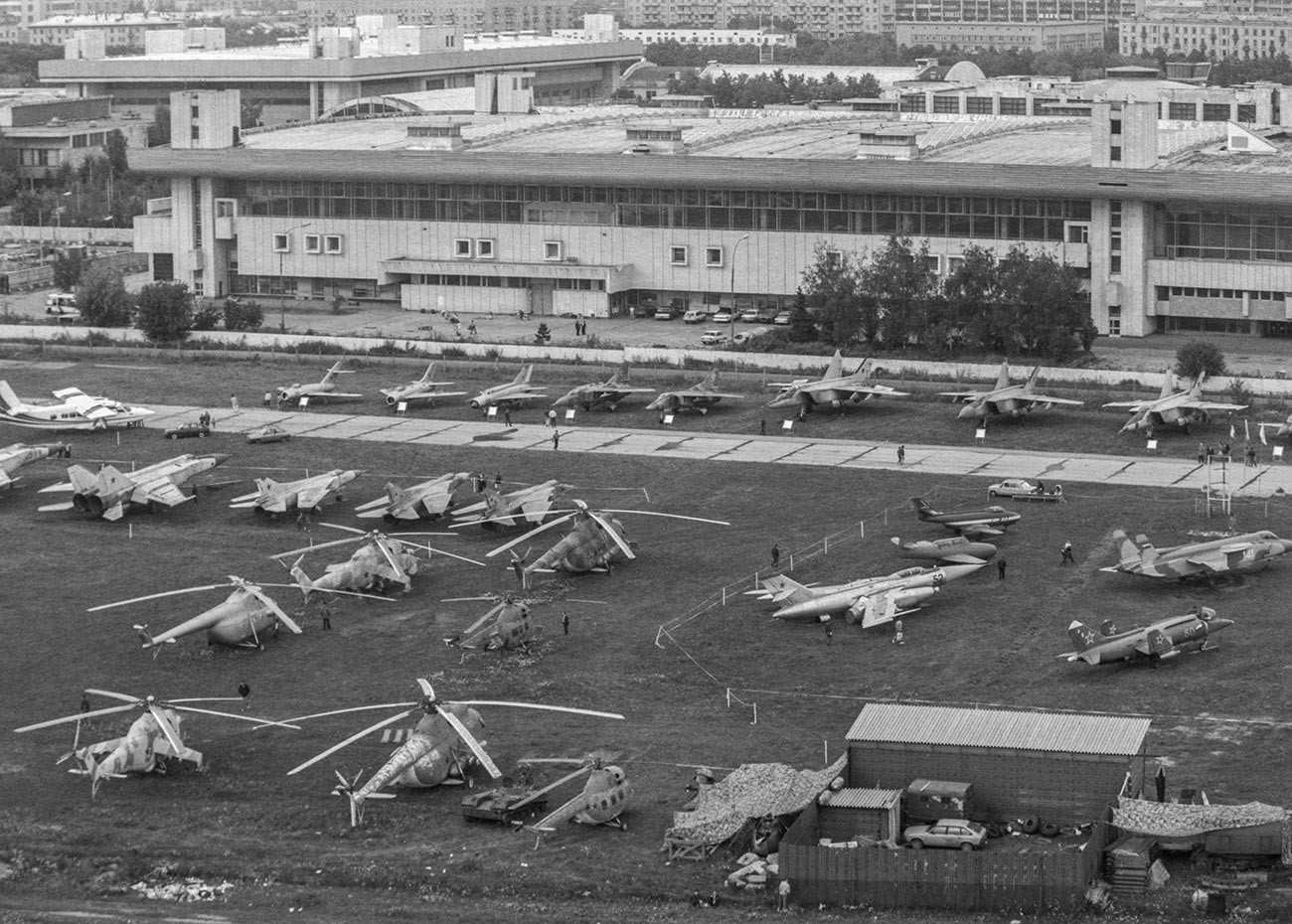 Aviation exhibition at the Khodynka airfield. 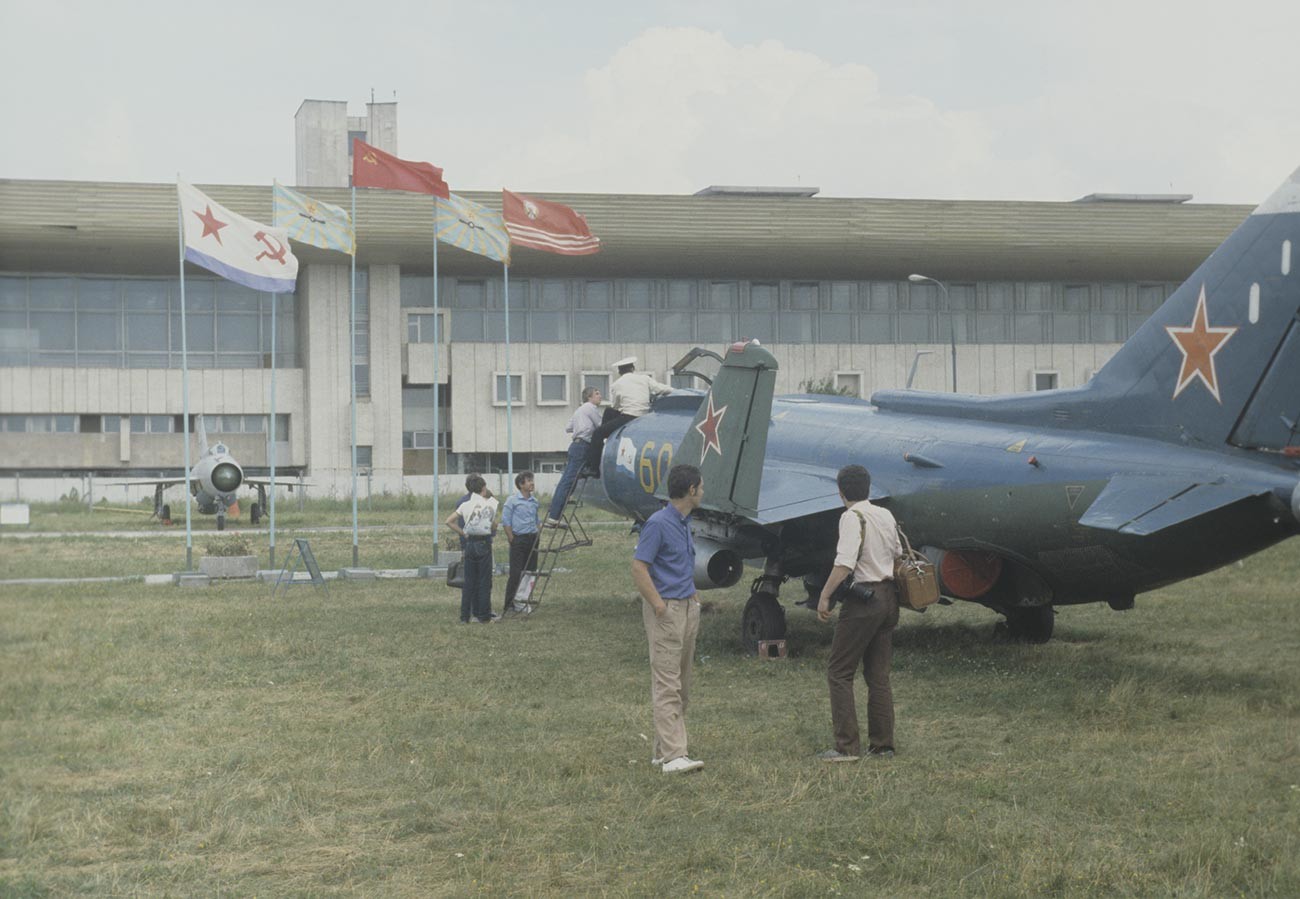 The last plane took off from there on July 3, 2003. On the airfield, there still were lots of aircrafts, and the city administration had plans to turn it into an Aviation Museum. But, while the planes were waiting to be restored (note: they now are kept in the Vadim Zadorozhny Technics Museum), the territory was transferred to the city. That’s how a sports complex, Moscow’s biggest shopping mall and the new metro station called CSKA were eventually built. 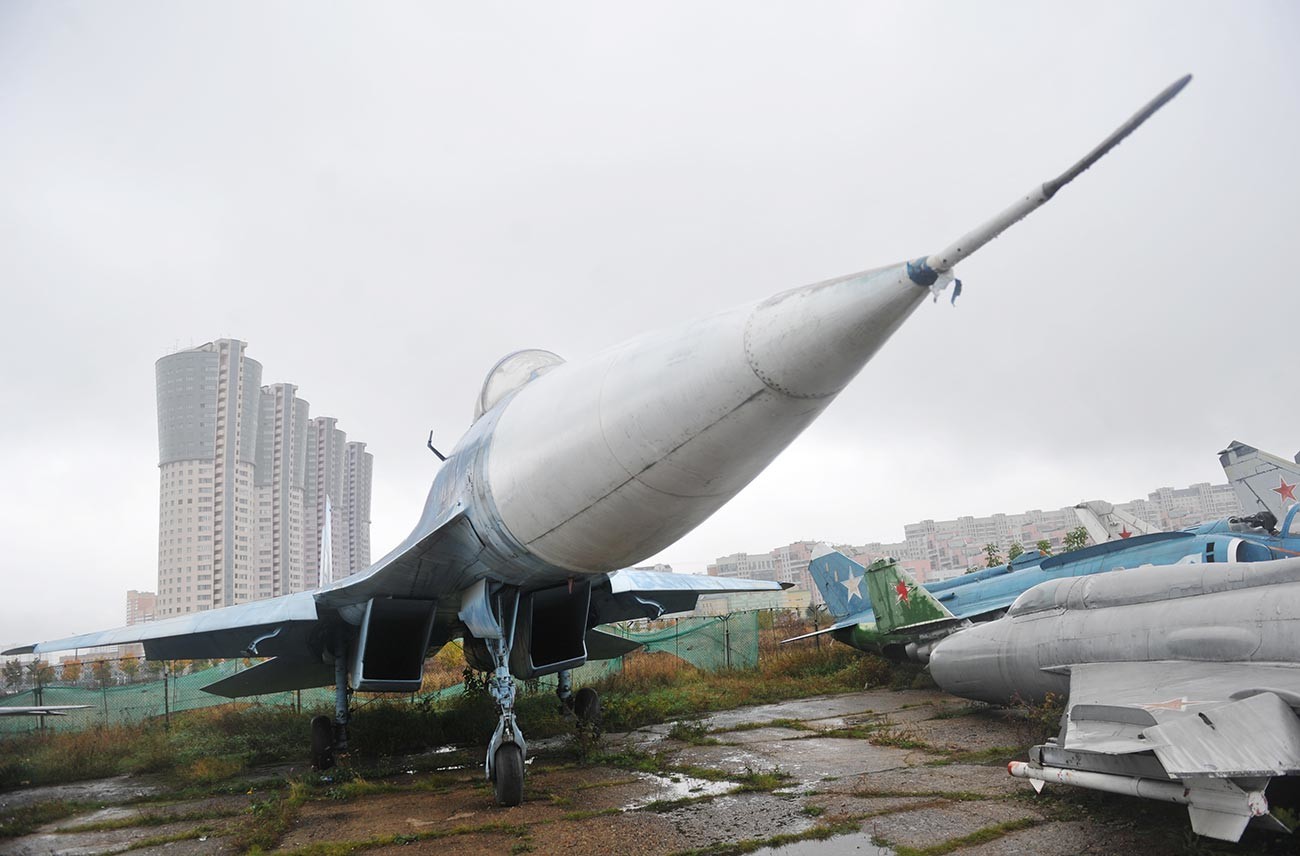 The old aircrafts between the new residential area, 2008.

In 2018, on the place of the runway, the new Khodynskoe Pole park appeared. Only the plane on the kids playground is left as a reminder that there once was a real airport. The runway itself has now been turned into a big zone for skaters and a promenade for pedestrians. 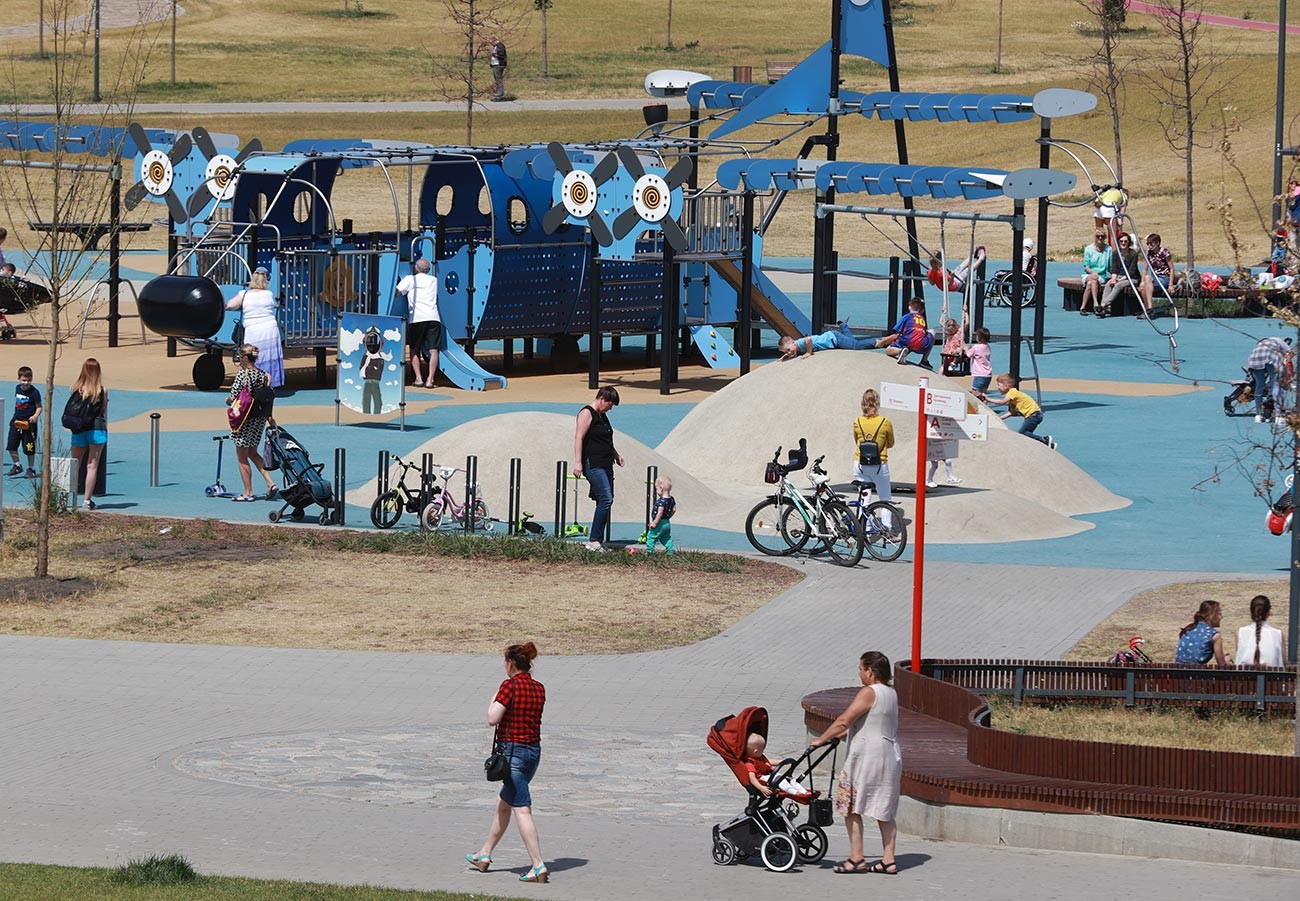