How Soviets made cinema theaters from… planes! (PHOTOS) 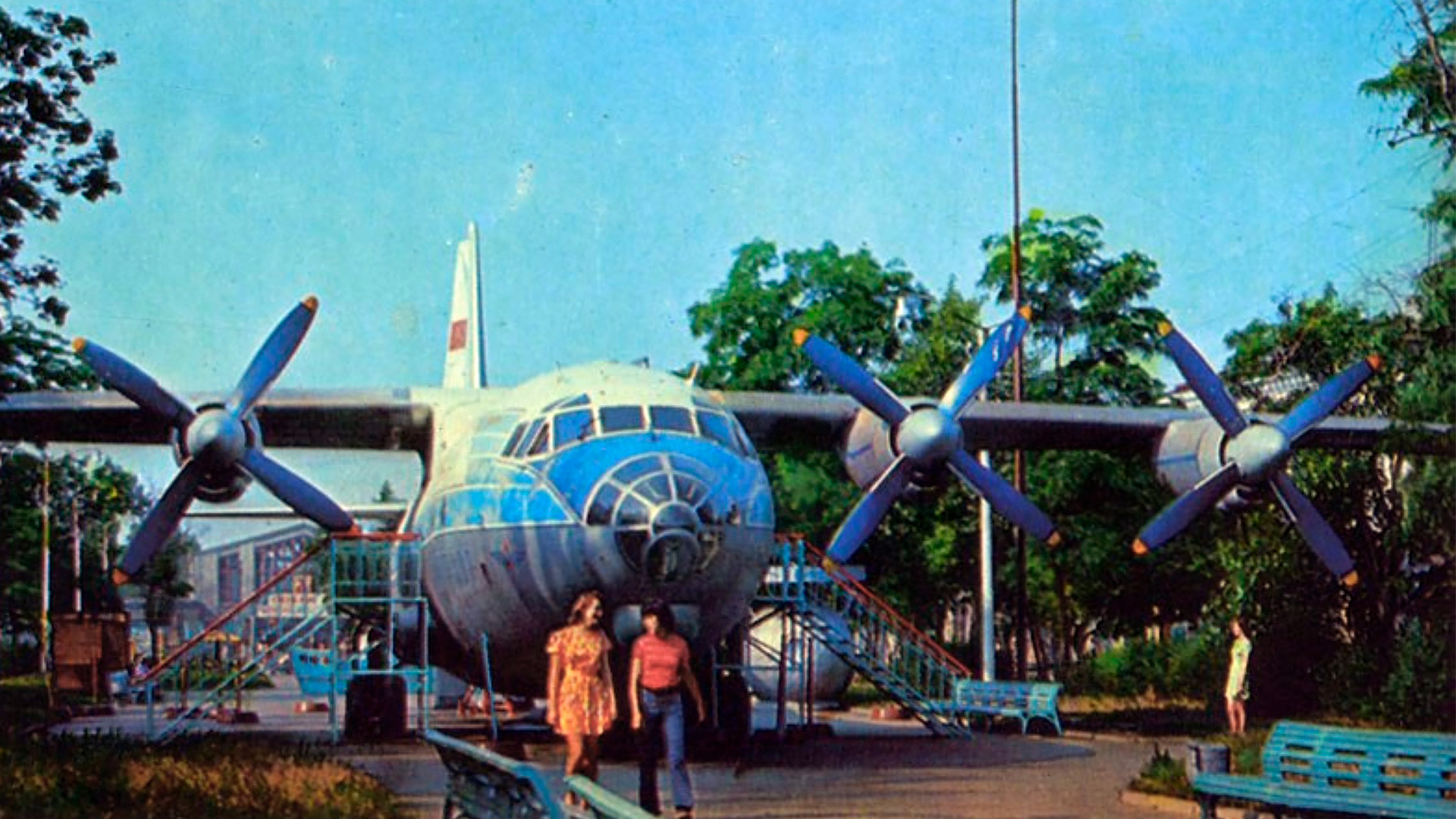 Yu.Bykovsky
These monuments of aviation gifted the wonder of flight to even those who had never flown.

1. What happens to an airplane after “retirement”? In the Soviet era, you could often come across some of them in urban parks. Kids liked to climb inside and look at the interior, feel the seats, look through the windows and sit inside the cockpit. And what was even more fun, they could also watch cartoons! 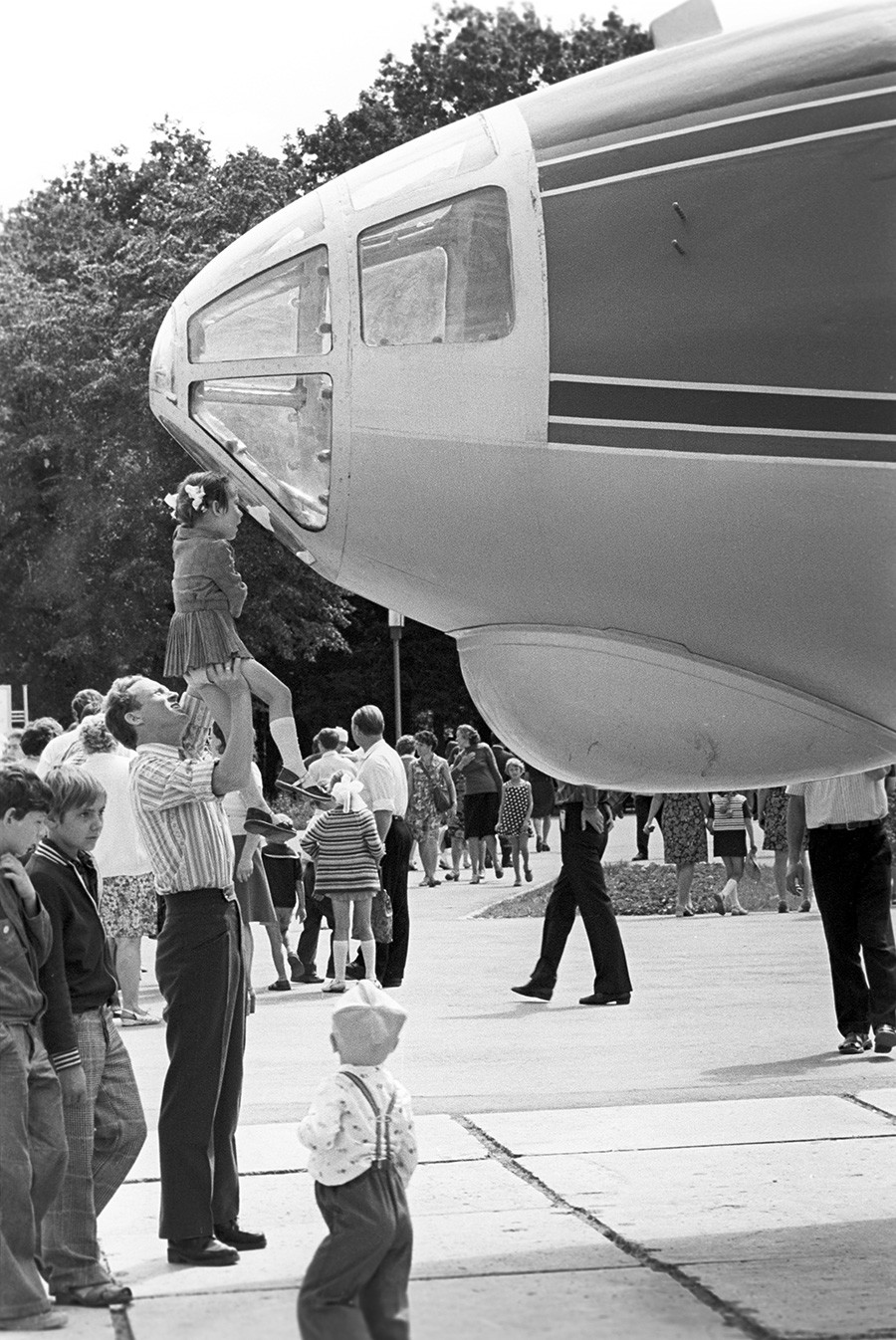 The Antoshka cinema plane, based on An-10, in Kuibyshev’s park named after Yuri Gagarin (now Samara), 1977.

2. The idea of using decommissioned planes as children’s cinemas came up in the 1970s. There was just a simple movie projector and a screen on which animations were shown. 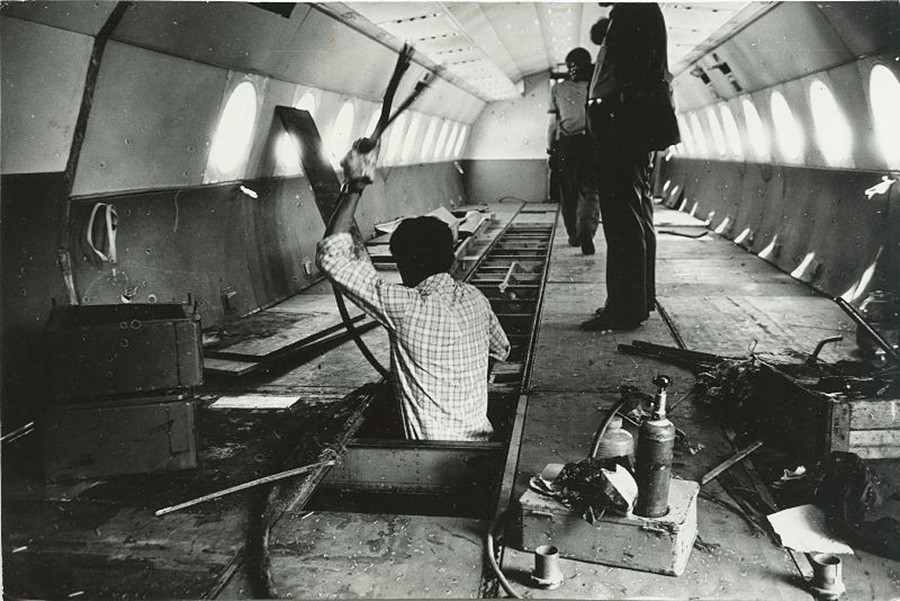 Turning the aircraft into a cinema, Novokuznetsk, 1981.

3. Most often it was the Antonov An -10, a typical Soviet passenger plane. That’s why such cinemas were titled ‘Antoshka’ (short for the male name Anton). 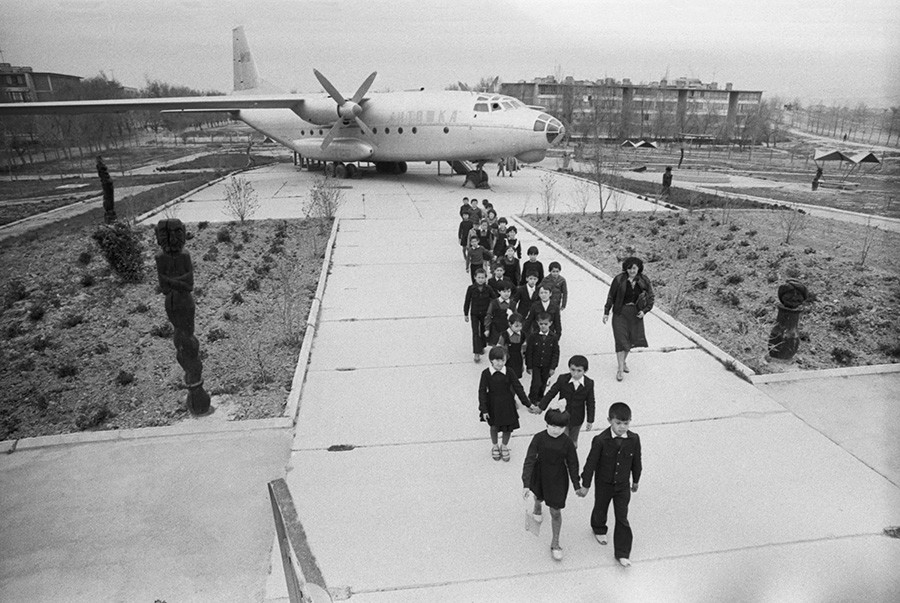 4. Produced in 1957-1960 in Voronezh, it completely ceased operation in 1974. Some models have since become training planes for student pilots, but some ended up as kid’s cinemas. 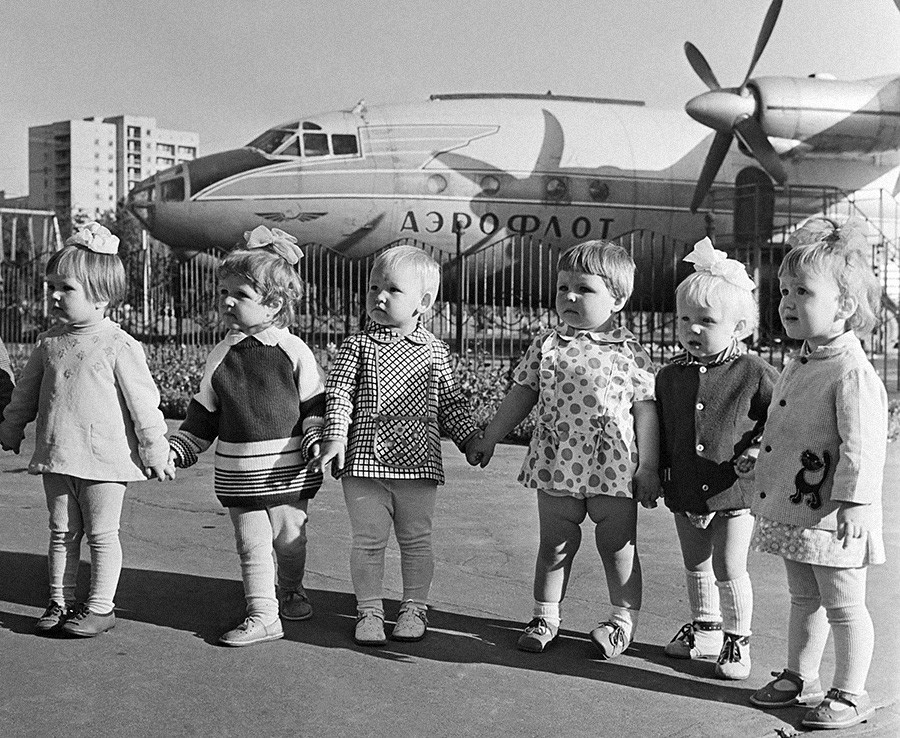 5. In Kuibyshev (now Samara), photos of its cinema “on wings” were even placed on official postcards of the city. Next to the An-10 aircraft, you could find a Raketa passenger boat that had been turned into a cafe. 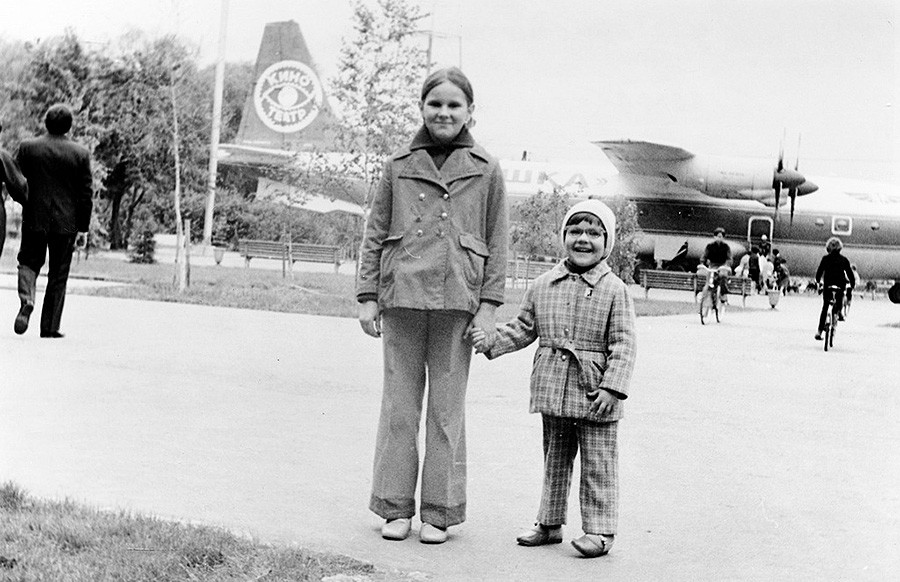 6. In Kazan’s Uritsky park, there was an Antonov plane, that had both a children’s cinema and café with ice cream.

7. Besides Antoshkas, there were also ‘Ilyushas’ (from the male name “Ilya”) custom-built out of Il-18s. They were installed in Penza, Novokuznetsk, Ivanovo and many other cities. The screen was located in the plane’s tail and its “hall” accommodated up to 60 people. 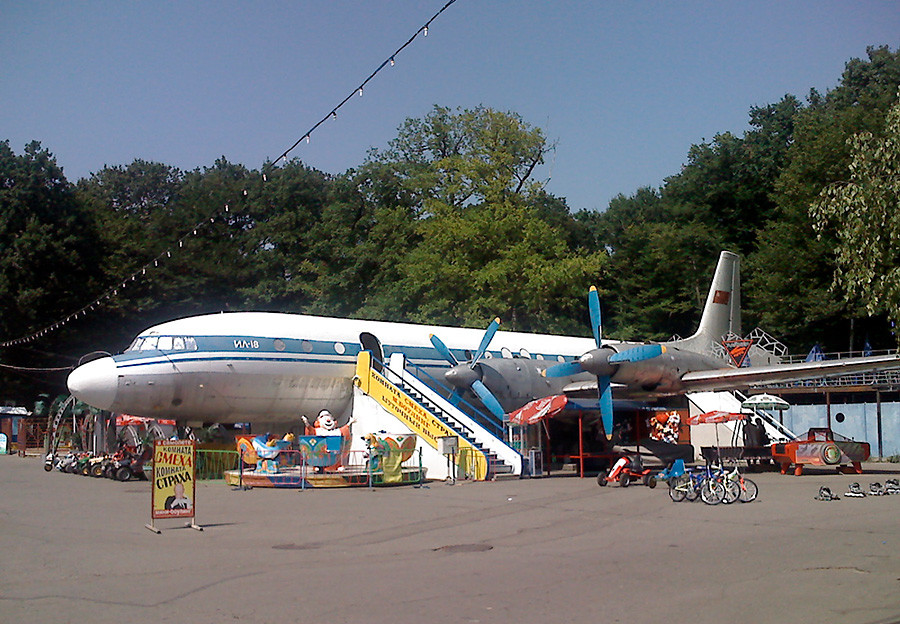 8. Sadly, almost none of these cinema planes survived to our days. In the 1990s, many of the grounded aircraft became the victim of vandals or sent for scrap metal. 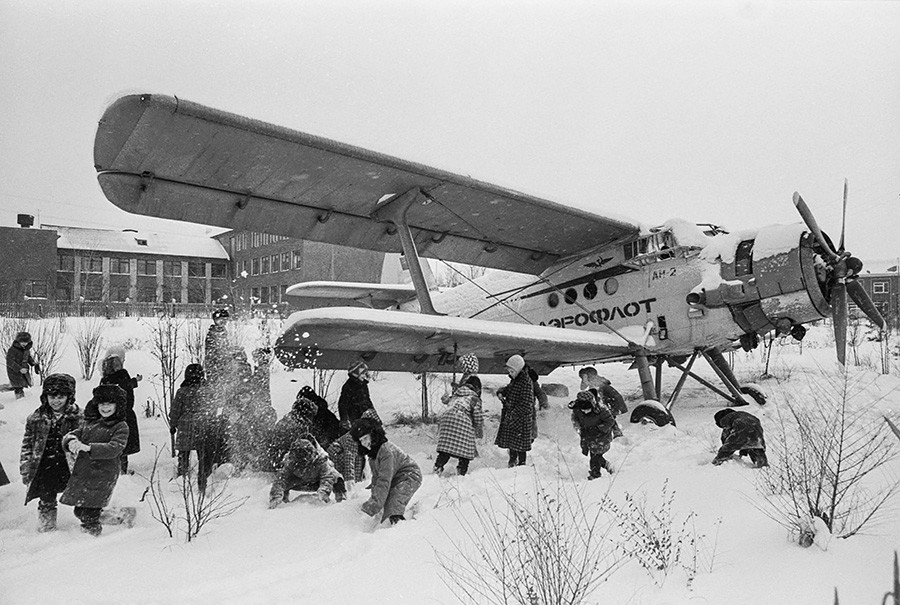 An An-2 cinema-plane. The village of Yagunovo, Kemerovo Region, Siberia, 1989.