7 things that the USSR unexpectedly put on WHEELS

Science & Tech
Eleonora Goldman
Would you live inside a barrel? Check out how far the Soviets went in solving logistic issues. 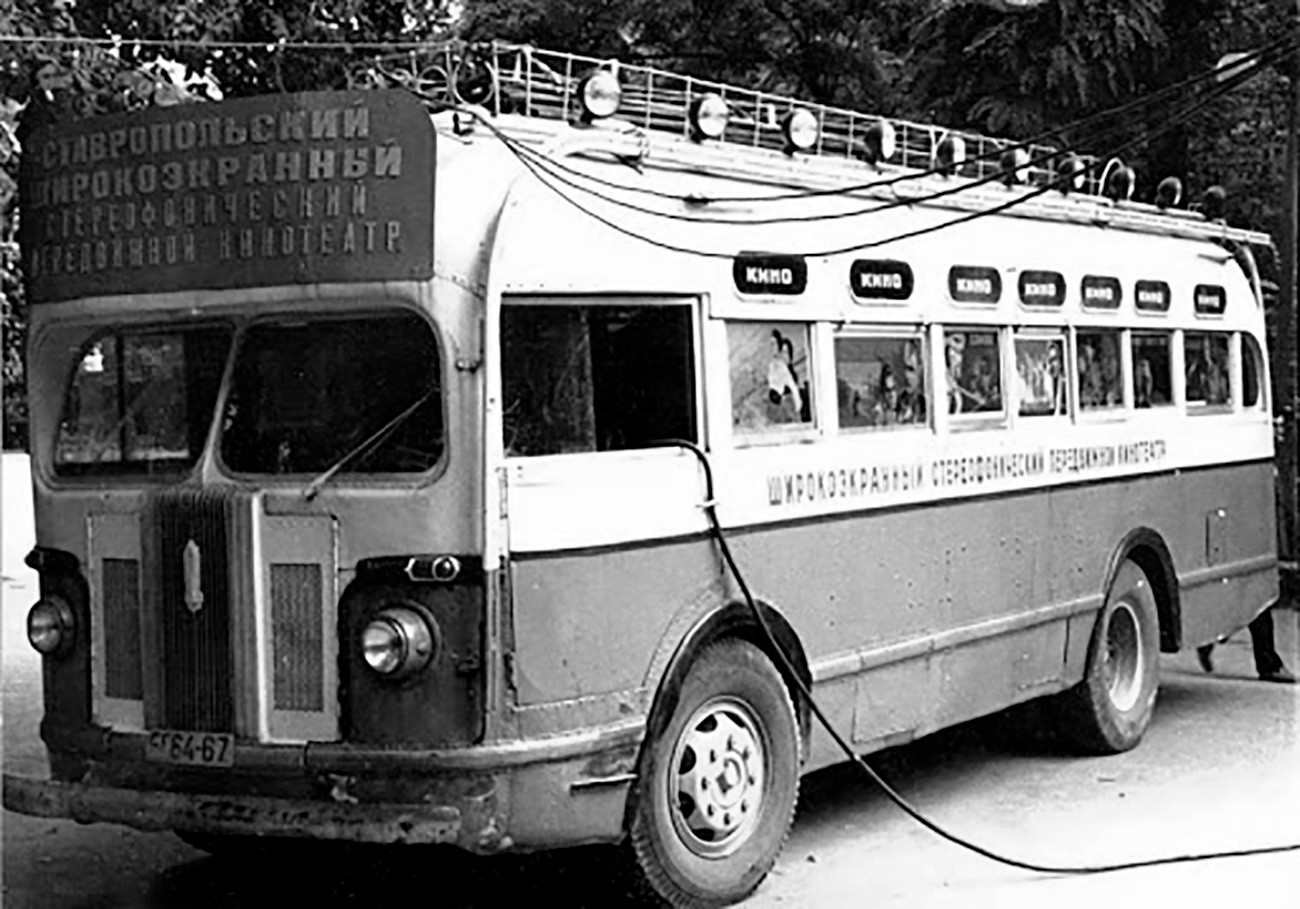 What kid doesn’t like cartoons? Soviet children had the opportunity to watch movies in mobile cinema buses. They were produced in the 1950s on the basis of the ZIS 155 bus and were called ‘Skazaka’ (“Fairy Tale”), ‘Malutka’ (“Baby”) and ‘Svetlyachok’ (“Firefly”). There were up to 28 seats and a movie projector with a screen inside. Windows were covered with blackout curtains. 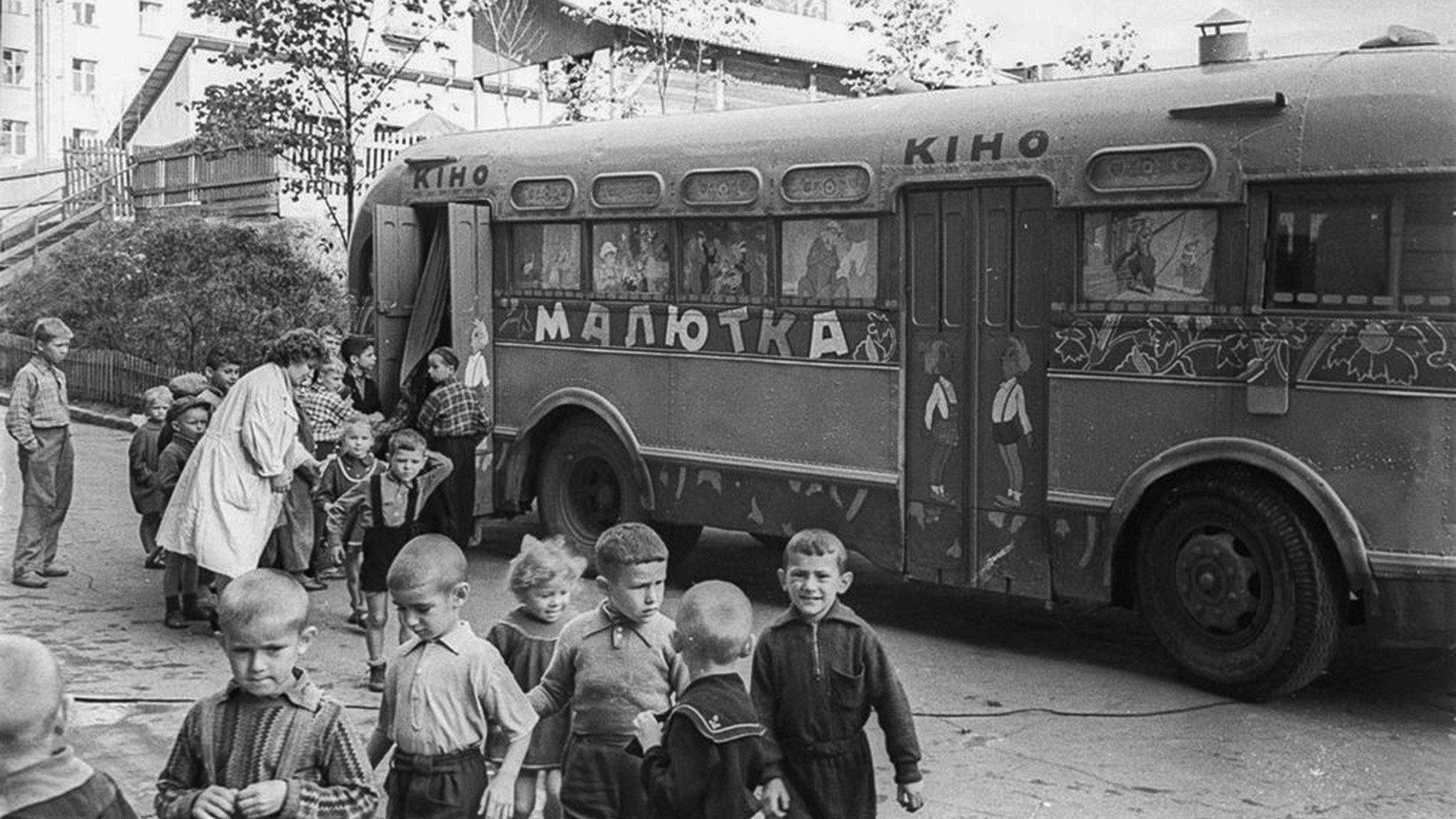 The cinema was free of charge or cost only a few kopecks (the equivalent of cents). Only imagine, that back in those days, a TV set was a super rare luxury gadget, so of course, kids would line up in droves! 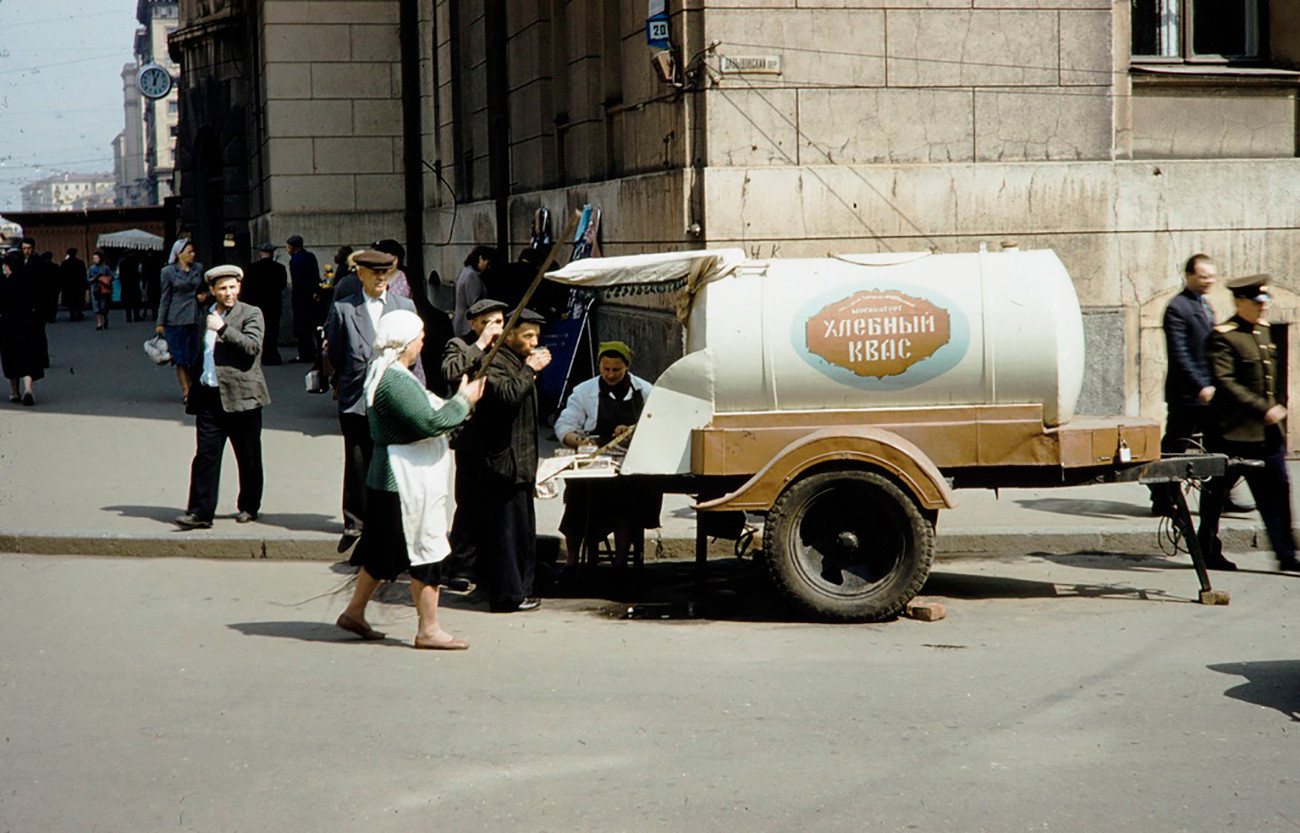 In summer, kvass (a traditional Russian soda from bread) is still one of the most popular drinks. In the late 1960s, special barrels on wheels appeared on Soviet streets that kept the kvass cold all day long. They were usually colored in yellow and equipped with taps and a tent to protect the drink from the sun. 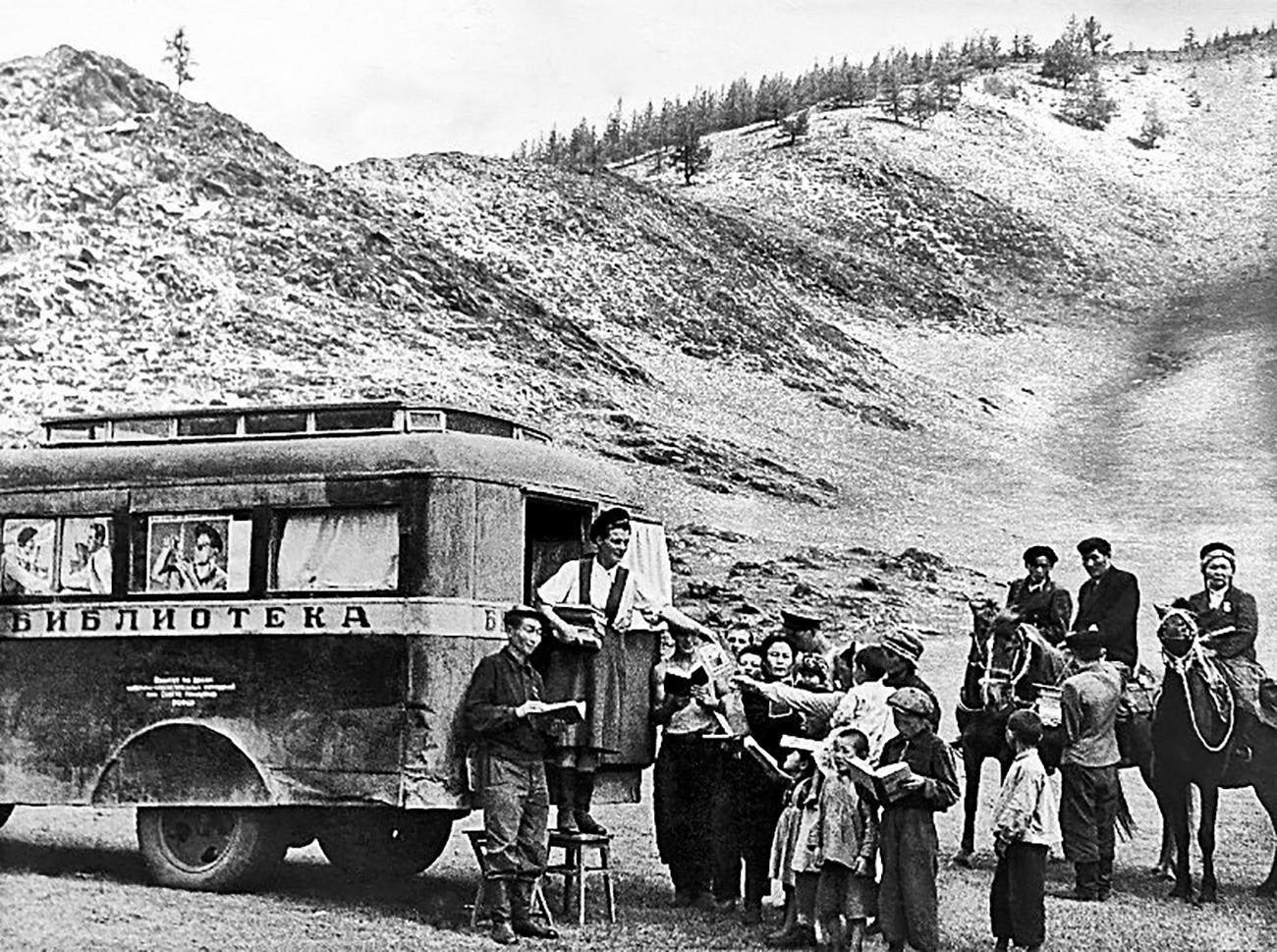 Libraries were in most cities of the USSR, but in remote villages it was rather hard to find reading material. Mobile libraries (nicknamed “bibliobuses”) appeared in the pre-war years: some libraries dispatched several such vehicles. They were also sent to construction sites and kolkhozes (collective farms). 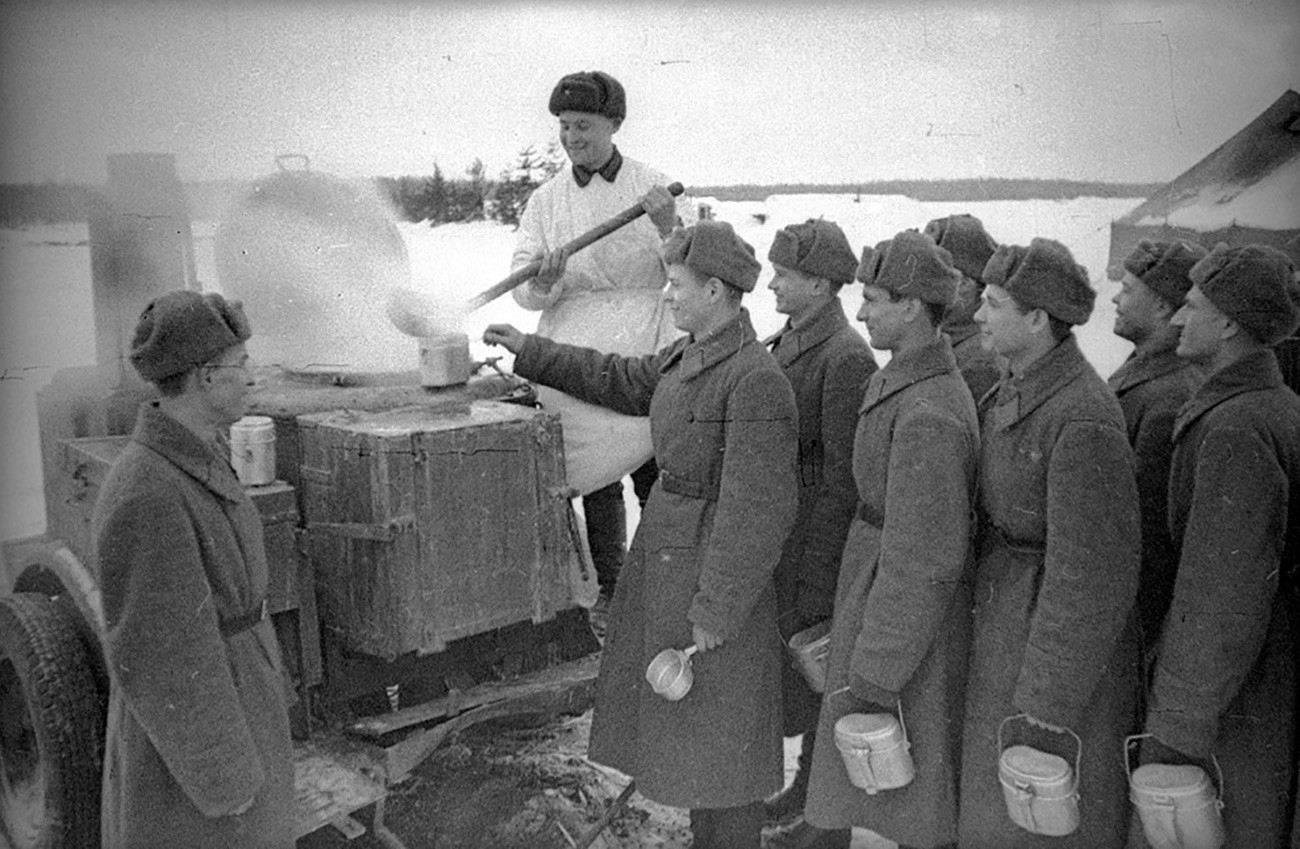 Field kitchen for the army.

Initially, field kitchens appeared in the Russian Empire’s army on horse carts. In the Soviet years, it was modified and put on the back of GAZ-AA trucks. 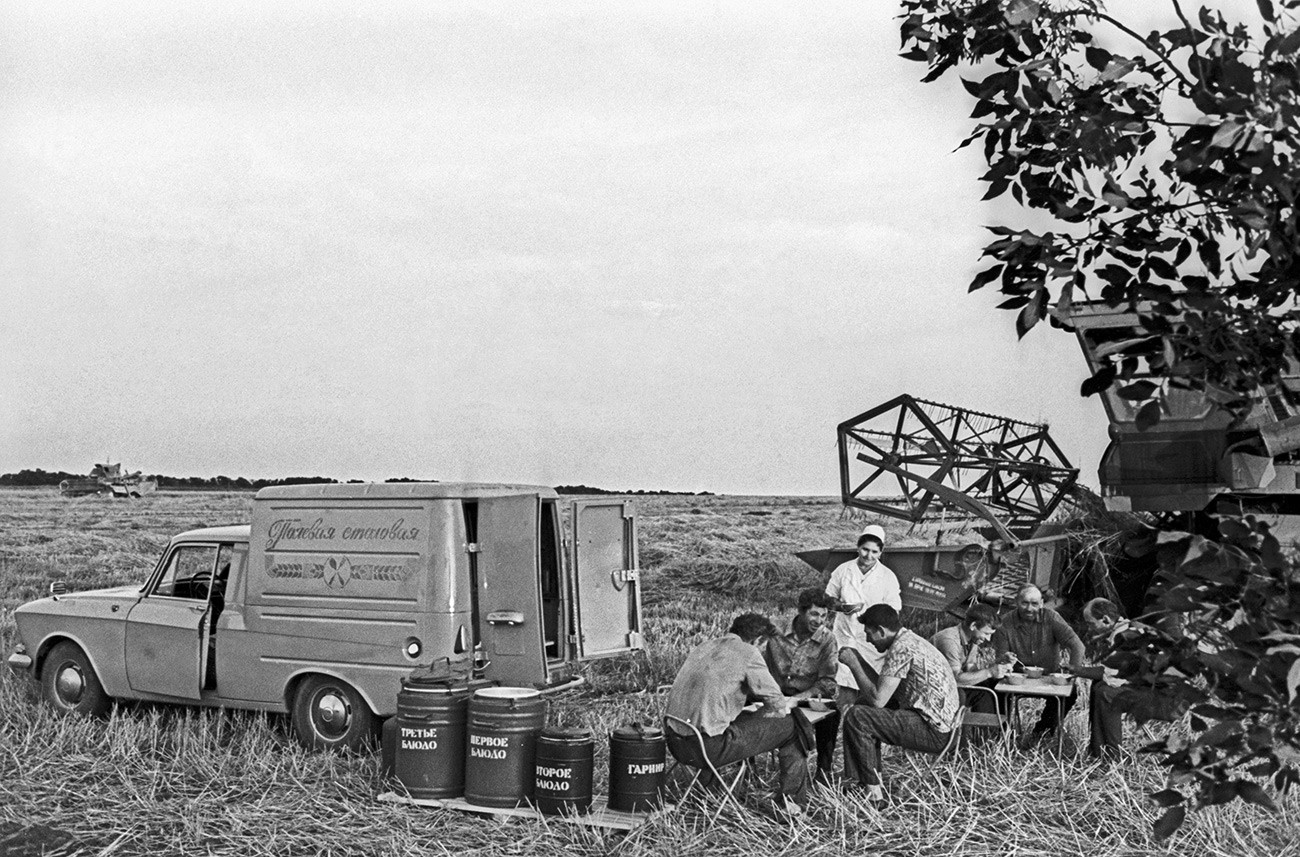 In peacetime, field kitchens brought hot dinners to workers in distant sites of the country. 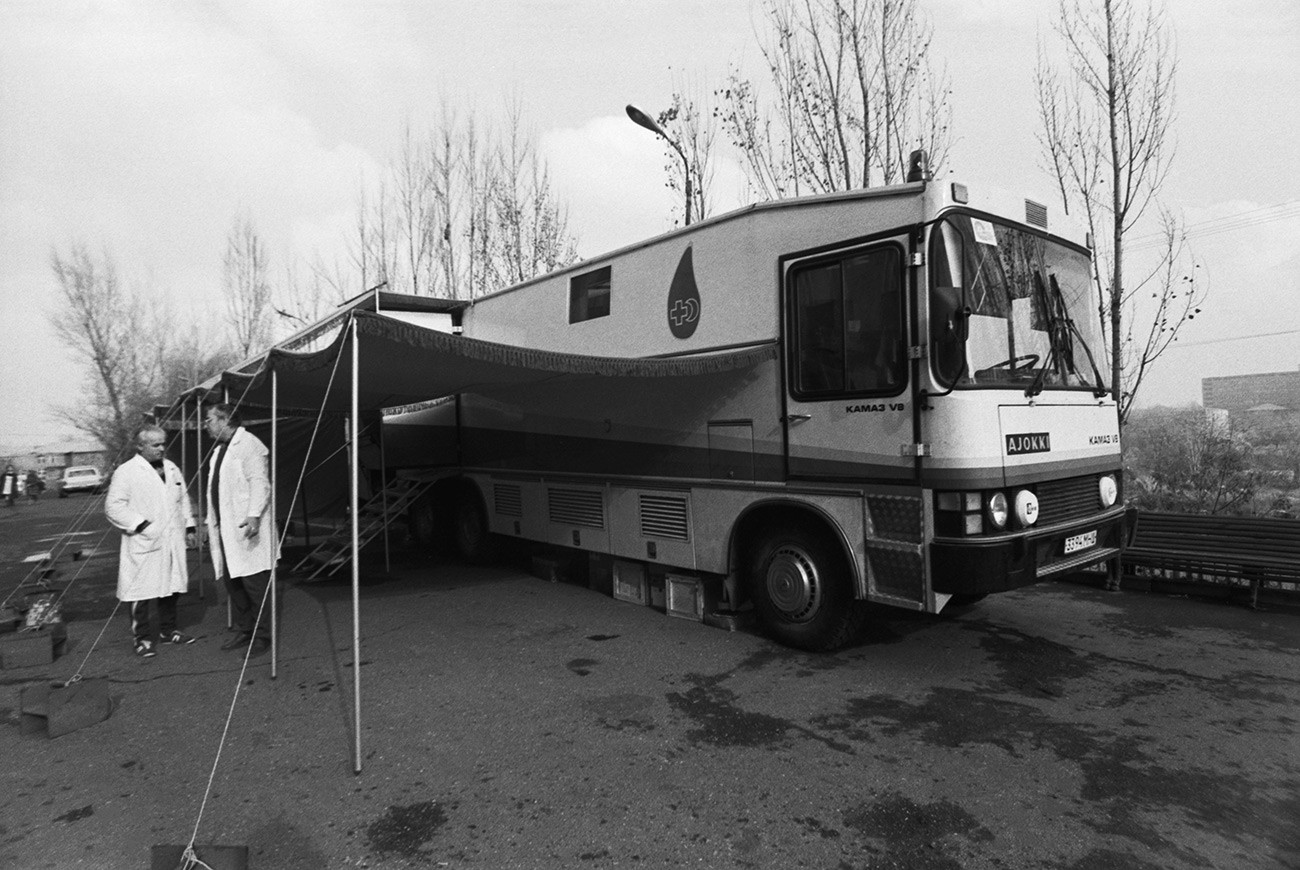 Mobile blood transfusion station in Yerevan after the earthquake in Armenian SSR, 1988.

First mobile blood transfusion stations appeared for soldiers in 1942. In the post-war years, the Soviet Union created the system of mobile blood stations to supply hospitals. Every year, special teams went to various parts of the country for 2-3 weeks and citizens came and voluntarily donated blood. 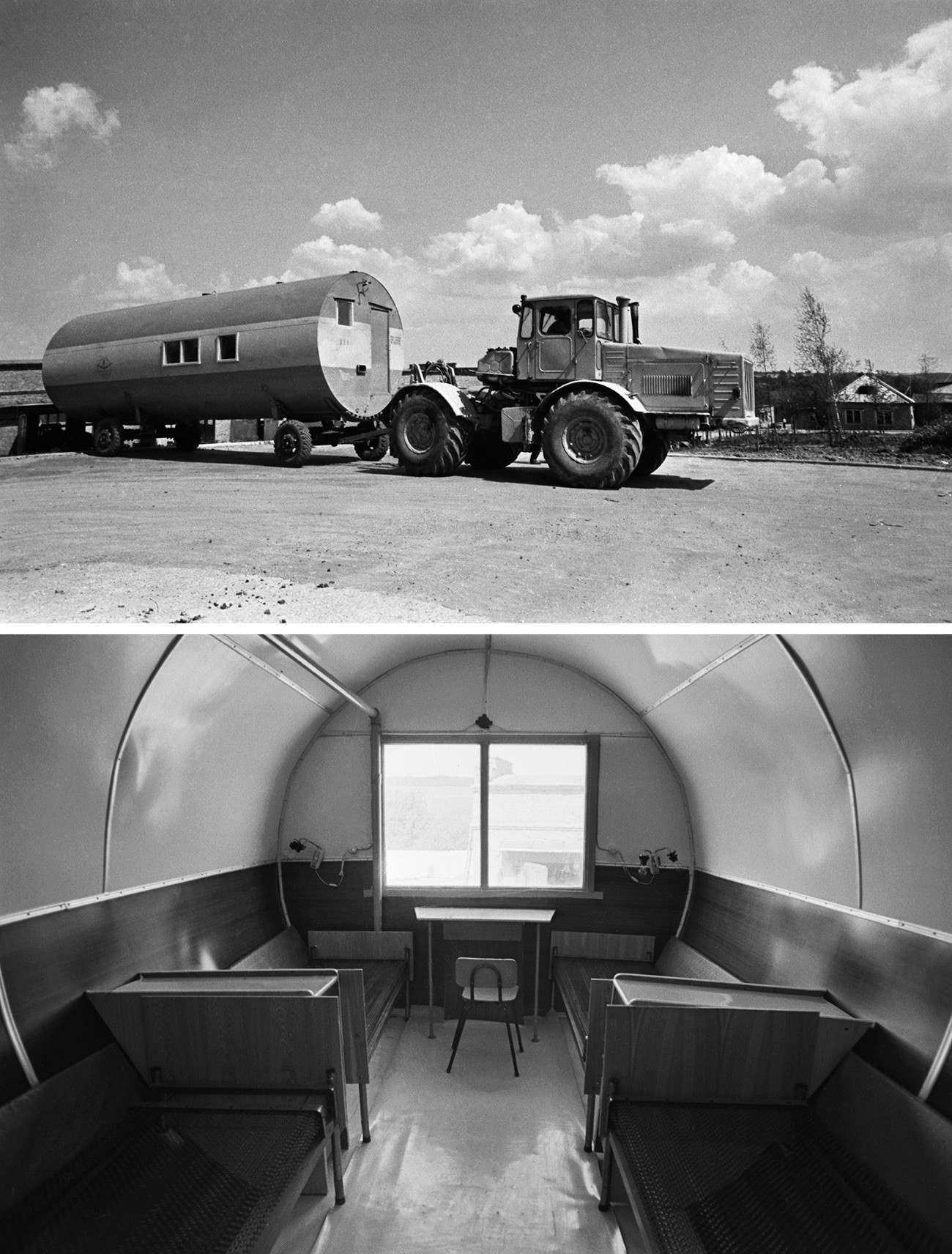 Life in a tank is far from fantastic! In the Soviet years, scientists actively explored the Arctic and Antarctic and tried to solve the problem of survival in extremely cold conditions. In 1975, they developed a block in the shape of a cylinder that could be transported as a trailer. They were much warmer than the trailers that were used before. At -50°C to -60°C (-58°F to -76°F) outside, inside it was no colder than +16°C (+60°F). These tanks were also resistant to strong winds. There was a kitchen, a bedroom for 4 persons and a boiler room. The heating system was hidden under the floor, and the ventilation system was above the ceiling. However, the length of the tank was only 10 meters. 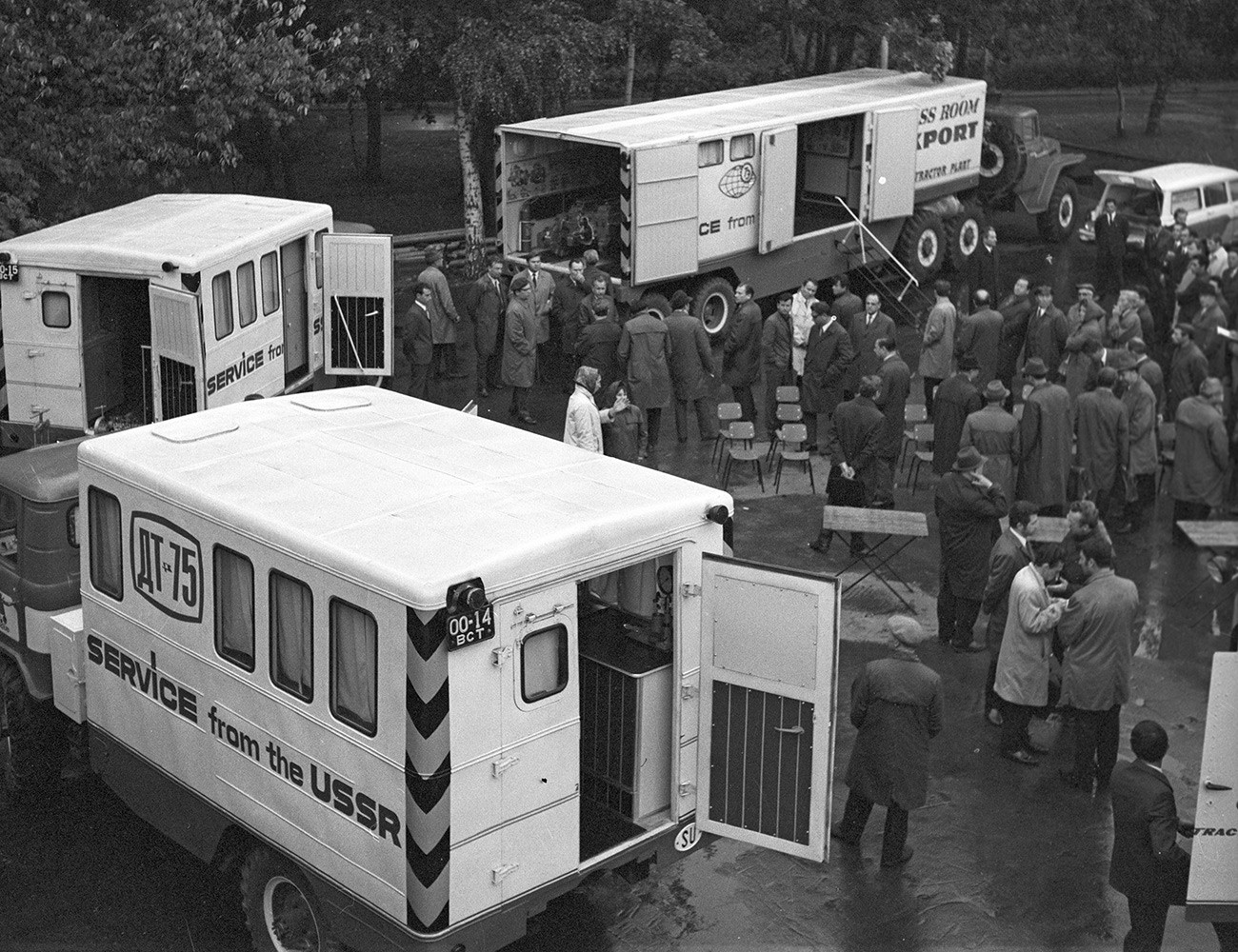 This school on wheels was created the Volgograd tractor plant for machine operators in Poland, 1975.

Mobile classrooms were sent to areas where these institutions did not exist. For example, DOSAAF (the organization engaged in training drivers), had a mobile class on the basis of a GAZ-51A with places for classes and simulators.